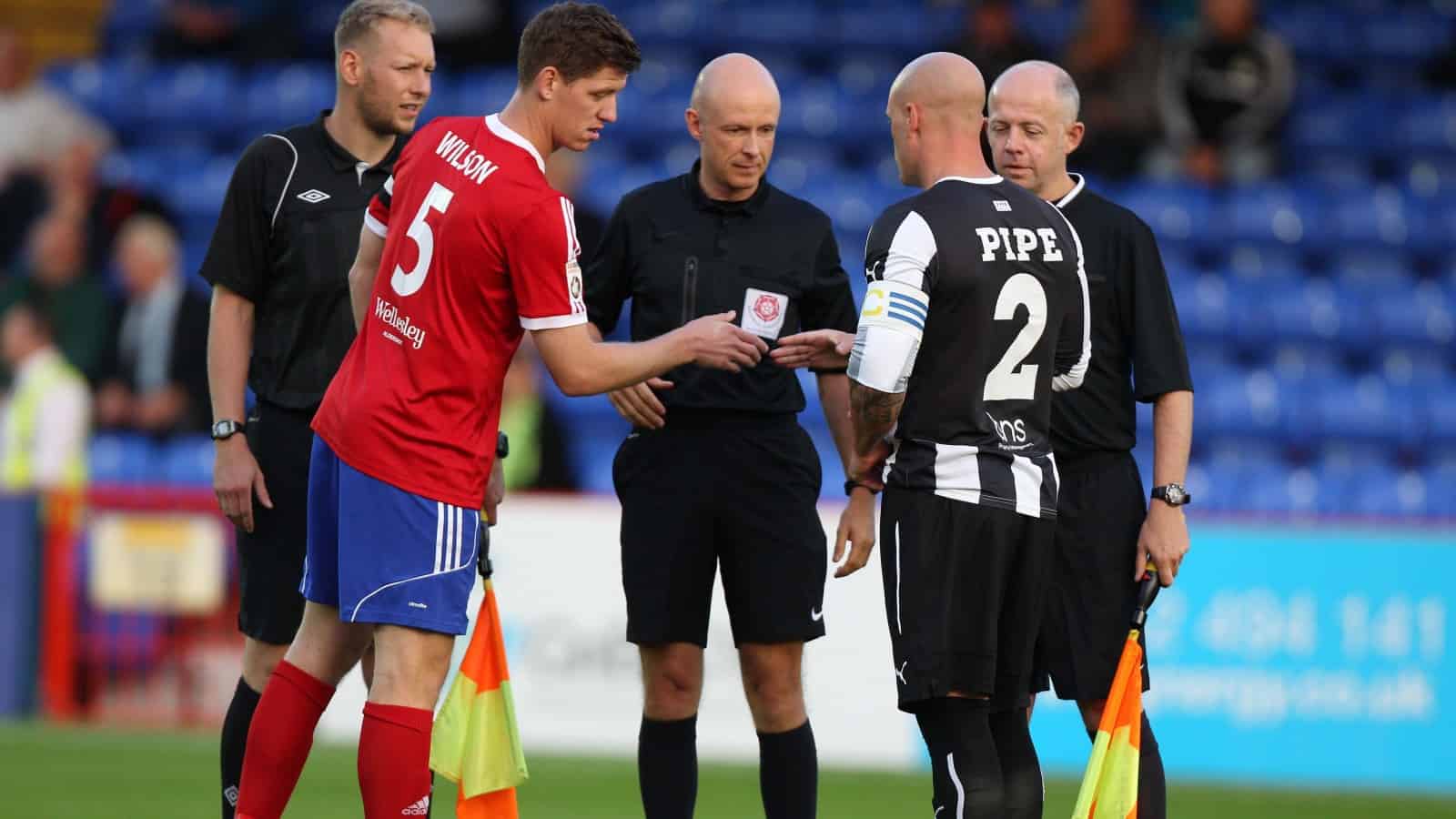 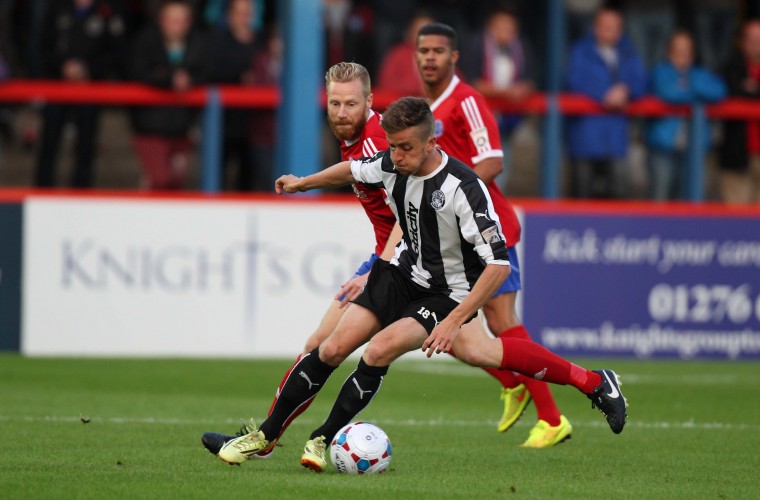 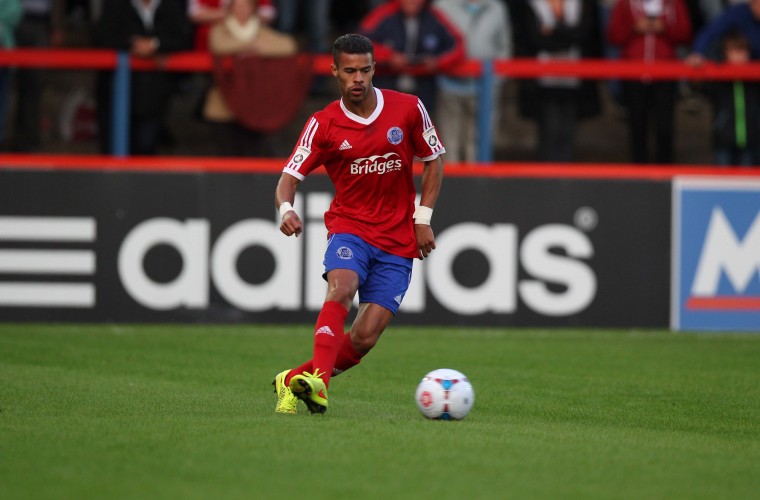 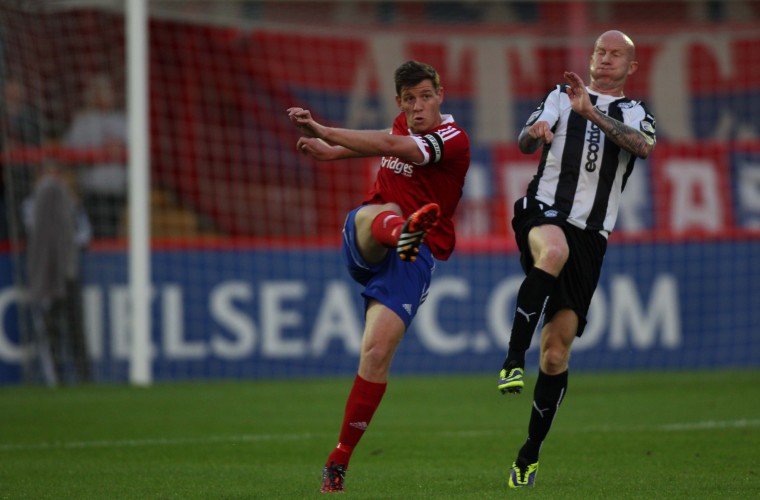 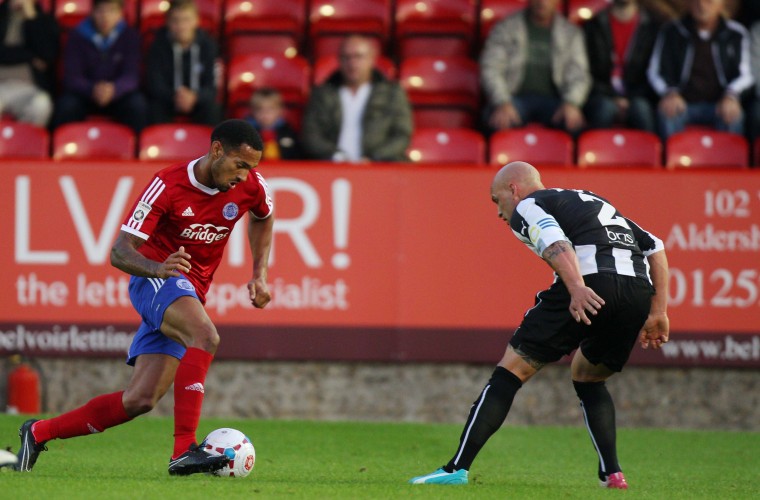 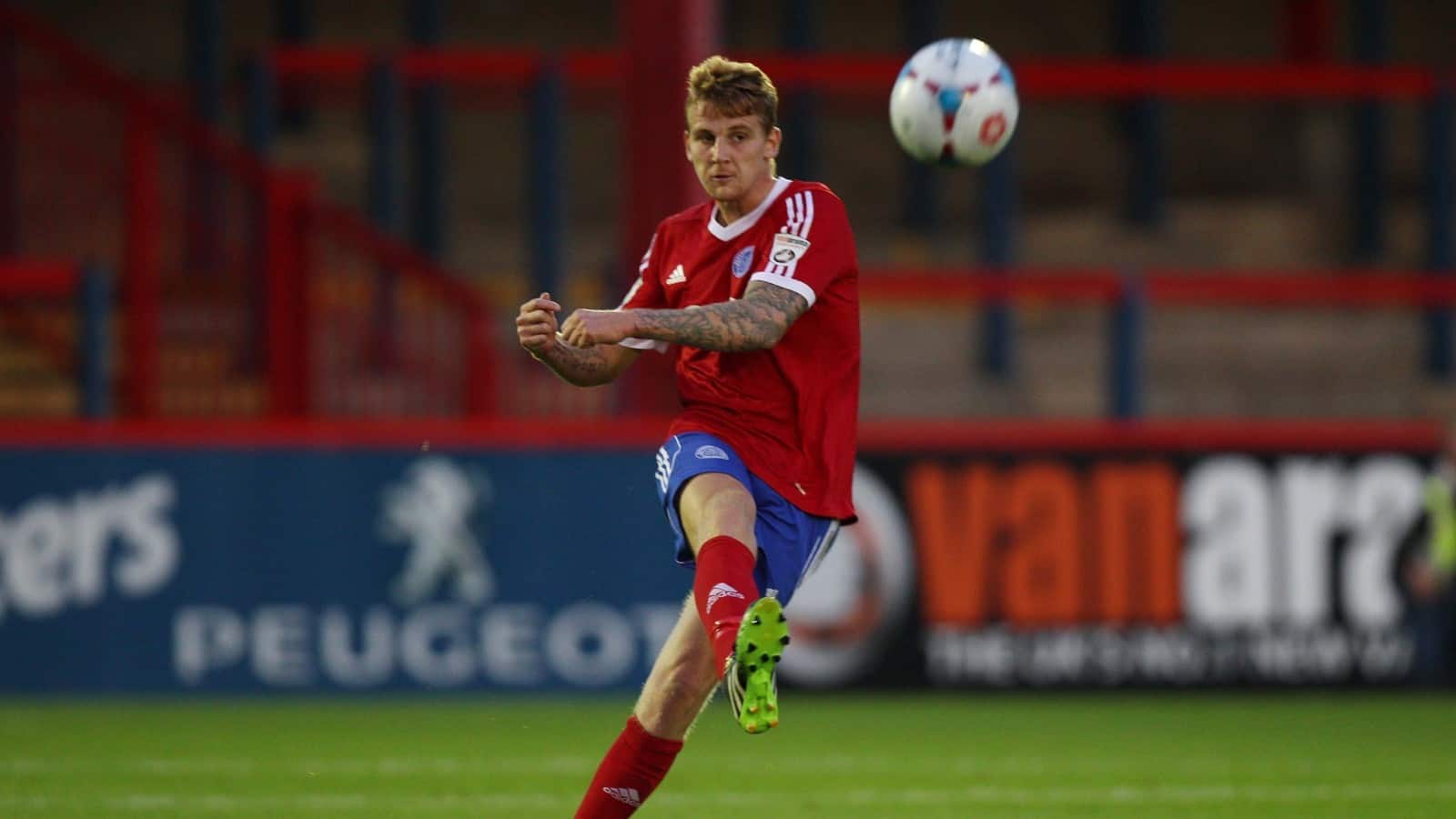 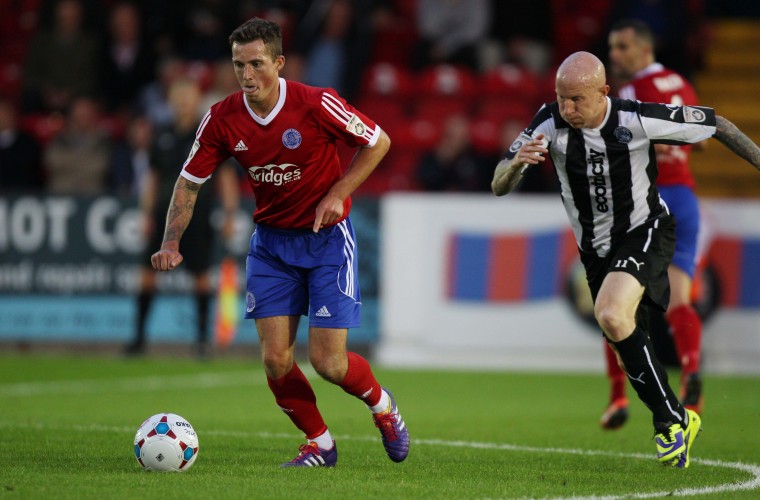 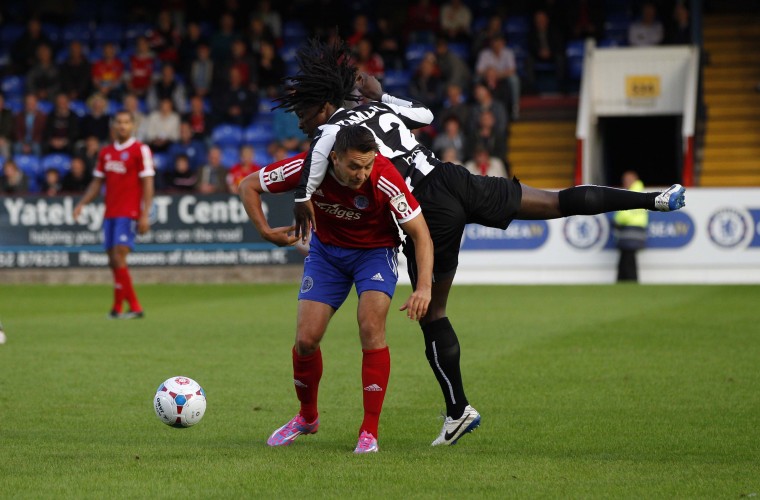 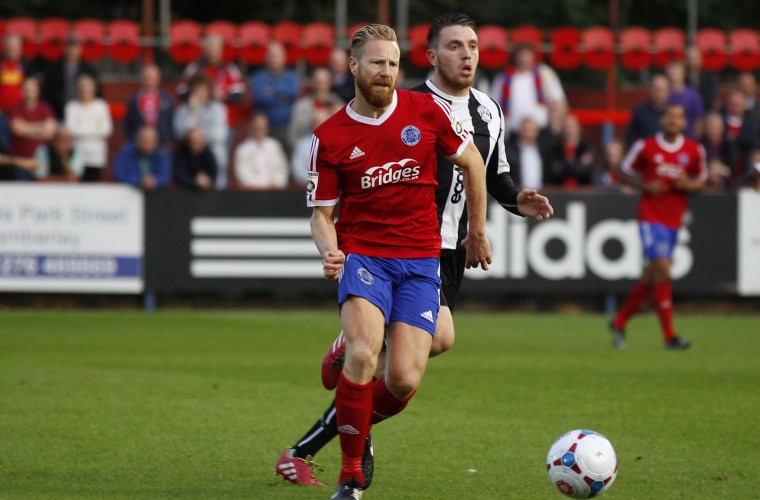 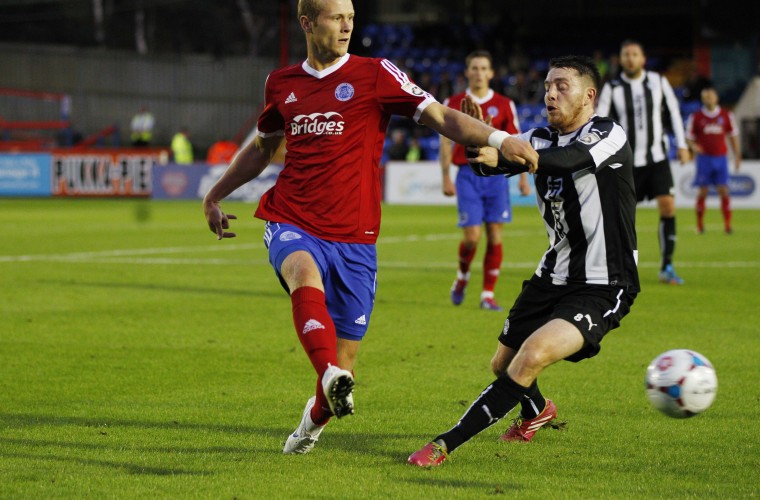 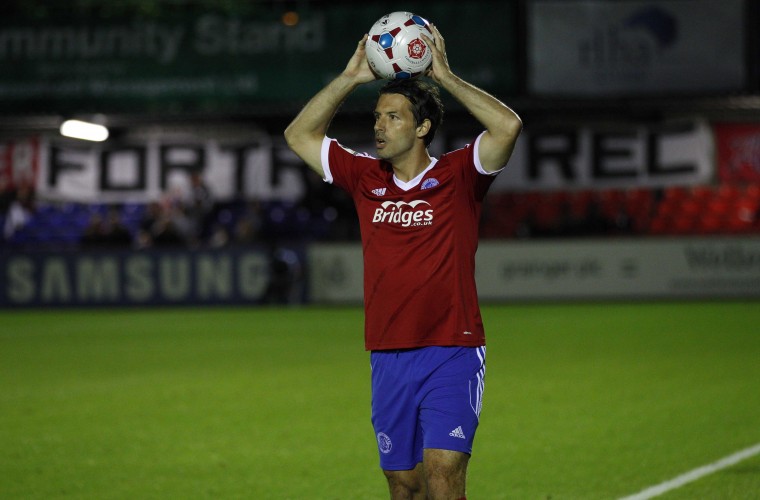 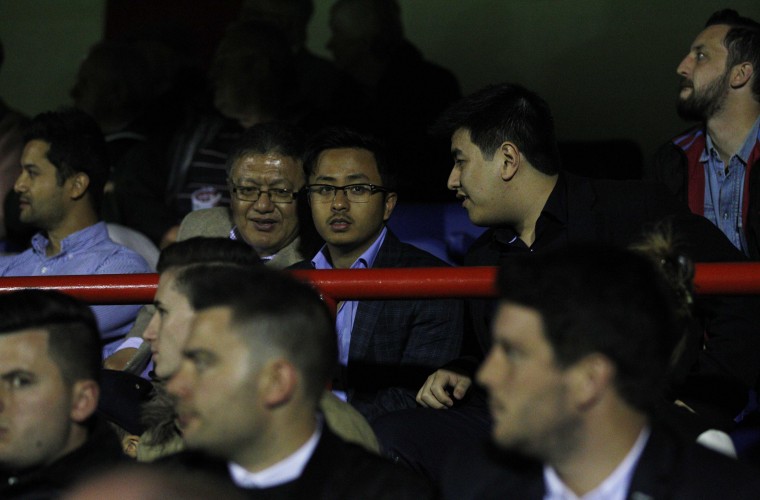 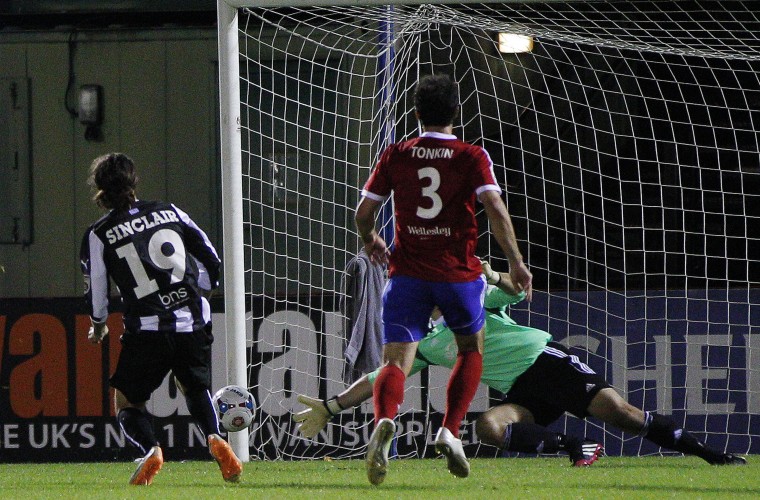 Brett Williams’ 37th minute penalty – his third goal in four games – had given The Shots a half-time lead but veteran Lee Hughes headed an equaliser which ensured a point apiece and, ultimately, a fair result.

With only loanee Kieron Forbes unavailable for selection, Andy Scott made two changes to the side which beat Telford, giving Sam Hatton his first start and restoring Mark Molesley to the right flank.

In a cagey but fascinating opening which saw defences very much on top, Damon Lathrope had the game’s first shot, on eight minutes, as he robbed Kamdjo and hit a 25-yarder rising over the crossbar. Hughes hooked a volley from which Phil Smith made a comfortable save, in the 24th minute, and even though chances were scarce this remained an enthralling fixture.

That effort sparked a period of ascendancy for the visitors – as Smith had to claw away Sinclair’s cross from underneath the bar, two snapshots were blocked and both Parkin and Frear hit angled drives – but then came the suckerpunch.

Jinking into the box from the left wing, Jordan Roberts induced a foul from David Pipe and Williams needed no second invitation to blast a penalty straight down the middle of the goal.

Despite losing Chris Barker to a calf strain, The Shots ended the half in an assured manner, attacking with pace and gusto whilst denying Rovers time and space on the ball. Russell produced a flying save from Molesley’s curling shot and the hosts returned to the dressing room with a spring in their step.

Predictably, Forest Green were a renewed force after the break, yet found Smith in inspired form. Scampering in behind the defence, Hughes seemed certain to equalise on 48 minutes until the goalkeeper stood strong to block his attempted flick into the bottom corner. Soon, Parkin’s astute pass found Sinclair in space only for Smith to make another fine save, one-on-one.

However, the resulting corner from the left, swung in by Sinclair on 58 minutes, invited Hughes to make a typically intuitive run to the near-post, where he found half-a-yard of space to direct a header into the top corner of the net.

Kamdjo then found Smith again in unbeatable form, as his momentary hesitation allowed a point-blank shot to be smothered, and, with the introduction of Dan Fitchett, it was Aldershot Town who ended the game stronger.

His falling, hooked volley, as Hatton’s corner wreaked havoc in the Rovers six-yard box, would have been a spectacular winner had it not flown into the East Bank, but still it required a vital clearance from Tonkin, just ahead of the onrushing Parkin, to preserve parity.