Aldershot Town’s new Foundation will seek to work with every local charity and community group in the area to reinforce the Club’s position at the heart of the community and make a difference through the power of football.

The Foundation, a registered charity, will be officially launched at the EBB Stadium on Friday 28 July, as The Shots host AFC Wimbledon in a pre-season friendly.

Aiming to raise aspirations and inspire all members of the community, the Foundation will promote active and healthy lifestyles, and allow as many people as possible to play football regardless of age, ability or circumstances.

In its desire to be one of the most diverse and inclusive clubs in the country, Aldershot Town already has strong links with the town’s Nepalese and Garrison communities, as well as local schools, and has twice won the Inspire Award for Business in the Community.

The Foundation will augment those successes by working with Rushmoor residents who live in some of the most disadvantaged areas in the UK to improve standards in education, health and mental wellbeing.

A Board of Trustees has been appointed, led by Janice Samuels, Human Resources Manager at Enterprise Rent-a-Car, with a Foundation Manager currently being recruited to develop and co-ordinate a full engagement programme. Click here for details.

Applications are also being sought from charities, community groups, schools, youth organisations and businesses wishing to work with the Shots Foundation, who are invited to contact Samuels via janice.samuels@shotsfoundation.org or Steve Gibbs on 01252 320211 to discuss their requirements.

“We will raise aspirations, provide opportunities and embrace the diversity of our community through the medium of sport,” explained Samuels, pictured with first-team manager Gary Waddock. “The Club already has some very clear commitments to its corporate social responsibility obligations and the Foundation will represent the Club in the community.

“I have a passion for seeing people strive to be the best that they can be. We want to reach out to as many people as possible, from all sectors of our community and through as diverse a range of initiatives as possible, to promote inclusion and get everybody working together for the greater good.”

Aldershot Town Chairman Shahid Azeem continued: “The Club is already at the heart of its community and we know that the Foundation will only strengthen that position. We can make a real and vital difference to people’s lives with our work, and help our communities to address the challenges that they face every day.

“Such work is always a partnership, and we are immensely grateful for the support that we have enjoyed from Rushmoor Borough Council and all of our partners, sponsors, staff and volunteers in the past. Now, though, is the time to redouble our efforts, to really push forward and change lives for the better.”

The Foundation trustees are:

Janice Samuels (Chair): A locally-based Human Resources Manager with a commitment to ensuring that diversity and inclusion are at the heart of every business decision. Janice has chaired Enterprise Rent-A-Car’s Diversity Career and Family Focus Group for the past four years and worked on a variety of initiatives with local charitable organisations.

Shahid Azeem: An award-winning British-Pakistani entrepreneur widely known amongst Surrey’s business leaders, Shahid is Managing Director of Arcom IT Ltd. He has been named by RBS as ‘one of the top 100 most influential Muslims in the UK’ and was named Asian Entrepreneur of the Year in 2006-07 and Pakistani Entrepreneur 2011.

Major (Retd) Damar Ghale MBE: One of the founders of the Buddhist Community Centre (BCC) UK and a prominent member of the UK’s Nepalese community, Ghale served in the British Army for 27 years and was awarded the MBE in 2000 for distinguished military service. He has also received community awards from both Surrey and Hampshire County Councils.

Tracy Jarvis: Founder and Managing Director of the Community Matters Partnership, an organisation which helps businesses build partnerships and launch projects within their communities, Tracy was born in Aldershot and has also been a prolific striker for the Shots Ladies team. She has won the BBC Social Entrepreneur, Social Enterprise Vision and Enterprise Growth awards and is now a business consultant working to develop Corporate Social Responsibly strategies.

Lt Col Nigel ‘Mac’ MacGregor: Commander of Aldershot Garrison since June 2015, Mac’s role is about sustaining the military community of Aldershot, with an emphasis on maintaining the Army’s active role in the local community.  Aldershot being home to most Army sports, Mac is passionate about promoting healthy and active lifestyles and is currently also the chair to the Community Matters Partnership Project.

Paul Marcus: An experienced business leader and digital media professional, Paul has been Managing Director of Eagle Radio since 2006. A lifelong Shots supporter, he was also a trustee of Aldershot Town’s Football in the Community Trust and in 2012 helped to launch the Community Stand at the EBB Stadium. He has served as a Director for the Surrey Chambers of Commerce and is a former Sunday Times ‘Best Companies’ winner.

Maurice Sheehan: An elected member of Rushmoor Borough Council representing Rowhill Ward in Aldershot. He is the Cabinet member with responsibility for Leisure and Youth services and plays a leading role in overseeing the council’s regeneration programme for Aldershot town centre. 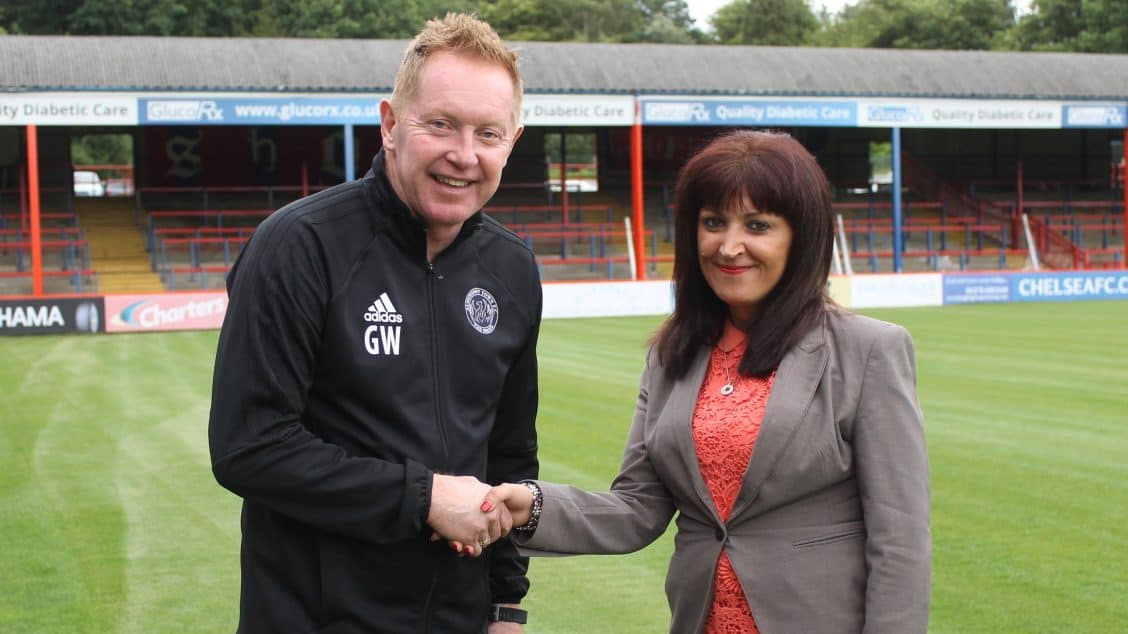