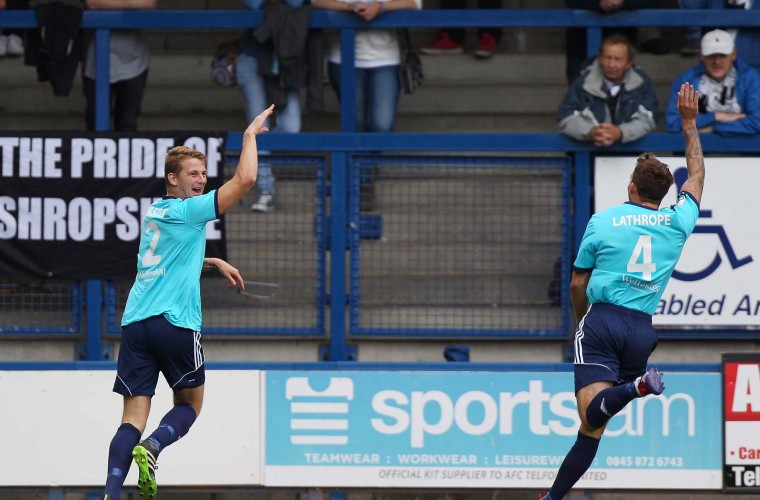 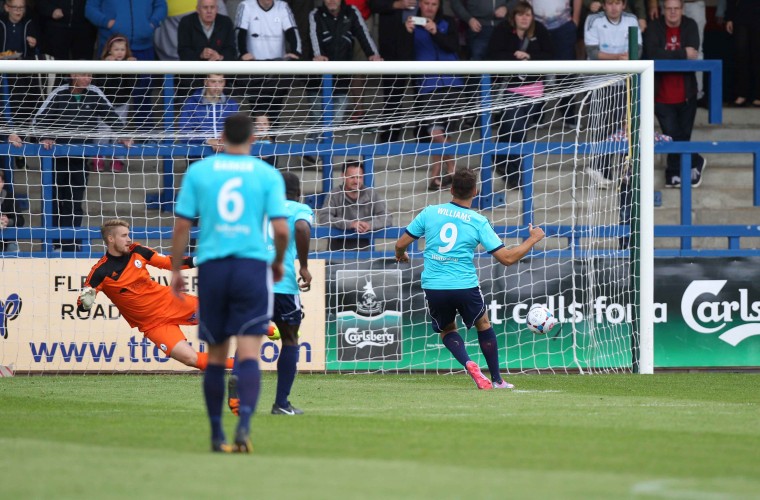 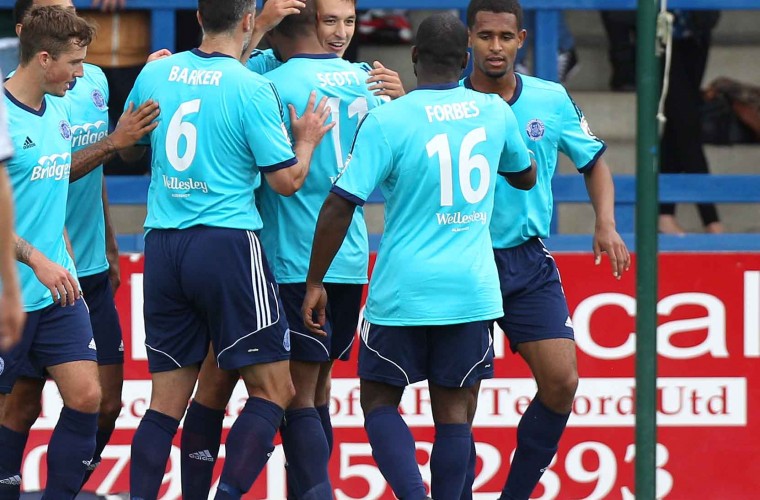 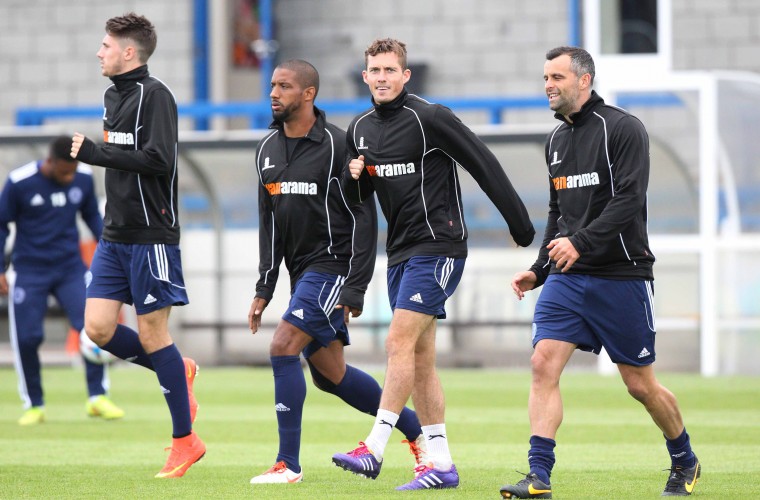 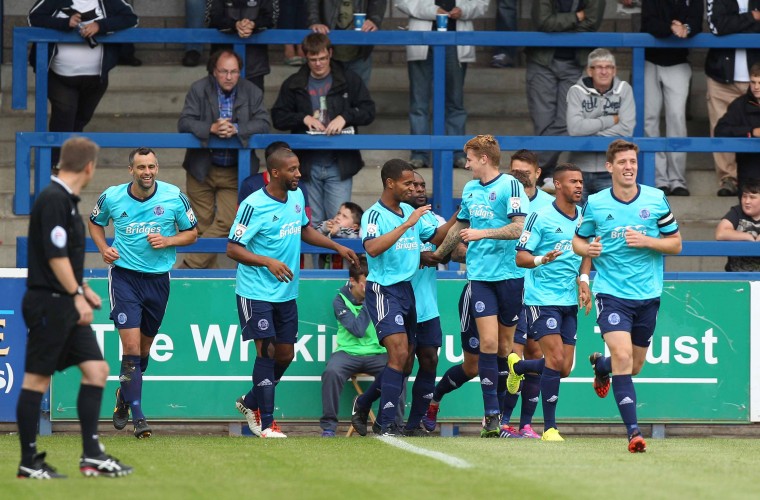 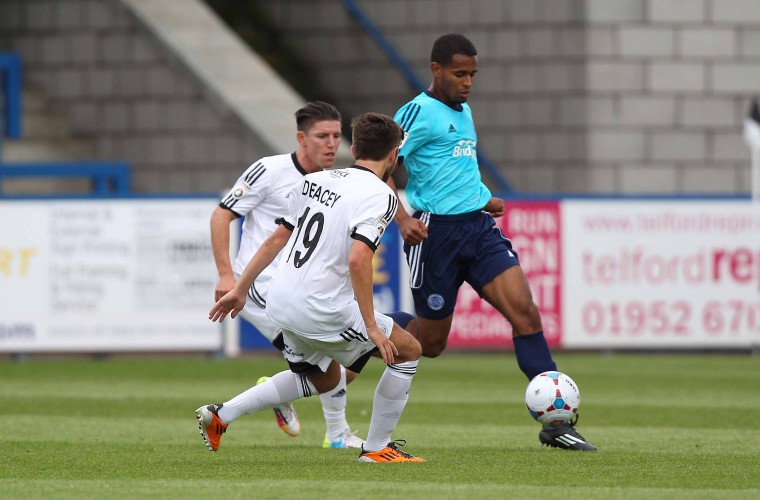 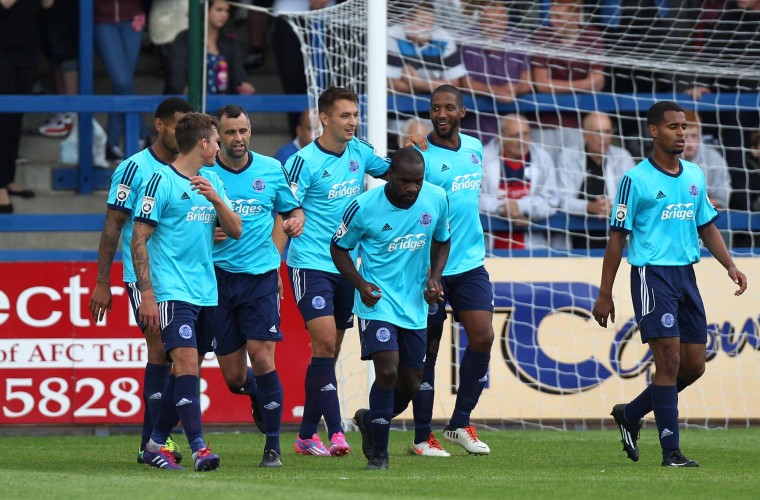 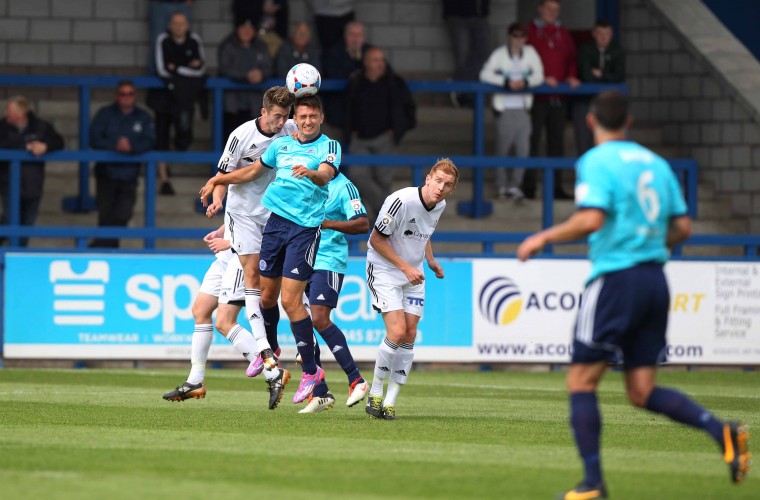 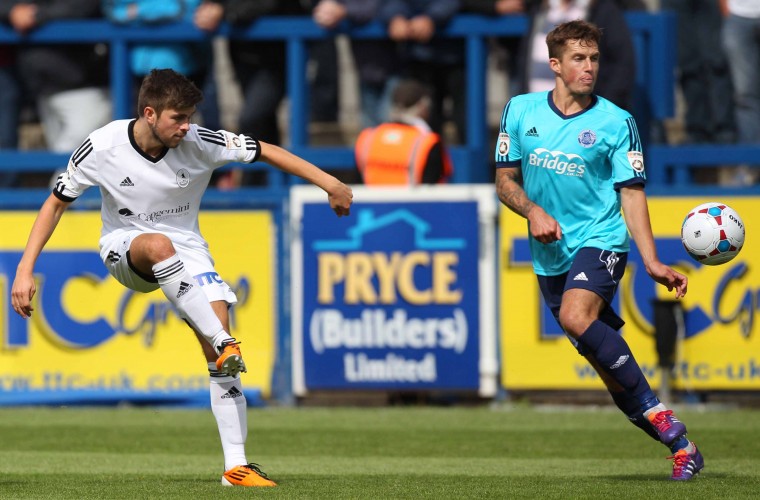 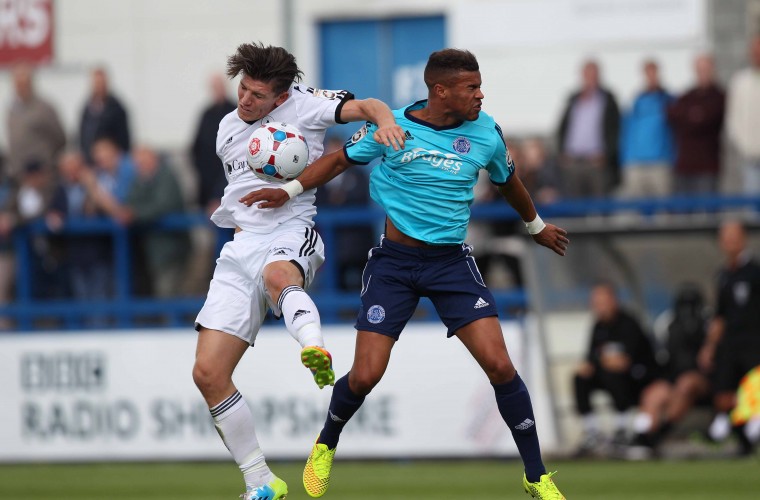 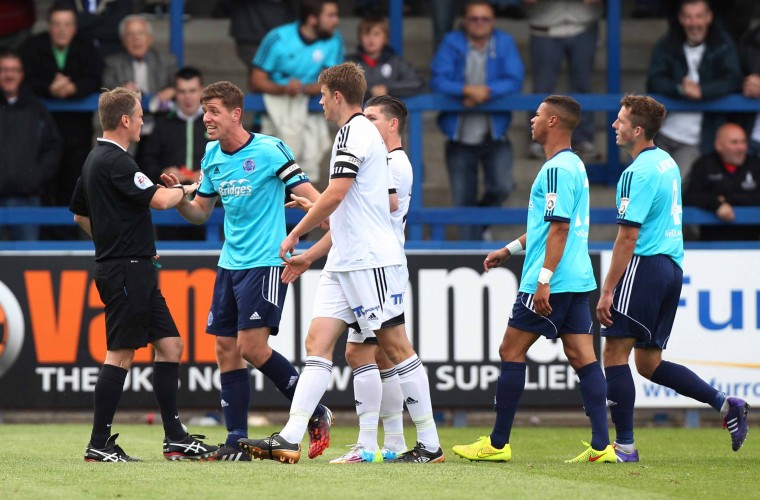 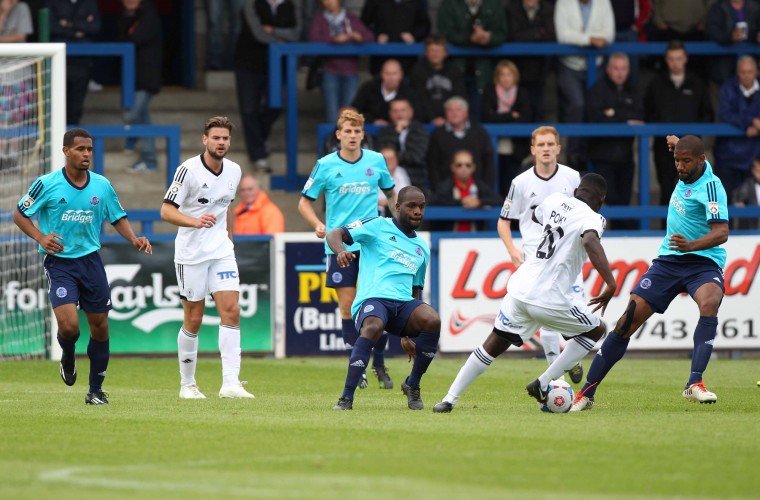 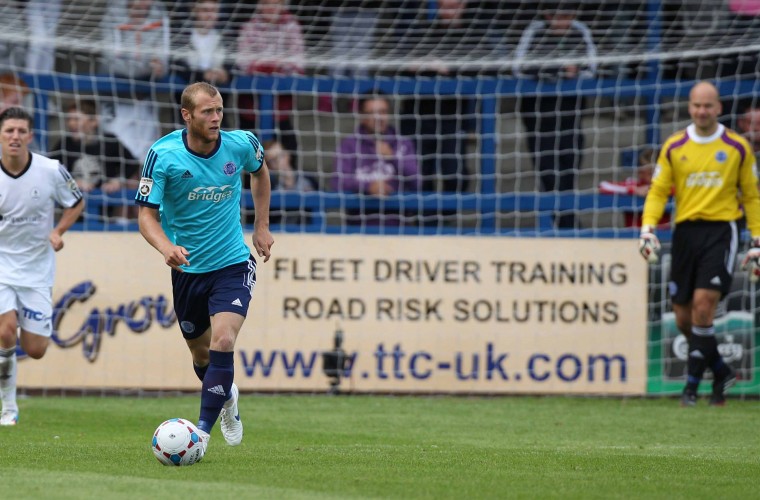 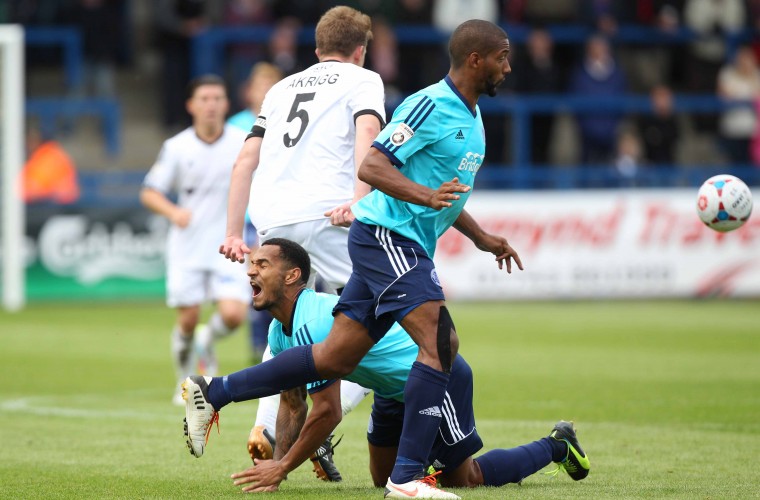 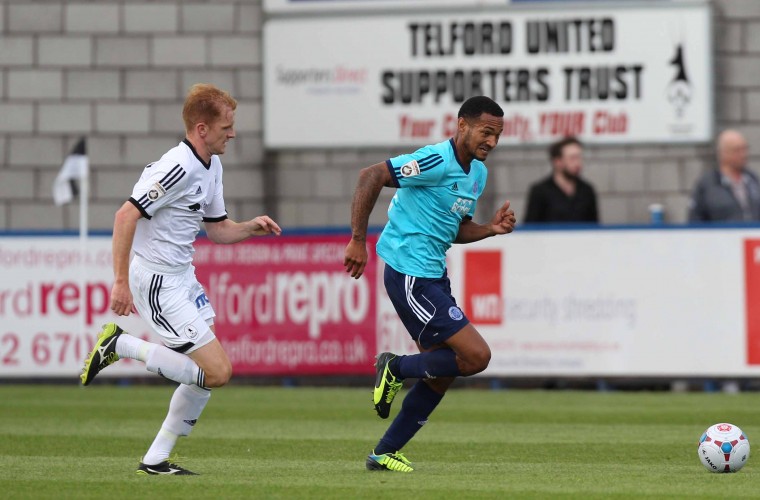 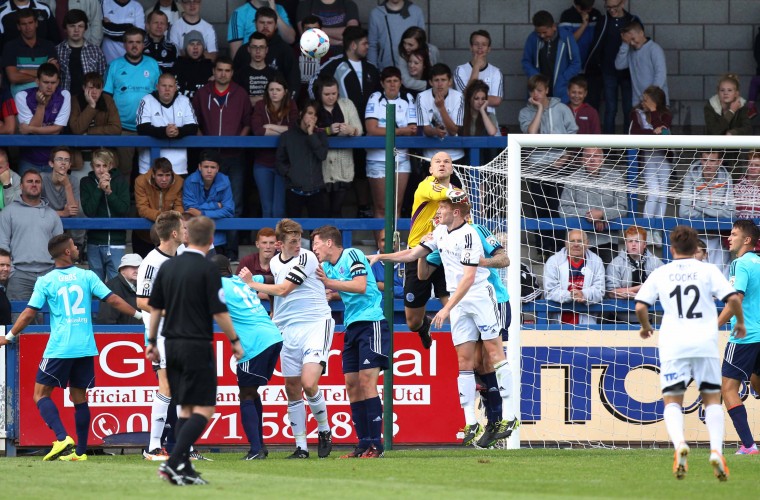 Aldershot Town returned from Shropshire with a thoroughly deserved three points, following a dominant display capped by first half strikes from Joe Oastler and Brett Williams.

Manager Andy Scott made just one, enforced change to the starting line-up that had lost to a 94th minute goal in Shots previous match at Eastleigh on Thursday. Joe N’Guessan came into the side for his full Aldershot Town debut to replace Mark Molesley (tendonitis) on the right side of midfield.

Having secured the early advantage, The Shots’ continued to dominate proceedings and produced a first half display full of attacking intent. Williams and his strike partner Josh Scott set the tone, working tirelessly from the front. Lathrope and ‘birthday boy’ Kieron Forbes won the midfield battle and behind them, Oastler, Jaydon Gibbs, Glenn Wilson and the evergreen Chris Barker were commanding throughout.

A quarter of an hour in, Williams –fed once again by Scott, unleashed a pile driver of a shot, which Hedge, in the Telford goal got across well to stop and hold on to. Telford rarely threatened in the opening half an hour, although Shots keeper Phil Smith had to be quick off his line a couple of times to snuff out potential danger.
Such was Aldershot’s dominance that it came as no surprise when they doubled their lead in the 25th minute. Scott turned sharply inside the box and drew a foul from Akrigg. Referee Paul Rees showed no hesitation in pointing to the spot. Soft? – Maybe. Clumsy? – For sure. It mattered not to Brett Williams, who stepped up confidently, sent Hedge the wrong way and dispatched the penalty into the corner of the Telford net.

As half time approached, The Shots’ may well have been awarded another penalty, for what looked suspiciously like hand-to-ball, but on this occasion, Referee Rees was unmoved. Williams dispossessed Akrigg on 42 minutes and bore down on goal, but Hedge was off his line quickly to smother the ball.

The interval approached, but there was still time for Mike Phenix to spurn two opportunities to give Telford a way back into the match when first, he shot over from 12 yards and moments later, rounded Smith but failed to compose himself and shot wide from even closer range.

The home side left the field of play to a chorus of boos at the break, their supporters demanding a change of either personnel or effort. They did get the latter, as boss Liam Watson sent his troops out with renewed determination. Telford quickly won a corner and then soon after a free kick on the edge of the area, but the Shots defence coped admirably with whatever the home team threw at them in what turned out to be a scrappy second half.

Andy Scott’s first change on 64 minutes was an enforced one, as N’Guessan limped off with a foot injury to be replaced by Sam Hatton. Soon after, Watson made changes too and either side of them, Jordan Roberts left the field to generous applause from the visiting fans. Roberts departure gave Dan Fitchett an opportunity to impress in his brief (12 minute) cameo appearance.
The Shots’ almost grabbed a late third goal, when Hatton and Williams broke, 2-on-1, but Hatton under hit his attempted pass and the chance disappeared. However, the full time whistle soon confirmed an excellent away win, which took Aldershot Town up to 9th place in the Vanarama Conference table.