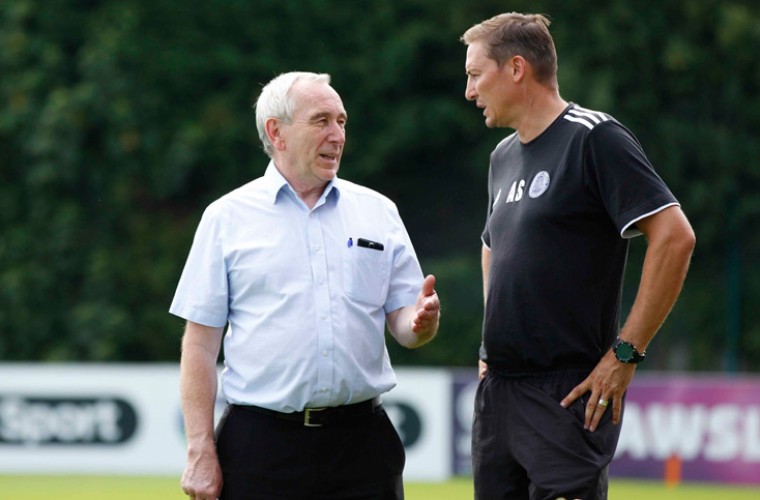 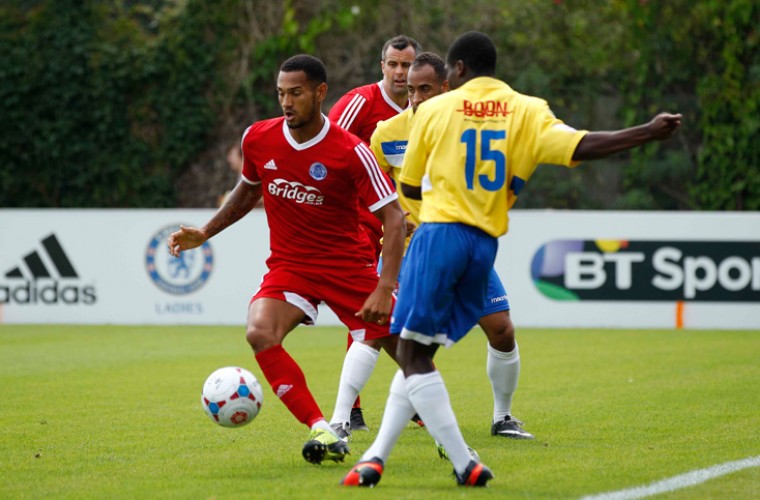 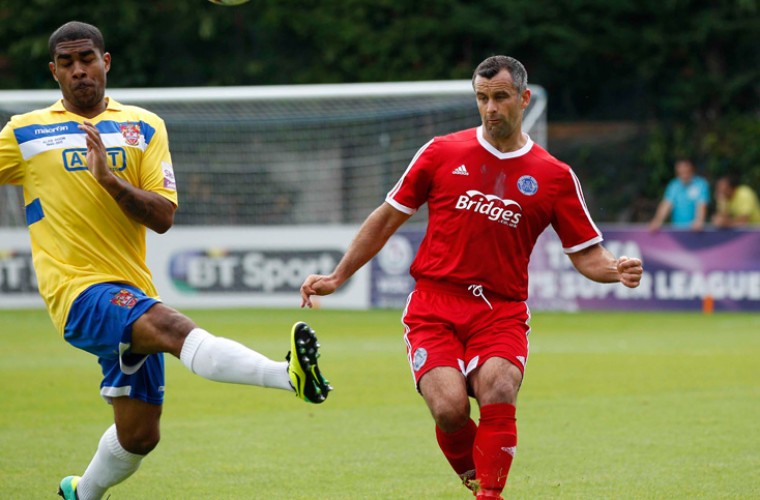 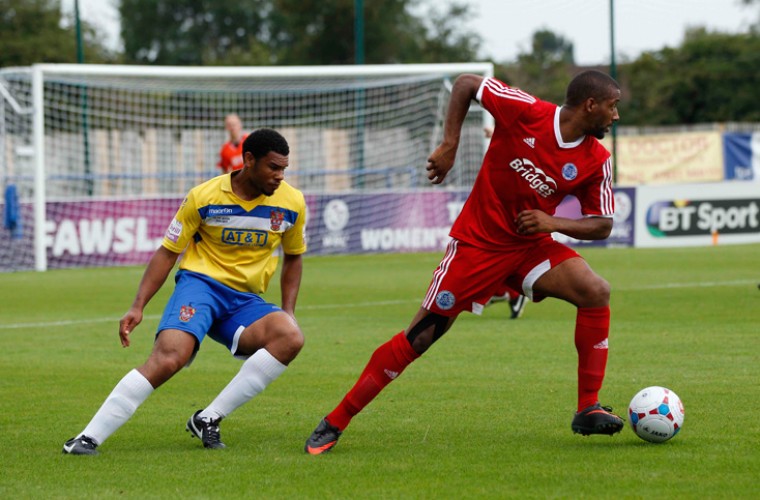 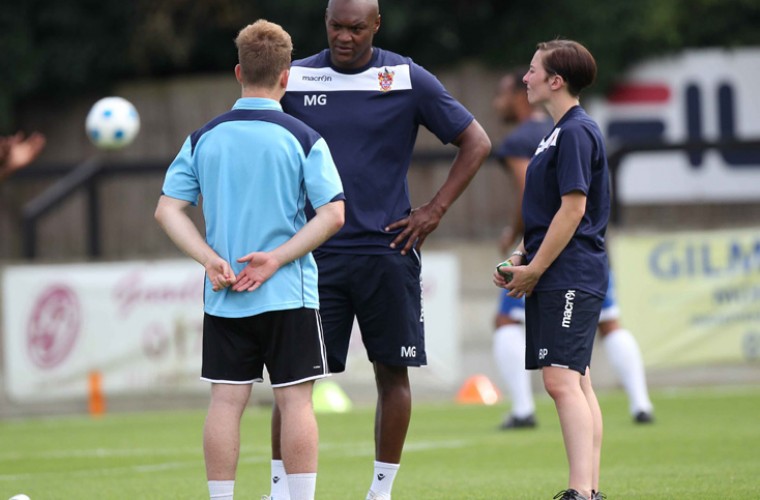 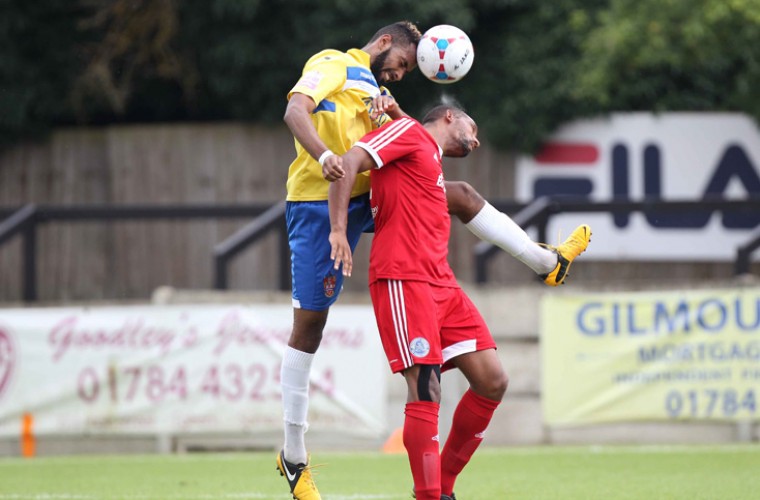 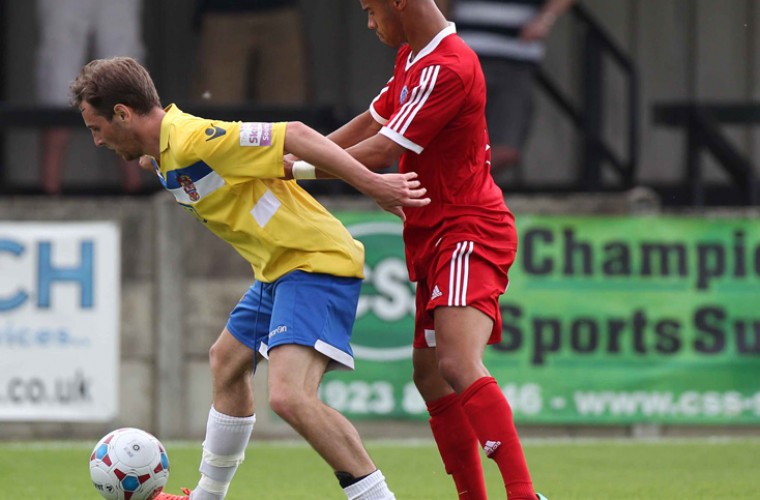 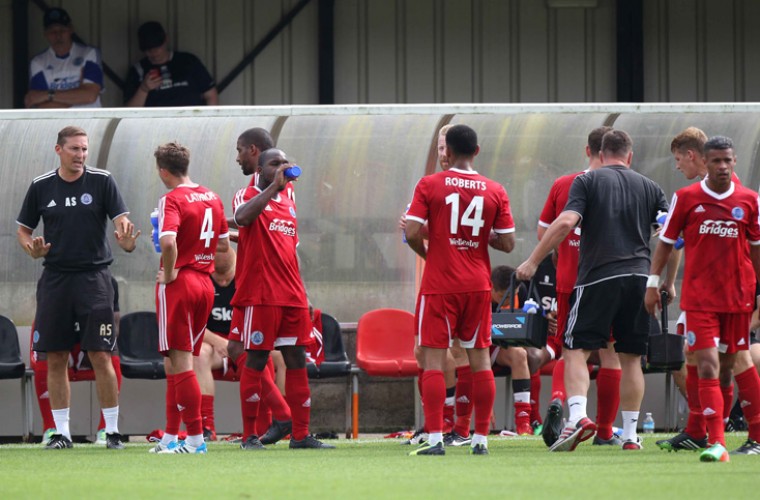 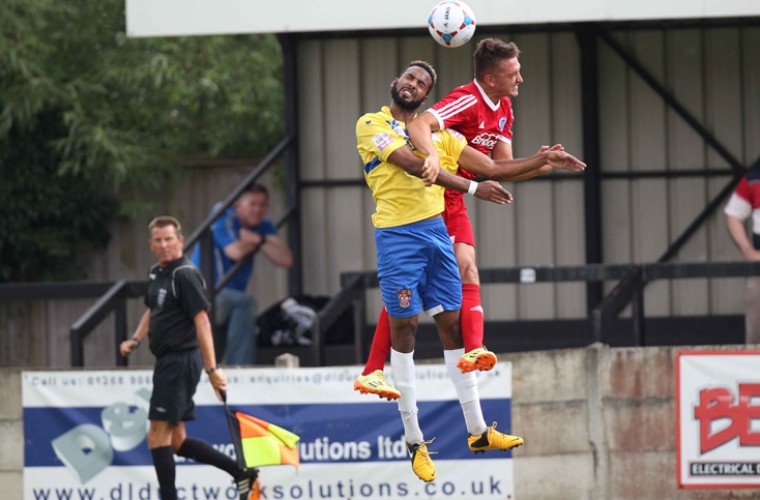 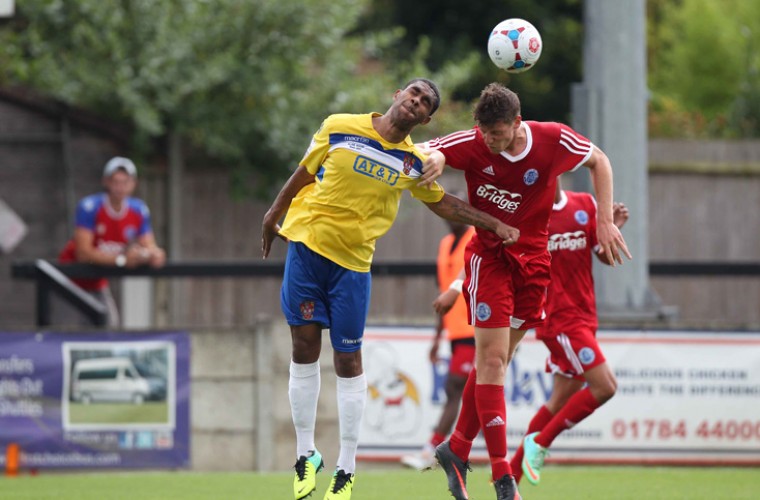 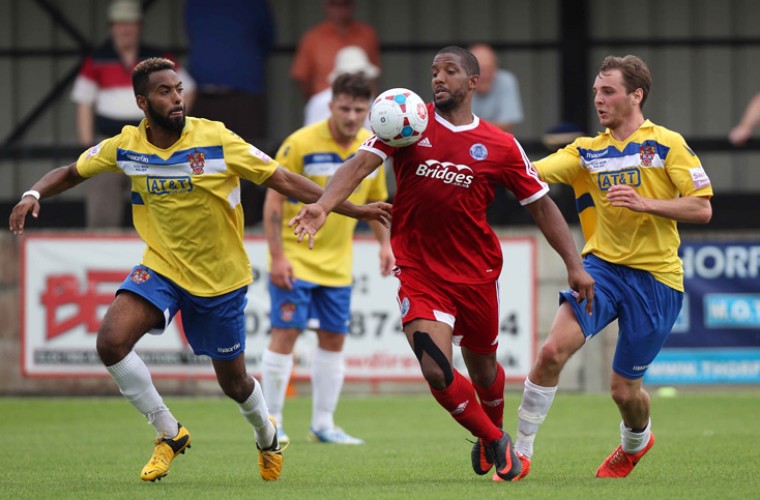 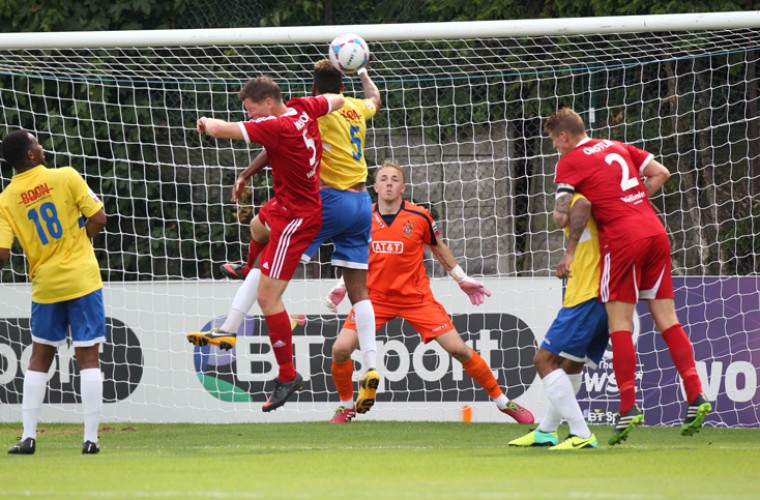 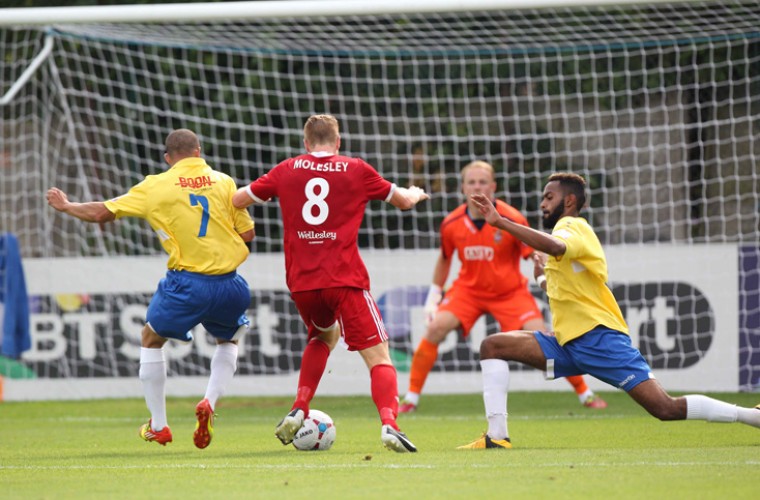 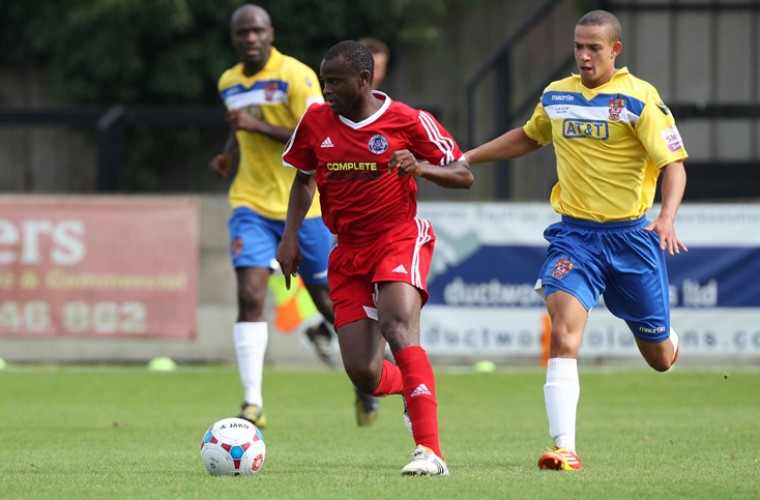 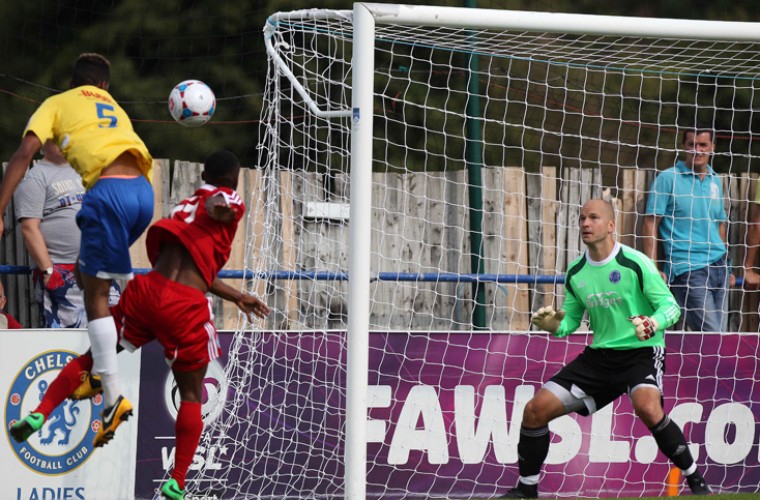 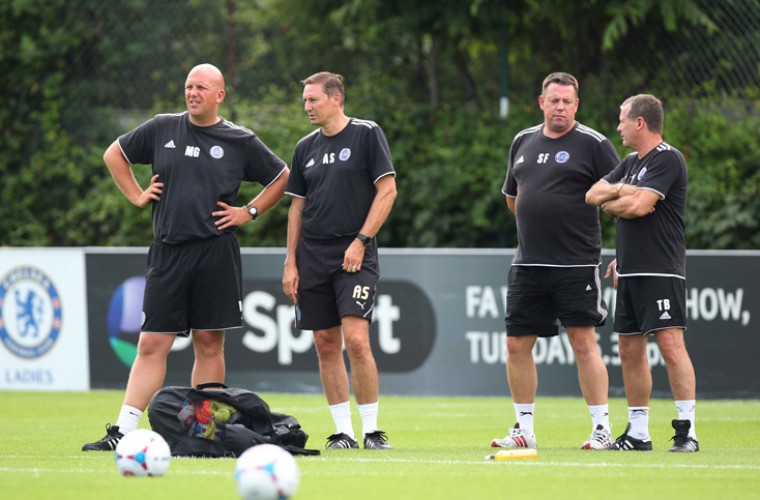 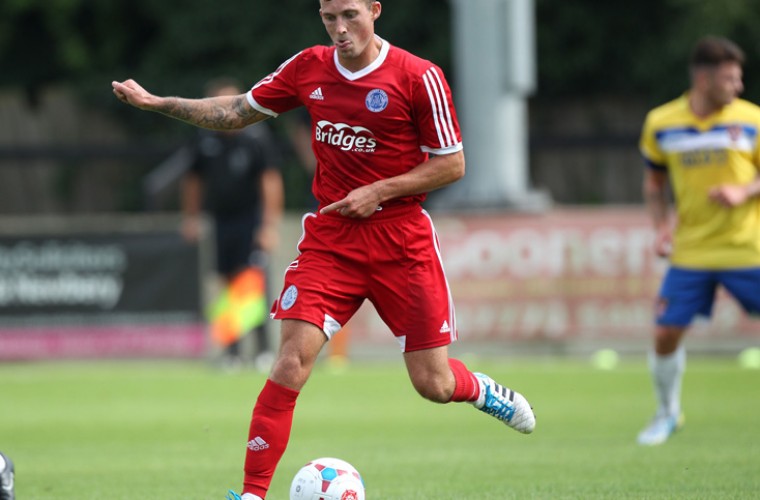 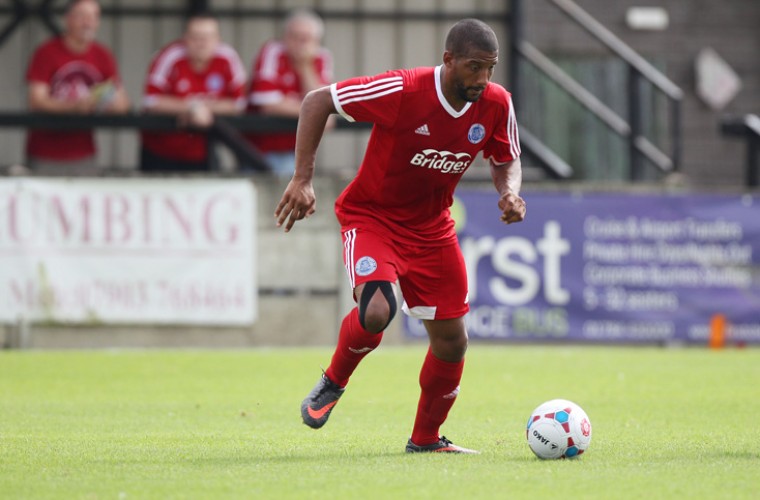 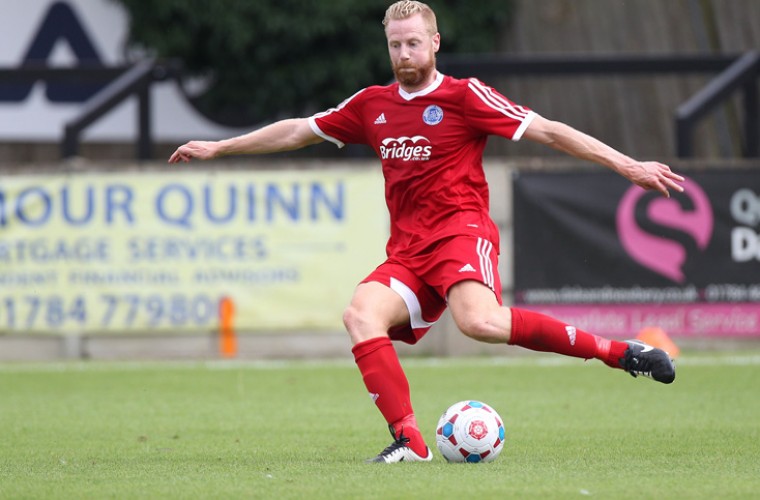 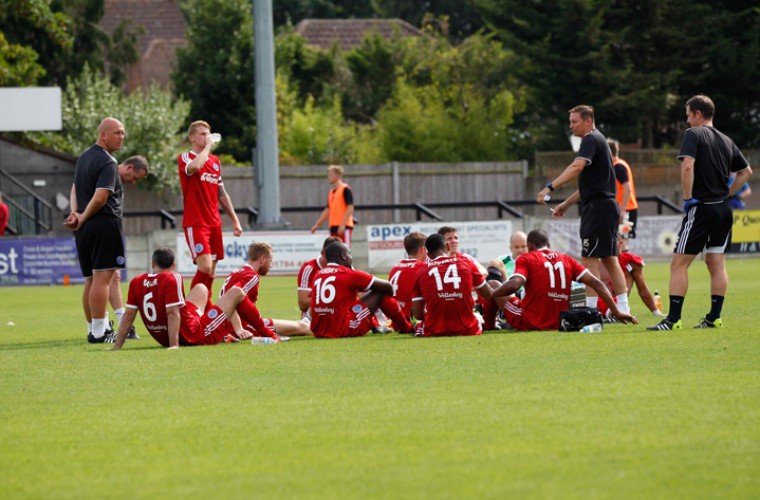 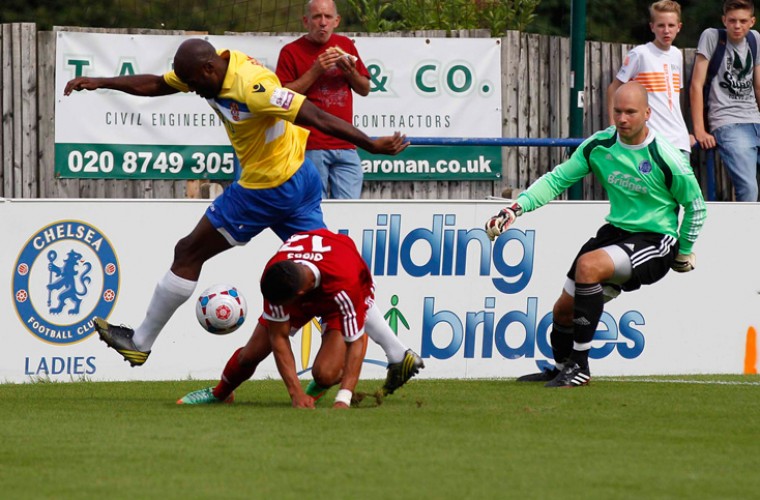 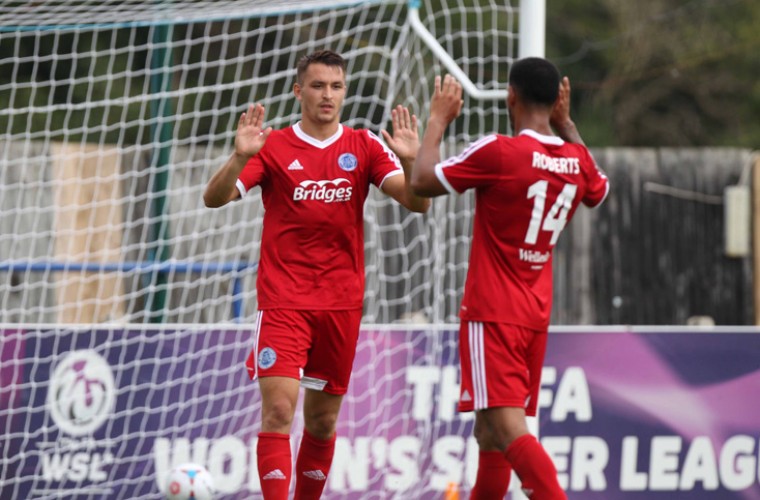 The Shots were good value for the win at Wheatsheaf Park as Williams scored his fourth goal in three games and goalkeepers Phil Smith and Dan Thomas enjoying relatively comfortable afternoons.

Staines had started marginally the better side, without creating a genuine clear-cut chance. Merrick James-Lewis blazed a 30-yard drive high over the bar, before The Shots countered and Mark Molesley also fired the ball over the bar.

Molesley was again involved in the 17th minute with the final pass in an incisive, quick move which set Kieron Forbes clear inside the penalty area. As Forbes was about to chip the ball over Jack Turner at close range, the goalkeeper committed the foul which invited Williams to stroke a cool penalty kick into the net.

Jordan Roberts hit a vicious snapshot which felled Erivaldo Felix and – after a drinks break – Scott’s shot, stretching to meet Molesley’s cross, flew over the bar. In response, a period of composed possession for the hosts ended with Josh Ekim’s rising drive, but within 30 seconds of the restart after half-time, they should have been level.

Osifuwa broke down the right and drew a strong save from Phil Smith, but when the ball fell back at his feet he danced around the goalkeeper and fed Beadle, only for Jaydon Gibbs to produce a superb clearance on the goalline. Glenn Wilson made another clearance as the move continued, but eventually The Shots survived.

Smith then saved Beadle’s own effort, and roused the visitors into a period of pressure of their own. Williams header, from Gibbs’ cross, was glanced wide, Scott’s cross-shot was blocked and Oastler headed wide from the resulting corner.

Soon, Williams angled snapshot was also deflected behind and, from the next corner, Roberts eventually hit a shot which flew inches too high. Josh Scott stretched to guide a header off target, before Andy Scott made nine substitutions for the final 24 minutes.

Only Oastler and Smith remained, and it was Oastler who slid in brilliantly to block Osifuwa’s shot. In the final ten minutes, two trialists combined, when Dan Thompson headed Tom Derry’s cross wide of the far-post, before Staines defender Luke Neville wildly sliced a volley over the bar from point-blank range.

On the final whistle, another Shots trialist, former Wolves striker Jake Kempton, collapsed with knee ligament damage which required lengthy treatment. It was a disappointing end to an otherwise promising afternoon for Andy Scott’s side.