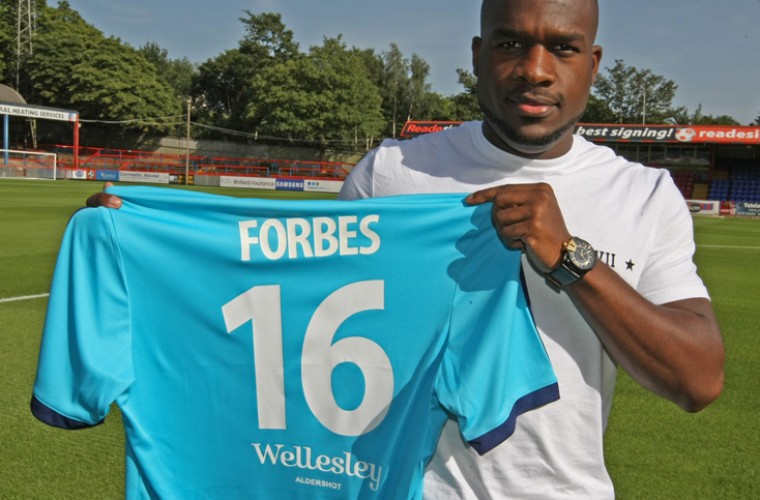 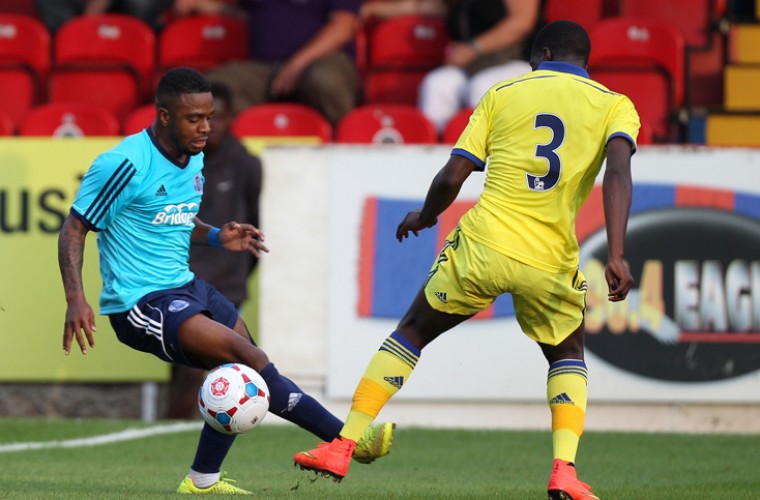 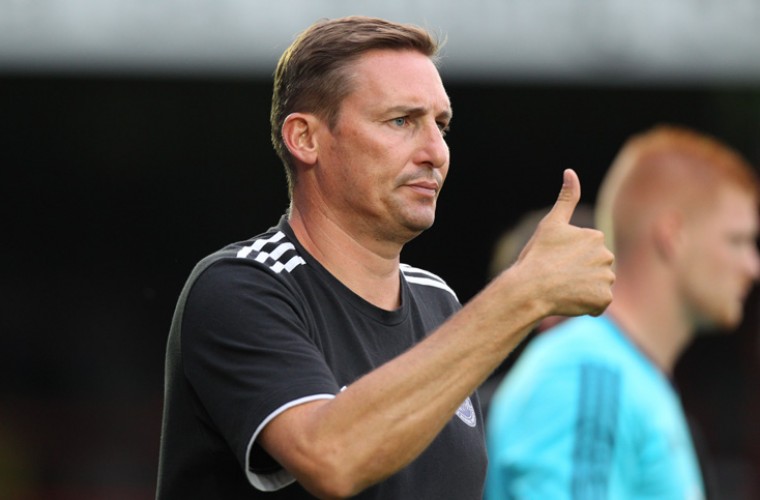 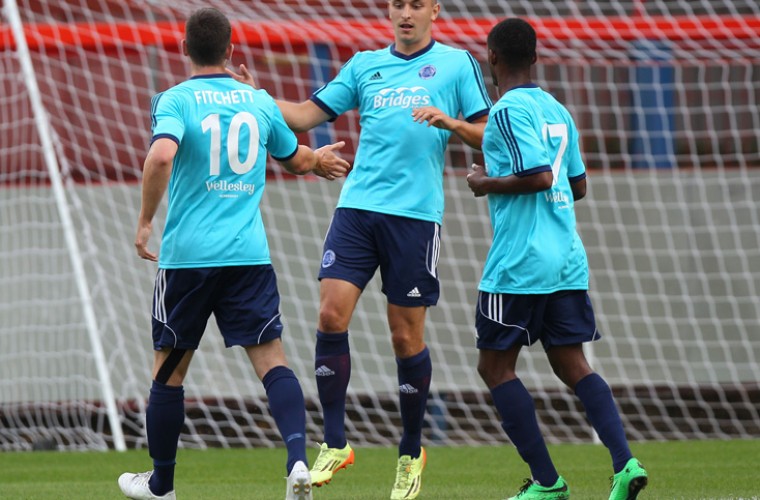 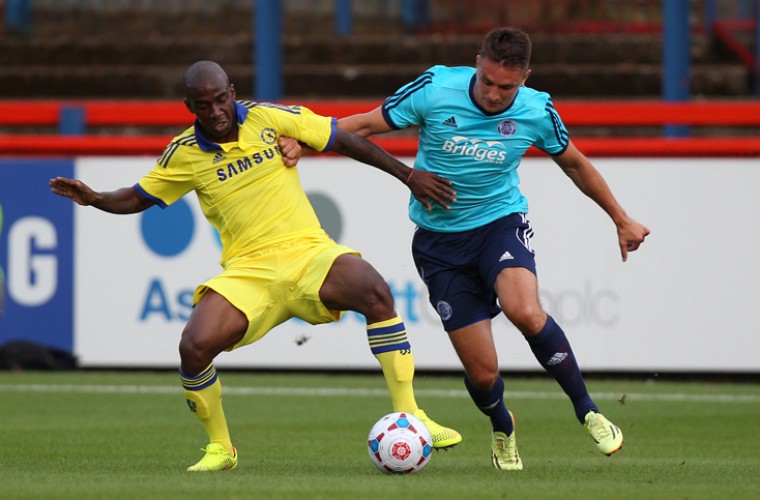 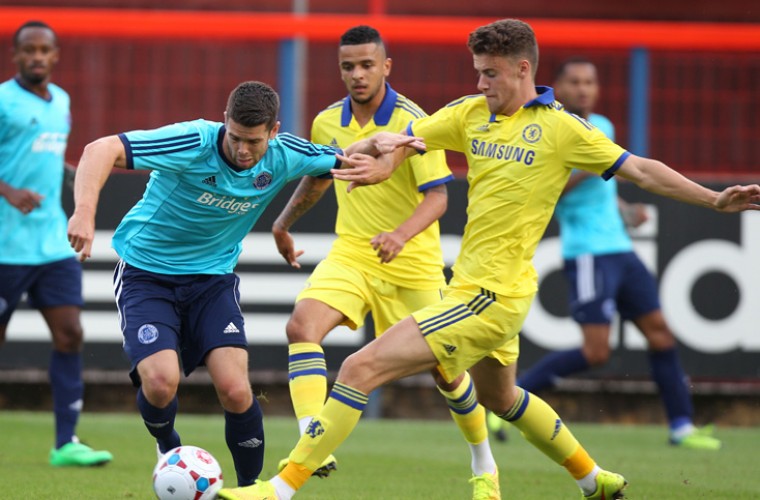 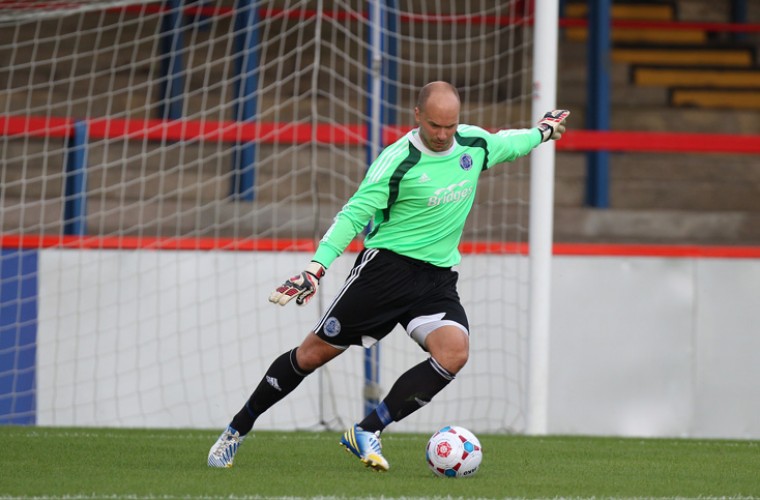 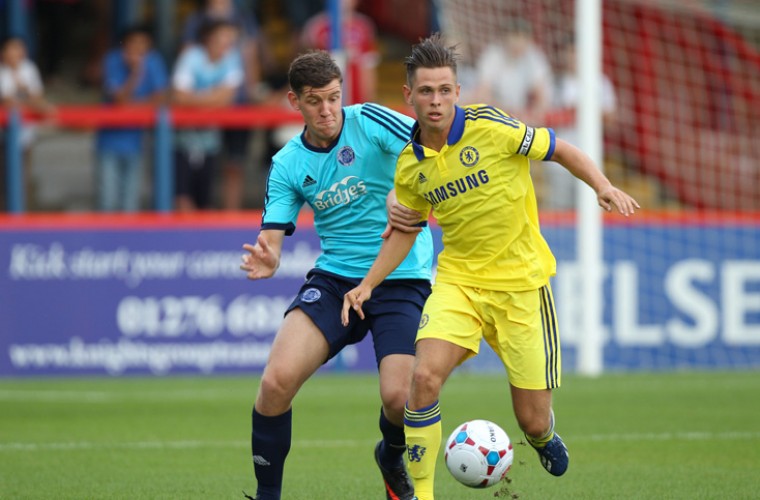 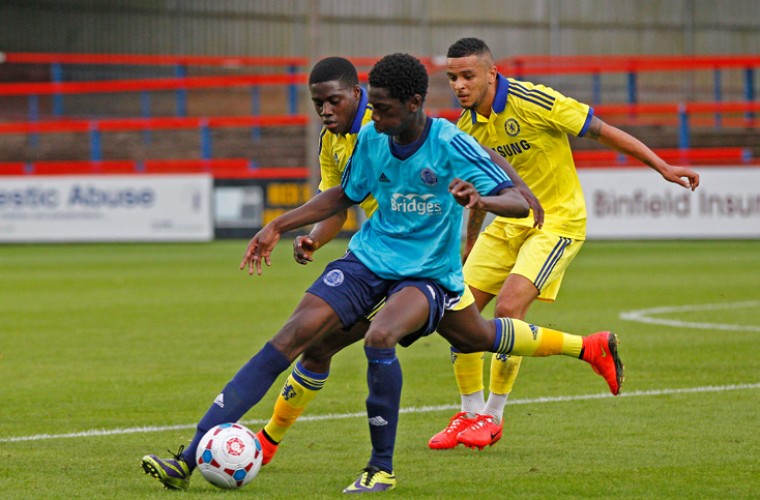 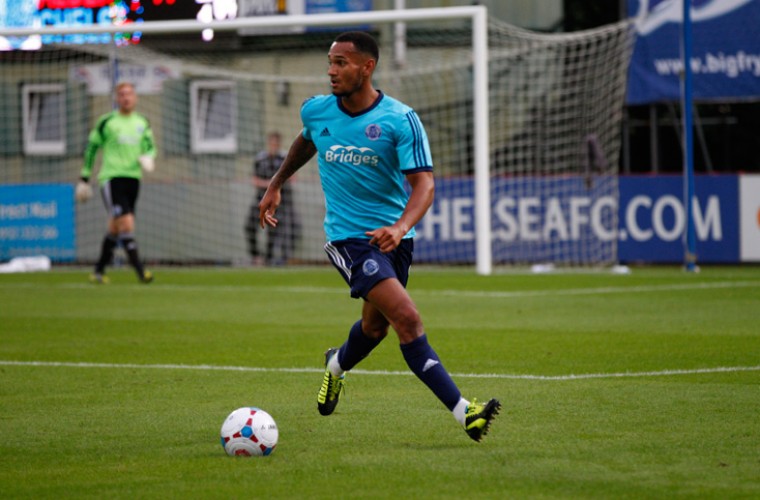 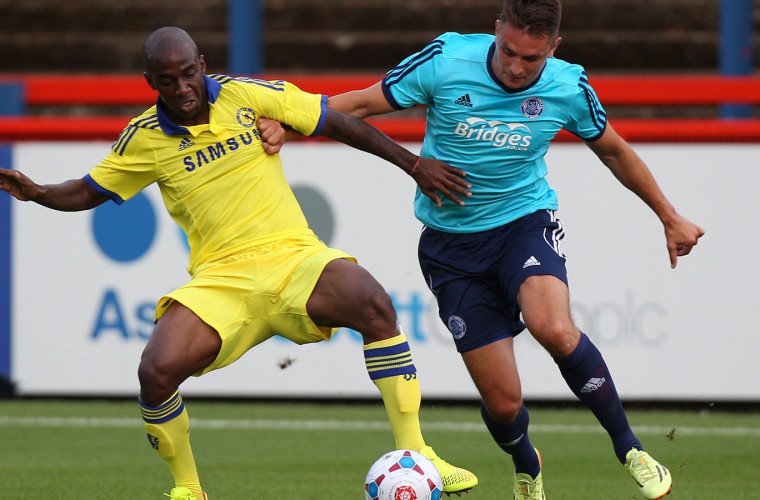 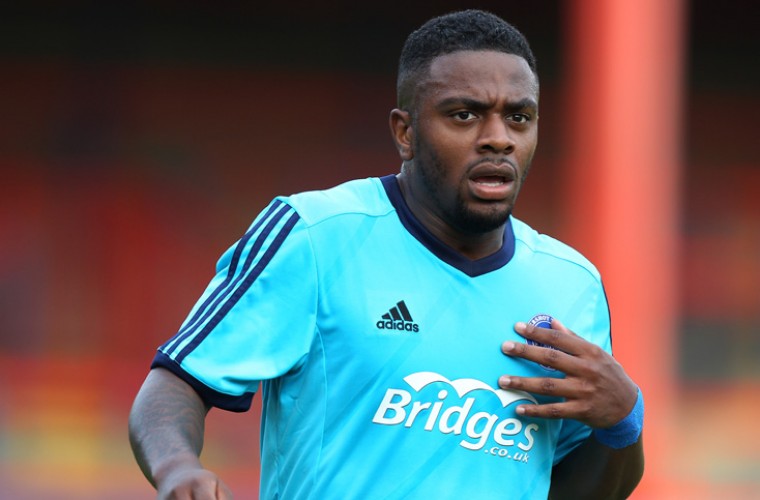 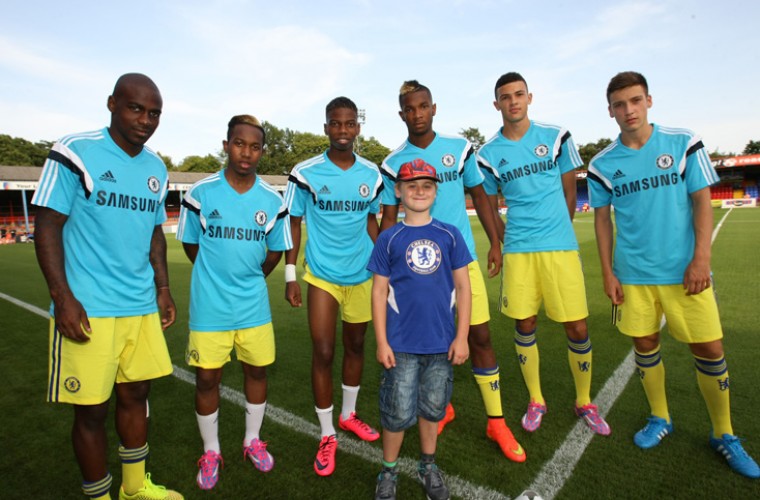 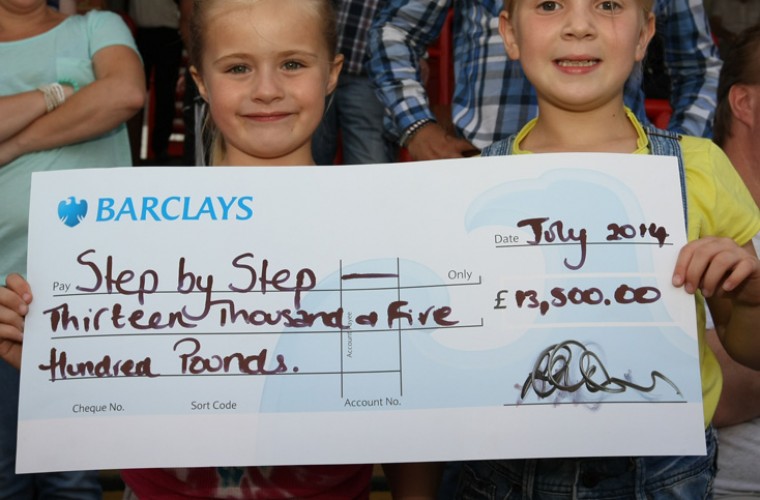 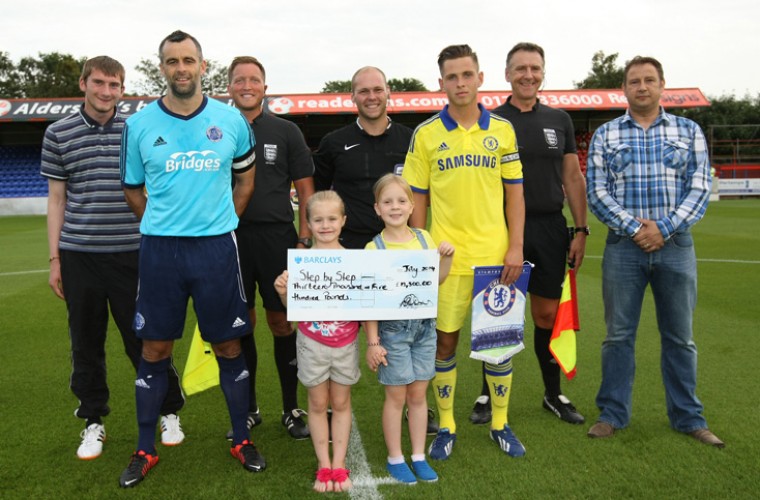 Aldershot Town began their pre-season campaign in impressive style but still couldn’t prevent a strong Chelsea Under-21 side from coming from 2-0 down to snatch a late winner at the ESS.
Two typically predatory finishes from Brett Williams put The Shots in control in the first 25 minutes but thereafter – and especially with the slew of second-half substitutions – Chelsea were a resurgent force.

Andy Scott gave debuts to his five new signings – and soon introduced loanee Kieron Forbes, after joining from Forest Green Rovers – as well as awarding lively trialist Nabby Diallo a place in the starting XI. The young Blues included four players with senior experience in European leagues, in van Aanholt, Perica, Clifford and Kakuta, but it was the hosts who started apace and took a deserved early lead.

Fitchett had already headed narrowly wide when, on nine minutes, Plummer showed great pace and strength to burst past Dabo and pull the ball back for Williams to place a shot across Collins and into the far corner.

The home defence, too, were standing strong; Perica was a constant threat but Wilson and Barker stood strong and in control. Kakuta shot over from long-range and Phil Smith was quick off his line to block van Aanholt.

Williams had an angled shot blocked by Ssewankambo but seconds later it was 2-0, as Gibbs’ cross on the run was fumbled by Collins and Williams pounced from barely a yard out. Another Gibbs cross again beat Collins before grazing the crossbar, but steadily Chelsea grew into the game.

Smith produced two good saves to deny Perica and van Aanholt and – after Dan Fitchett limped off to protect a slight hamstring strain – Collett pulled a goal back on 43 minutes, nipping in between two defenders to head Davey’s deep cross past Smith.

The game’s third quarter struggled for shape amidst a succession of substitutions but, on 73 minutes, Croatian Perica equalised, reacting to a deflected cross to twist his body and loop a header over trialist goalkeeper Nick Jupp.

The game was won on 82 minutes, when Ruben Sammut tapped the ball in at the far-post after good work down the right by Kiwomya and Ssewankambo. It perhaps should have been four just two minutes later, when Kiwomya raced through onto Musonda’s sublime pass and rounded Jupp, only for Richard Danquah to make a superb clearance inside the six-yard box.

Nonetheless, the performance contained several promising displays and gave Andy Scott ample cause for optimism ahead of a behind-closed-doors friendly scheduled for Tuesday.