The Shots took a valuable point from the Moss Rose to extend their unbeaten run to five matches but were left with somewhat bittersweet emotions at not having inflicted just a second home defeat of the season on Macclesfield Town. 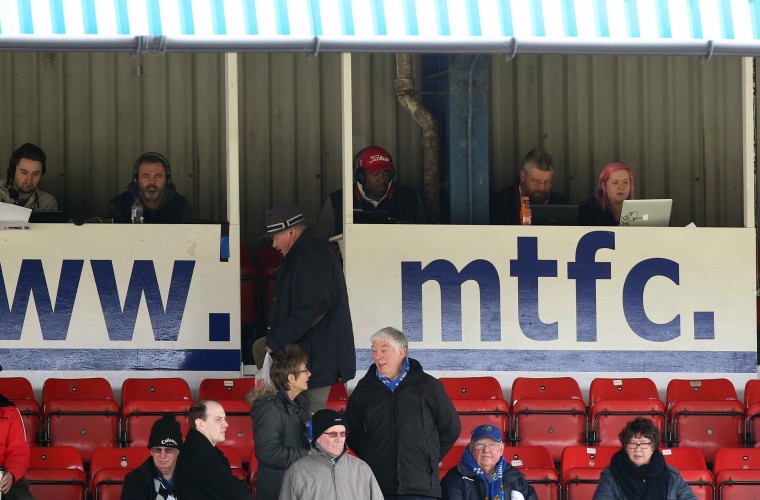 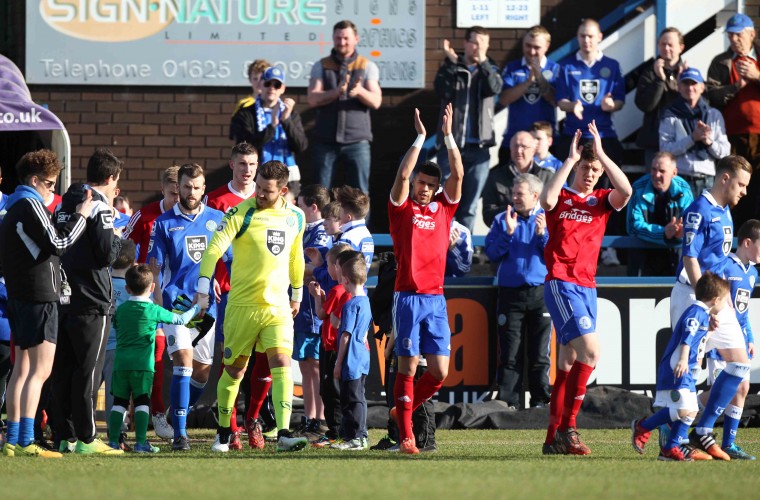 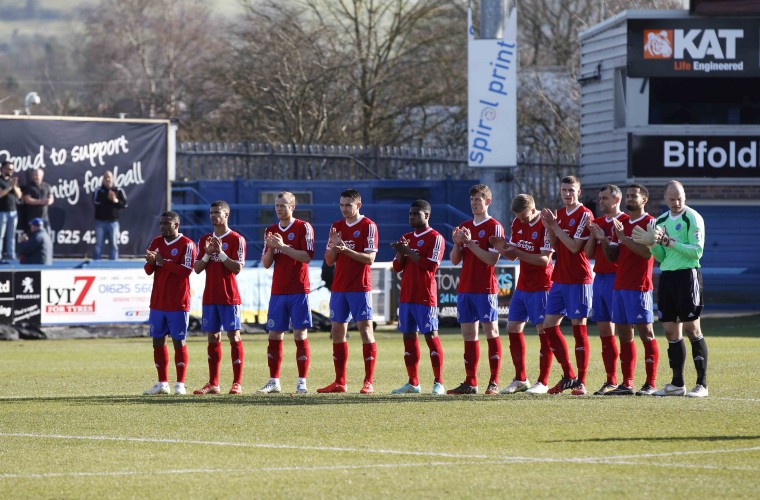 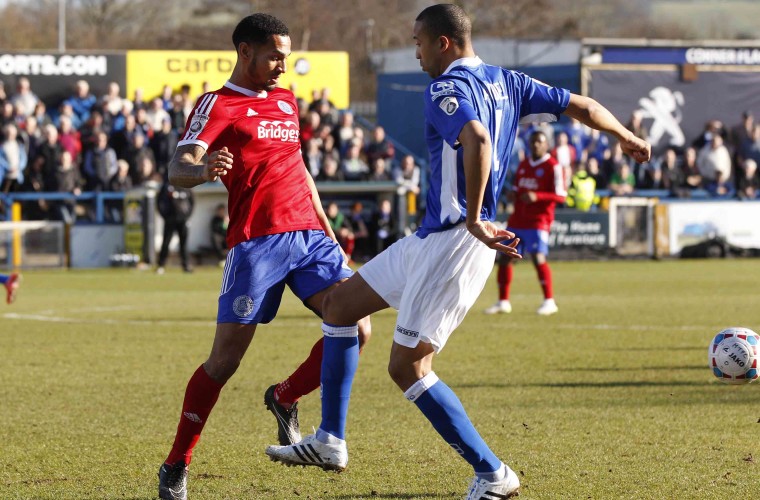 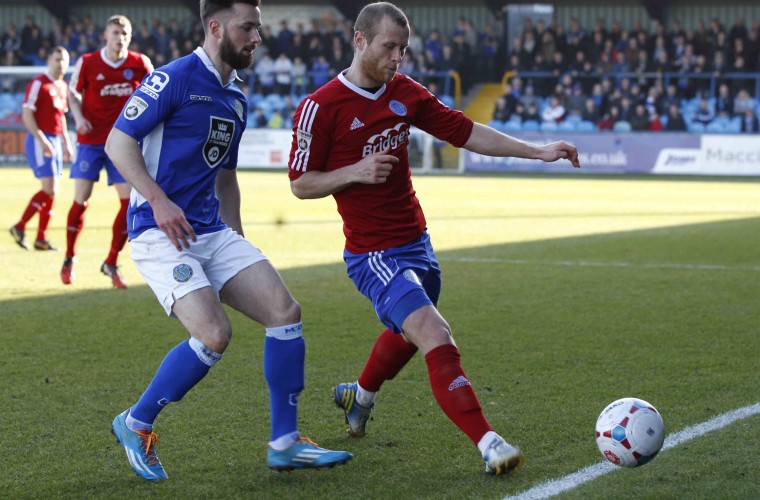 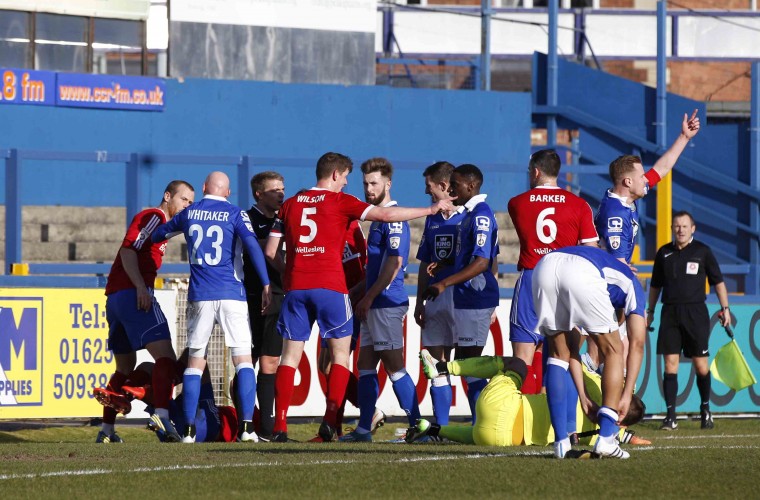 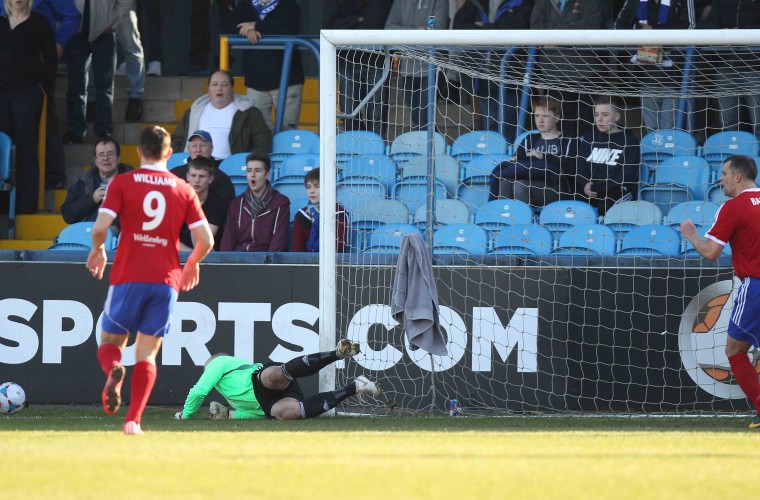 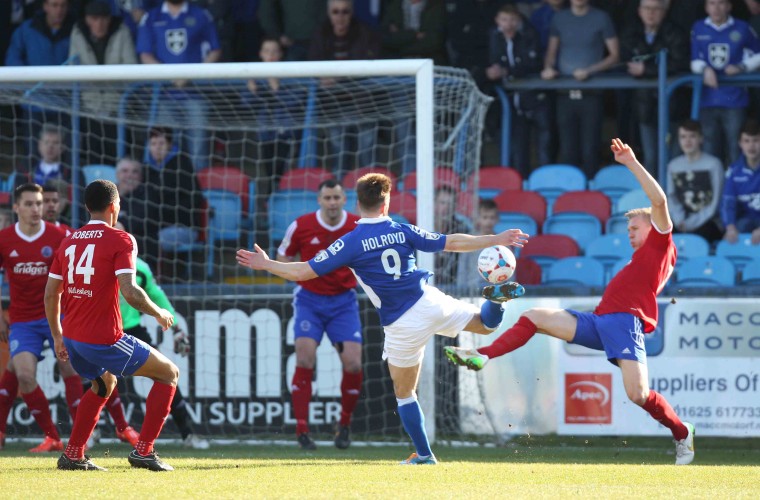 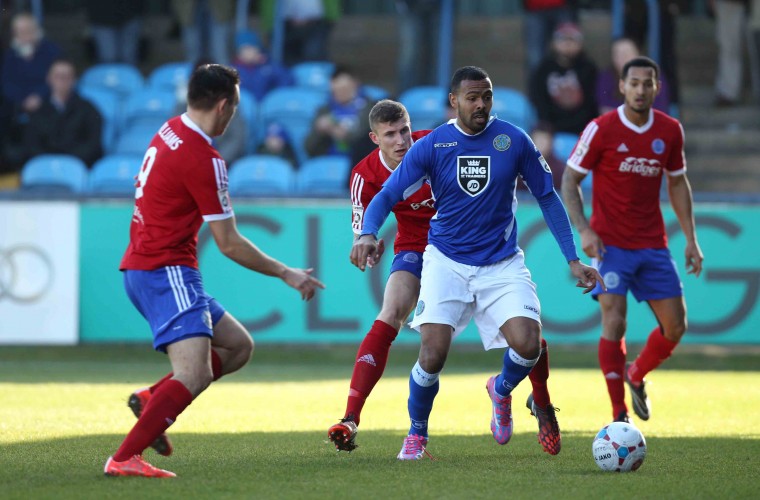 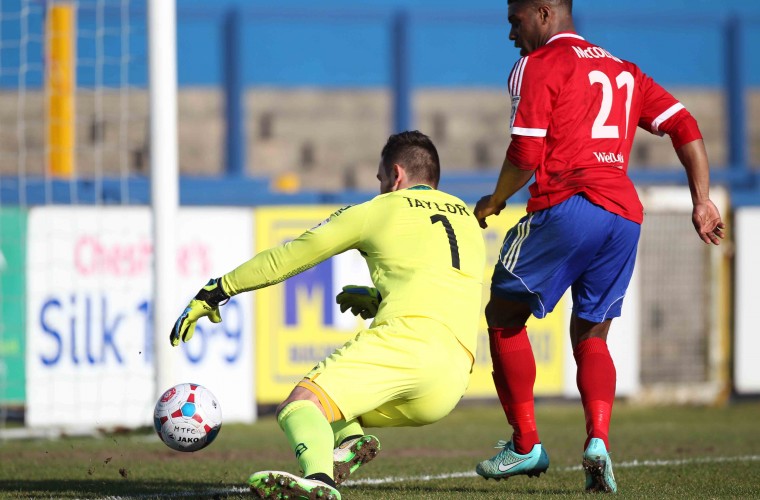 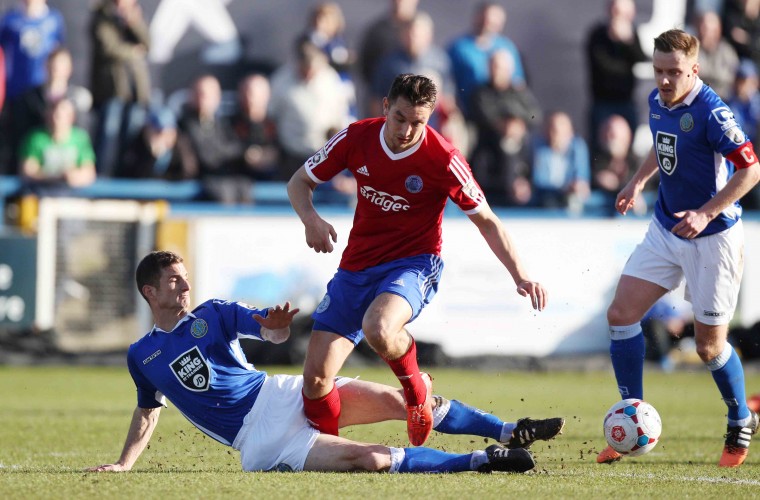 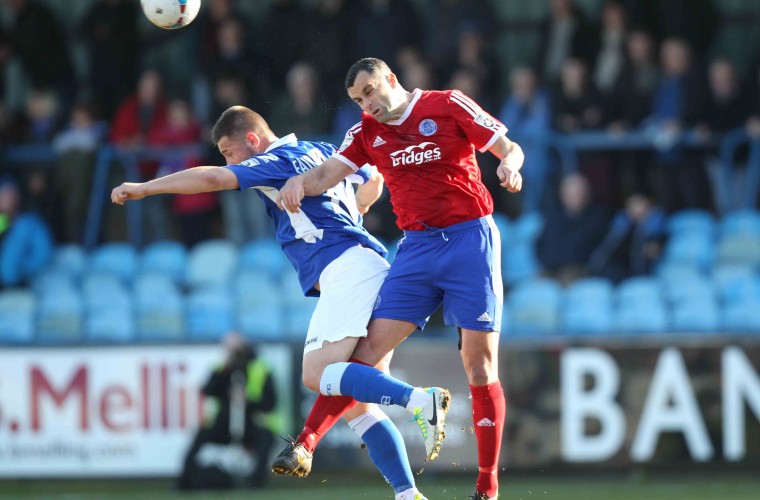 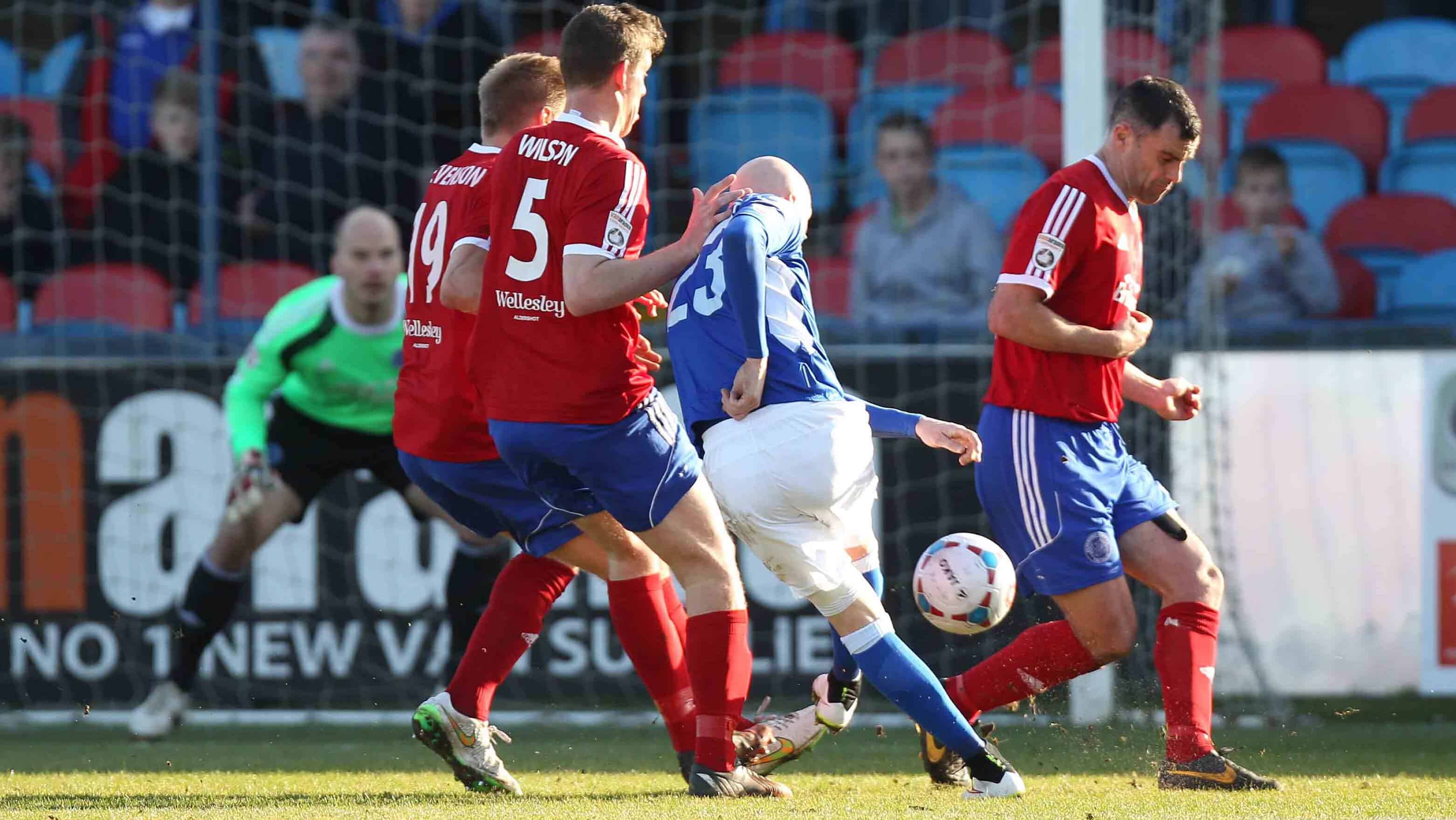 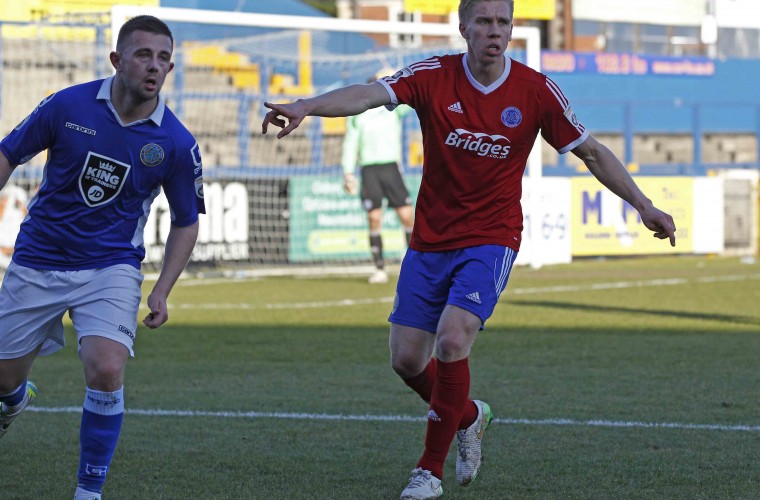 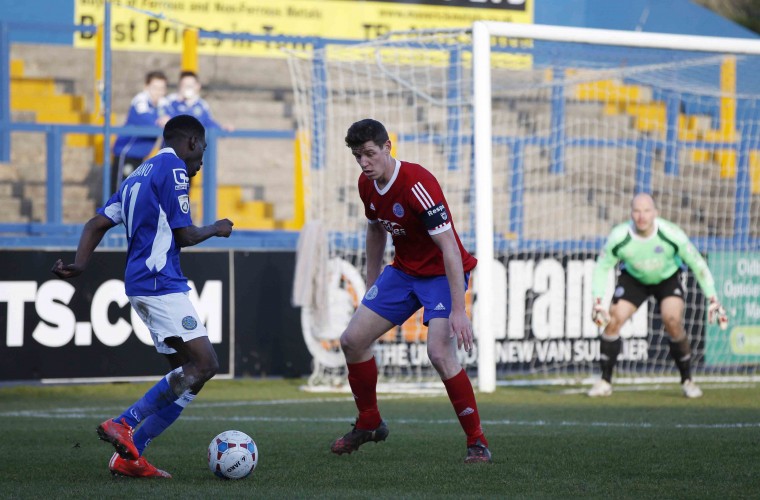 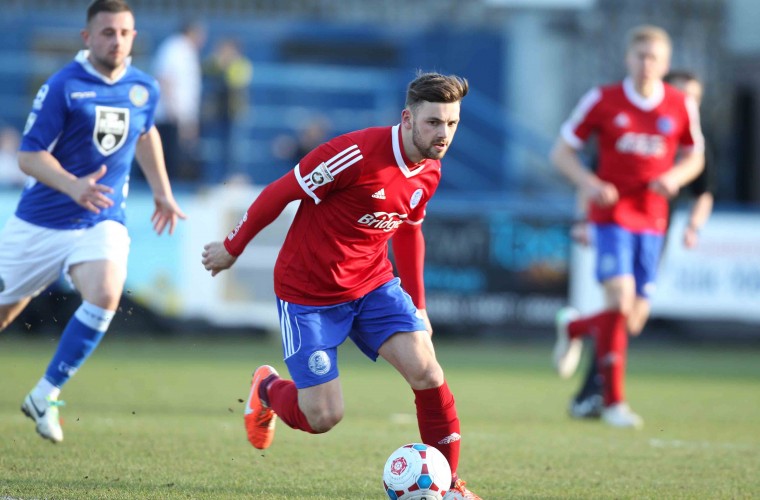 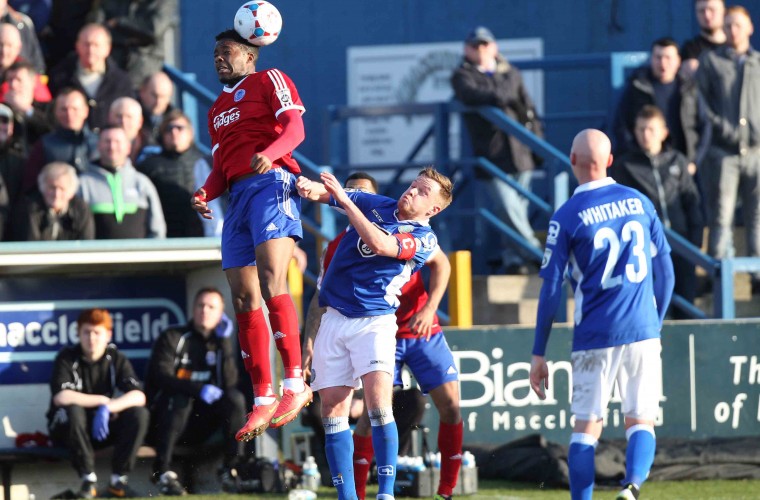 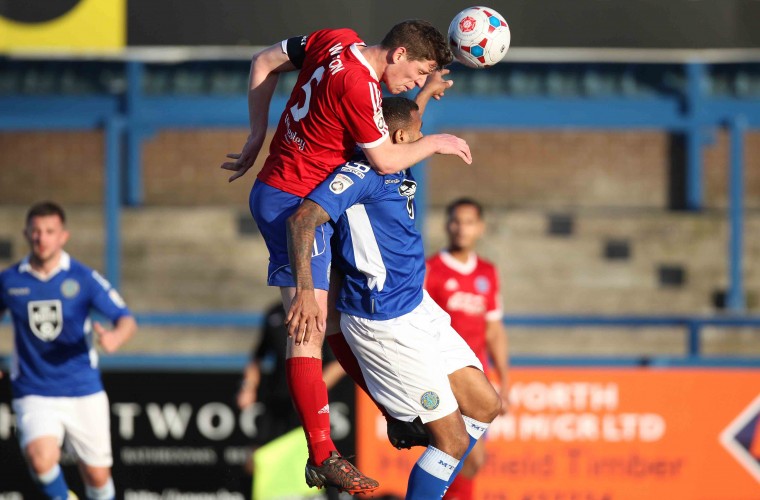 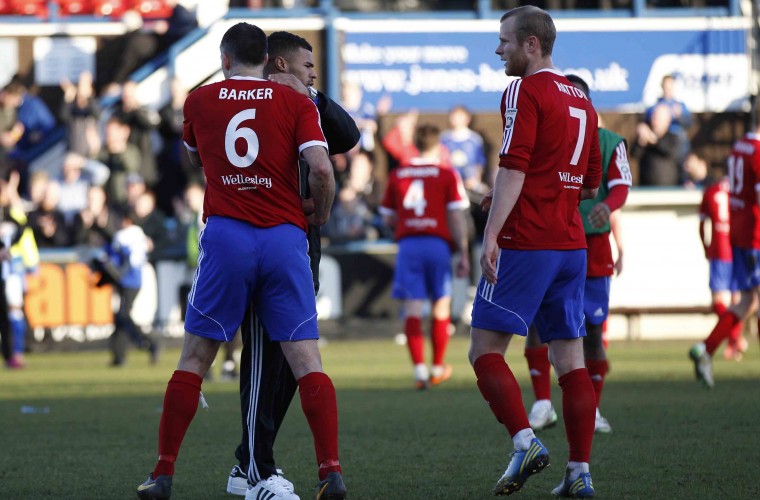 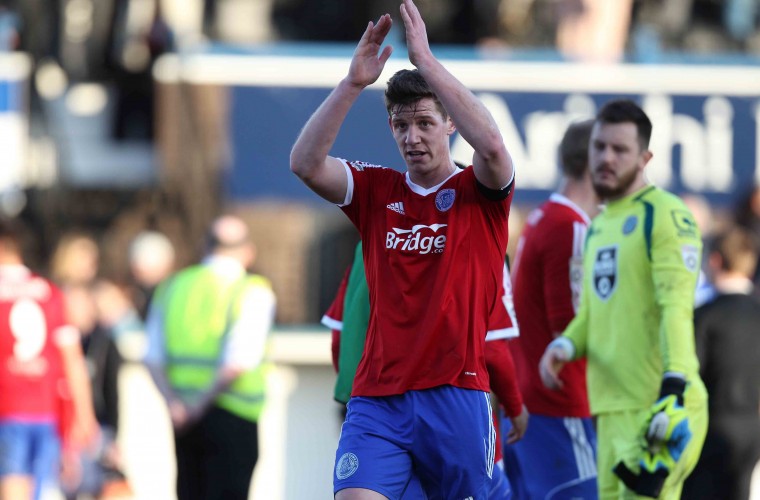 Producing a spirited all-round team display, The Shots defended as a team, with midfielder Jim Stevenson and goalkeeper Phil Smith again outstanding, and could have snatched victory with several excellent chances in both halves. Nonetheless, this represented another impressive step forward for Chris Barker’s side.

Maccesfield created the first and last chances of the opening 45 minutes – as Smith made fine saves from Alex Grant’s header and Matthew Barnes-Homer’s close-range volley – but for much of the half The Shots stood strong and made the home defence look less than it usually assured self.

Sam Hatton, twice, and Jordan Roberts, fired in shots from distance and, despite the loss of Jaydon Gibbs, Aldershot Town grew into the game. On 25 minutes, McCollin smuggled a pass through to Plummer, who tried to round the advancing Taylor and then pulled the ball back for Brett Williams, whose first effort as blocked before he flew into a 50/50 challenge for the loose ball with the goalkeeper.

Five minutes later, McCollin won a header from McGinty’s deep cross and, with just Taylor to beat, Williams mis-hit his shot into the keeper’s arms. At the opposite end, Smith maintained parity on the stroke of half-time, smothering Barnes-Homer’s shot after Whitaker found Moke down the left.

The second-half took 11 minutes to yield its first chance, as Turnbull smashed in an angled free-kick that was well parried by Smith, and a further 11 minutes until Smith tipped Whitaker’s shot around the post.

Steadily the hosts roused themselves to exert concerted pressure, especially through the introduction of Theo Bailey-Jones, but still The Shots created arguably the best chance of the entire game: German won the nod-down from a deep right-wing cross and Stevenson, perhaps catching the ball too cleanly, volleyed over from eight yards.

Into injury-time, Smith made two fine saves within sixty seconds, to keep out angled drives from Barnes-Homer and Fairhurst, but soon they had held out to record their longest unbeaten run in two years.