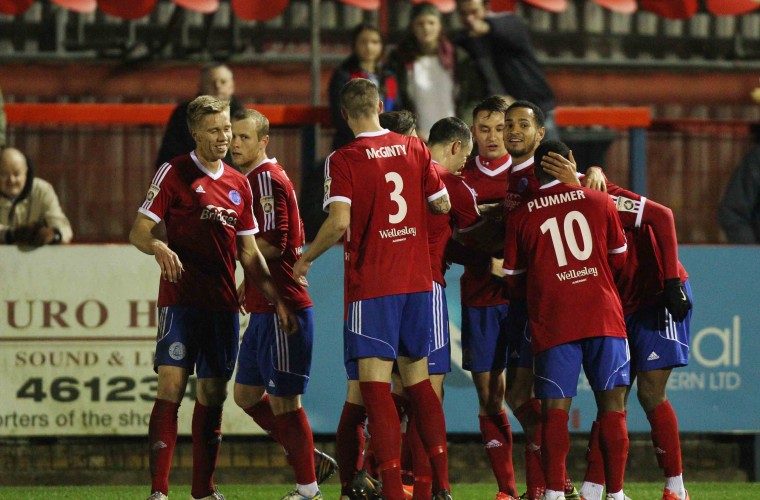 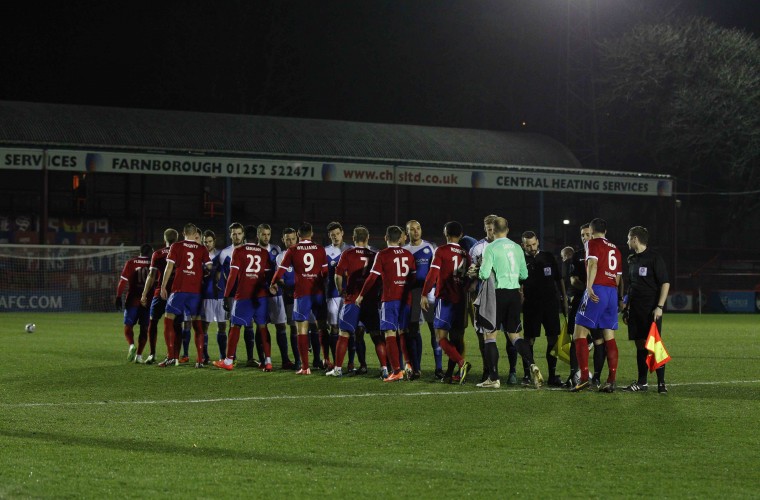 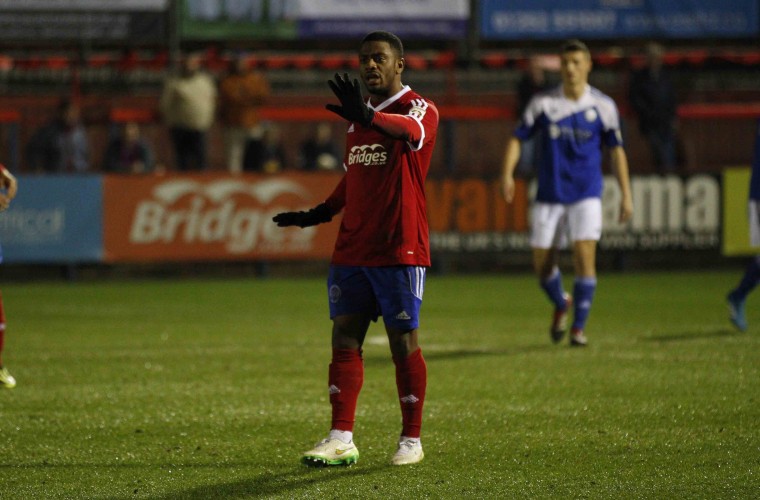 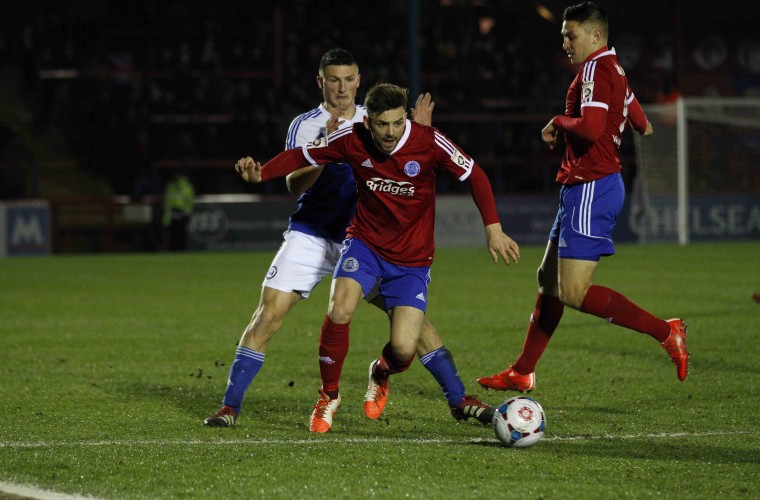 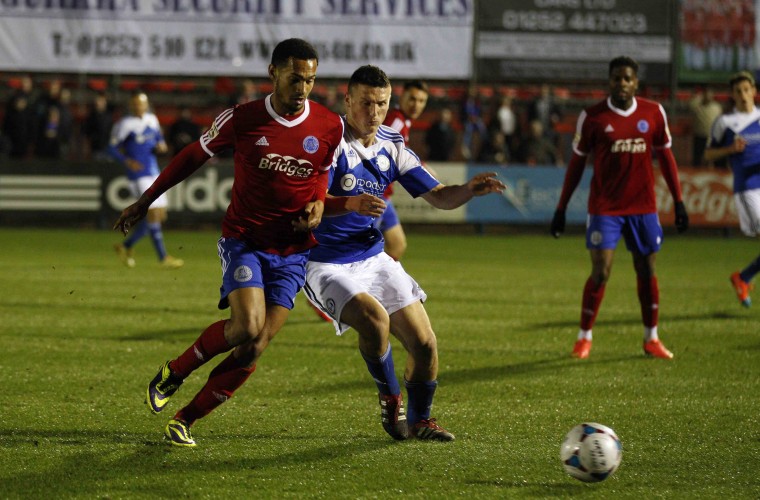 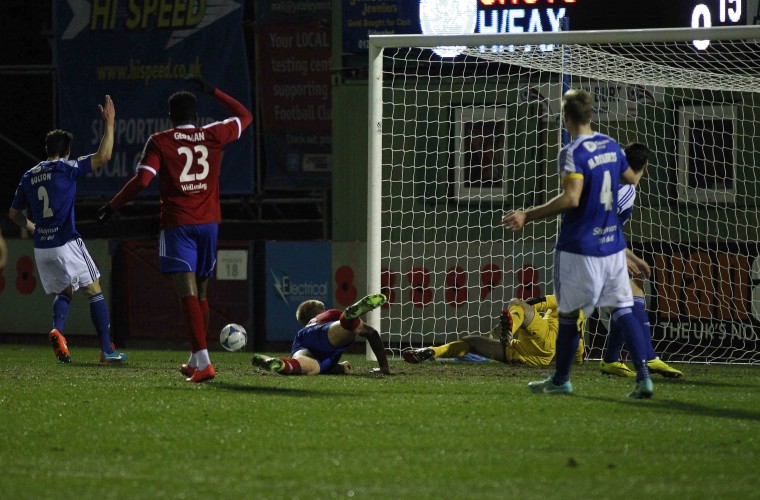 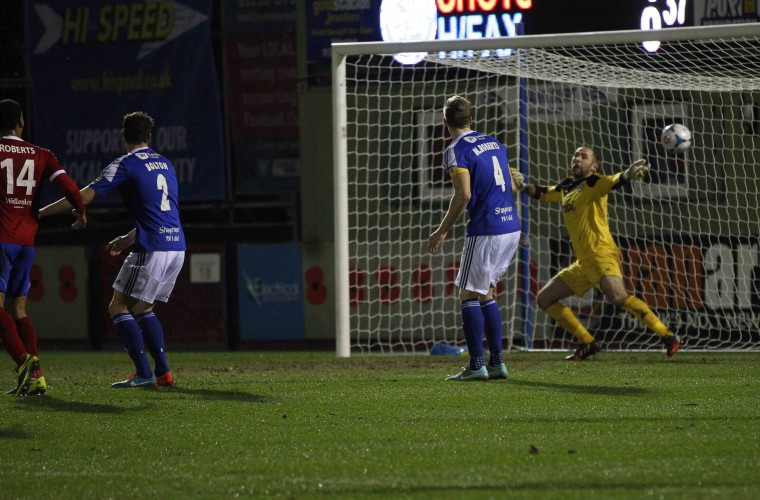 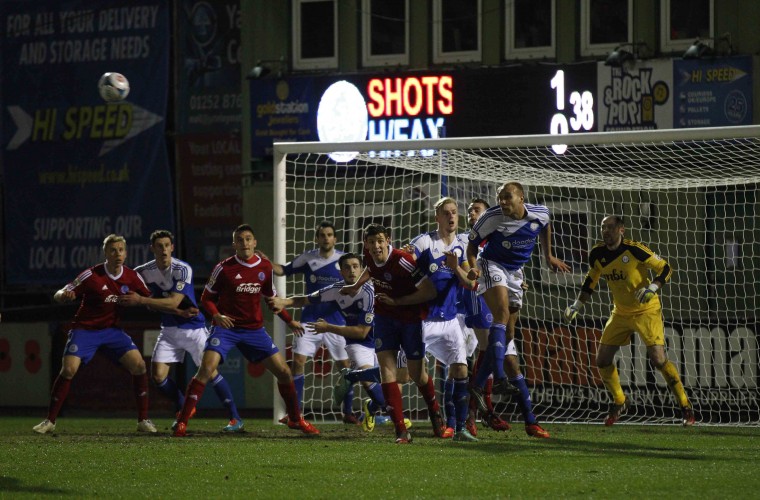 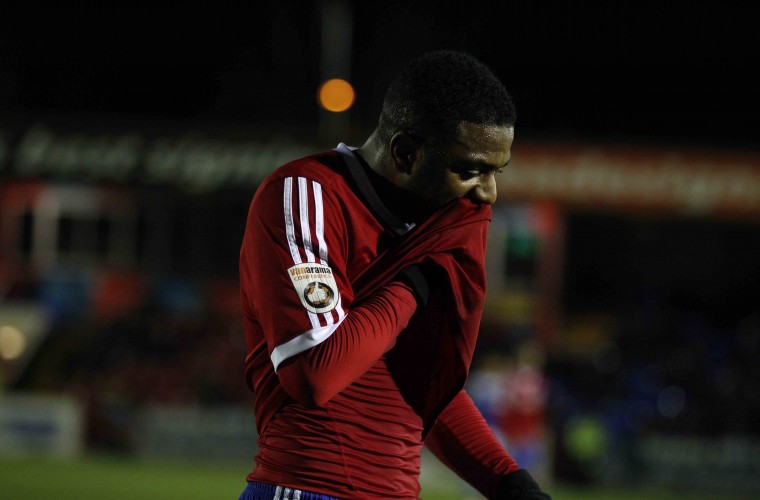 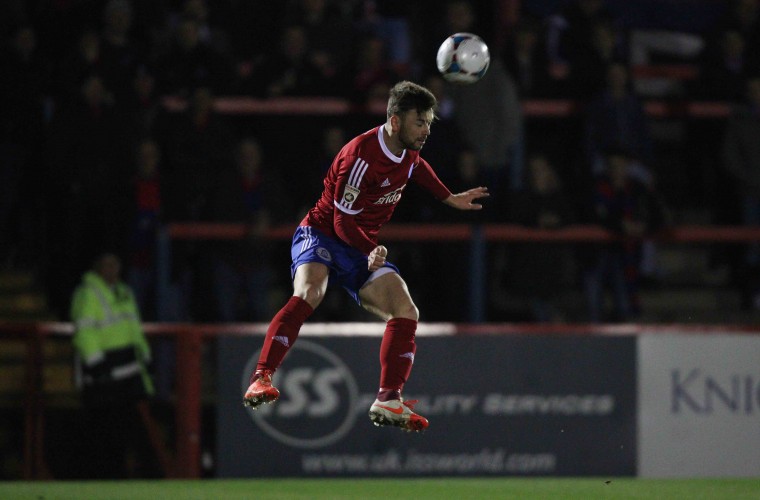 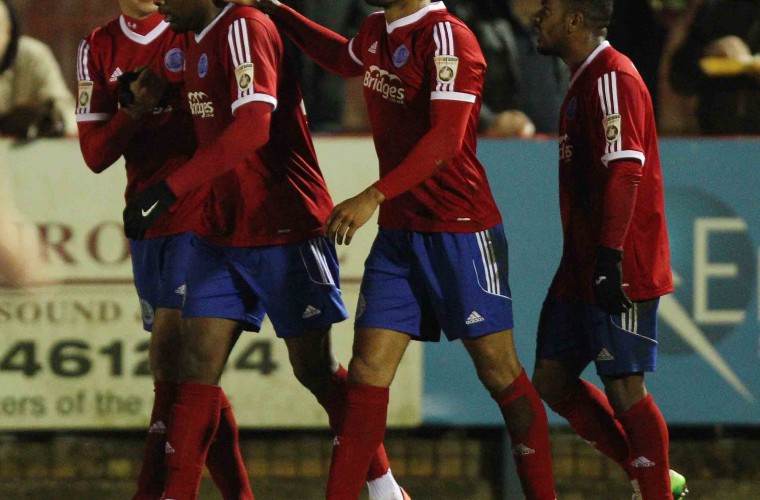 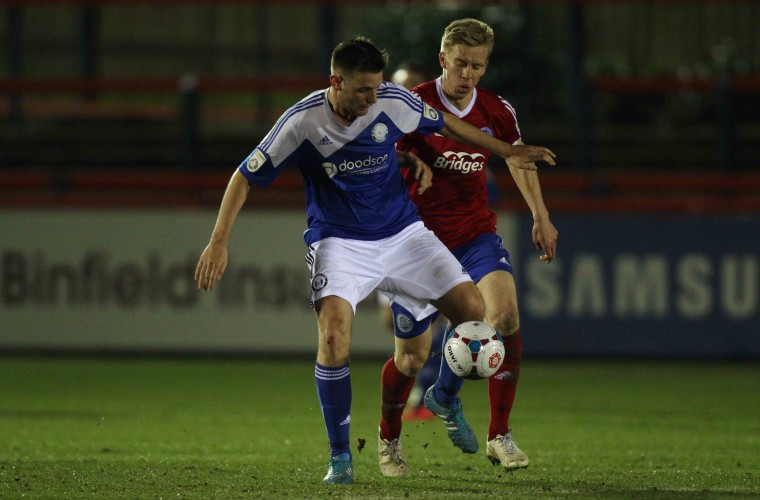 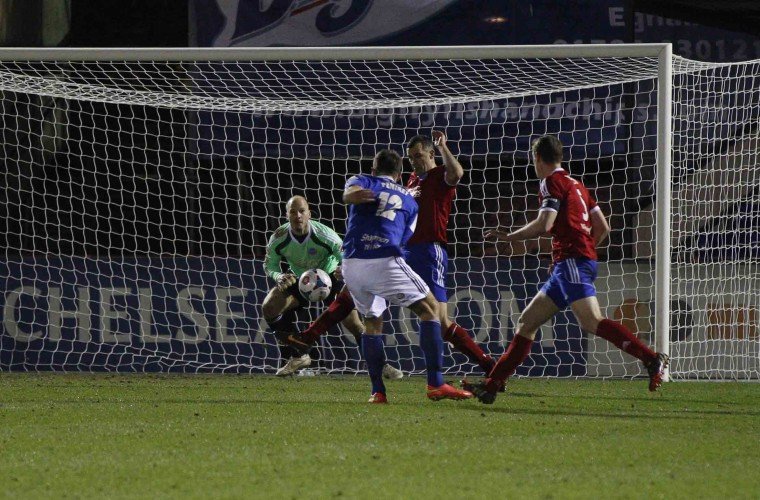 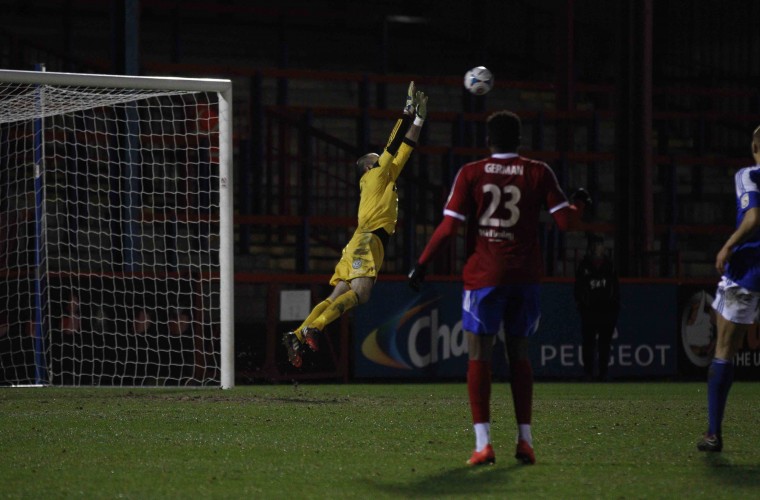 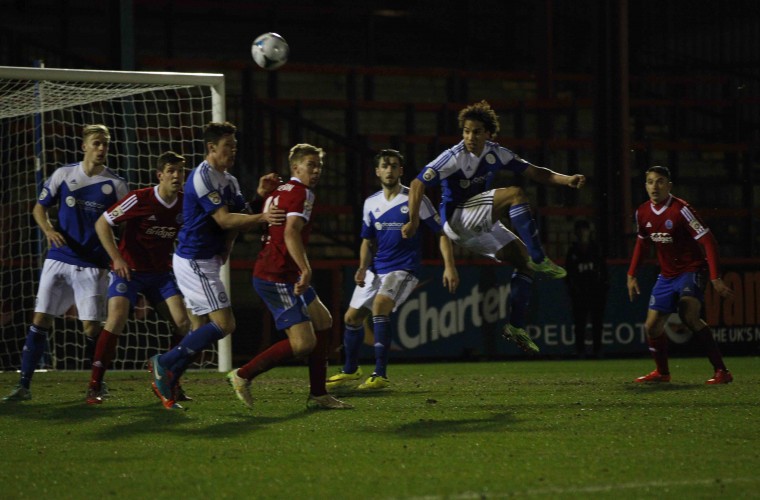 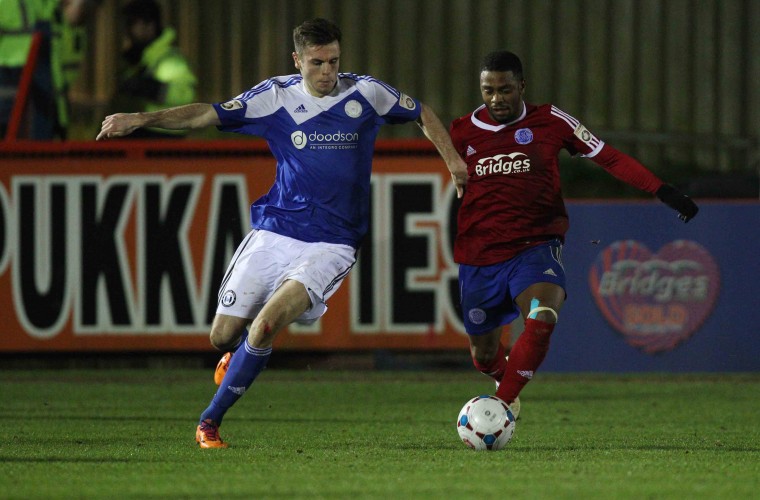 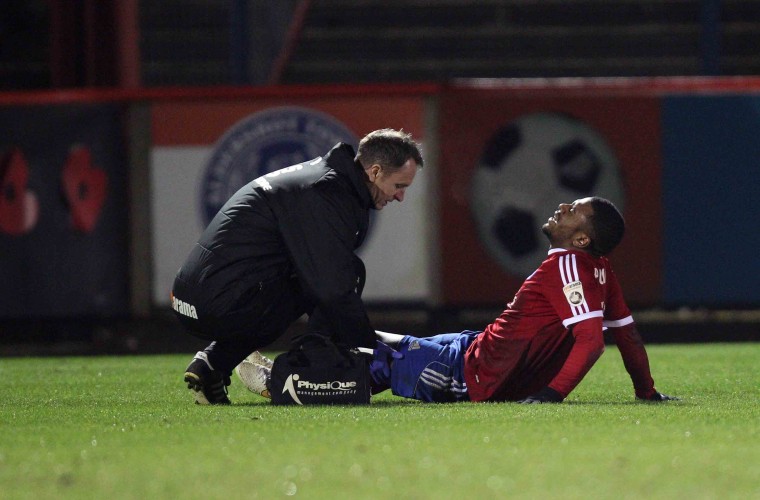 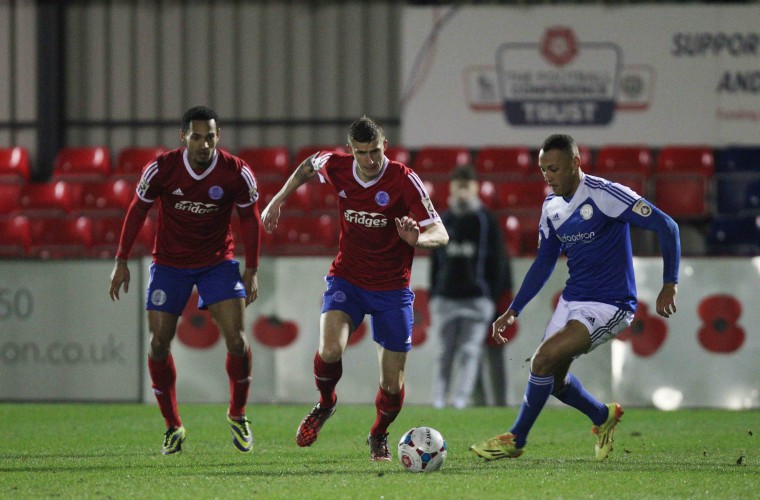 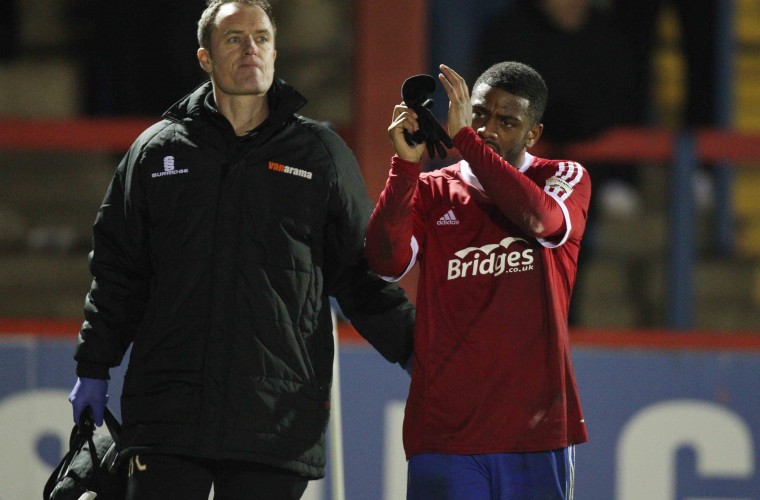 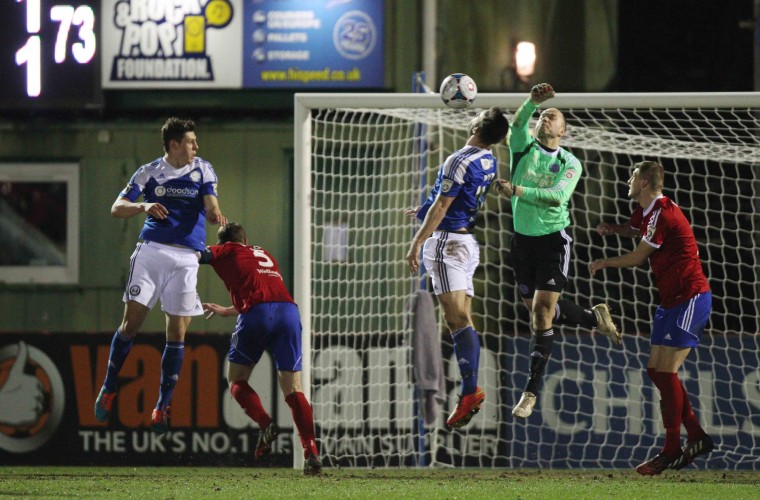 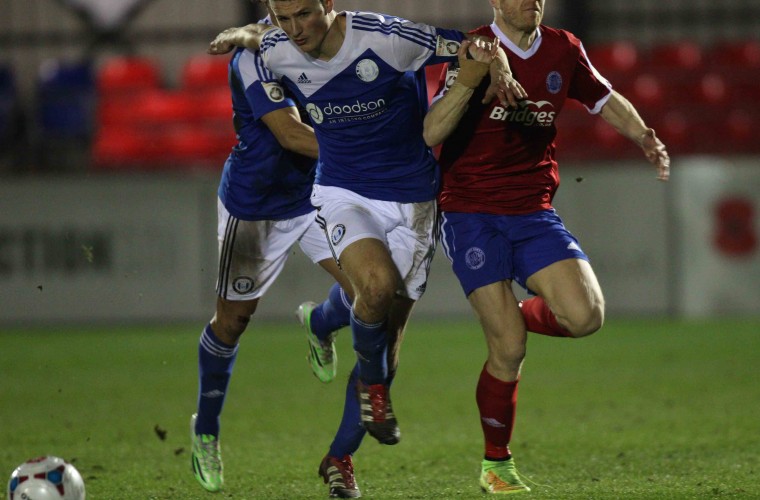 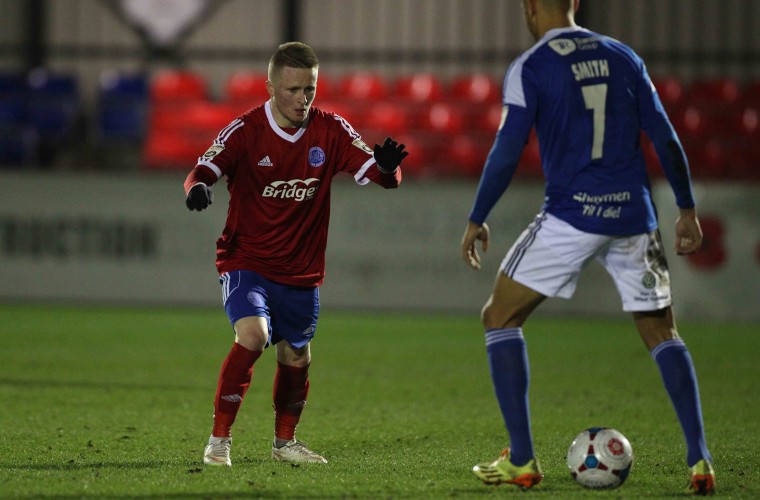 Antonio German’s poacher’s finish was due reward for a fine first-half performance but The Shaymen were resurgent after the break in a game which became a tale of two wingers. Tristan Plummer was the driving force behind the home side’s best work as they took control of the game in the opening period, but thereafter it was Adam Smith – a former Shots loanee – who proved the catalyst for a Halifax comeback, and supplied the cross for Richard Peniket’s equaliser.
Danny East – brought into the team in place of the injured Jaydon Gibbs – fired in a curling drive just past the post in just the third minute but, as Marshall also shot wide from distance, it took Aldershot Town ten minutes to truly seize the initiative. For a thrilling quarter of an hour, Plummer tormented the Halifax defence, creating chances for Hatton, Stevenson and German, and forcing marker McManus to pick up a yellow card.

And it was Plummer whose pass set German free down the left to hit a shot which was deflected for the corner from which he snatched the lead. Hatton’s near-post delivery took a ricochet before German spun and bundled the ball over the line despite the best efforts of a defender.

Brett Williams should perhaps have doubled the lead on 38 minutes, with a fierce hooked volley from East’s inviting cross, but Matt Glennon somehow made a superb reaction save from just six yards and, as Schofield’s shot was blocked and Marc Roberts’ header parried, Aldershot Town were good value for their half-time lead.

Two substitutions early in the second-half proved crucial: winger Jamie Jackson abetted Smith in their comeback, and as Plummer limped off with a hamstring strain The Shots lost a degree of momentum. German and Smith quickly exchanged shots on goal and on 59 minutes FC Halifax were level. Smith skipped past the otherwise solid McGinty and chipped in a cross which Peniket met with a powerful header.

Phil Smith’s 73rd minute save, to deny Peniket after his run evaded both Wilson and Barker, was almost the equal of Glennon’s earlier effort, and the visiting goalkeeper was again impressive to ensure Hatton’s 35-yard free-kick didn’t find the top corner.

Into injury-time, Marc Roberts’ point-blank header, from Marshall’s deep cross, hit the bar, but a draw was the right result in a game which provided optimism for both sides. Whether six unbeaten or four without a win, this was a night for accentuating the positives.