Danny Wright’s 88th minute equaliser denied The Shots a second away win of the season, but this deserved draw still represented a point won. 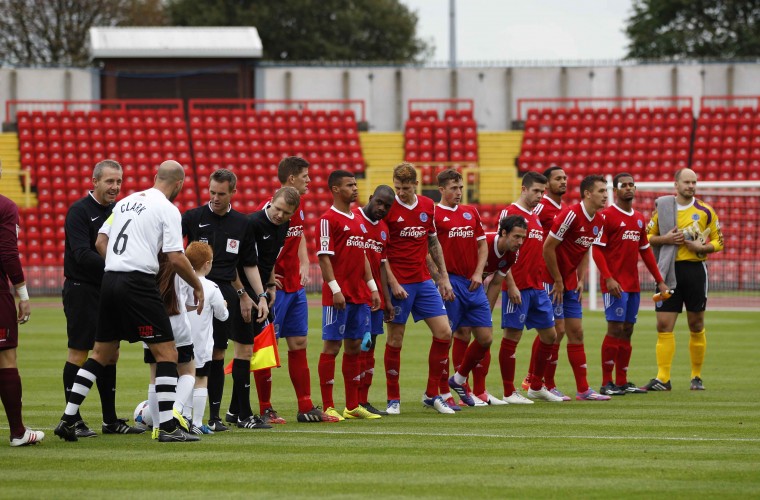 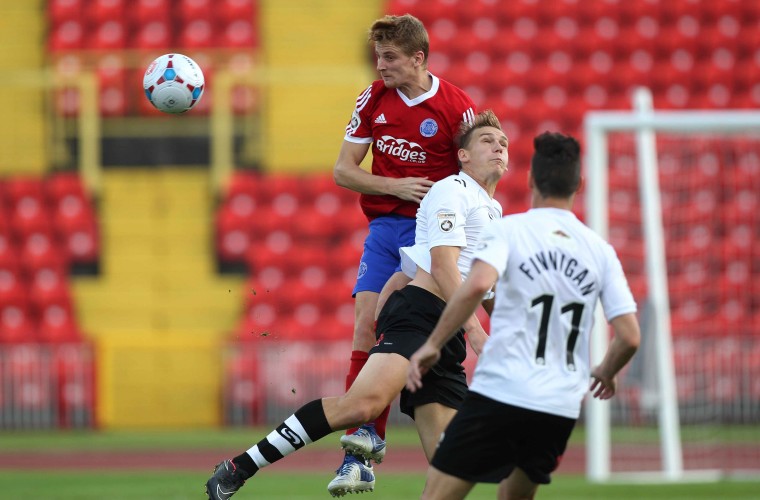 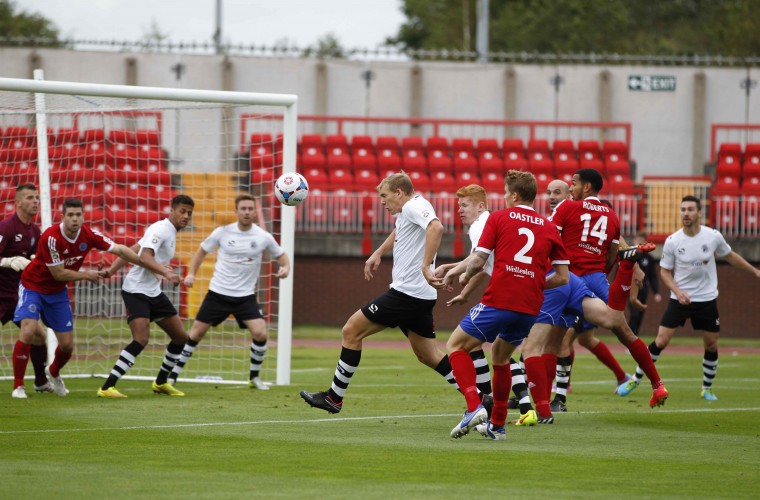 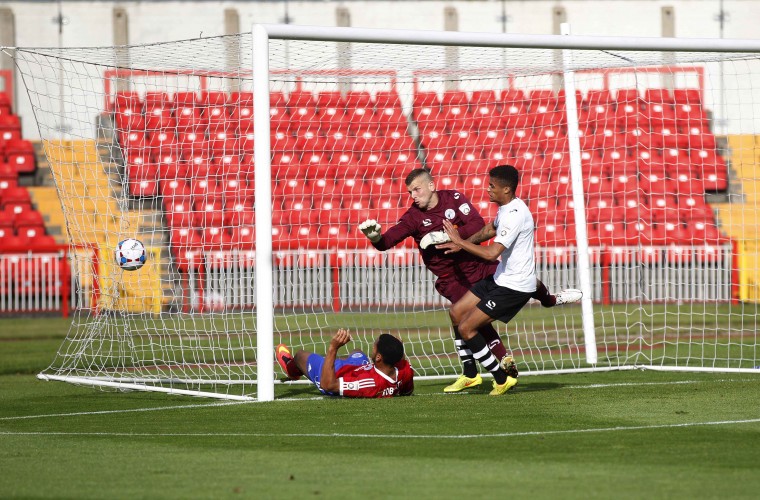 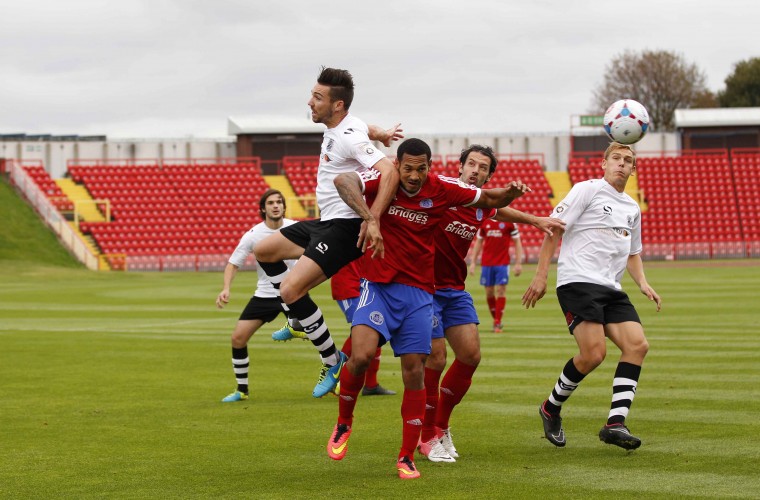 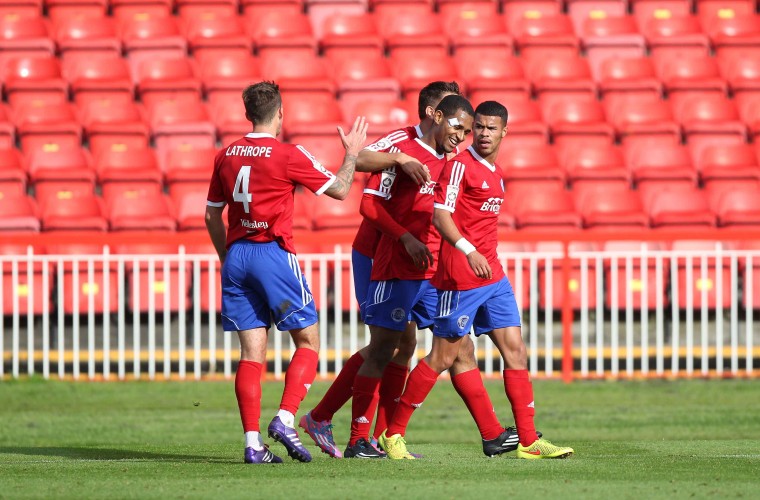 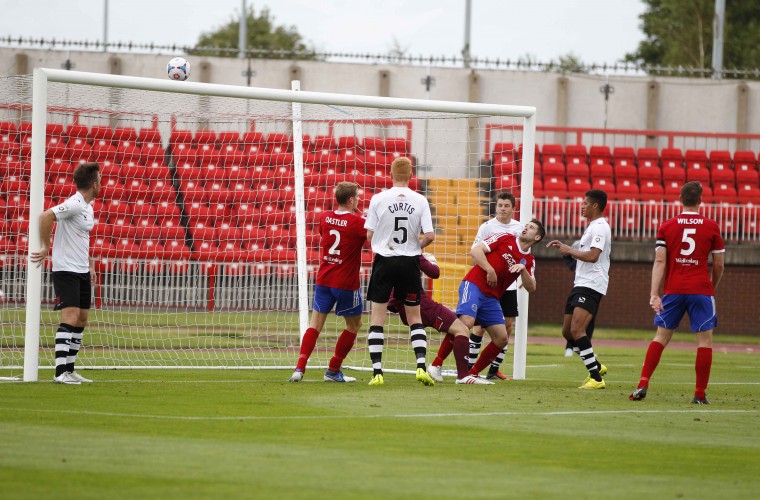 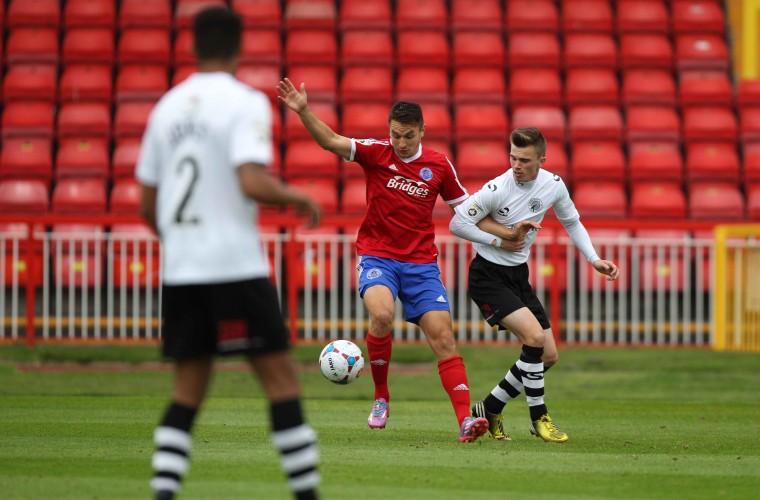 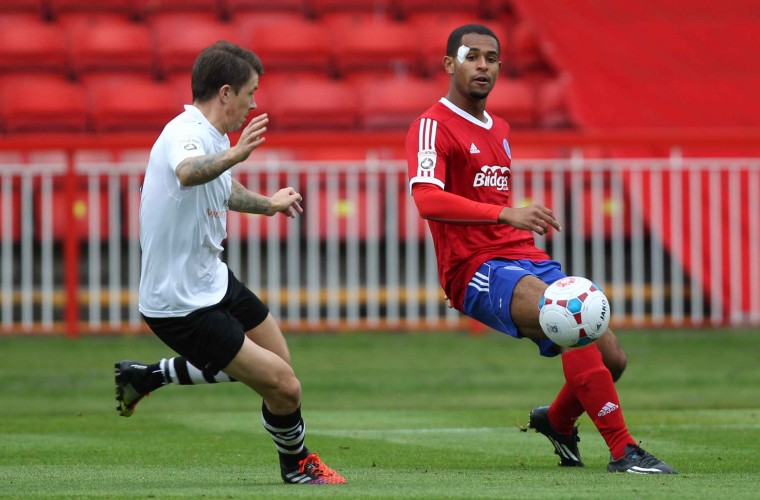 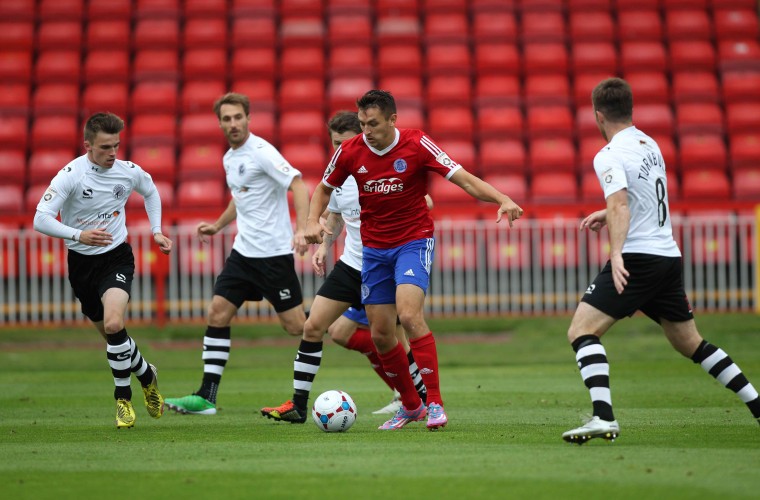 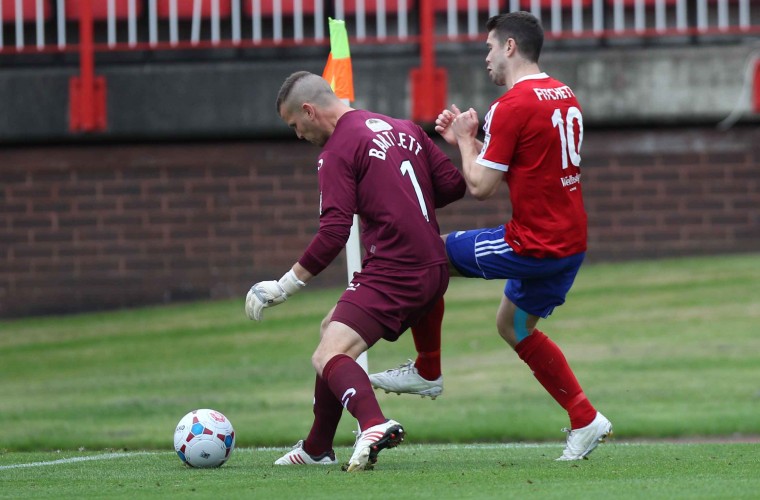 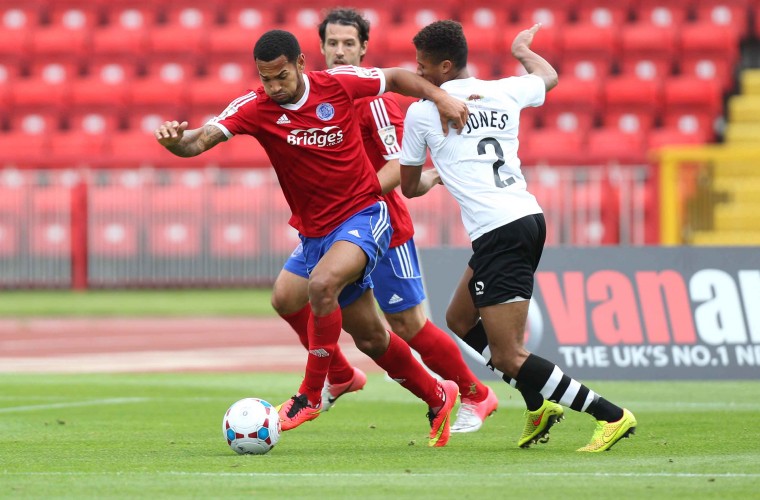 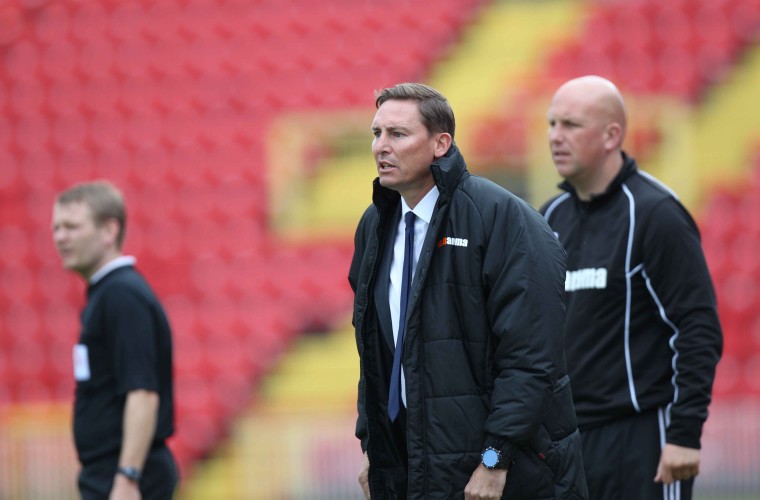 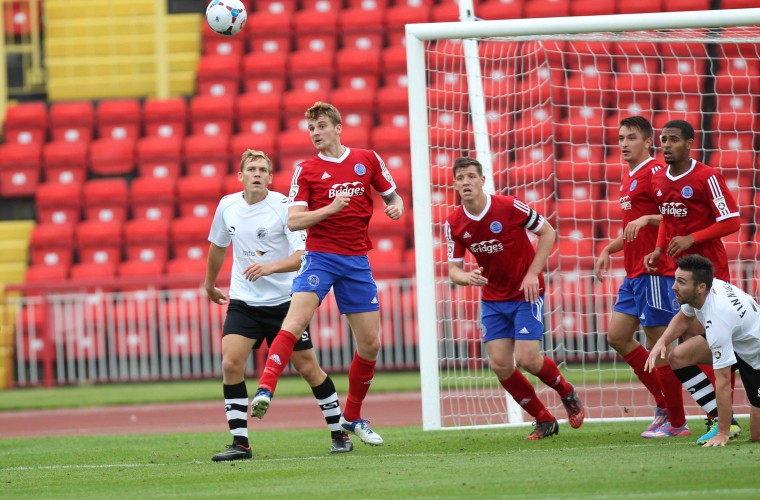 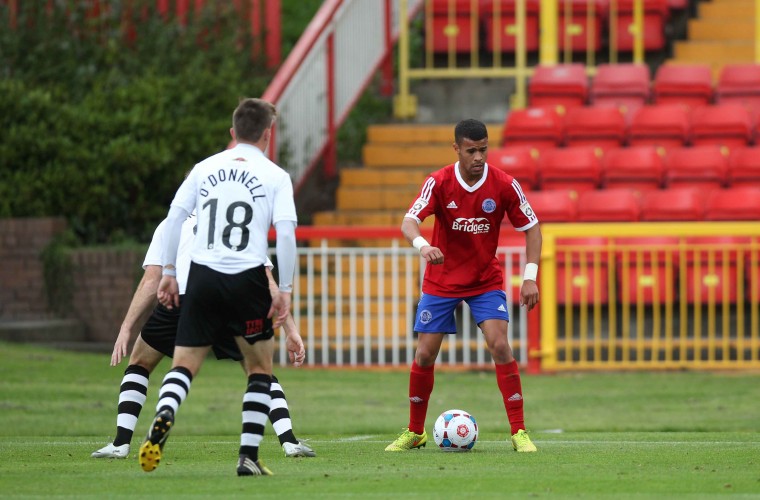 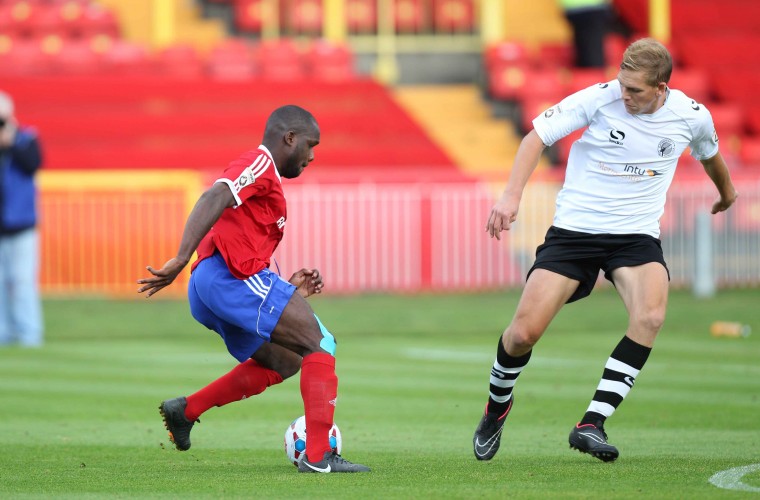 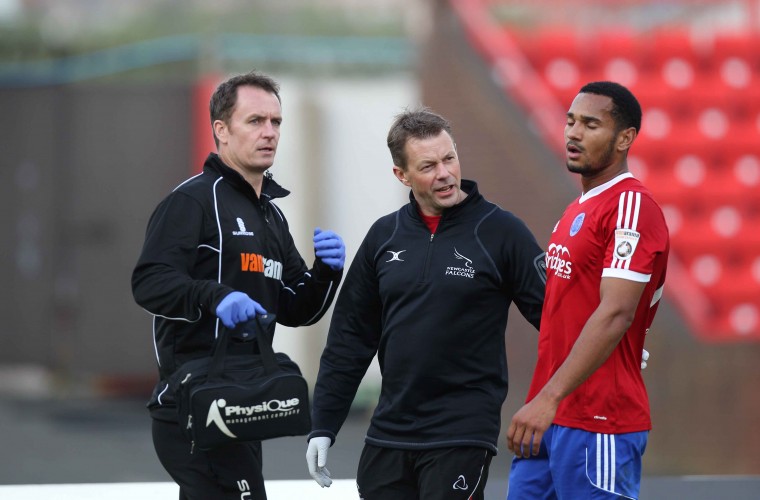 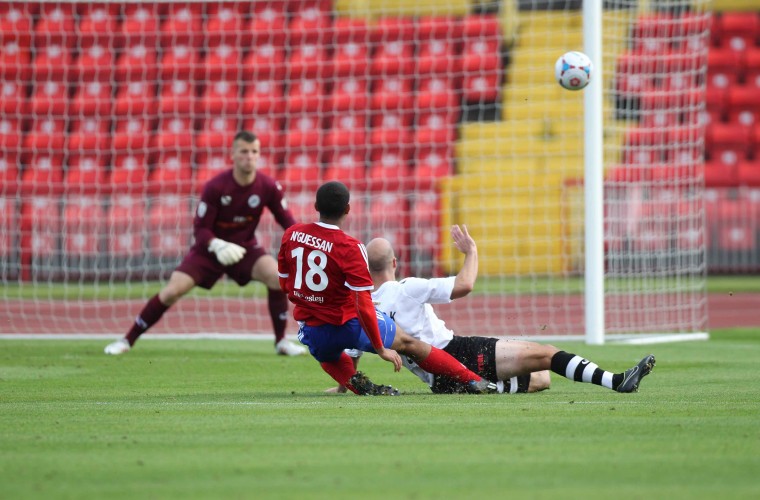 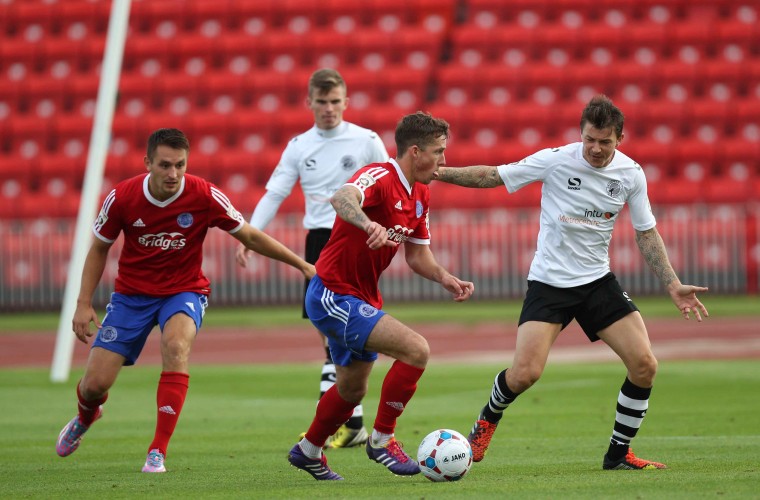 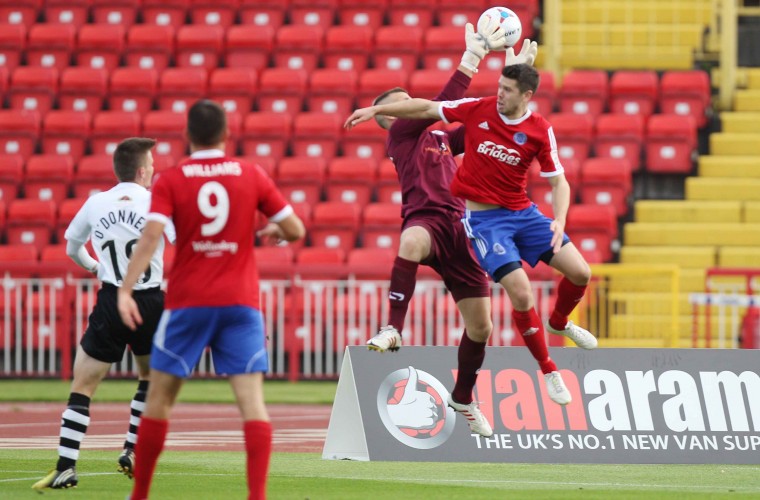 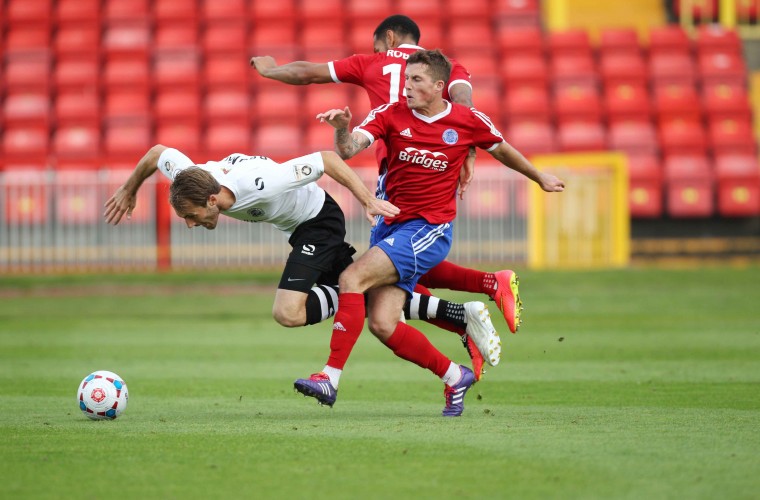 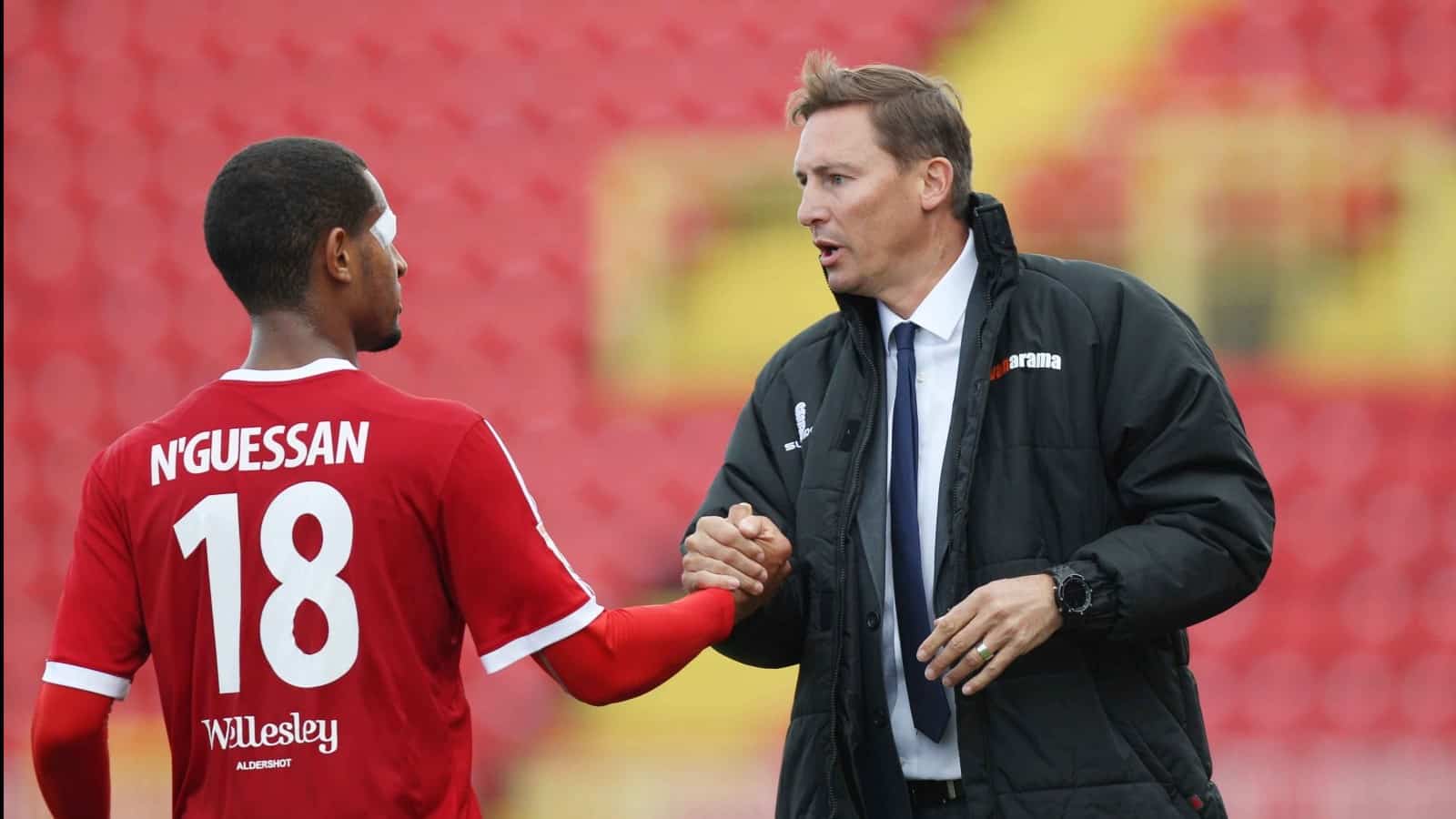 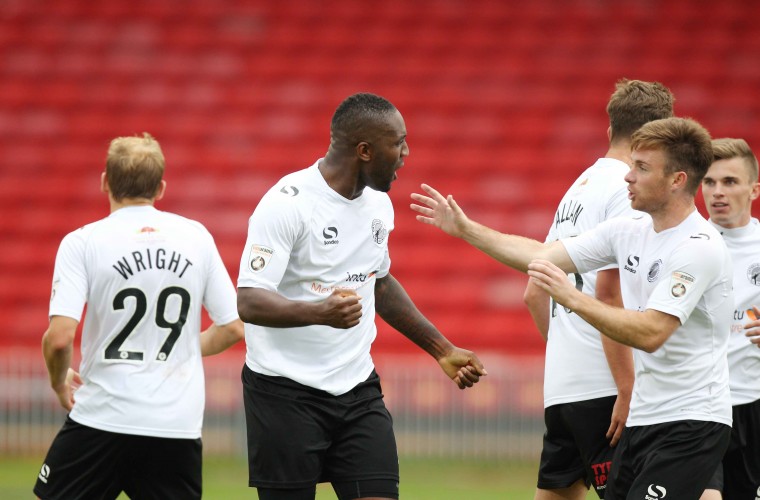 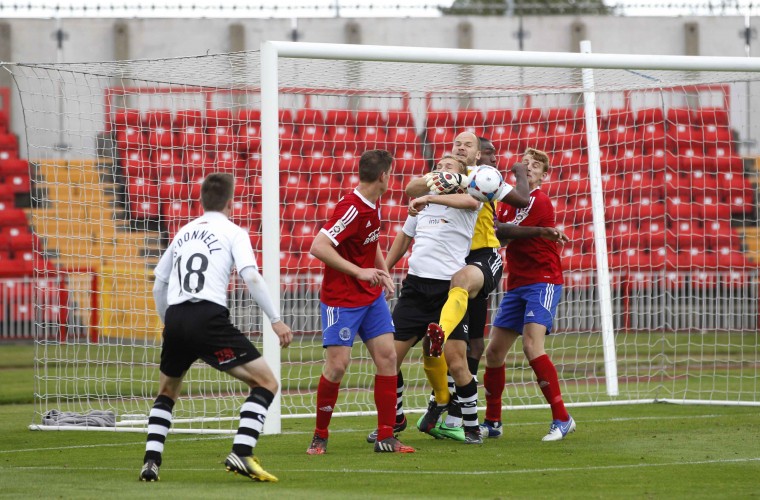 A cagey opening was characterised by Gateshead pressure repelled by a strong Shots defence. Wright’s fierce volley deflected over from Lathrope’s point-blank block, but soon it was Lathrope’s own corners which forced the hosts’ defence into evasive action, as Glenn Wilson twice threatened to make a telling connection.

Gateshead did, though, enjoy greater possession for much of the first-half. Right-back Andrai Jones was a willing attacking outlet and Phil Turnbull was an isolated creative outlet in midfield, but they were largely restricted to long-range efforts, from Oster and Rodman.

On the half-hour, Bartlett had to scramble to tip Roberts’ powerful downward header over the bar and, after the game descended into a scrappy phase, The Shots took a surprise – and somewhat fortuitous – 39th minute lead. Fitchett rolled the ball out to N’Guessan on the right, and his deep searching cross towards Roberts dropped over Bartlett into the top corner of the net.

It proved the final action of the half, yet The Shots began the second period with a spring in their step. Turnbull’s half-volley flew over Smith’s crossbar and the frustration grew both on the pitch and in the stands. A stronger connection on the end of Lathrope’s corner might have given Oastler the second goal, but he could only manage the faintest of glancing headers.

Substitute Rankine sliced a shot into the side-netting before Rodman and Rankine saw efforts easily saved. A double change, ad switch to three at the back, eventually galvanised Gateshead into a response, but not before Bartlett had to palm away Roberts’ dangerous cross and Williams stabbed a shot over the bar from Roberts’ nod-down.

Substitute Chandler twice had drives blocked, and Gateshead resorted to fighting for scraps from long throws. Tonkin threw himself in front of Rodman’s shot yet soon their belated pressure bore fruit. Rankine was bullish to hold off a challenge and find Rodman on the right, and the cross invited Wright to rise above Oastler and power a header into the net.

Still both sides pushed for a winner through three minutes of injury time, and Hatton and O’Donnell exchanged long-range shots before the final whistle halted Gateshead in their tracks.