Following a battling team performance up at Gateshead that deservedly saw The Shots return with a point, Manager Andy Scott named an unchanged starting eleven. Once again though, he was only able to name four substitutes. Ex-Shots Stefan Payne and Soloman Taiwo started for the home side. 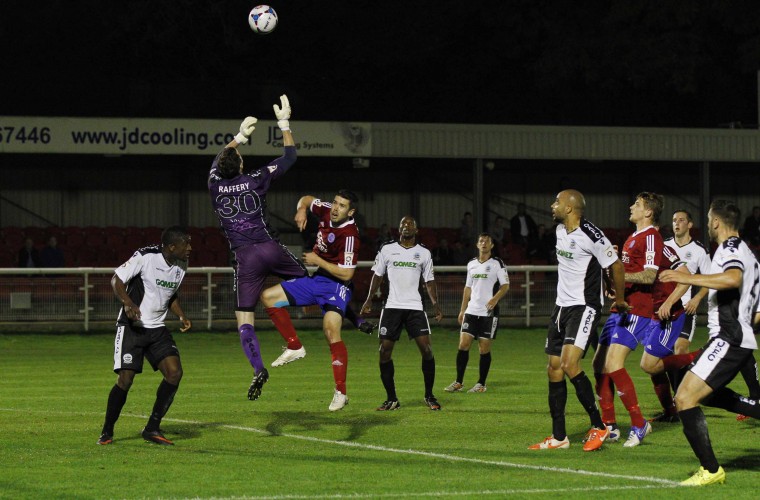 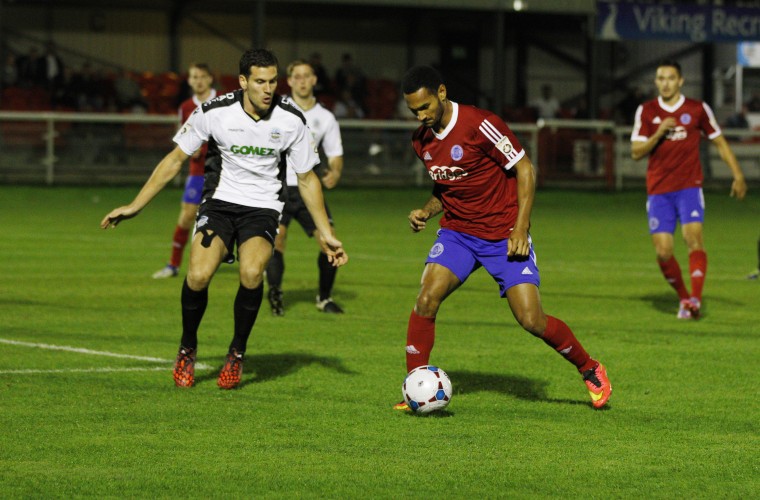 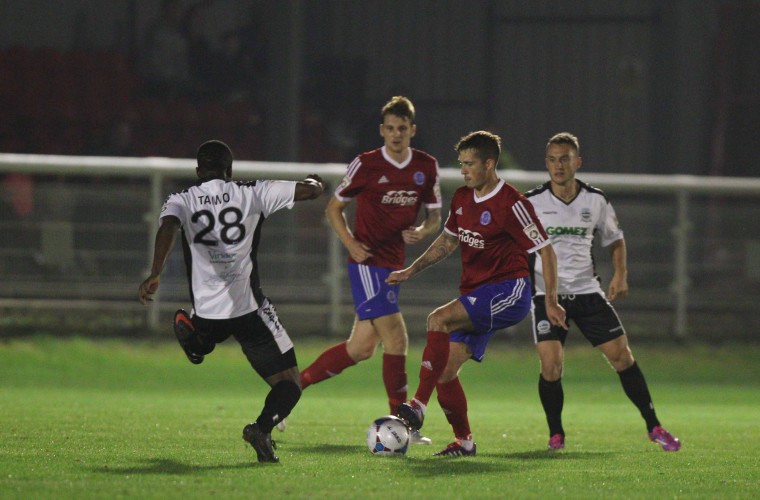 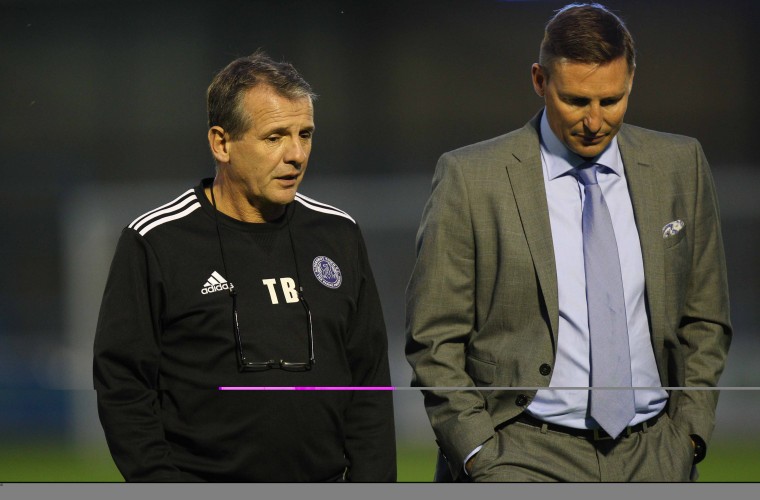 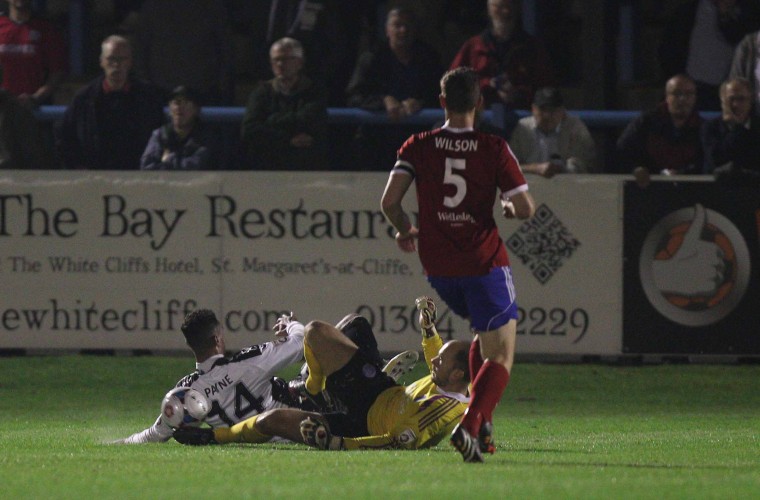 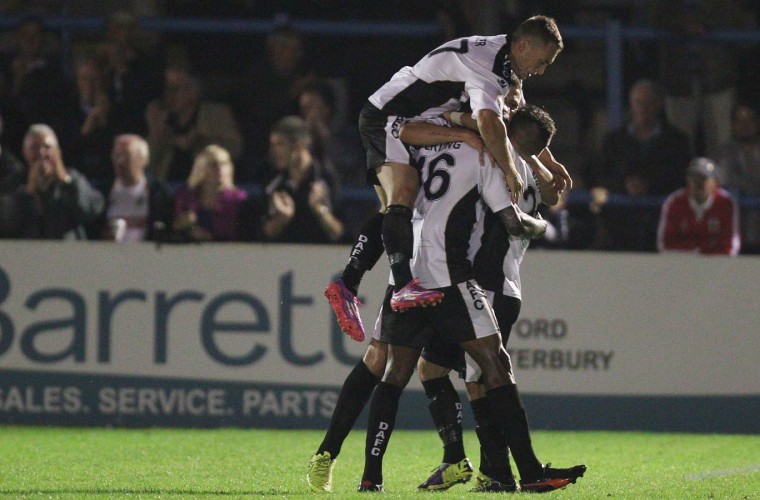 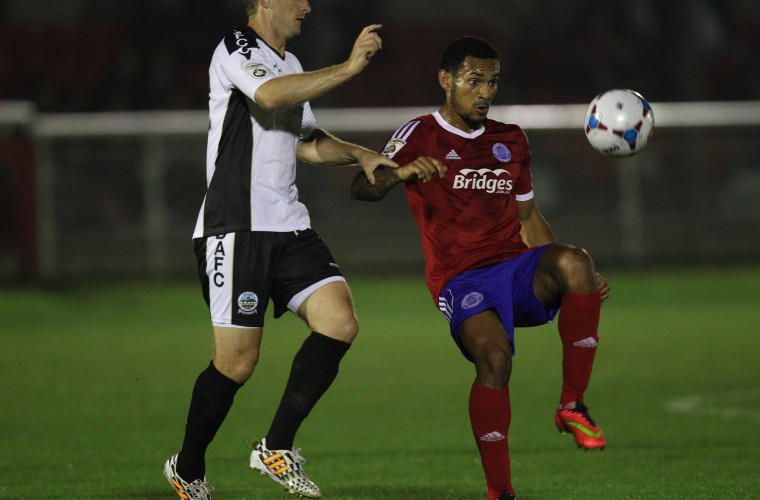 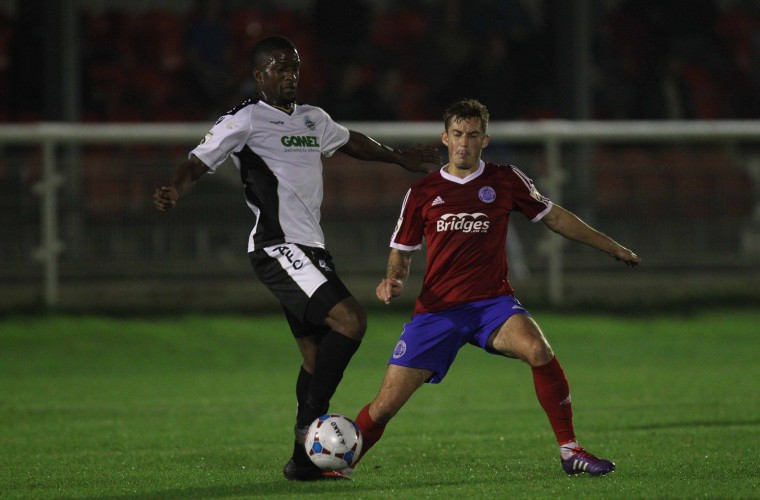 Scott’s men began the match the sharper of the two sides and quickly carved out the first effort on goal – Brett Williams forcing The Whites keeper into more of a spill than a save in only the 2nd minute. Two consecutive corners followed, both well delivered by Damon Lathrope. Jordan Roberts latched onto the second one, but was well closed down and unable to get a shot away.

Dover barely threatened in the opening 15 minutes. The one time they did, Anthony Tonkin was on hand to produce a perfectly timed interception, robbing Payne of possession as he bore down on goal.

However, in the 22nd minute, somewhat against the run of play, the home side took the lead with an excellently worked goal.
Chris Nanetti whipped over a superb cross and Tyrone Sterling leapt to head powerfully home. leaving Phil Smith with no chance.

Town were stunned by the goal, whilst the Dover side simply swelled with new found condience and created two more opportunities within the space of just three minutes. Fortunately for The Shots the first was blocked and the second – a powerful strike by Lock flew just high and just wide.

The Shots responded, Jordan Roberts with a good run and shot which was parried behind. Then Joe N’Guessan with a volley, just wide. Then Lathrope, well fed by Fitchett, let fly from 20 yards. Again, it flew agonisingly wide.
After that the first half somewhat fizzled out and it continued that way at the start of the second period, before, in he 53rd minute, the game suddenly sprang back into life. Sadly for The Shots – it was with another excellently finished goal for Dover. This time, Payne and Nanetti switched roles, the latter opening up his body before sending a beautifully curled 18 yard strike past the helpless Smith.

Both managers made their first substitution. Murphy came on for Payne for the home side andTom Derry replaced N’Guessan for The Shots. Roberts set up Lathrope but his cleanly struck effort flew just over. After that, it was Dover, once again, that asked the most questions. Phil Smith pulled off two excellent saves in the space of a minute and soon after, Sterling drove a low shot wide. Scott then brought on Hatton for Tonkin, Roberts, as often the case, dropped into the left back berth.

Things went from bad to worse on 69 minutes, as Miller stuck out a leg and toe-ended Craig Stone’s cross past Smith and into the far corner. Again, Shots created an opportunity straight after the goal, Williams drawing a good save from Rafferty, but ultimately, the difference between the two sides was the finishing.

That said, Dover would have increased their lead further if first Miller (poked just wide) and then Murphy (drove against the crossbar) had been more clinical. Miller did have the ball in the net again on 82 minutes, only for the Assistant Referee’s flag to come to The Shots rescue.

Aldershot huffed and puffed away as the end of the game drew close. Hatton headed the ball nicely into the path of Brett Williams, but The Shots top scorer volleyed over. much to the delight of the home supporters. Then Fitchett headed over from substitute Naby Diallo’s cross.

In summary, it was a match that everyone connected with Aldershot Town will want to put behind them quickly and that is exaclty what The Shots must do as they quickly return to action at home to bottom side Alfreton on Saturday.