Aldershot Town bounced back in impressive style with a solid performance and 2-0 victory over Alfreton Town. 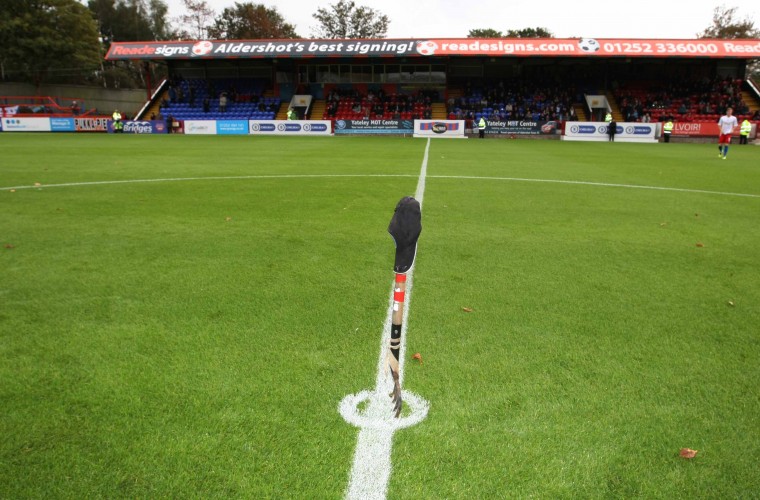 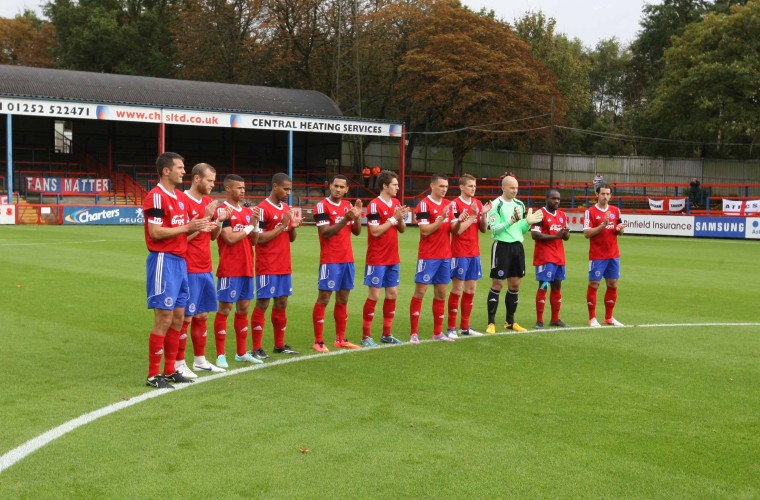 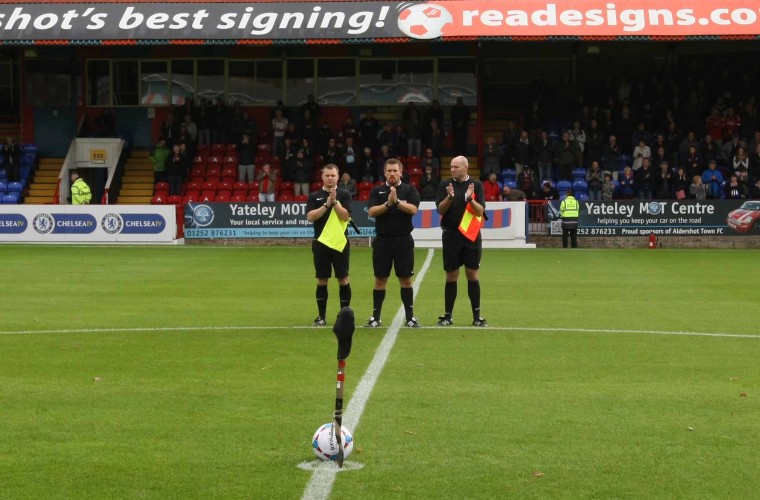 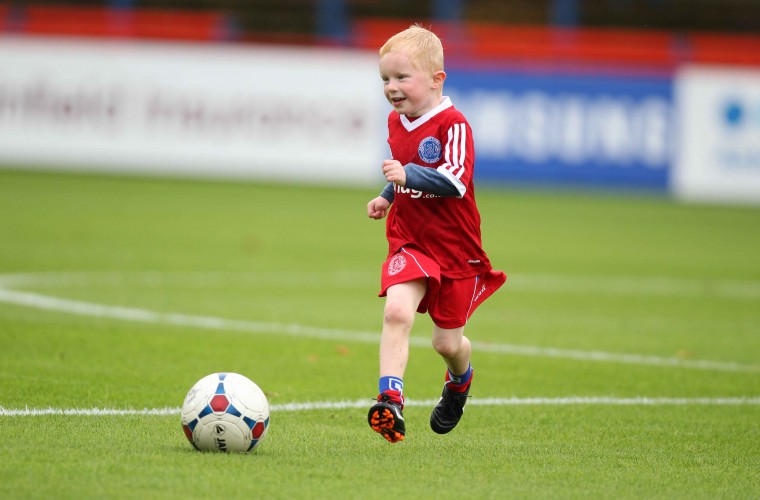 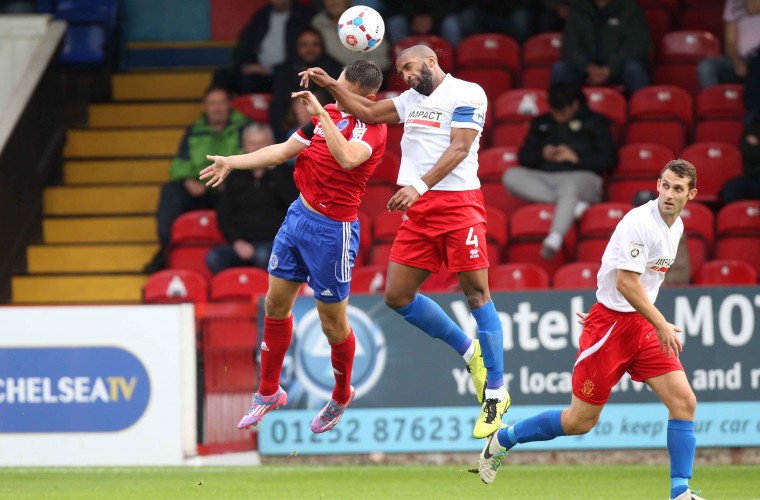 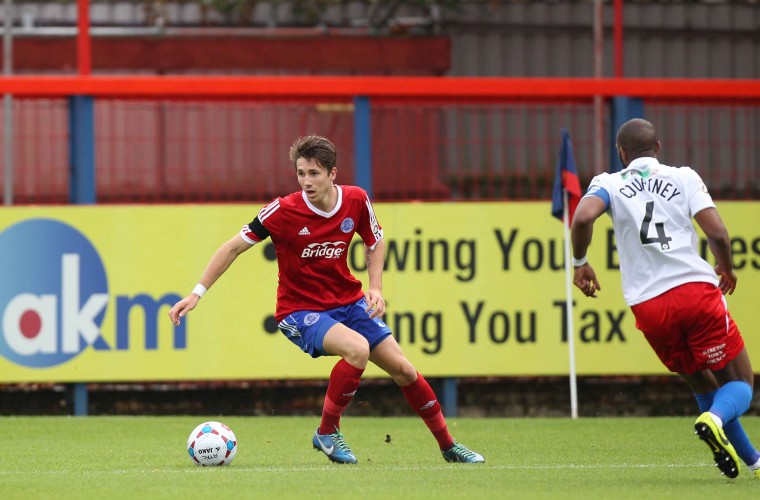 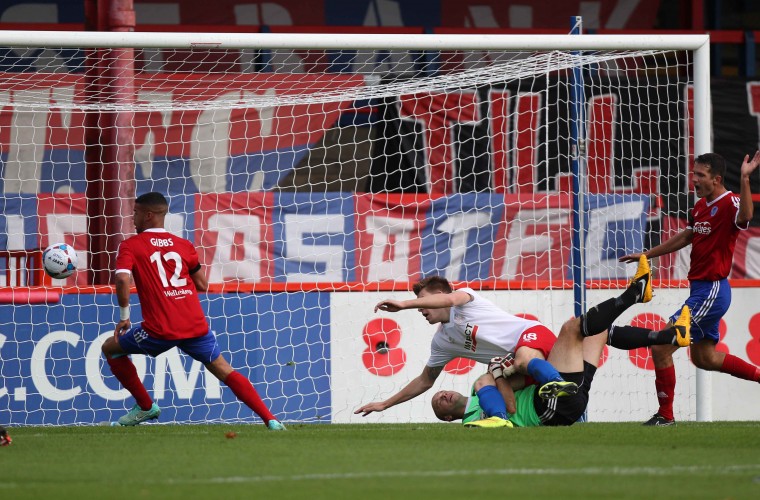 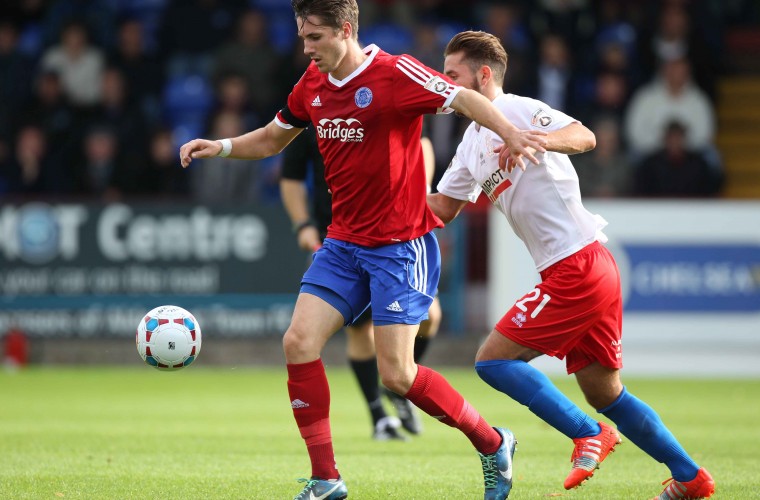 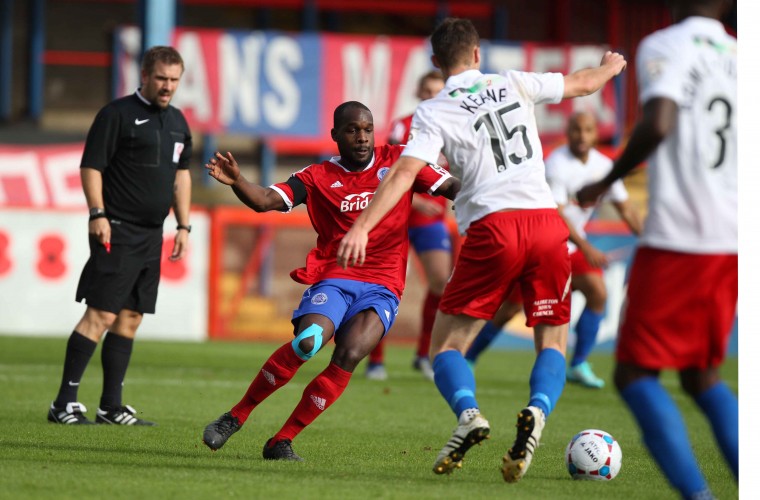 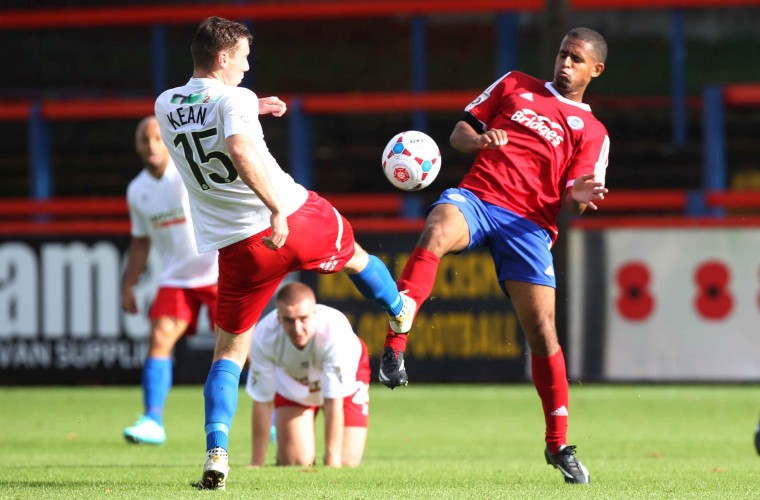 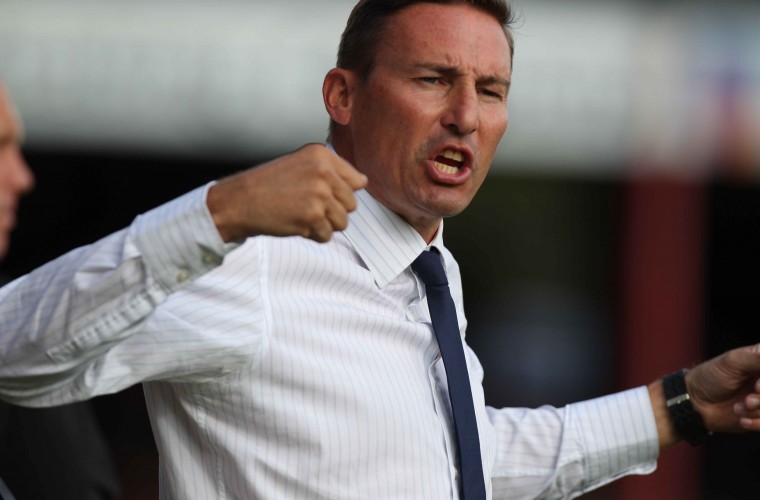 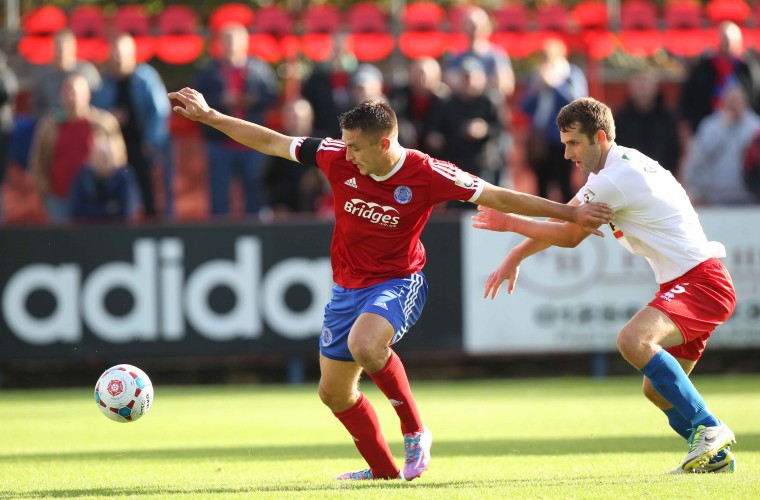 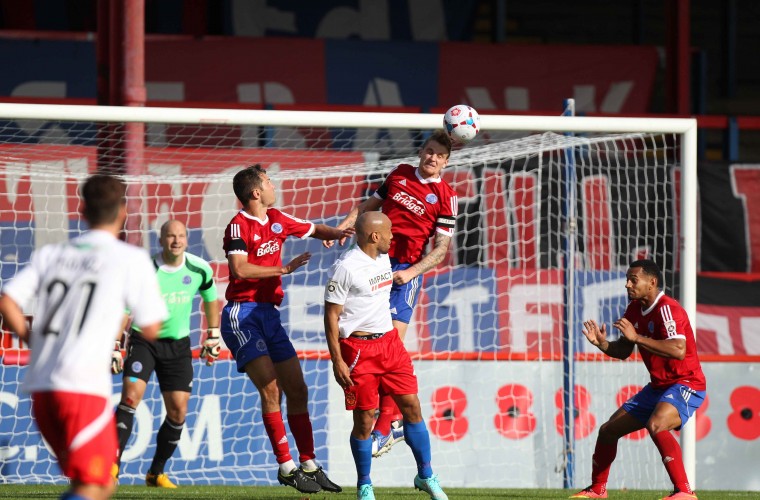 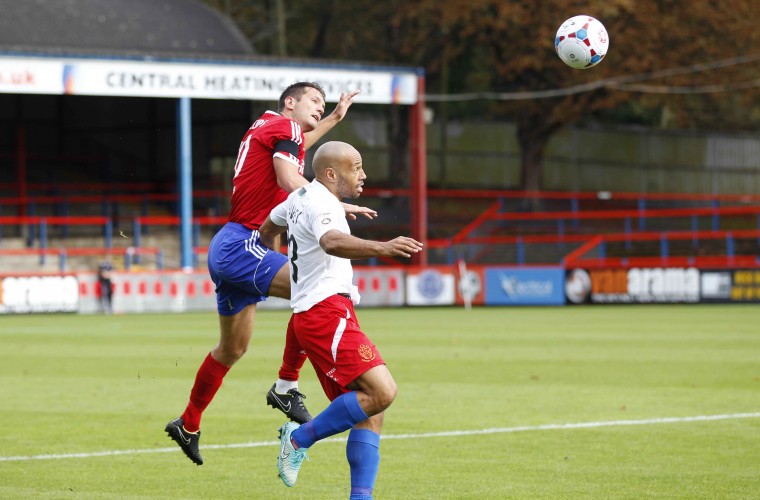 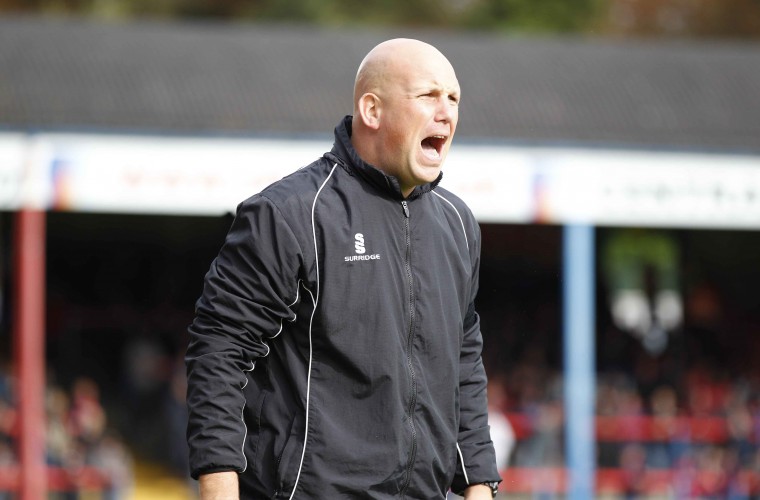 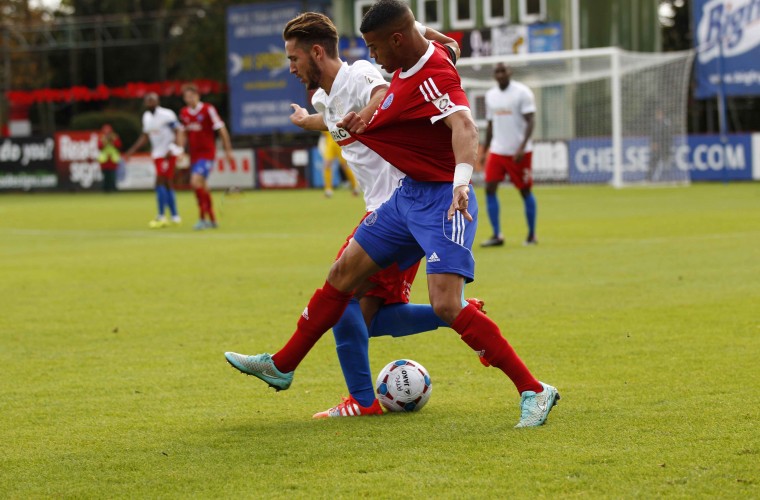 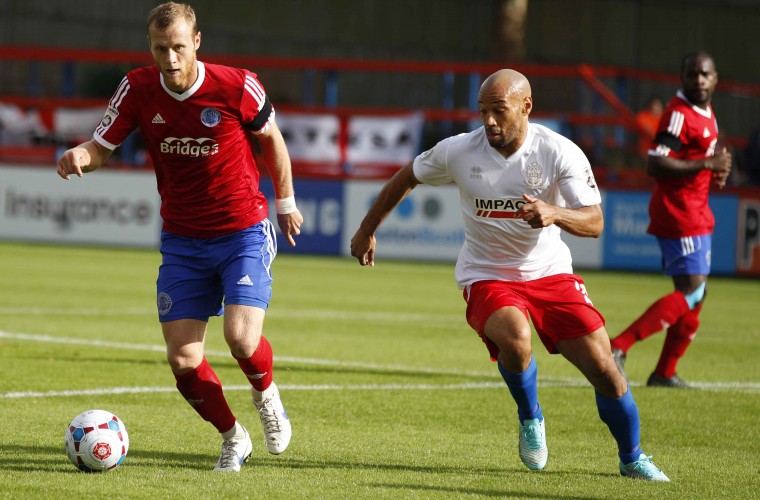 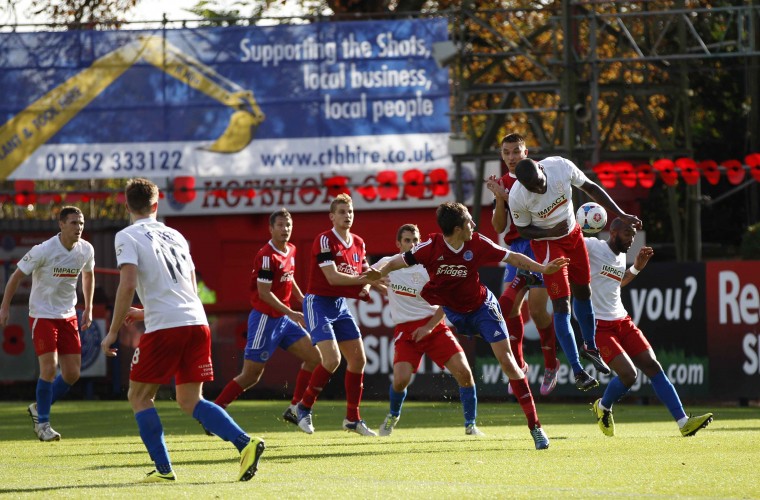 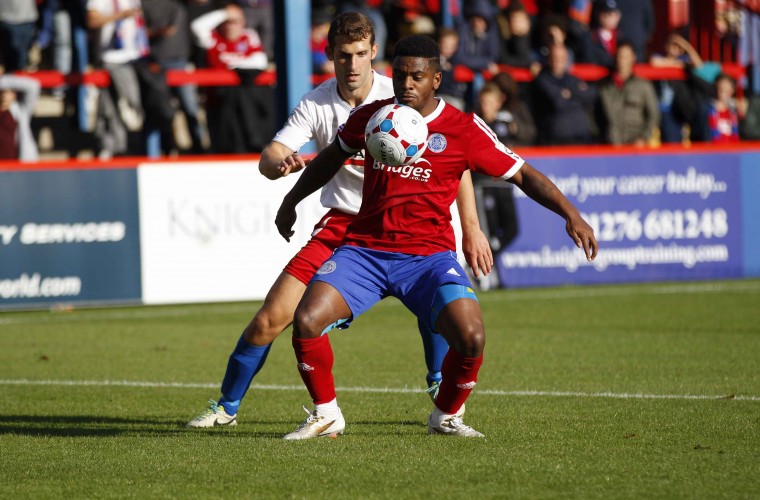 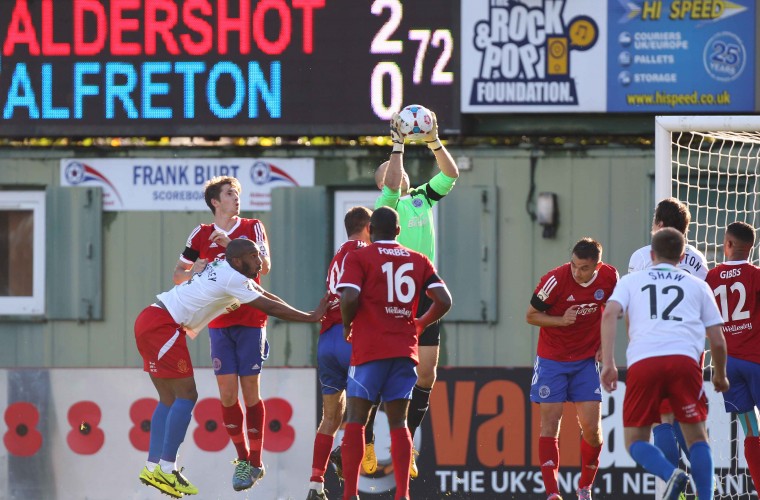 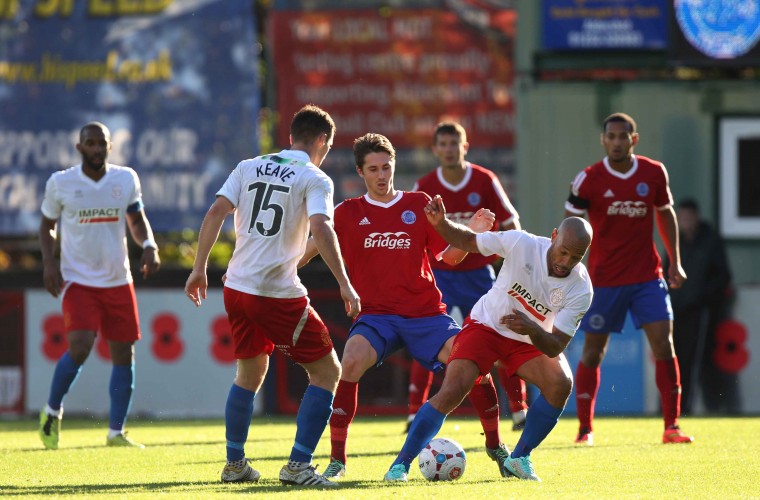 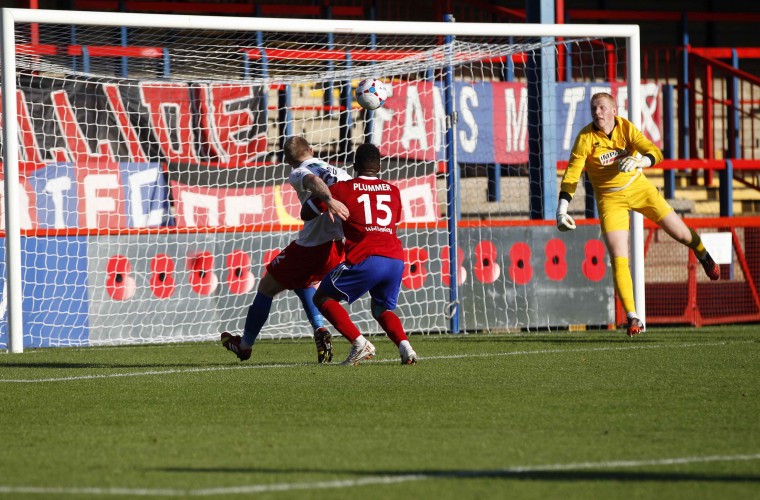 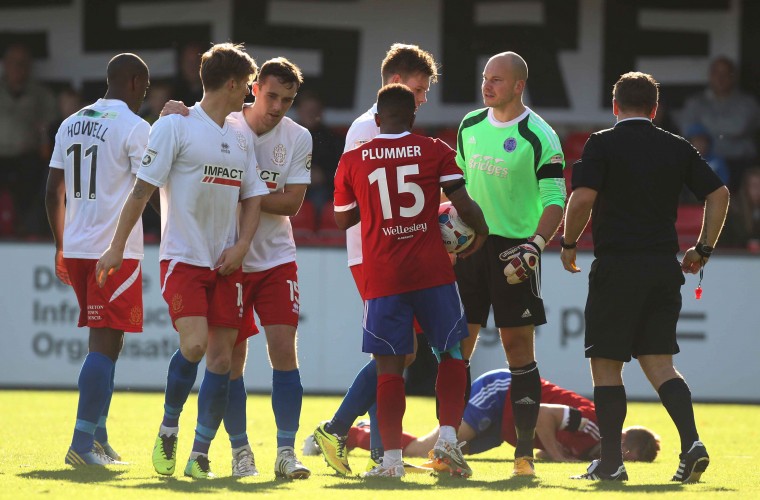 Sam Hatton’s free-kick and an angled drive from Jaydon Gibbs, midway through each half, earned the win as Andy Scott saw all three players brought into his starting line-up make positive impacts.

Loanee Mark Phillips was an indomitable force in defence, and Tom Derry a tireless, intelligent runner in attack, and along with Hatton’s set-pieces and midfield industry, proved the catalysts for a resurgent display.

Winger Dan Bradley was Alfreton’s main attacking threat during the first half, and his teasing cross saw Phil Smith and Karl Hawley collide on the edge of the six-yard box, before Gibbs could clear. Williams’ shot on the turn was blocked, and Jordan Roberts’ rebound effort was saved, but on 27 minutes Bradley and Hawley combined again. Hawley’s shot was blocked and the two follow-ups were first charged down and then blazed over the bar.

Derry and Williams then combined to more telling effect at the other end, on 33 minutes. Derry’s flick invited his strike partner to spin past his marker and bear down on goal, but the ensuing foul merely allowed Sam Hatton to bend a 20-yard free-kick around the wall and over Dawson’s despairing dive.

Tonkin was forced to depart with a calf strain but The Shots’ defence continued to hold strong. Ironside headed wide in first-half injury time and, four minutes after the re-start, Luke Graham’s own header hit the post as The Shots struggled to clear a corner.

Williams was tricky in midfield and saw his long-range shot cannon off Dawson’s chest, but still it was the visitors who exerted a degree of pressure. Bradley wasted a free header, nodding over the bar from six yards, and then turned provider as Ironside hooked a volley straight at Smith.

In the very next minute, they were punished, as the tenacity of substitute Lathrope won the ball back in midfield. He spread play out to Gibbs down the right and, afforded the space to break into the penalty area, the right-back placed his shot across Dawson into the bottom corner of the net.

Shaw hit a free-kick wide of Smith’s goal, and another substitute, Josh Scott, saw his stooping header deflected wide, as Aldershot Town appeared in control of the game. Gibbs’ cross was tipped away by Dawson, and Plummer had two late shots, but still it took a superb last-ditch recovery tackle from Phillips, as Ironside bore down on goal, to preserve the clean sheet.

Nonetheless, after their Dover disappointment, this was a fine response from The Shots.