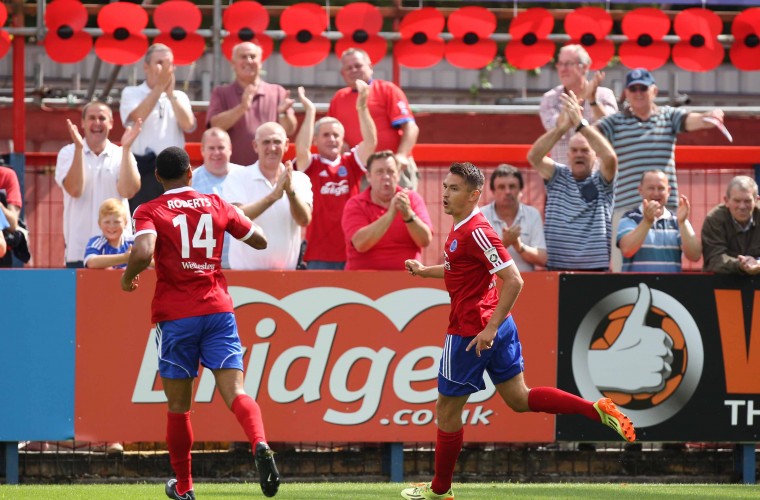 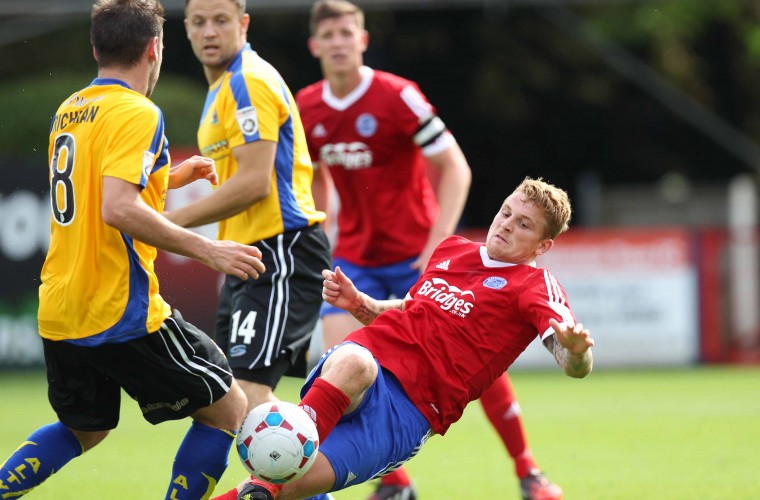 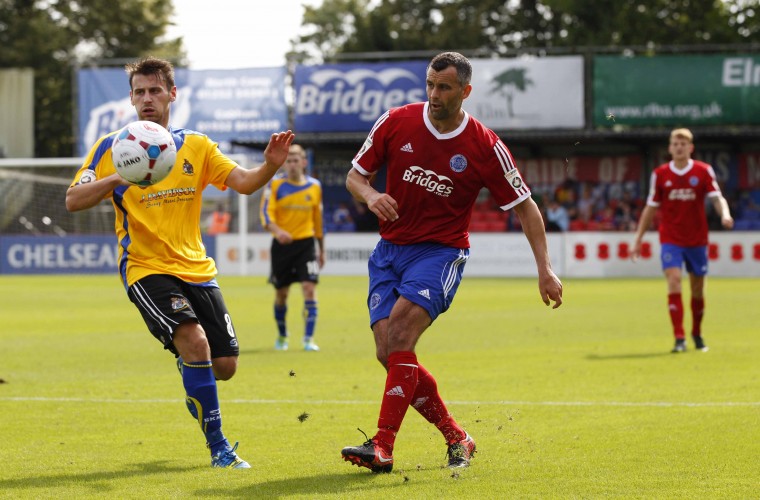 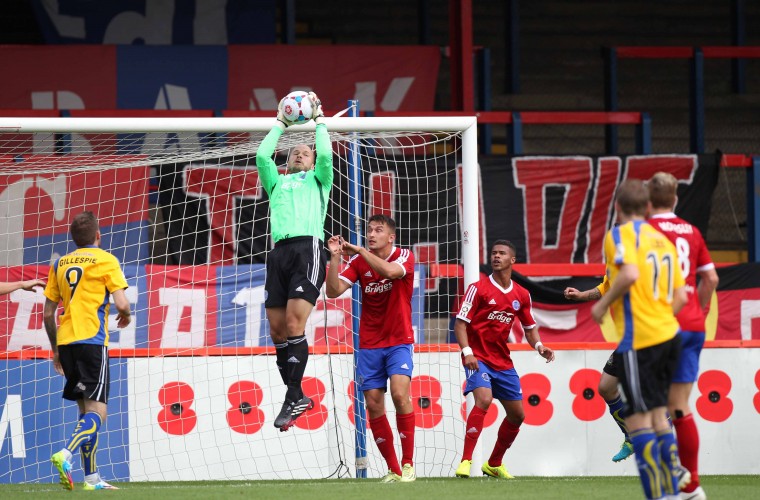 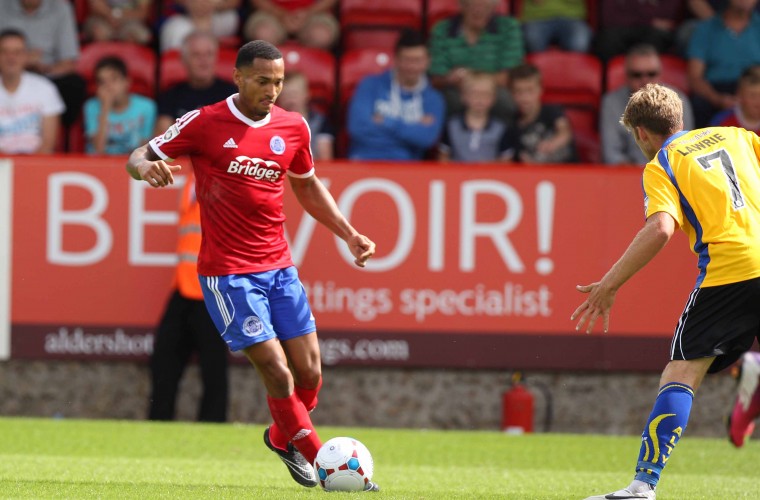 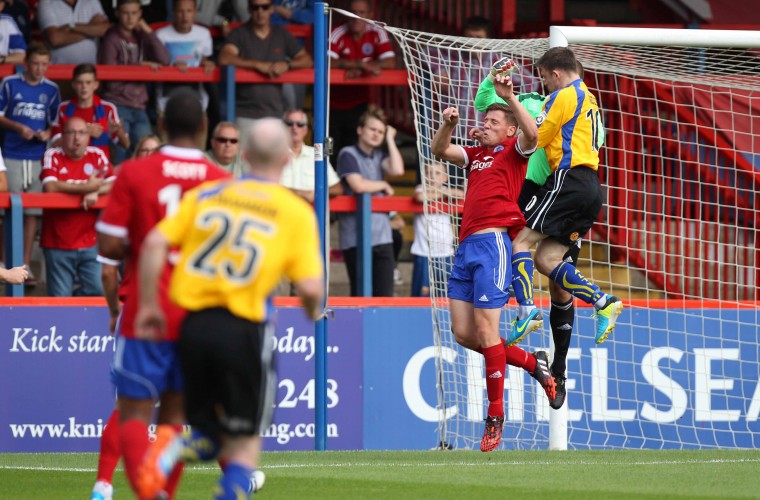 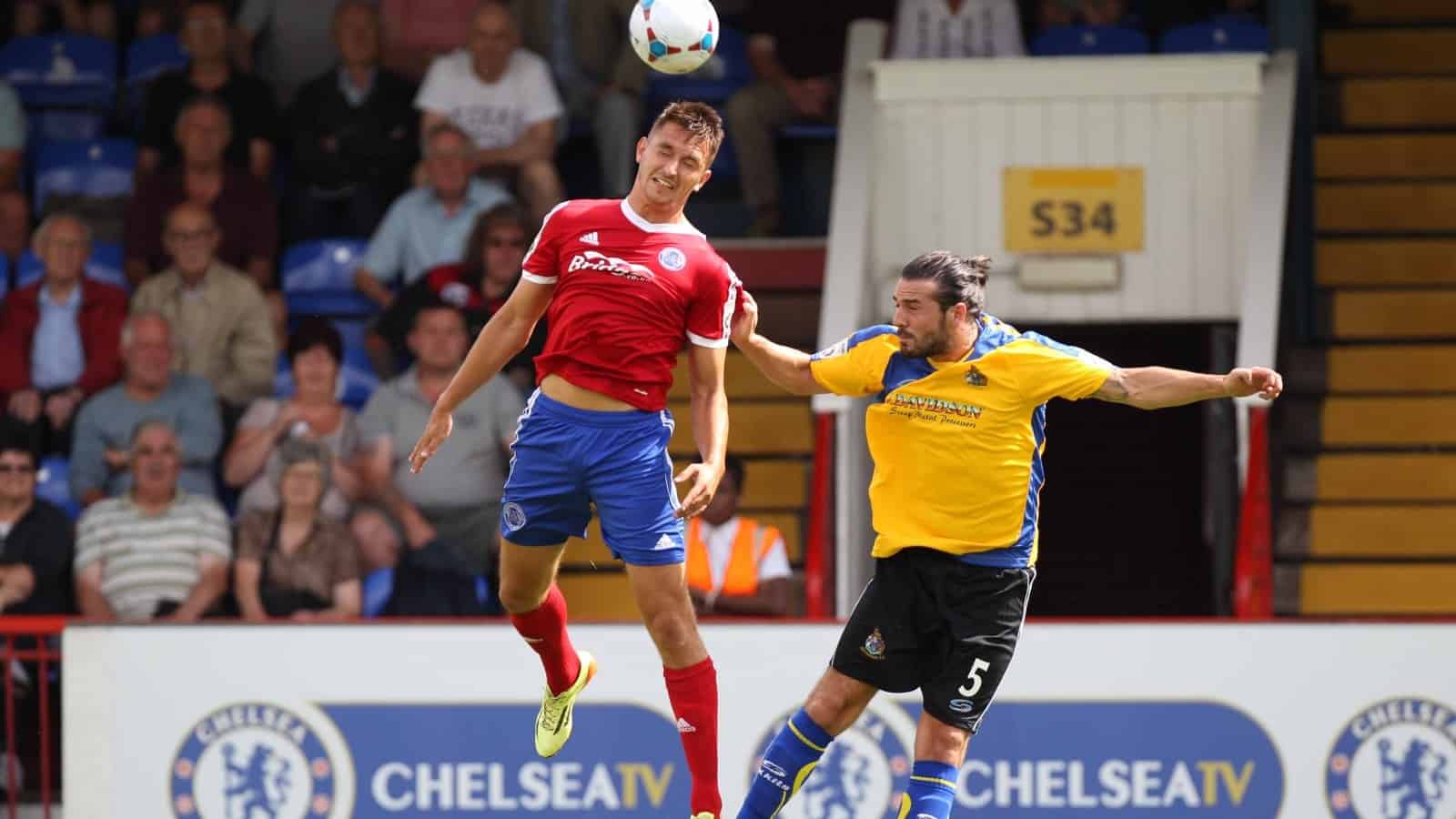 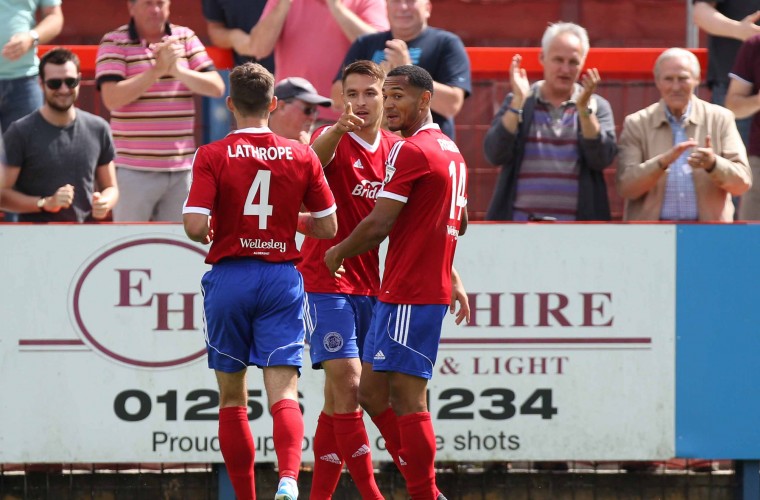 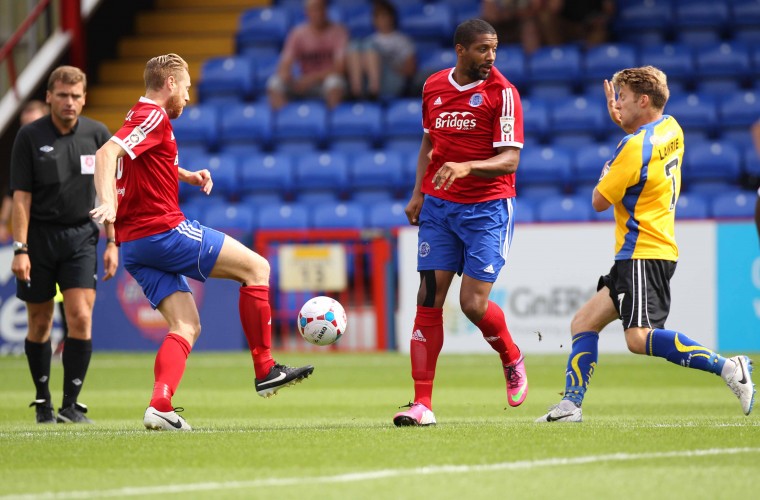 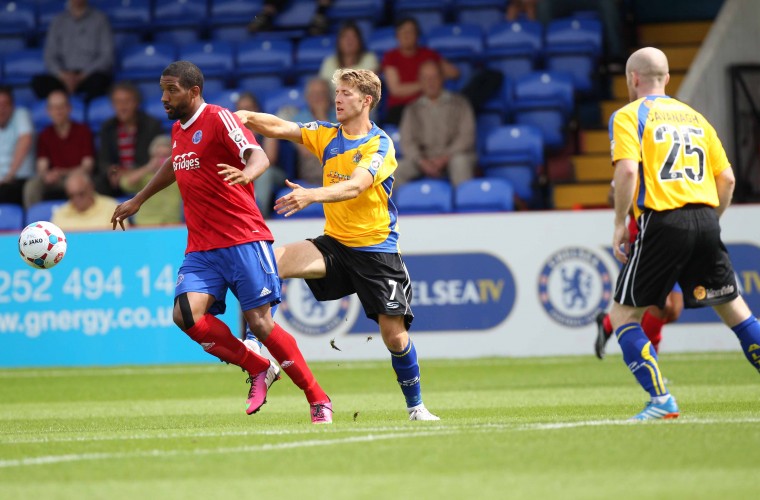 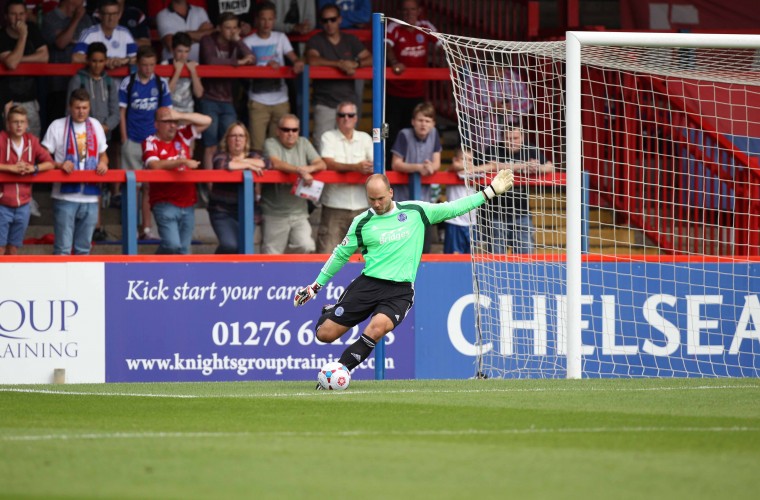 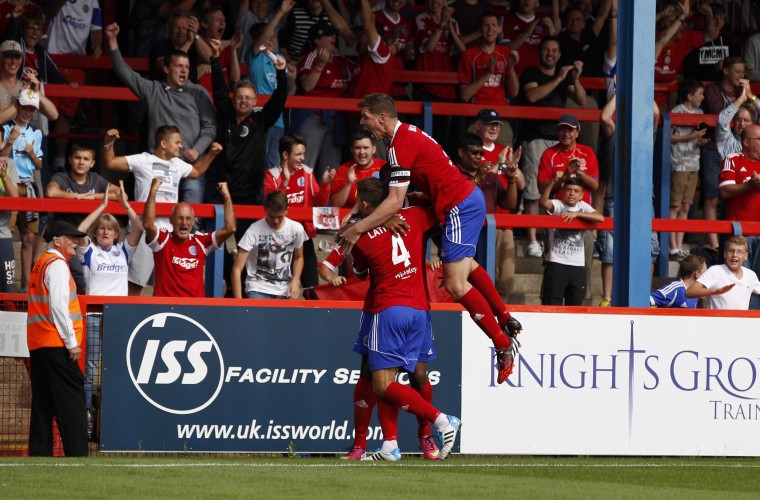 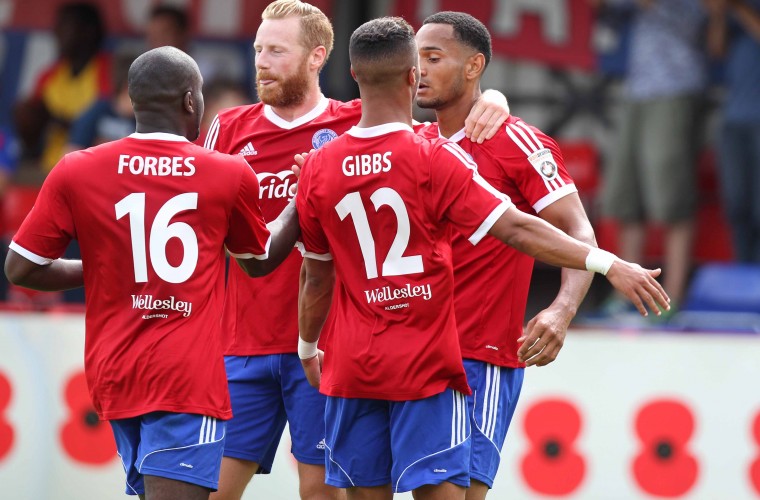 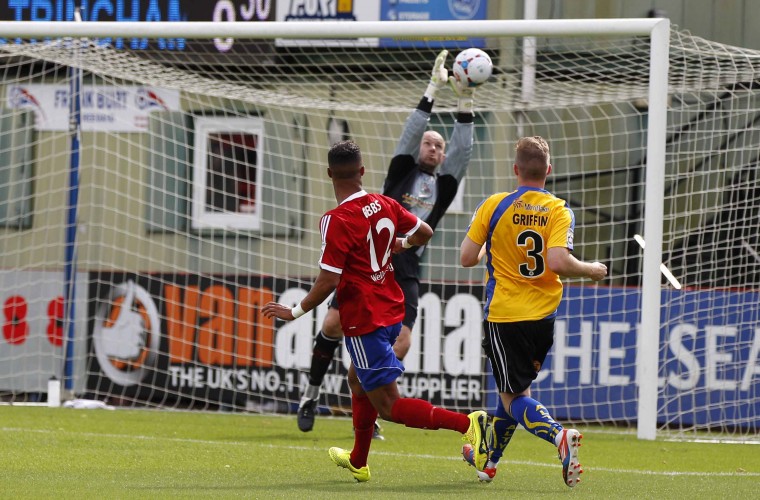 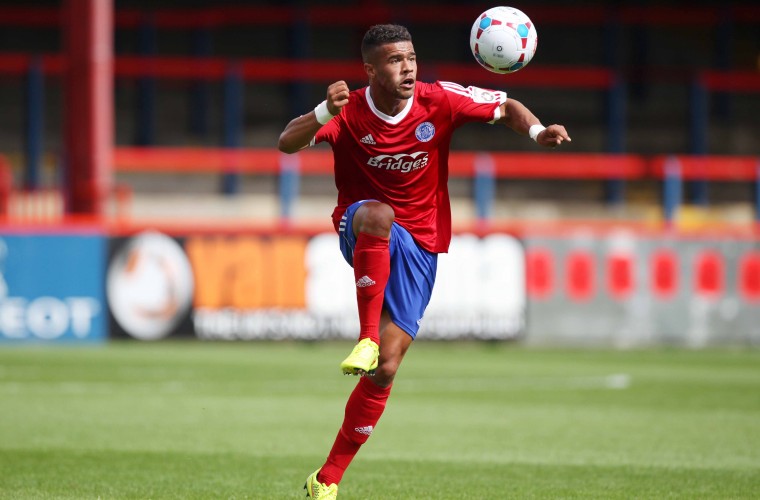 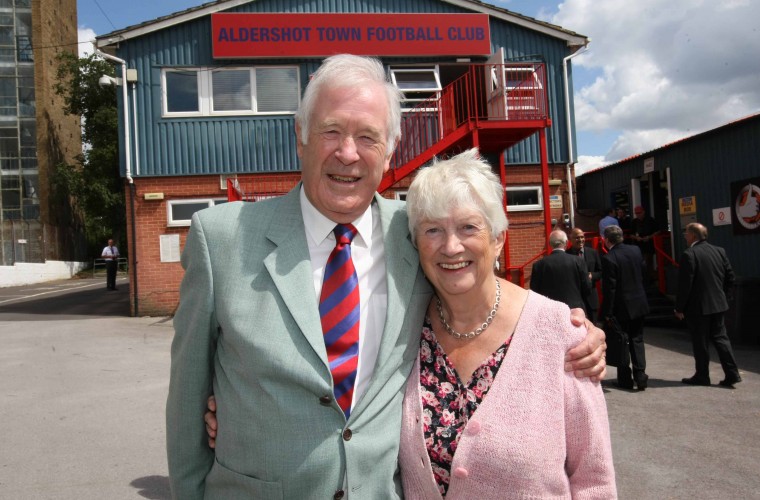 Aldershot Town began the new season in fine style with a comprehensive victory over newly-promoted Altrincham.

Josh Scott was the catalyst for the win, as he provided astute assists for the first two goals, scored by Brett Williams and Jordan Roberts, and then added the third himself. The final 30 minutes were a little nervy for the hosts, as Nicholas Clee pulled one back to give the visitors a modicum of hope, but ultimately this was an impressive start.

Giving debuts to four players in the starting XI – and able to bring on another three summer signings from the bench – Andy Scott saw his new team seal victory just after half-time and then effectively quash any resurgence that Altrincham attempted.

Williams took just ten minutes to notch his first of the season. Kieron Forbes picked up the ball just outside his own penalty area and fed Williams, who retained possession following a ricochet off his marker. Exchanging deft passes with Scott, he broke in behind the Altrincham defence to slot a confident finish beyond the onrushing Coburn.

Scott then attempted a near-post flick, to divert Molesley’s cross into the net, and The Shots were swiftly into their stride. Altrincham came back into the game with Gillespie’s header and Reeves’ snapshot, but Gibbs’ shot, latching onto Williams’ back-heel and parried by Coburn, could have extended the lead.

And it was 2-0 on 35 minutes, as Scott burst down the left flank to the byline and showed admirable awareness to pull the ball back for Jordan Roberts, who arrived late into the box and slotted his shot past the goalkeeper.

Smith, though, still had to produce a fine save to tip Gillespie’s dipping shot over the bar, but The Shots returned after the break with renewed vigour. Lathrope volleyed just over the bar from 20 yards and, following a succession of corners, Molesley’s devilish cross back into the goalmouth evaded everybody until Scott pounced at the far-post.

Clee pulled one back on 59 minutes, hitting a cross-shot in off the far-post when Gillespie sent him racing clear down the left, and when – with his final touch – Gillespie lifted a 22-yard shot inches too high, Altrincham clung to a distant dream of parity.

It was short-lived, as The Shots roused themselves to supress any such thoughts. Coburn parried Scott’s fierce drive and N’Guessan cut inside to shoot over the bar and, into injury time, Fitchett scuffed a shot wide and N’Guessan saw another angled shot parried.

Altrincham rightly took solace from several promising moments, but it was Aldershot Town who quietly served notice of greater intent in 2014-15.