In a match which became the classic game of two halves, AFC Wimbledon ran out far more comfortable winners than they would have expected at half-time. 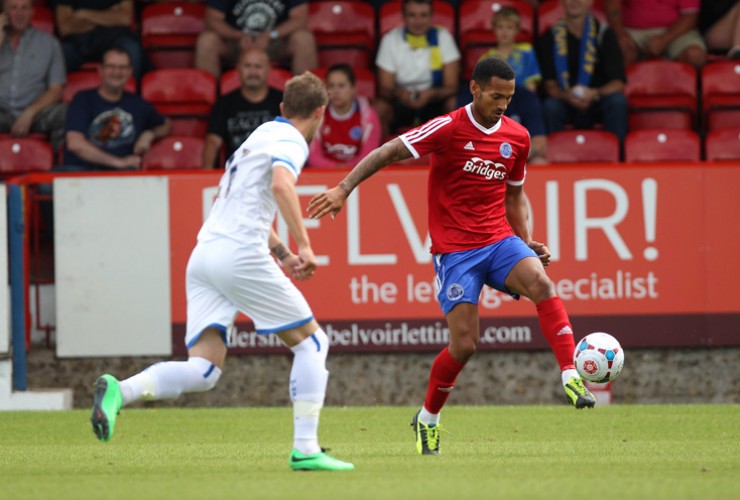 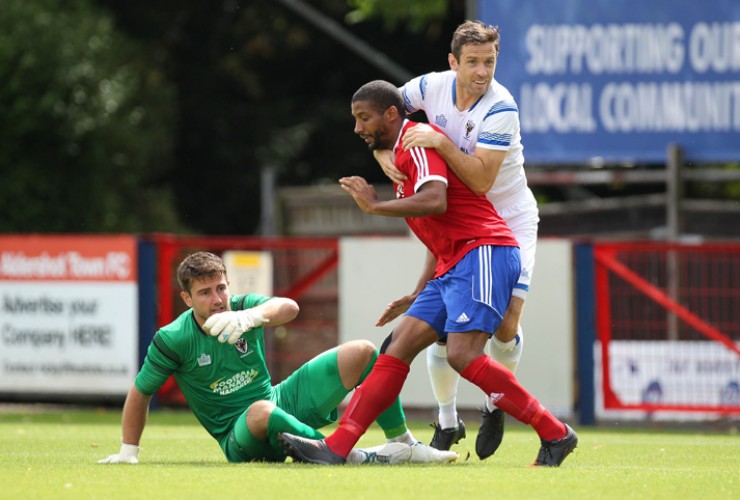 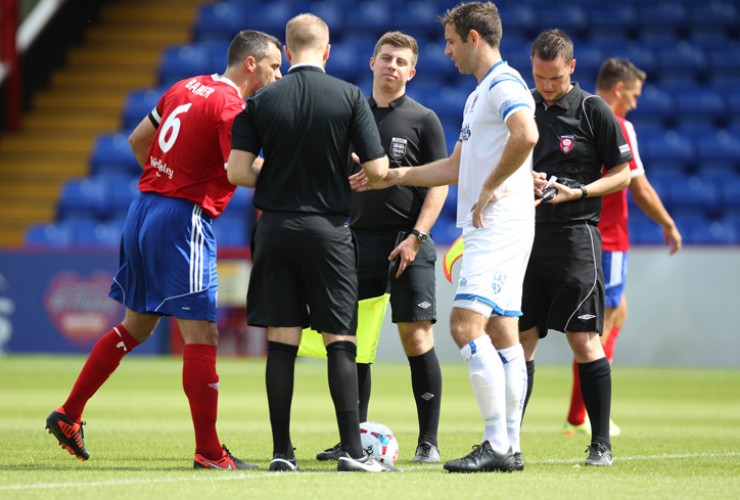 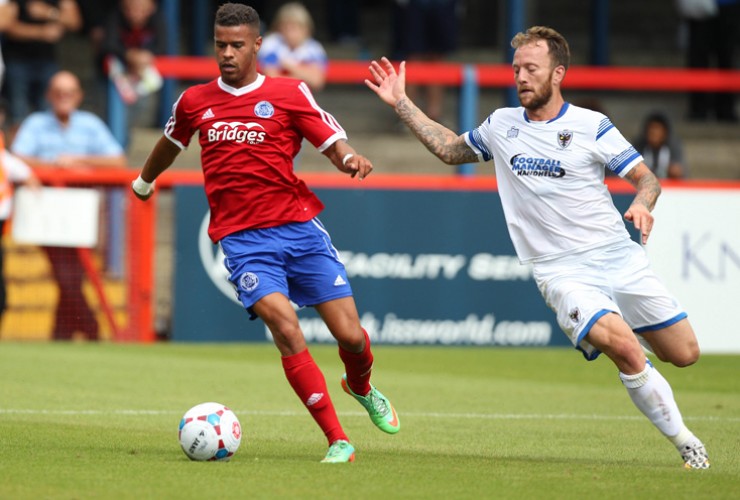 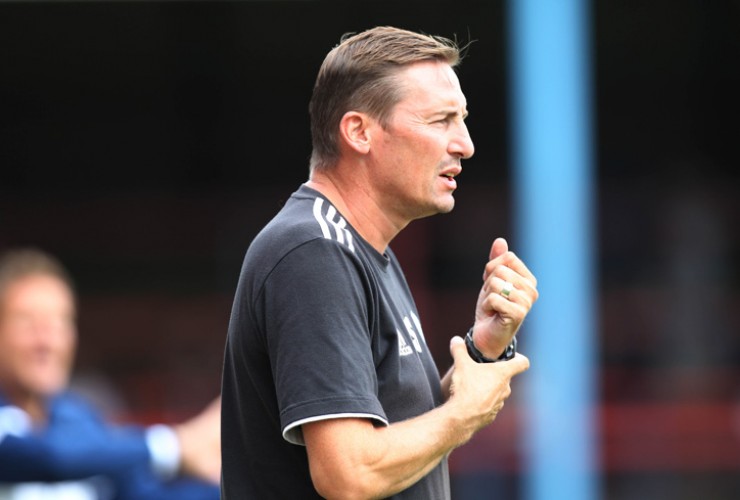 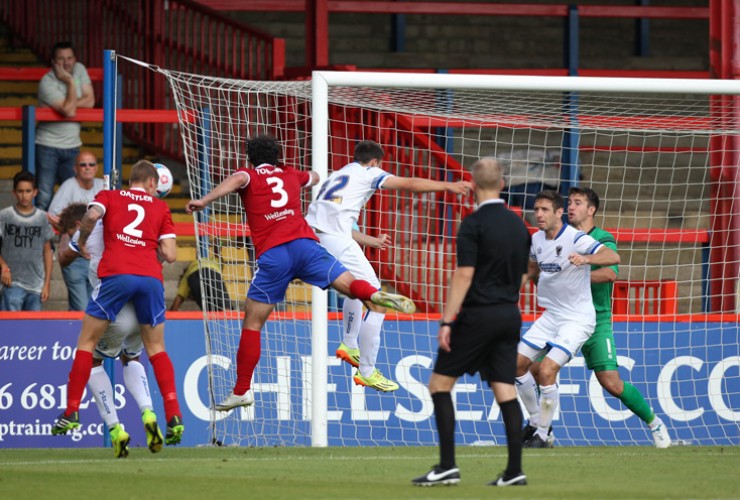 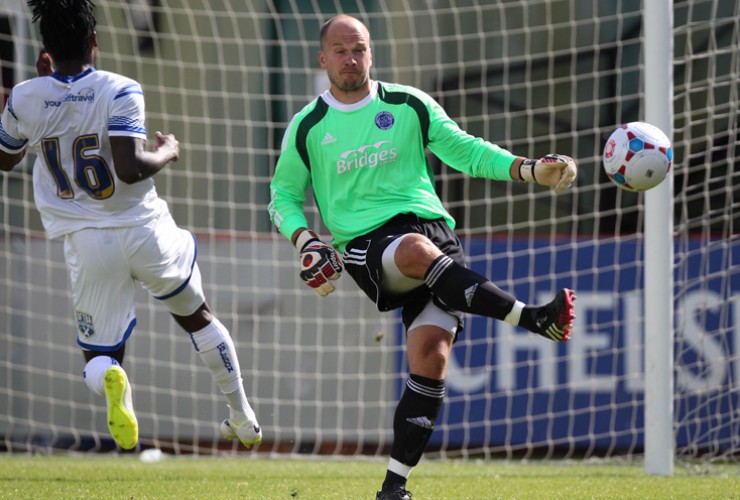 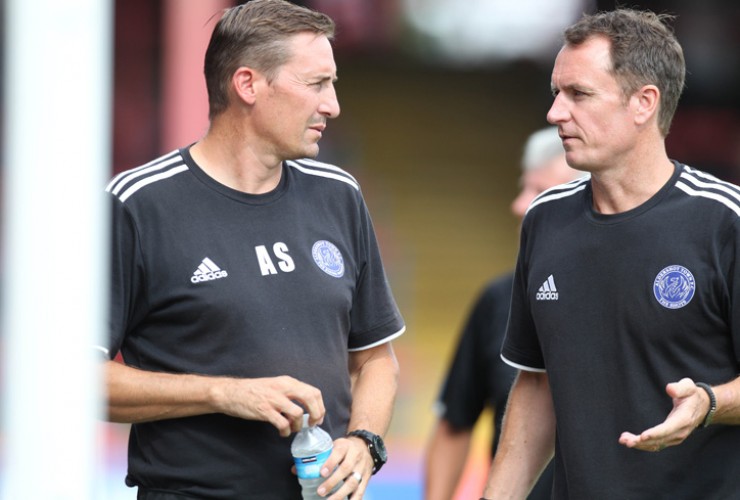 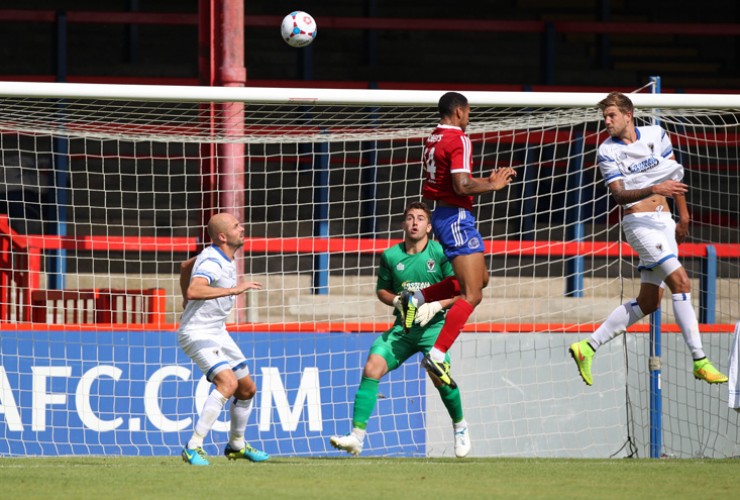 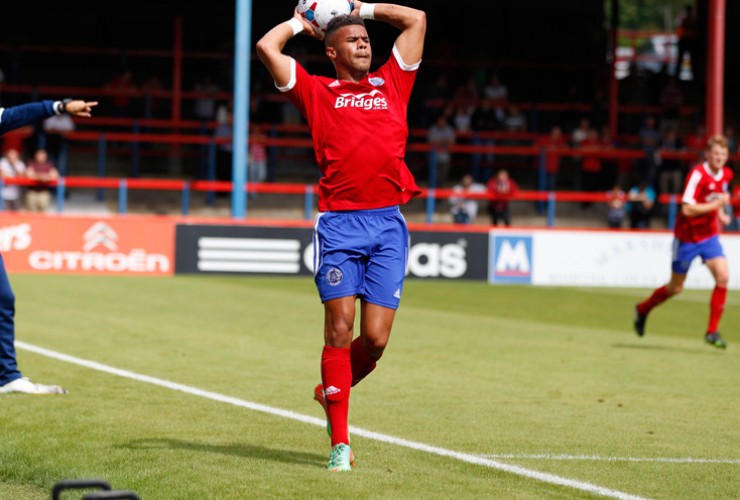 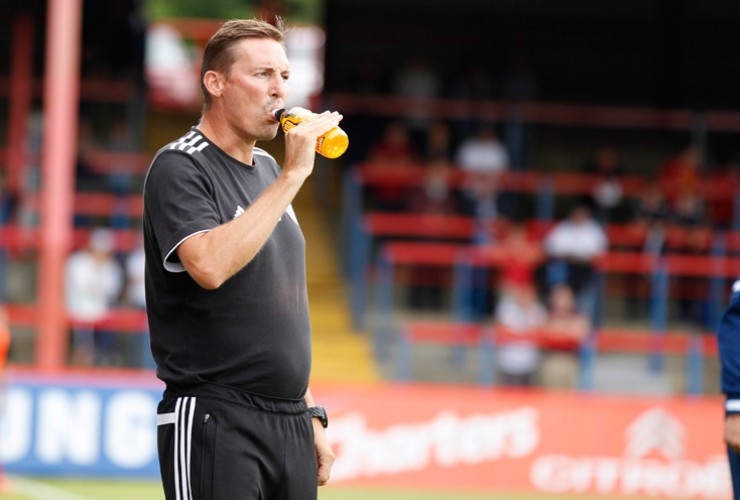 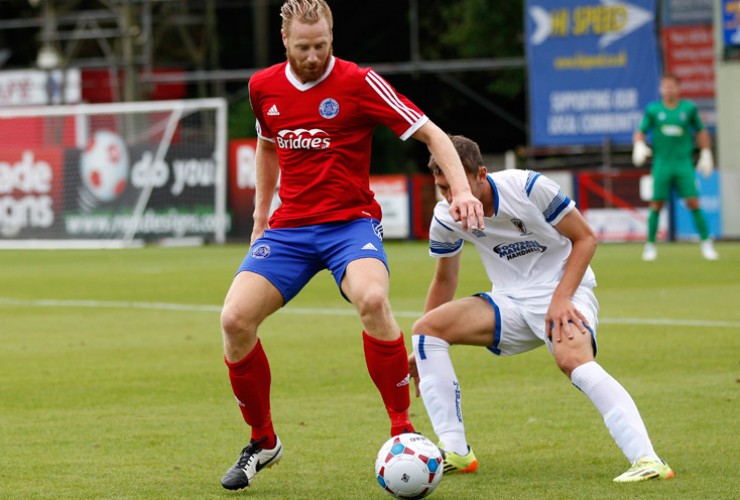 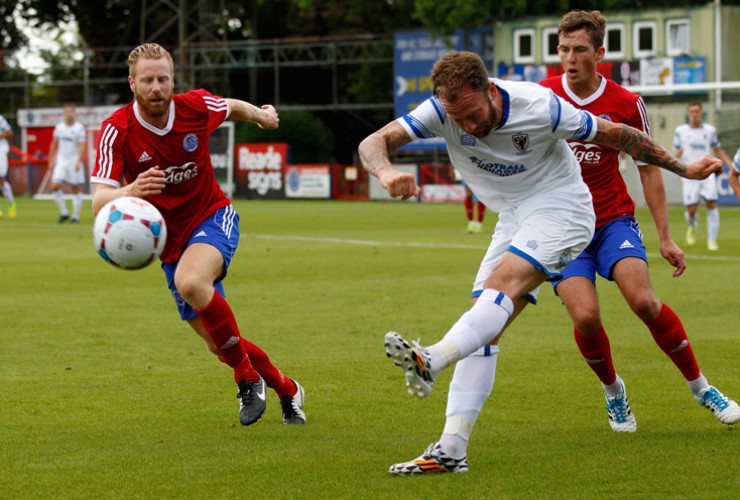 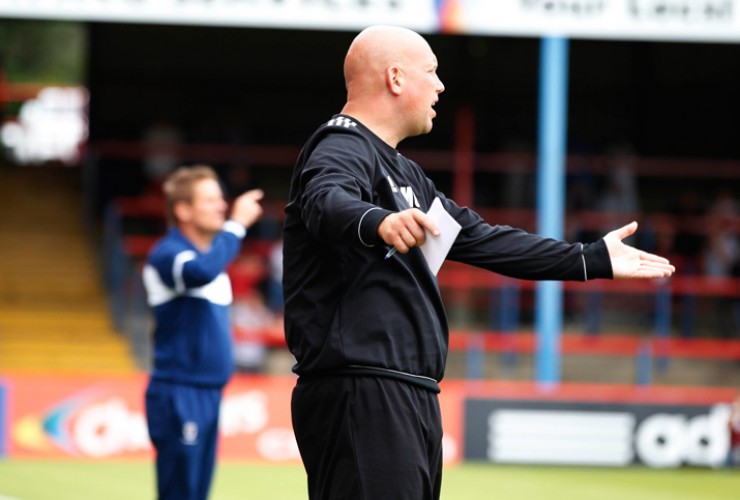 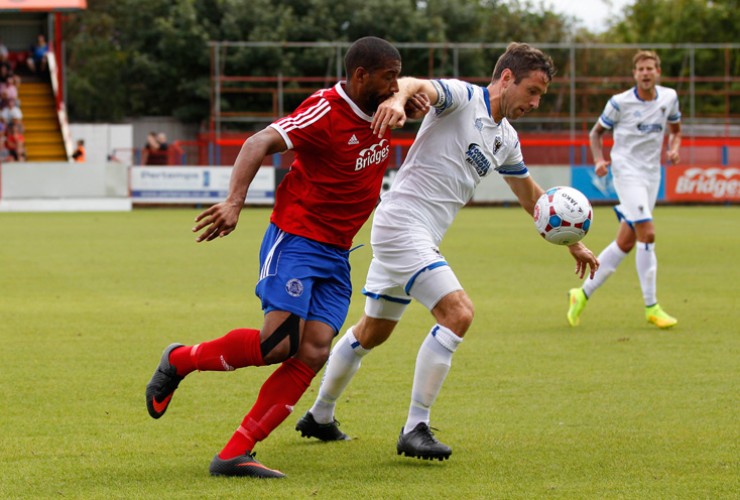 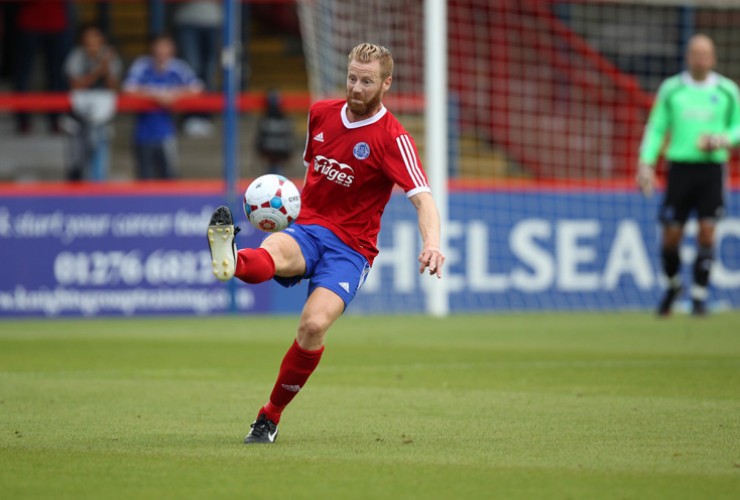 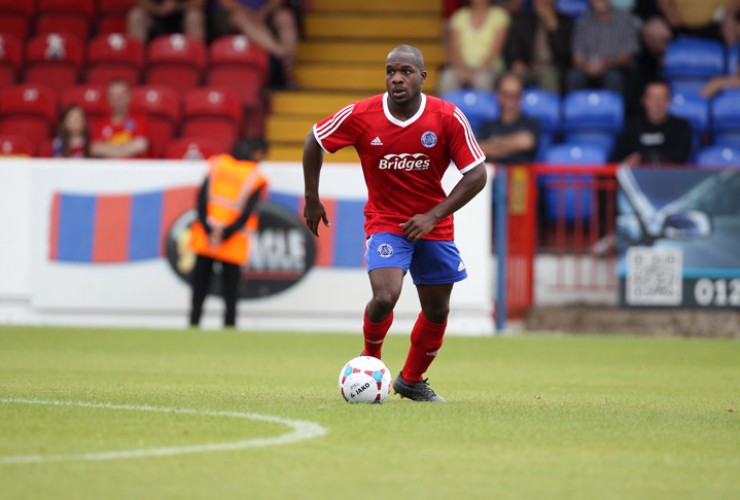 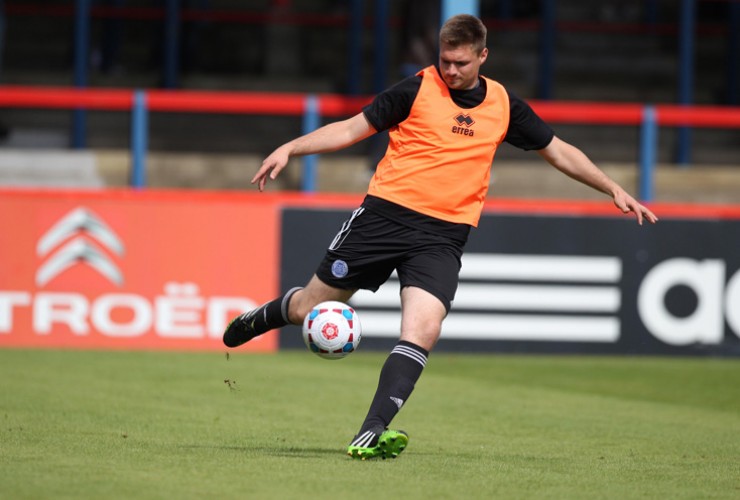 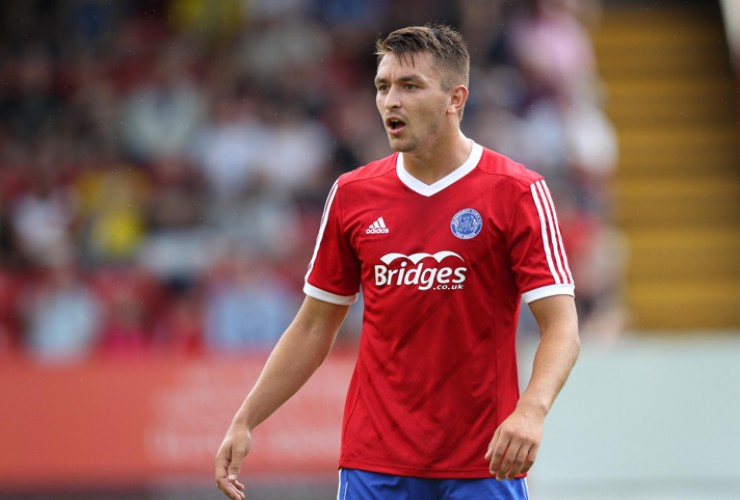 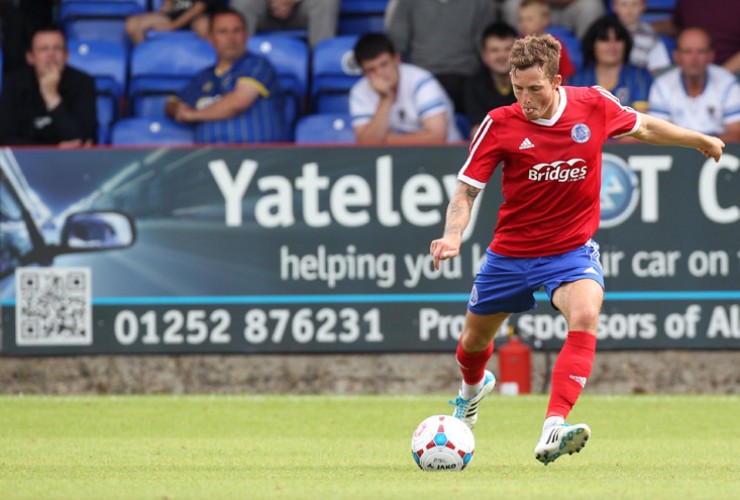 The first-half had ended goalless but with The Shots enjoying a degree of ascendancy for long periods. Confident and progressive in possession, the hosts began by far the better side. Lathrope swung a 20-yard drive over the bar on seven minutes, before his corner created half a chance for Jordan Roberts to head wide. Soon, Forbes hit another swerving volley which flew over the crossbar and, when Molesley’s snapshot was charged down, Williams saw his second attempt at a shot deflected wide.

Molesley cut in from the right to see his angled drive blocked at the expense of a corner, but soon AFC Wimbledon roused themselves back into the game. Akinfenwa guided three headers wide of goal, and Rigg seemed to have got the better of Gibbs, only for the right-back to rescue a superb last-ditch tackle as he was about to shoot.

Tonkin then recovered well to block Sainte Luce’s shot and the half ended with Akinfenwa holding off Oastler’s challenge but failing to muster a shot which tested Phil Smith. Just 45 seconds after the re-start, however, the Dons were ahead, as Gibbs was perhaps harshly penalised for a foul on the touchline.

Rigg swung in the free-kick and Harry Pell, making a run across the face of goal, got the faintest of touches as the ball bounced in at the far-post.

Molesley tried to deceive Worner with a quick free-kick, and Moore’s first-time shot fizzed over the bar, but on 67 minutes it was 2-0. Sainte Luce intercepted Roberts’ pass out of defence and burst through to finish coolly beyond Smith.

Worner was again alert, to claim Forbes’s measured, curling shot yet any hopes of a comeback were crushed on 75 minutes. Tonkin fouled the tricky Sainte Luce on the edge of the box and, with Akinfenwa a large and troublesome brick in the Shots’ wall, Rigg was able to arrow the ball into the far corner.

Despite the ultimately comprehensive defeat, Andy Scott still found plenty to be positive about against a side tipped to push for promotion from League Two this season.