Following Friday’s 0-0 draw away at high flyers Forest Green Rovers manager Barry Smith named an unchanged starting XI, the only change saw Dan Walker return to the bench. Braintree Town only made one change from the side who beat Bromley previously with Jack Powell replacing Chez Isaac. Prior to the game a minutes silence was observed in superb fashion from everybody inside the EBB Stadium in memory of those who recently lost their lives in the Brussels tragedy. 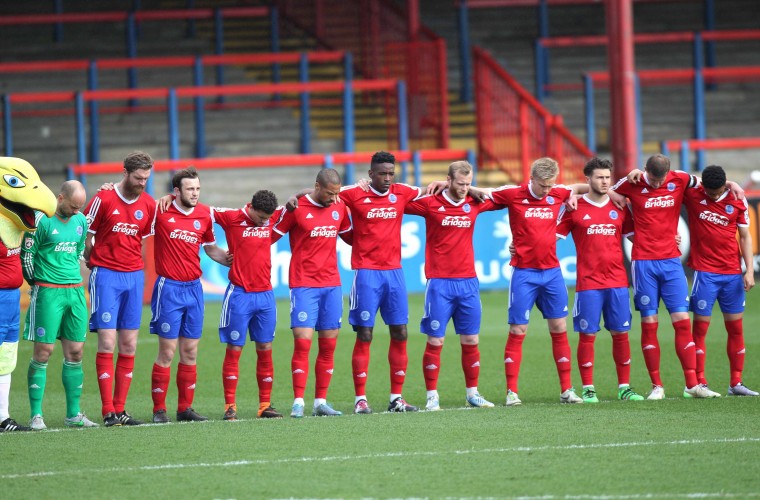 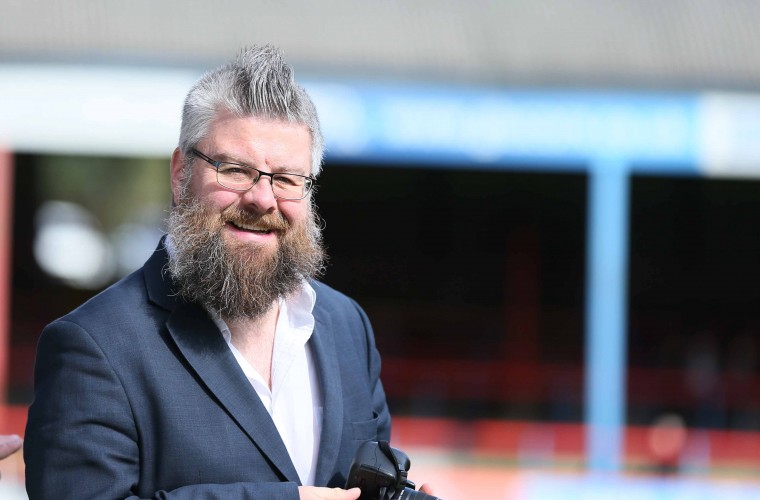 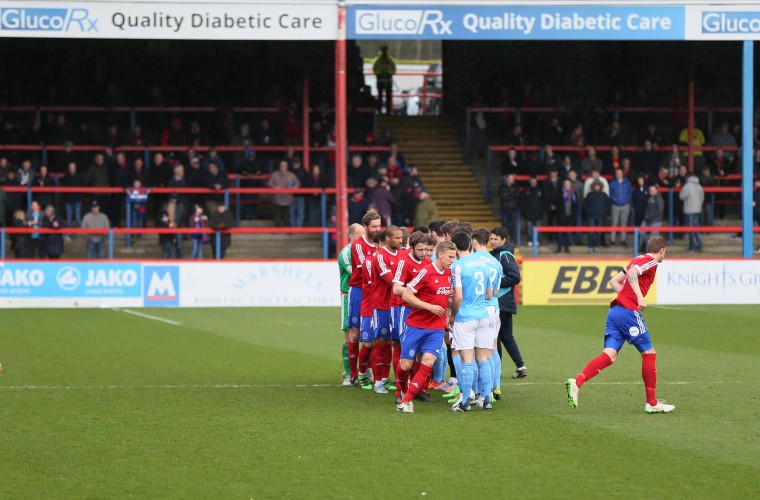 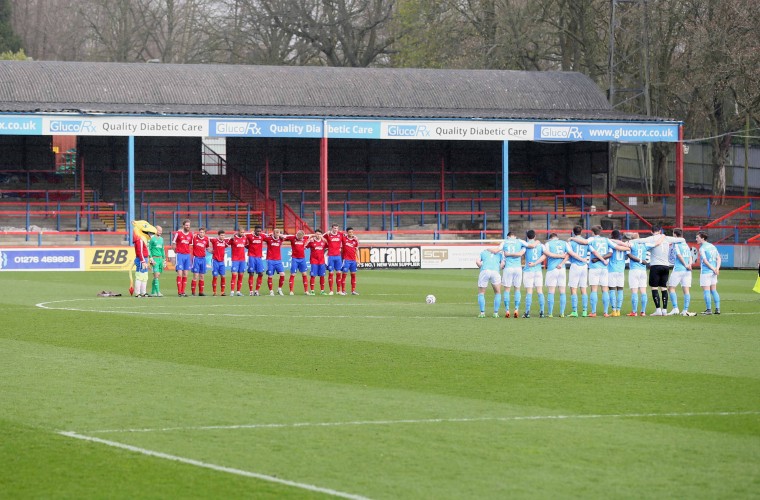 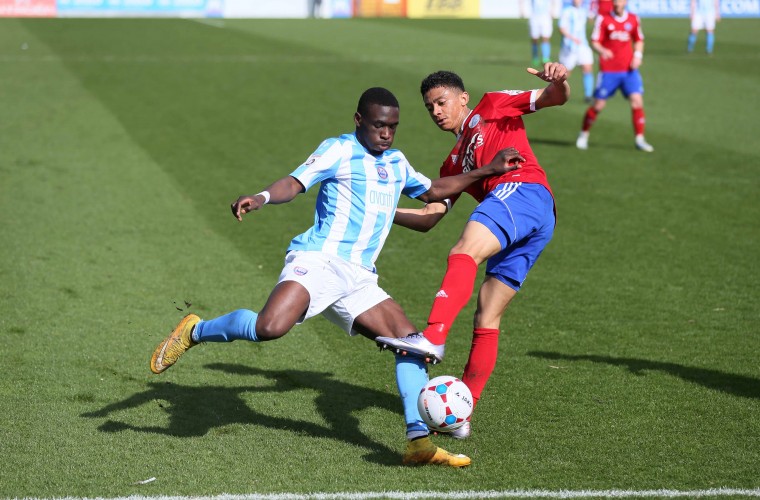 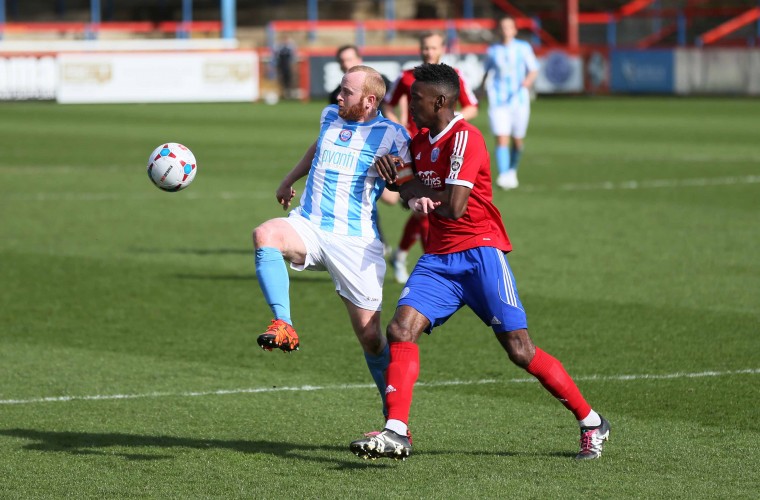 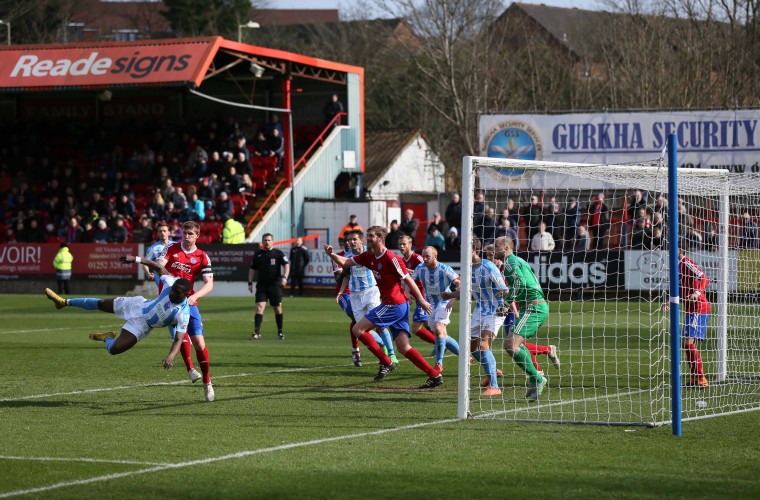 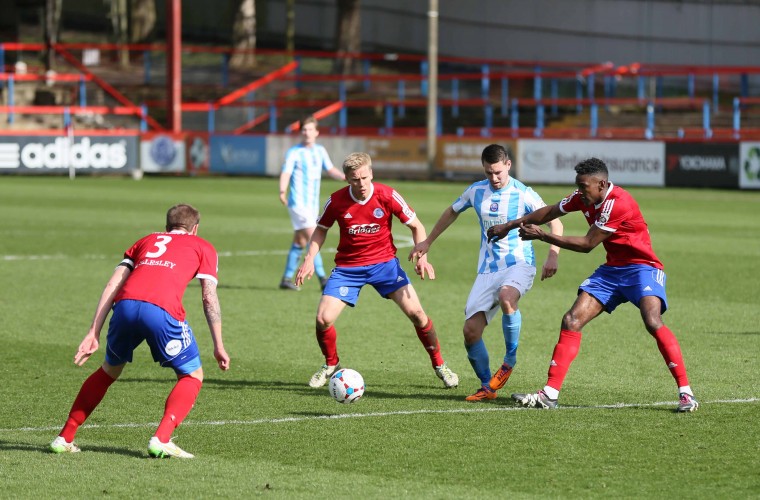 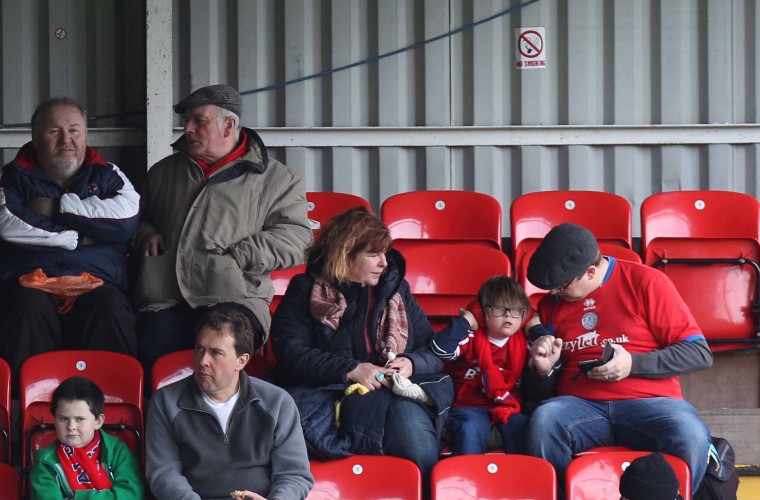 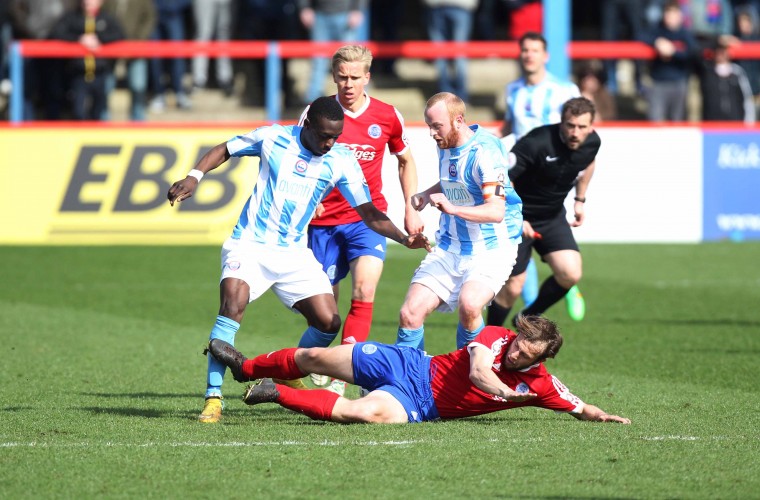 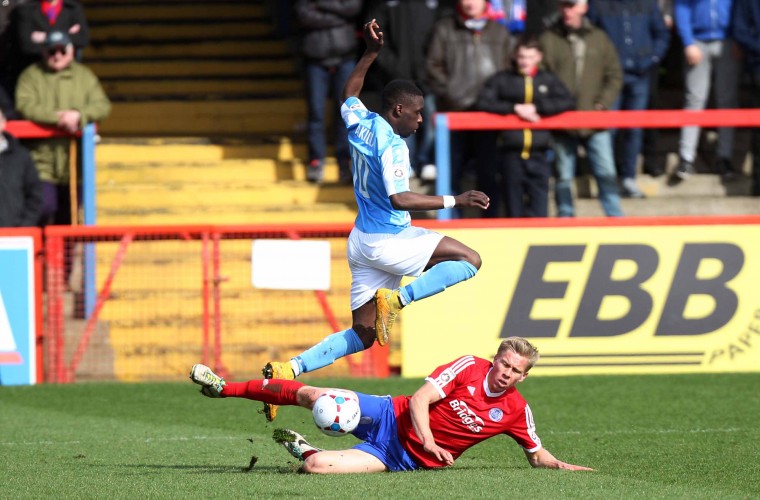 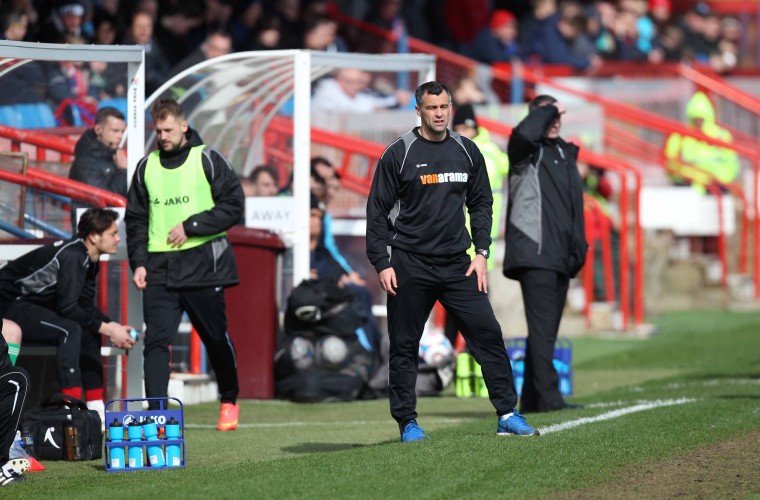 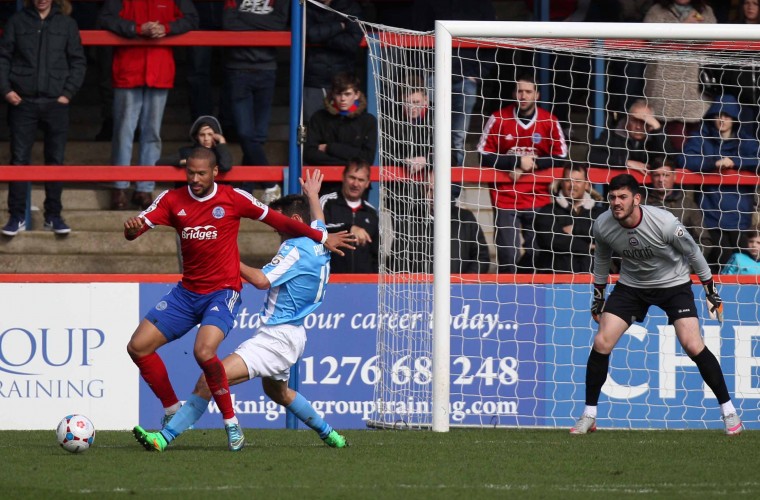 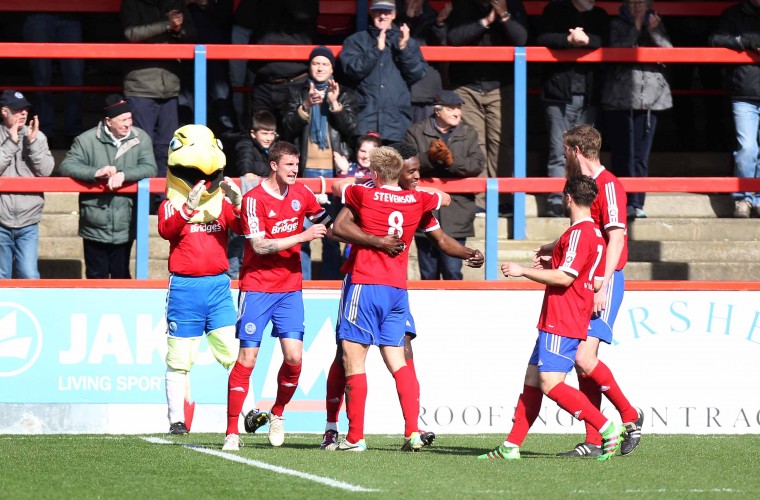 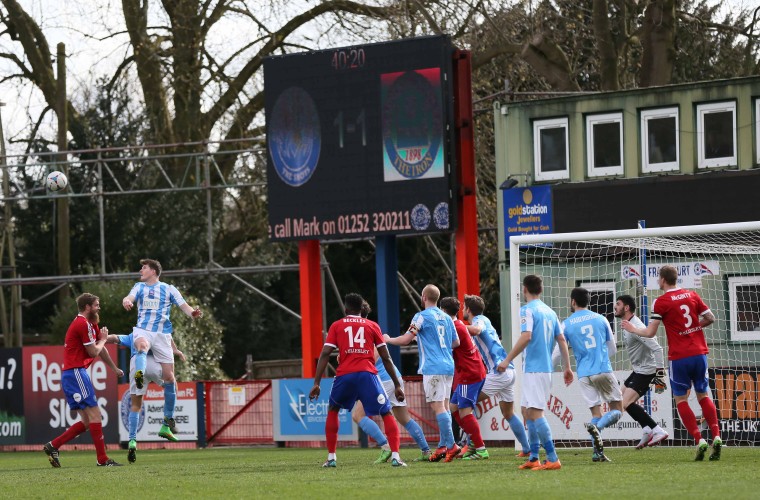 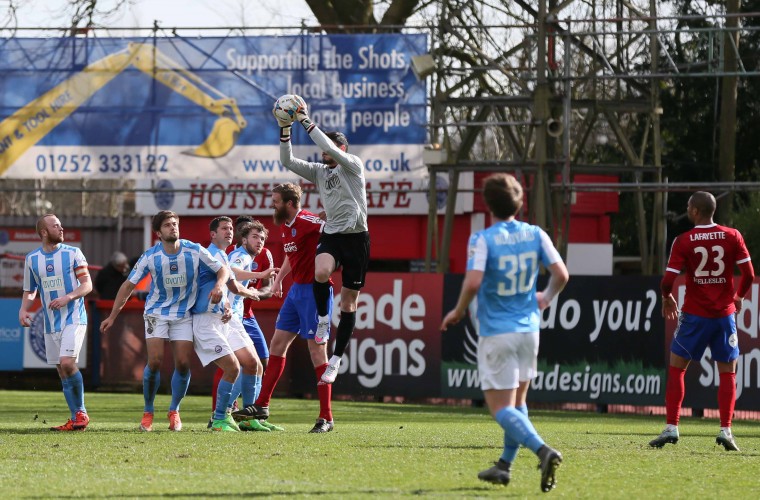 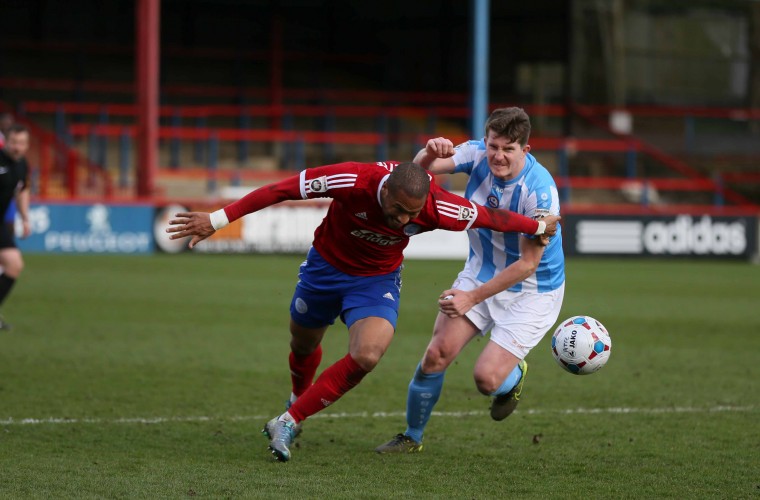 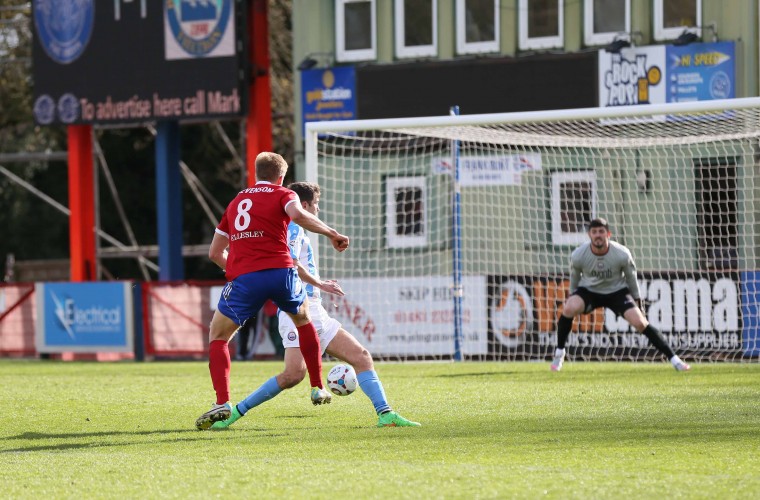 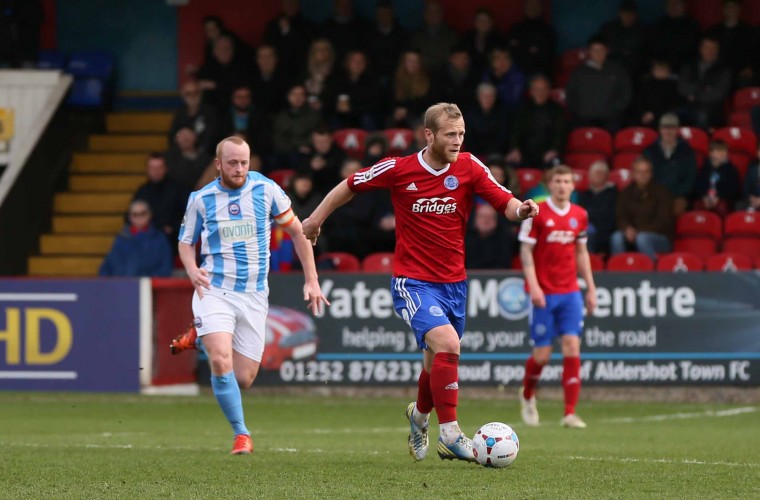 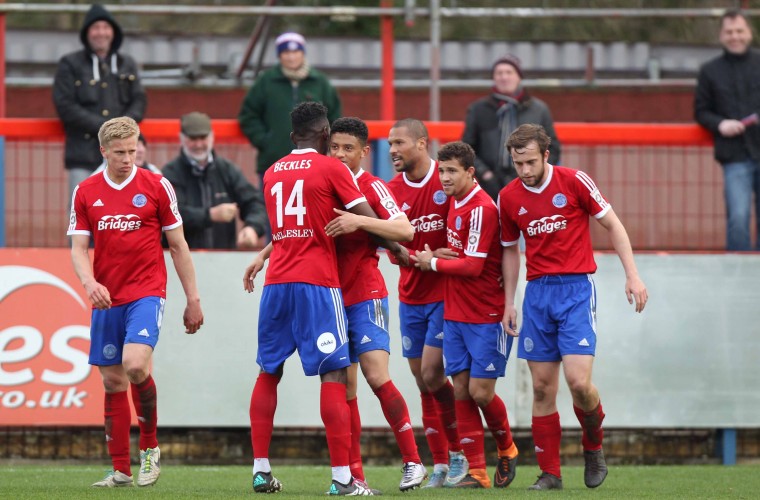 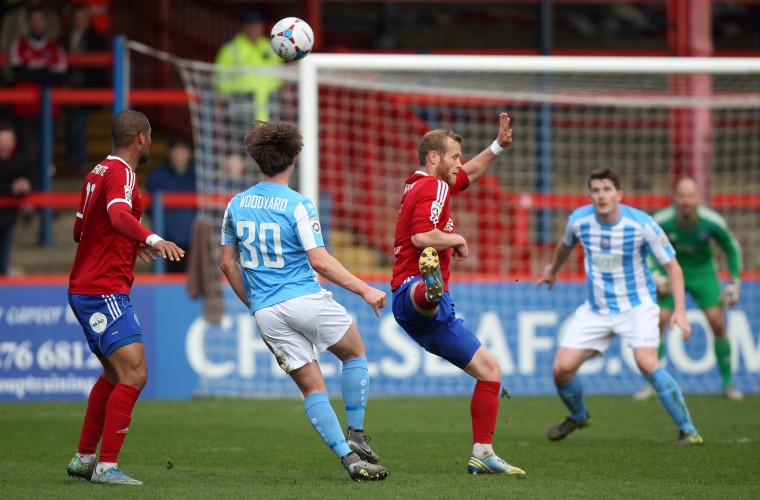 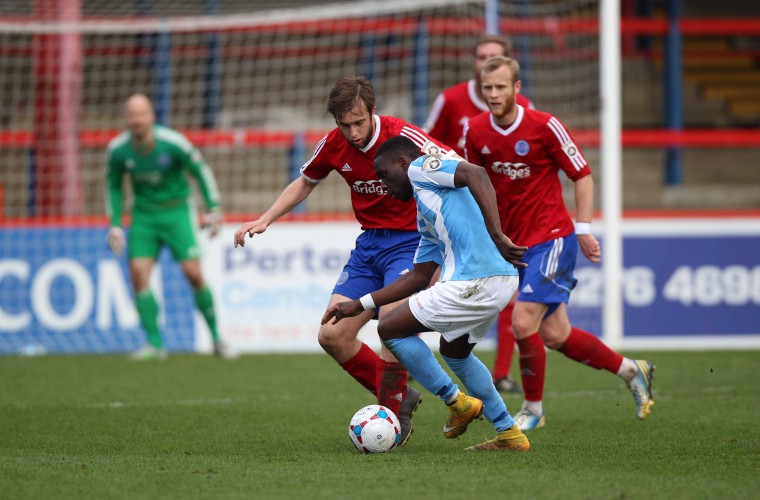 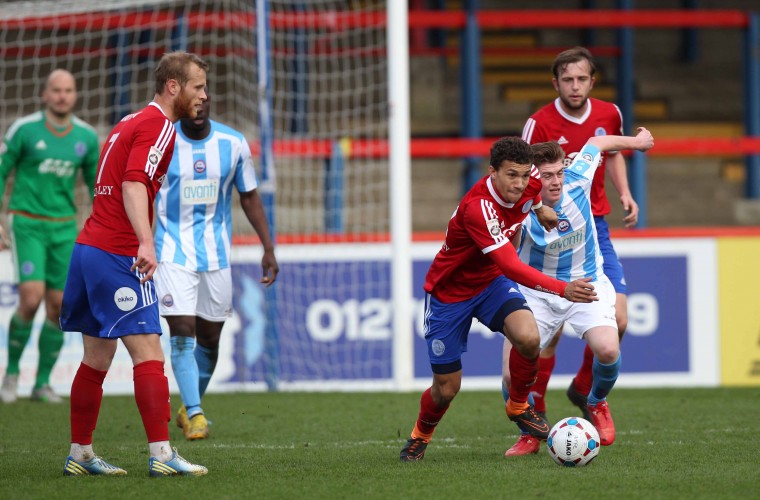 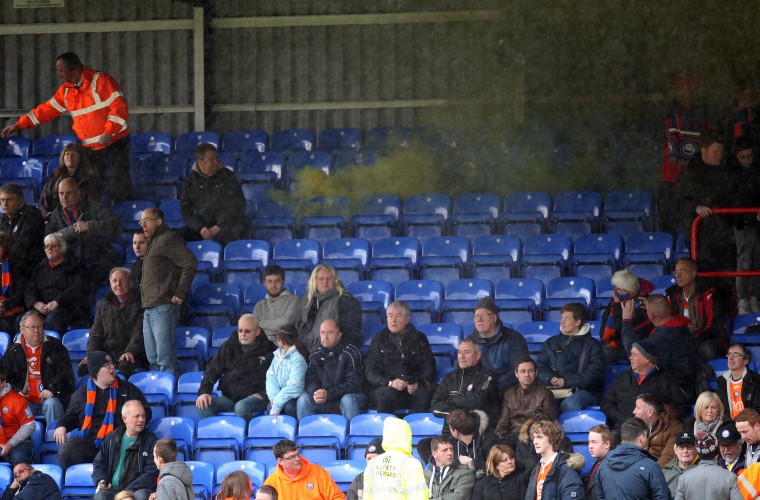 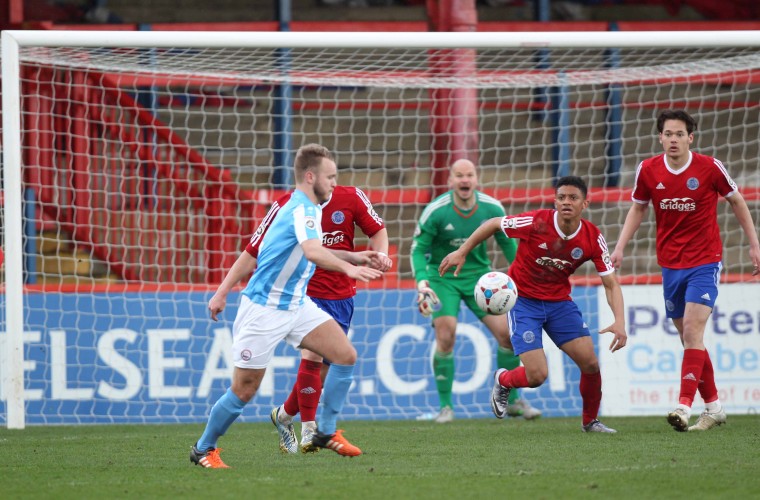 It was Braintree Town who started the game in a better fashion as they put the Shots defence under pressure in the early stages with Mitch Brundle out-pacing Sean McGinty only to see his cross drift behind.

Ross Lafayette who caused Braintree’s defence problems all game was at the heart of numerous Shots attacks early on as he picked up the loose ball after some neat work from Jim Stevenson, spread the ball nicely to Giorgio Rasulo down the right hand side, however he could only fire his effort into the goalkeepers arms.

Aldershot Town once again found joy down the right hand side and won a corner 22 minutes in which was only half cleared to Jake Gallagher who played in Nathan Ralph who couldn’t quite connect his effort with enough power. Despite both sides starting the game in a neat and purposeful manner it was still 0-0 as the clock ticked to 30 minutes of play.

On 34 minutes the home side were denied a penalty when Ross Lafayette’s cute touch and spin inside the area saw Mark Phillips produce a rash challenge which saw the home supporters cry for a penalty, however referee Adam Bromley waved away the pleas and play continued. Within 60 seconds of the penalty incident, it was the visitors who took the lead via Simeon Akinola who raced through behind the defence to lob a deft shot over Phil Smith. 0-1 Braintree.

However Aldershot responded quickly and found themselves level on 40 minutes as Nathan Ralph’s floated free-kick picked out a rising Omar Beckles whose pinpointed header flew into the back of the net, drawing the home side level. Shots 1-1 Braintree.

The second half started very much like the first half ended with Aldershot now starting to take control and dictate the majority of play, creating numerous chances through Jim Stevenson and Giorgio Rasulo. Stevenson’s shot was blocked and Rasulo’s angled drive was well saved by Tom King in the Braintree goal.

With 68 minutes played, the Shots finally took the lead through Nathan Ralph who through some excellent strength, enterprise and power managed to slot in the rebound after Ross Lafayette’s powerful effort was parried. Shots 2-1 Braintree.

Braintree huffed and puffed in the final 10 minutes but couldn’t do enough to break down a determined and dogged Aldershot Town defence who dealt with everything thrown at them all and looked determined to hold onto to this much needed home win.

The final whilstle blew much to the delight of the supporters who leave the EBB Stadium as 2-1 winners over Braintree Town. The Shots will now turn their attentions to next Saturday’s home visit of Barrow who will arrive at the EBB Stadium with plenty of confidence after their excellent win at home to Halifax AFC this afternoon.