Aldershot Town have signed striker Nicke Kabamba on loan from Portsmouth until the end of the season.

The 24 year-old has recently returned from a one-month loan with League Two side Colchester United, having joined Pompey in January 2017 from Hampton and Richmond Borough. He scored 40 goals in 80 games for The Beavers, as they won promotion to National League South, and previously also played for Hayes and Yeading United, Uxbridge, Hayes, Burnham and Hemel Hempstead Town.

“I’ve monitored Nicke for quick some time and I’m extremely pleased that we’ve been able to get him on board,” admitted Gary Waddock. “When we played against Hampton in a pre-season friendly he was an absolute handful. He got himself a good move to Portsmouth, and has played in the Football League – he’s a very good player and gives us competition up front.

“He’s quick, strong, powerful and good in the air, and he gives us a different option to the strikers that we currently have at the Club. We wanted to bring another centre-forward in, and goals win games.”

This deal is the second to be funded by the new 500 Club initiative, which invites supporters to contribute to Gary Waddock’s playing budget with a ‘money-back-and-more’ guarantee if Aldershot Town win promotion to the Football League this season – click here for further information.

Nicke will wear squad number 12 and is available as The Shots face Dover Athletic on Saturday. 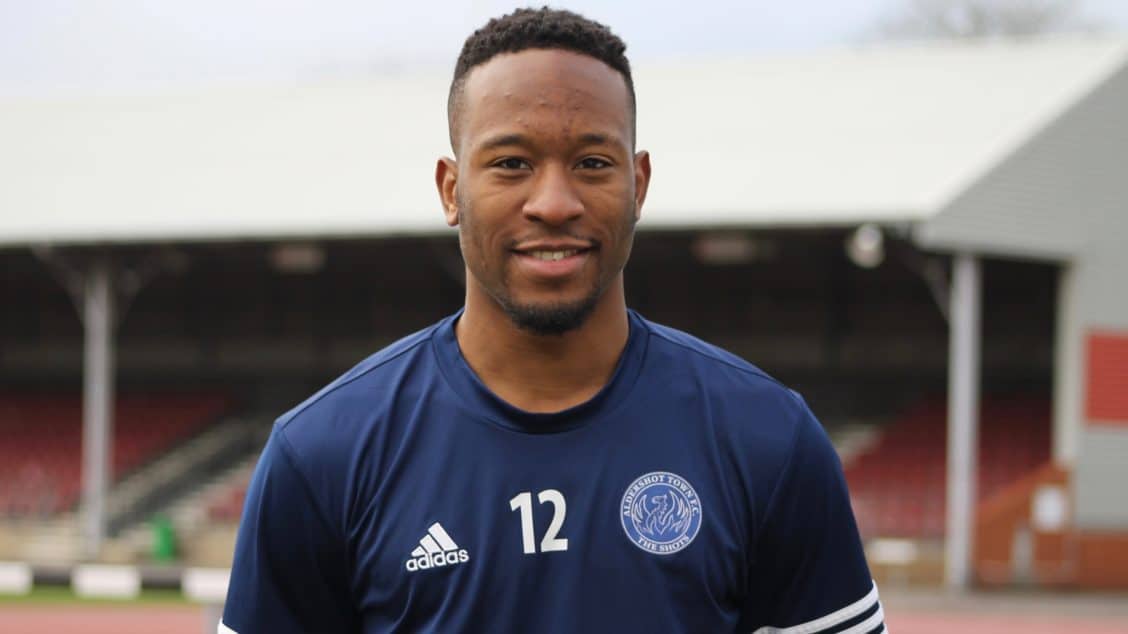