Damon Lathrope’s 35-yard free-kick, which flew over Ritchie Branagan into the top corner of the net, sealed a deserved and ultimately comfortable win. Debate raged over whether Lathrope’s shot was intentional – or merely a cross which caught the breeze – but it mattered not. 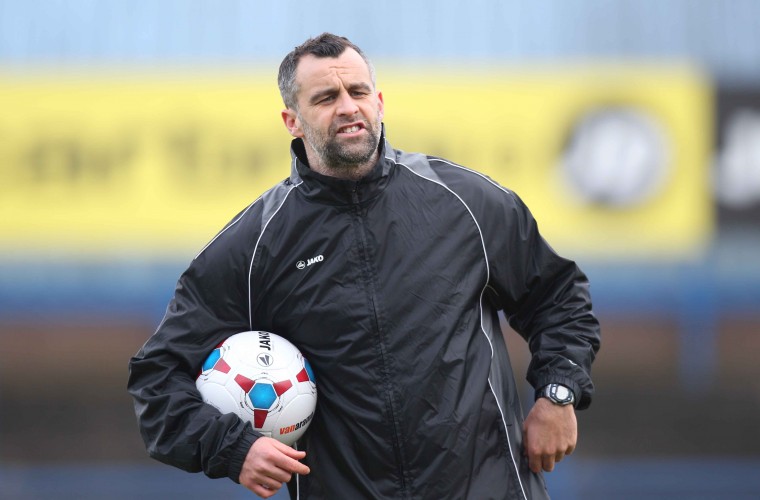 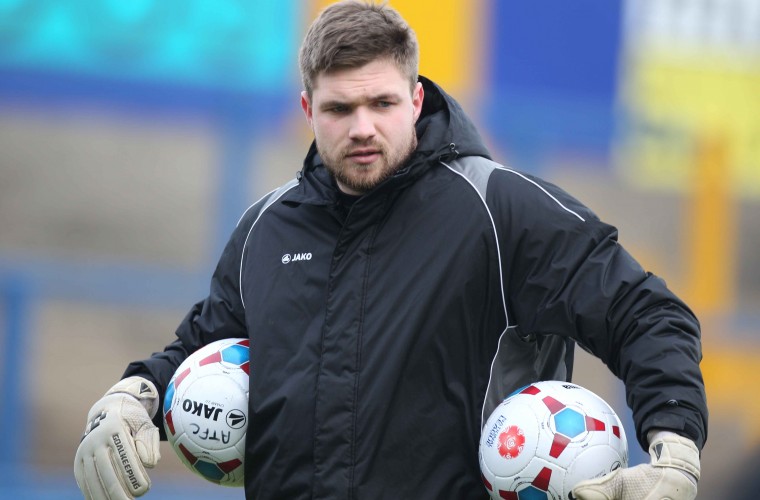 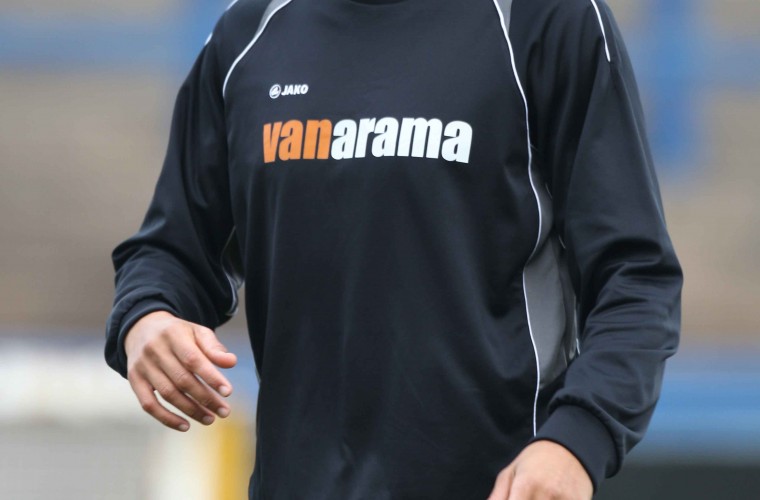 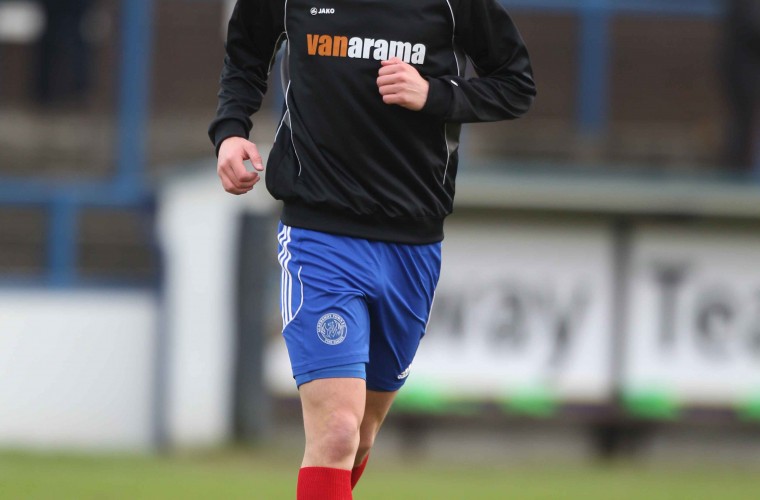 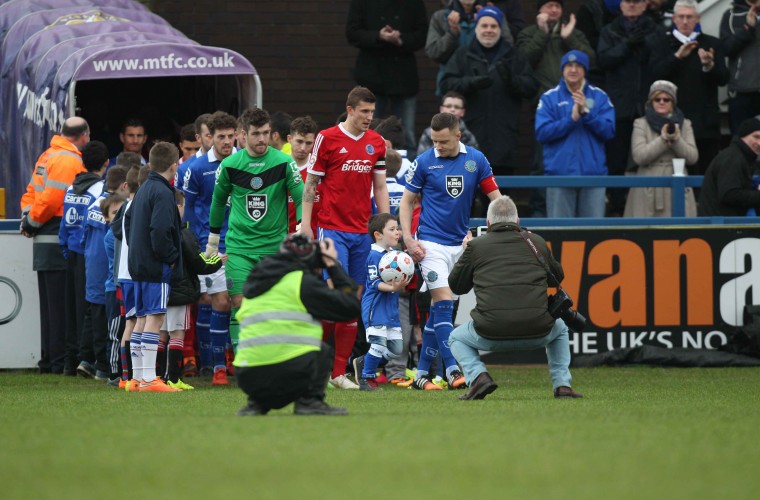 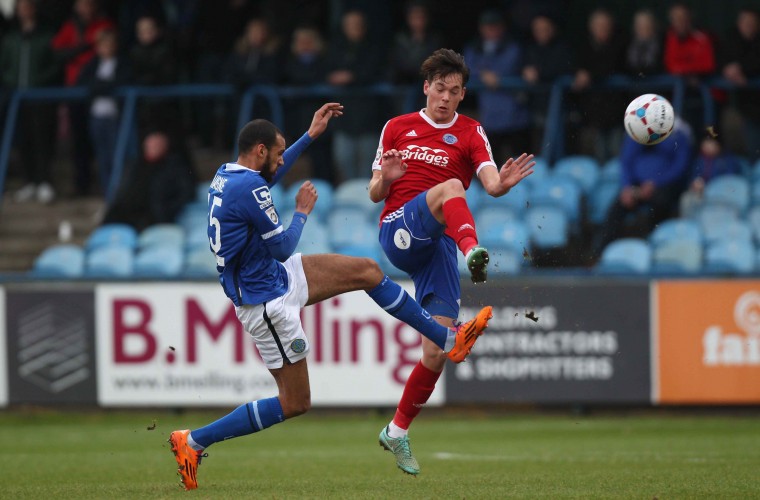 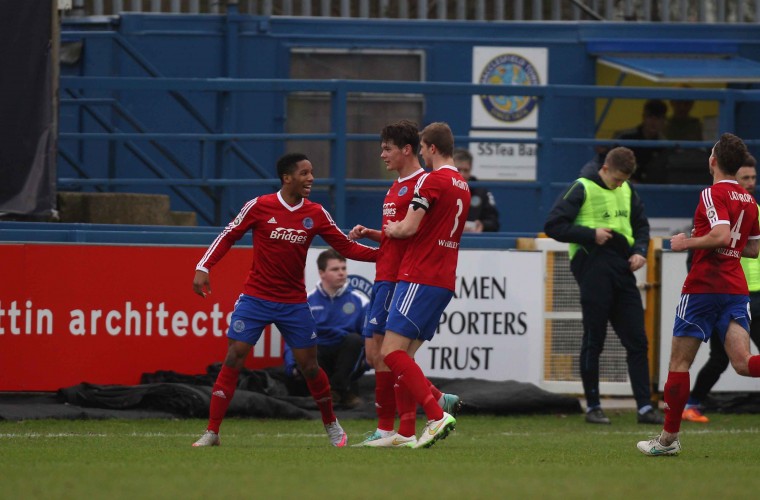 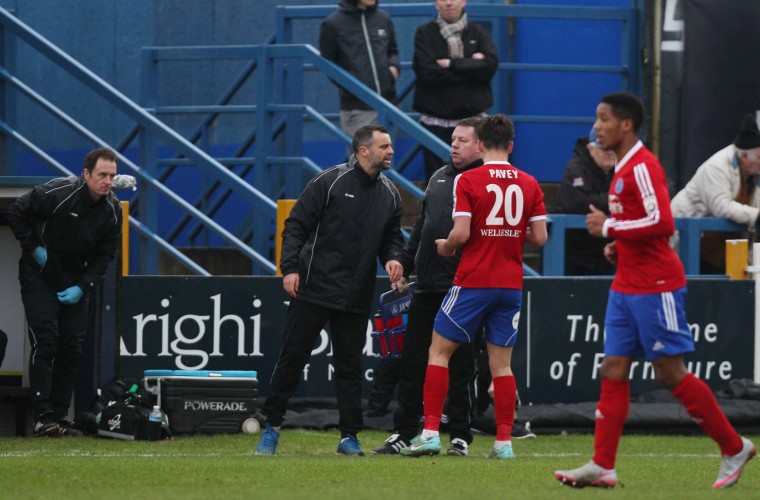 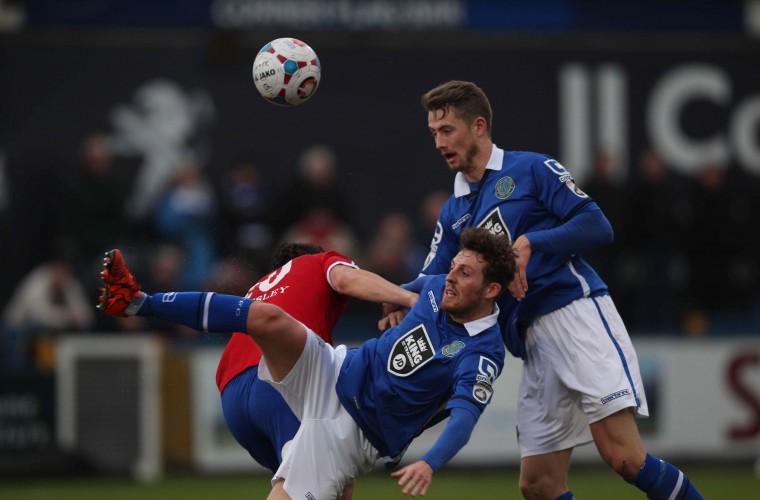 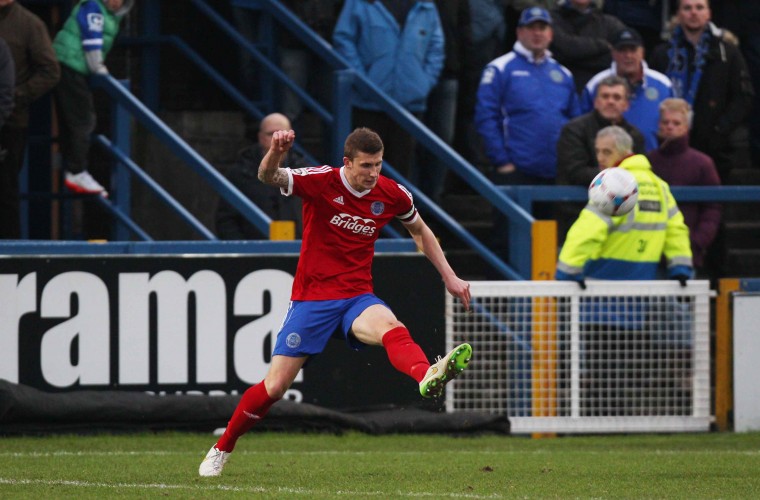 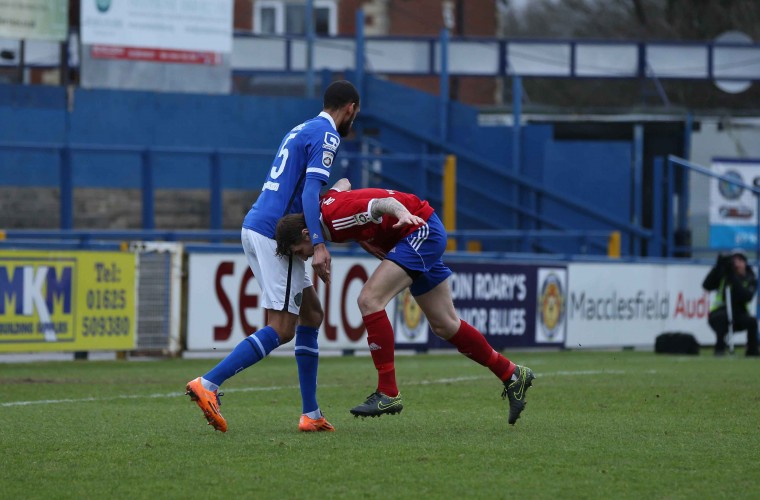 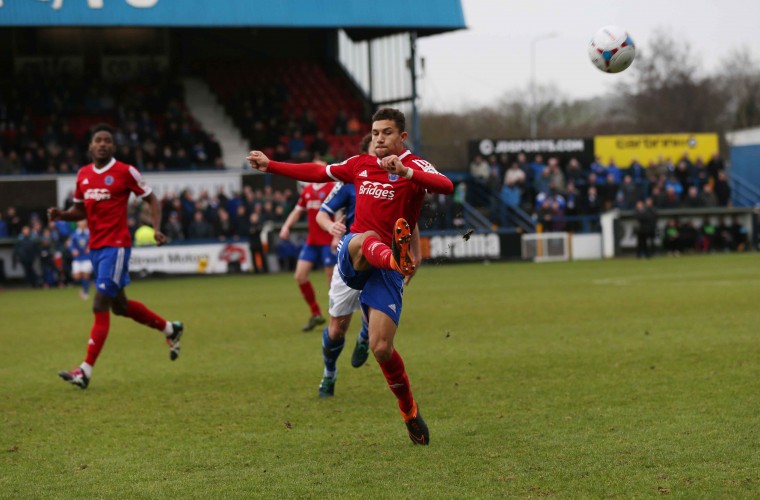 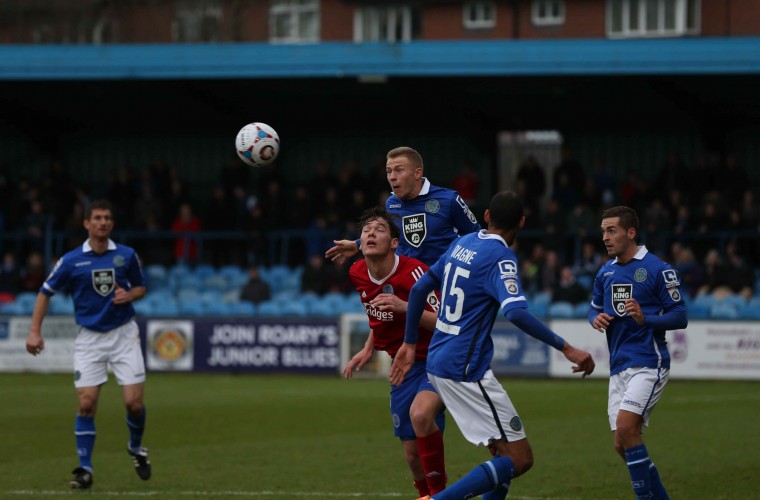 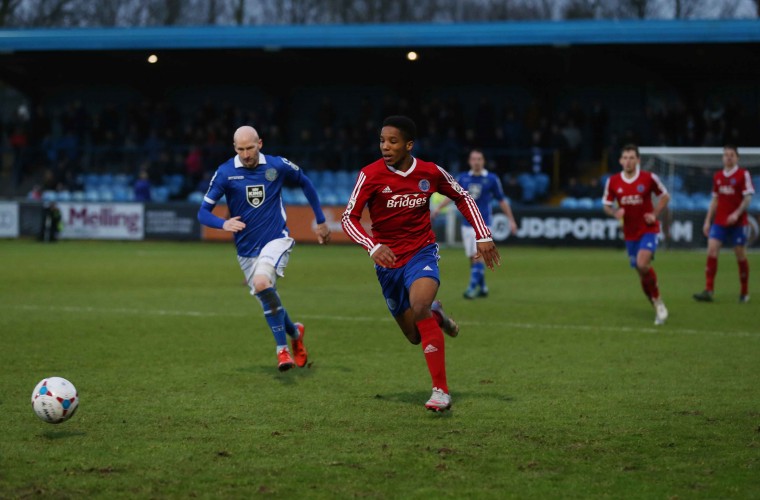 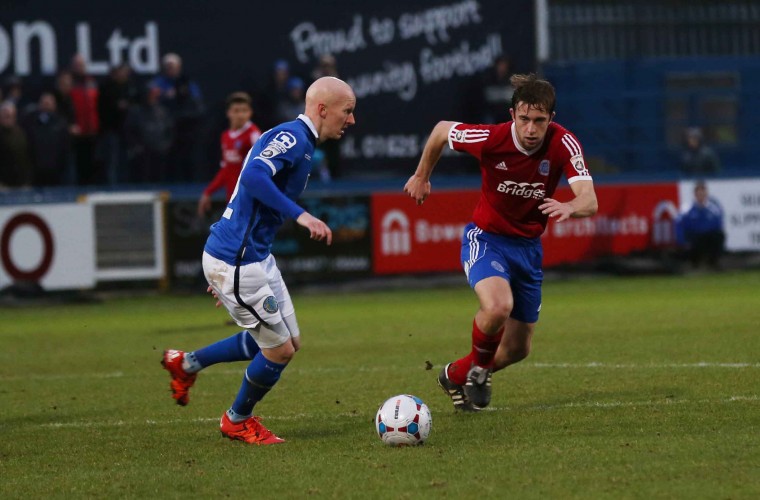 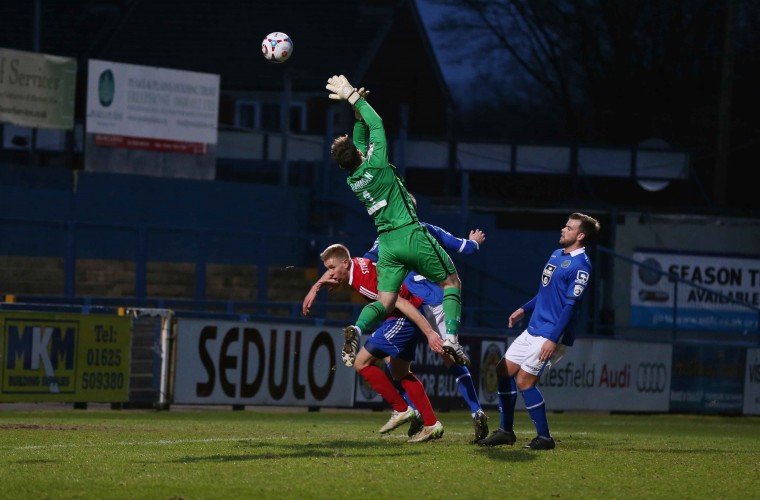 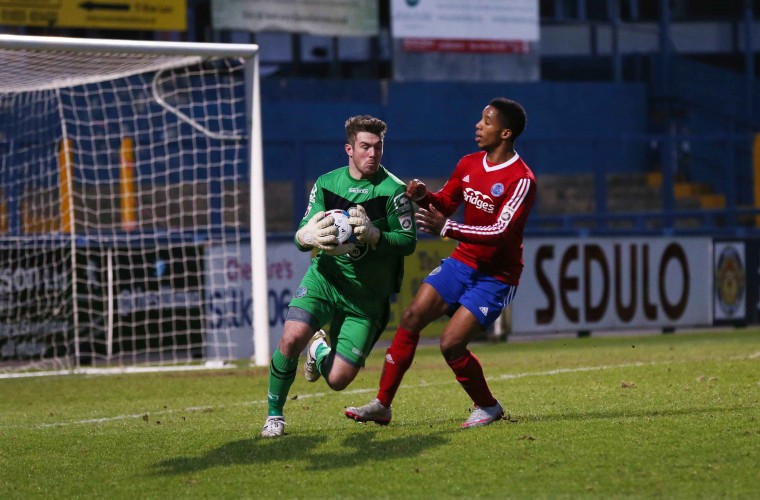 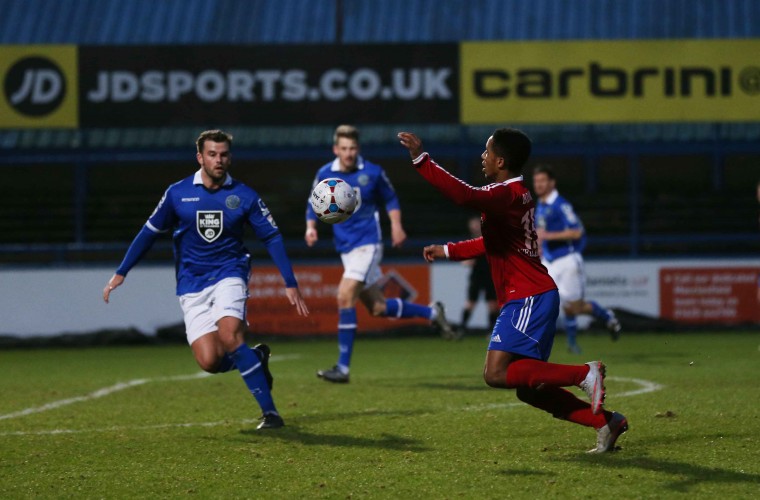 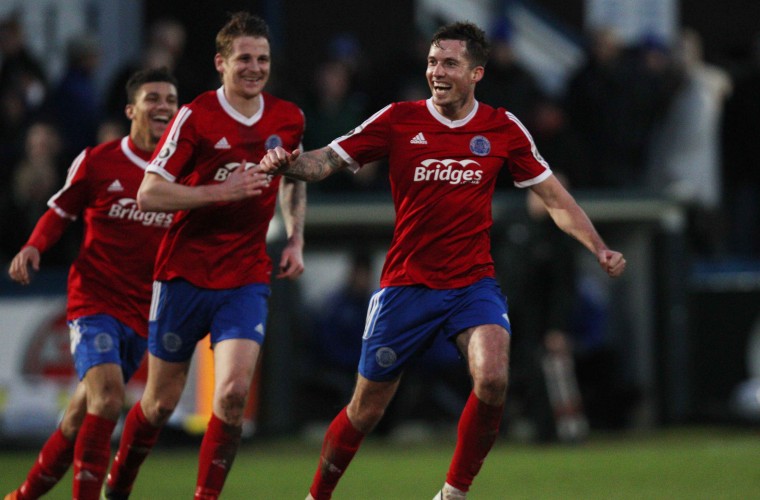 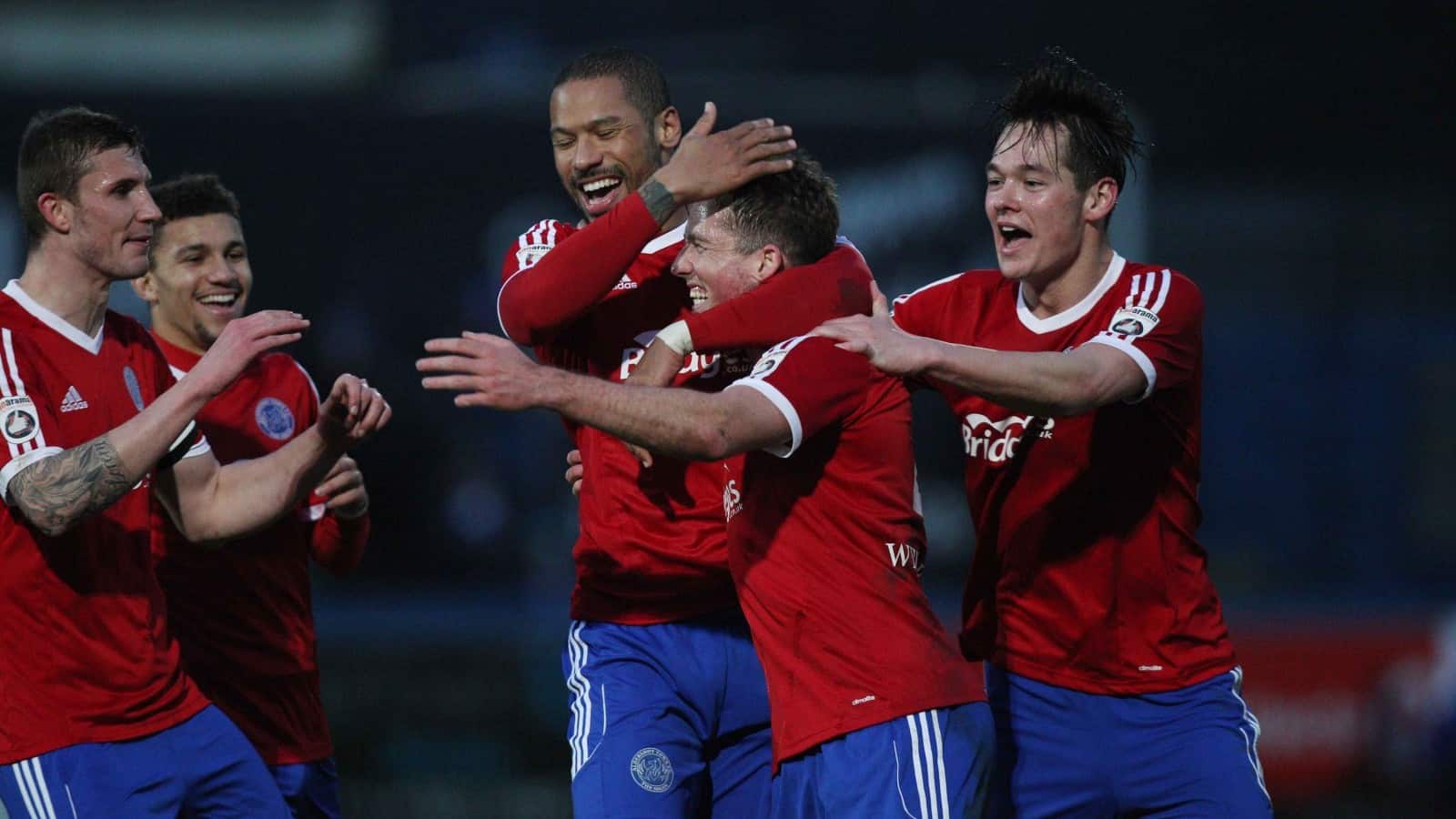 Macclesfield had started in the ascendancy, with an early chance which Danny Whitehead fired wide, but Rhys Browne then hit a swerving 10th minute shot which Branagan palmed away.

Rowe’s stooping header was saved by Smith, and Lathrope dived to block Turnbull’s drive, yet The Shots contributed fully to the lively opening. Browne again brought a save from Branagan, and on 19 minutes they were ahead. Alexander burst forward and, when the ball broke to Dan Walker, his deep cross was nodded in at the far-post by Alfie Pavey.

Macclesfield sporadically threatened but lacked the cutting edge of truly trouble Smith. Turnbull twice shot wide, Byrne stabbed the ball over from eight yards and Whitehead curled a 20-yard shot inches wide, yet the visitors – with Lathrope and Gallagher dominating midfield and Browne a constant menace on the flank – were easily the match of their play-off chasing opponents.

Just after the break, Gallagher rampaged into the box and chipped a shot over the bar and, on 57 minutes, Dan Walker cut inside from the right and saw Branagan save his drive towards the near-post. The Shots stood strong in defence to limit the Silkmen’s opportunities, and Smith saved Whitehead’s 22-yard shot on 64 minutes, and within seconds it was 2-0.

Standing in the right-hand channel, Lathrope shaped as if to whip his free-kick into the box but instead it curled over Branagan, who was left looking as bemused as Lathrope was delighted. The game was won, as Macclesfield failed to rouse themselves towards a chance which would drag them back into the match.

Ross Lafayette made a strong debut from the bench, as he nearly added a third with a deflection off Dan Walker’s shot, and Walker himself brought another save from Branagan with an angled drive.

But, with three points, two wins in a row and a clean sheet, Aldershot Town were more than satisfied with their afternoon’s work.