A second half strike from Charlie Walker was enough to see off a possession-heavy Kidderminster to earn Aldershot their third win in three games and climb up to 13th in the Vanarama National League. 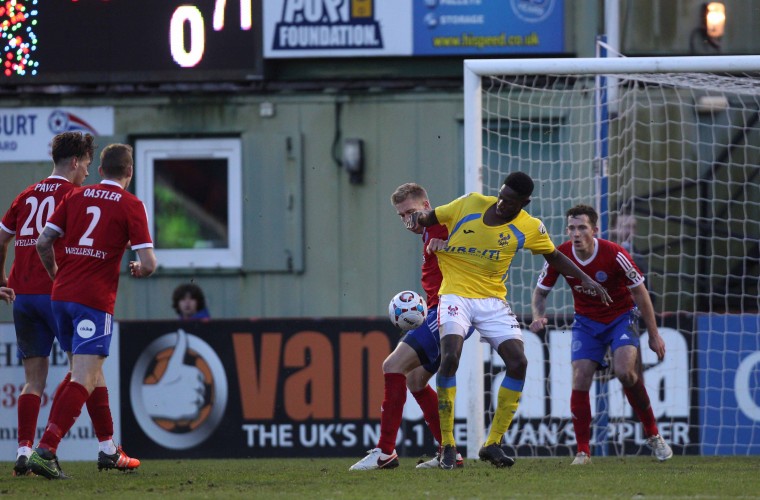 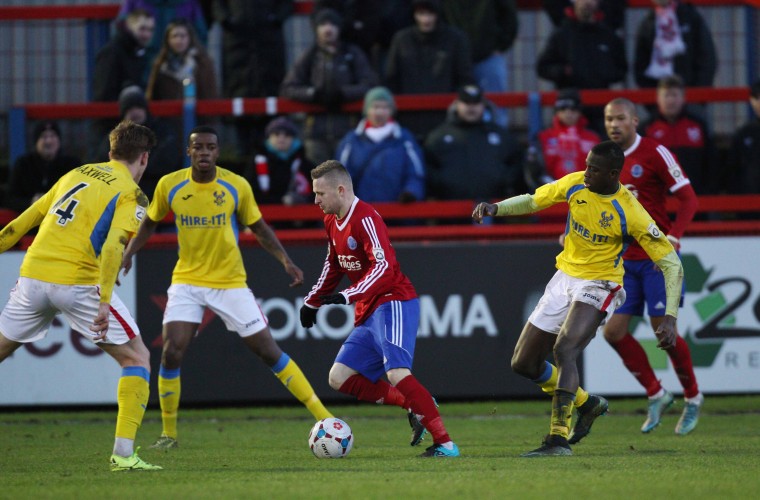 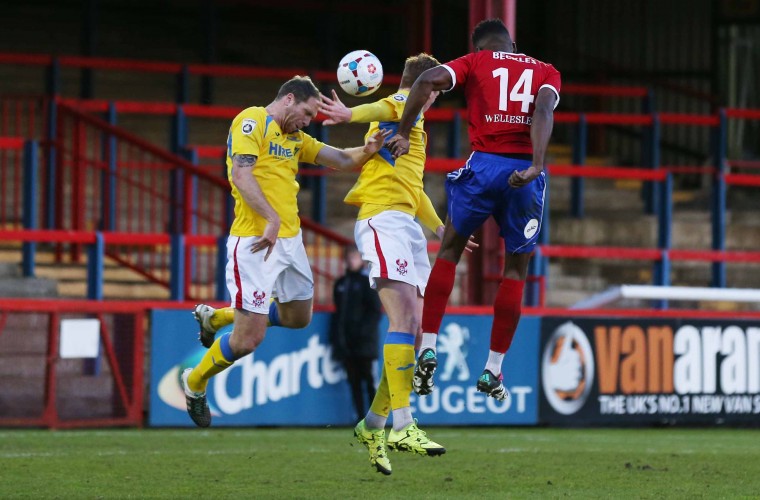 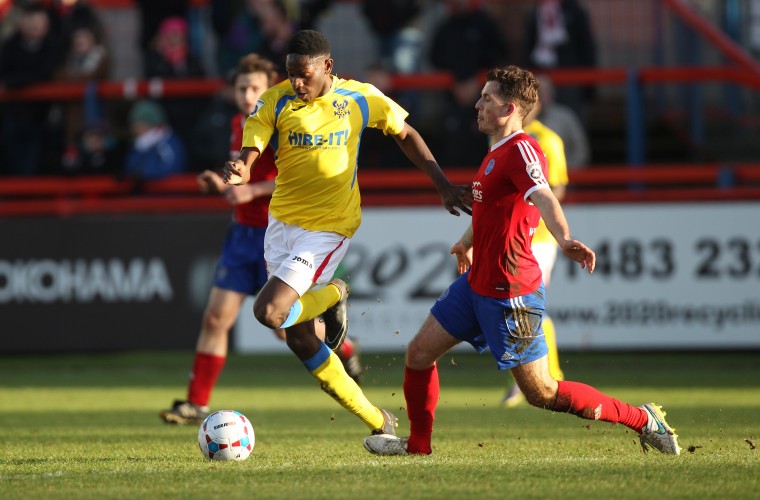 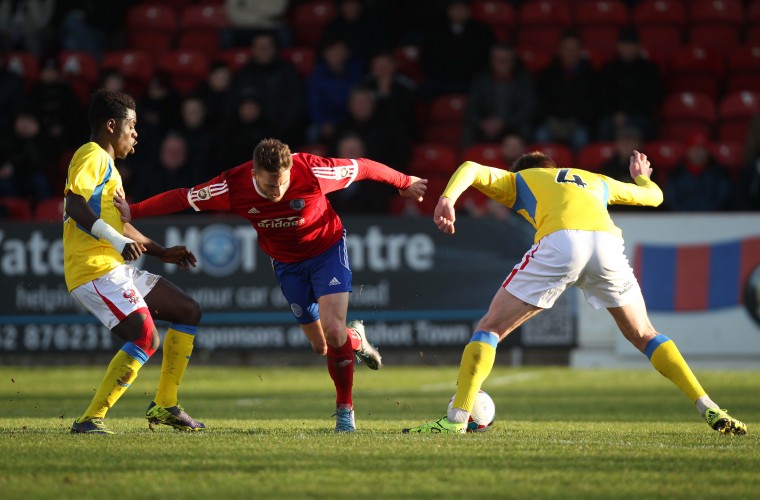 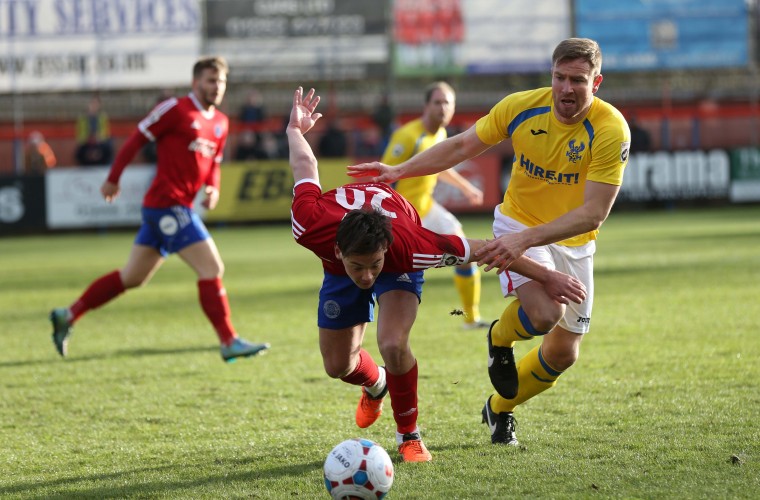 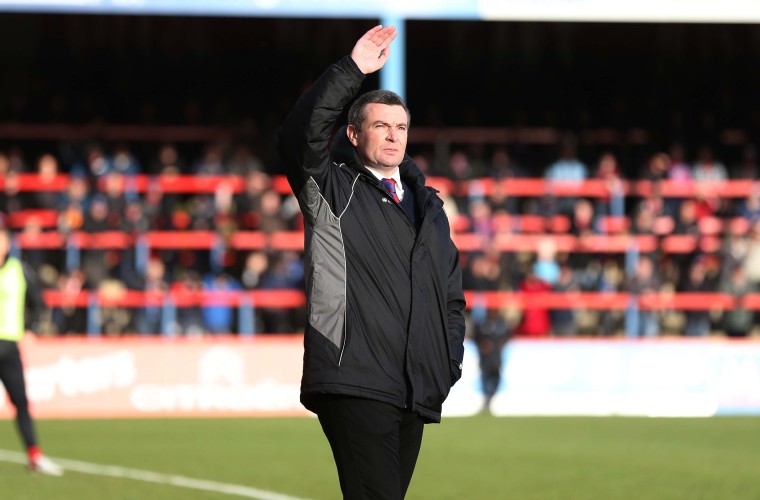 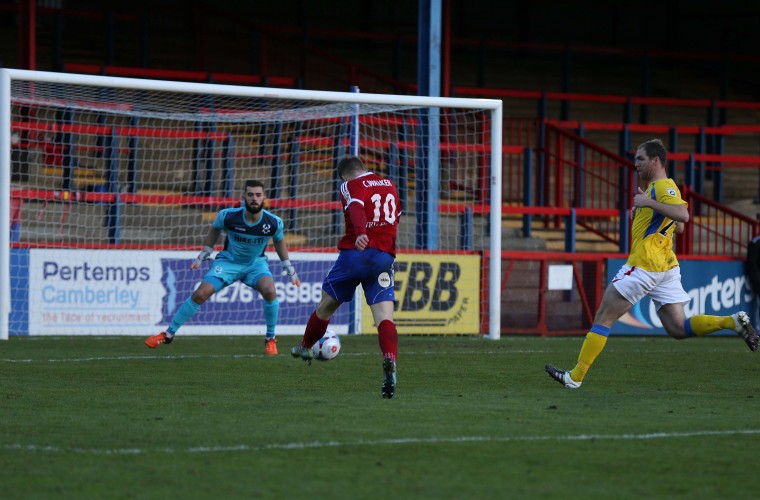 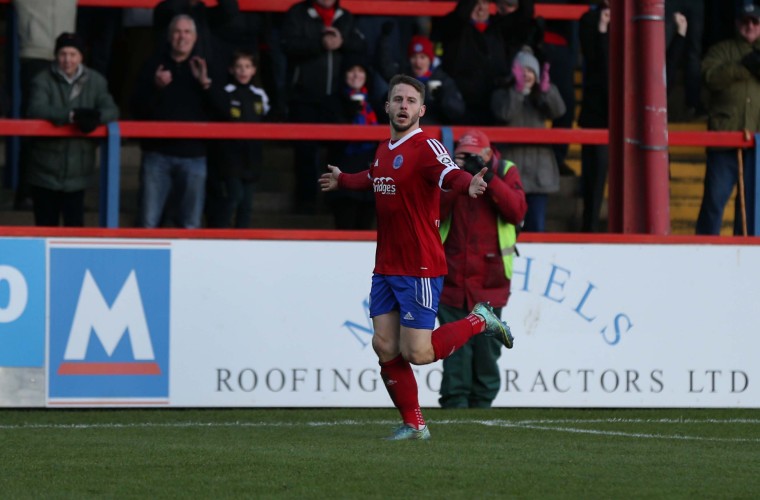 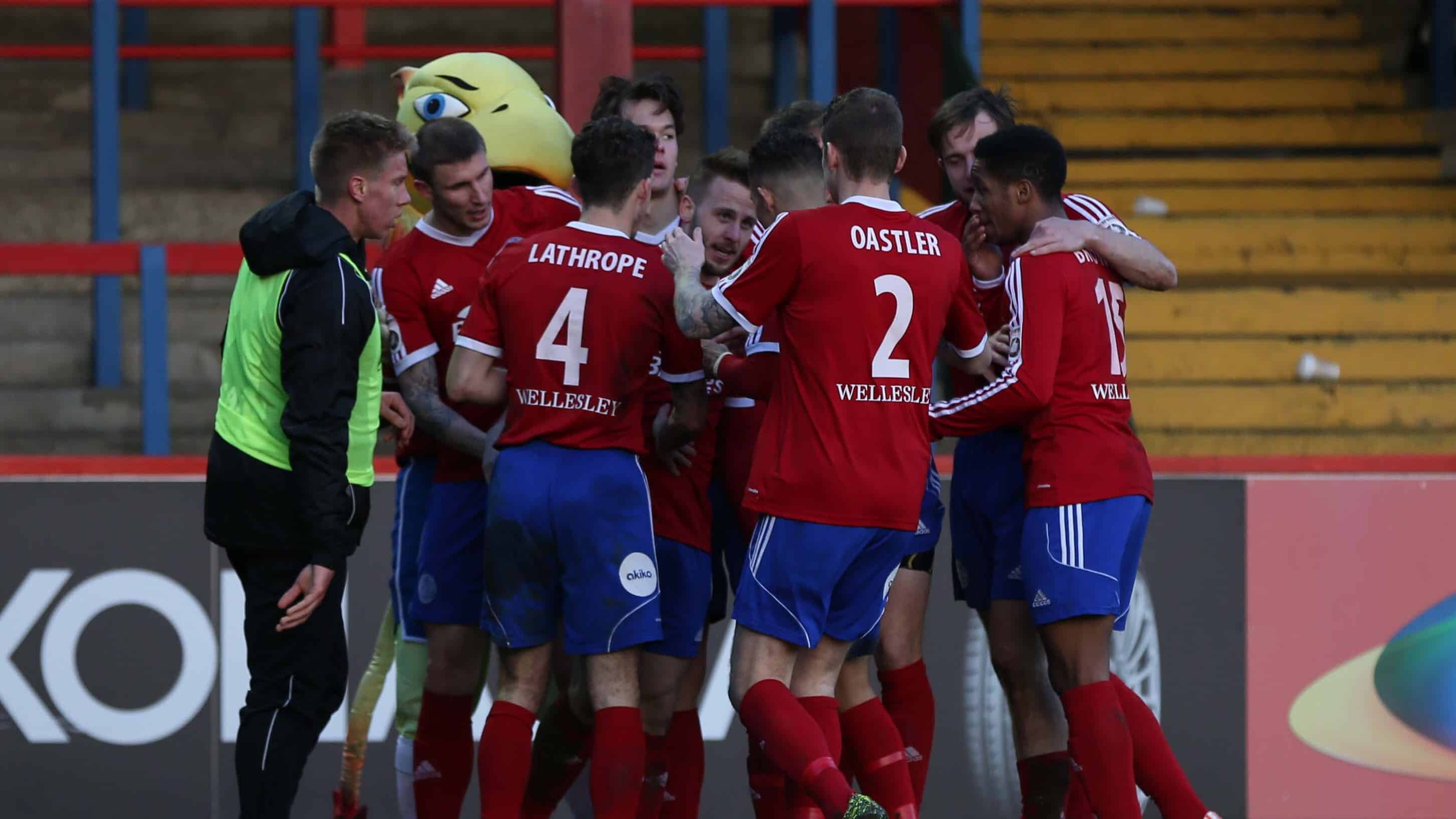 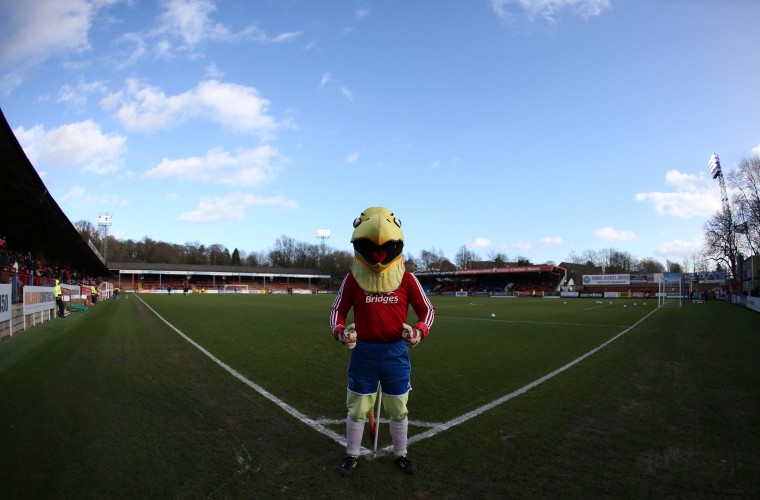 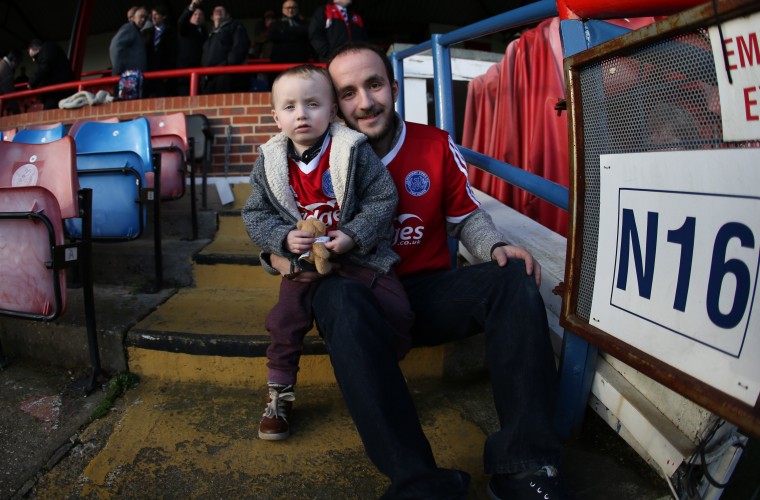 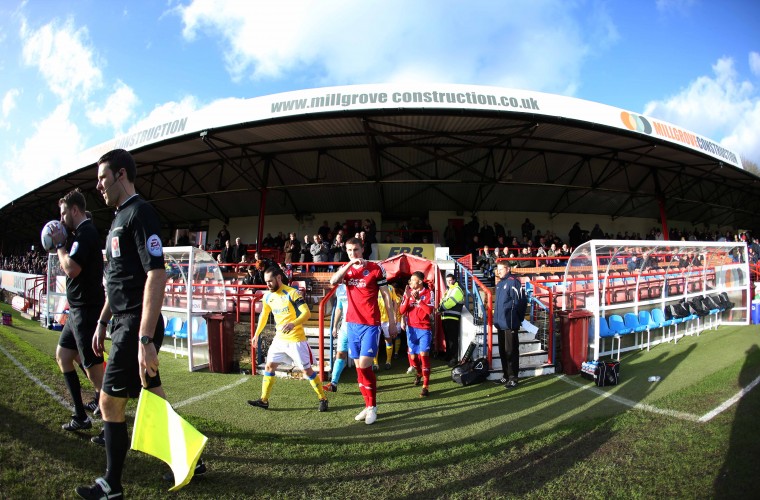 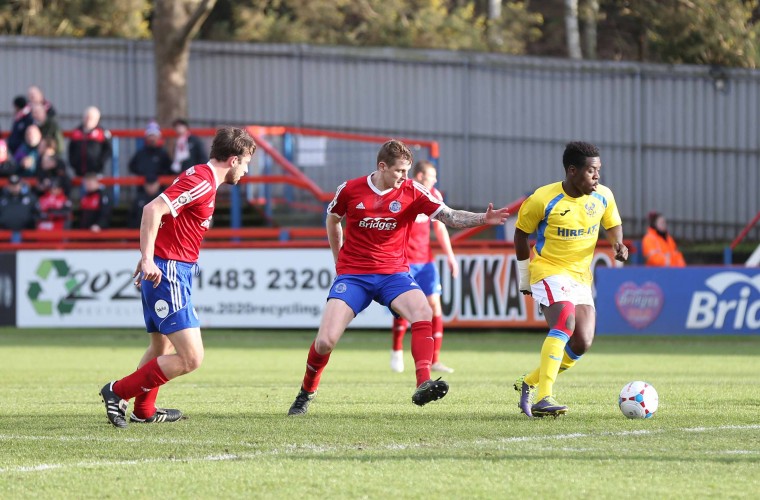 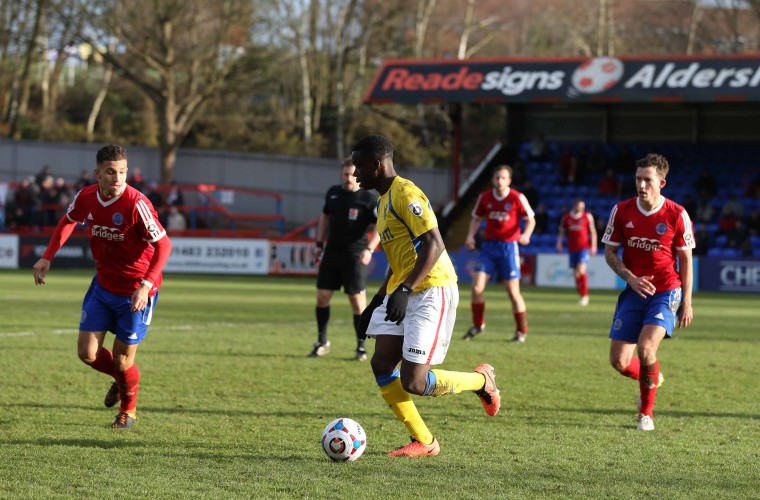 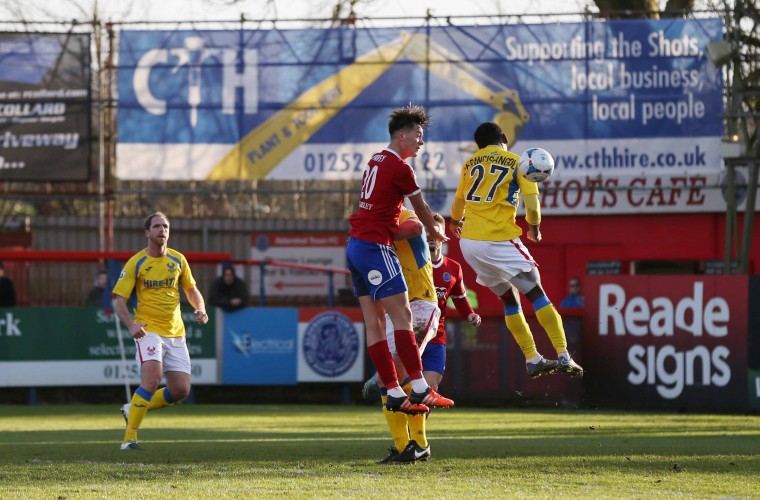 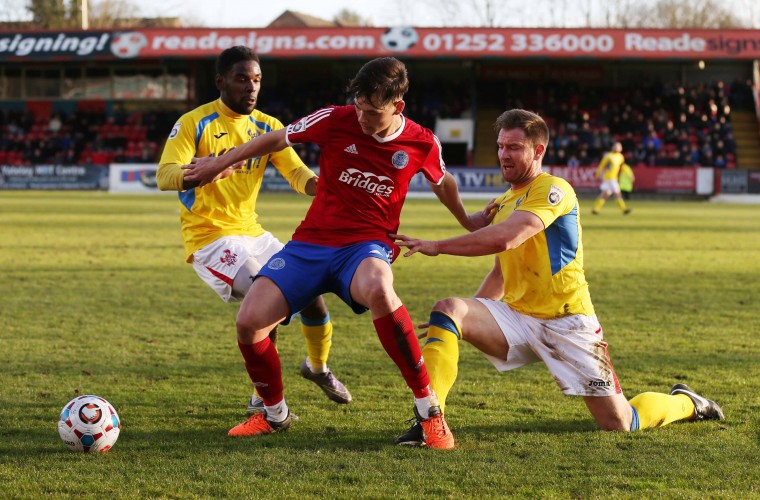 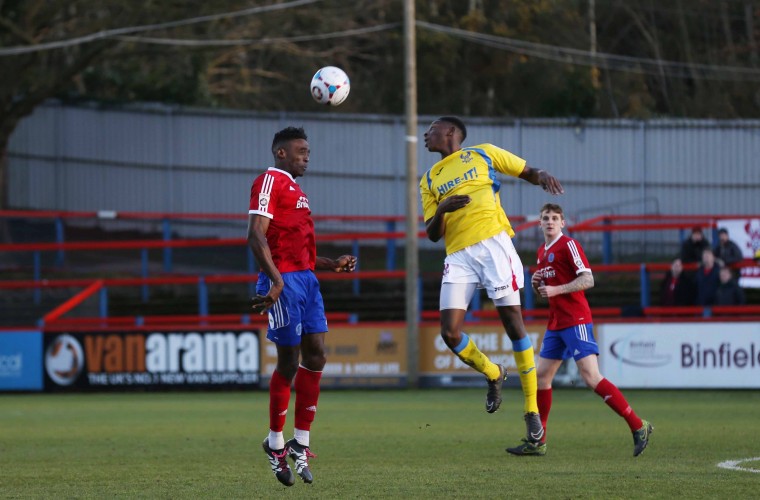 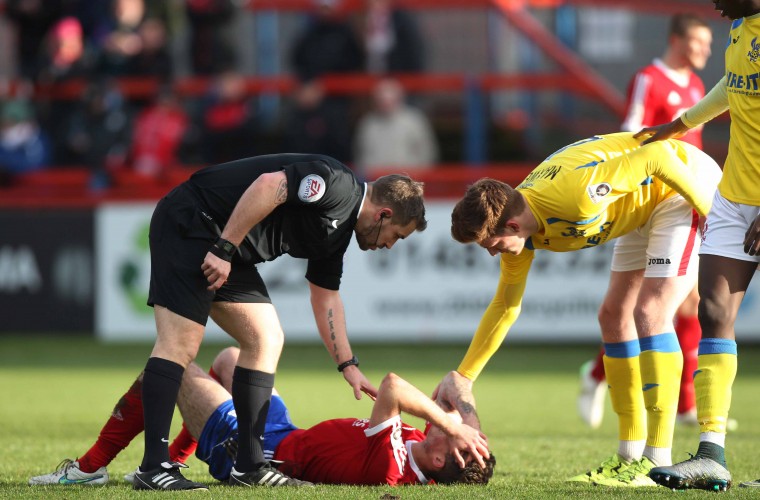 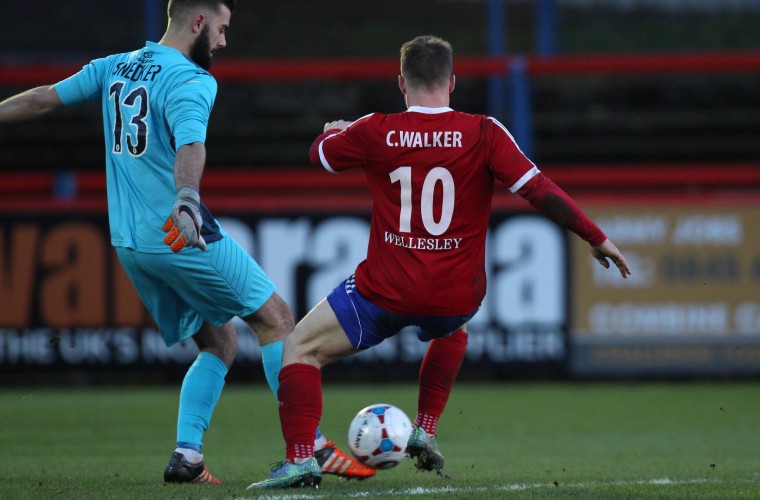 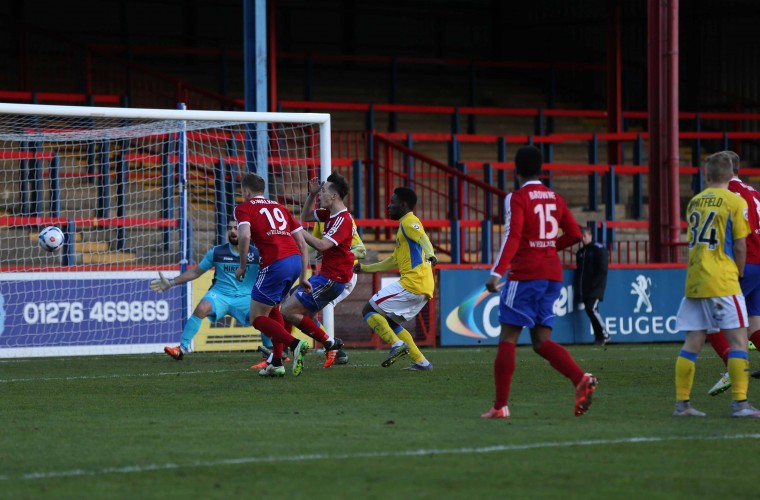 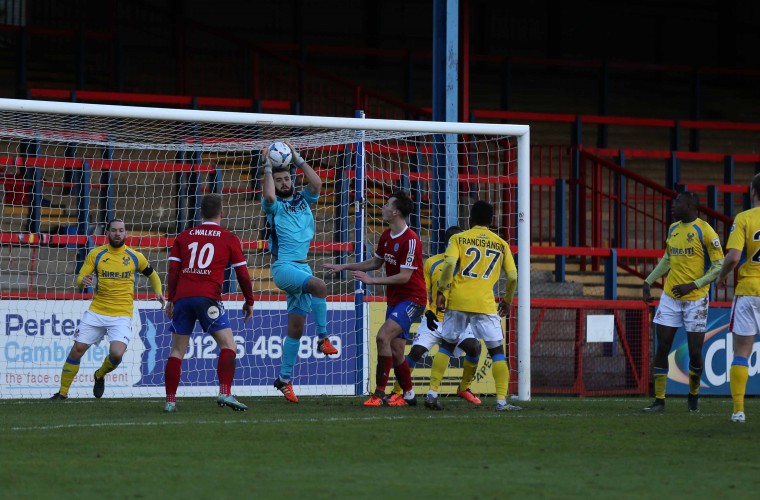 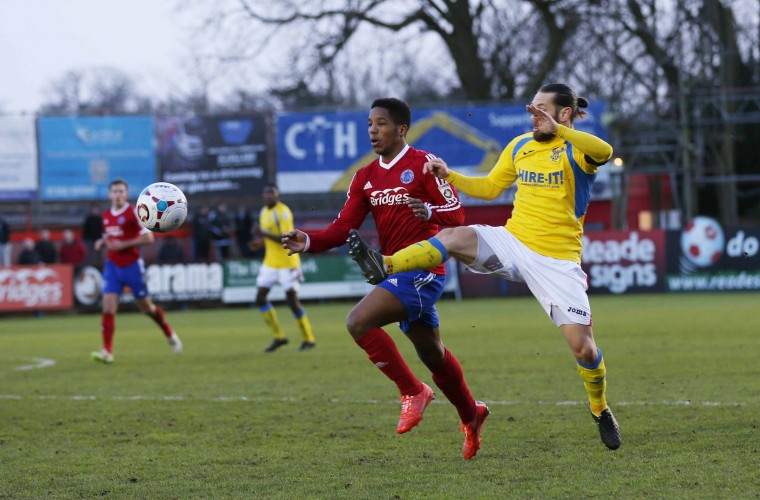 The Shots fielded an unchanged side from their 0-2 victory last week at Macclesfield as the Harriers kicked-off towards the East Bank end of the ground.

The opening minutes saw Kidderminster look comfortable with possession in midfield and on two occasions tried to unlock the defence with Patrick threatening to break through, on both occasions however, Beckles stood strong. The Harriers continued to try and work the ball around the midfield, however the congestion and pressure from the Shots didn’t allow them to work any players into dangerous positions.

Around the ten minute mark the Shots tried to catch the Harriers on the break on two occasions of their own. Firstly Dan Walker was caught offside driving down the right wing whilst trying to collect a smart pass from his brother, Charlie. Following that a strong challenge from Cheye Alexander released Gallagher to run at the Kidderminster defence, however he was dispossessed as he shaped to shoot from inside of the penalty area.

The first shot of the game fell to the Harriers in the eleventh minute. Gnahoua on the right wing cut inside to drive a shot at goal. This deflected awkwardly off of Gallagher but smith managed to palm it behind for a corner.

As the Harriers tried to make more of their possession and drive forward, pockets of space in the previously congested midfield started to open up. Alfie Pavey and Charlie Walker started to become more involved in moving the ball quickly at the Harriers backline, but without any real result of note. In the 26th minute, Walker did have the ball in the net, however Pavey was adjudged to have fouled a defender whilst laying off the ball to Walker.

The Shots started to increase their pressure, but couldn’t make it count as the Harriers piled bodies behind the ball and made it increasingly difficult to break down.

The deadlock was threatened in the 40th minute as a backpass from Joe Oastler was underhit as Whitfield chased the ball down. Fortunately, Phil Smith was alert enough to beat Whitfield there and clear the danger.

The Harriers had the better of the final five minutes of the first half, forcing a few blocks and corners but not the ‘clear-cut’ opportunity they were looking for. Their speed of passing was starting to cause problems, and both Lathrope and Dan Walker received cautions for their impatience to turn over possession.

A poor freekick into the Eastbank from Whitfield marked the end of the half. A half of very few chances, and relatively poor quality from both sides. Not one that will last long in the memory…

The Shots started the brighter in the second half, with Walker, Pavey and Browne involved with early exchanges looking for gaps to breach. The latter won a freekick following Fane being judged to handle Browne’s cross 22 yards out. Walker’s delivery found Pavey 6 yards out who failed to direct it goalwards.

In the 50th minute two of those three were again involved in a move, this time, with more success.

Damon Lathrope won the ball back in midfield and fed the ball to Reece Browne who had cut inside. In turn he threaded a well weighted ball into Charlie Walker’s path on the left hand side of the area who finished neatly with a left-footed drive across Snedker into the bottom right corner.

Just minutes later, Charlie Walker had the ball in the net for the third time. Although for the second time, it wouldn’t count. The linesman had his flag up as he moved past the Harriers’ defence and smartly lobbed Snedker.

Over the next ten minutes the Shots continued to try to make their pressure count. Browne and Charlie Walker were combining with effect, both having chances to shoot, and both bringing further saves from Snedker, unable to double that lead.

The Harriers weathered the pressure and found their composure. They again restored their now-familiar possession in midfield and patiently looked for gaps to execute. The Shots defence however, was sitting deep and holding with relative comfort as the Harriers were looking somewhat toothless.

The patience from Kidderminster nearly paid off in the 66th minute, as a second rare mistake from Oastler, this time a sliced clearance, dropped to Whitfield with only Smith to beat. Under pressure though, his shot was put wide and the Shots escaped.

Substitutions for both sides followed, with first Jim Stevenson coming on for the cautioned Jake Gallagher, and then Ross Lafayette replacing Alfie Pavey. In between, a double sub for Kidderminster saw Williams and McQuilkin make way for Hodgkiss and Ngwatala. The Harriers’ final change followed, with Garnett replacing Patrick.

The final twenty minutes was full of nothing more than half-chances, which was in some way a testament to the Shots’ defence. Blocked shots and deflections were as dangerous as it got, with neither keeper being forced back into action until the final few minutes.

The last chance actually fell to the Shots, as Lafayette got in behind Lowe who slipped but manage to recover to force Snedker into the final save of the match.