The Shots fell to defeat at Aggborough as Harriers earned a second win of the season.

Two goals early in the second-half, as Kidderminster re-started the game strongly and Aldershot Town failed to match their desire and workrate, gave the hosts victory in a game where The Shots again spurned enough chances to have secured a result.

An opening half of much endeavour but few clear cut chances had appeared to give the visitors a platform on which to build against struggling Kidderminster, but instead Harriers were allowed to seize the initiative.

The lively James McQuilkin brought a point-blank reaction save from Phil Smith, and on 53 minutes Jordan Murphy’s pull-back from the byline invited the winger to score at the near-post.

On the hour, Ben Whitfield broke through two challenges to rifle a shot into the top corner, and Harriers were buoyant. Barry Smith responded with two changes which initially saw The Shots effectively switch to a 4-2-4 formation, and the introduction of Charlie Walker, in particular, sparked a brief revival, but Dean Snedker was equal to three long-range efforts. 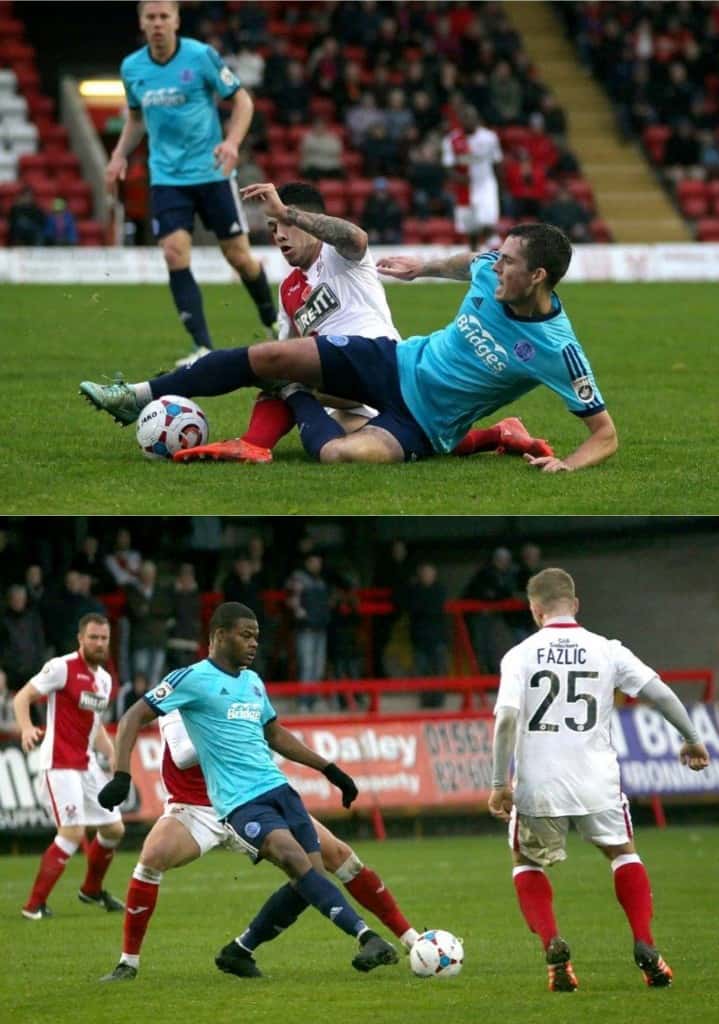