Aldershot Town were valiant in defeat at Valley Parade as Bradford City progressed to an Emirates FA Cup second round tie against Chesham United. 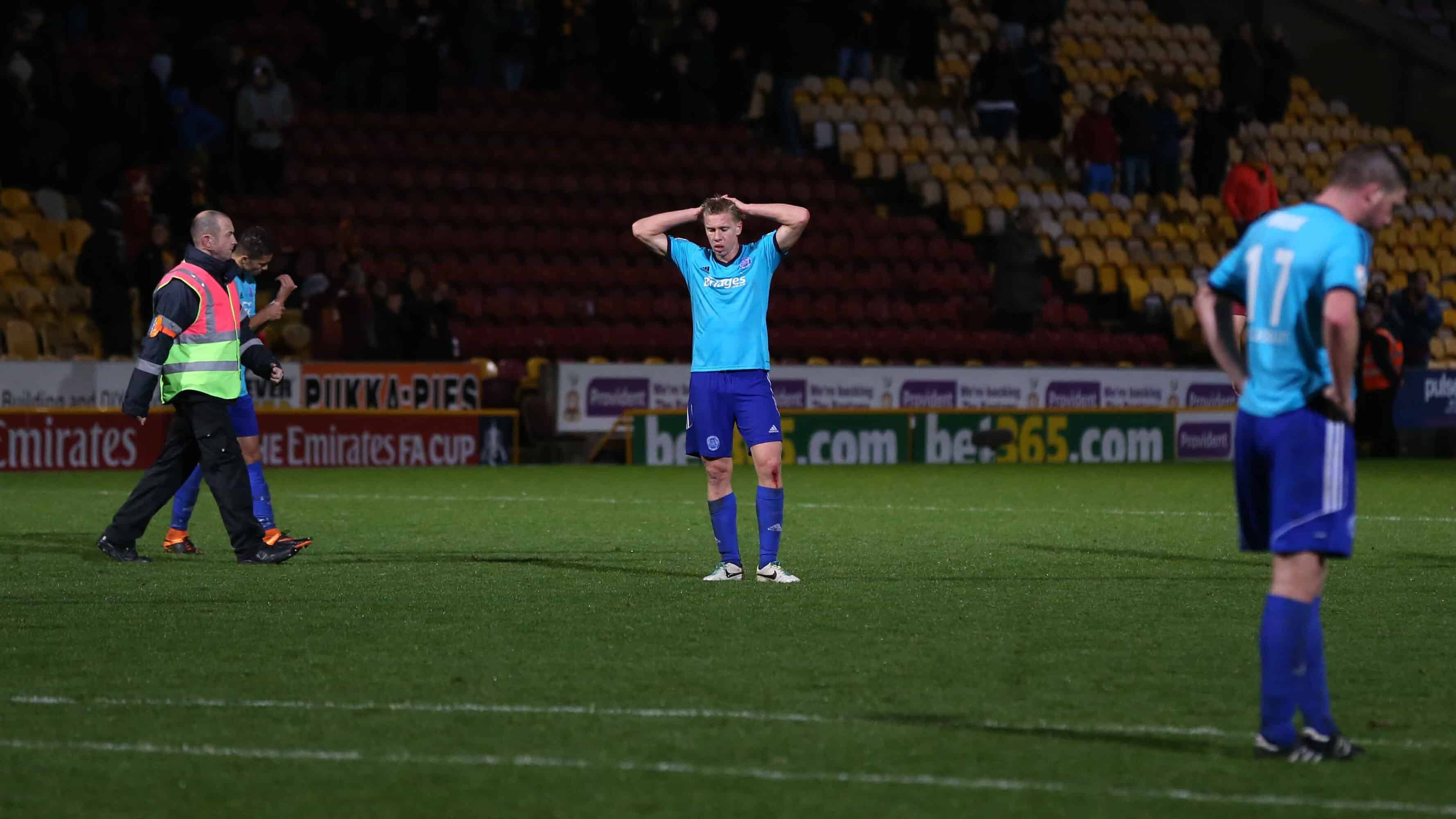 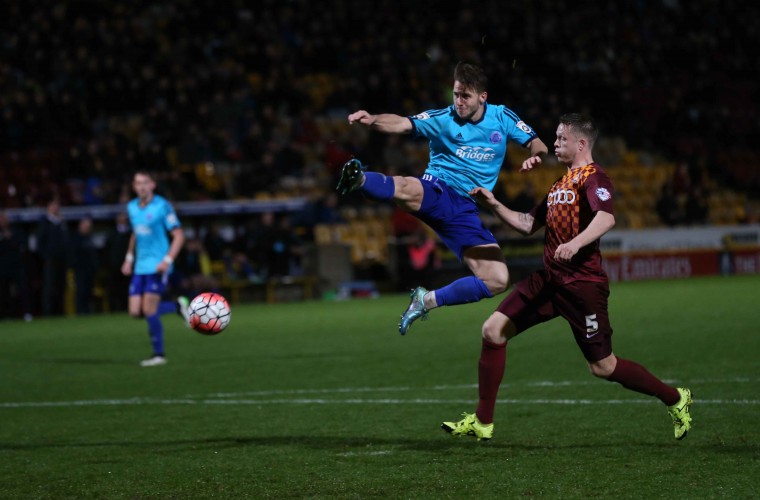 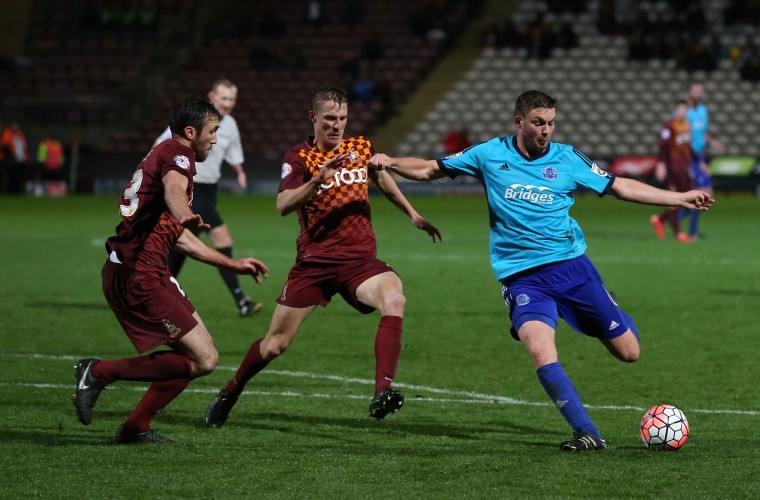 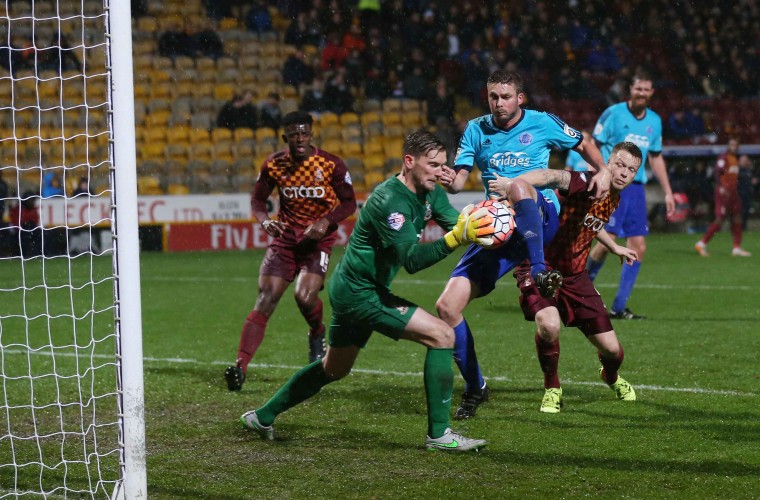 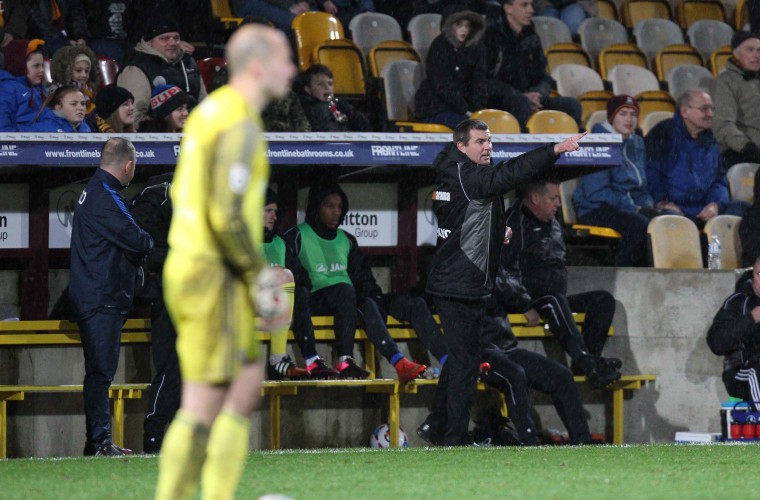 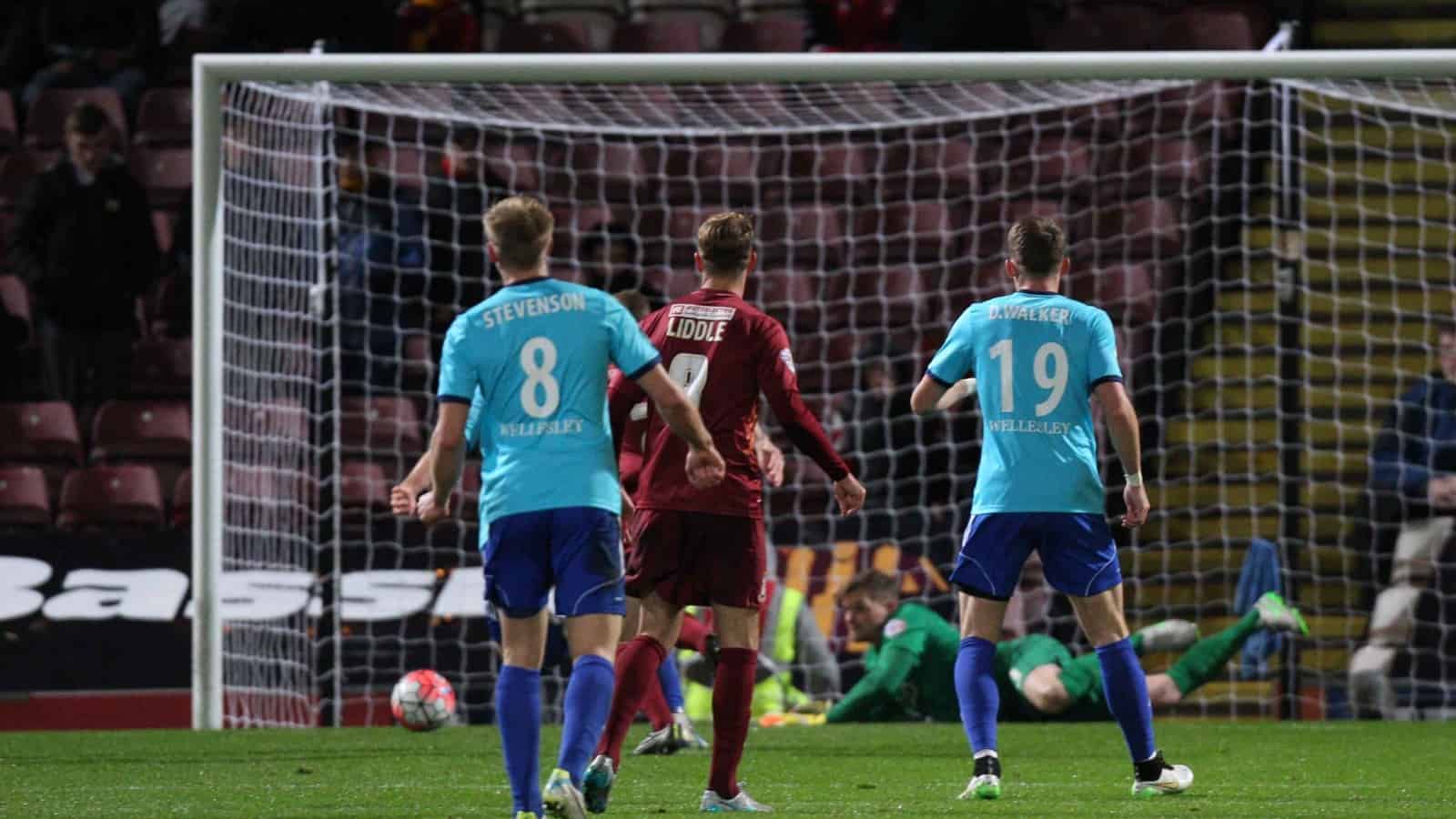 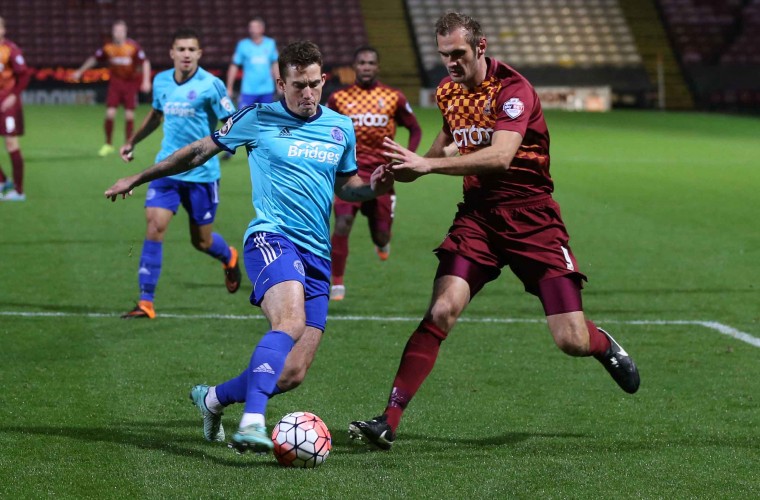 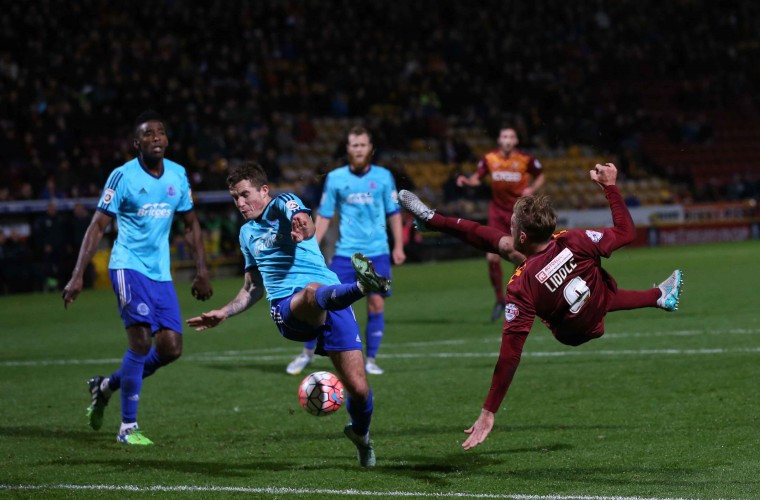 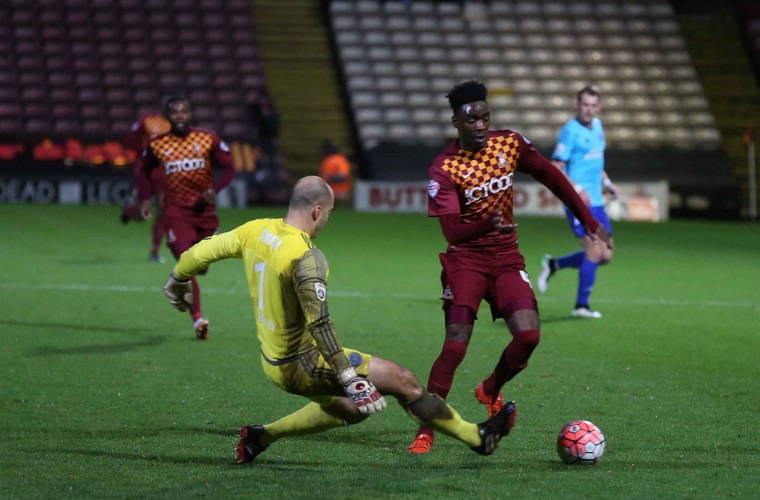 The Shots again more than held their own against the League One Play-Off chasers for much of the game, and created several excellent chances which could have brought a different outcome, but in the end one moment of brilliance from left-back Greg Leigh broke the deadlock.

The Shots, though, had made a bright start and fashioned the better early chances, as Brodie sliced a shot wide and then, as Williams did well to parry Brodie’s shot on the turn, the rebound was fell behind Sam Hatton, whose eventual follow-up was also saved.

With former Bantam Luke Oliver in fine form at the back, City were frustrated by the Shots’ defence, but could still have taken a 20th minute lead, when Phil Smith tipped Mark Marshall’s drive onto the post at the end of a dynamic run into the box.

Seven minutes later, Smith was shown a yellow card for a sliding challenge on Devante Cole, racing out of his box as the striker broke clear down the left. From the free-kick, Liddle’s attempted acrobatic volley was cleared, but at the other end Williams had to make a superb save to block Jim Stevenson’s shot after being set up by Brodie.

McMahon and Charlie Walker both had shots fizz close to goal as the second-half began in cagey fashion, but Bradford slowly exerted pressure on the visitors’ goal. On 61 minutes, Leigh burst forward to take Knott’s crossfield pass in his stride and beyond the trailing Alexander to chip a superbly disguised shot beyond Smith.

Soon Smith had to produce a brilliant, wrong-footed save to deny Knott himself as City strived to seal the victory, but the introduction of Rhys Browne briefly galvanised The Shots, only for another substitute, Luke James, to tease his way into the box and induce what referee Keith Hill adjudged to be a foul by Omar Beckles. Tony McMahon drove his penalty into the left corner of the net, via the fingertips of Smith, and the tie was won.

Smith saved James’ shot with his legs, and Knott shot over the bar, as Bradford, in the pouring rain, successfully extinguished any hopes Aldershot Town had of a late comeback.