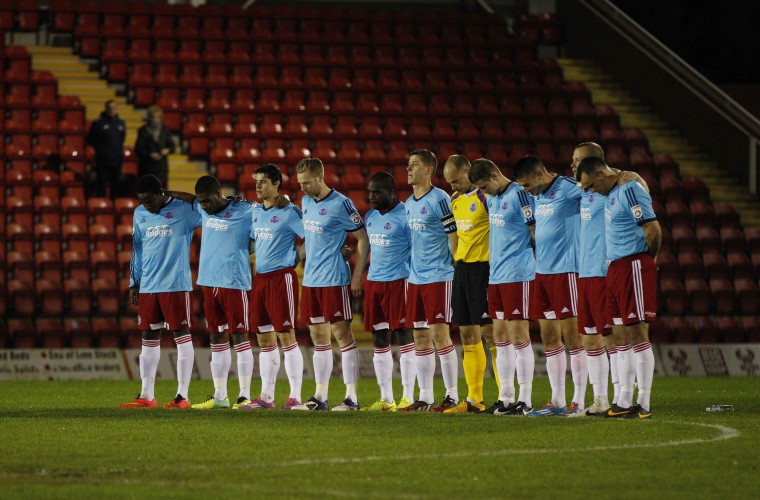 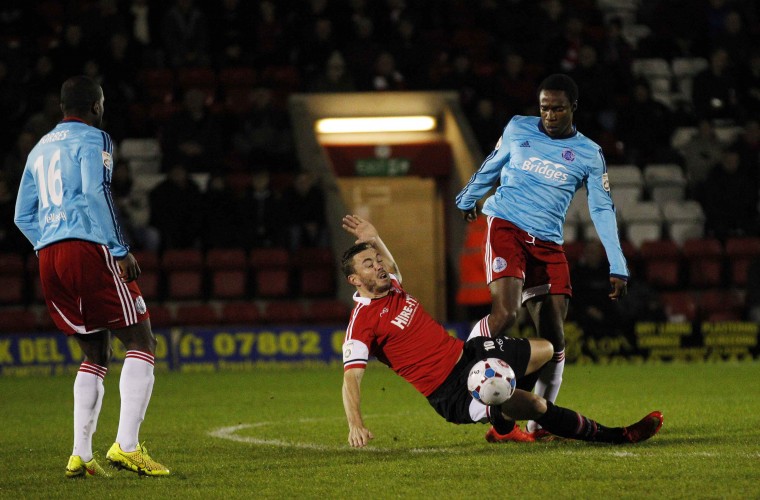 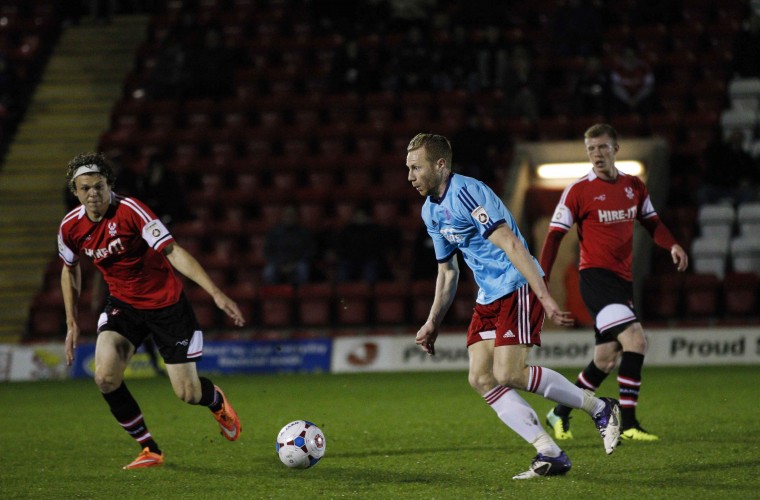 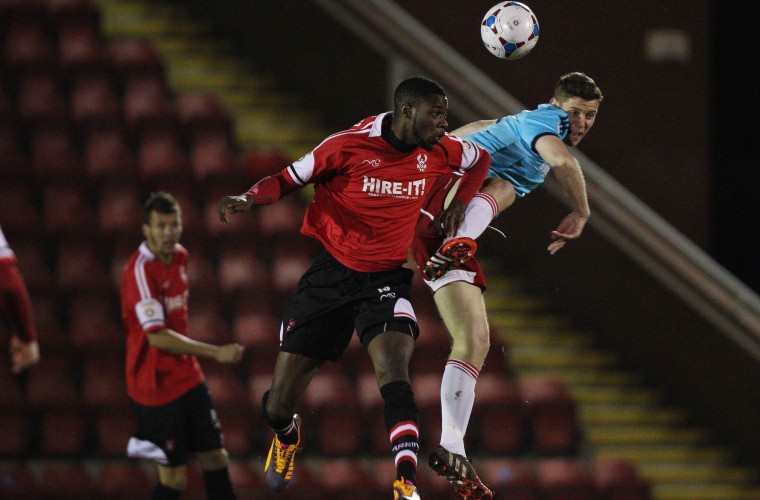 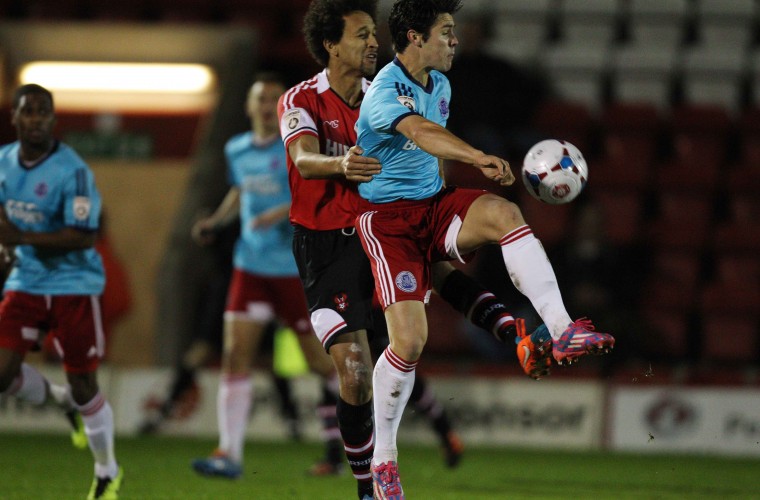 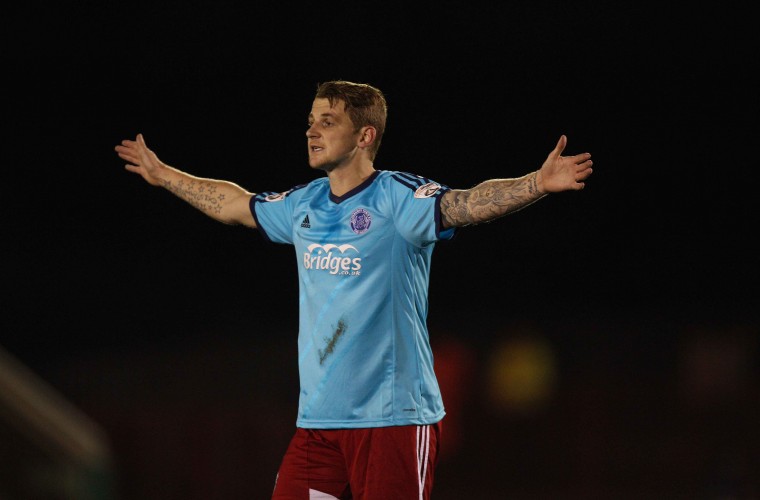 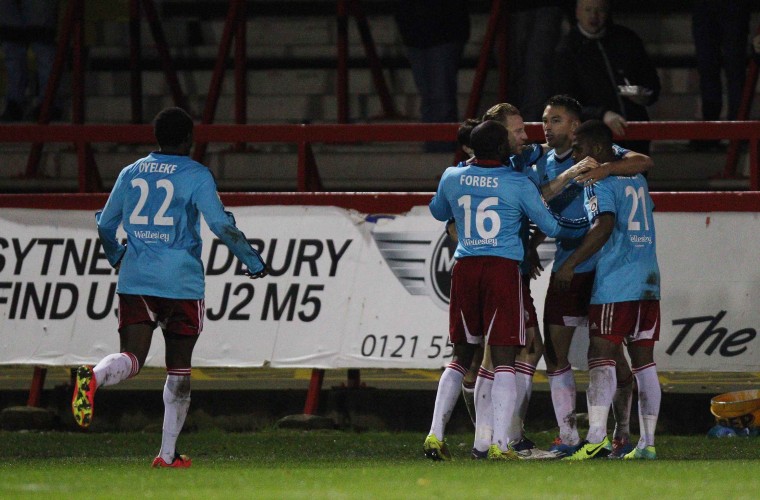 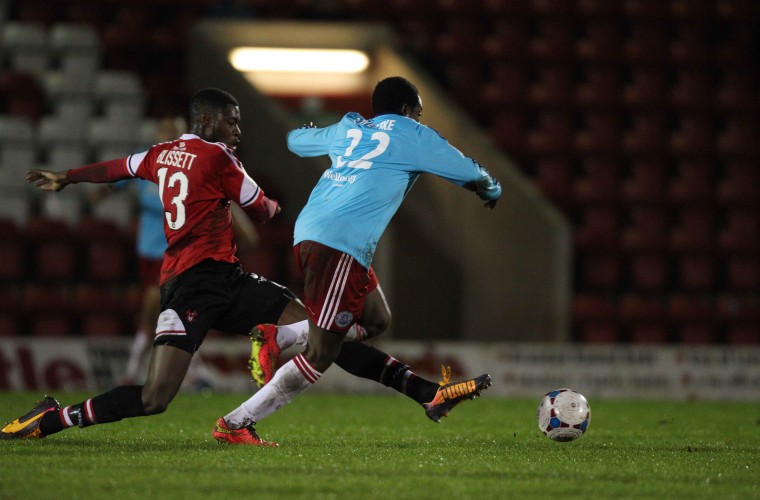 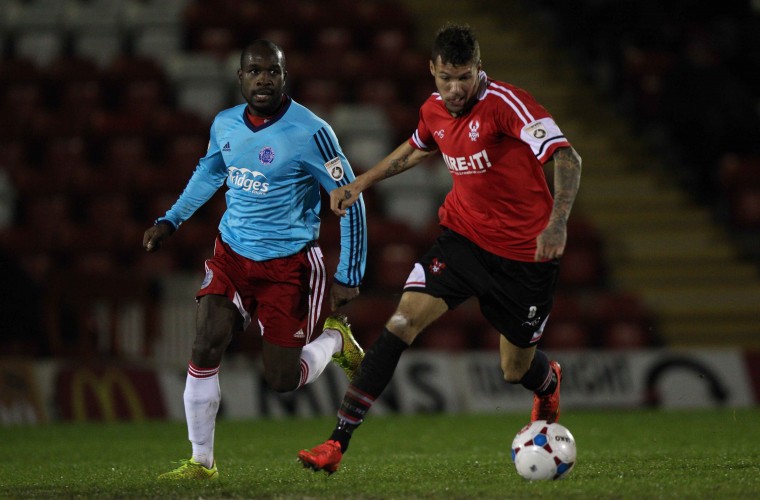 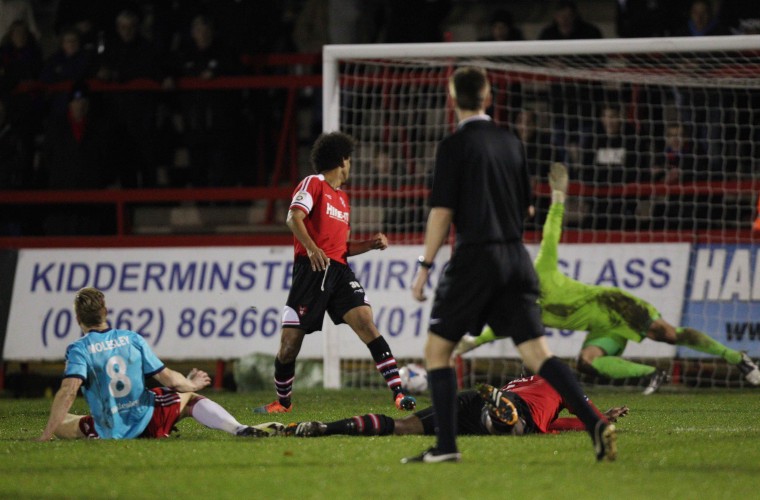 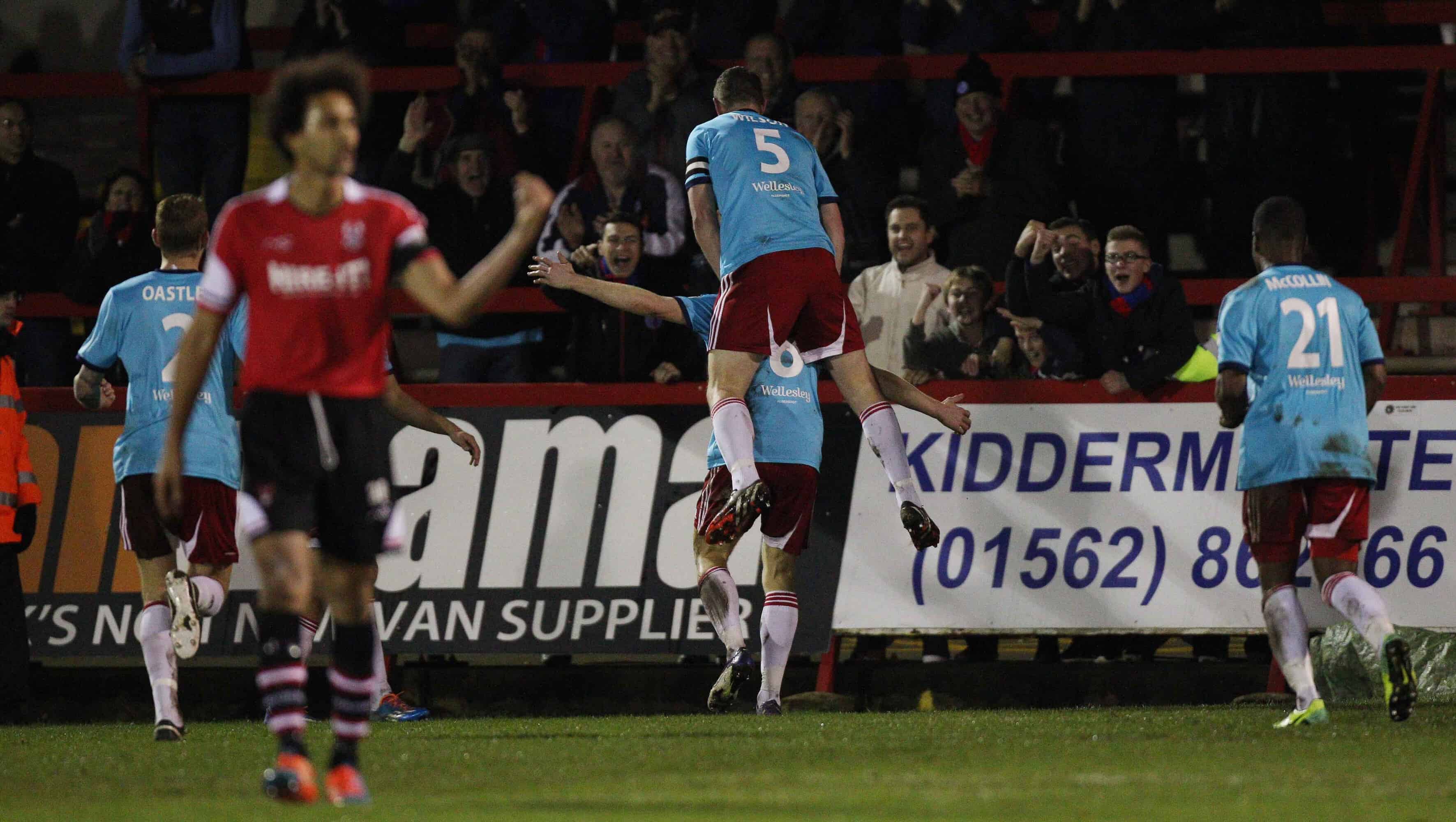 Second-half goals from Brett Williams and Mark Molesley secured the points against 10-man Harriers, as The Shots overcame heavy traffic and further depletion of an already injury-hit squad to record their first away win since mid-August.

Forced to give his pre-match team-talk on the coach, Andy Scott nonetheless witnessed a superb display. The Shots withstood a Harriers resurgence in the second quarter of the game to dominate the second-half after Jared Hodgkiss had been sent off in conceding the penalty from which Williams opened the scoring.

The 4-3-3 formation, which employed Sam Hatton at right-back, allowed The Shots to make a hugely-encouraging start to the game. Lewis had to palm Holman’s fizzing drive over the bar in just the third minute, before Molesley curled a shot too high and both Holman and Oyeleke saw efforts blocked.

In between, Reid’s long-range shot was comfortably held by Smith but, with Forbes and Oastler also taking aim from outside the box, The Shots continued in the ascendancy. On 20 minutes, though, Harriers began to assert themselves, as Johnson’s angled shot was blocked and, from the follow-up, Robinson shot wide.

The dangerous Johnson then saw a low cross-shot take a slight deflection on its way past the post and it was Aldershot Town reduced to isolated counter-attacks.

Within two minutes of the restart, however, the game swung back in The Shots’ favour. A neat build-up down the right invited Hatton to swing over a teasing cross which found McCollin goalside of his marker, Hodgkiss. The tug on the blue shirt earned Hodgkiss a red card and Williams rolled in a nonchalant penalty.

Blissett’s shot was easy for Smith but Harriers were increasingly restricted to half-chances and hopeful balls into the box as they eventually ran out of ideas. Dunkley glanced a header wide and Smith came off his line to claim the ball ahead of Blissett, and two chances for Williams – both smashed over the bar – could have sealed the win.

McCollin rifled a shot past the near-post but, on 74 minutes, Molesley secured all three points. Cutting in from the right flank to the edge of the penalty area, he bent a low shot beyond Lewis into the far corner, aided by a slight touch from the last-ditch challenge of a defender.

Three right-wing crosses, either glanced wide or overhit, were all that Harriers could muster by way of a comeback, as The Shots’ defence held out with relative ease to preserve the clean sheet.