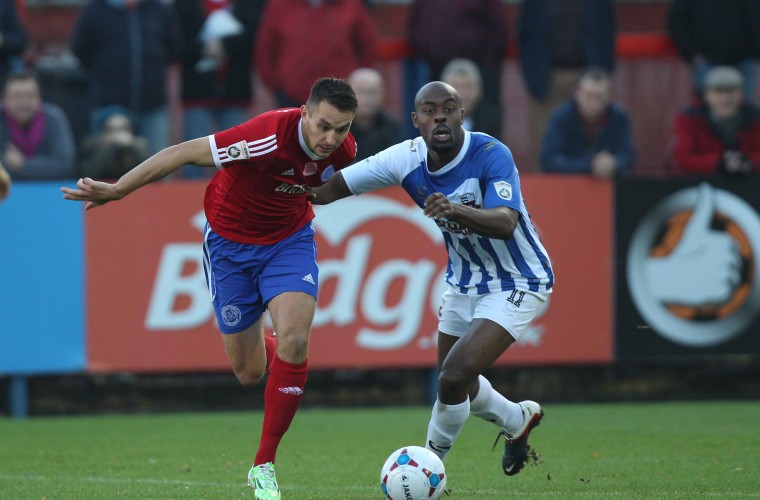 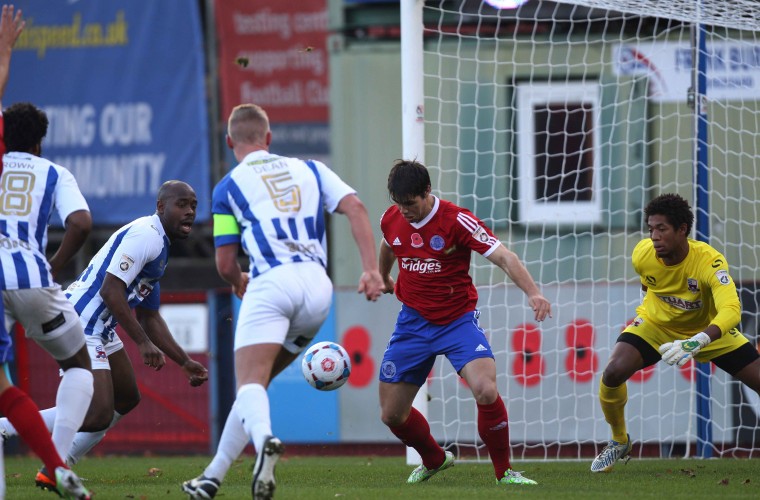 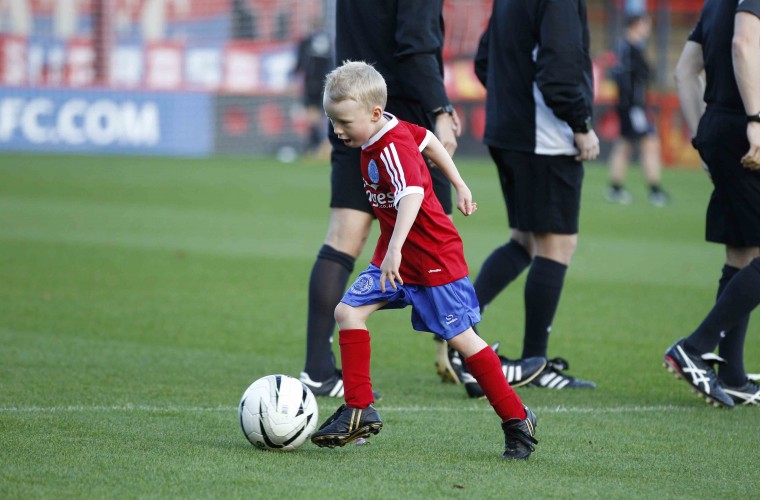 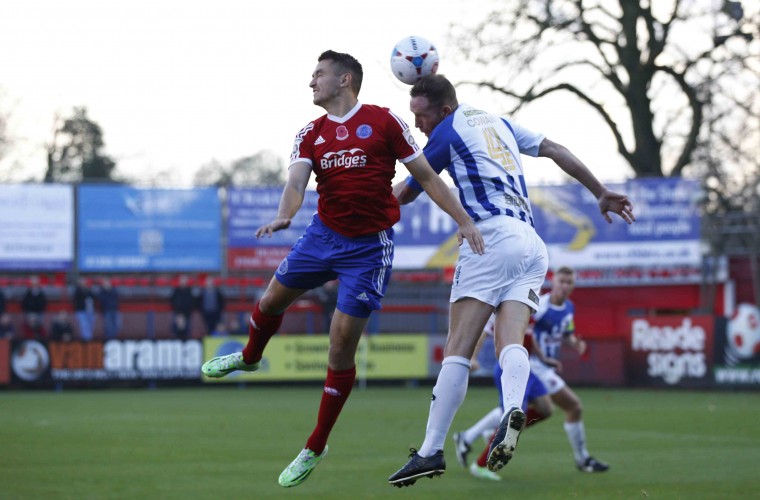 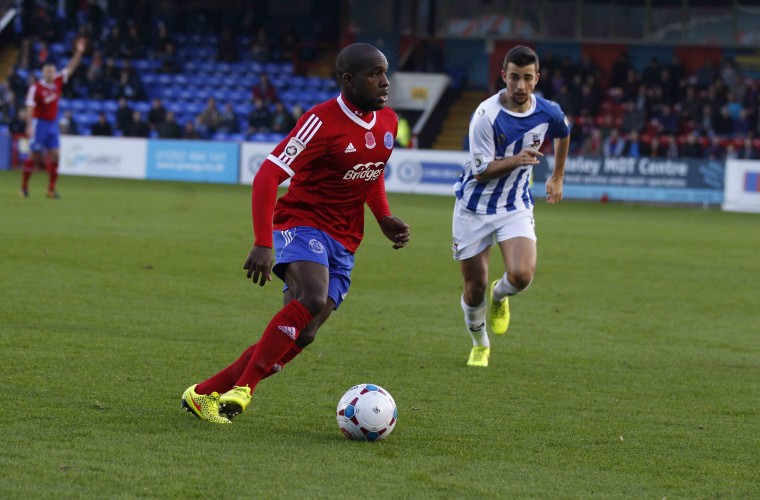 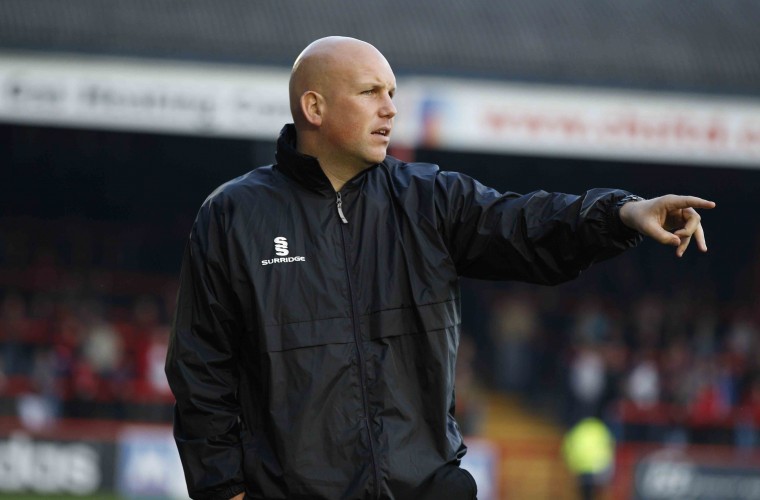 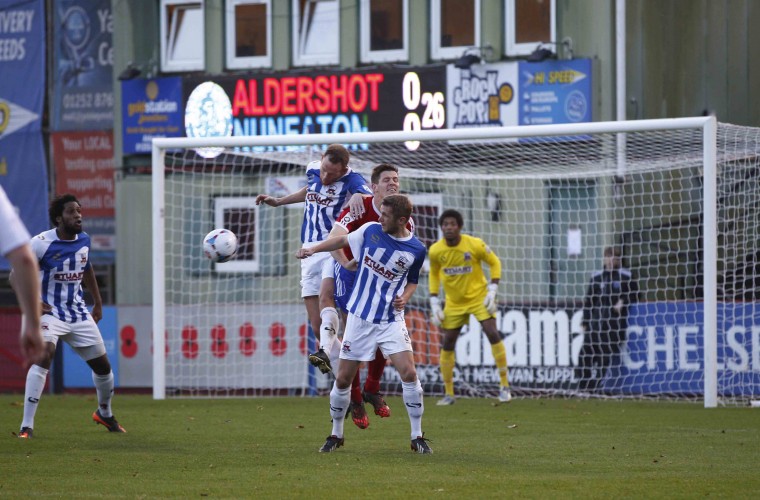 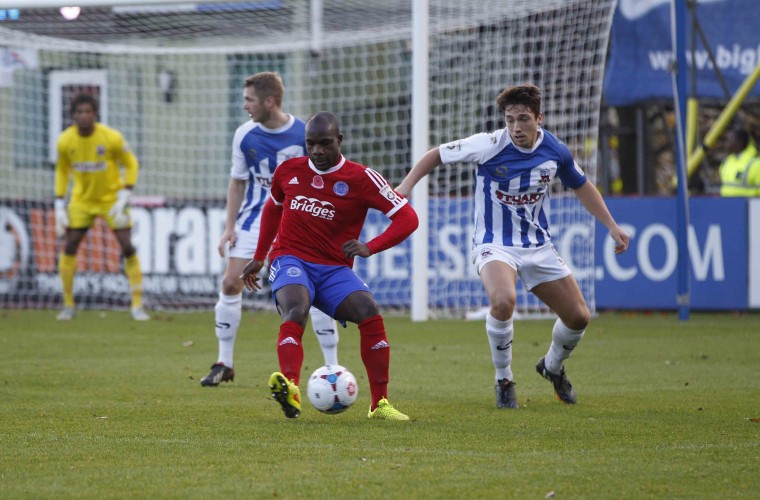 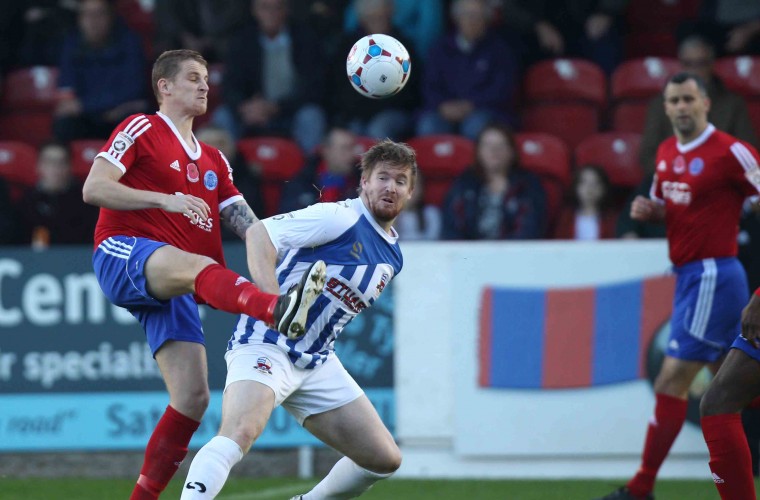 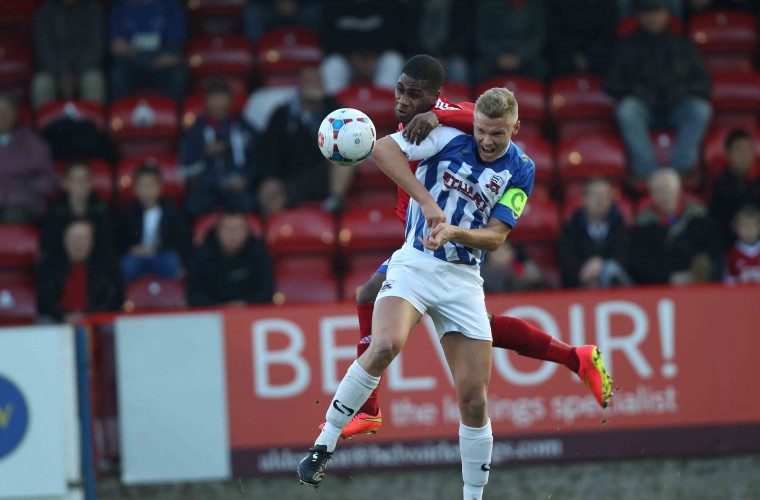 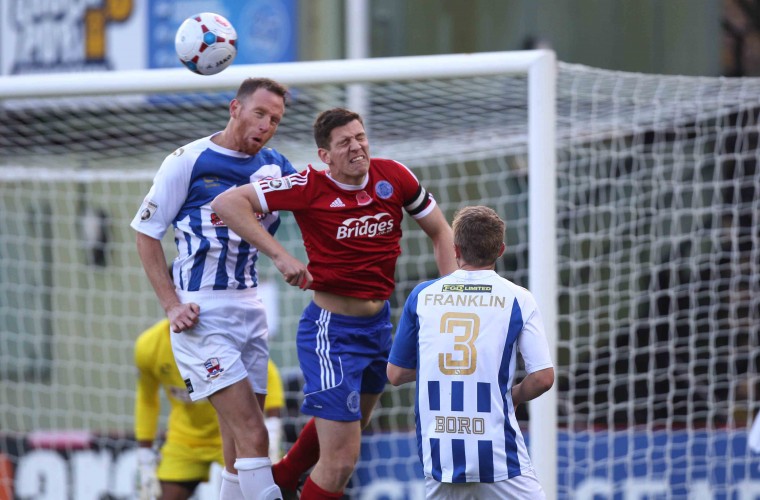 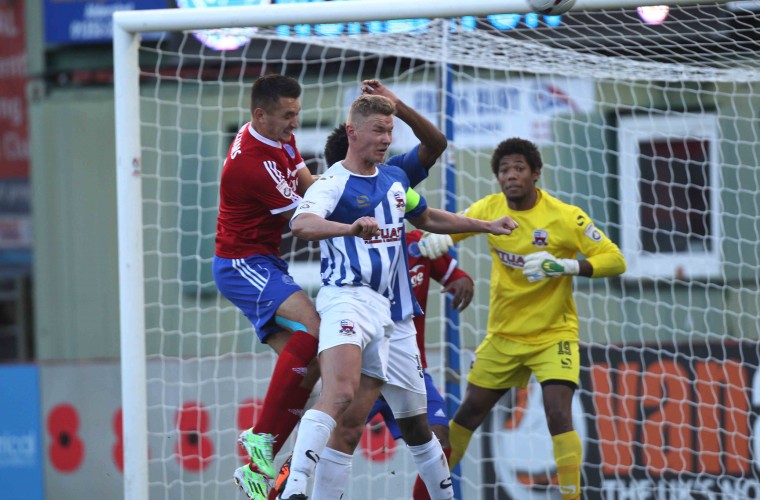 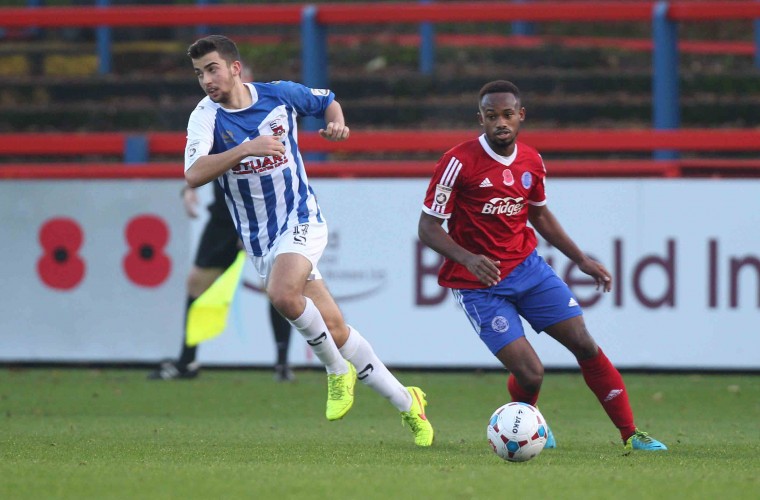 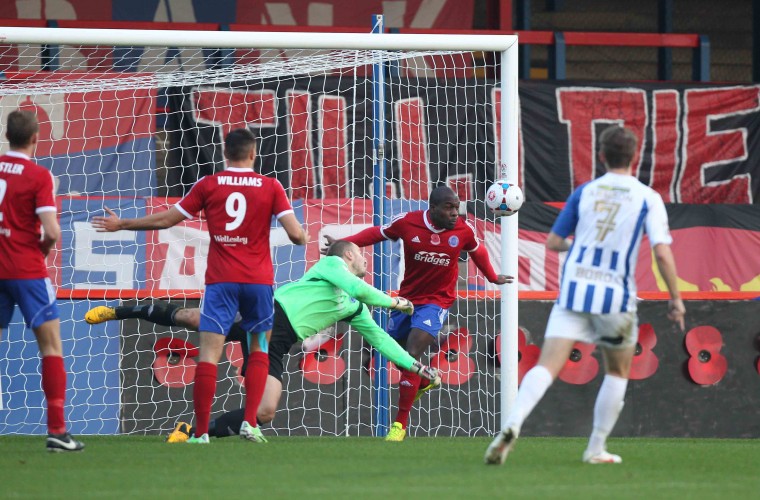 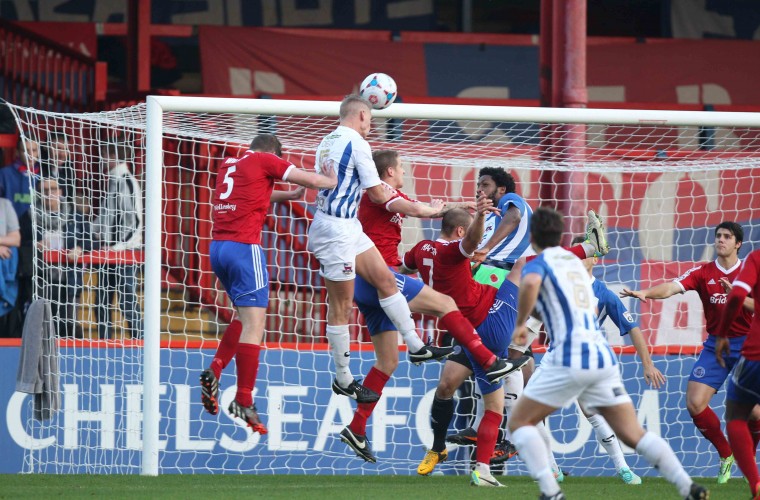 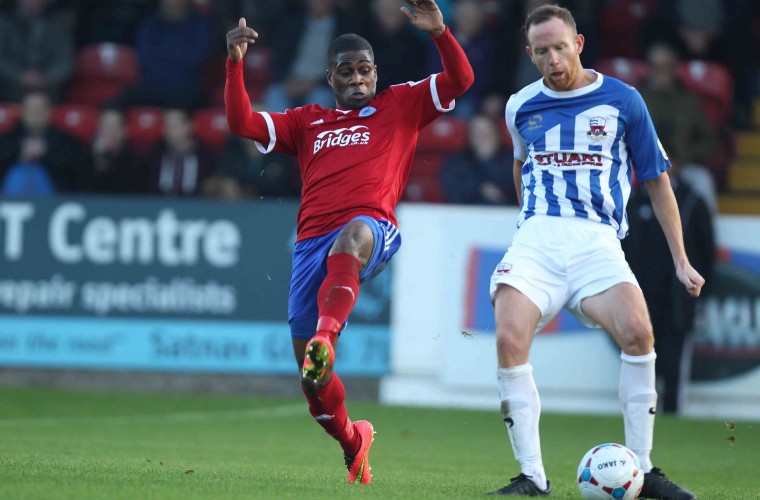 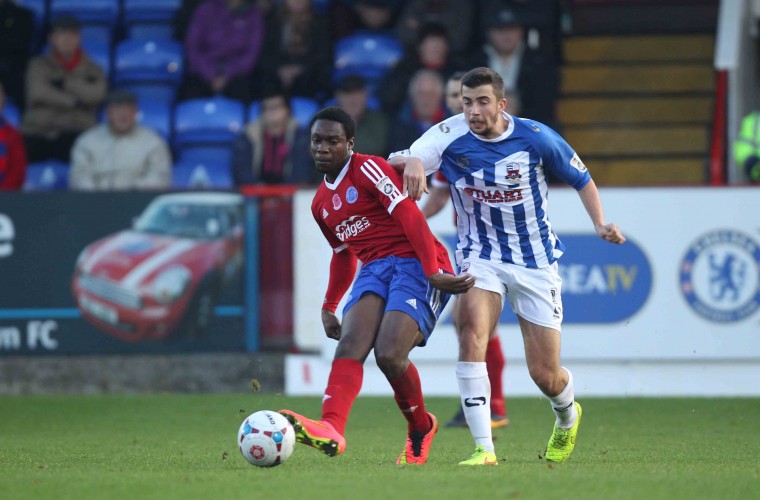 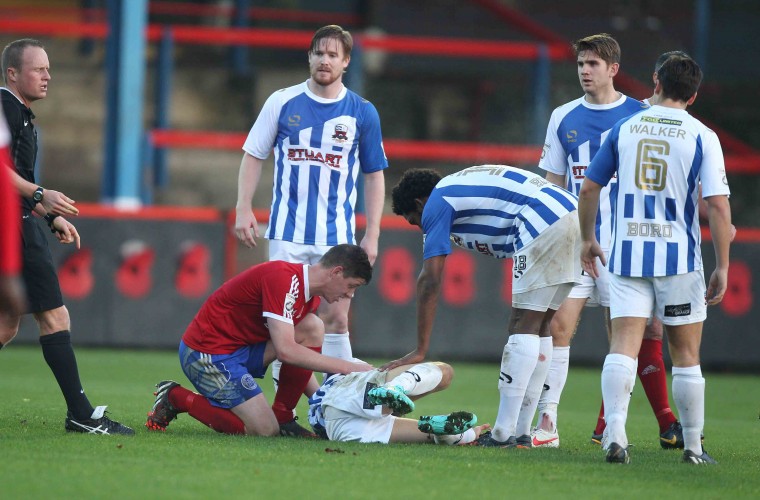 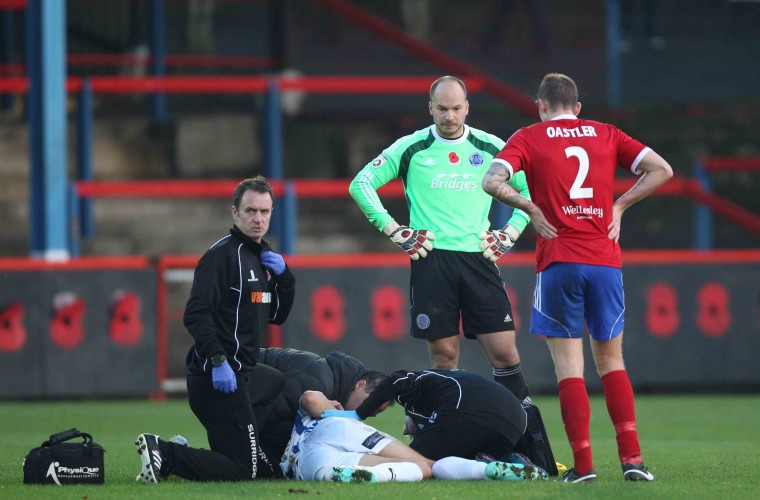 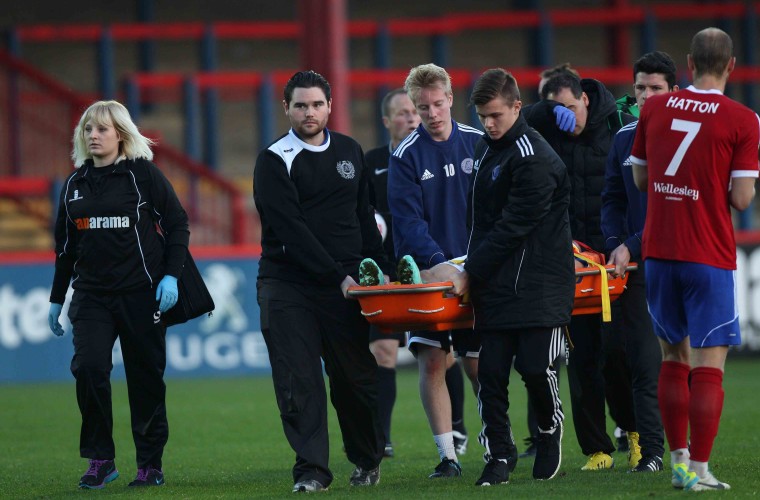 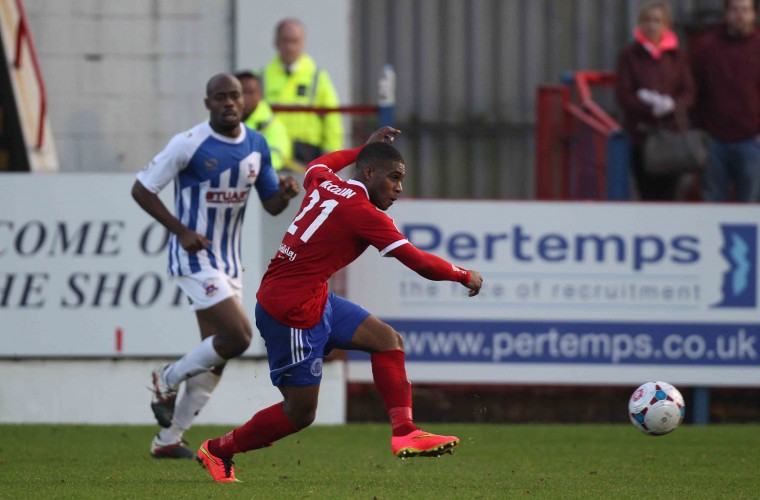 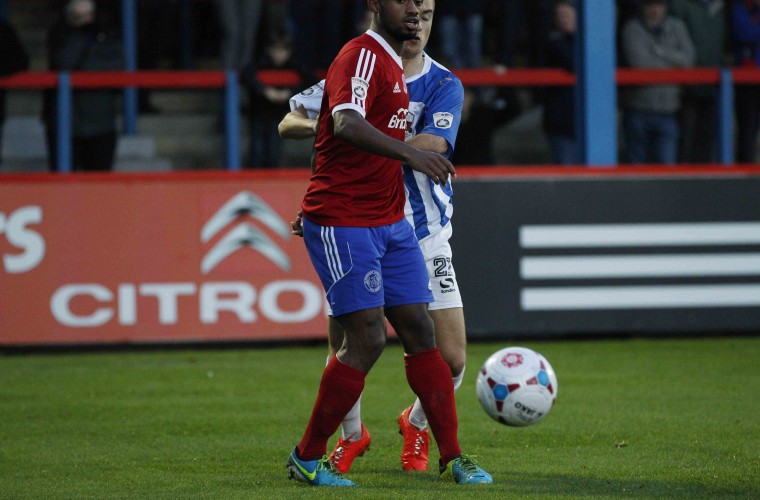 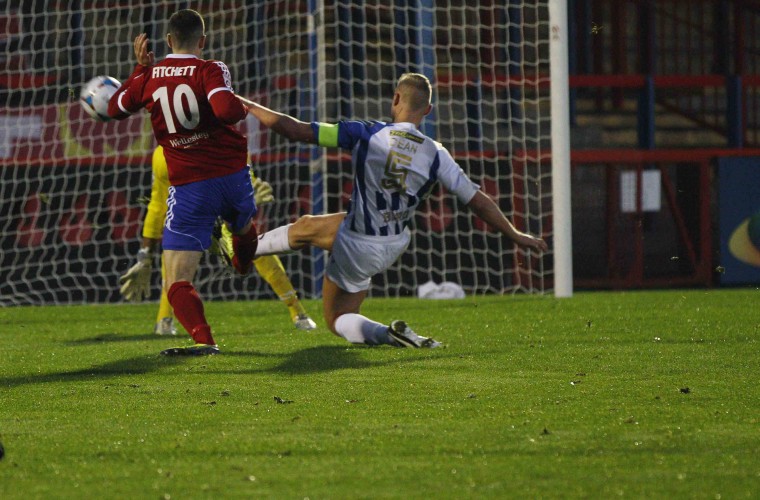 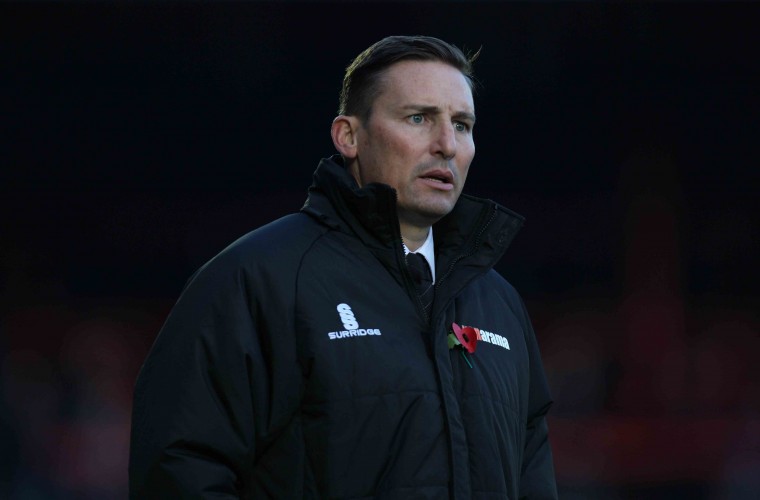 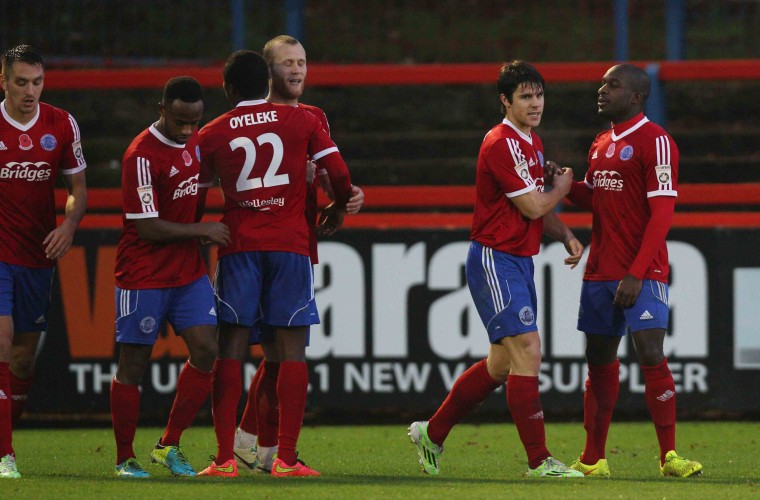 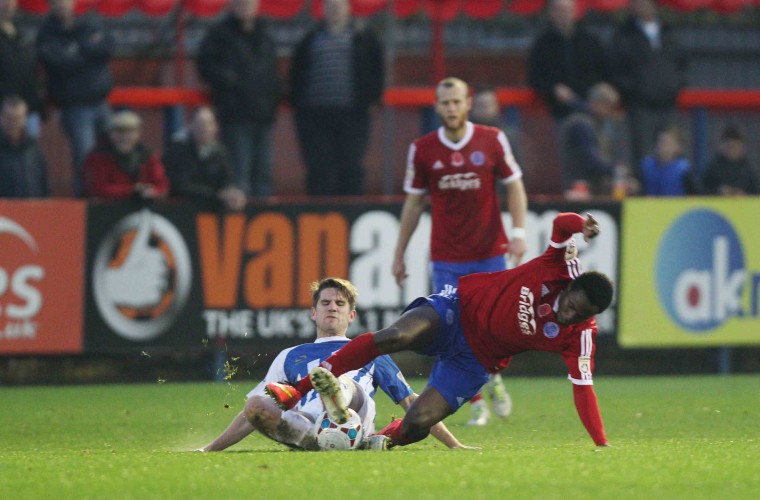 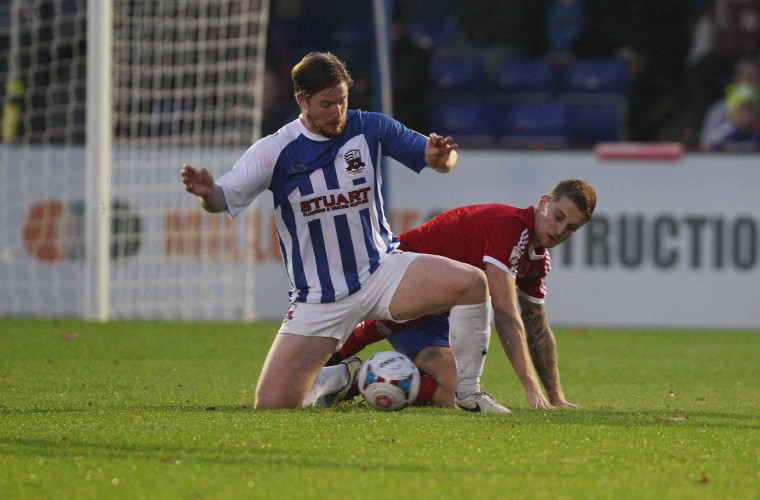 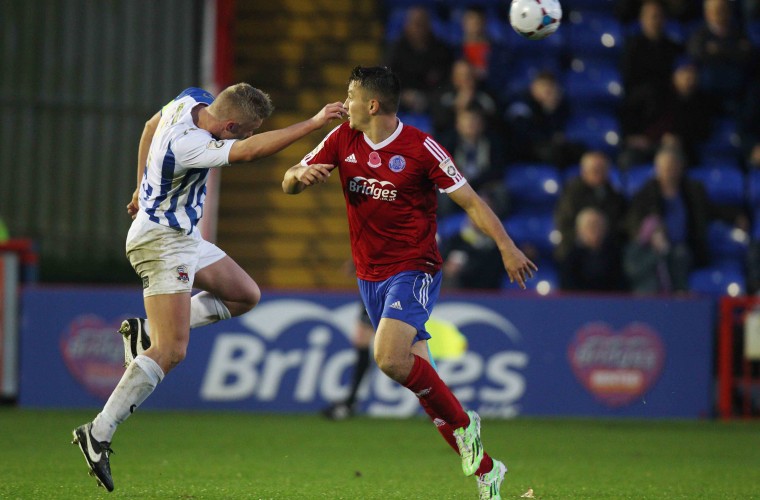 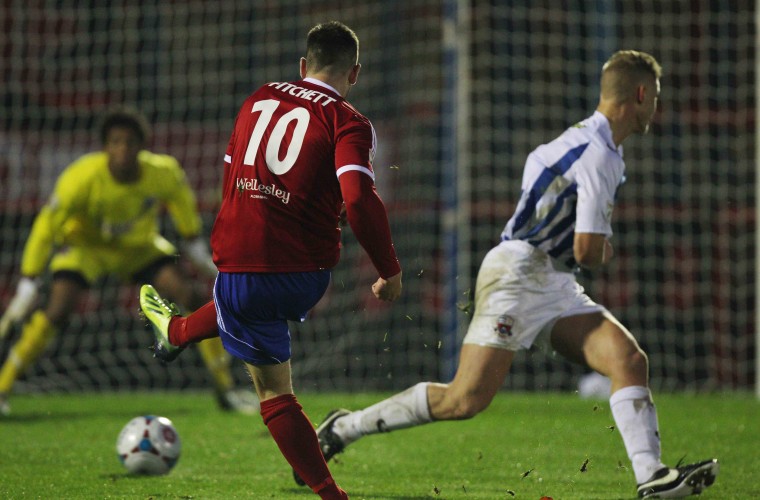 Holman broke Nuneaton Town’s stoic resistance on 53 minutes in a game of few chances which was further subdued by an injury to the visitors’ own on loan striker, Dane Griffiths, who was stretchered off in a neck brace. Fortunately, immediate hospital treatment revealed no serious damage.

Naby Diallo made his first start for The Shots, in place of Mark Molesley, as Andy Scott retained the 4-3-3 formation which performed so well at Kidderminster Harriers.

Holman was a constant menace and, after his 10th minute shot was blocked, Nuneaton managed to scramble clear the ensuing corner. Forbes angled drive was also deflected behind and, as the set-piece was hit deep, Wilson’s shot on the turn inspired futile appeals for handball.

For all of The Shots’ possession, Nuneaton still fashioned equally dangerous opportunities. After Ryan Smith’s shot was deflected over the bar, Phil Smith produced a superb diving save to tip away Cowan’s strong header.

Holman shot into the side-netting as Barker’s teasing cross skidded through the six-yard box, and then curled a shot towards the top corner which Hogarth-Wren did well to parry.

The first-half ended nine minutes late, as Griffiths received lengthy treatment following an aerial collision with Oastler, and both sides seemed content with the refuge of the dressing room. However, the second-half took just eight minutes to yield a moment of individual brilliance.

Hatton sparked pace into a patient Shots build-up by whipping over a cross from the right which Gaz Owen could only slice towards his own goal. Holman reacted quickest, ahead of Cowan, to head the loose ball into the net.

Respective substitutes, Dan Fitchett and Ben Starosta, injected further impetus into the game with their driving forward runs, and the former could have sealed victory with a shot which was deflected just past the post and, on 87 minutes, an off-balance header which looped wide.

Steadily rousing themselves, Nuneaton Town could easily have still snatched an injury-time equaliser, with The Shots surviving a bout of head tennis inside the box as Ryan Smith could only scramble the ball wide of goal. Hogarth-Wren threw his weight into one last attack, but the despairing shot over the bar from seven yards wouldn’t have counted anyway, and the offside flag signalled an end to Nuneaton’s hopes.

The Shots’ depleted squad, though, continue to grind out results with a performance full of spirit and resolve which will further boost confidence ahead of Wednesday’s FA Cup replay.