Richard Brodie scored his third goal for The Shots in just his second start, and Cheye Alexander scored a brilliant individual goal as Aldershot Town earned a first victory of the season. 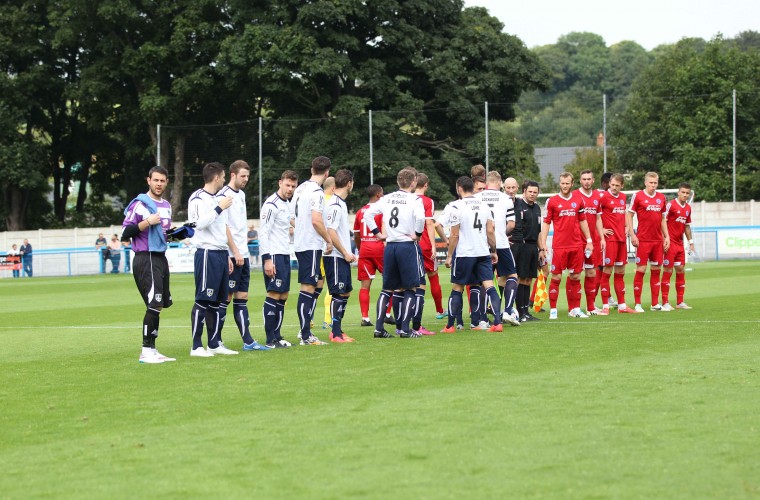 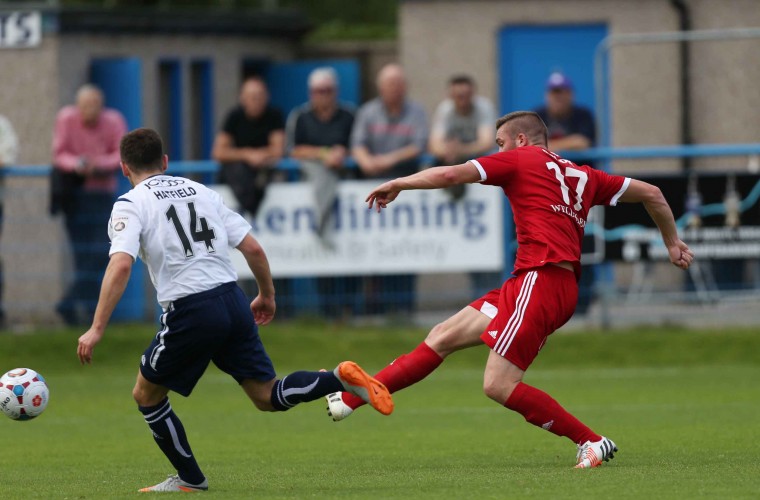 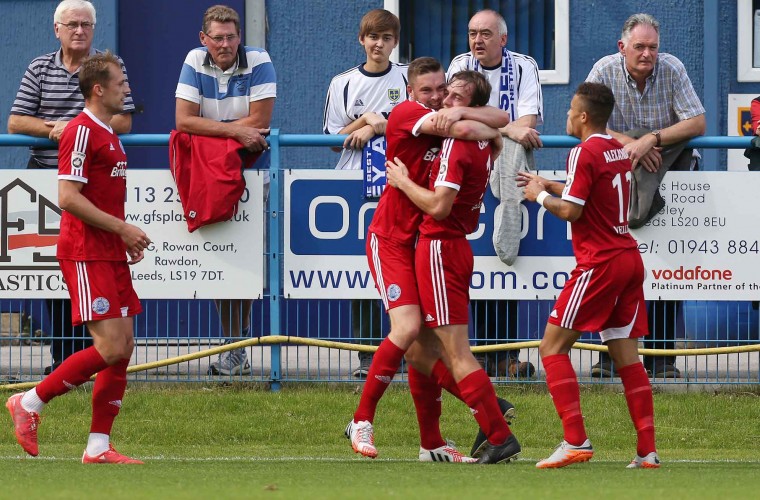 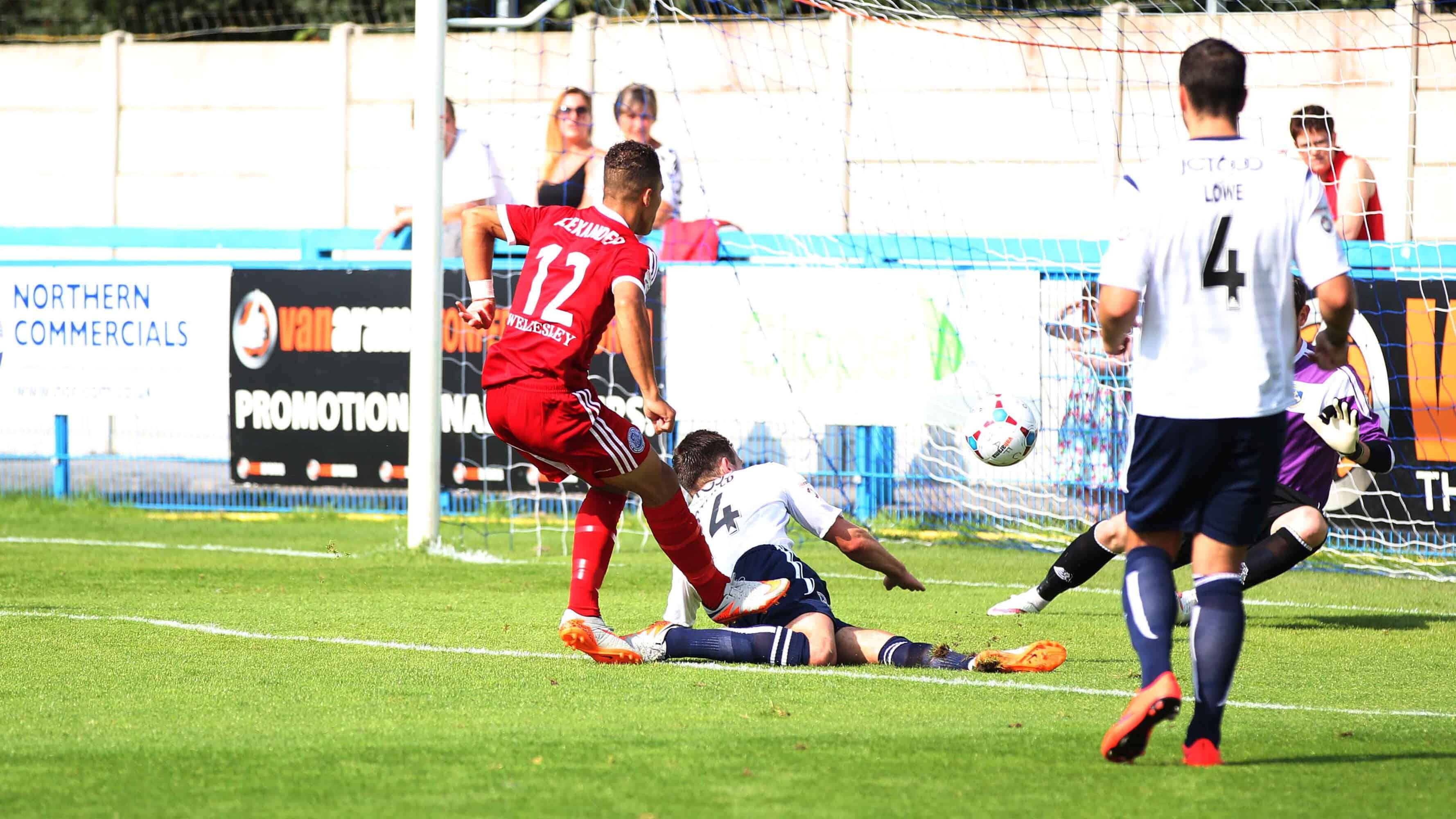 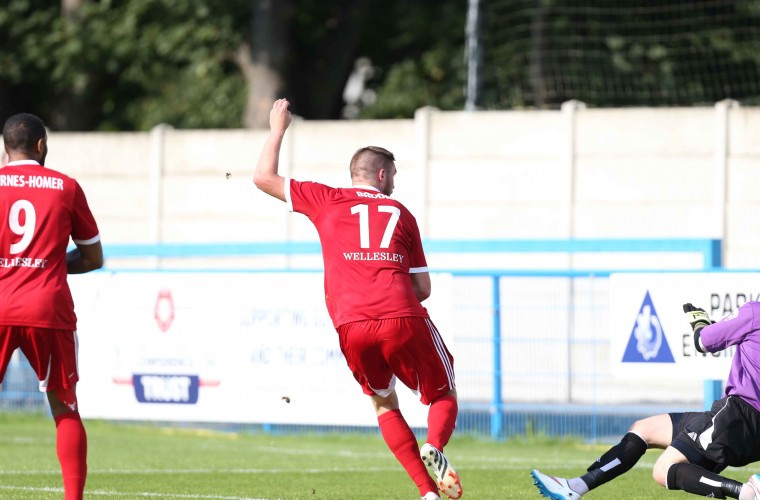 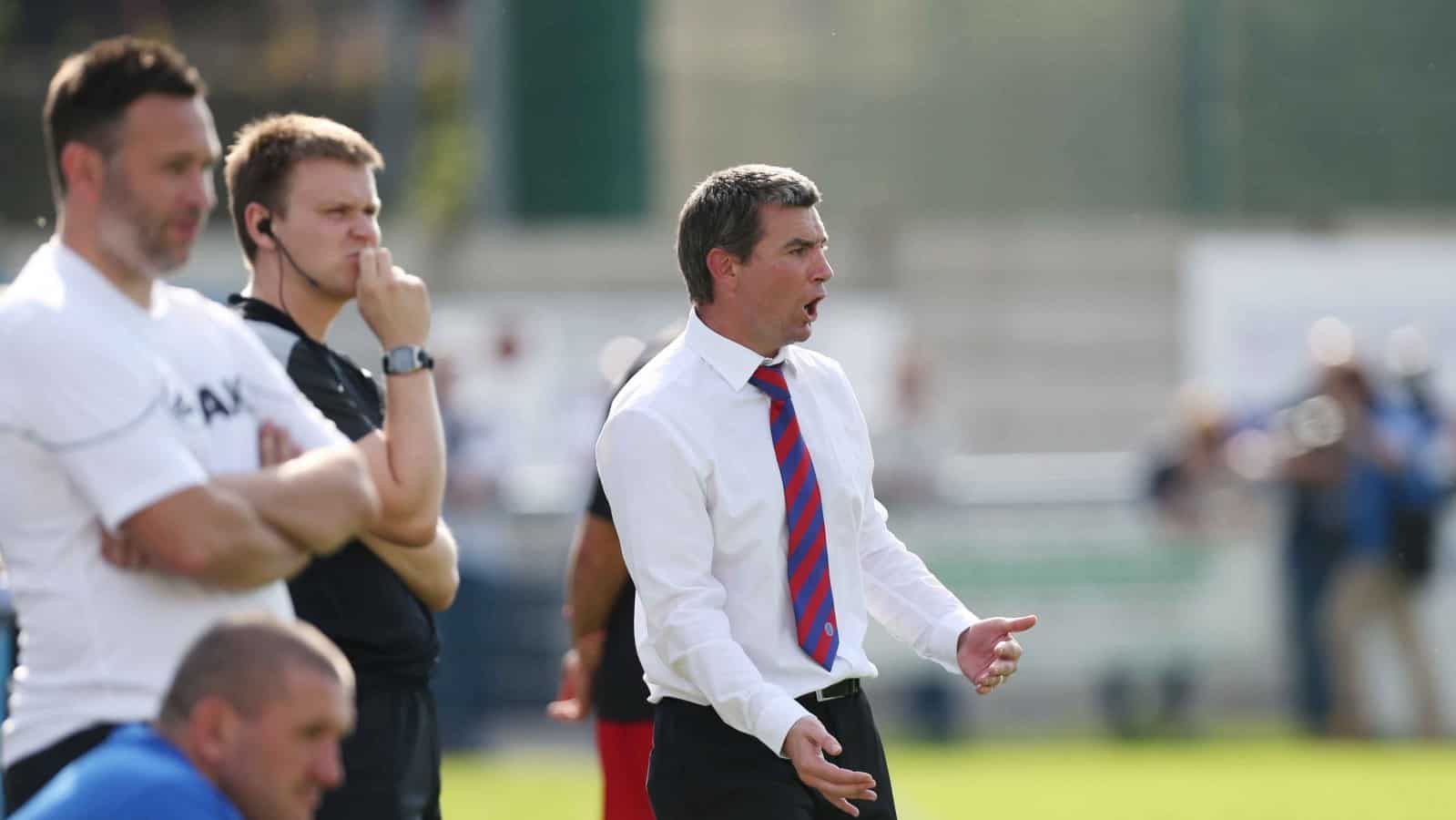 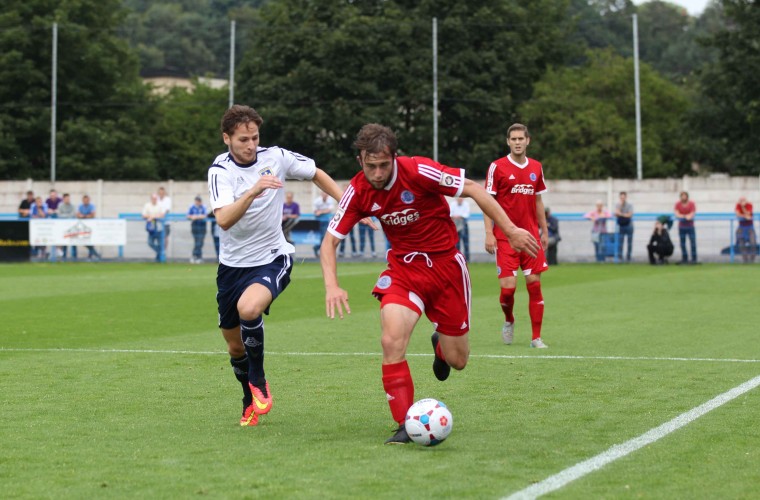 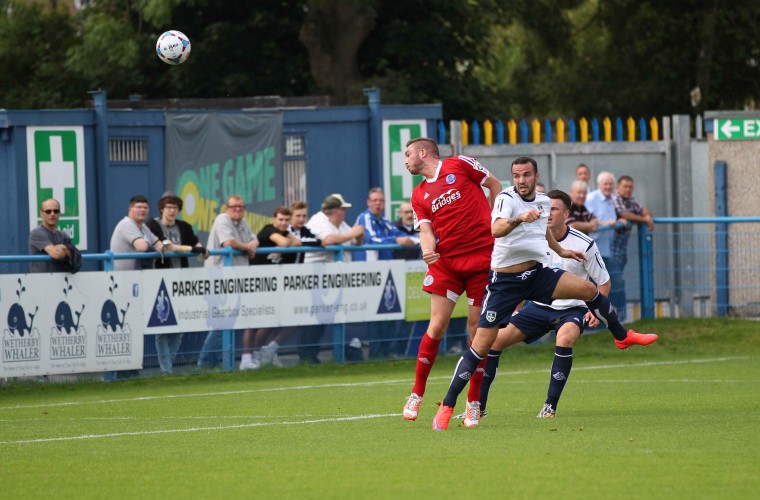 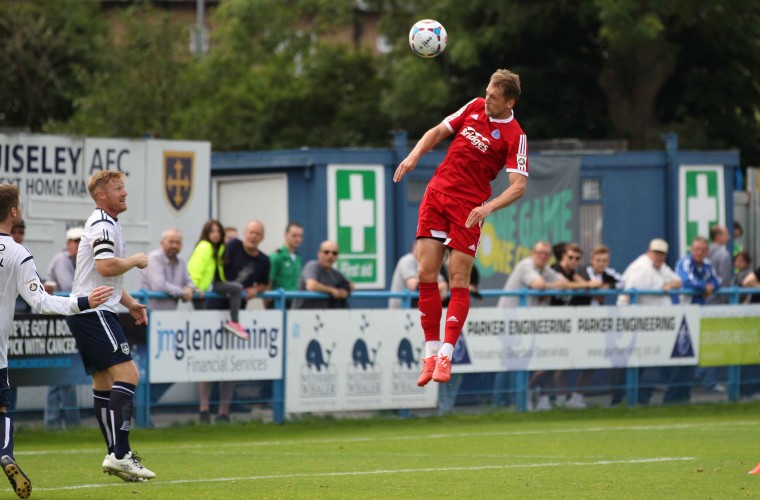 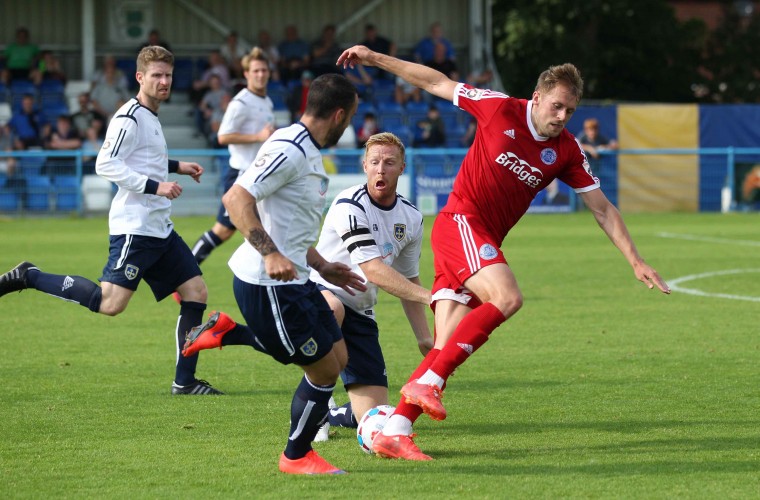 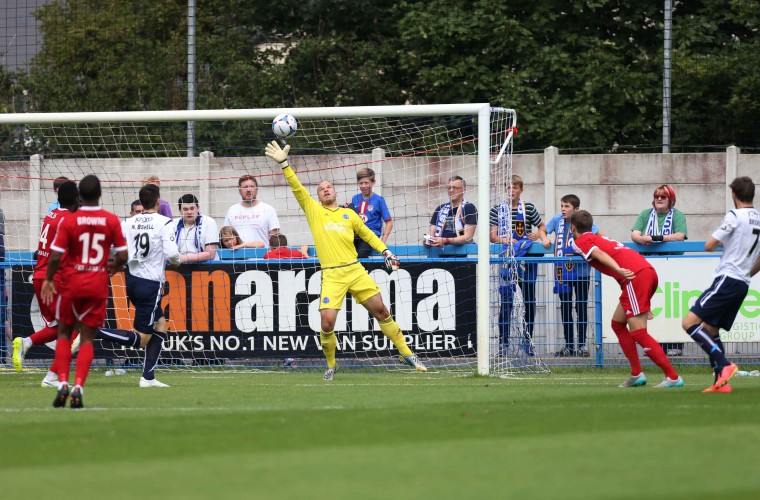 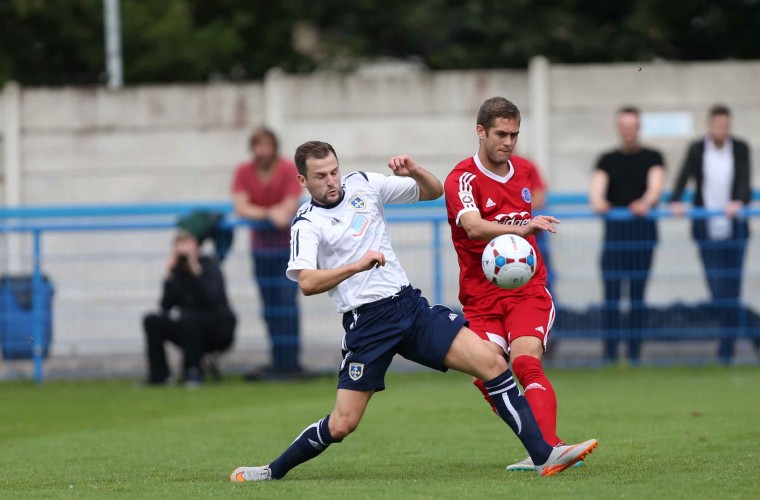 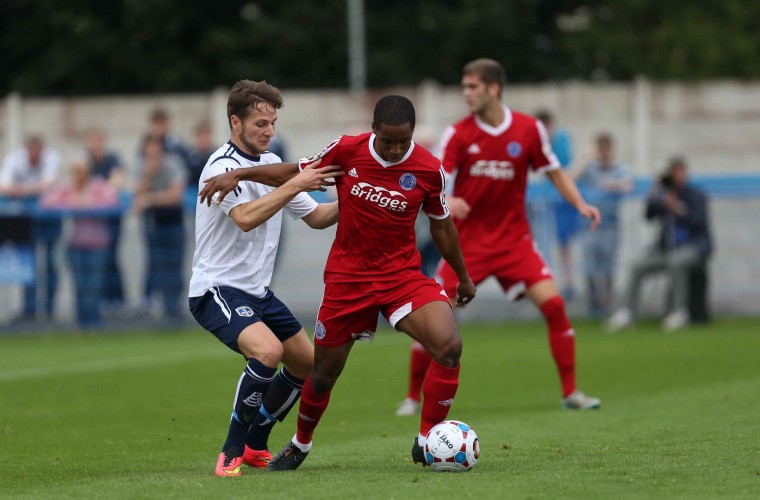 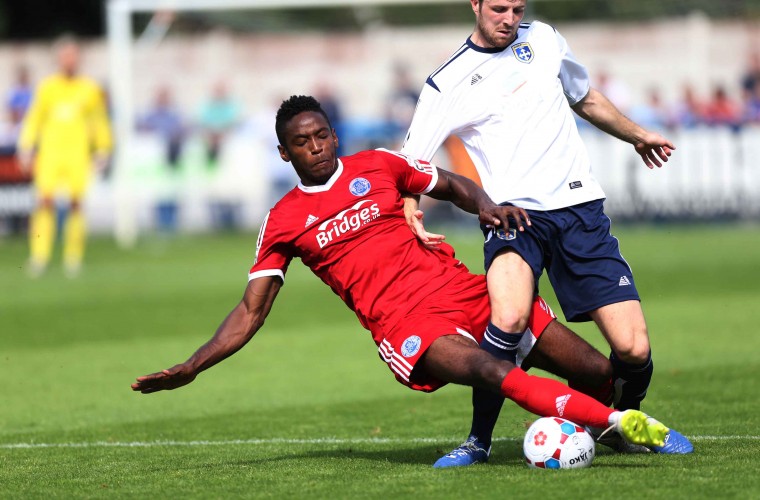 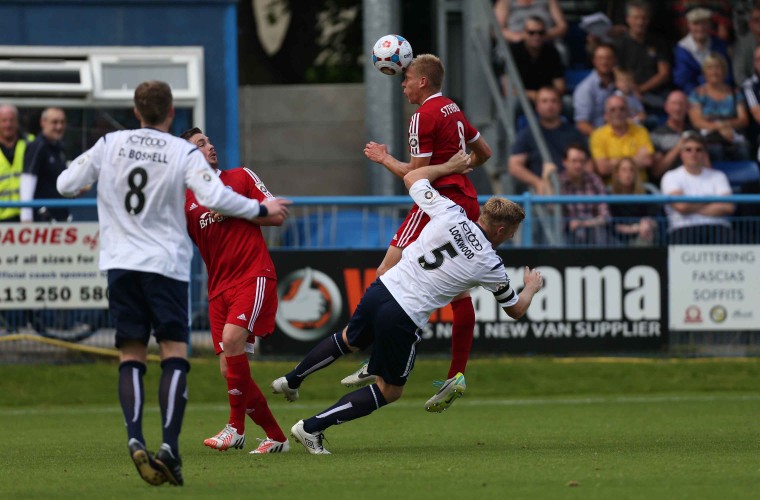 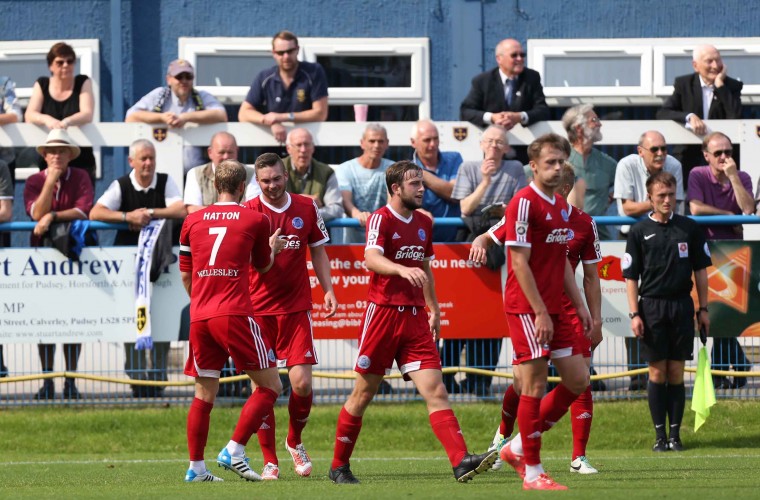 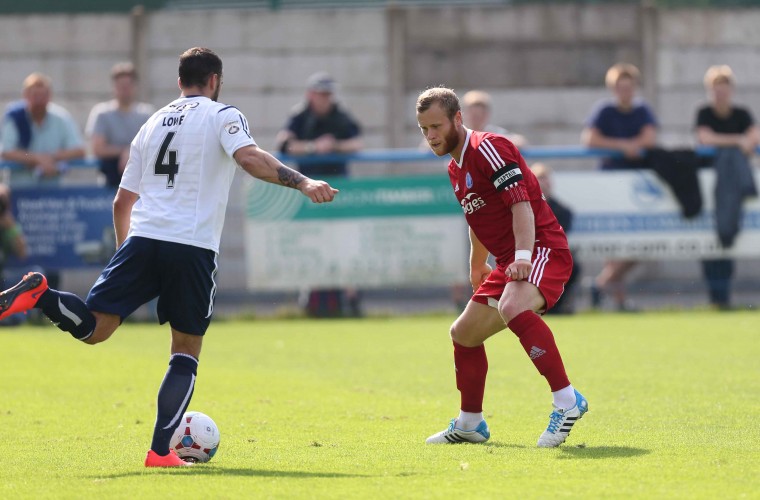 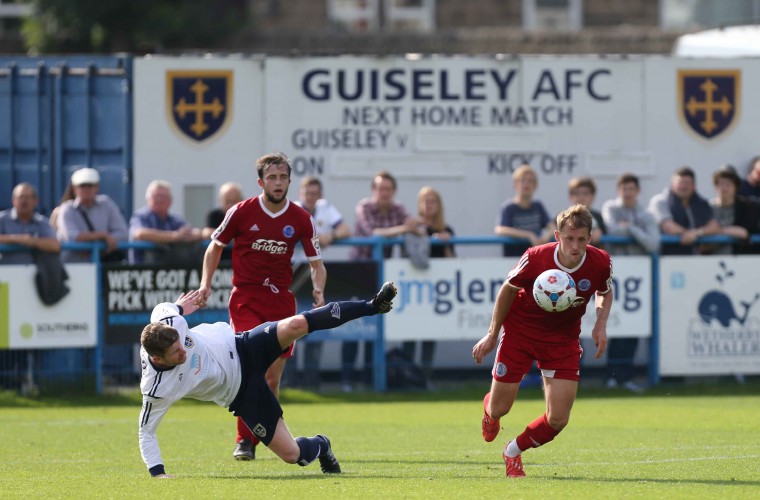 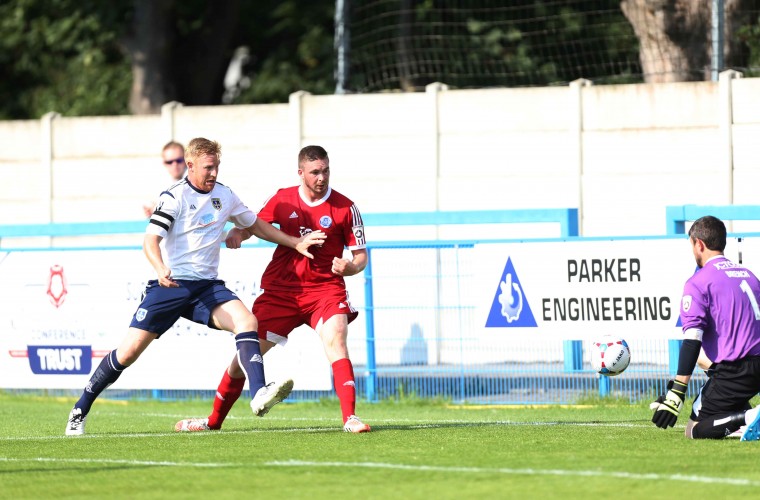 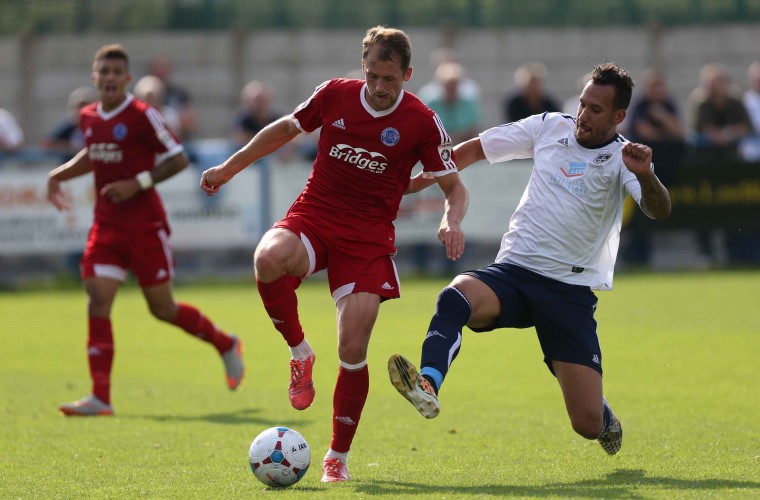 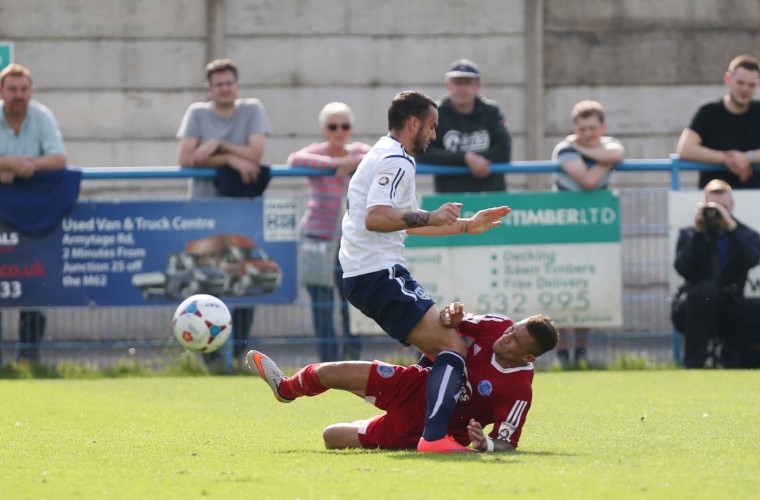 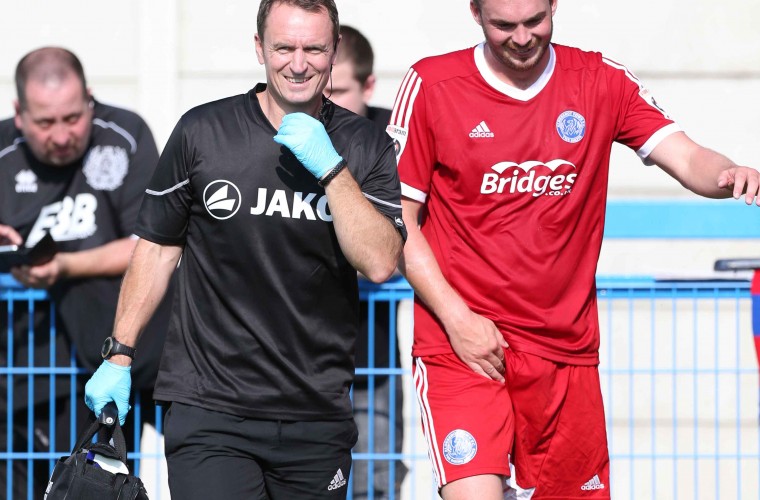 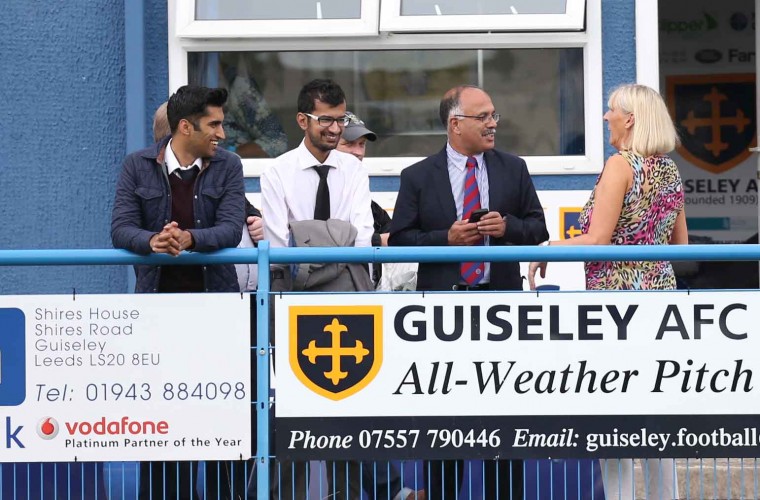 Two goals in each half suggested that the hosts offered little resistance, but Guiseley AFC – who had won their first two home games in the National League – enjoyed ample possession but lacked the cutting edge to capitalise.

Brooksby, Boyes and Craddock had early half-chances which failed to hit the target, and The Shots’ strike partnership of Brodie and Dan Walker – abetted by the lively Rhys Browne – always carried the greater threat. It was Brodie who put The Shots ahead on 22 minutes, competing for a strong header in midfield and then, as Hatton picked up the loose ball, running on to receive a pass from Stevenson and shoot across Drench from 15 yards.

Just 11 minutes later, Browne burst past his marker into the penalty area to hit a shot which Drench could only parry into the path of Stevenson, who slotted in the rebound.

Guiseley continued to press after the break, but on 49 minutes a neat interchange of passes inside the Guiseley half invited Alexander to break with purpose in the inside-right channel. Continuing into the box, Cheye stepped inside two defenders and beat the lunging challenge of another to calmly beat Drench from four yards.

Craddock finally mustered a shot on target for The Lions but Brodie remained the game’s most potent attacker. On 75 minutes his 25 yard shot was straight at Drench but – after Dickinson had driven a shot into the side-netting for Guiseley – the former Southport striker grabbed his second. Brodie’s lay off allowed Dan Walker to show good pace with a break down the right and his return pass saw Brodie skip a tackle on the six yard line and shoot past Drench.

The slight groin injury incurred as Brodie scored the fourth goal was the only matter of concern for Barry Smith on a fine afternoon for The Shots.