As Aldershot Town took the field for their first match under caretaker manager Chris Barker there was a sense of hope and expectation from the travelling supporters that a new regime might see a change in fortunes. Neither side had played a match for two weeks, the Shots indeed having not taken the field since the home defeat to Kidderminster Harriers, a break of 18 days. 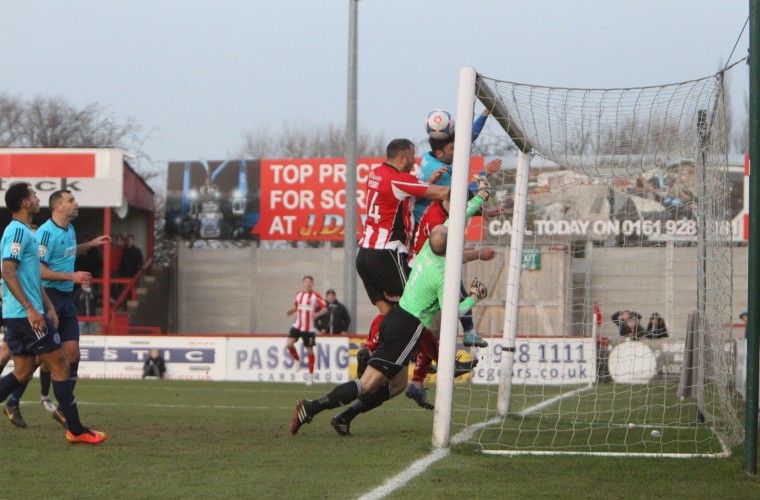 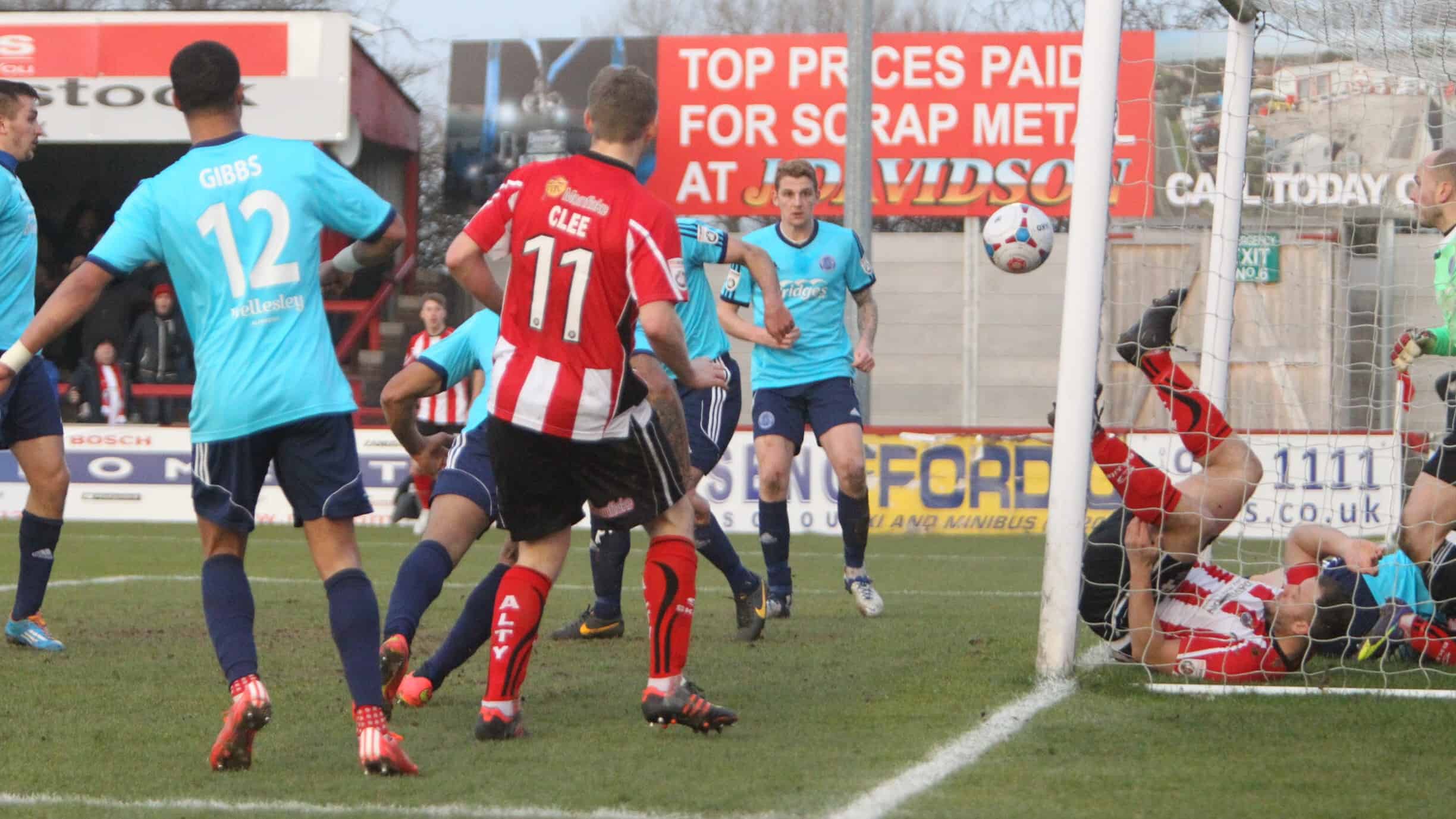 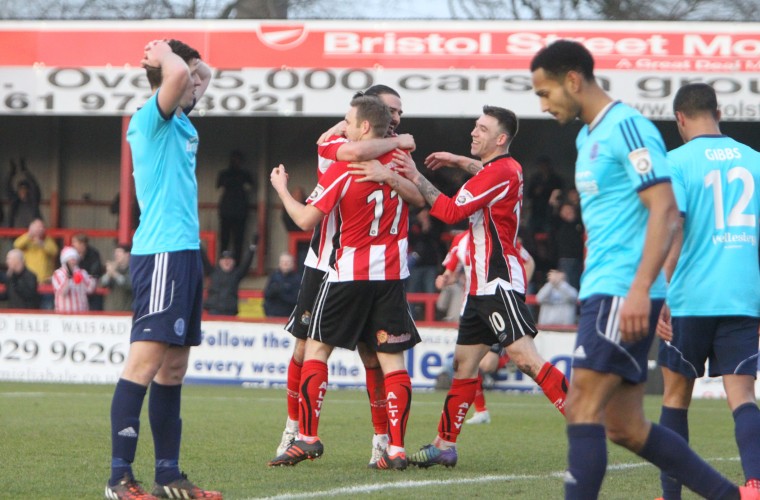 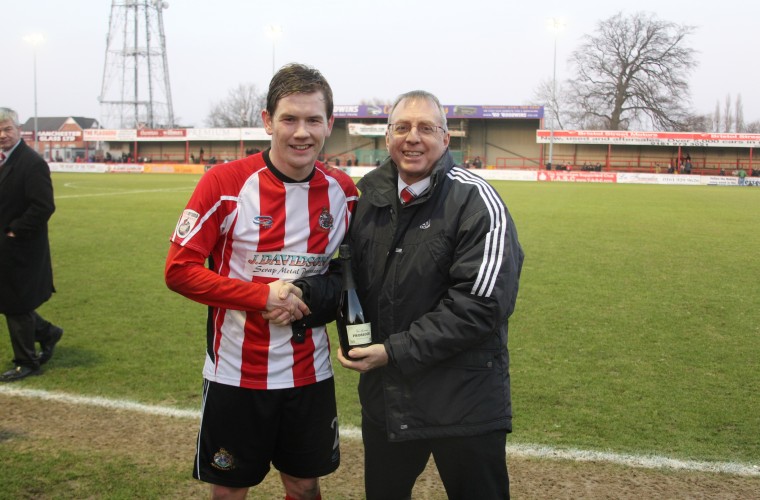 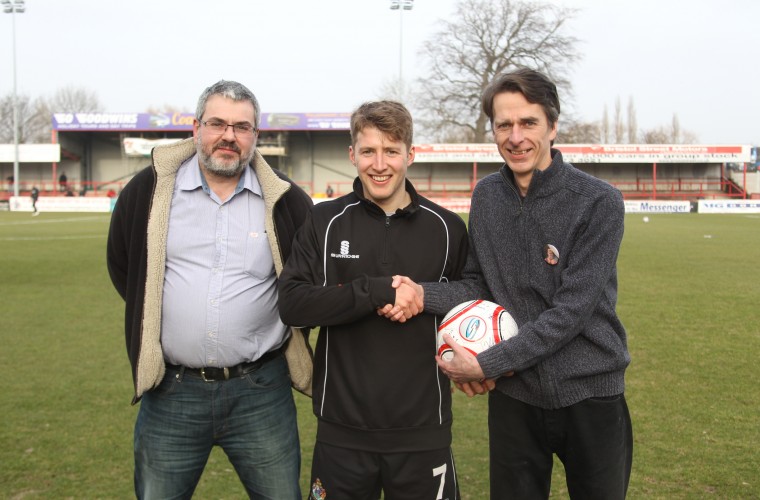 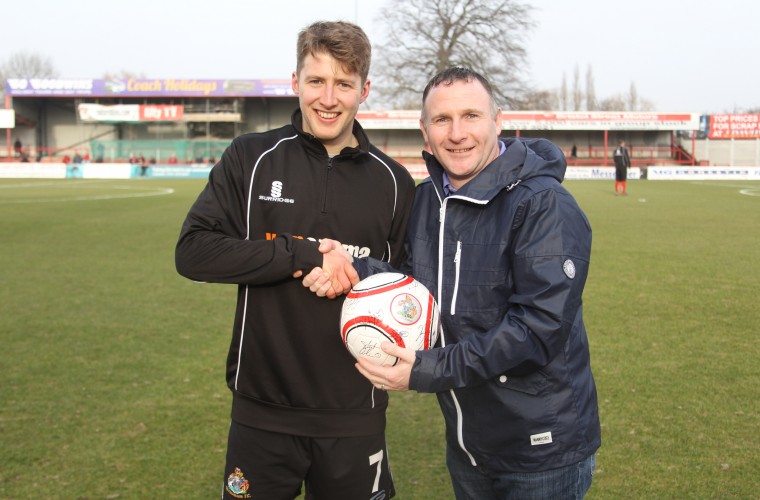 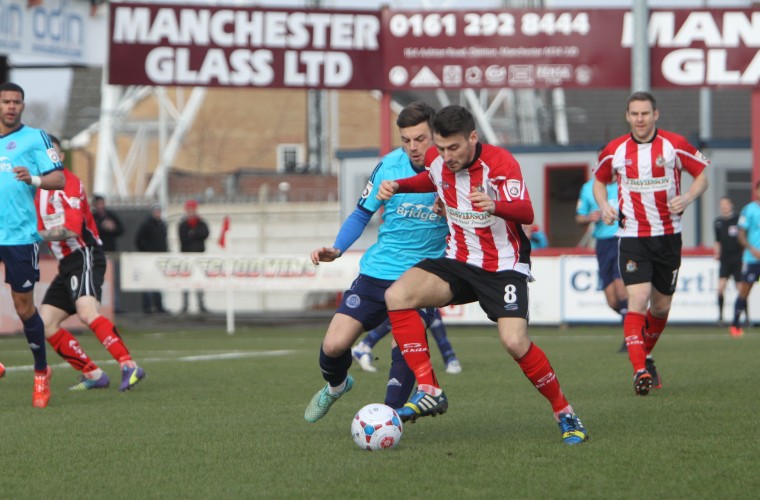 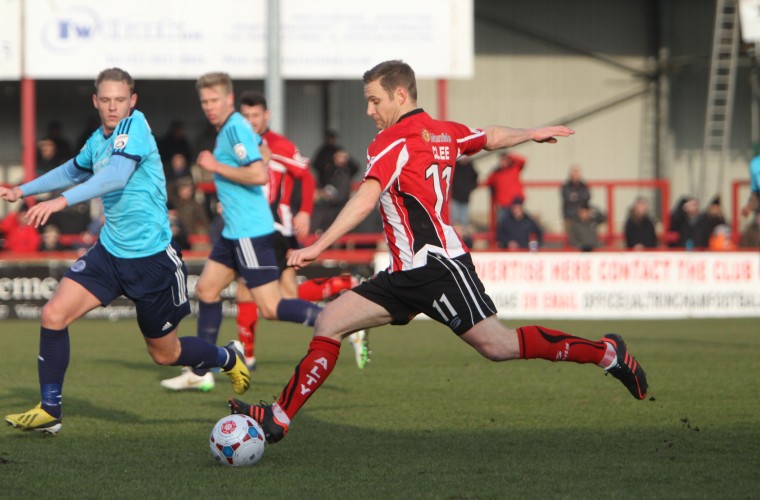 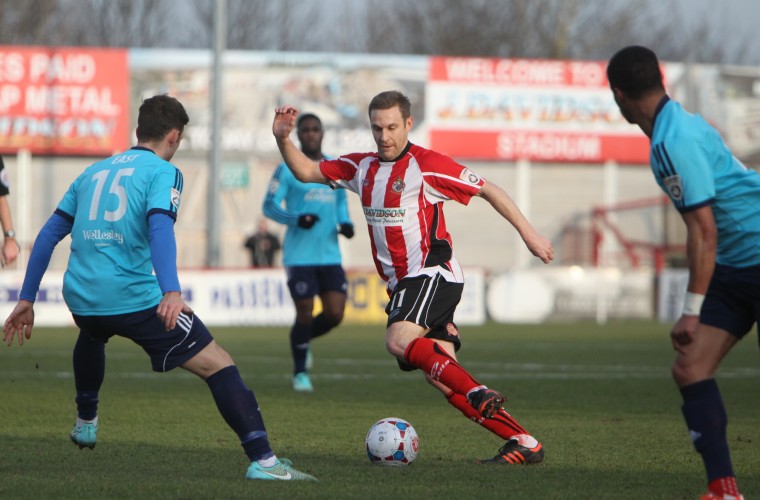 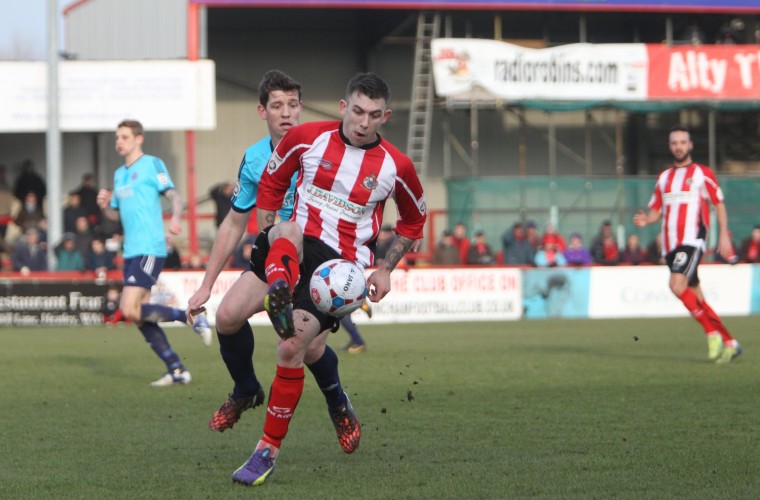 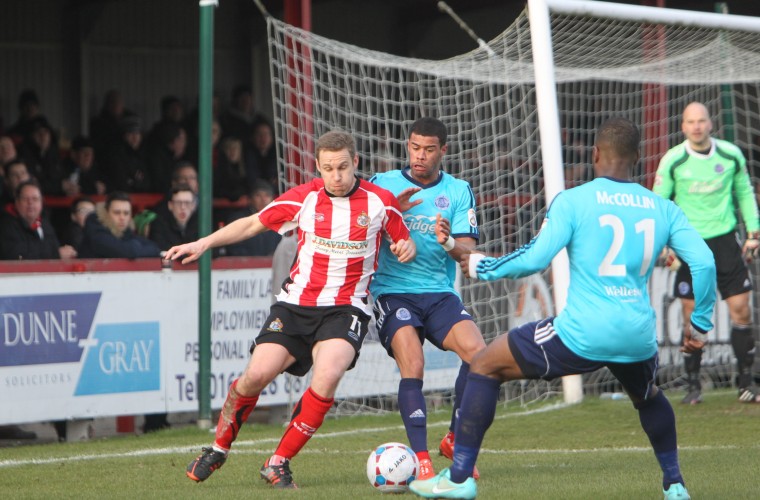 In the interim boss Barker had brought in teenage sensation Kabongo Tshimaga from MK Dons on a one-month loan deal who started on the bench for the Shots. Otherwise the starting line-up saw only once change from that fateful night for former boss Andy Scott, Ryan Jarvis dropping to the bench, Andre McCollin favoured to start up front for the Shots.

Indeed the Shots could hardly have made a better start, when a defensive error from Altrincham within seconds of kick-off saw McCollin through, only to blast over the bar, a huge let-off for the home side. They were quick to make up for their mistake though. Pressure was immediately applied by the Robins leading to a free-kick taken by Nicky Clee which whisked wide of Phil Smith’s upright. Further pressure was piled on the Shots with a series of corners taken by the home side, a further Clee shots going wide and then a header from that man again, this time saved by Smith.

The Shots were under the cosh but pleasingly, despite the pressure the defence held firm. The other end of the field seemed more problematic. On 25 minutes Jordan Roberts’ powerful shot rattled the Altrincham crossbar but on its rapid descent the ball bounced agonisingly the wrong side of the line and the match stayed goalless. A minute later Danny East cut in from the right but his shot was both high and wide.

Two minutes later and it looked as though the Shots had fallen behind. Fortunately for the red and blue Damian Reeves was adjudged to be offside. The play turned again in Shots’ favour when, after a cute ball from McColllin Roberts crossed the ball in- only for it to land on the roof of the net. East then got goalside of his man but put the ball just wide of the post. However, the two teams went in level at half-time with probably the Shots the slightly more relieved after their soaking up of pressure.

Indeed the visitors started much more brightly in the second half with the home side looking a touch subdued. A poor backpass from Altrincham saw Shots applying pressure with Stuart Coburn forced to clear over the stand. The Shots continued to press but the final ball into the box lacked composure. The 65th minute saw the first substitutions of the match with Altrincham making a double substitution, Kyle Perry for Ryan Crowther and James Lawrie for Sean Williams. The change appeared to add impetus to the home side and the pressure on the Shot’s goal began to build once more.

In the 73rd minute the Shots’ defence was finally breached. A series of corners saw Smith making a point-blank save only for the ball to fire into the net, initially thought to be scored by the Altrincham substitute James Lawrie but subsequently being marked down as an own goal by Shots caretaker manager Chris Barker.

It was to be the only goal of the match, the Shots spending the final 20 minutes of play seeking that elusive equaliser. Boss Barker made a triple substitution on 80 minutes bringing on Josh Scott, Ryan Jarvis and Shots’ debutant Tshimanga for Stevenson, Williams and McCollin and this nearly proved fruitful. Barker, moving to an advanced position on the left side of the pitch crossed the perfect ball to Josh Scott. His header was right on target but Coburn was equal to the number 11’s move and turned the ball away to safety. In time added on Aldershot Town had a free-kick thirty yards out and it was the home keeper denying the Shots once more, tipping over Jordan Roberts’ well-struck kick
The match ended with two corners from the Shots but the Altrincham defence stood firm and caretaker manager Chris Barker’s first match in charge ended in defeat. A tough afternoon for the caretaker manager, players and supporters in Greater Manchester.