In caretaker boss Chris Barker’s first home match in charge of Aldershot Town, he named an unchanged starting eleven to the one which saw defeat at Altrincham last weekend. There was a familiar face on the bench as Tristan Plummer made his return after being released less than a month ago.

There would be plenty of love on Valentine’s Day as The Shots finally got their first win in six matches. Jim Stevenson’s header was cancelled out by a stunning effort from Dominic Vose right on half-time as both teams went in at half-time all square. Ryan Jarvis was the man to get the winner, confidently stepping up to convert a penalty in the game’s dying minutes. 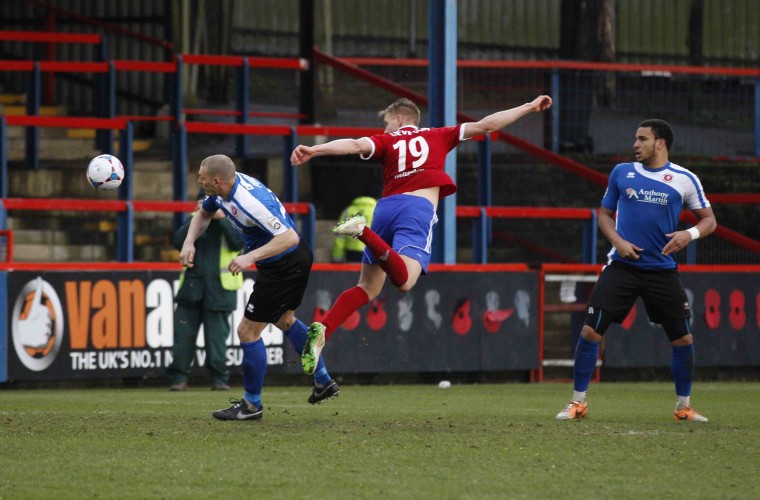 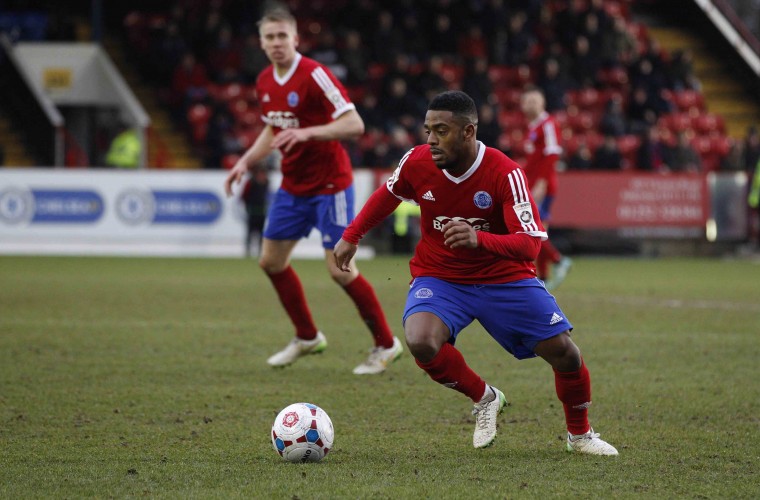 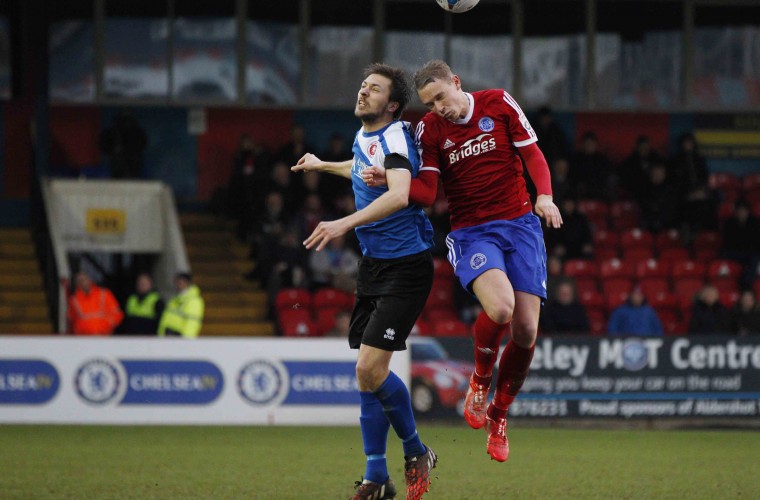 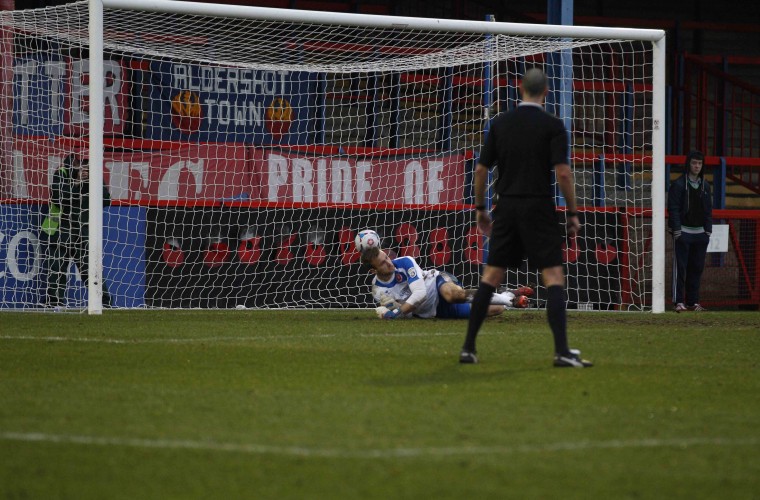 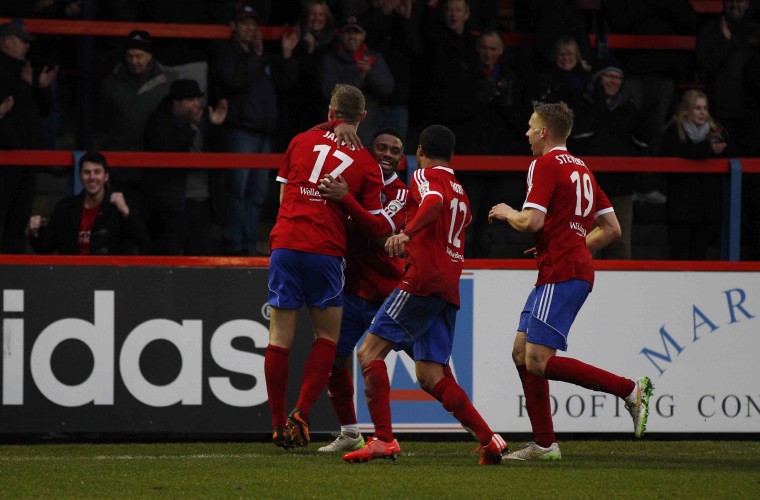 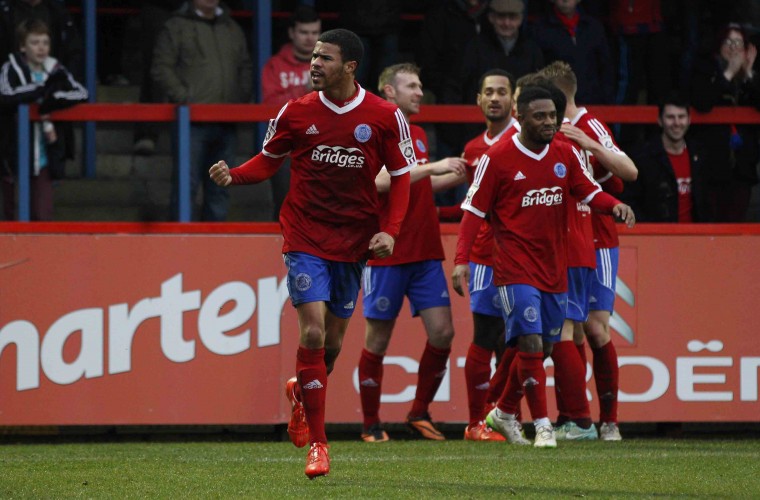 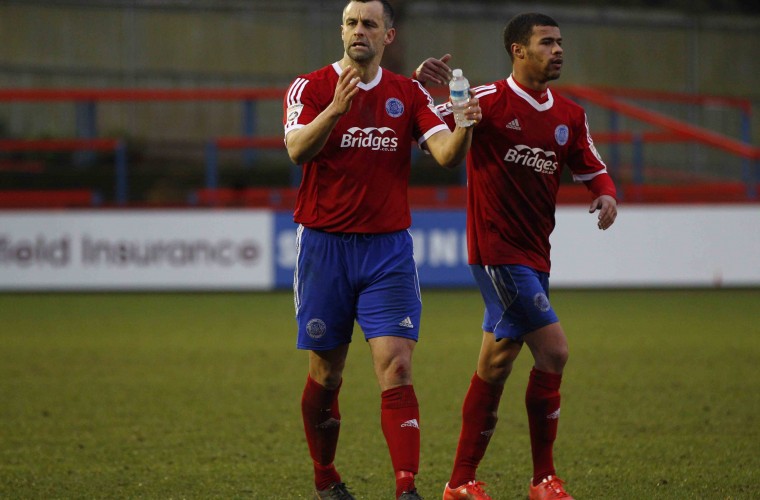 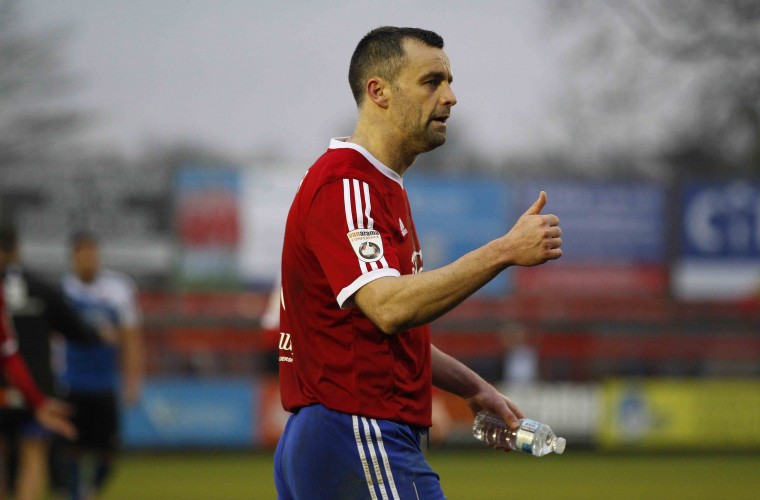 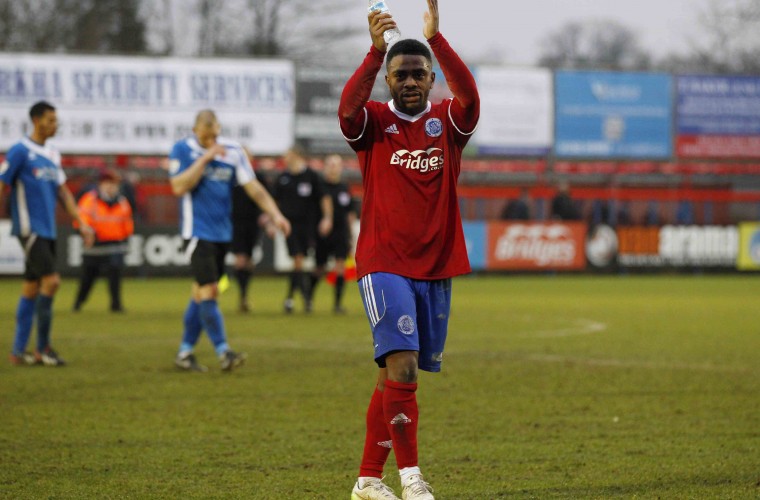 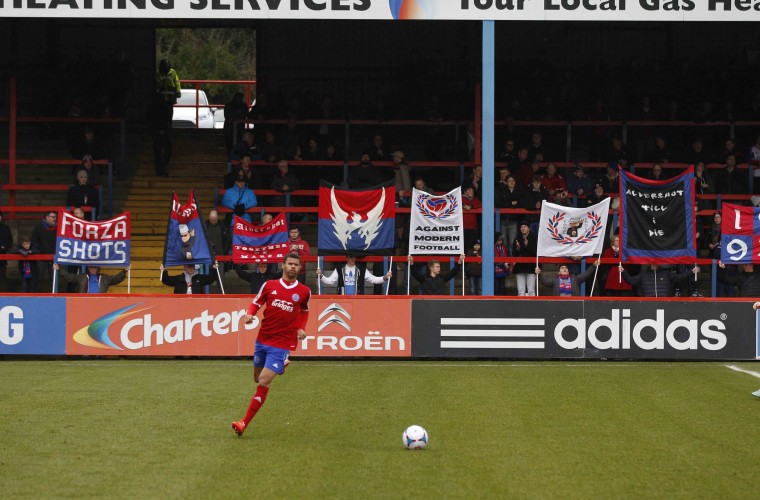 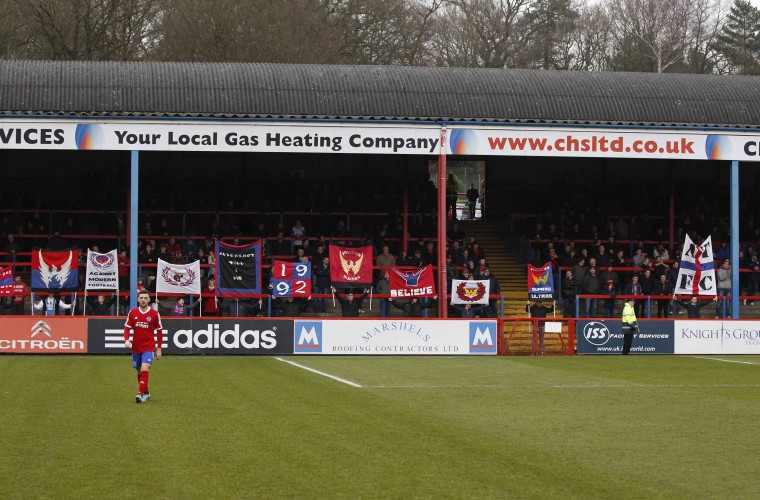 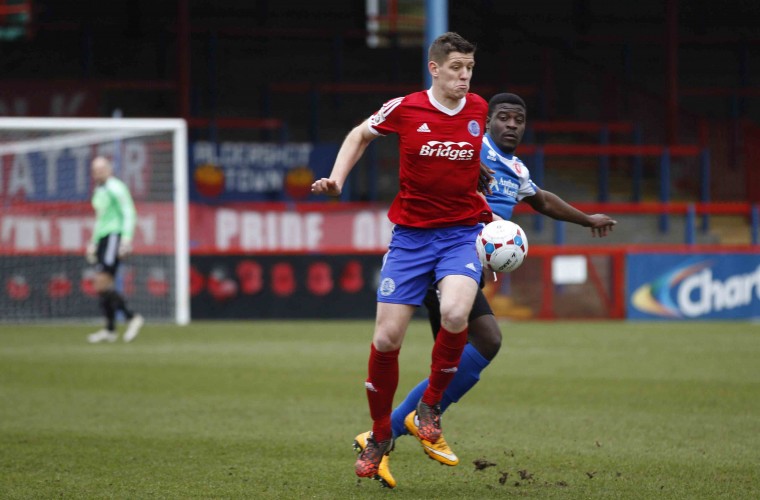 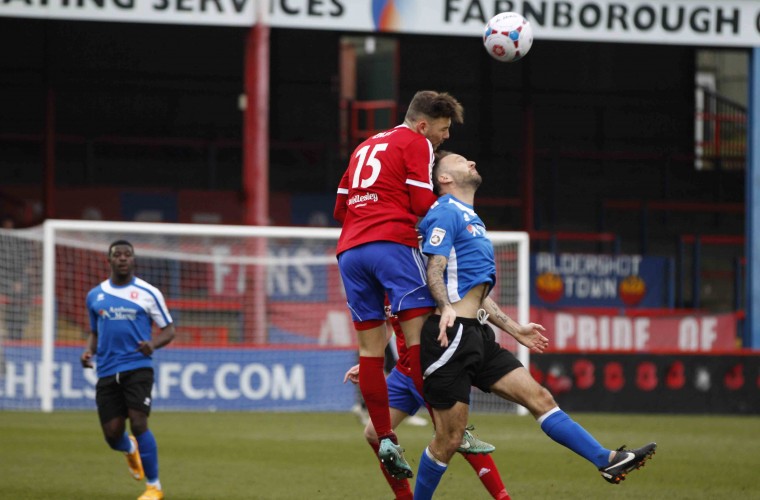 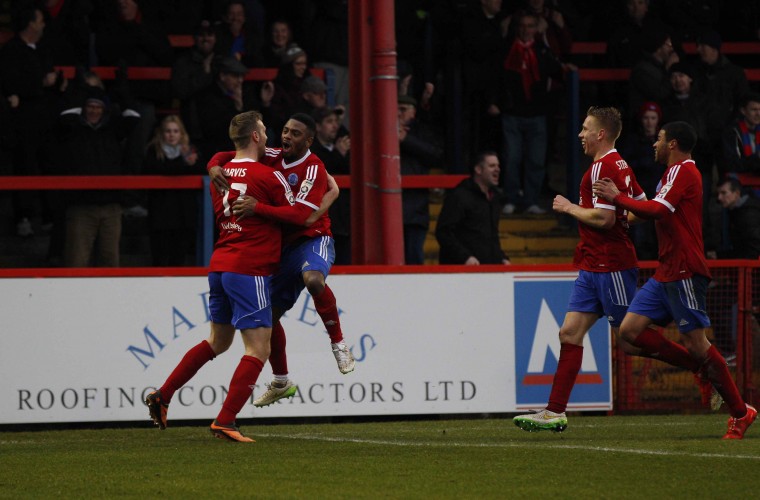 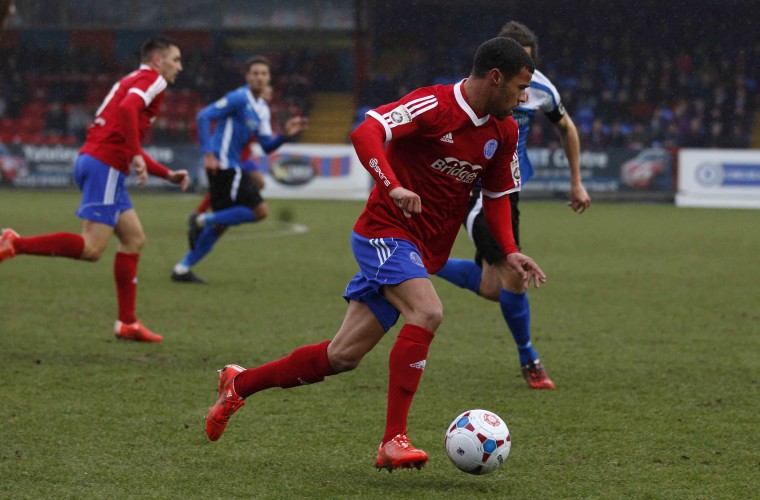 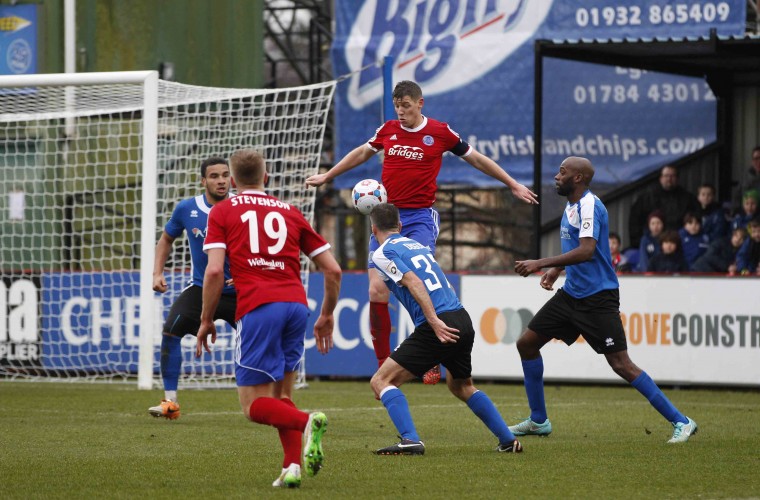 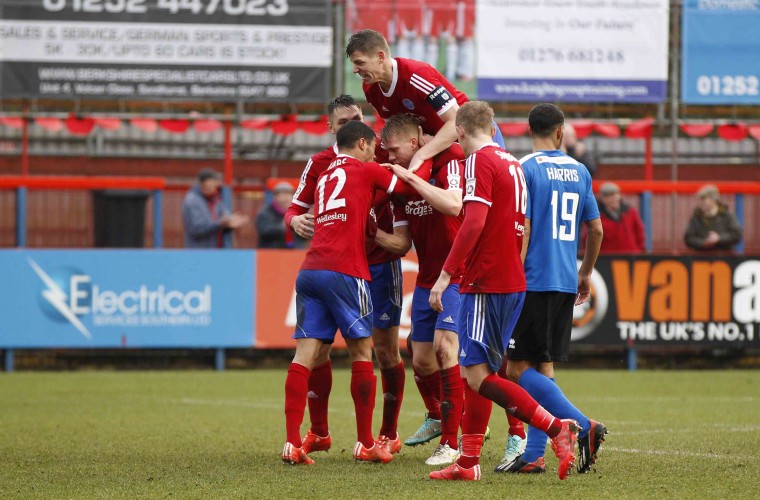 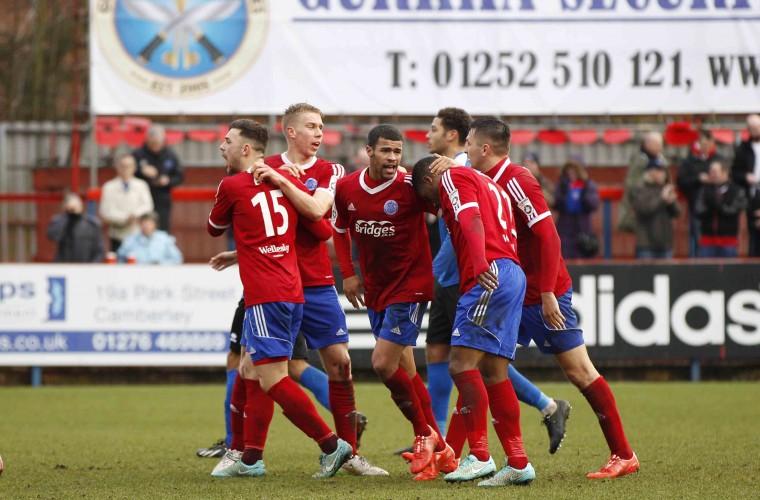 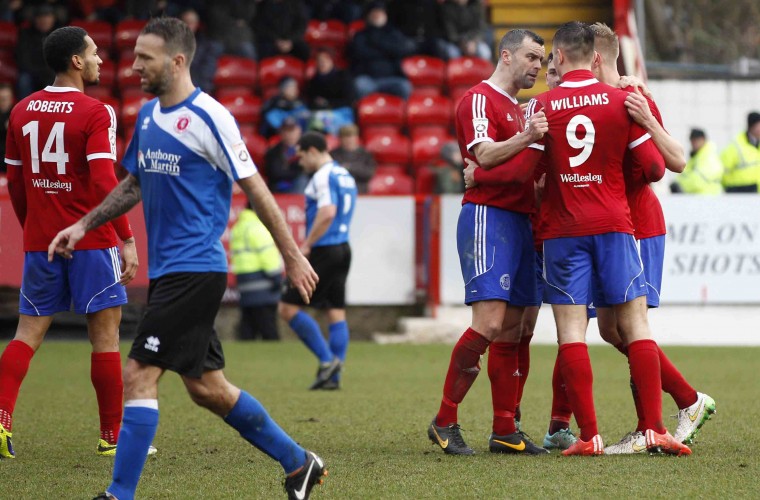 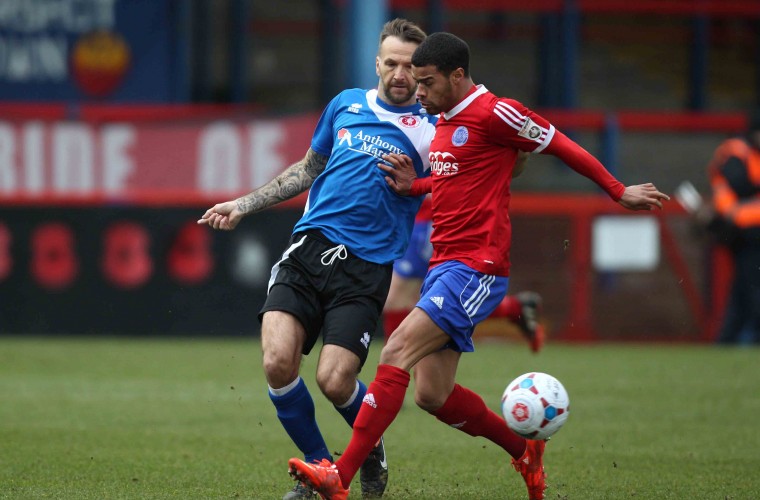 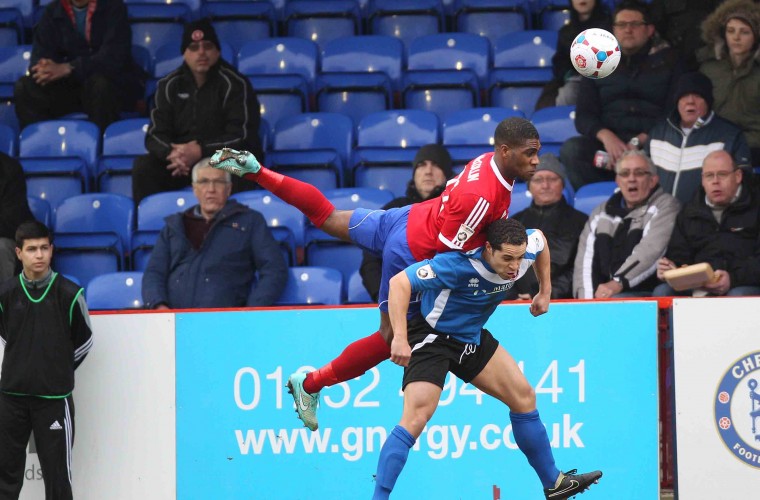 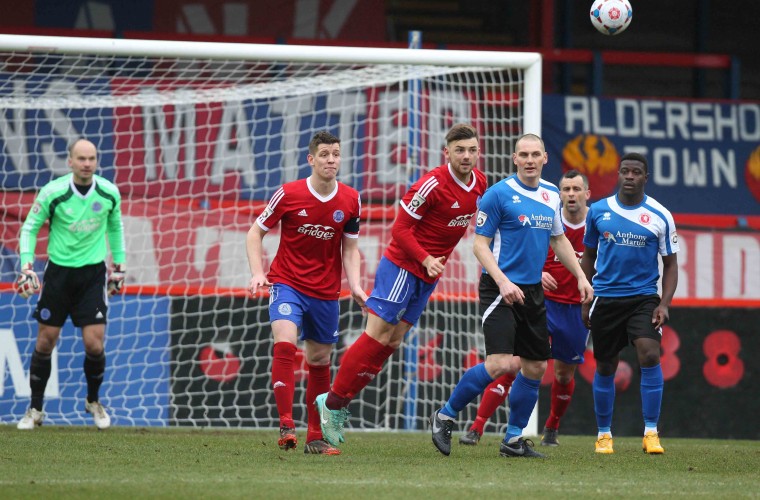 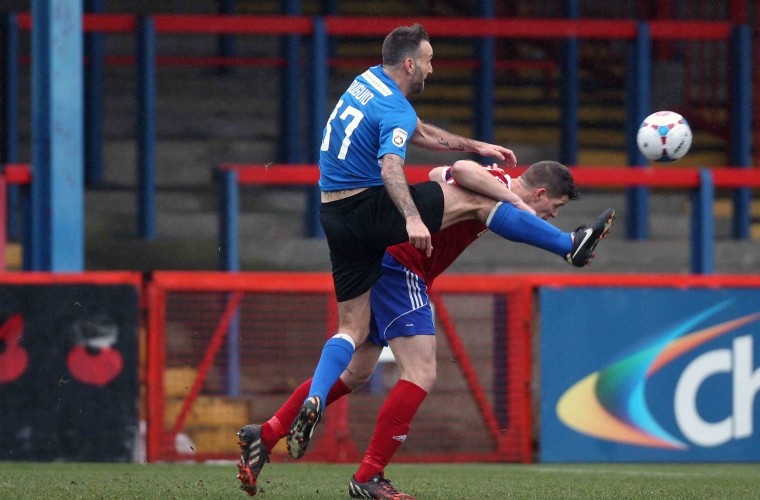 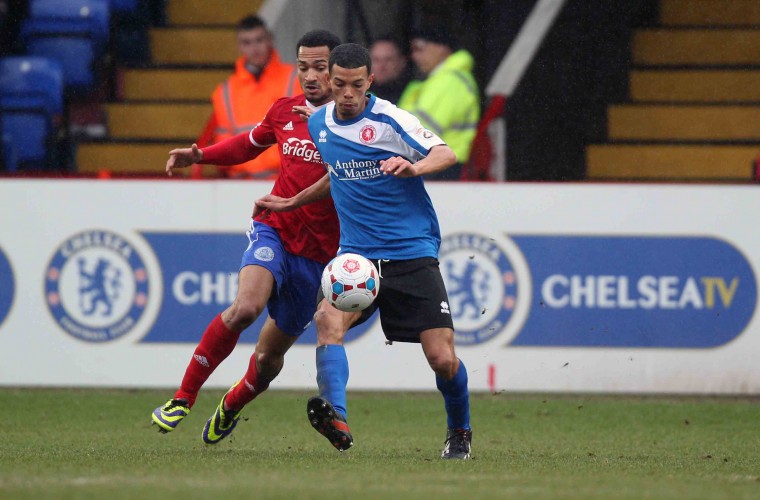 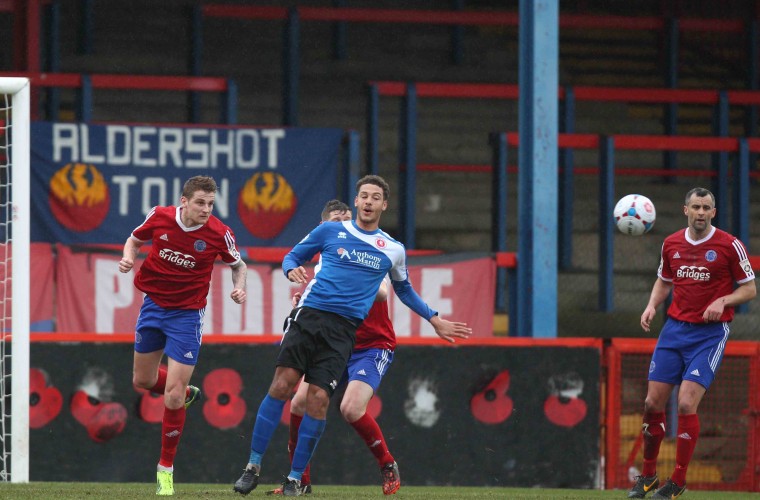 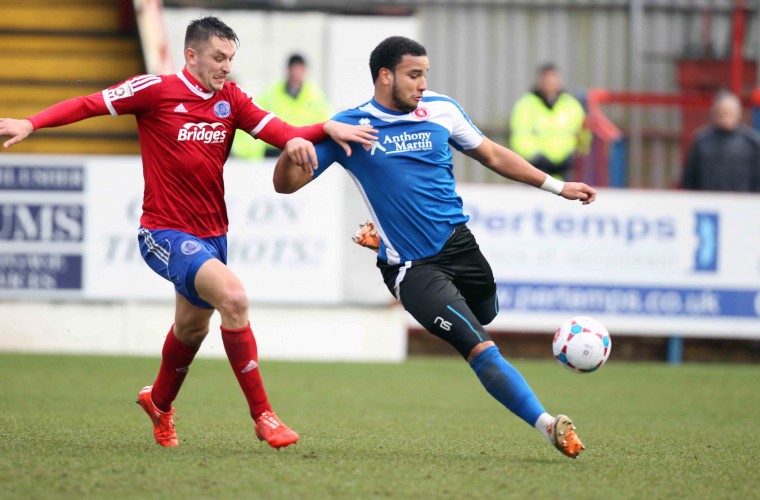 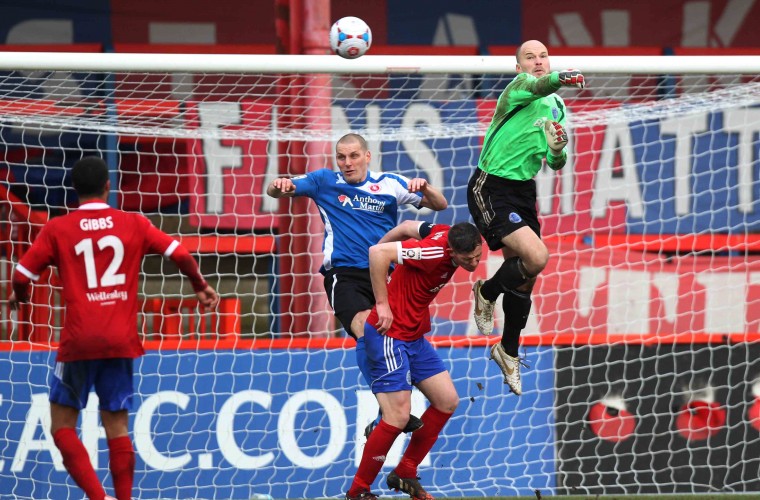 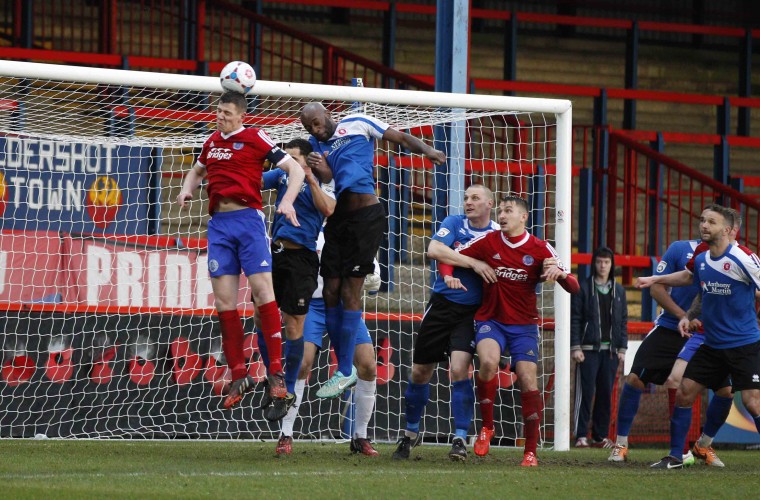 The opening fifteen minutes was very much in the hands of the visitors with the game’s best chances falling their way. Vose was first to test Shots stopper Phil Smith after a deft piece of footwork just outside the box, his effort was superbly parried away. Smith got up quick and rushed out to deny Reece Harris’ follow-up attempt. The excellent double save almost certainly keeping the Shots level.

Smith was again called into action shortly later, this time it was Harris who tried his luck from range. The effort was low and powerful but the Shots goalkeeper was equal to it. Jamal Fyfield was caught in possession by Danny East, who launched a scathing counter-attack. He squared it to Jordan Roberts who was galloping down the left flank. Then neat link-up play between Roberts and Andre McCollin saw the latter cross for Jaydon Gibbs who managed to head back into the penalty area. The ball eventually fell to Stevenson on the edge of the box who sliced his effort wide.

An error from centre back Joe Oastler nearly let Jason Williams in on goal but Glenn Wilson was quick to track back and block the striker’s shot. Oastler was then fouled trying to deny another attempt, he was fine to continue. Welling wideman Harris stung the hands of Smith as he managed to get another powerful shot away.

With five minutes of the half remaining, The Shots took the lead from a set-piece. An inswinging corner from Roberts bobbled about inside the area before reaching Stevenson, who managed to find the bottom left corner with a looping header as it soared past the outstretched Jonathan Henly. Brett Williams was the first player to go into the referee’s book after a cynical tackle on Fyfield, who would have been clear but for the challenge.

It didn’t take long for the visitors to respond. Vose was allowed time and space to cut in and unleash a phenomenal effort which left Smith watching as the ball cannoned in off the underside of the crossbar. A killer blow for Barker and his team right on half-time. That would be the final play of the first half.

With both sides emerging for the second half, the home side made one change to the team. The injured Oastler was replaced by Tristan Plummer, it meant Roberts moved into left-back and Barker slid into centre back.

There was an early chance for The Shots to take the lead. Williams latched onto the loose ball before running it at the Welling back four, with plenty of options around him, he powered a shot well over the crossbar. Plummer’s introduction certainly gave Barker’s side that cutting edge upfront, the winger beat his man before cutting inside and teeing up Stevenson for a shot on the edge of the area. His rasping drive caused Henly to parry wide but Williams couldn’t make the follow-up.

On the hour mark, Aldershot nearly went behind to another wonder strike. Karl Duguid drilled an effort against the upright having been allowed space to shoot. Smith was all but beaten as the ball smashed against the crossbar and rolled out for a throw-in.

Ten minutes later and the first change was made, Ryan Jarvis was introduced to cheers as Williams made way. Stevenson showed great power and strength to break through the midfield, after beating off one challenge he was taken down by a second, although the referee saw no wrongdoing. A poor back pass was nearly made embarrassing as McCollin chased down the ball, the Welling keeper was alert to punt the ball away.

McCollin was replaced by Kabongo Tshimanga for his home debut on the seventy-sixth minute. He was immediately involved, causing Darren Purse some trouble with his pace. Successive East corners ensued with the first falling straight into the palms of Henly. The second corner caused a scramble inside the box, Jarvis’ header fell to the feet of Stevenson who reacted quickly but his audacious strike was deflected for another corner. This time Welling were able to clear.

The Shots were desperately trying to find the match winner, though, their attempts to get forward were repeatedly halted by astute defending. But in the final minute of normal time, their defence was finally broken. After neat build up play, Gibbs had the ball at his feet just inside the area before he was clumsily tripped by Chris Bush. Without hesitation, the referee pointed to the spot. In the absence of usual penalty taker Williams, Jarvis stepped up and finished with aplomb to give caretaker boss Chris Barker his first victory in charge.