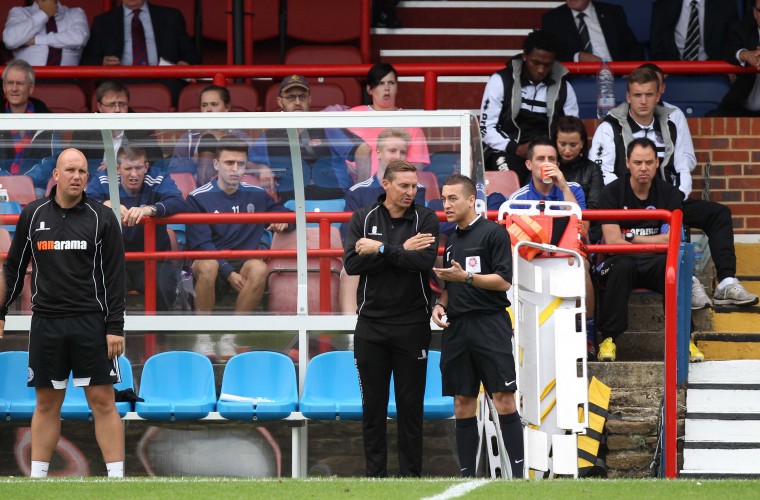 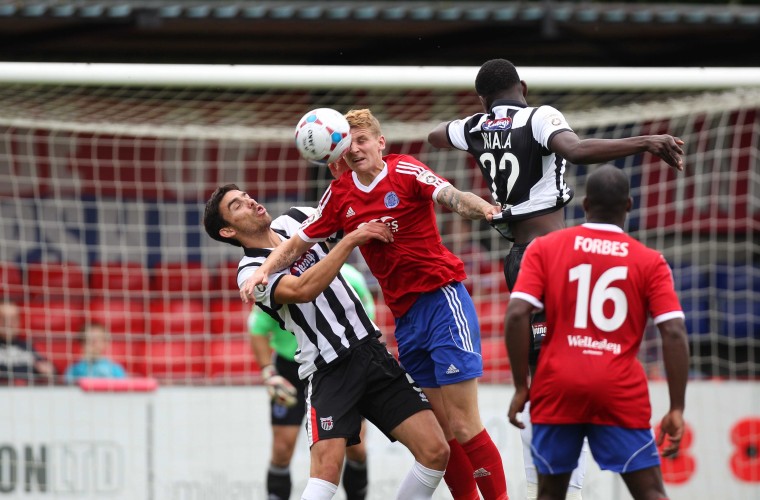 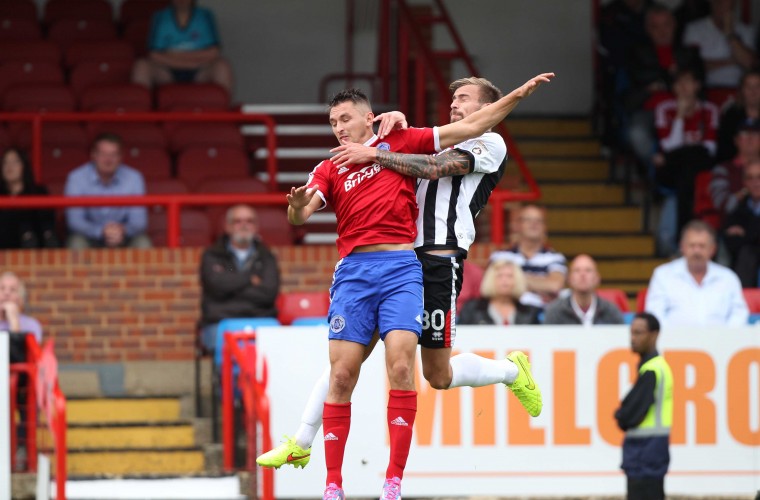 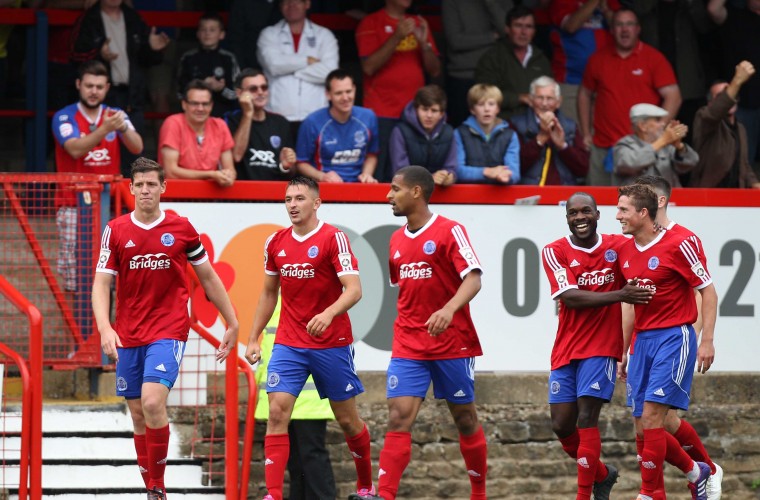 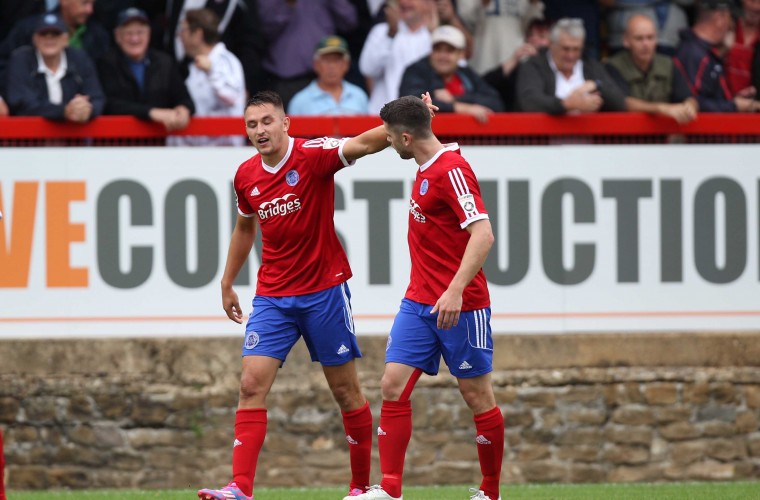 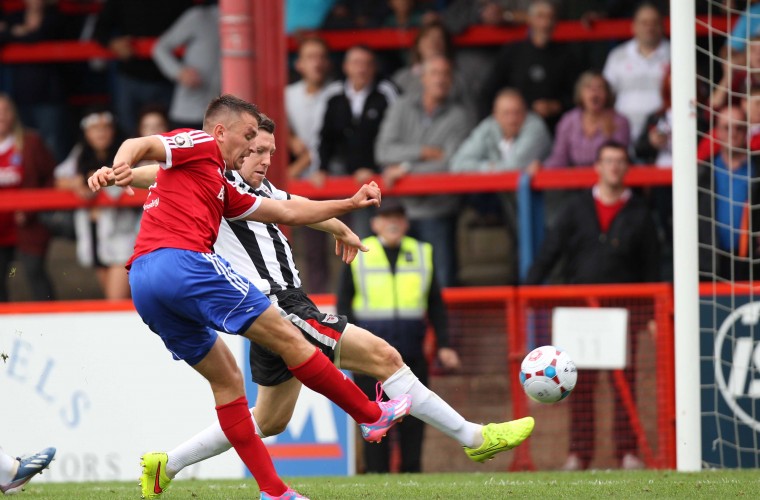 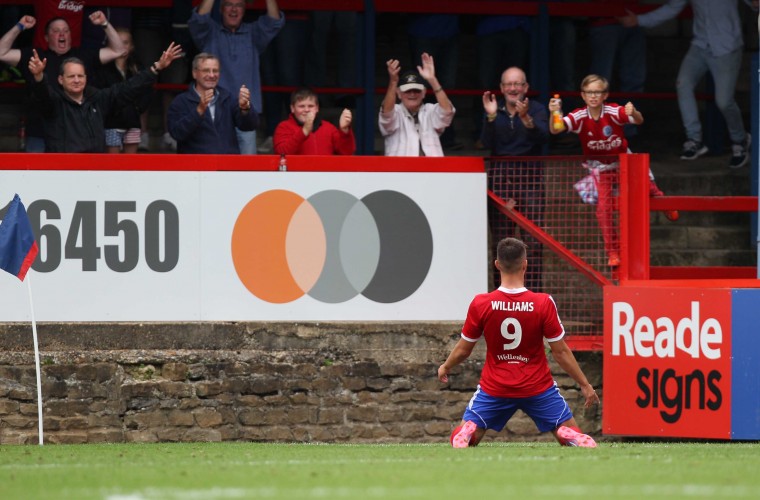 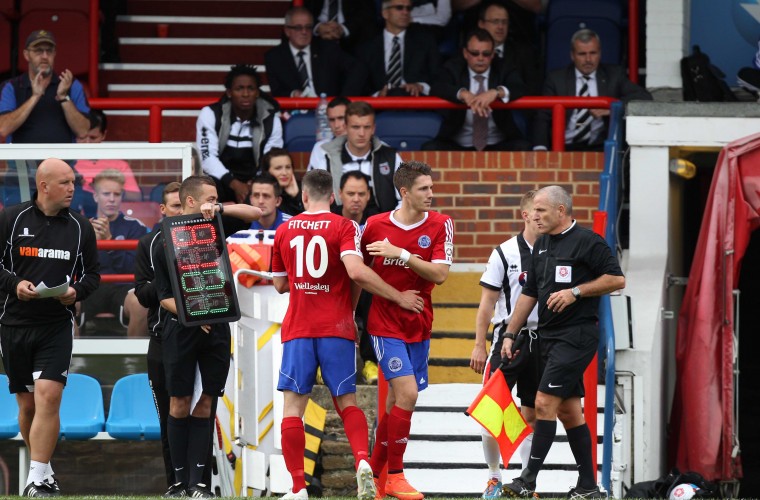 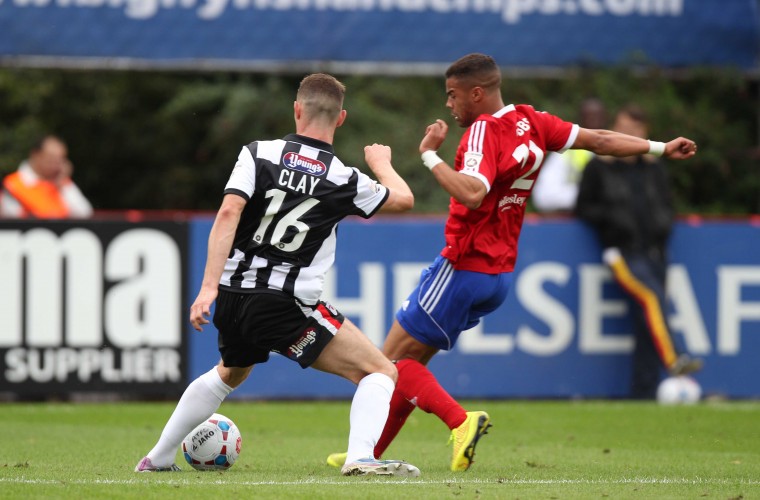 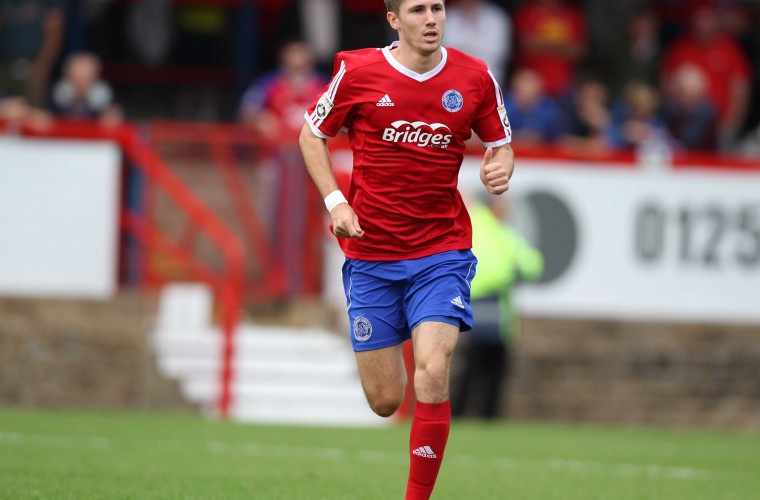 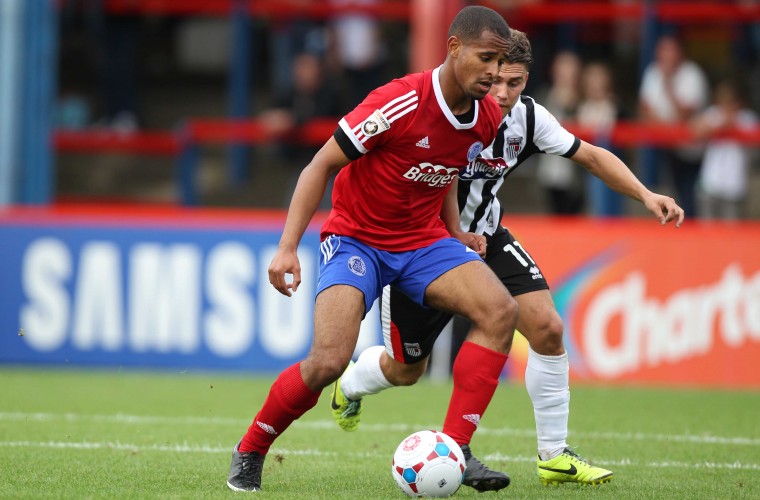 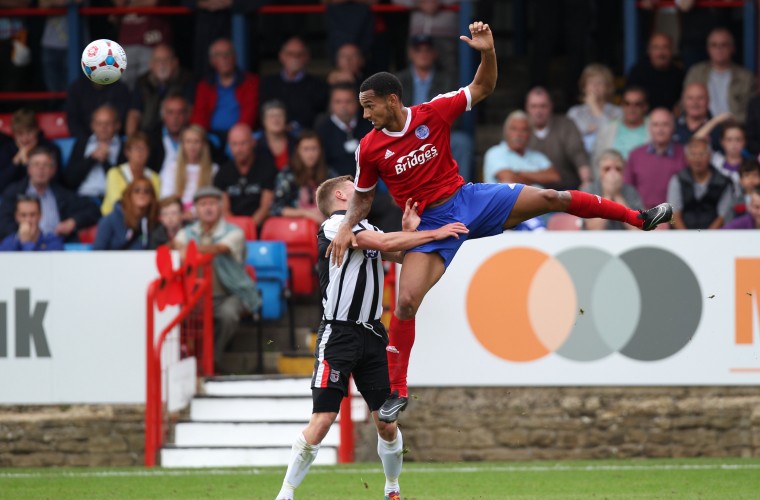 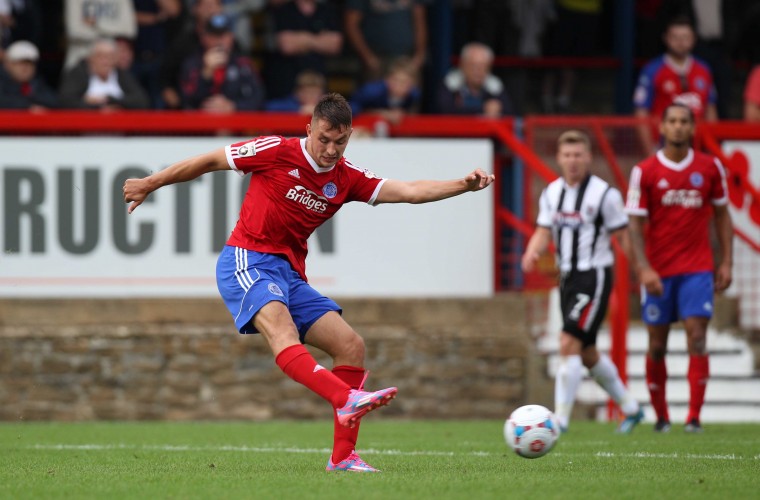 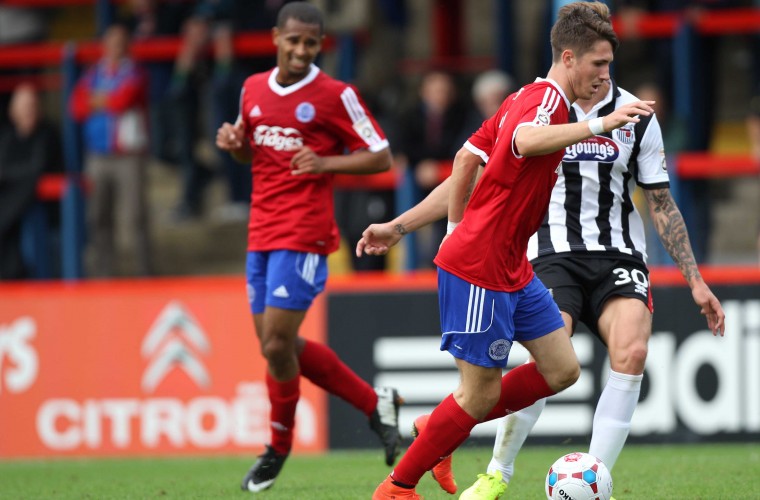 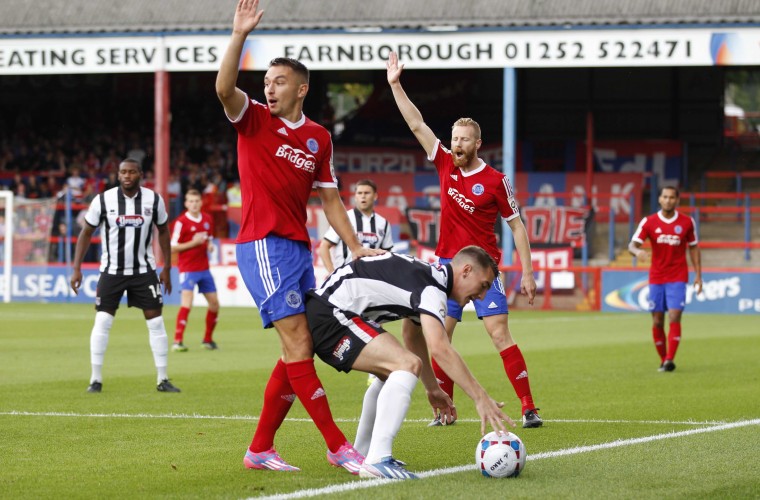 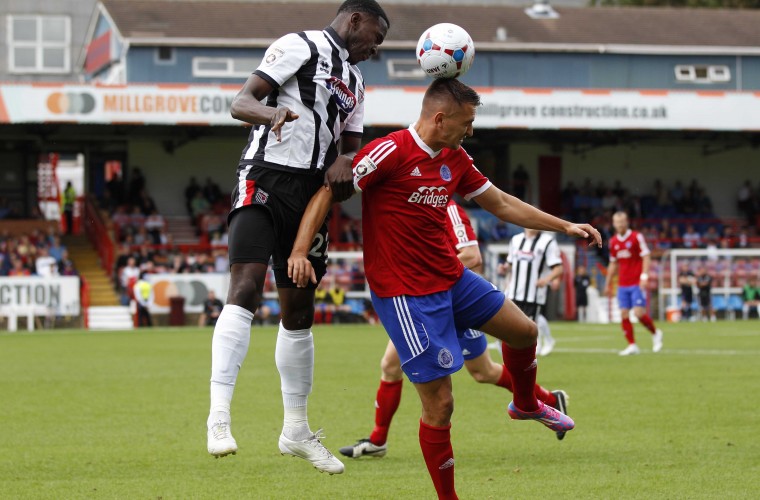 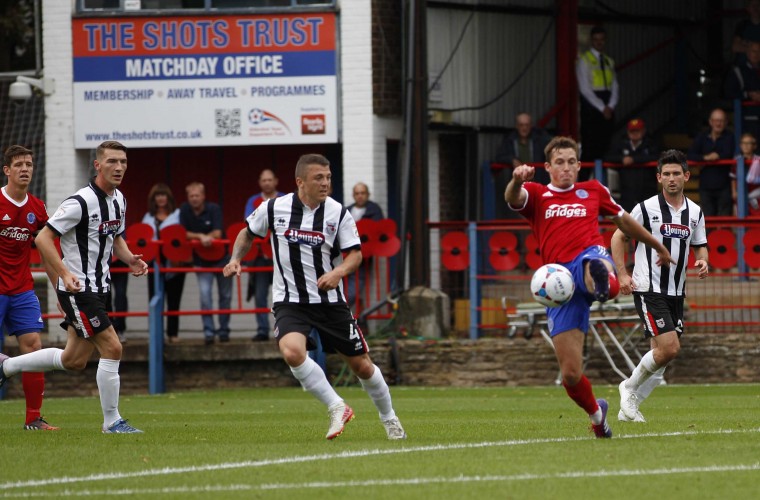 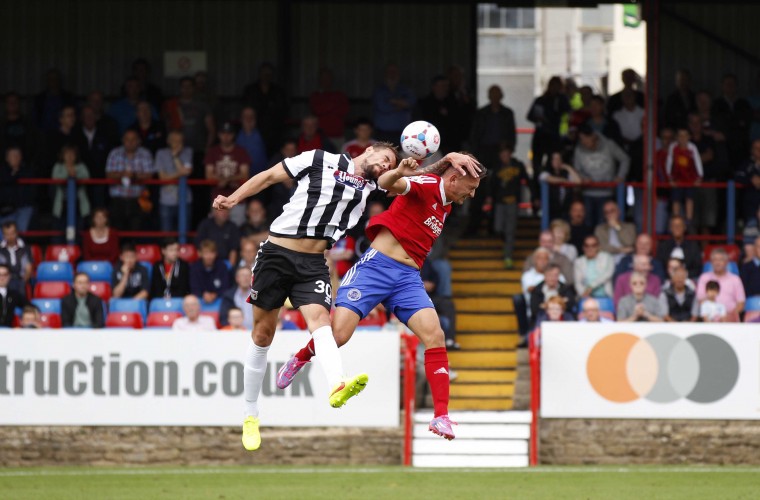 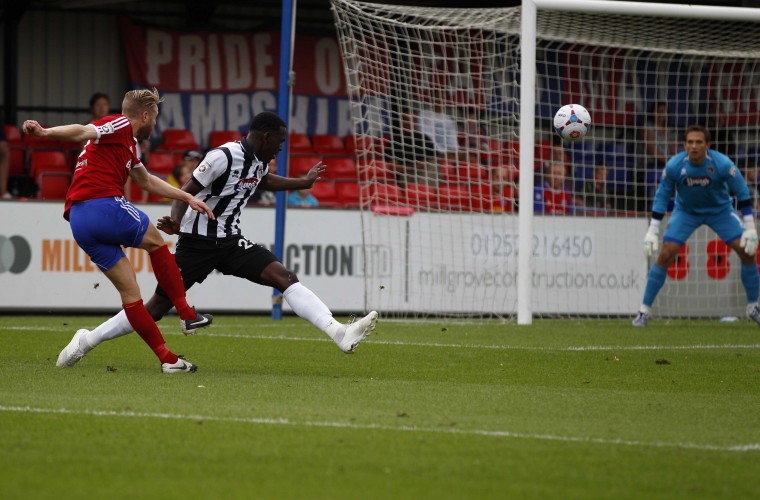 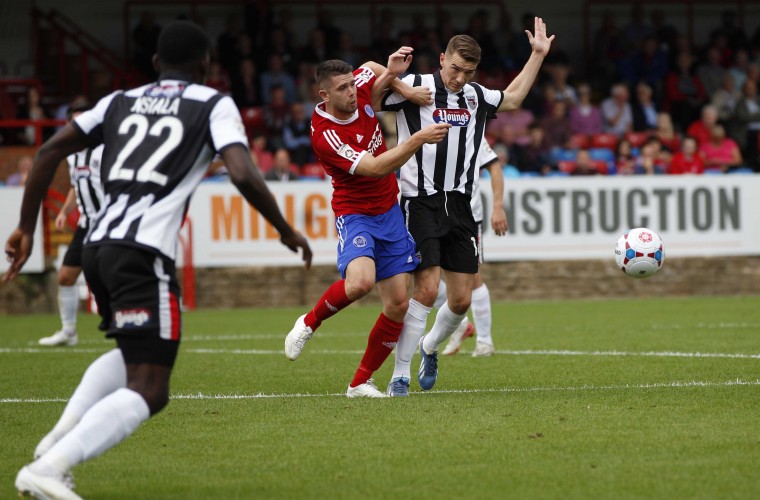 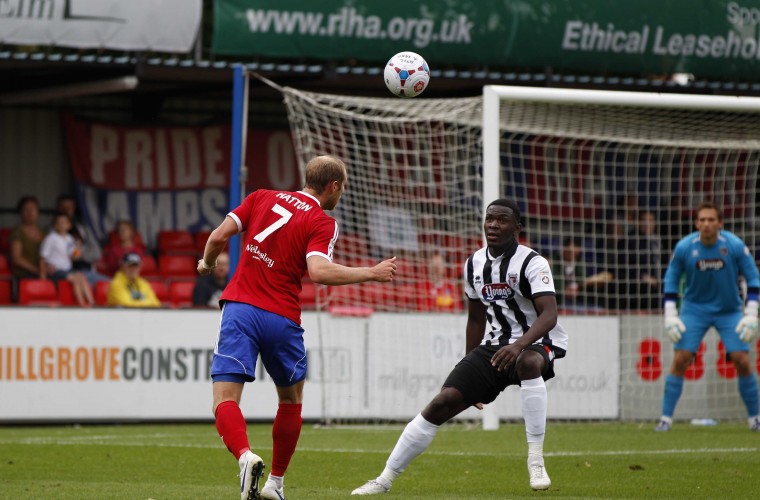 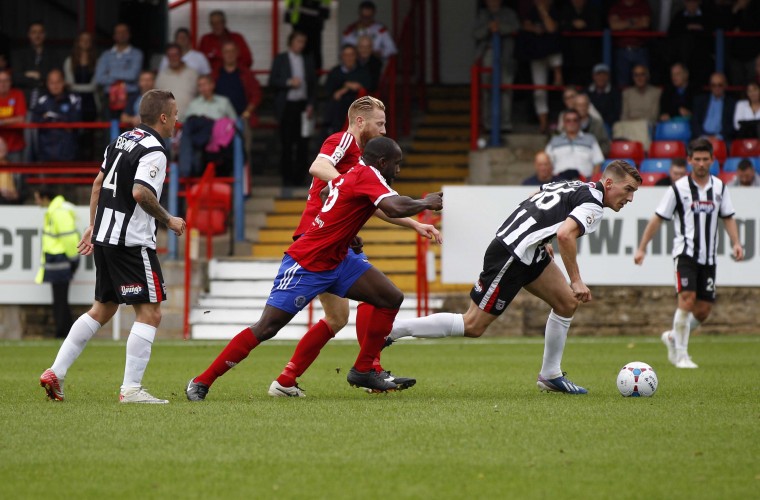 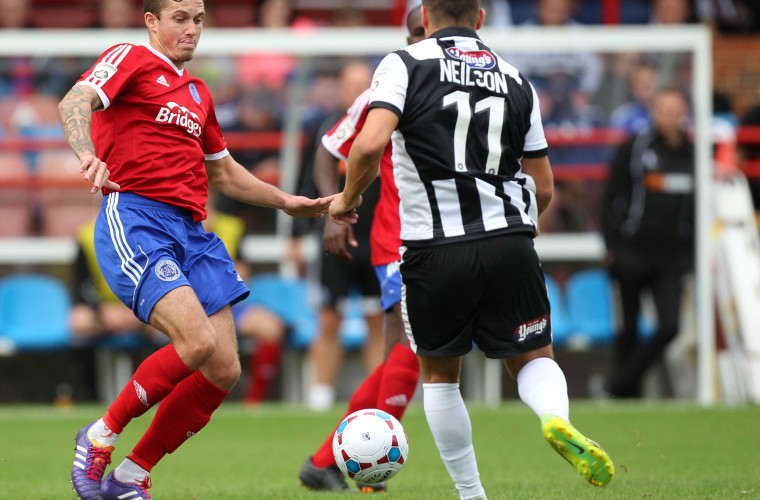 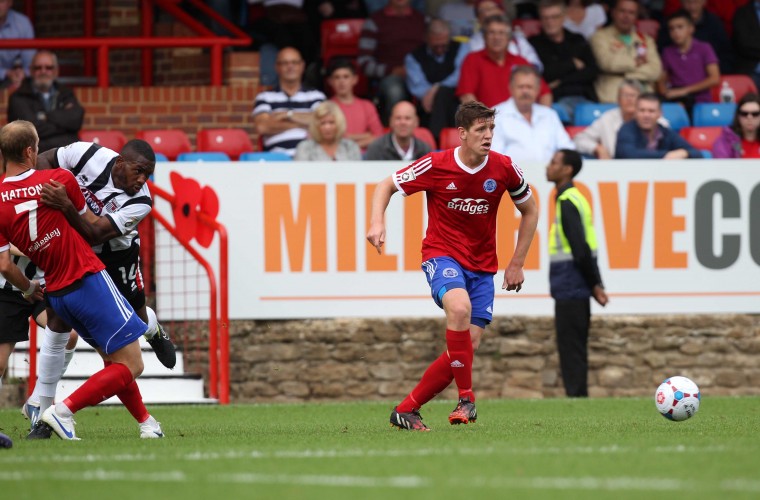 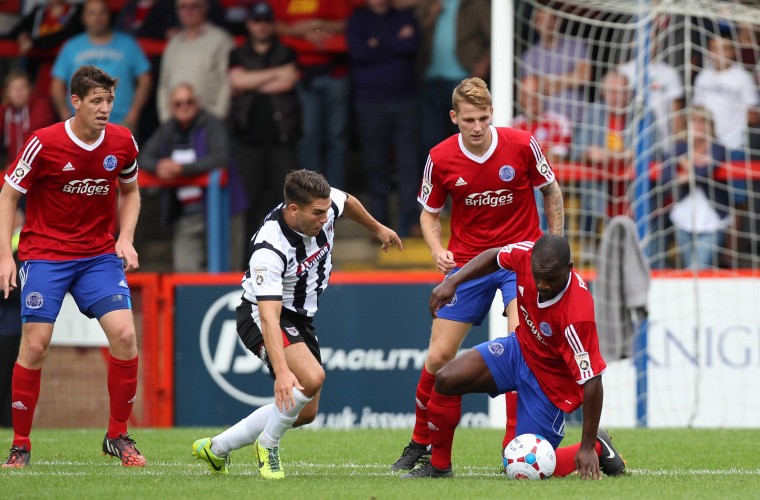 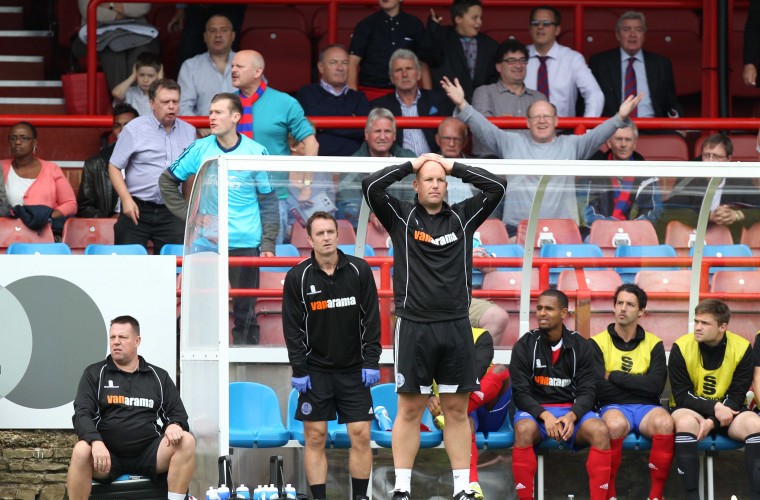 The Shots weathered an early storm from The Mariners but, after Lenell John-Lewis received a second yellow card within five minutes, the hosts were eventually rewarded for both their patience and attacking intent.

Grimsby made a predictably strong start, after scoring 13 goals in their last two matches, and after just three minutes Paddy McLaughlin brought a fine save from Phil Smith, and Craig Clay blazed the follow-up over the bar.

Grimsby, with John-Lewis and Neilson especially lively, restricted Aldershot Town to sporadic counter attacks, but still the defence refused to be breached. Smith denied John-Lewis, as Nsiala lofted a pass into his path, and then got his toe to McLaughlin’s nod-down in a crowded six-yard box but could only stab the ball wide.

In between he had been booked for a foul on Sam Hatton – from which Molesley hit an angled shot too high – and then again got a flick to McLaughlin’s free-kick which hit the base of the post.

John-Lewis turned provider, inviting Pittman to skip around Smith for a shot which was blocked on the line, but as Fitchett burst forward, he was booked for a shoulder charge on the halfway line. With his departure, the game swung in Aldershot Town’s favour.

Grimsby immediately sat back in defence, and Andy Scott responded with positive move which saw Roberts and N’Guessan take up positions on the flanks. Pearson and Brown hit shots over the crossbar but Aldershot Town soon grasped the initiative. Fitchett and Tonkin combined to turn defence into attack down the left and, as Fitchett broke into the area, his pull-back was perfect for Williams to sweep the ball past McKeown.

In the very next minute, the goalkeeper was fortunate to be able to palm Williams’ 10-yard drive over the bar but on 65 minutes the strike partnership combined again.

Fitchett hooked a pass over the Grimsby defence and, catching Pearson on his heels, Williams simply took two touches to break clear before guiding the ball across McKeown into the bottom corner.

Brown’s 30-yard drive cannoned off Oastler, as Paul Hurst made attacking changes of his own. Tonkin’s clearance under pressure fell to Neilson, who smashed a 25-yard volley back into the net.

Any hopes they had of a grandstand finish, however, were successfully quashed, and The Shots held out to inflict Grimsby Town’s first defeat of the season.