For the second successive year, six points over Easter pushed The Shots to safety, and this was ultimately a comfortable victory against struggling Torquay United. Tristan Plummer’s looping cross – which flew into the net over debutant goalkeeper Dan Lavercombe – gave The Shots a fifth-minute lead but, despite dominating for long periods of the first-half, they were still grateful when skipper Glenn Wilson doubled the lead on 74 minutes. 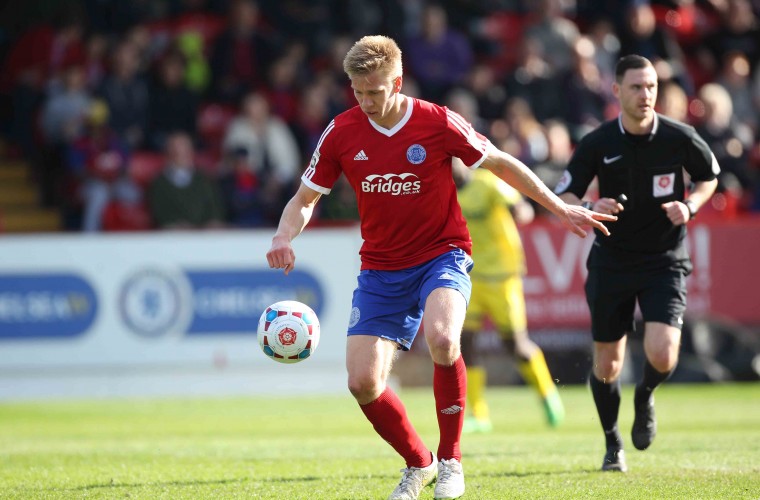 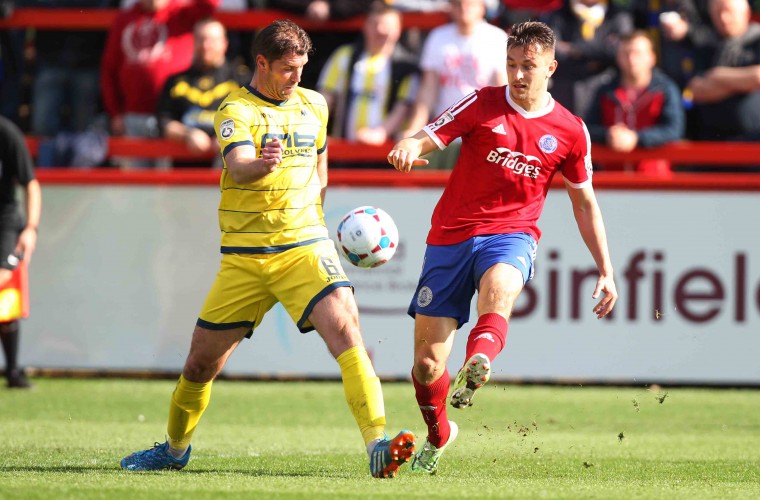 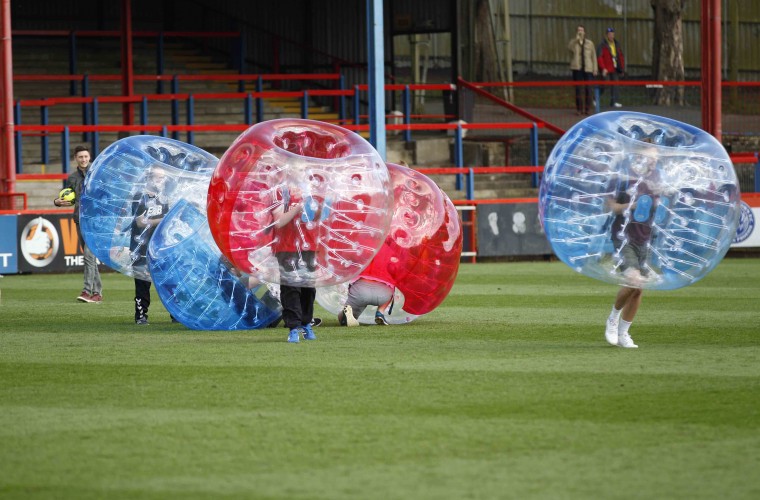 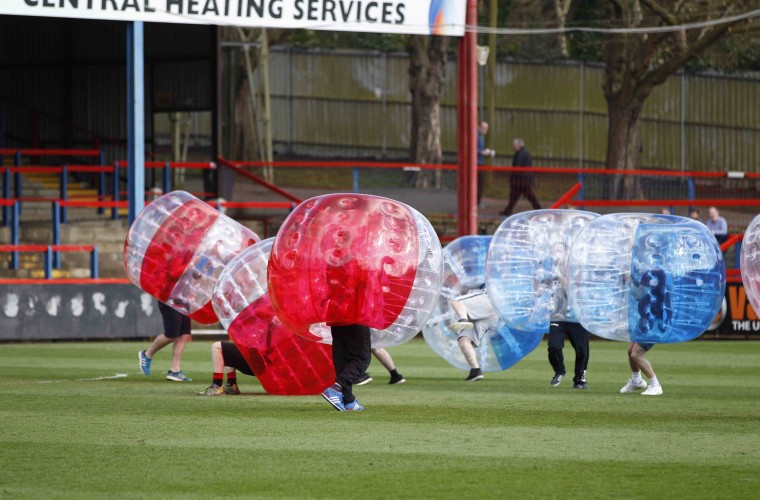 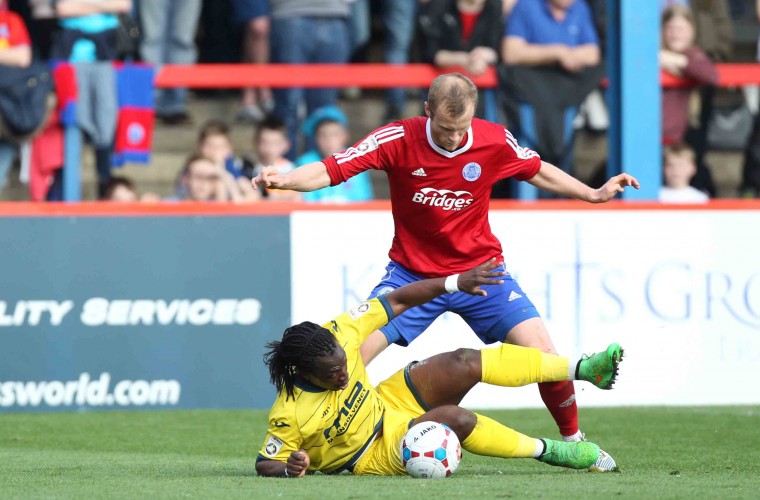 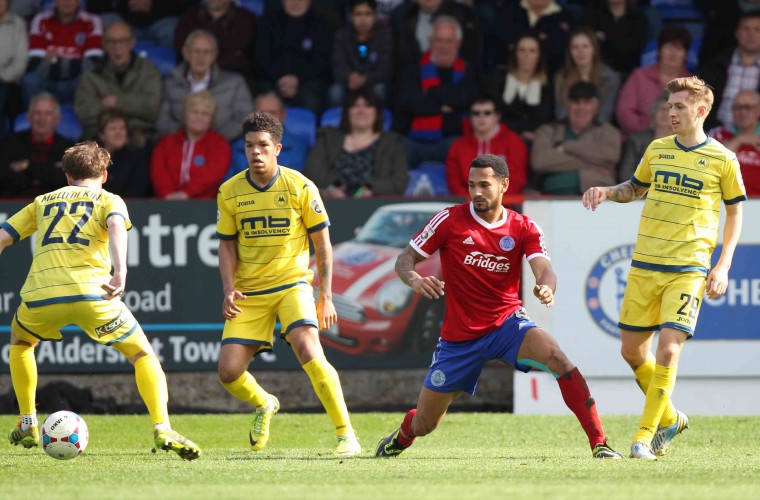 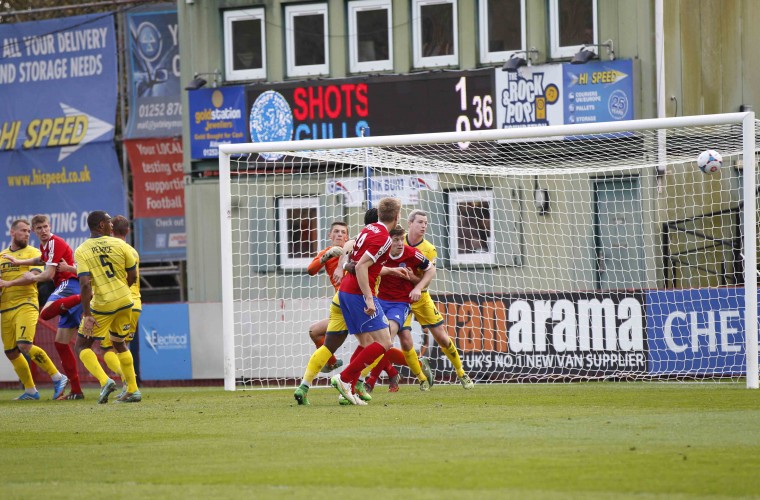 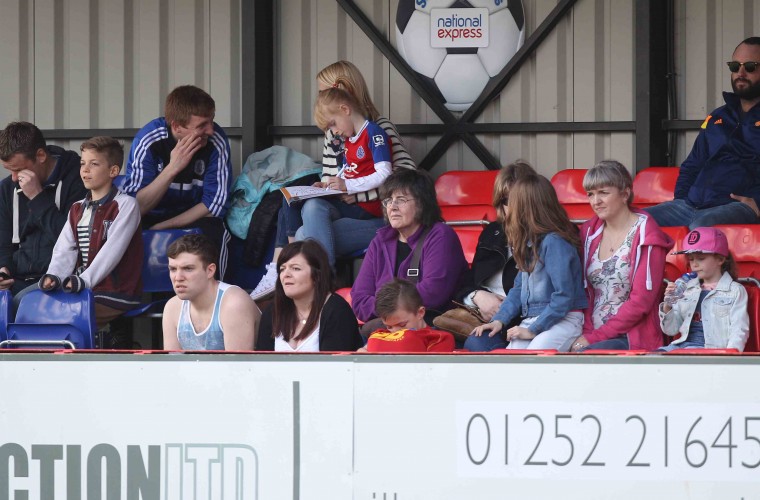 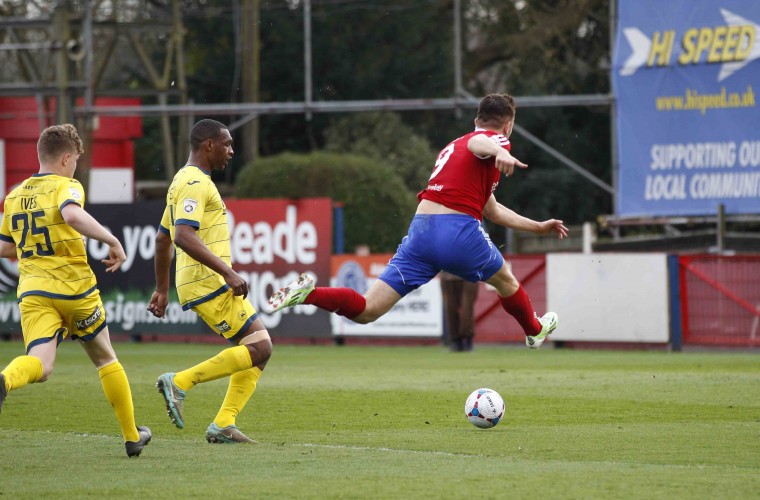 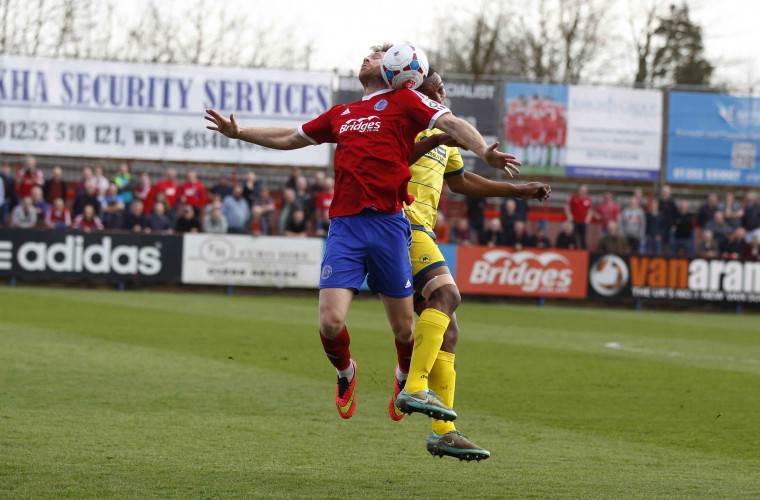 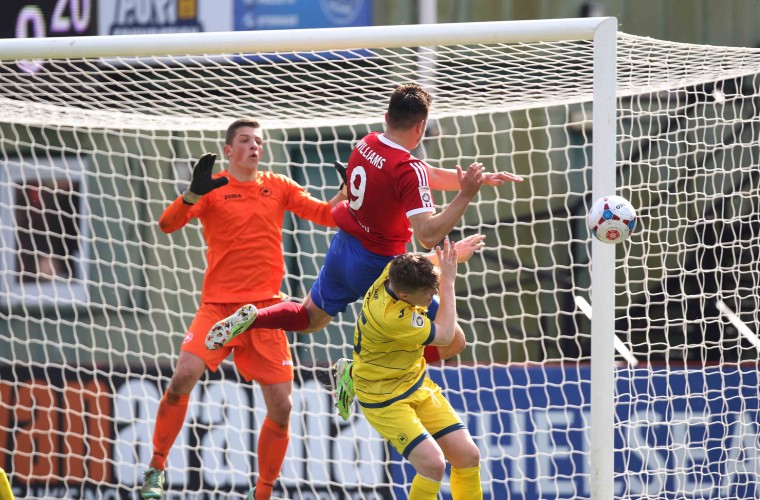 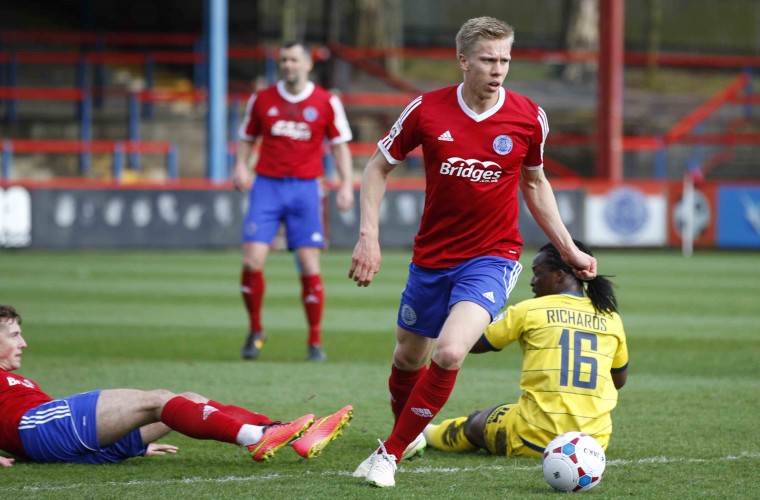 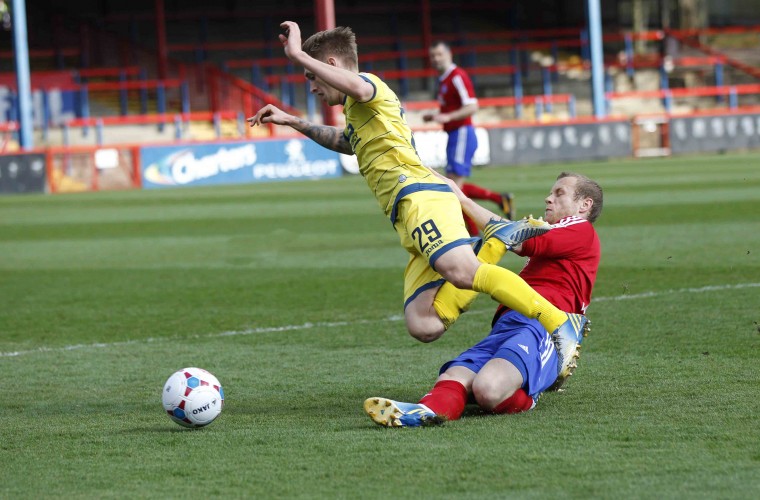 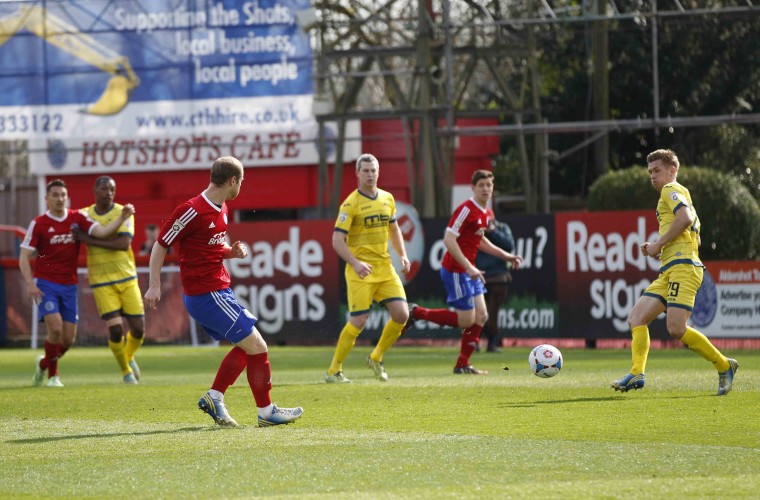 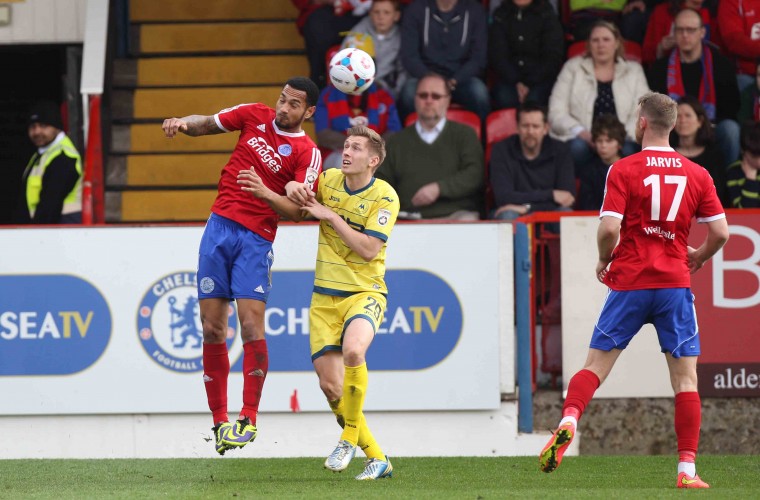 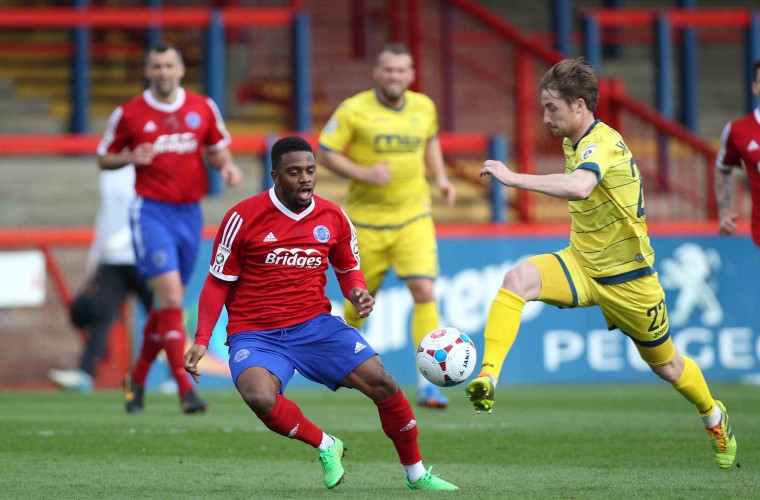 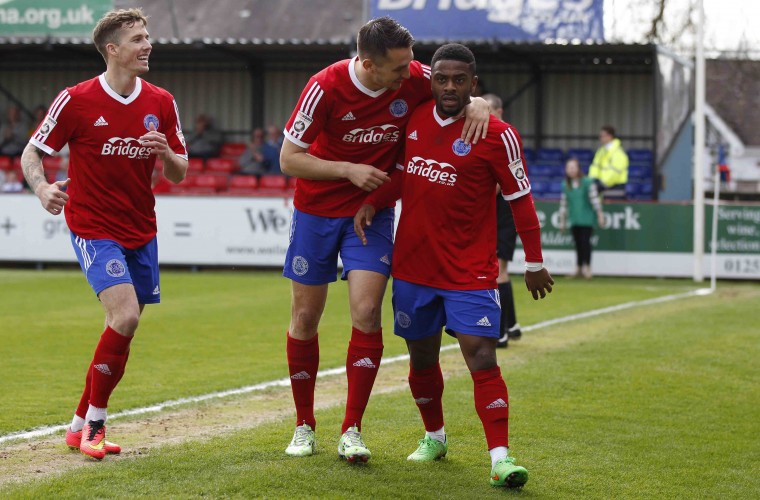 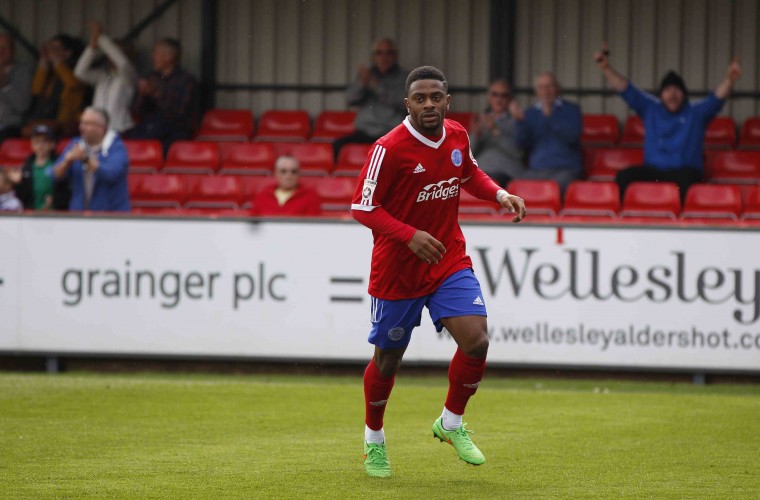 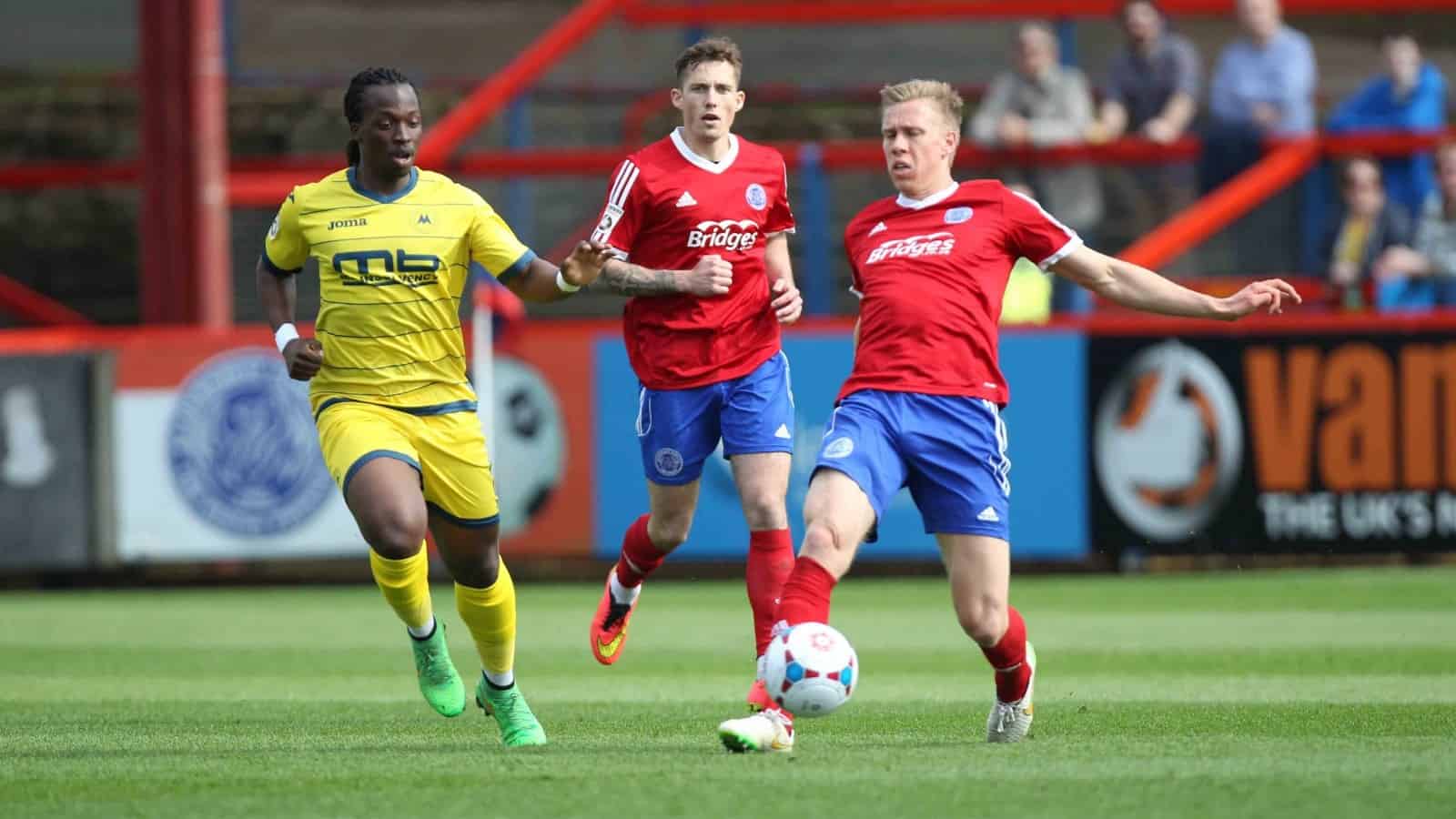 Jordan Roberts had an early shot saved, after working a neat free-kick with Jarvis, but soon Plummer imposed himself on the game. Fed by Stevenson, he teased left-back Ives and bent in a high, looping cross towards the far-post which dropped into the far corner of the net.

Stevenson, Hatton and Harding had shots blocked but Plummer was the game’s pivotal character. When his low cross was only half-cleared, Lathrope hooked a 16-yard volley which crashed down off the underside of the crossbar and Jarvis headed the rebound wide.

Brett Williams pulled a shot wide after being put through by Roberts’ flick, but The Shots were somewhat fortunate to retain their lead at the break. Hatton made a superb block to deny Harding when he seemed certain to score, and centre-back Pearce sliced the ball over the bar when Smith fumbled Briscoe’s drive.

Williams had another two half-chances as the second period began slowly, but twice shot wide, and it took The Shots until the 74th minute to find breathing space. McCollin’s snapshot was deflected for a corner and, after Lavercombe punched Roberts’ initial delivery back to him, the return cross was flicked on to the back post, where Glenn Wilson took a touch and slid a composed finish underneath the goalkeeper.

Harding had one final shot saved deep into injury time but Aldershot Town earned the three points with relative ease. For Chris Barker, though, safety does not equal complacency – The Shots now look to build on their Easter form in the remaining four games of the season.