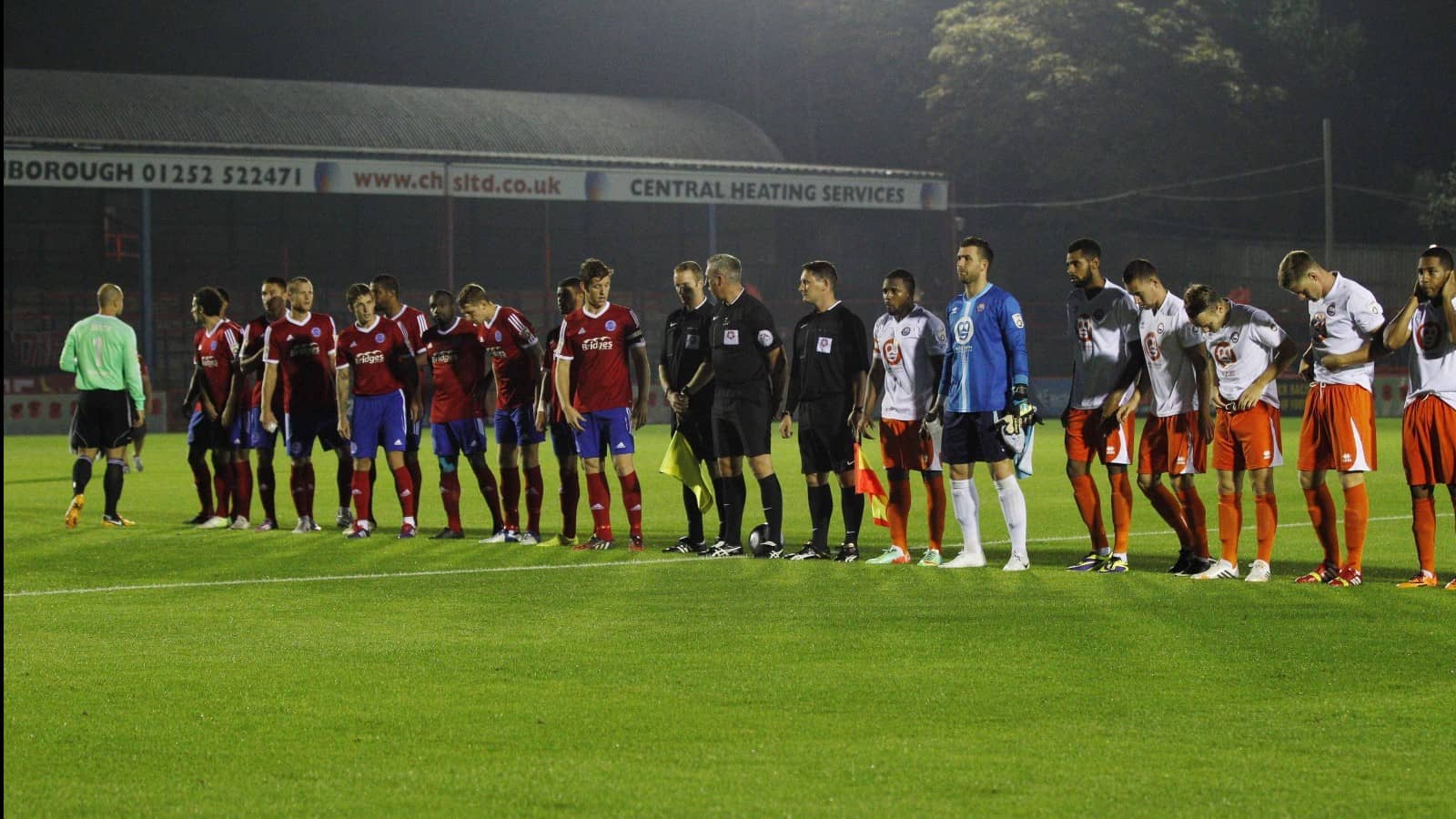 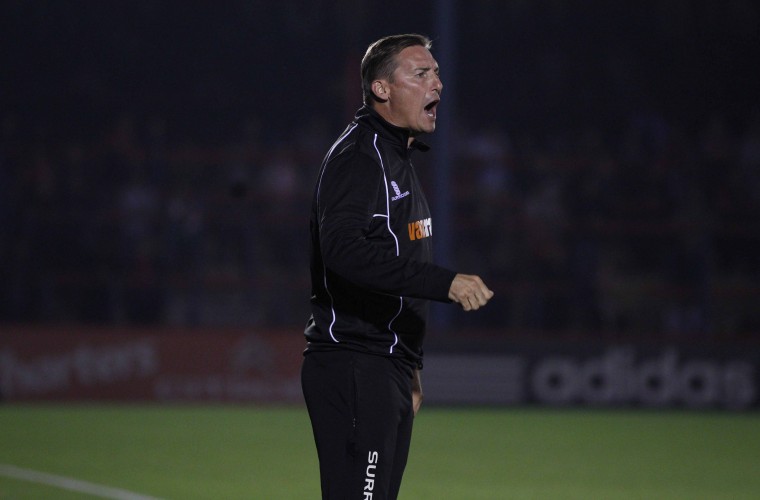 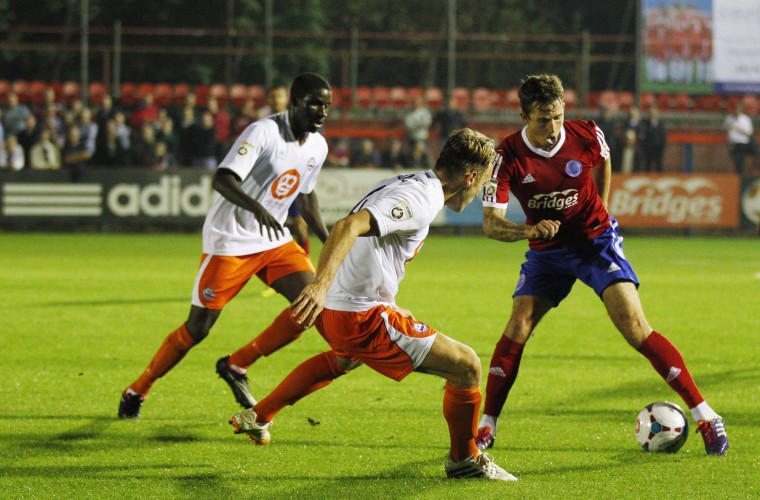 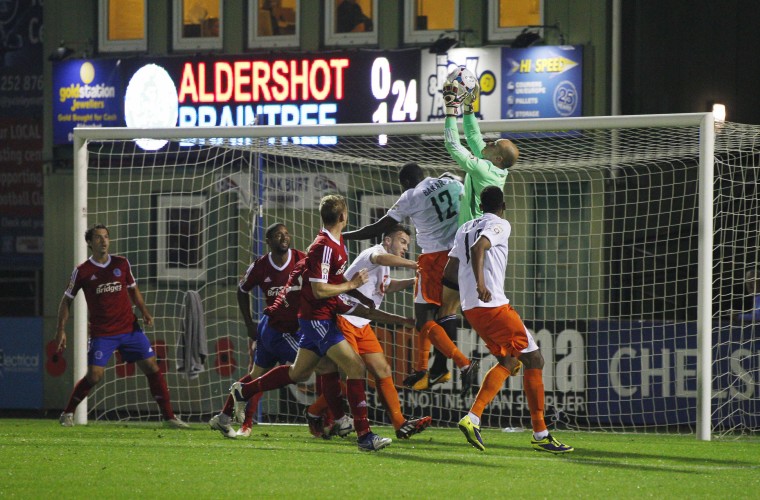 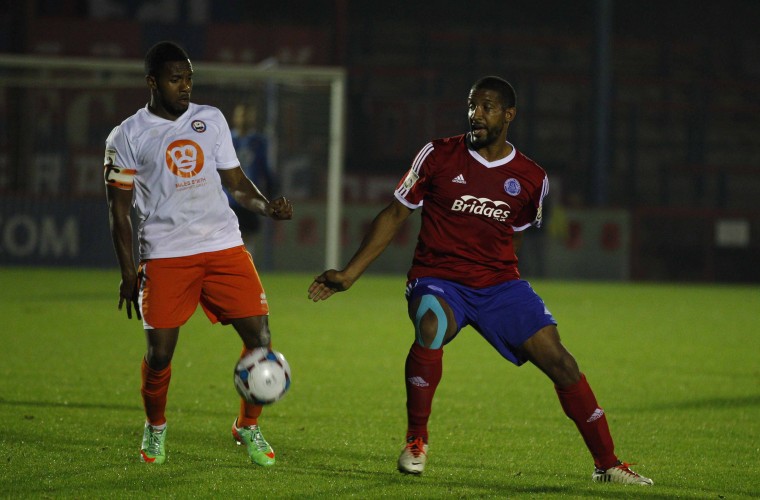 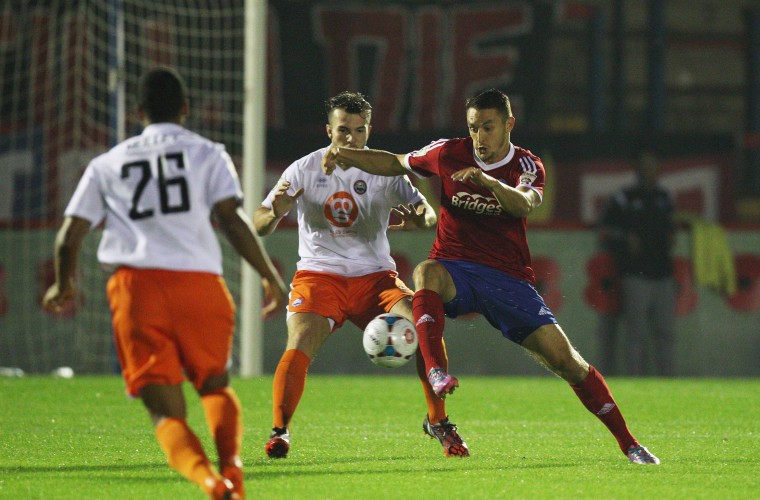 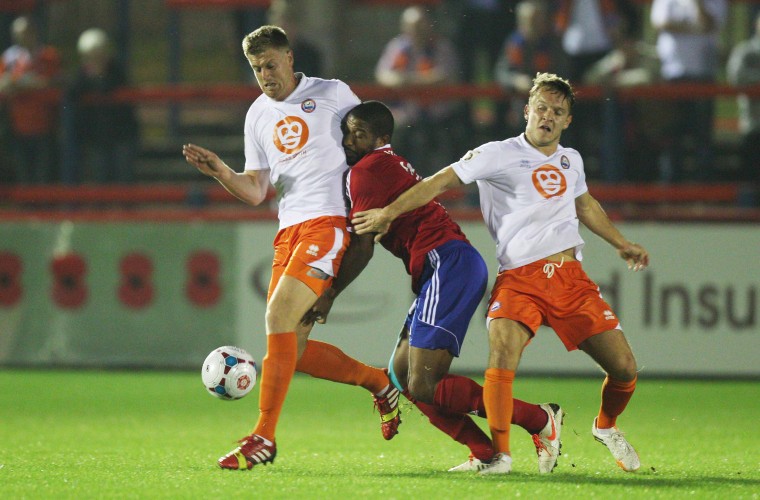 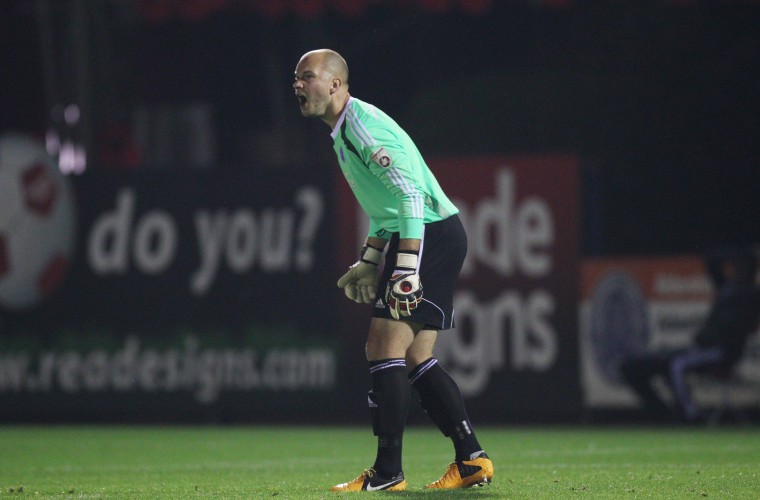 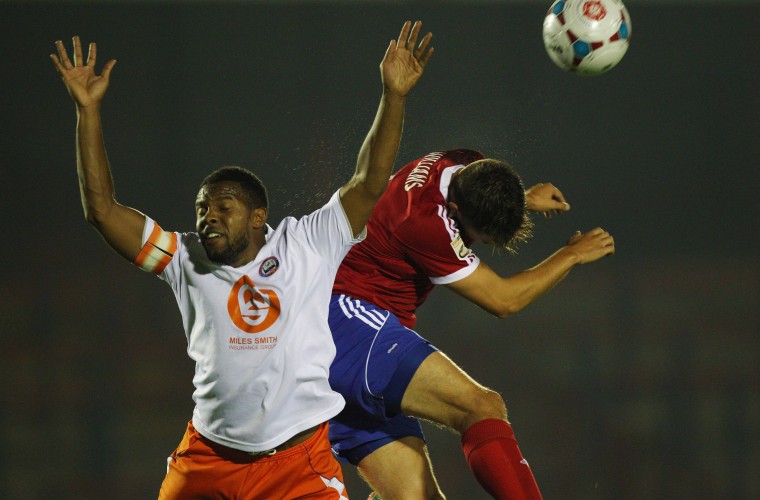 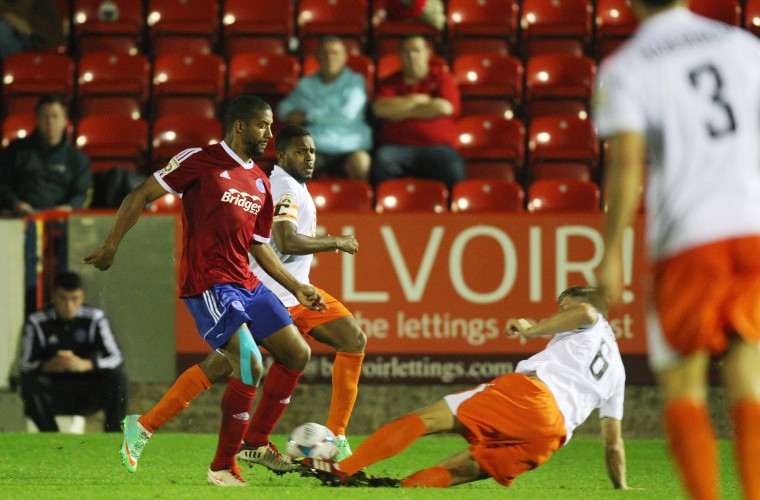 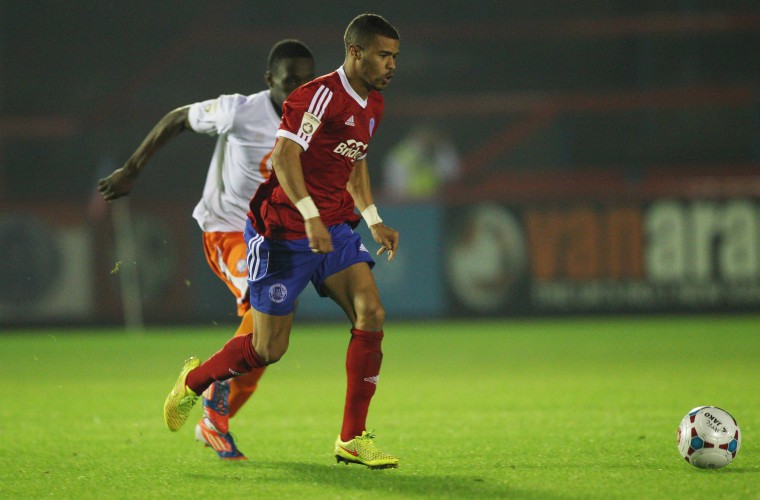 Andy Scott restored Sam Hatton and Josh Scott to his starting line-up, as Kieron Forbes passed a fitness test on his knee injury, and the match began with The Shots neat in possession. Braintree, though, were a danger on the counter-attack and, on just three minutes, Sparkes floated in a free-kick which wrong-footed Phil Smith. It was heading into the far corner until he flung out a hand to scramble it clear. Tonkin then swung in a cross from the left and, arriving late into the box, Williams powered in a header which dropped into Hamann’s hands.

Dan Sparkes was proving the game’s outstanding player, and his deft control and half-volley flew over the bar. Roberts’ cross at the other end sparked a bout of head tennis which eventually dropped inches over the crossbar, but on 17 minutes, Sparkes produced another moment of individual quality to give the visitors the lead. Out-muscling Roberts, he hit a swerving 22-yard drive from the right which Smith could only palm into the roof of the net. His whipped cross on the run then invited Cox to direct a tightly-angled header on goal which hit Smith in the chest, but belatedly The Shots began to exert a degree of pressure. A patient move saw Forbes inject some pace at the crucial moment, to burst into the box and slide in a cross from which Williams’ shot was blocked by Massey. The Shots top scorer then crossed to beyond the far-post and Roberts, under pressure, headed wide, but The Shots were growing into the game. Hatton’s deep corner found Williams unmarked at the far-post and his header deflected off the outside of the post. Lathrope’s low drive was then deflected up onto the crossbar, and Aldershot Town went into half-time with renewed heart.

Any optimism was short-lived, however, as Isaac smuggled the ball down the line to Akinola, who broke into the box and measured a low cross through the six-yard box which Cox tapped home. The introduction of N’Guessan and Fitchett failed to rouse the hosts, and Sparkes again went close with a curling shot across the face of goal. Scott headed Hatton’s free-kick wide and, after good work down the right by Gibbs and N’Guessan, Fitchett dug out a shot which was deflected up and clawed away from the far-post by Hamann.

Two minutes later it was 3-0, as The Shots conspired to give the ball away in midfield. Cox found himself clear on goal and picked his spot with a low drive into the bottom corner. Scott shot wide and, as Gibbs crossed from the right, his header was well saved by Hamann, but it was only in the fourth minute of time added on that The Shots truly sparked into life. A neat passing move ended with Hatton’s back-heeled flick out to N’Guessan and an inviting cross which Braintree Town could not clear as Lathrope eventually stabbed the ball over the line. It was the last kick of the game, and Aldershot Town got exactly what they deserved for a poor performance.