Following Saturday’s 1-0 defeat at home to Chester caretaker manager Chris Barker made four changes to the starting eleven as Glenn Wilson, Tom Richards, Andre McCollin and Damon Lathrope all came into the fold as the Shots were looking to end on a high at the Electrical Services Stadium. Wrexham made two changes to their line-up, Luke Waterfall replacing the injured Blaine Hudson, while Jay Harris was back for Connor Jennings. 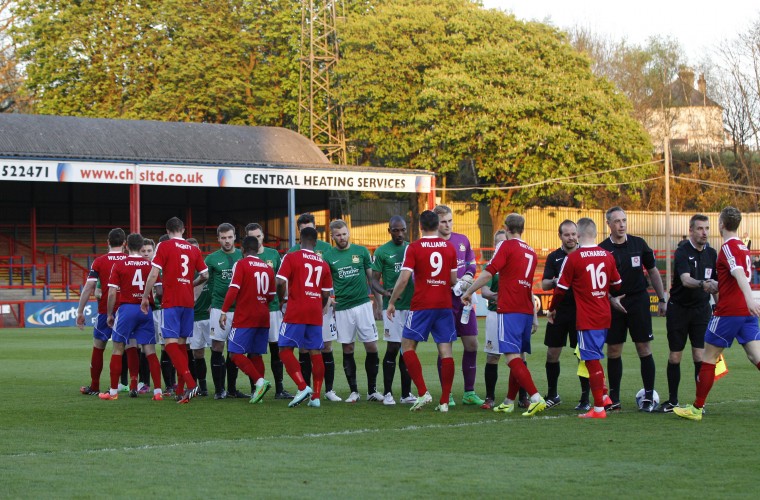 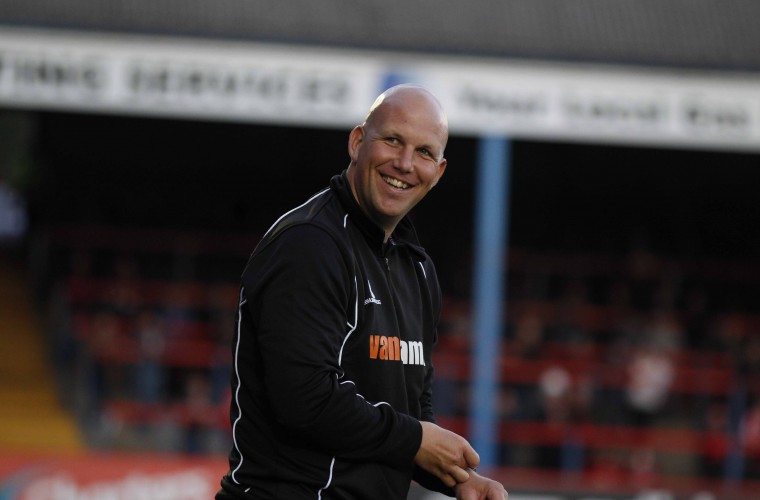 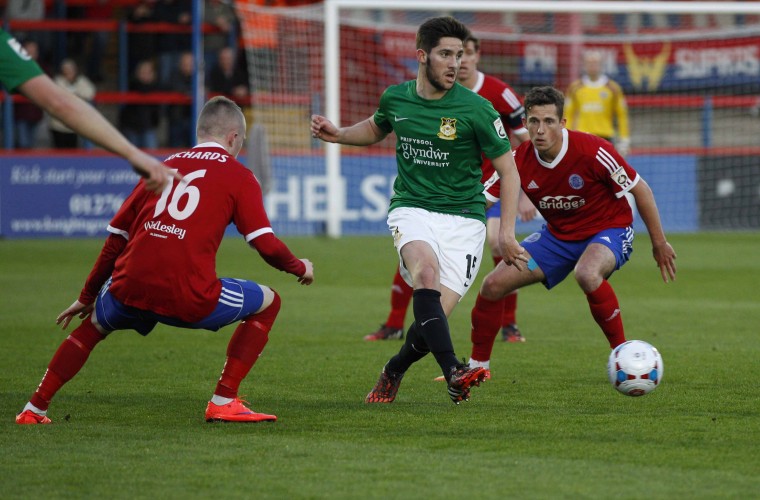 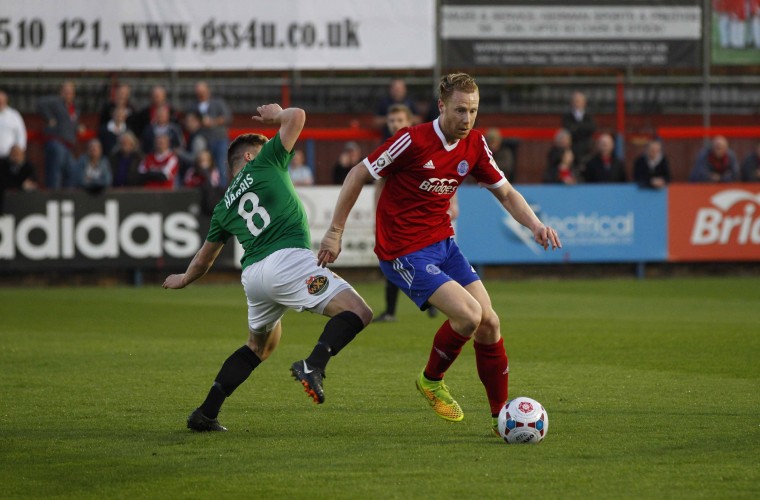 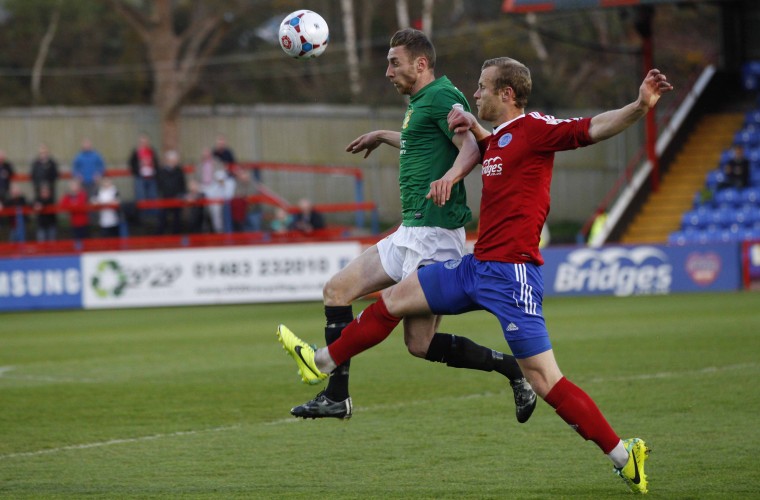 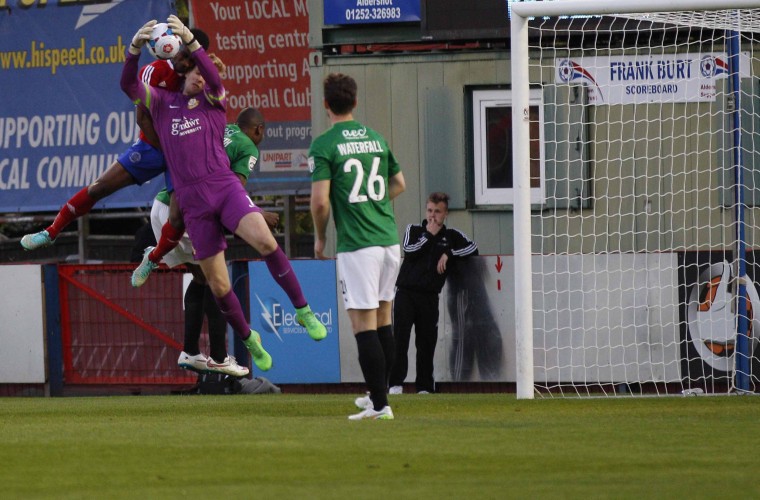 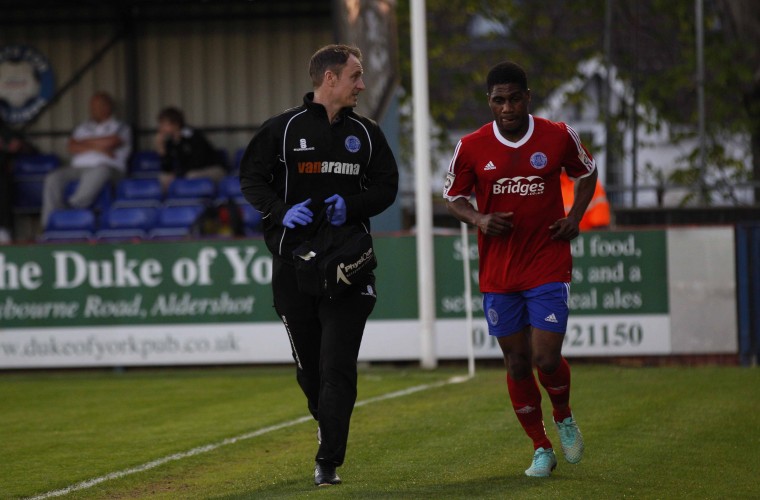 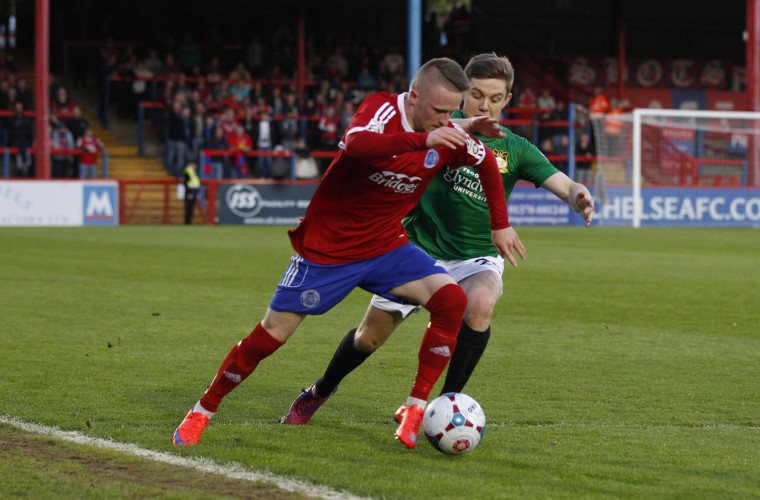 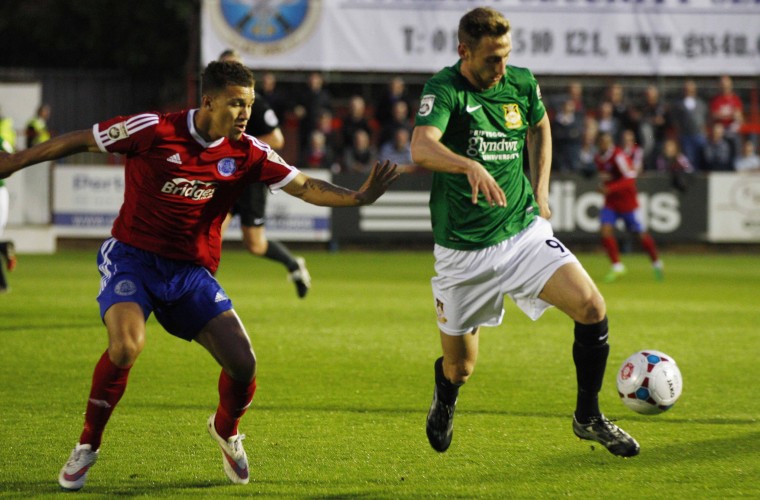 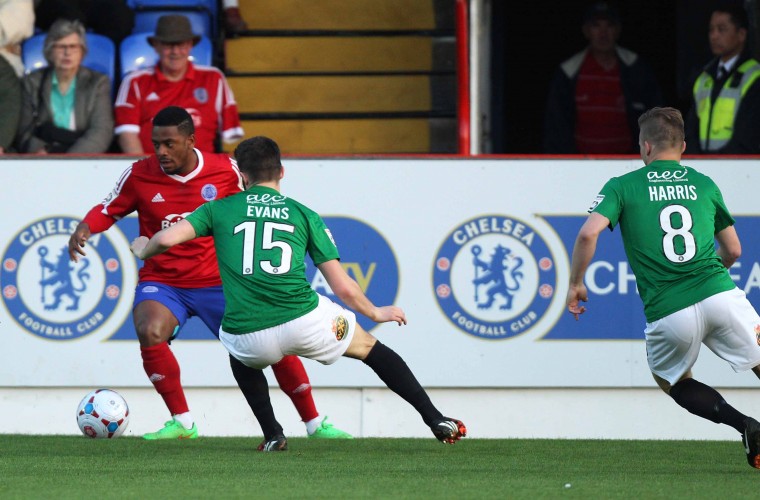 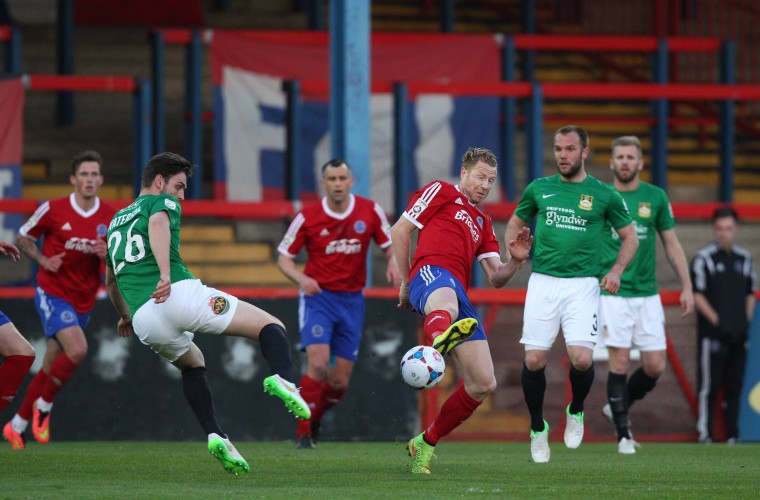 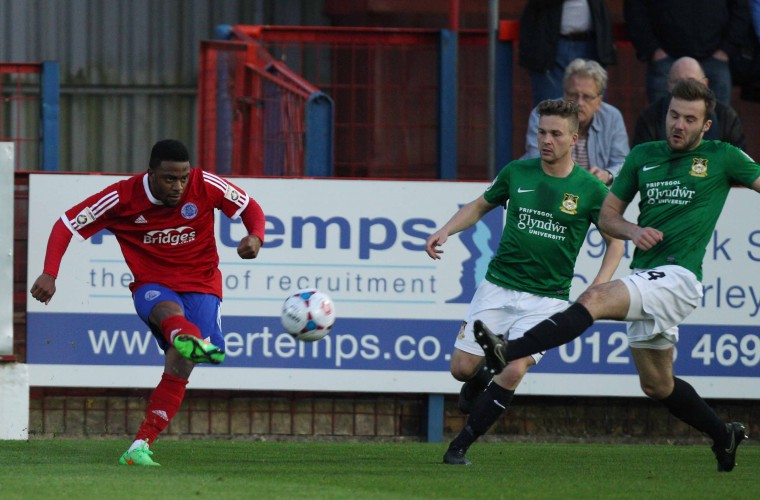 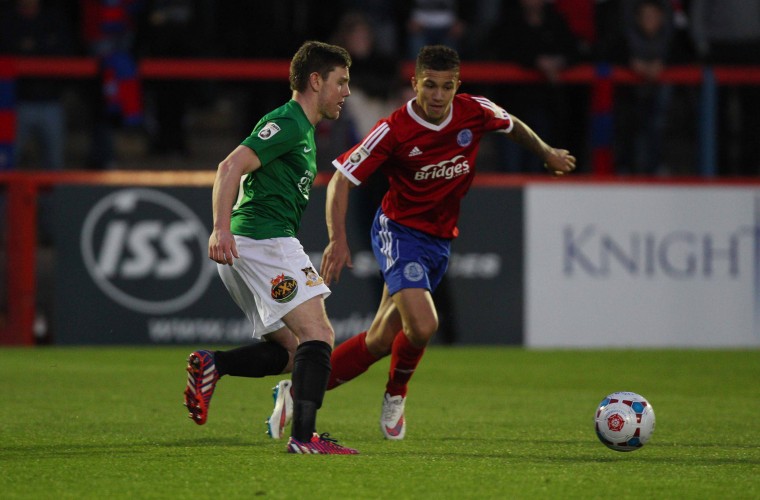 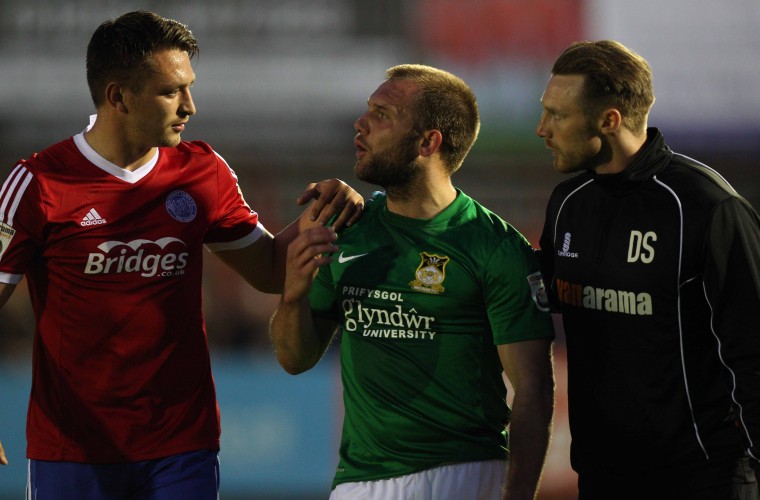 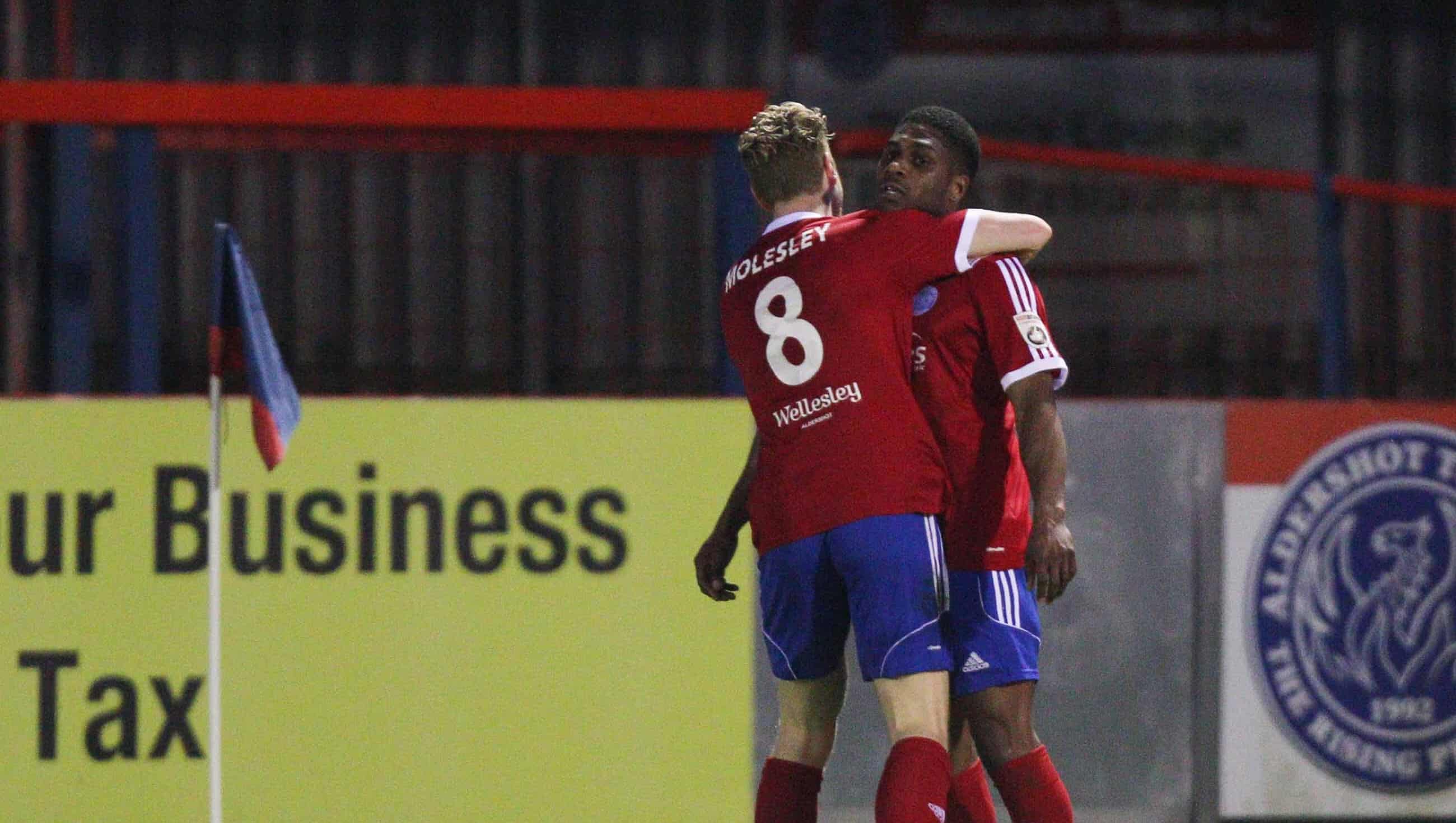 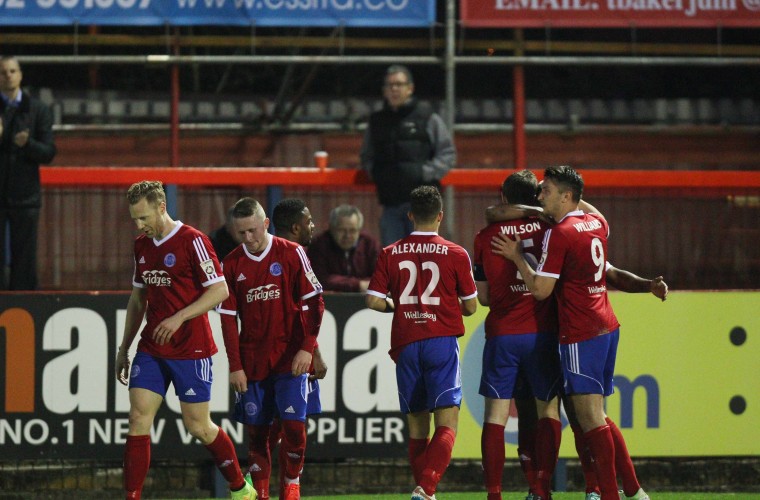 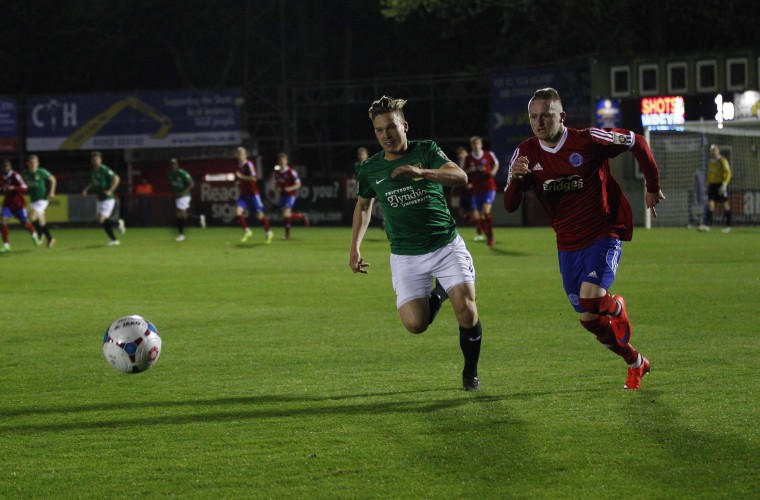 Wrexham made an impressive start to the game and produced the first real effort on goal courtesy of Sam Finley whose effort wasn’t too far away with a shot from distance forcing a good save from Phil Smith. Andy Bishop then saw his shot from the edge of the box deflected for a corner. The game was only 10 minutes old when Wrexham’s dominant and controlling start paid dividends as they took the lead when Louis Moult found space on the left side of the home area, looked up and spotted keeper Phil Smith to the nearside of this goal, curled a sweet effort to the far side and inside the post. 0-1

Aldershot Town had to make a change on 15 minutes when Cheye Alexander replaced the injured Damon Lathrope which allowed Sam Hatton to move back into midfield and Cheye to move to right back. The game was very much nip and tuck with both sides looking to get the ball down on the deck and play counter-attacking football. It was Tristan Plummer that had Aldershot Town’s best effort of the game on 30 minutes with a shot that went straight across the face of Andy Coughlin’s goal.

Aldershot continued to huff and puff and they finally blew the Wrexham defence down two minutes into added time at the end of the first half. Andre McCollin capitalised upon a defensive slip by Manny Smith and drilled the ball on the turn into the net and sent the teams in level at the break. 1-1

Wrexham made one change at the break which saw Sam Finley replaced by Connor Jennings. Aldershot Town came back out onto the field of play unchanged.

Aldershot Town started the second half very brightly and an impressive counter from Tristan Plummer and Andre McCollin created a half chance but Plummer’s ball through was over-hit and went out for a Wrexham goal kick. Just five minutes later The Shots were on the attack again courtesy of Tristan Plummer who utilised his pace to scurry down the left where his cross was sliced behind by a corner. This created an immediate chance but Glenn Wilson was unfortunate not to get a powerful enough connection to Tom Richards’ superb delivery.

On 59 minutes Wrexham twice created space for a shot, firstly with Dean Keates showing his experience and passing skills to find Jennings who just lost his footing as he was about to pull the trigger and then Rob Evans whose superb ball through to Andy Bishop was well intercepted by Chris Barker just as the forward was shaping up for a clear shot at goal. Timely interception.

Aldershot Town continued to look dangerous going forward and this told when Mark Molesley found Tom Richards in acres of space on the right-hand side. He broke towards the byline but scooped his cross over the bar with Brett Williams and Andre McCollin unmarked in the penalty box. Brett Williams created Aldershot’s next chance as he found space to spin his marker and unleash a 25-yard effort at goal which sailed high and wide over the crossbar.

The final 15 minutes saw the game start to stretch, with both sides very dangerous on the counter but equally defending extremely well to deny their opposition of any dangerous attack. Aldershot Town created a half-chance when Rasulo burst in from the flank to reverse his pass to Brett Williams whose shot was blocked and fell safely into the hands of Andy Coughlin.

The final whistle blew and it was a hard-earned point from the home side who were made to work hard. Players and fans alike bid their farewells to each other for another season with the home campaign ending on a positive note. Aldershot Town will now turn their attentions to Grimsby for what will be the final match of an indifferent and emotional campaign.