With the Shots on a poor run of form, and hosting Guiseley who were only a single position above them in the Vanarama Conference you’d have hoped today’s game would be a fiesty six pointer. 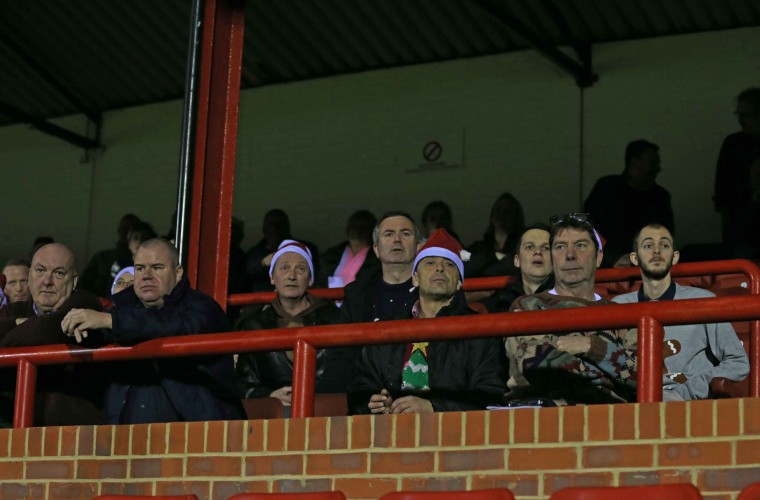 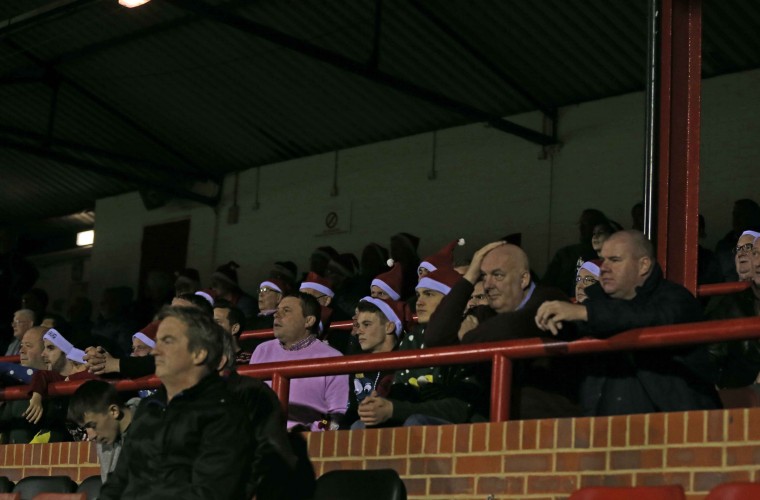 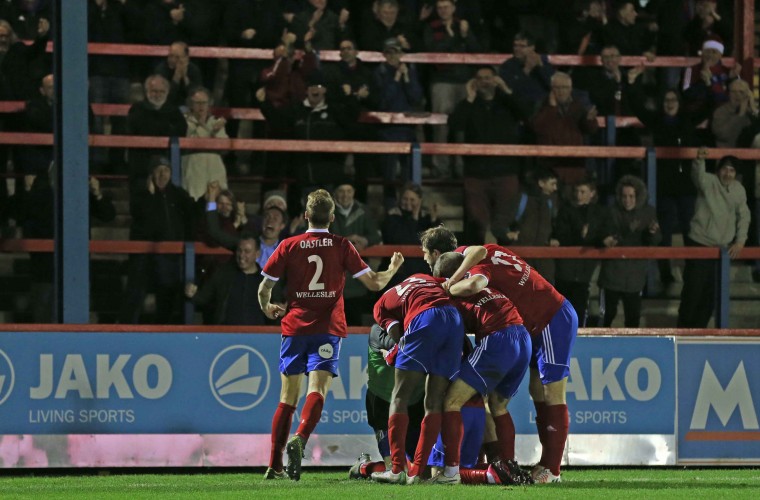 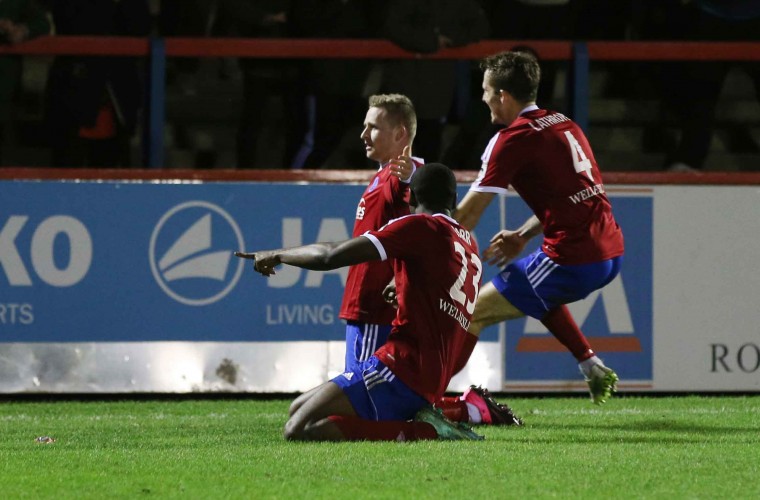 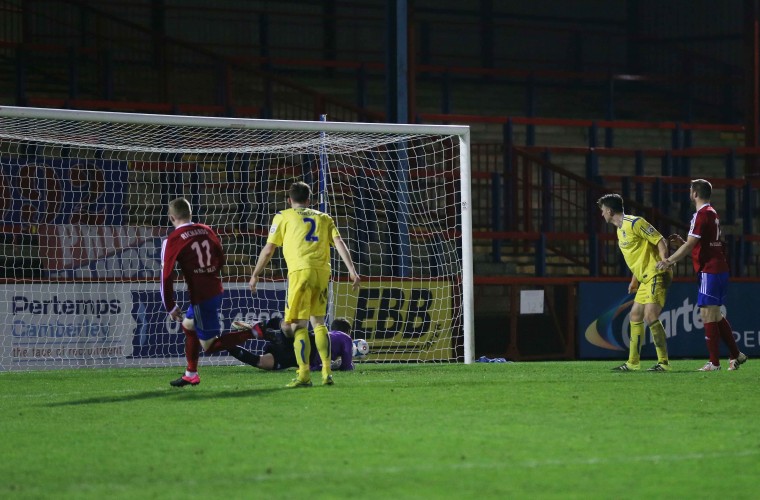 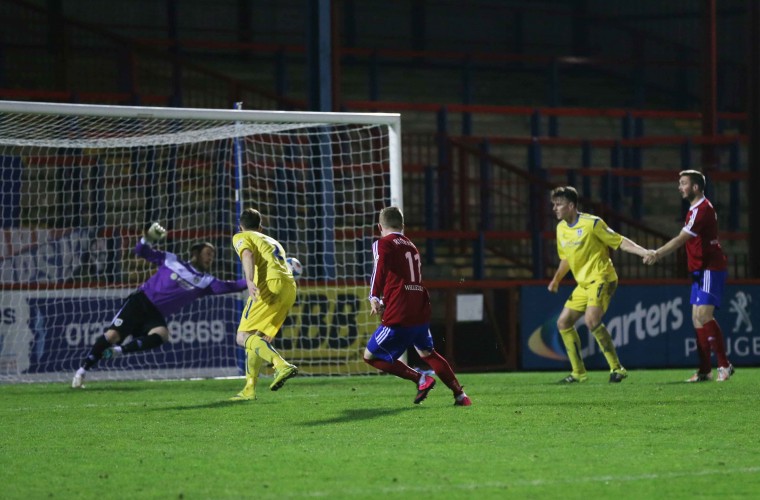 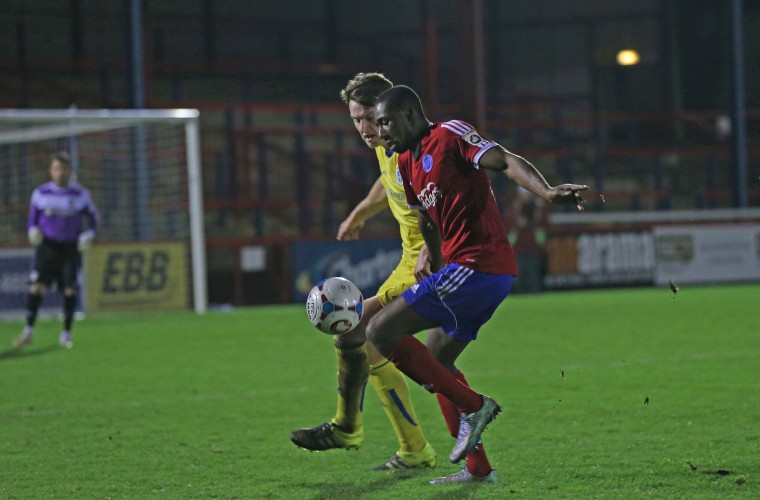 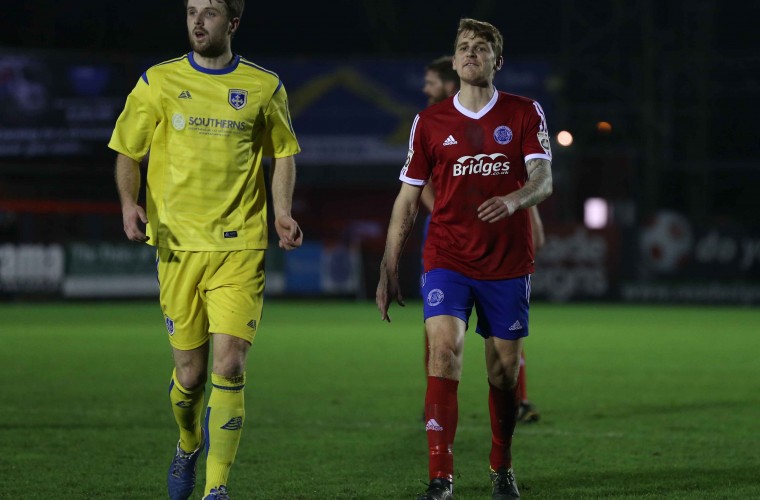 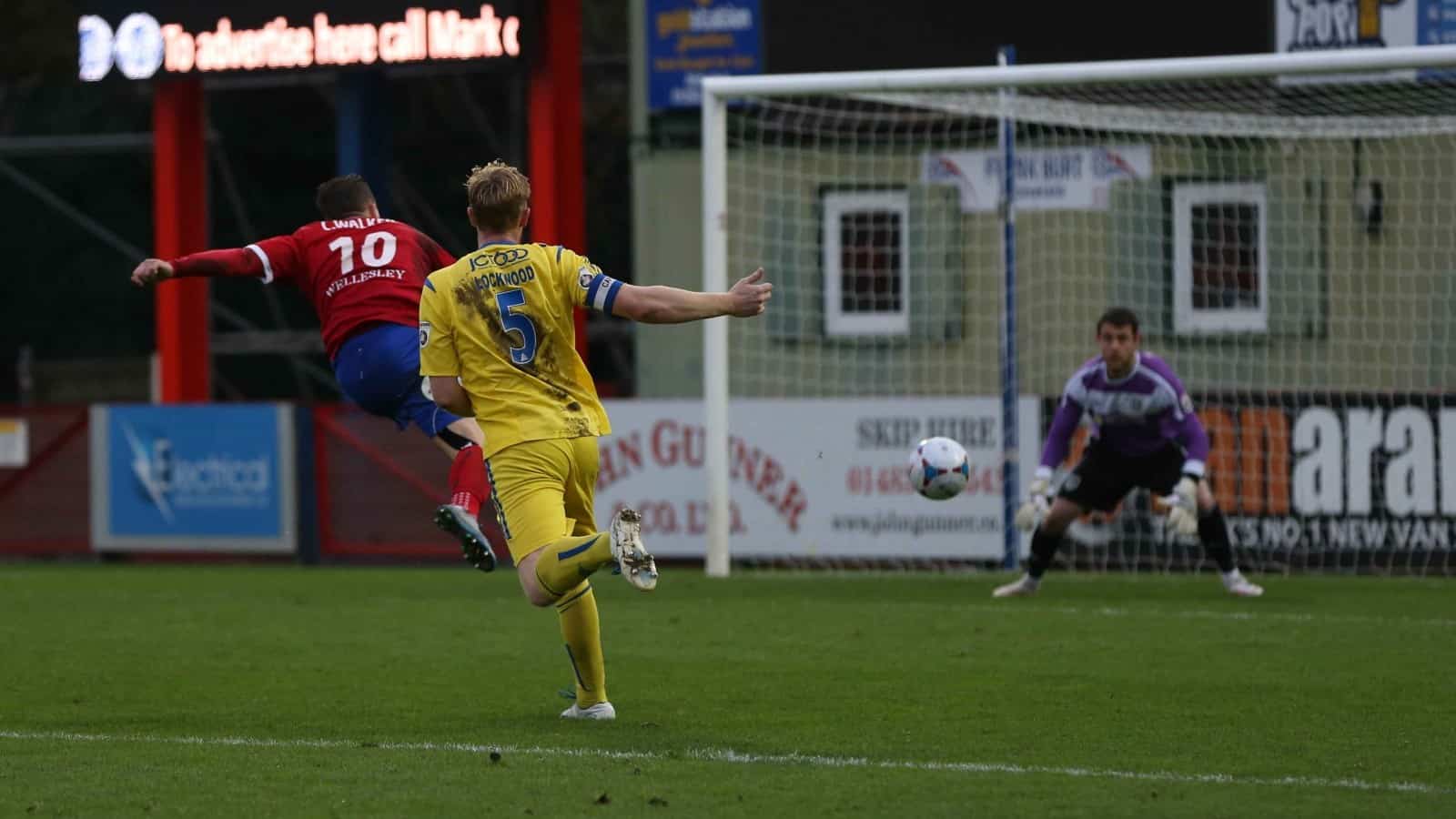 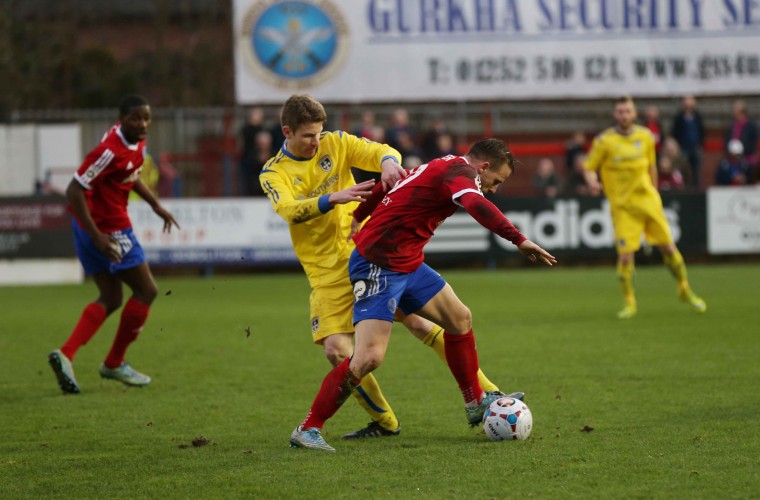 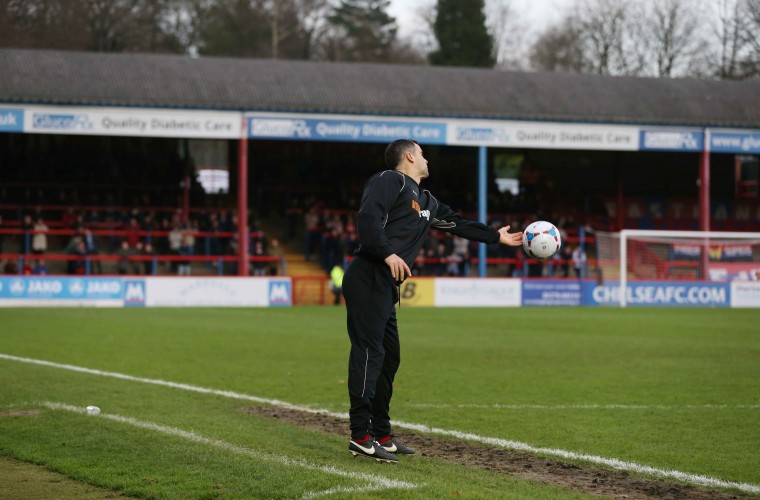 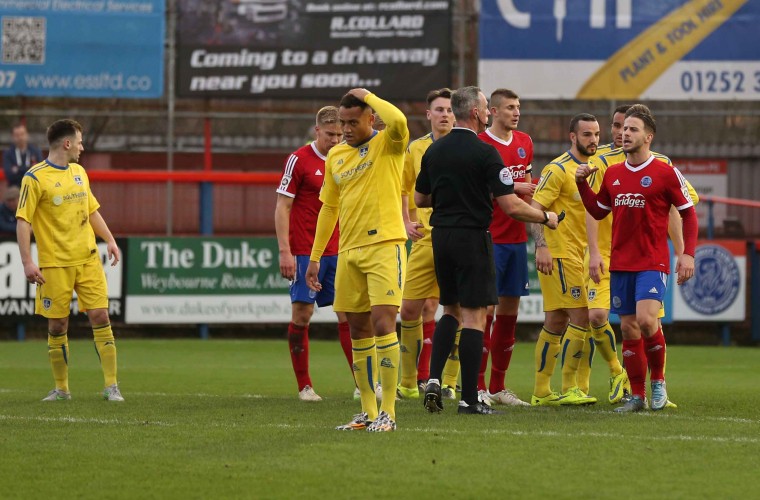 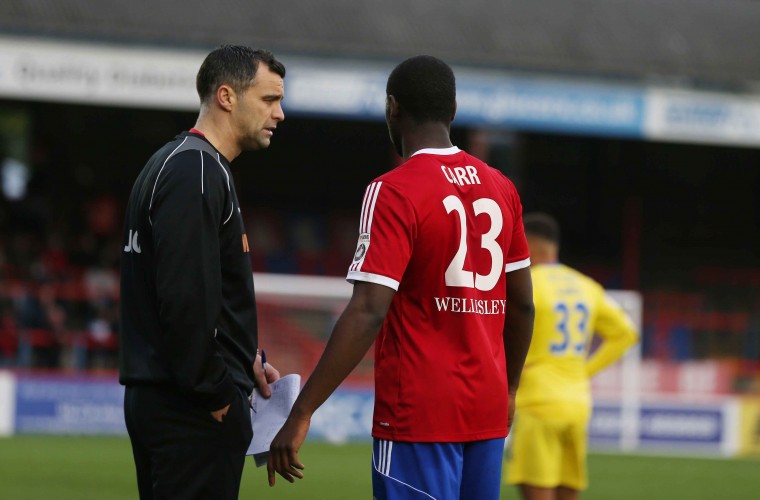 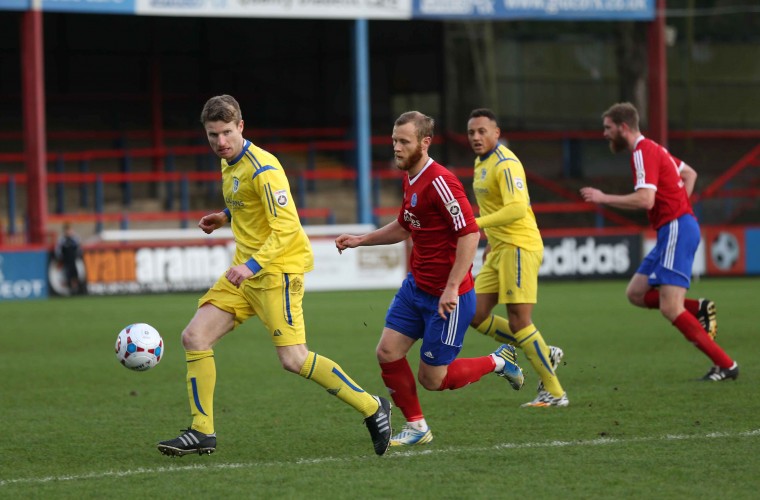 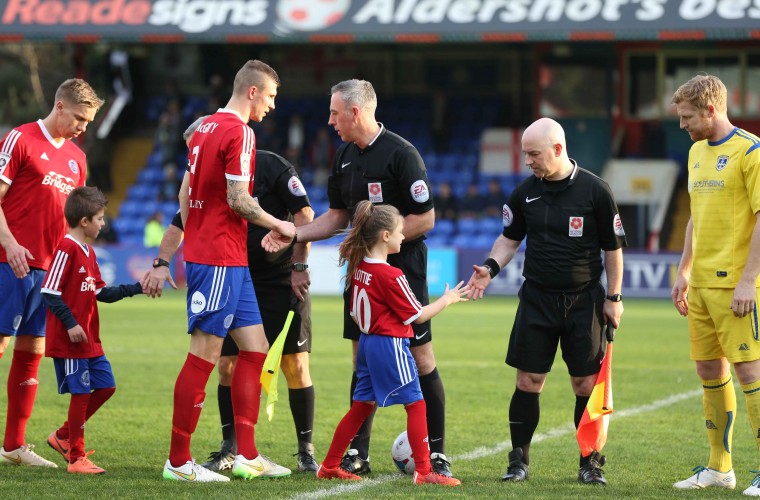 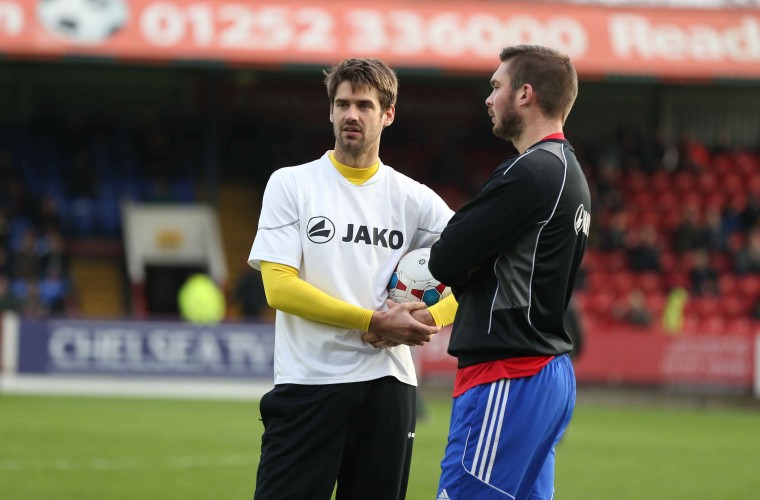 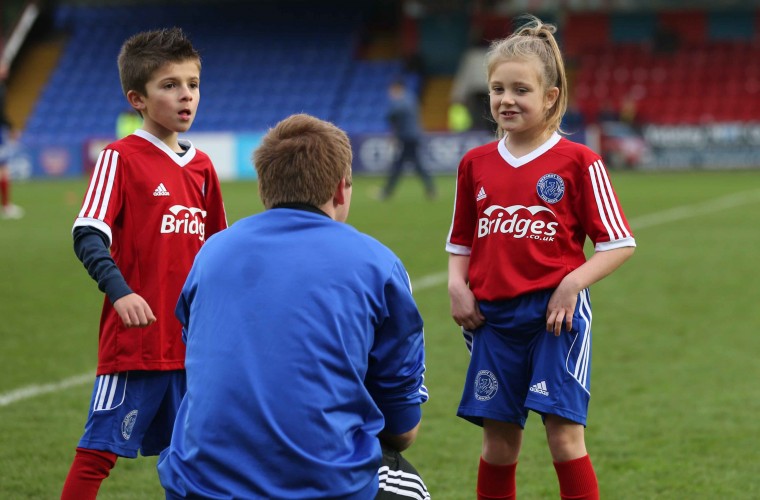 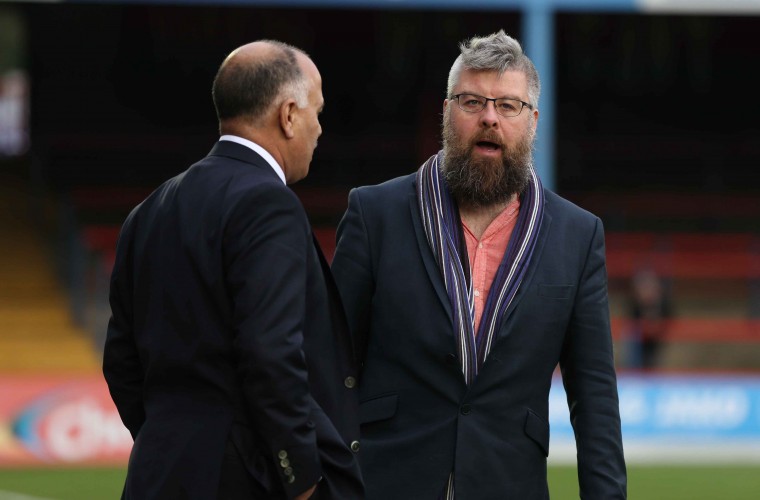 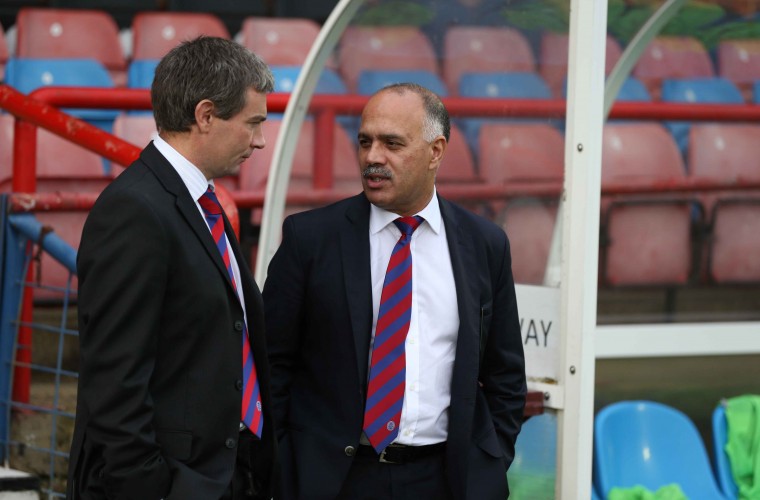 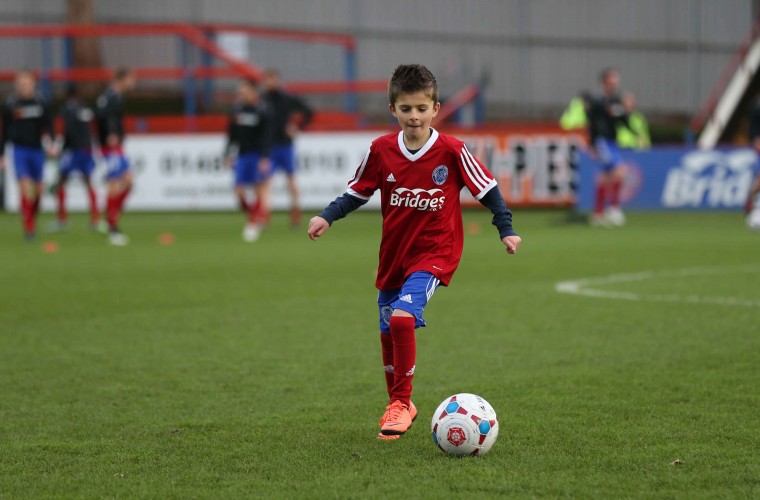 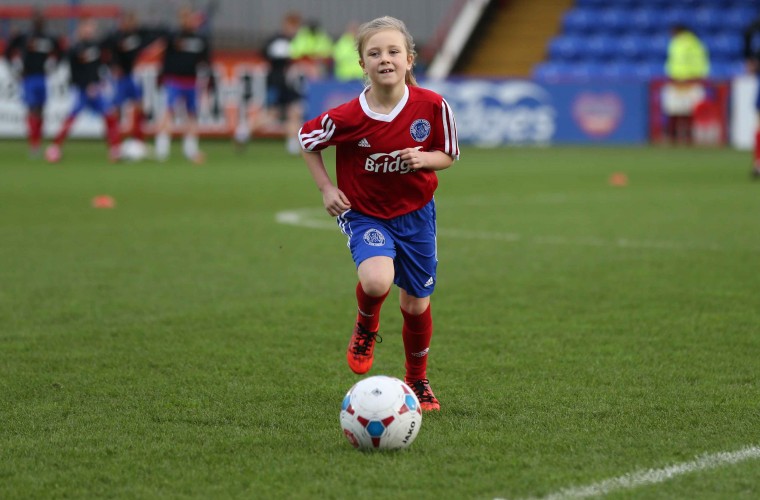 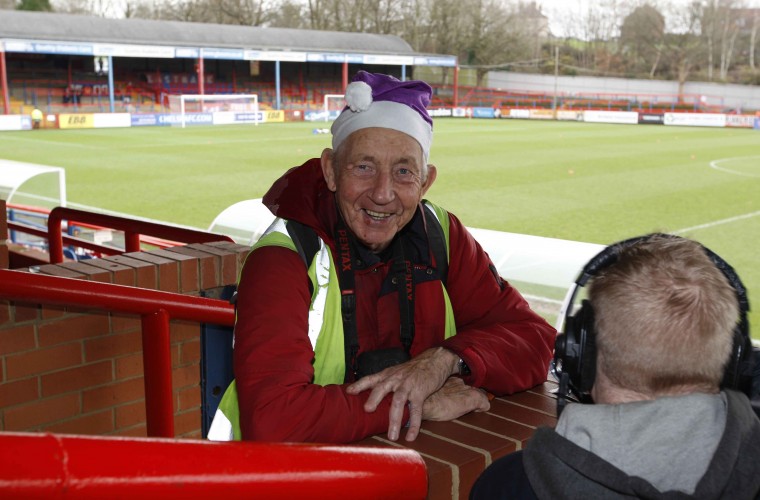 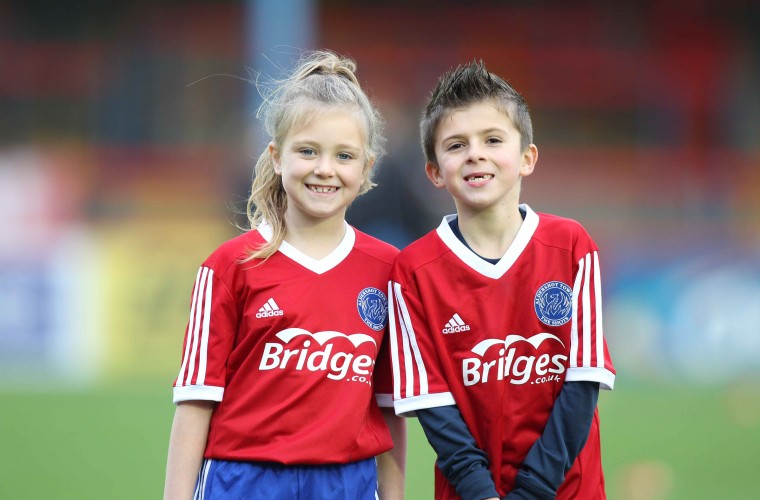 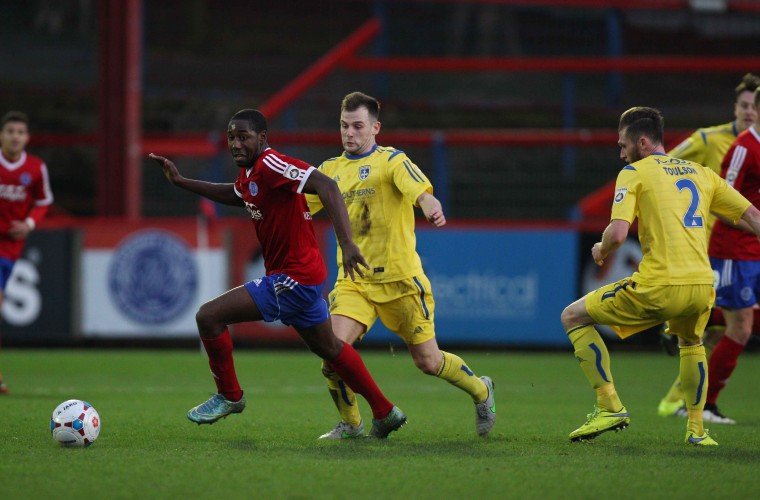 The start of the match however was rather timid. The first twenty minutes saw neither team either to settle well on the ball. Neither looking comfortable and both were making a litany of unforced errors. The ball never really found its way into the final third of the pitch at either end.

The pitch and wind combo was also seemingly causing some issues, with bobbling balls out-foxing players on numerous occasions.

In the 28th minute, Jim Stevenson had to make way due to taking a knock that he felt unable to walk off. His replacement? Jake Gallagher. Returning from suspension for the third time with just over an hour on the clock. Fingers crossed Referee Mr Mark Pottage (who coincidentally has also issued the most cards in the conference so far this season) would be not making it four games in a row for Jake.

The best chance of the half came minutes later, and fell to Charlie Walker. Good exchanges down the right from Alexander, Hatton and Carr allowed Walker to latch onto a ball inside of the Penalty Area, however, with the ball caught under his feet, was unable to really test Steven Drench at his near post.

In the 35th, Charlie Walker was released down the right channel by Gallagher and attempted a a through ball for Carr in the centre. However, the ball was over hit and Carr could reach it, and was unable to capitalise on what would have been a clear one on one.

In the 41st, Guiseley has their best chance of the half as Adam Smith crossed dangerously into the 6 yard box, but a stooping McGinty managed to head behind his own goal to concede only a corner.

Following a Guiseley corner in the 44th, the cleared ball was held up by Carr, who released the overlapped Gallagher into space. A desperate lunge from the Guiseley last man couldn’t connect with the ball, but intercepted Jake himself bringing him to ground. Incredibly, the referee signaled for a Guiseley free kick. One of the weirdest decisions I’ve ever seen at the EBB…

With only those few half-chances to report, and a last minute flurry of excitement, the really disappointing first half came to a close.

The second half began as the first ended. But over the first five minutes the tempo began to increase, and both sides looked to have more intensity and directness with their play.

In the 52nd minute, Dan Walker unleashed a powerful effort from outside the area, but found only the first defender off of which the ball ricocheted into the path of Sam Hatton who slided a shot on target, but central and easy for Drench.

A slight scare in the 55th saw Gallagher lunge wildly into a tackle with both feet off the floor in the middle of the park. Fortunately for him, and his target, he didn’t make a lot of contact with the Guiseley player. The referee had a word and no more, but the whole of the EBB was having flashbacks and an audible collective groan and sigh of relief accompanied that all-to-familiar feeling. Following this, Dan Walker made way for Tom Richards who slotted in on the left of midfield.

That man Gallagher was involved in the next move of note. Picking the ball up deep within the Shots’ half in the 69th minute and driving forward towards the Guiseley area before releasing a perfectly weighted ball to Carr, who, centrally, connected powerfully but drove the ball straight into the Guiseley Keeper’s mid-drift who held with comfortably. The best chance the Shots had mustered so far.

Two minutes later. Guiseley had their own ‘almost’ moment. James Hurst picked the ball up around 25 yards out and struck a fierce shot which Smith managed to get a fingertip to and push onto his own crossbar. An excellent save, and the Shots could really have been a goal down.

In the 76th Charlie Walker made way for Richard Brodie, and three minutes later, the Shots got their breakthrough. Following some good work from Cheye Alexander down the right wing, Jake Gallagher reached the byline and pulled a cross back into the Guiseley area. The ball ran behind Brodie and his marker, but Tom Richards who adjusted his run at the back post connected with a solid sidefoot from around 16 yards, planting the ball into the right-hand side of the Guiseley net.

The goal gave a burst of life to the Shots, it looked as if a weight had been lifted of their shoulders. That said, the job was not done yet.

Two minutes later however, Richards was involved again. This time, his corner was recycled back to him on the left wing, and his whipped cross was met by Brodie at the back post who could only find the side-netting.

By this point, the Shots had begun to drop deeper, and were looking to wind down the clock with every opportunity. Most noteably, Carr performed brilliantly to hold the ball up on several occasions, winning possession off of long balls when he really wasn’t favourite to do so.

One of the last actions of the match, deep into the three minutes of added time, saw Brodie win a free kick mid way into the Guiseley half. Joe Oastler struck the dead-ball and managed to beat the ‘Keeper, but not the goal frame, as the ball came off the crossbar. Carr’s follow-up was hit straight at Drench.

Soon after, Mr Pottage blew for full time and the Shots can sleep happier tonight having earn’t an important three points.