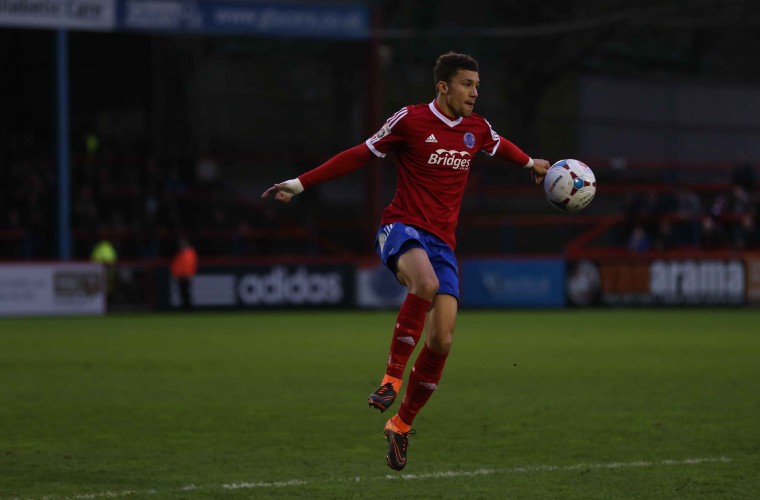 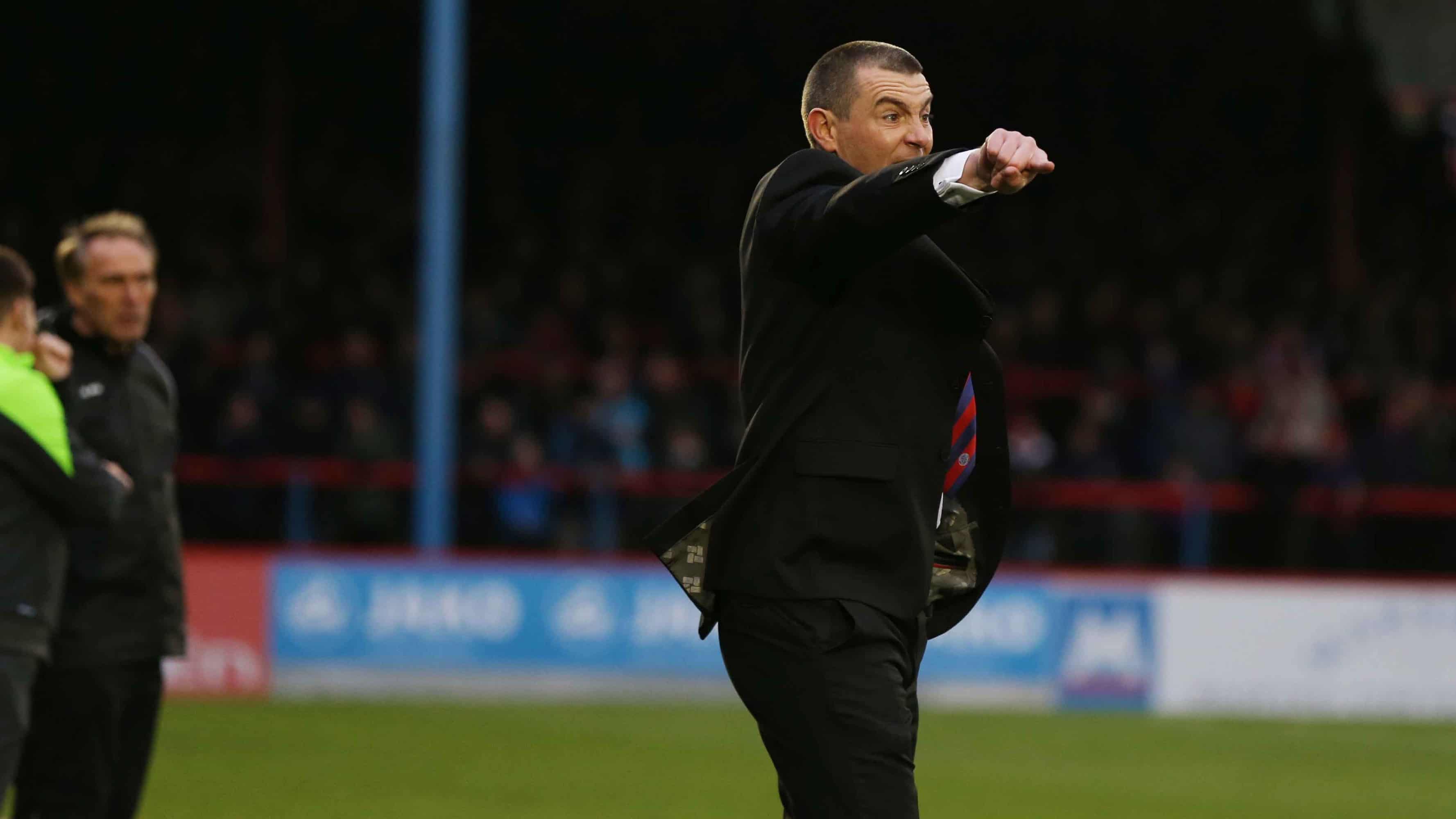 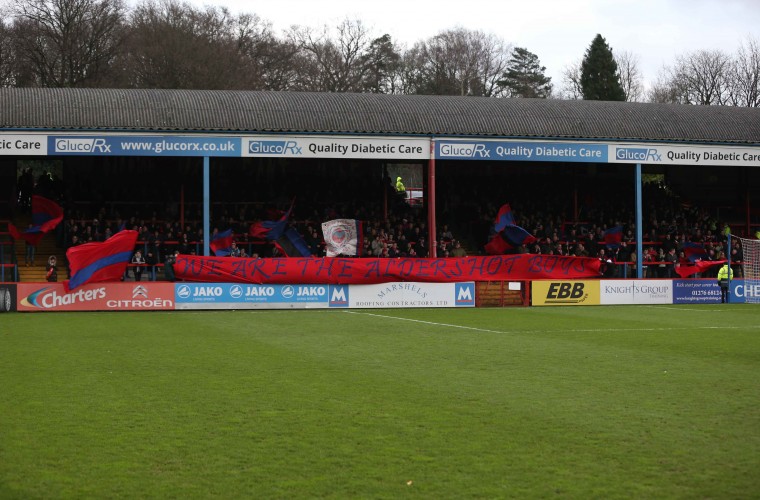 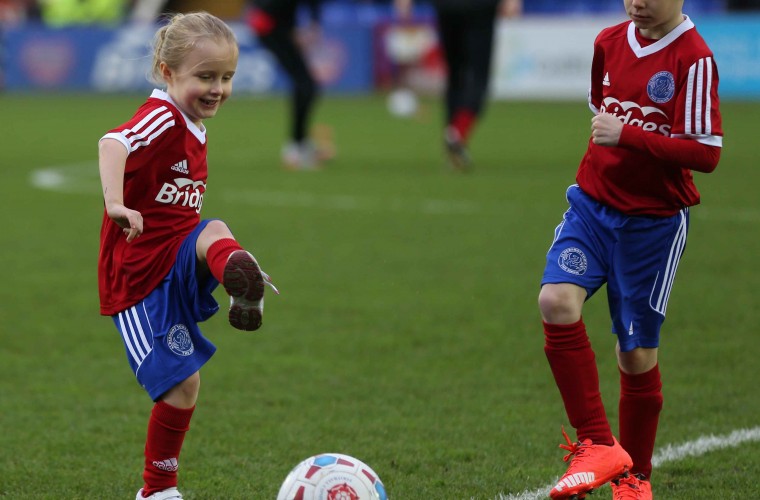 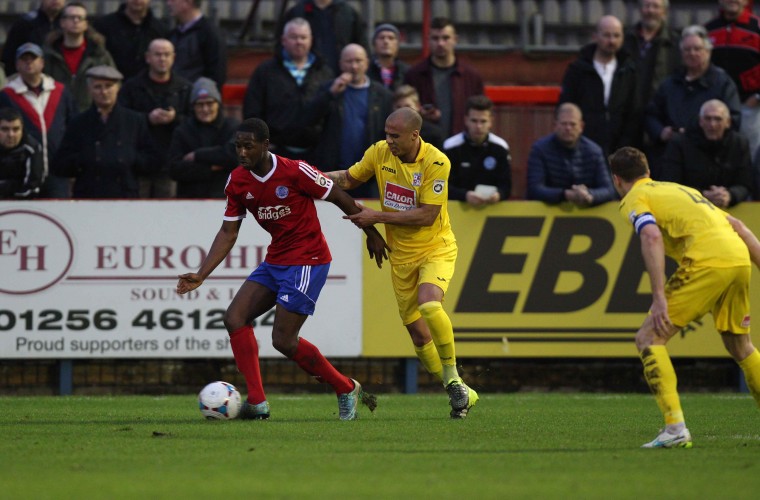 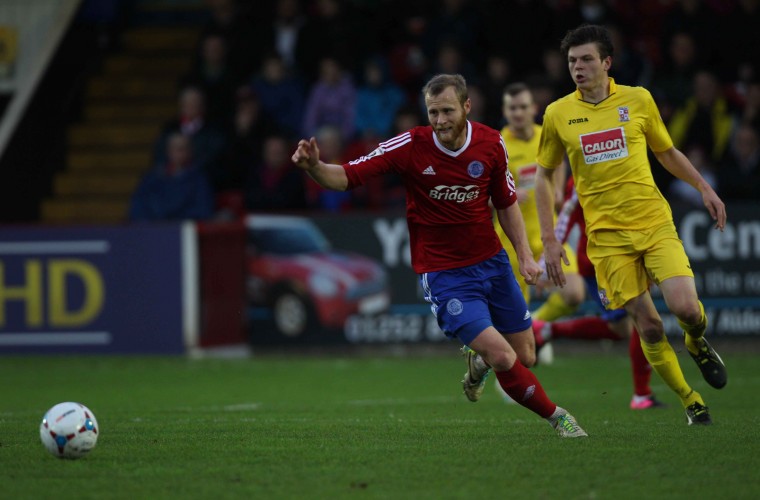 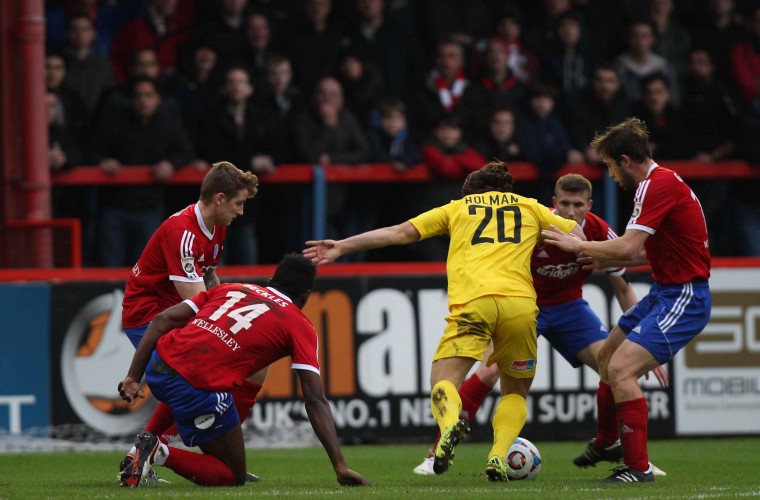 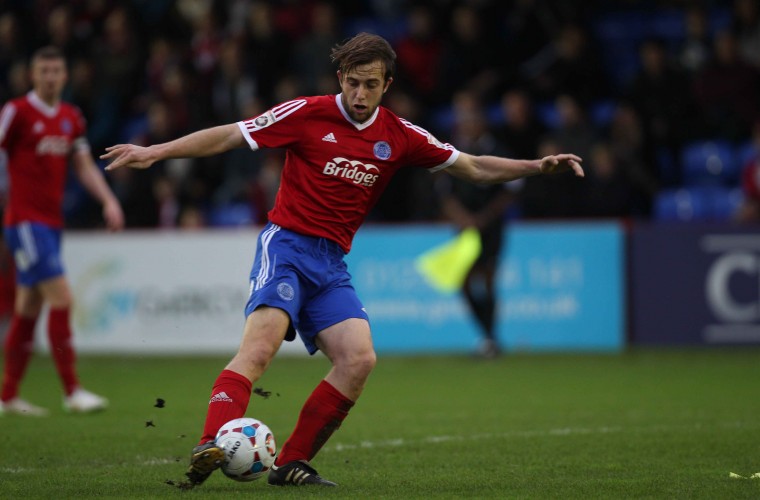 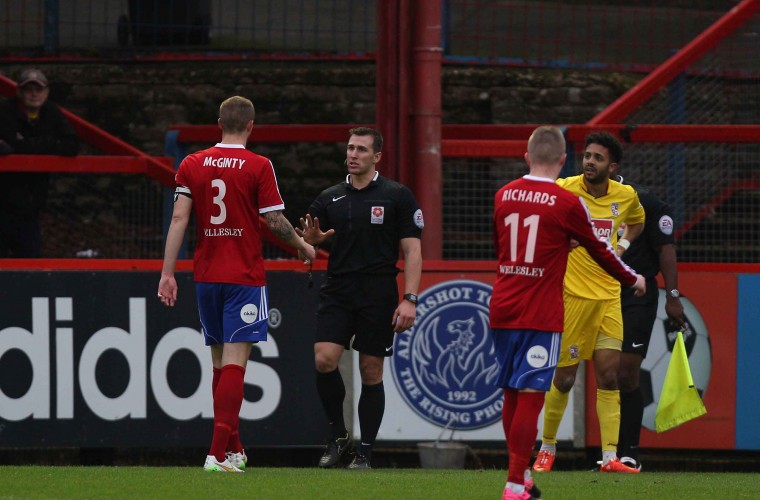 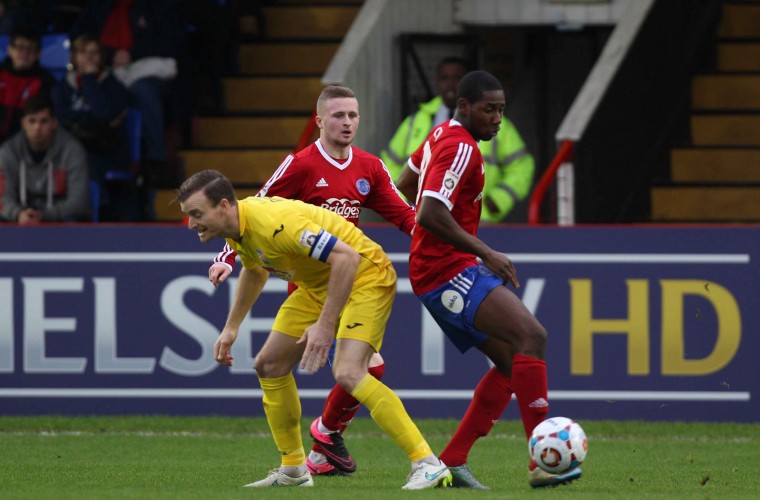 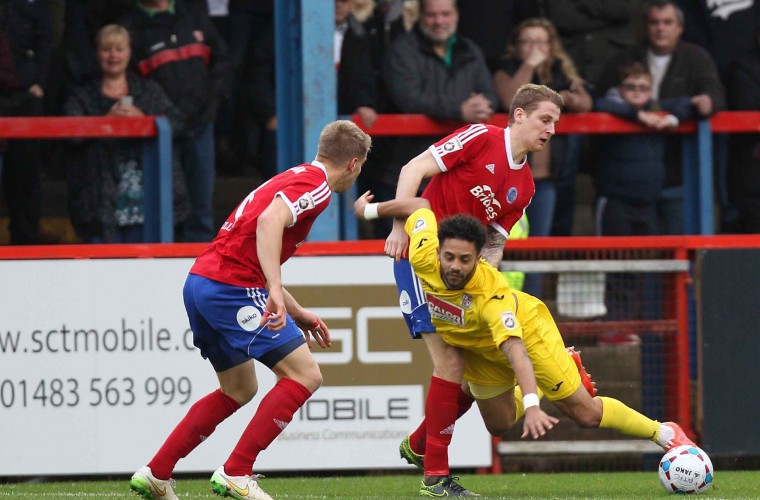 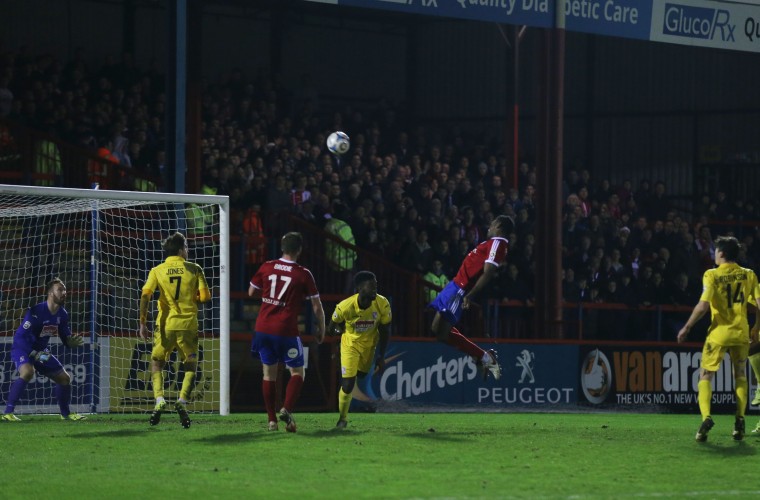 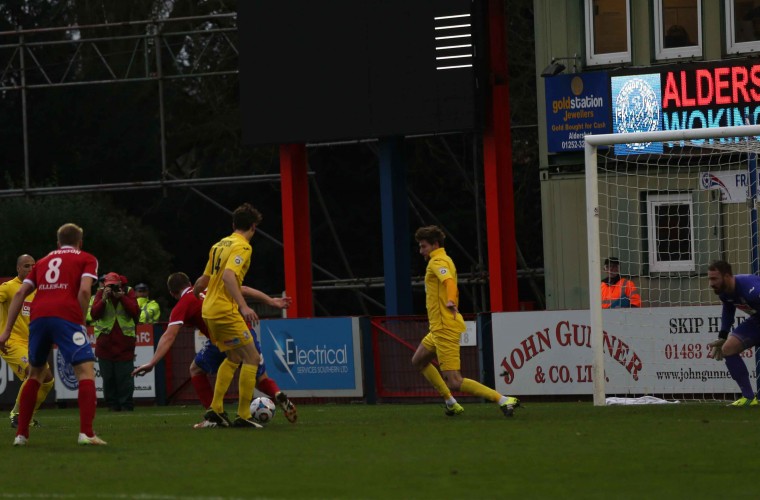 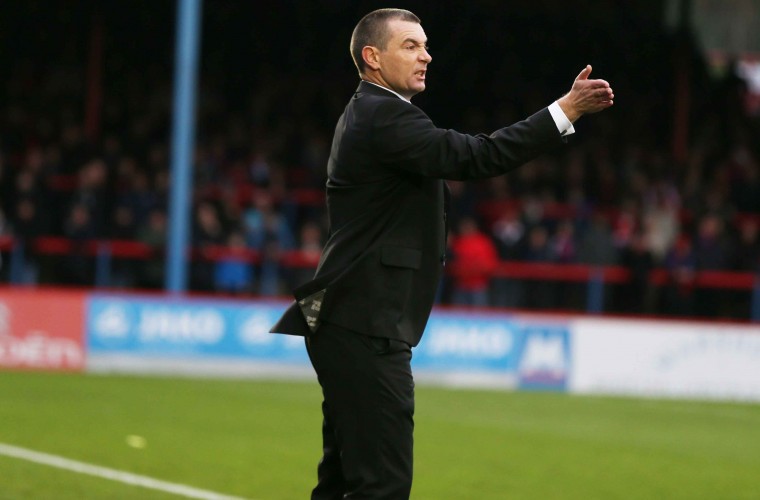 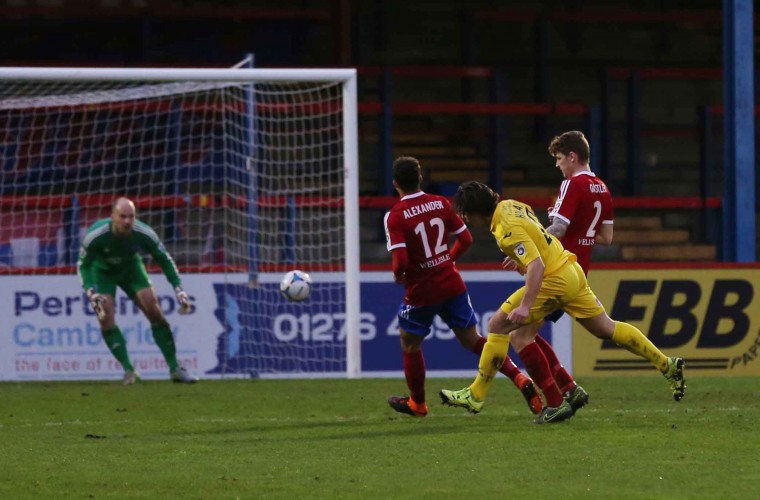 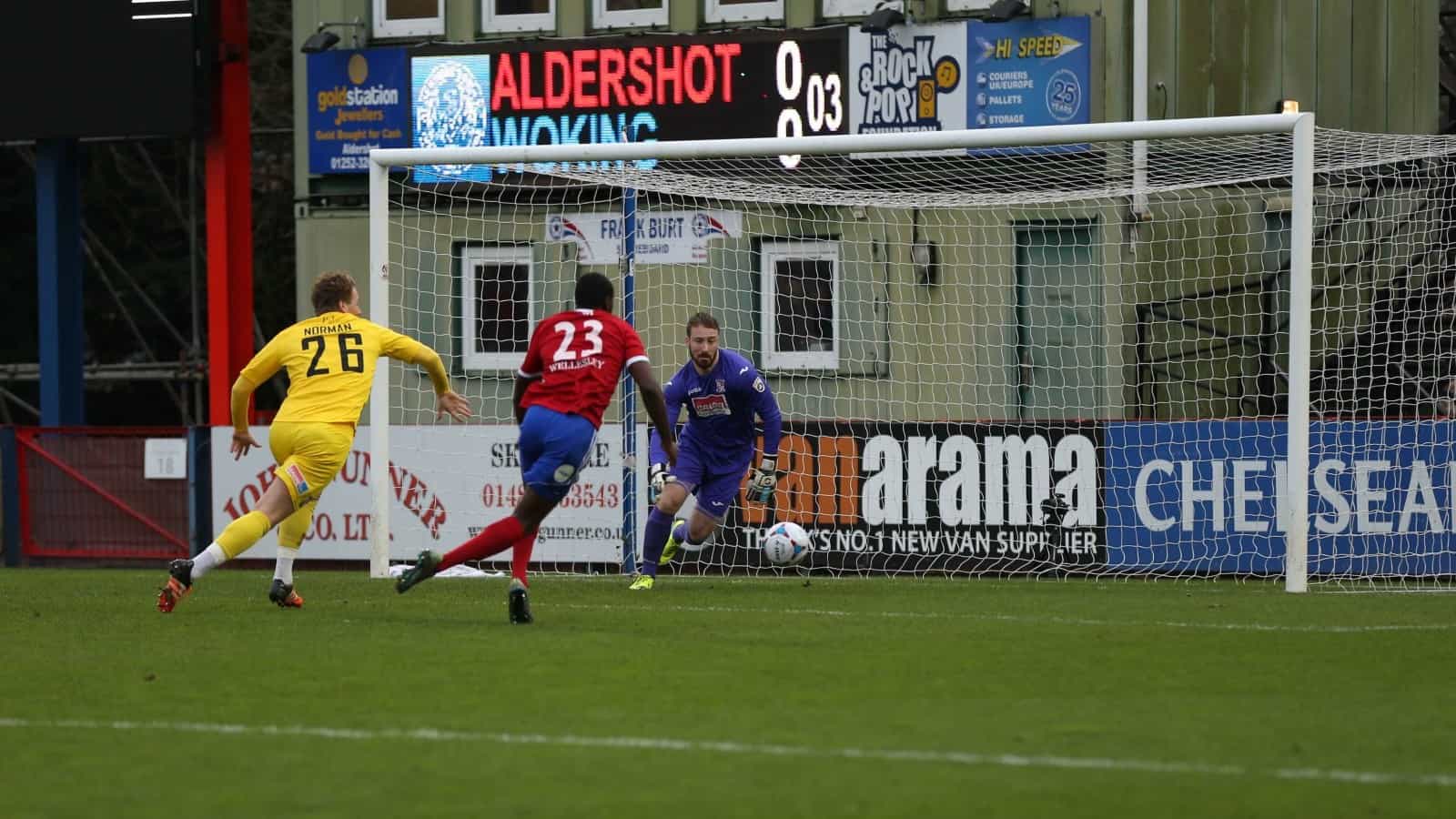 Following Saturday’s 1-0 win last time out at home to Guiseley AFC. Manager Barry Smith named three changes to the starting eleven as Omar Beckles, Jake Gallagher and Richard Brodie came into the fold replacing Luke Oliver, Damon Lathrope and Dan Walker. Former Aldershot Town loanne Dan Holman was in the visiotes squad as they made three changes from the side that beat Gateshead 5-1 in their previous encounter. Prior to kick off the atmosphere in the EBB Stadium was really building with both Shots and Cards fans here in good numbers and fine voice.

The game started off quite edgy with both sides playing with caution and an intent to counter the opponent, however both could only muster a few half chances and with the game was only six minutes old when Sam Hatton picked up the ball 25 yards out but dragged his long range effort well wide. Woking then saw an opportunity to counter and John Goddard’s clever ball fell to Dan Holman who skipped past McGinty but saw his shot go wide of Phil Smith’s left hand post.

The game was tense at this point with Woking starting to gain more confidence going forward and it was the visitors who opened the scoring after 40 minutes when Dan Holman slipped the ball into the path of John Goddard inside the penalty area, which resulted in Goddard slotting the ball low past Phil Smith. 0-1 Woking.

The second half started in a much similar vain to how the first half did, where both teams were looking to keep a tight shape without giving the opposition to much respect in their play. However when the clock reached 60 minutes it was Aldershot who started to show a better attacking presence with Tom Richard setting the overlapping Sean McGinty for a first time cross which found the head of Richard Brodie who could only power his header high and wide.

With just 20 minutes remaining Woking almost doubled their lead after Omar Beckles back pass was underhit with Phil Smith slipping but connecting with the ball which then powers against Joe Quigley cannoning just wide.

Aldershot huffed and puffed in the final 10 minutes but couldn’t do enough to break down a determined and dogged Woking defence who dealt with everything thrown at them all afternoon with relative ease.

The final whilstle blew much to the delight of the visitors who leave the EBB Stadium once again as 1-0 winners. The Shots will now turn their attentions to Monday’s away trip to Eastleigh looking to bounce back against a side who themselves have picked up in recent weeks.