Playing the team sitting top of the table was never going to be an easy task, but the 0-2 scoreline doesn’t exactly tell the whole story for a Shots side who stood toe-to-toe with table-topping Cheltenham for vast periods of the game. 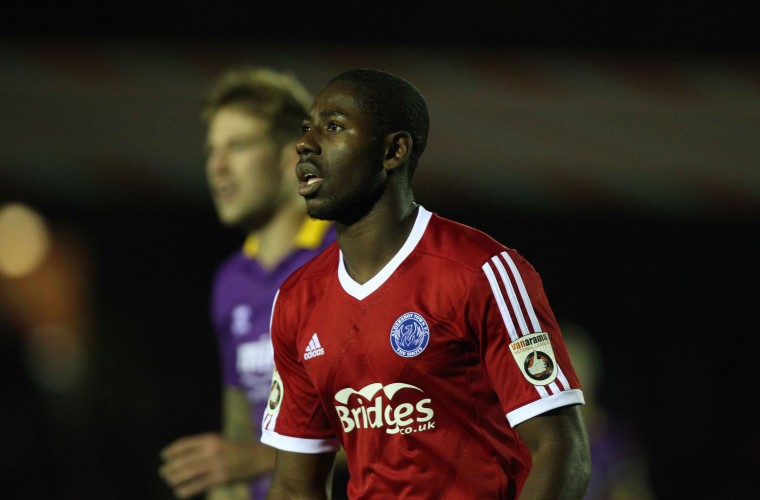 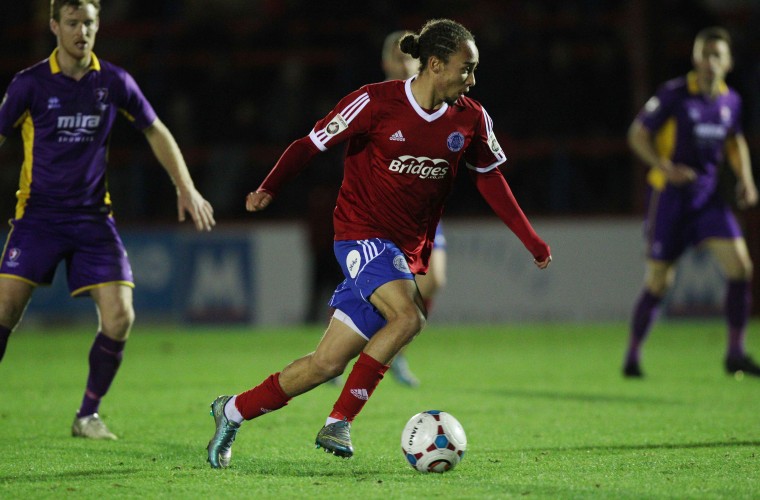 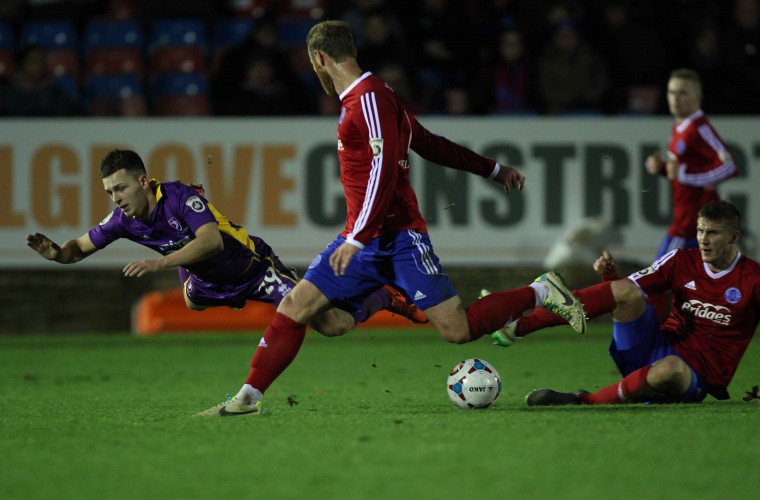 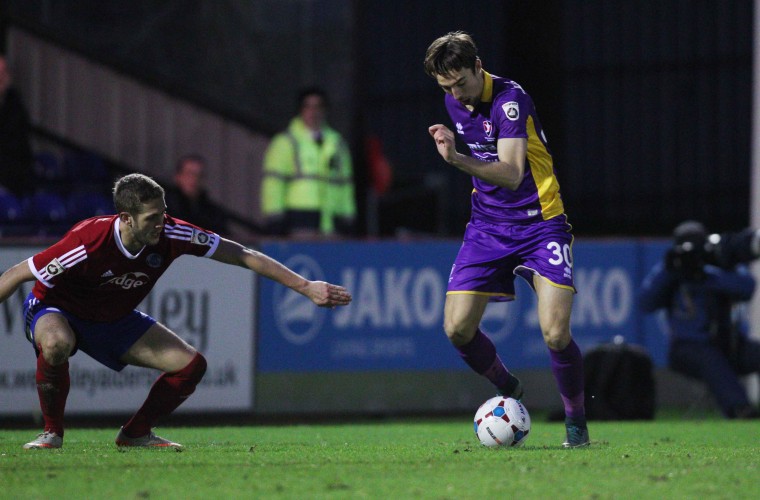 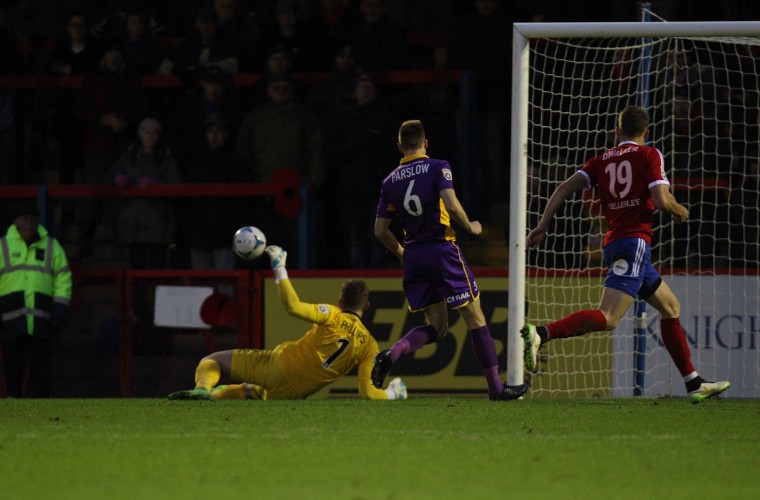 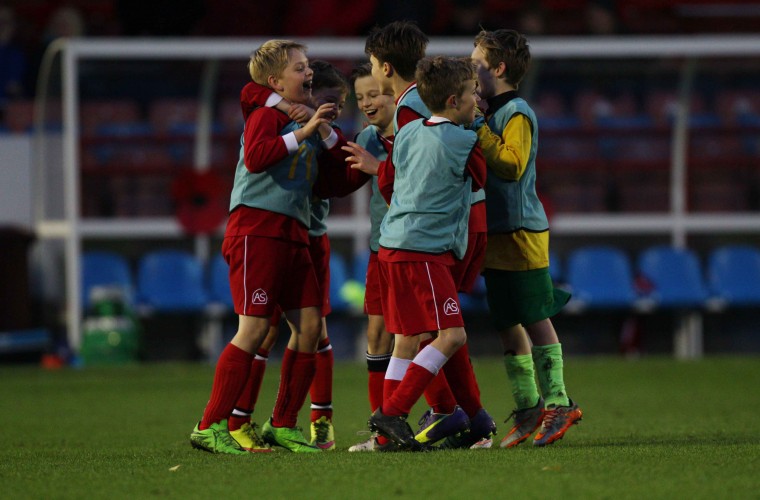 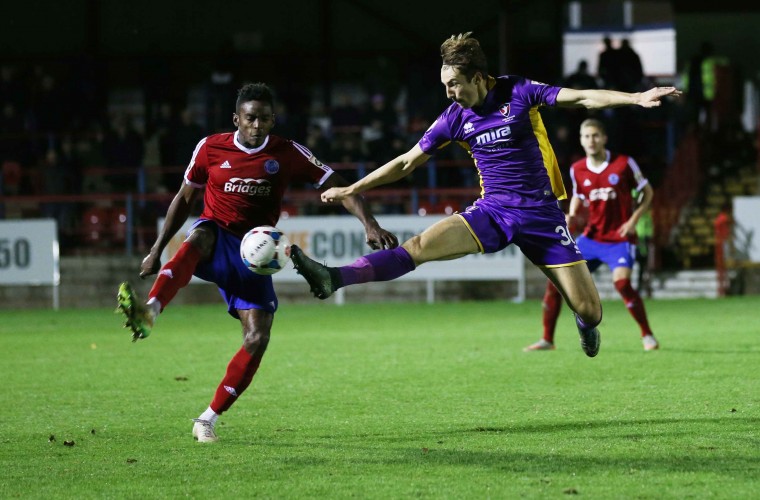 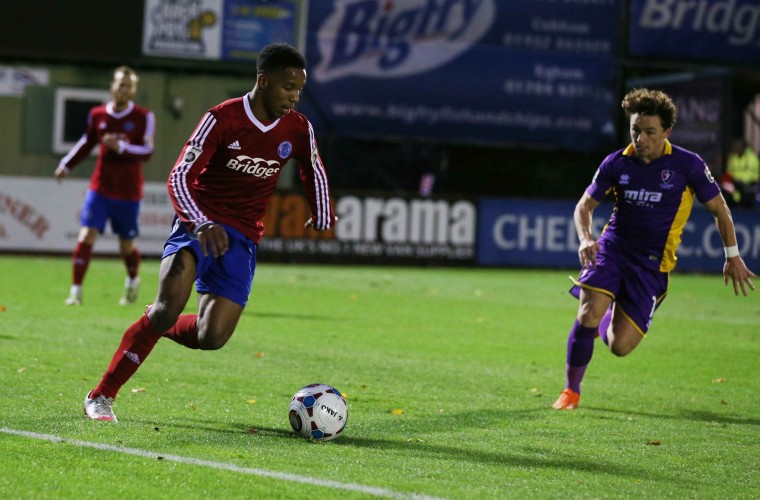 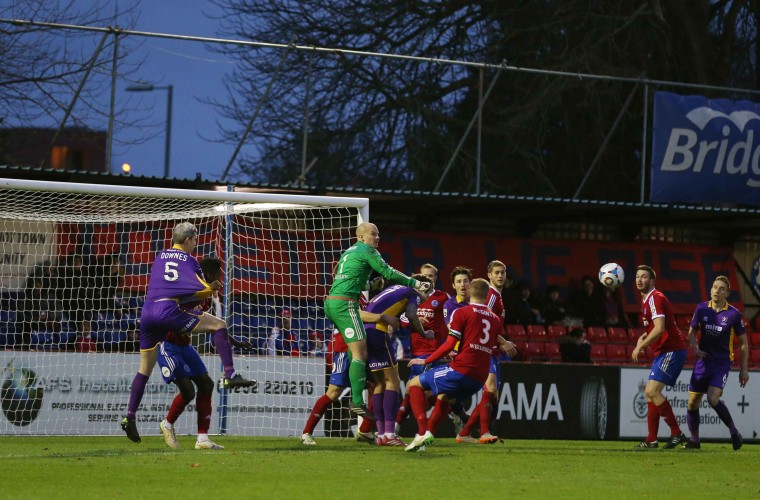 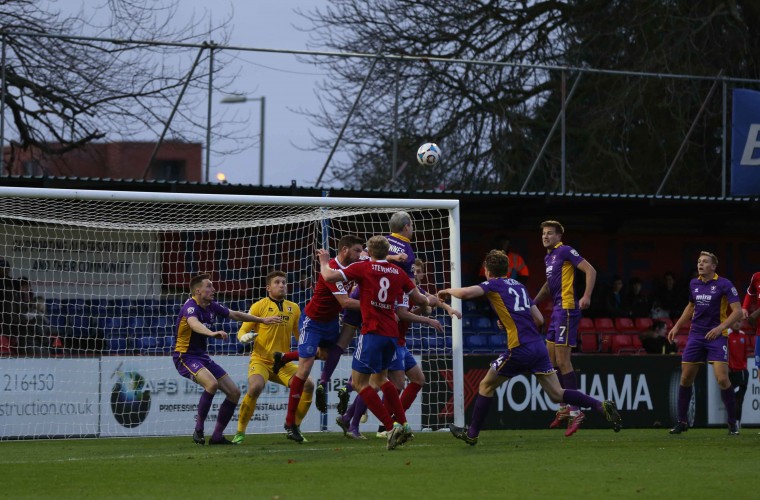 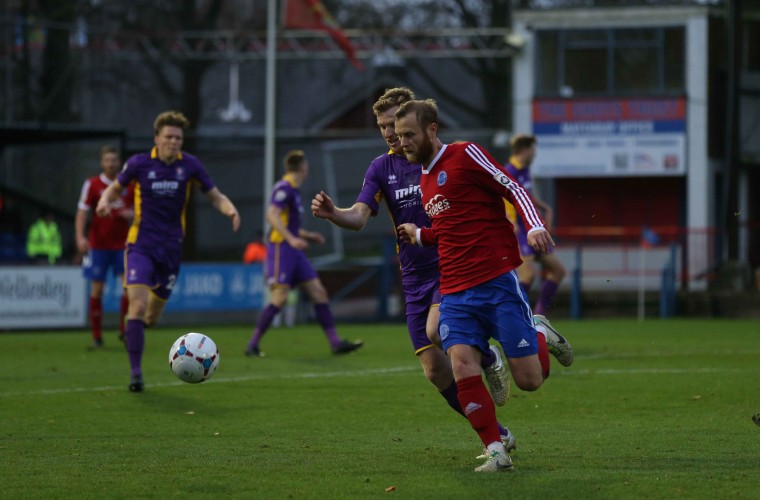 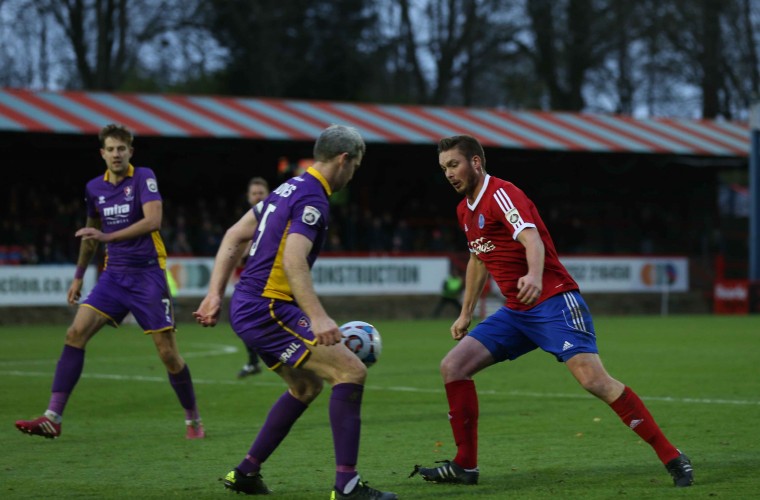 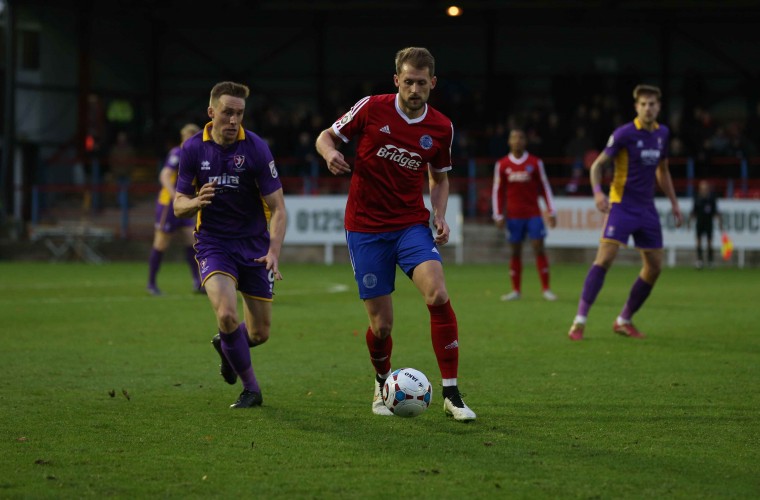 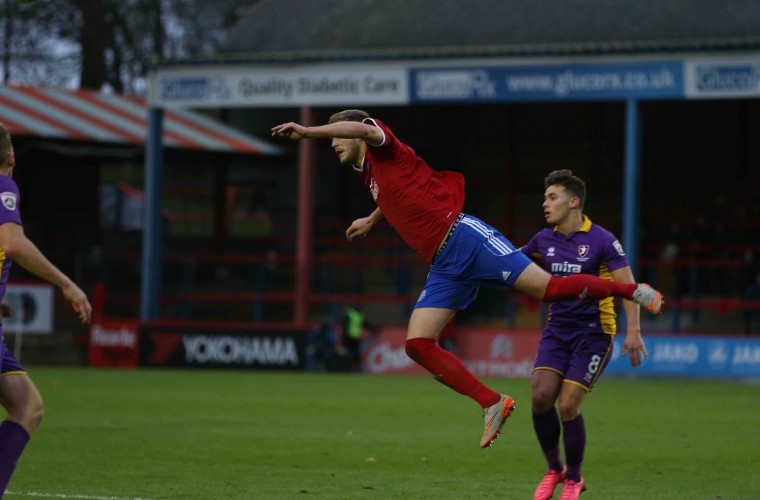 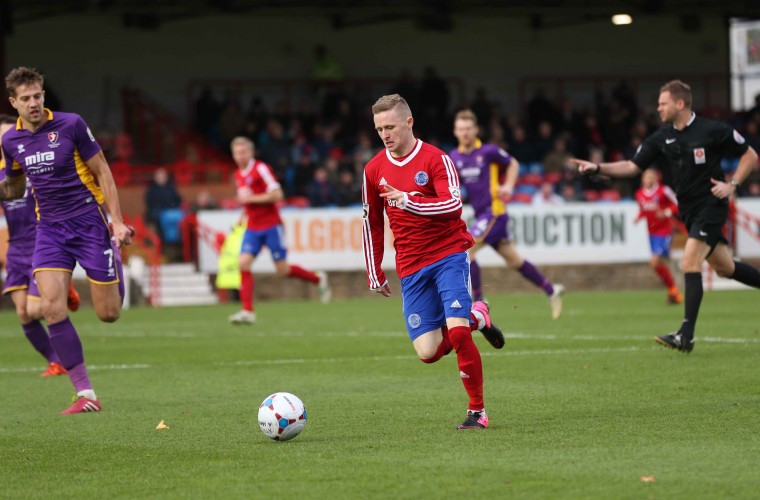 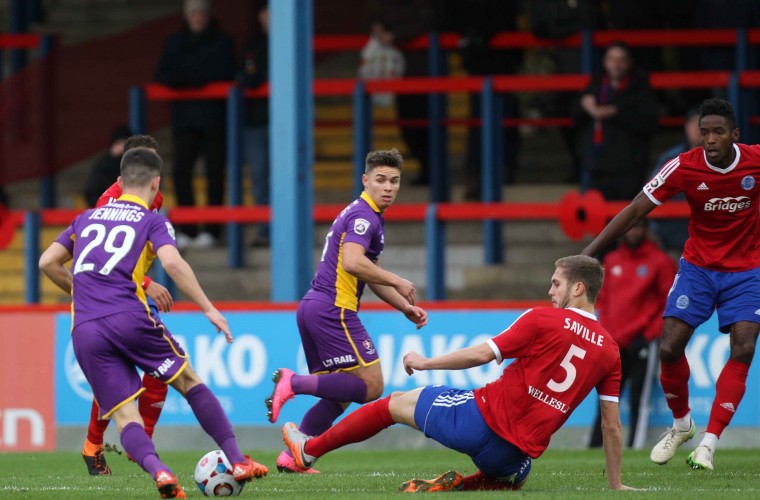 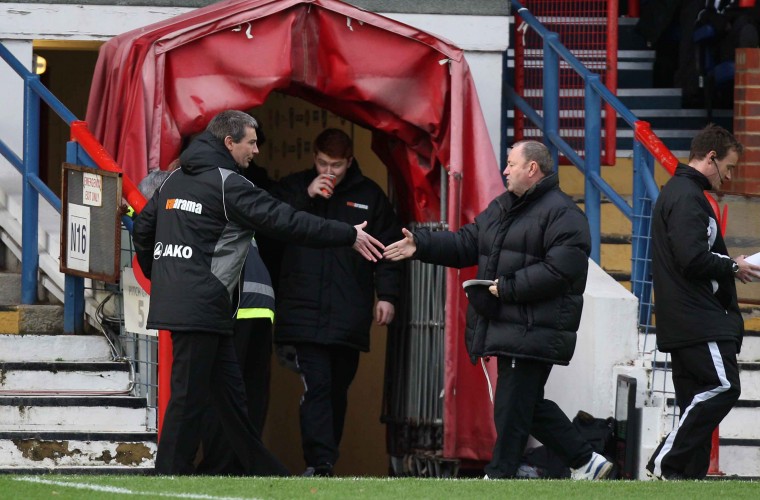 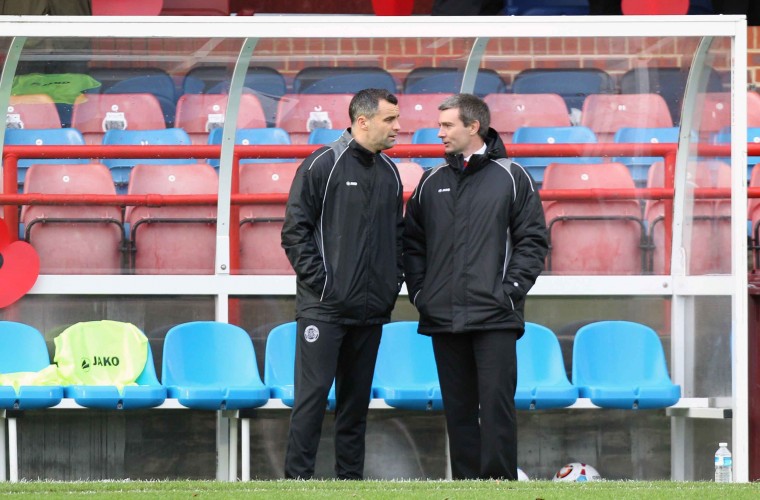 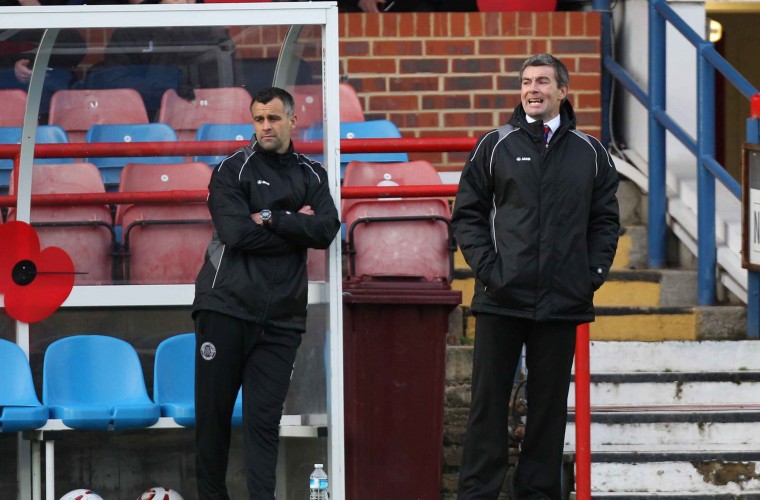 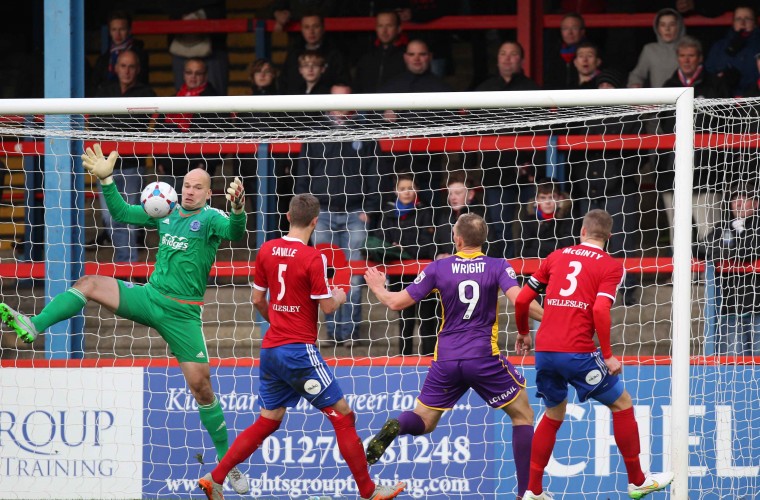 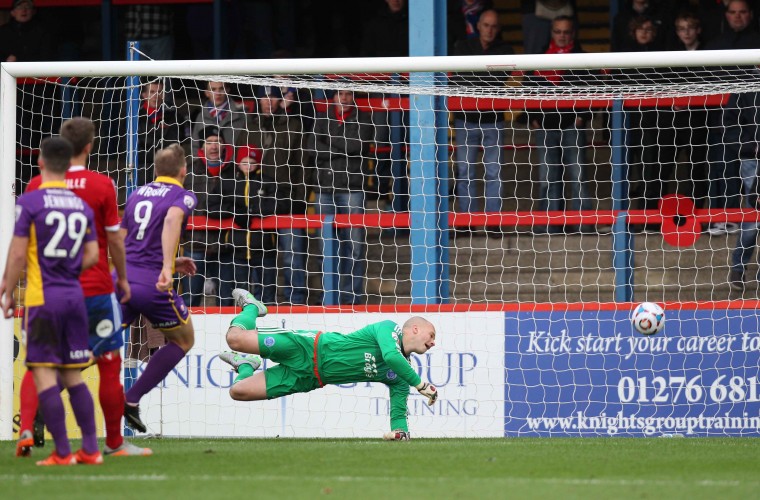 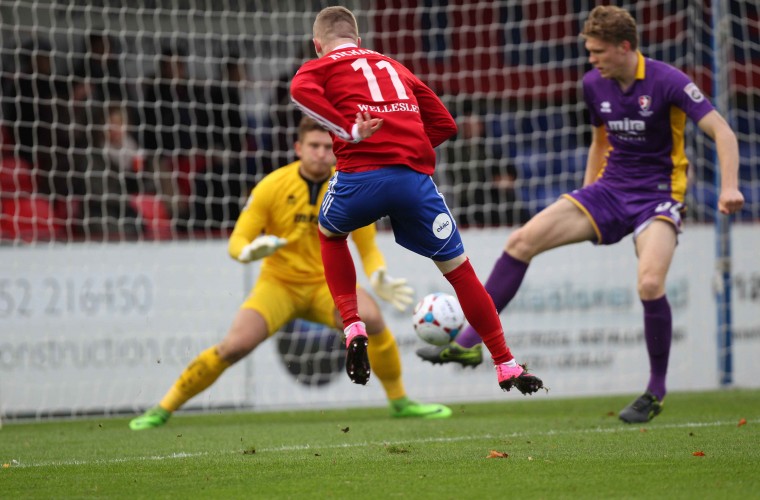 With the Shots kicking off towards the High Street end in their usually red and blue, there was an anxiety around the EBB about what kind of performance the purple-clad Cheltenham Town were going to bring to Hampshire. They lined up in the usual 4-4-2 but with Charlie Walker making way for Dan Walker up front pairing with Brodie, and Browne slotting into right-mid. Hatton and Stevenson started central, with Gallagher serving another suspension. Tom Richards took up the remaining position on the left side of midfield. The defence saw the usual figures of Beckles, McGinty and Alexander but with the return of Saville from injury meant that Barker could resume his duties on the sideline.

The Shots started the most spritely, squandering a couple of early opportunities. The first fell to Rhys Browne who ran onto a neat through ball from Alexander, only to see his angled drive smothered by Phillips. The second, moments later, saw Richards connect onto an Alexander cross, but this time blocked out for a corner. A really encouraging opening five minutes for the Shots.

On Cheltenham’s first real venture up-field Saville was caught in possession by Jennings outside of the 18 yard box, Stevenson, trying to retrieve the ball conceded a central free-kick that Pell lined up. It was driven hard and low, through the wall. The shot took a big deflection, wrong-footing the already committed Phil Smith, and bouncing into the net centrally.

The period that followed was much more even, with both teams taking turns to attack. Browne was integral to most of the attacking threat for the Shots, earning goalscorer Pell, a yellow card in the 12th minute as he evaded a challenge and pulling a cross back to Dan Walker in a separate move to slot a shot inches wide.

It was that man, Browne, who was penalised for a soft free-kick out on the left touchline, Munns’ delivery from deep evaded everyone in the Shots’ area, bouncing through the 18 yard box and nestling inside of Phil Smith’s left-hand post. Incredibly, it was 2-0 and the Shots had an uphill task ahead of them.

The task may have gotten more difficult, more the approach didn’t change. The Shots continued to apply the pressure. In the 32nd minute, Dan Walker beat the Cheltenham defence for pace onto a long-ball, chipped the onrushing keeper, only for the ball to drop wide of the right-hand post.

Two minutes later Browne forced Phillips into a great save, earning himself a yard of space inside the penalty area with some trickery after he brought down Alexander’s delivery from the right.

The first half wound-down with a few corners and half-opportunities for both sides, but nothing could change the scoreline.

The second half began with some Cheltenham pressure, but the Shots got back into their stride within the first five minutes or so and began to impose themselves again. It was Cheltenham however, who had the first meaningful chance of the second half, with half-time sub, Novakovich rattling the crossbar in the 59th minute after holding off Saville inside the area to generate enough space to shoot.

By the 72nd minute the introduction of two debutantes for the Shots, Carr and Harness, had begun to make an impression on Cheltenham (with Richards and Dan Walker making way). And, in the 73rd minute the other goalframe was shaking. This time as a result of Carr pouncing onto a free ball after Phillips had raced off his line to clear the ball and misjudged the flight. A big chance to get a foothold back.

The third substitution saw Charlie Walker replace Brodie in the 75th and accompany Carr upfront. The Shots continued to pile bodies forward, but the Cheltenham defence stood resolute, with the reds unable to find a way to create anything clear-cut.

At the other end, Novakovich rattled the frame for a second time. This time the post, after Beckles didn’t deal with the threat at the first chance. His weak header fell to Novakovich who found himself a yard of space to bend the ball past Smith but not enough to get inside the right hand post. Really one of only three or four chances on goal that Cheltenham were able to forge in the second half.

The game from there fizzled out, with the Shots unable to force a comeback, even with 5 mins of additional time.

The Shots fell to a fourth consecutive league defeat in a game where they’d dominated in spells and had more shots than the league leaders due to two very soft first-half goals. A disappointing scoreline after a relatively positive performance. Can the Shots take some momentum forward and get anything away at Dover?