Day One: The tour party met at 6.30am at Gatwick with players excited and parents grabbing the coffee to wake up; typically it was the players closest to the airport that were last to arrive. Passports and tickets collected, with fines’ list handed out, everyone boarded the plane and we were off on tour.

Upon arrival in Barcelona we were greeted by our tour guide Luis. We gathered the rest of our group together and headed off towards the hotel, with some terrible music being played on the boom-box.

Lunchtime was the first chance for players to test their Spanish, which resulted in everyone relying on Luis and Zach to translate the entire menu for them!

The afternoon/evening was spent on the beach, of course resulting in a coaches/parents against kids game. The players then quickly darted into the ice-cold sea before heading back to the hotel for dinner and relaxation to prepare for the day ahead.

Day Two: A nice relaxing first morning in Barcelona with a traditional Spanish breakfast and the boys were boarding the bus for their first training session. Arriving at RCD Espanyol and preparing for the session the heavens opened just to make the players feel at home. The training was a great experience for the players with two RCD Espanyol Academy coaches taking the session.

The boys had some free time upon returning, to grab some lunch and get ready for the evening. Nerves were aplenty – especially Sam as we still had to collect the tickets. After a brief stop everyone could now get excited as Sam had 37 tickets in his hand for the Champions League Quarter Final, Barcelona v Atletico Madrid. It was an unbelievable experience to be at the Nou Camp watching some of the best players in the world, especially being sat directly in front of the away fans creating a fantastic atmosphere. The boys were buzzing on the way back, and even though it was a late night I am sure they were dreaming of playing there one day.

Day Three: Up early after the late night, the players boarded the bus for some sightseeing in Barcelona. With Luis providing the history, the boys hopefully learnt a lot and managed to fit a lot into a short space of time. We managed to see some of the famous buildings all around the city centre, including the old bullring and La Familia Sagrada. We also managed to visit Las Ramblas and the fountain where Barcelona celebrate winning all their trophies.

After lunch we headed off to our first games of the tour against C.D. Almeda. The U14s were playing the first game and started very strongly, moving the ball around quickly and attacking at speed. Aldershot Town raced into a 3-0 lead with goals from Matt O’Flaherty, Joe Rabbetts and Rocco Zablan. Into the second half, with Almeda using a lot of subs and the boys starting to tire, Almeda took full advantage and scored two good goals to make the game 3-2. This set-back woke Aldershot Town back up and they started to control the ball better, pushing on to get the fourth goal which came from Lewis Boniface with a great strike. Into the last 5 minutes and a cross came into the box, out of nothing the referee decided to award a penalty to Almeda, 4-3. The last few minutes were tense; however Aldershot Town U14 managed to hold on to a well-fought 4-3 victory.

The U15 game started off very slowly with both teams struggling to get hold of the ball, Almeda were having the better of the play and had several chances to score in the first 15 minutes. Almeda took the lead, which seemed to shock Aldershot Town into life. They started to move the ball around better and created several chances. The equaliser eventually came after some good work down the left, with the cross meeting the great run of Rowan Sharratt to head the ball home into the top corner, 1-1. The second half carried on to be a very close affair with very few chances being created by either team. As the game went on Aldershot Town were growing in confidence and feeling they could get the winning goal. In the last five minutes the ball was played down the right hand side to Rocco who pulled the ball back for Harry Brooks to slot home, 2-1.

A fantastic hard-fought first two matches for Aldershot Town, with both teams playing some good football and winning both matches.

Day Four: A relaxing morning with a later breakfast and pick-up time for their training session. Arriving at RCD Espanyol with their first-team training next to us, the boys took part in another hard-working intense session. This again was a great experience, to learn off two highly-qualified coaches and the methods that they use in Spain. After training it was food and then straight back to the hotel for a recovery pool session. 15 minutes in the ice-cold pool, which the boys definitely found the hardest part of the tour. It was then back onto the bus for the next two games – U14s against U.E. St Joan D’Espi and U15 against U.E. Torrelles.

Aldershot Town U14 started slowly with St Joan D’Espi moving the ball around very well and pressing with intensity, making it difficult to play. U.E. St Joan D’Espi deservedly took the lead before half time. After the half-time team-talk Aldershot Town came out a changed team, working hard off the ball and moving it much quicker in possession. After winning the ball back well a great long-range effort from Orlando Anker bought the game back level. With Aldershot Town now full of confidence, after some good play the ball dropped to Orlando to slot home for his second of the game, 2-1. This second goal caused Aldershot Town to relax, and St Joan D’Espi took full advantage to level the scores up at 2-2. The last few minutes were played out in a very tight affair with neither team wanting to push too far forward for the win, ending up in a 2-2 draw.

The U15s, having watched the U14 game, started very strongly, moving the ball quickly and finding gaps between defenders. They created several chances within the first 10 minutes of the game but thanks to some good defending and bad luck they were unable to score. However, this pattern continued, and after some good work Harry Woodward was able to finish from close range to open the scoring. This goal caused Aldershot to push further forward and within the space of 5 minutes Harry Woodward got his second of the game. Then, just before half-time, Harry completed his hat trick with another good close range finish to make it 3-0. Aldershot relaxed after the break and the quality of the game dropped; however, we did still manage to create a few more chances in the second half, but in the end it finished 3-0.

Back to the hotel with the boys buzzing after coming away undefeated, and they headed down to the beach for the last evening.

Day Five: The last morning had arrived and after breakfast we travelled into Barcelona to have a tour of the Nou Camp. The tour went through the history of the Club and how the Club was built up. The players took photos with all the different trophies won over the years but the highlight of the Tour is undoubtedly walking out of the tunnel into the stadium. Another great opportunity for the players and a lot of them will use this for motivation to succeed.

Then, with all the money collected from fines, we took the boys out for bowling and lunch to have a last little bit of fun before flying home.

Overall this was a fantastic tour with unbelievable experiences for everyone involved, for our teams to come back unbeaten, played some great football across four games as well as watch a quarter final of the Champions league at the Nou Camp.

We thank all the parents who came on tour for their support and help throughout the five days as well as Complete Sport Solutions and our tour guide Luis. Thank you to all the U14 and U15 players for the excellent behaviour throughout and making the tour memorable for us as well as them.

In June 2016, the under 14’s return to Barcelona for four days taking part in an international tournament at Barcelona’s training ground and on the Nou Camp pitch. 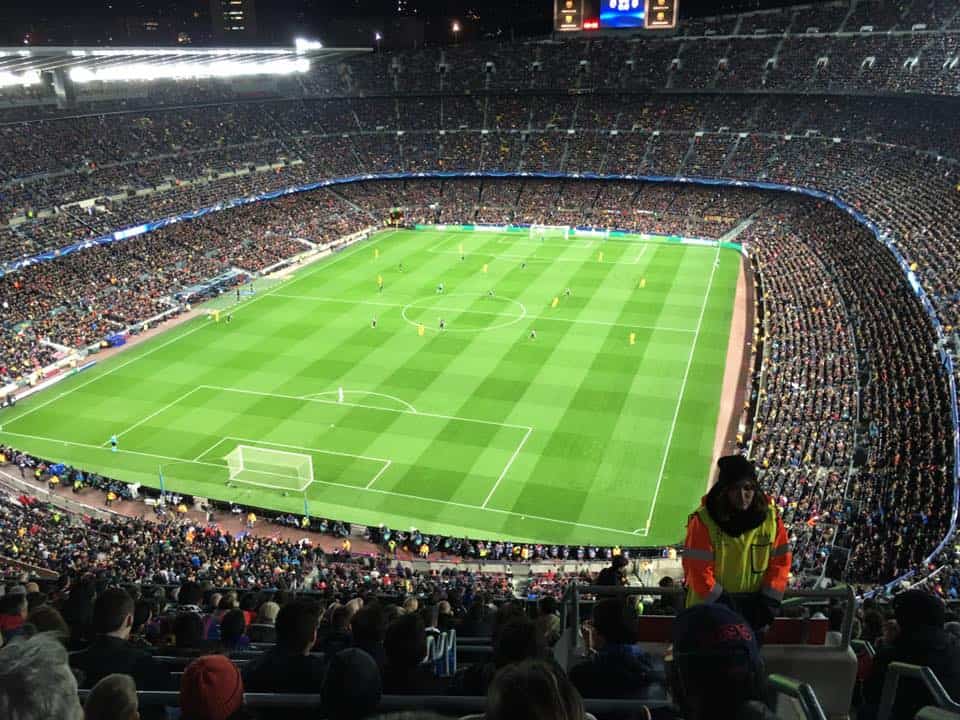 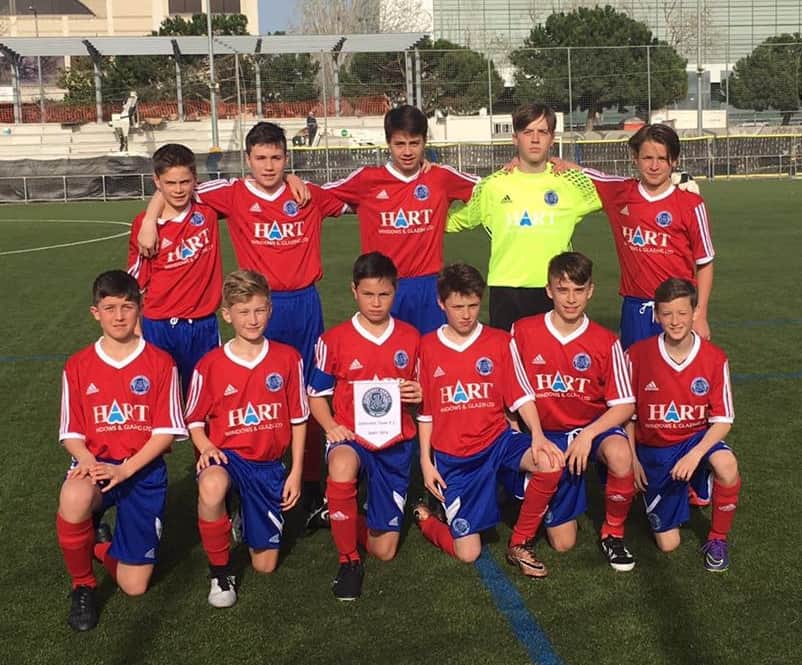 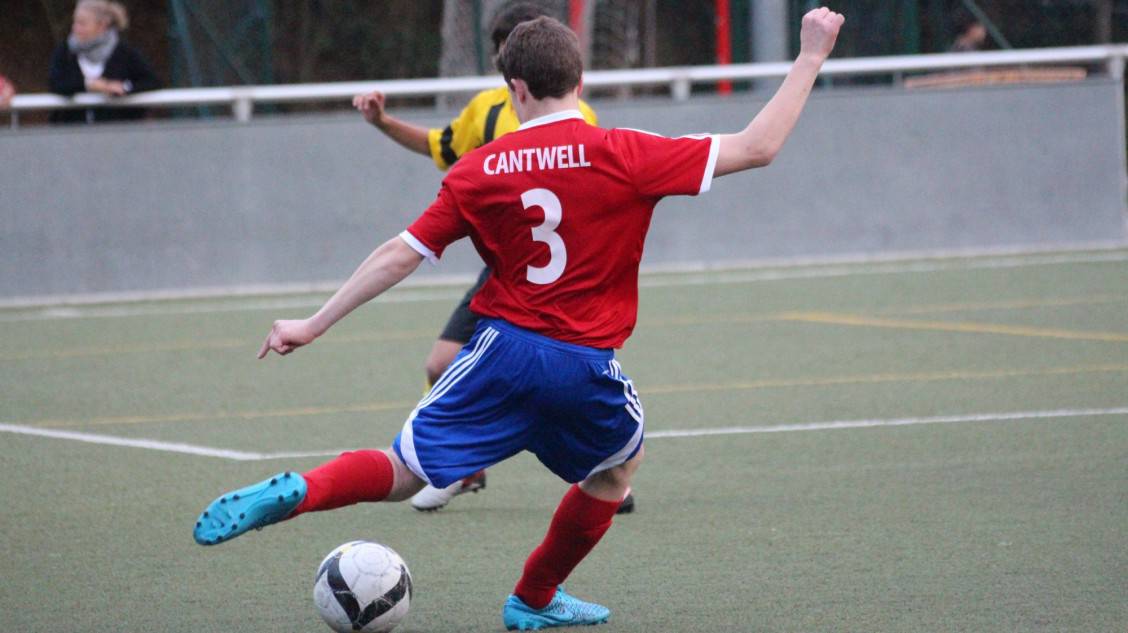 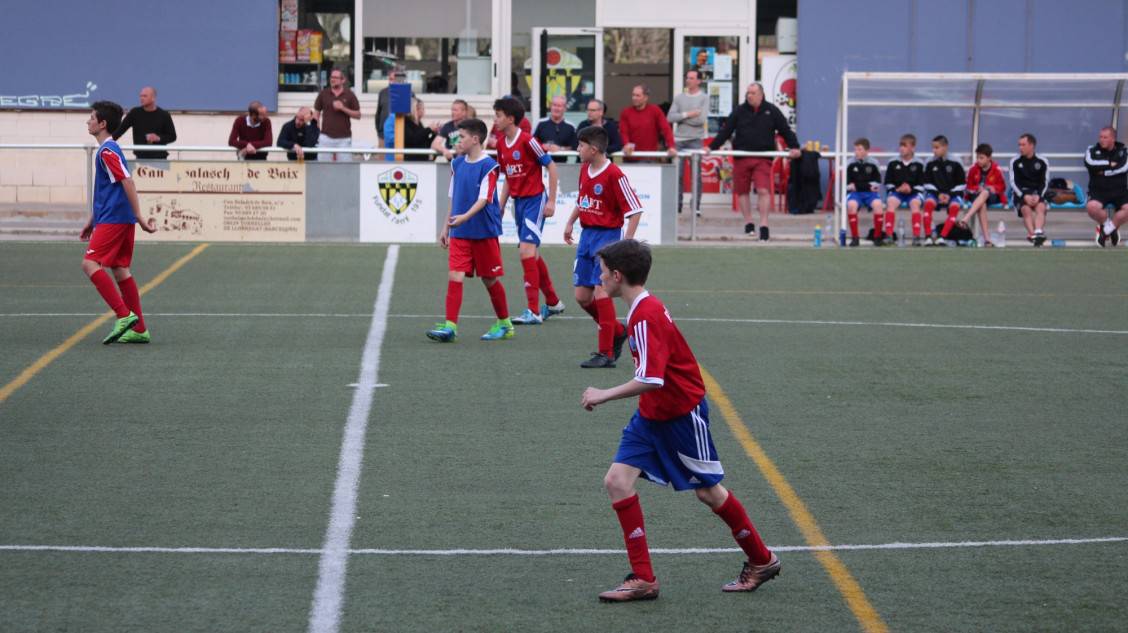