Aldershot Town gained another point on the road after twice coming from behind against fellow promotion chasers Wrexham AFC – but it should have been more.

The Shots were dealt a double blow before kick-off when both Jim Kellermann and Lewis Ward picked up injuries during the warm-up, leaving Gary Waddock with just three available substitutes.

However, the disadvantage didn’t affect their ability on the pitch, as their high tempo and composed passing left Wrexham AFC struggling for possession during the first-half.

It was a display which created several chances for the visitors: Scott Rendell tried to skip around Chris Dunn but the goalkeeper saved his shot at the second attempt; McDonnell fired inches wide after the ball broke loose from a scramble in the goalmouth; and Will Evans’ far-post header was cleared off the line by Sam Wedgbury.

However, a 22nd-minute set-piece was Aldershot’s demise. Jake Cole seemed to get a punch to Jonathon Franks’ corner but the ball was deflected in to the net at point-blank range off Scott Quigley.

The Shots continued to press, as Rendell’s glancing header and Fenelon’s angled volley both flew wide, but their endeavours finally reaped a reward when Jake Gallagher’s measured pass invited James Rowe to cross from the right. Fenelon timed his run perfectly to direct a deft header past Dunn.

Aldershot Town had maintained that momentum at the start of the second-half, but Cole, making his first league start since late October, had to make a fine flying save on 52 minutes. Deverdics’ free kick from the right channel was angled deep towards the far-post and, as Manny Smith rose highest, Cole instinctively scooped the header away from the line.

Six minutes later, though, Quigley got his second goal of the day. Appeals for offside were denied as Holroyd’s flick sent the Blackpool loanee racing through to slot the ball past Cole.

The Shots soon set about dragging themselves back into the game, and Dunn parried Fenelon’s acutely-angled header at the far-post, after Rowe’s teasing cross, and Rowe was again the architect of the 75th minute equaliser. His whipped, inswinging corner flew into the six-yard box and, with Callum Reynolds getting the slightest touch from his angled run towards the near-post, the ball was over the line before Marcus Kelly’s attempted clearance.

Cole saved Holroyd’s glancing header and, as Waddock brought on Matt McClure to strive for the victory that they deserved, Wrexham belatedly wrested the ascendancy. Deverdics’ shot was deflected into the side-netting, and Quigley wastefully shot wide with just Cole to beat. In stoppage time, Dunn did well to parry Rendell’s drive, but the final chance fell to Jonathan Franks, who volleyed over from 10-yards.

Despite the hard-won point, The Shots fall to fourth in the table, level on sixty points with both Wrexham and Boreham Wood, but with two games to come at the EBB Stadium, Aldershot Town need to rediscover their home comforts to remain as strong contenders for promotion. 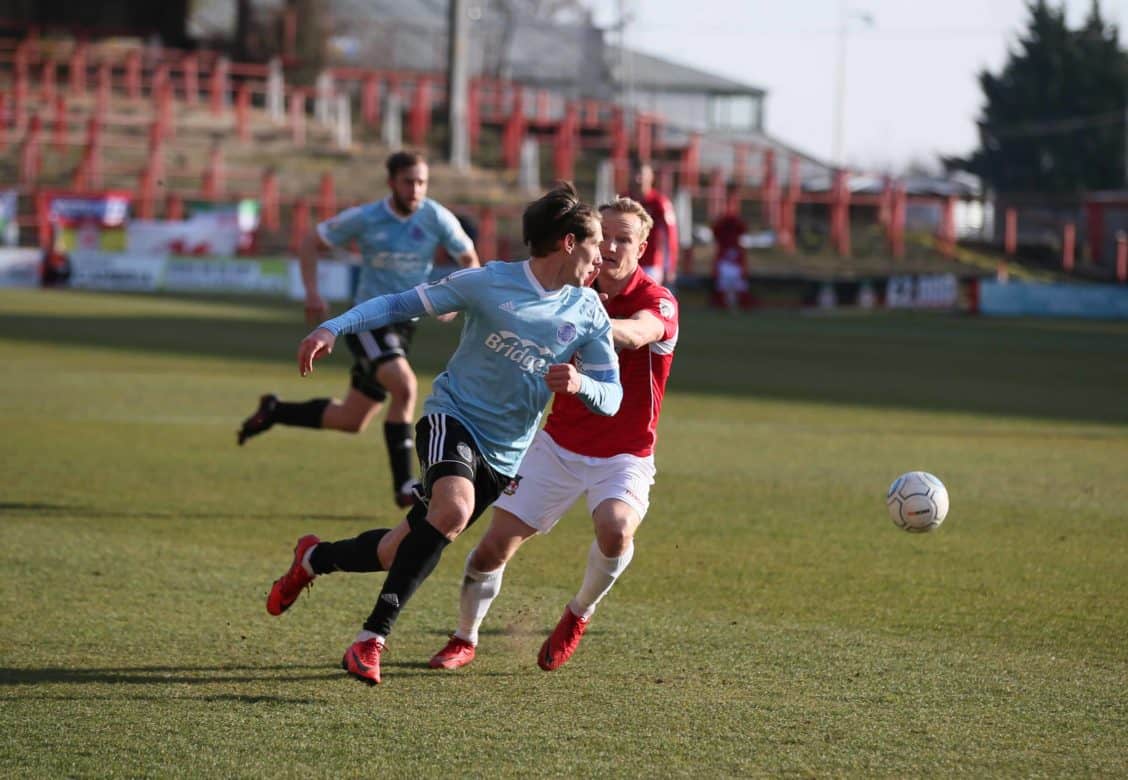 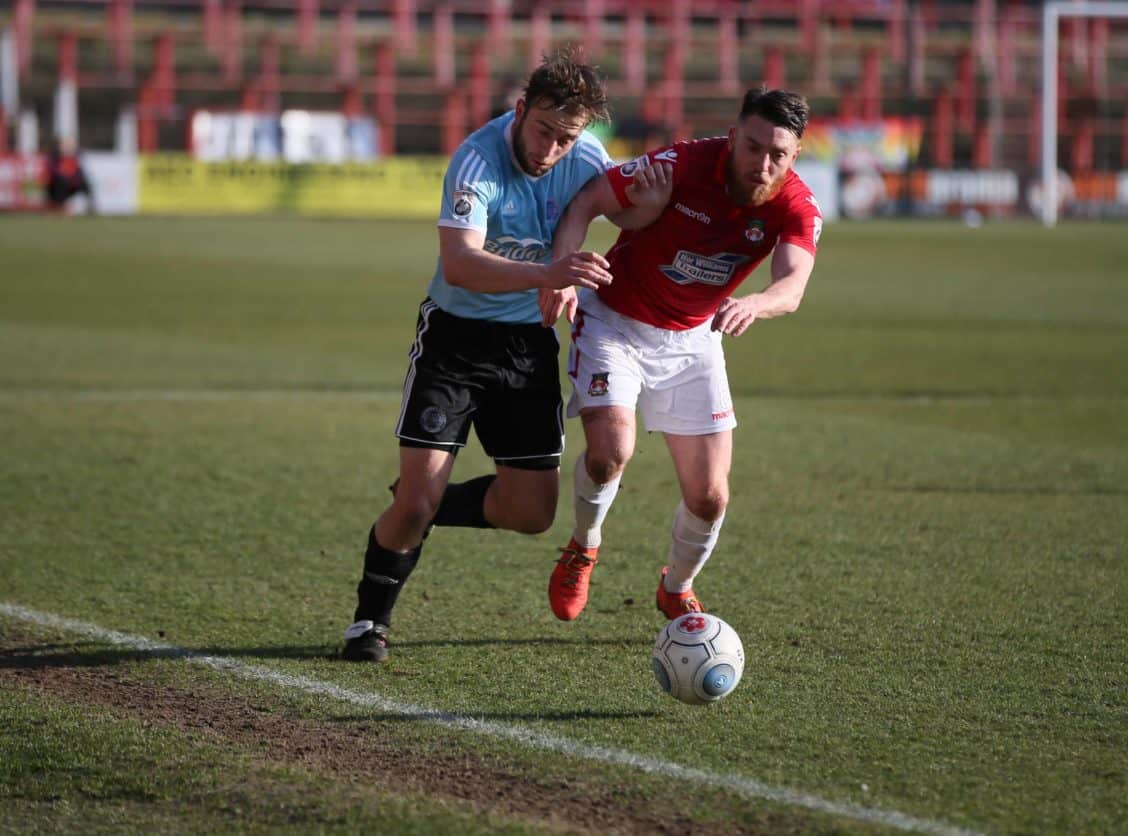 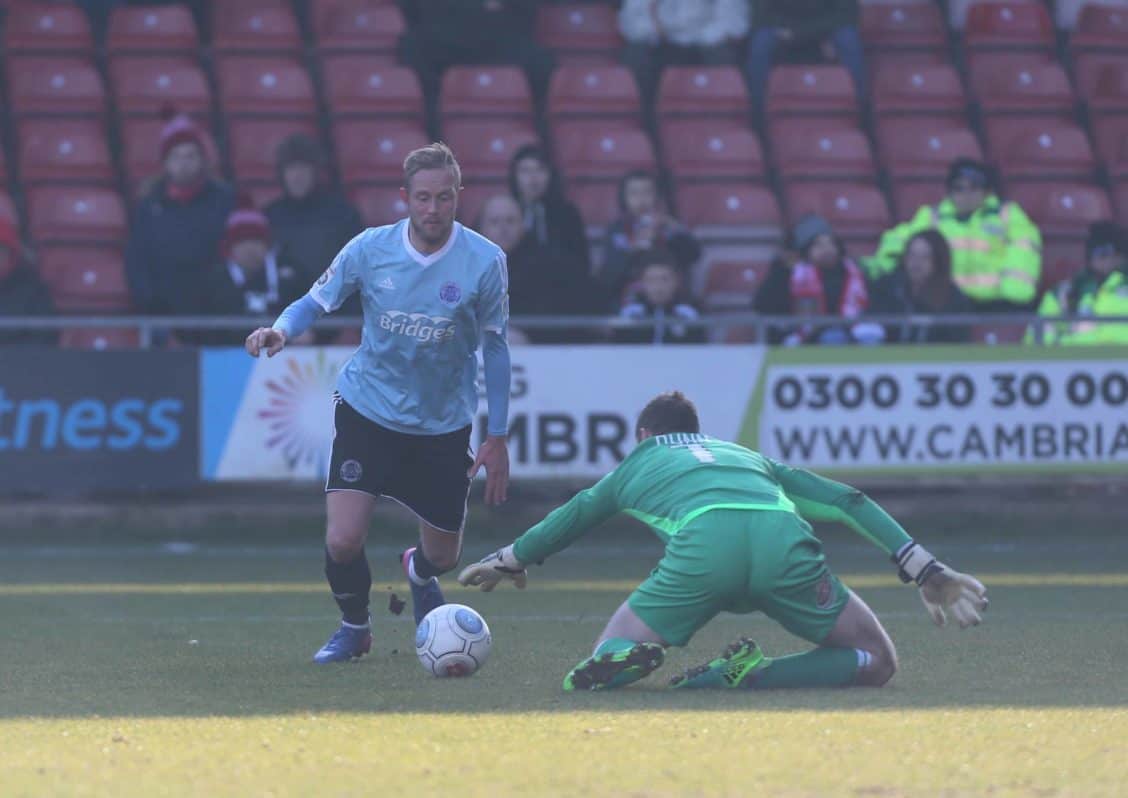 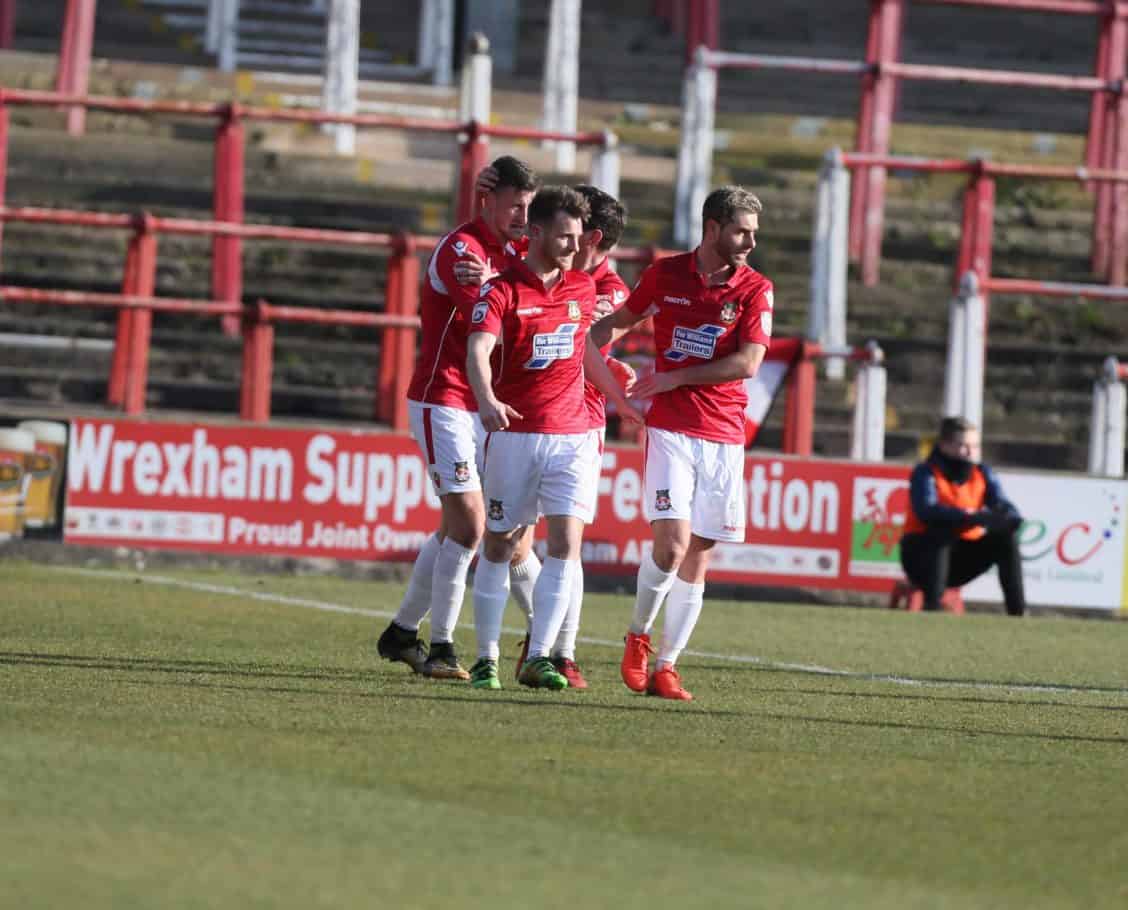 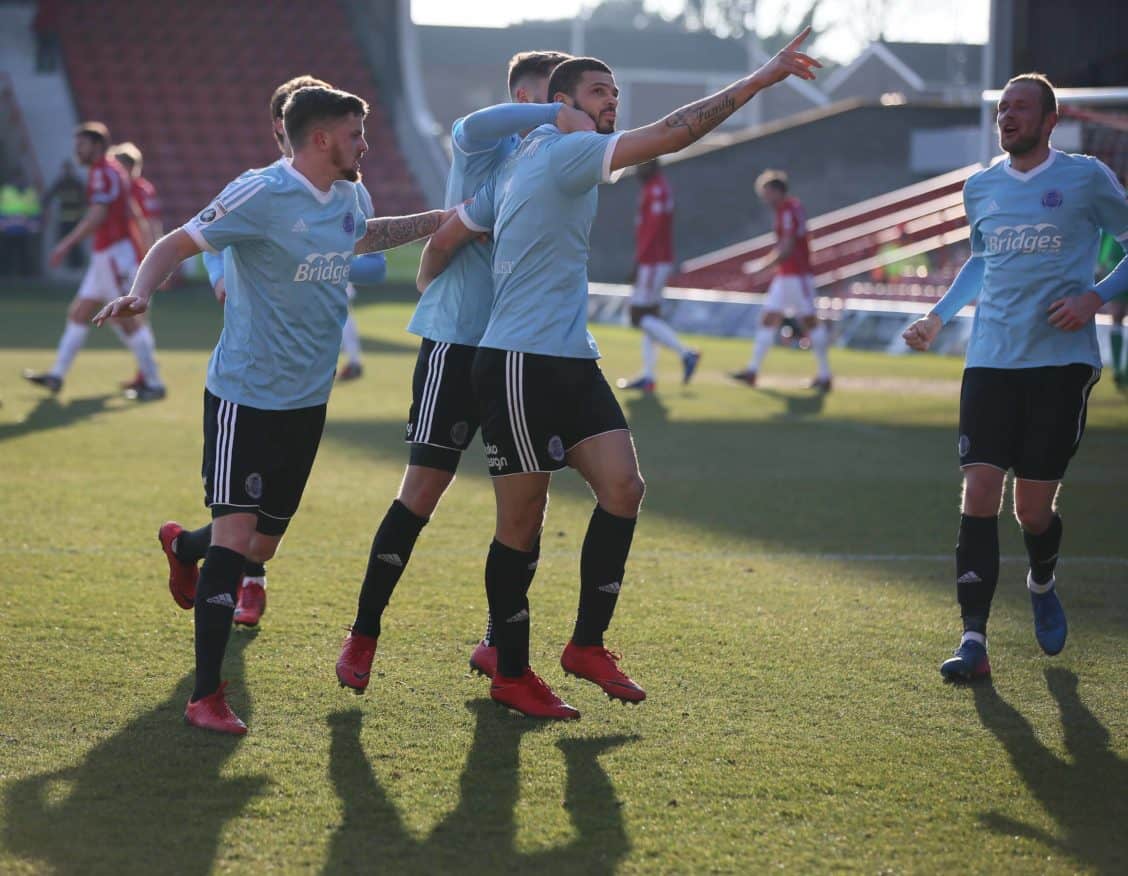 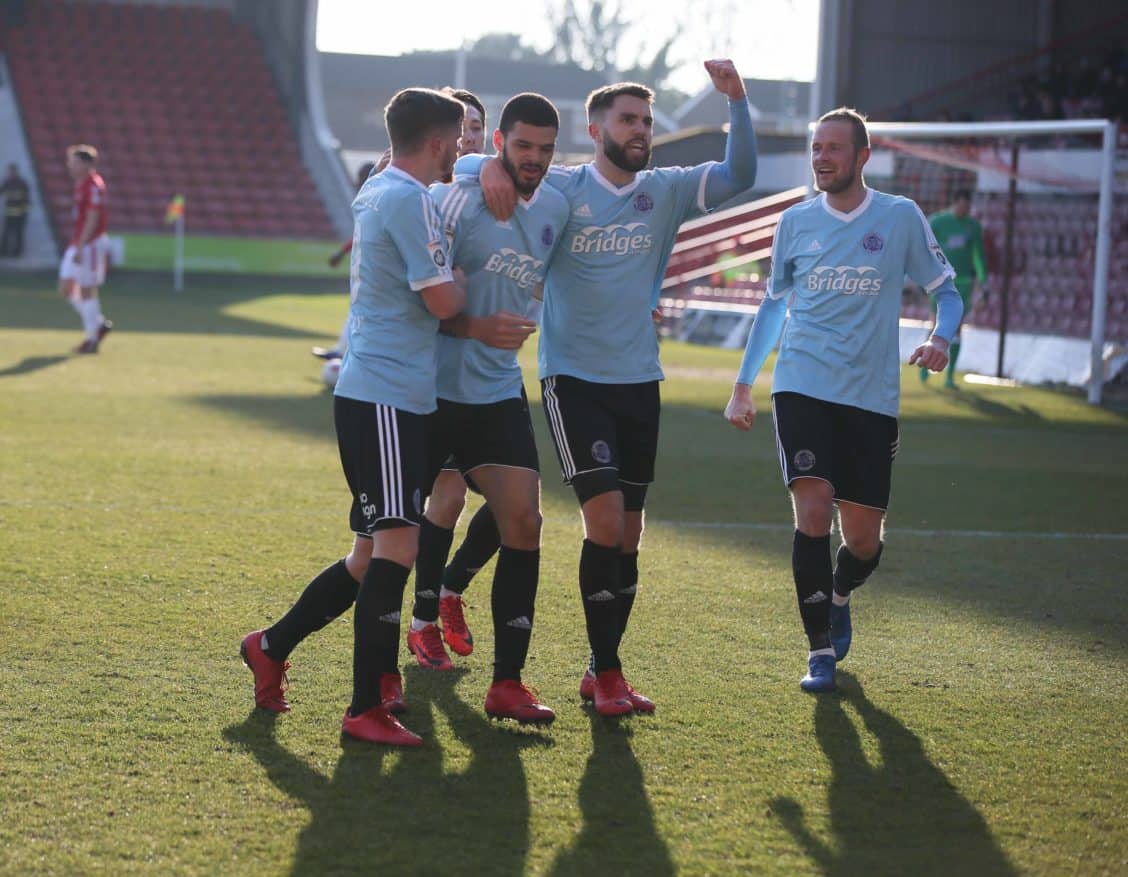 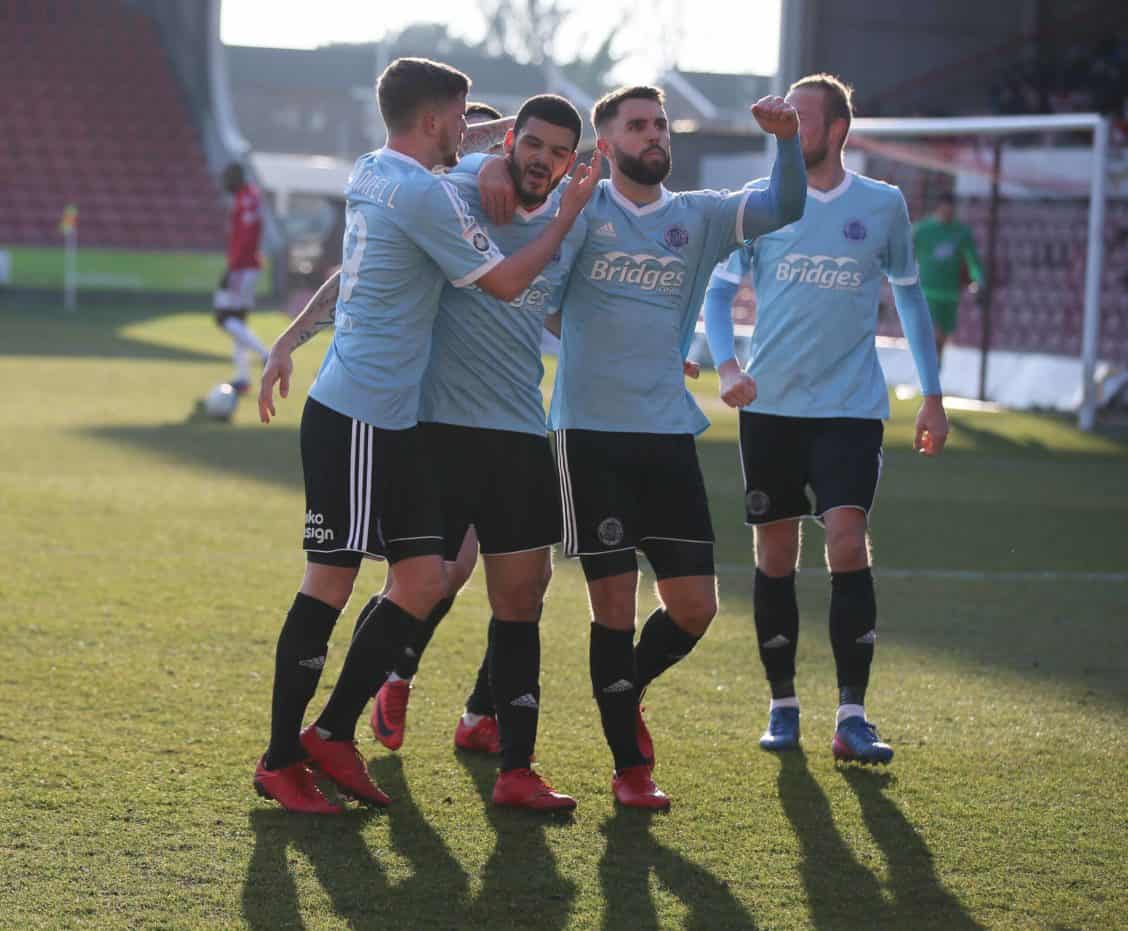 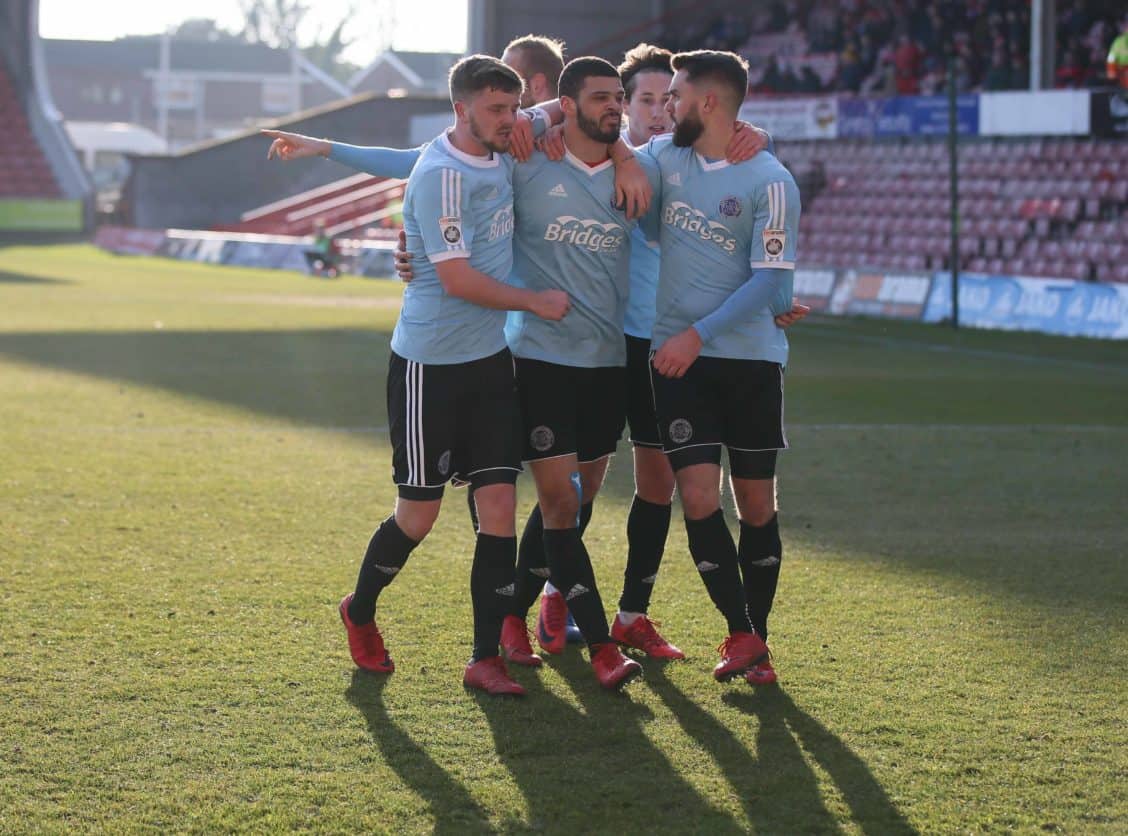 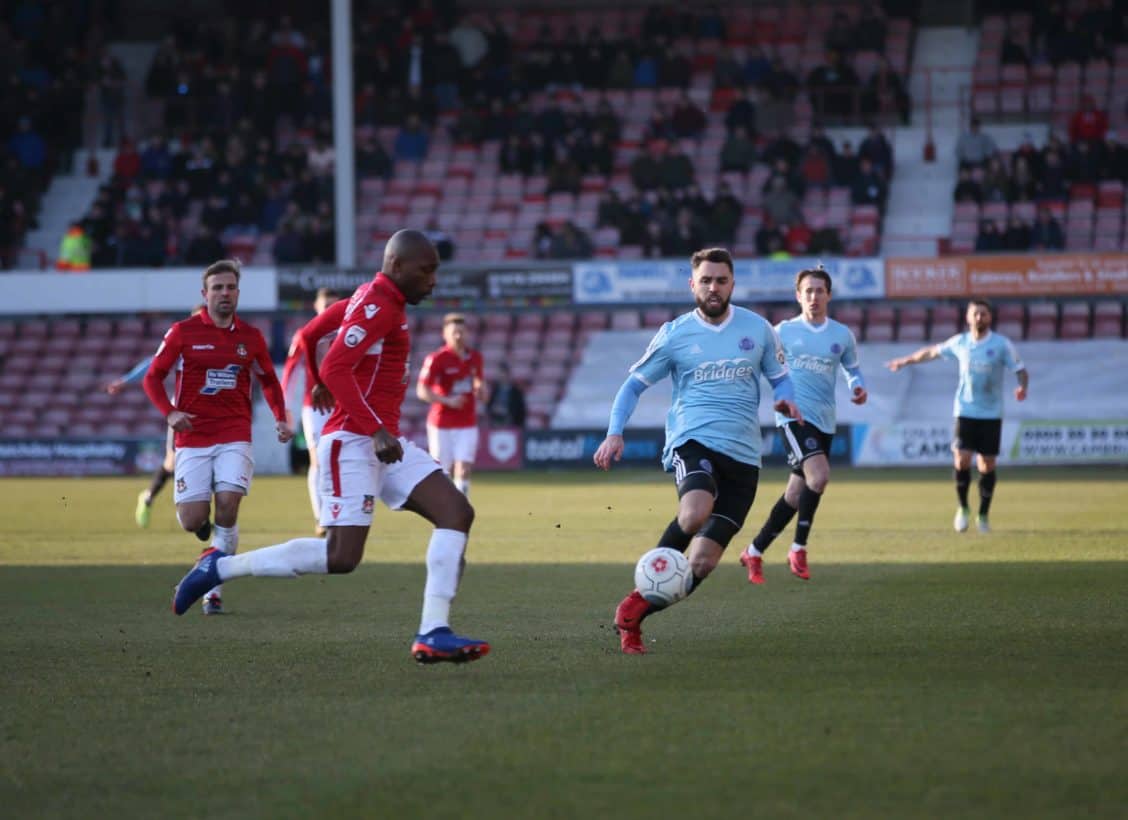 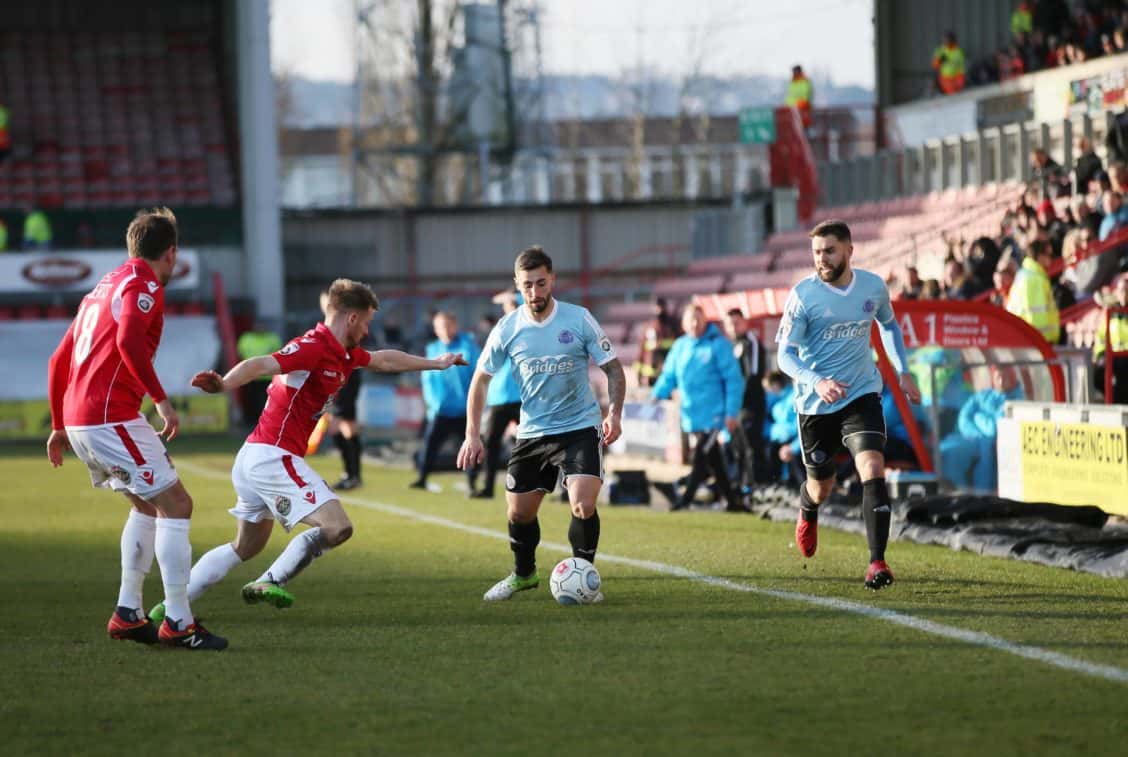 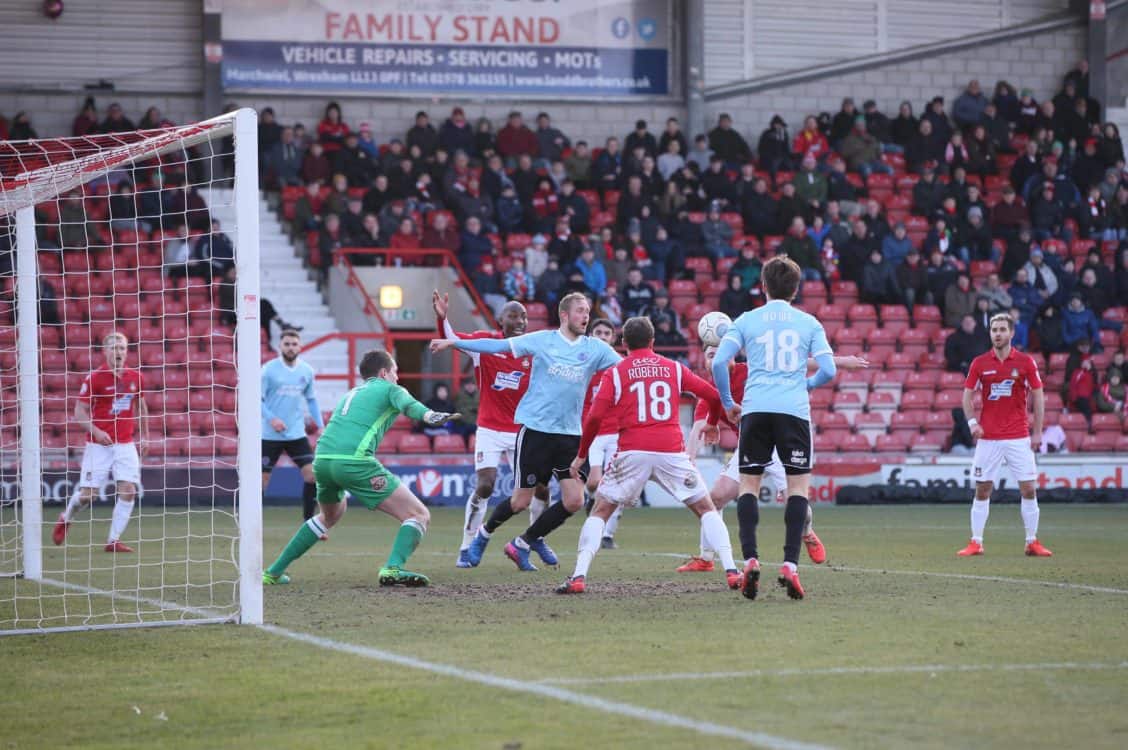 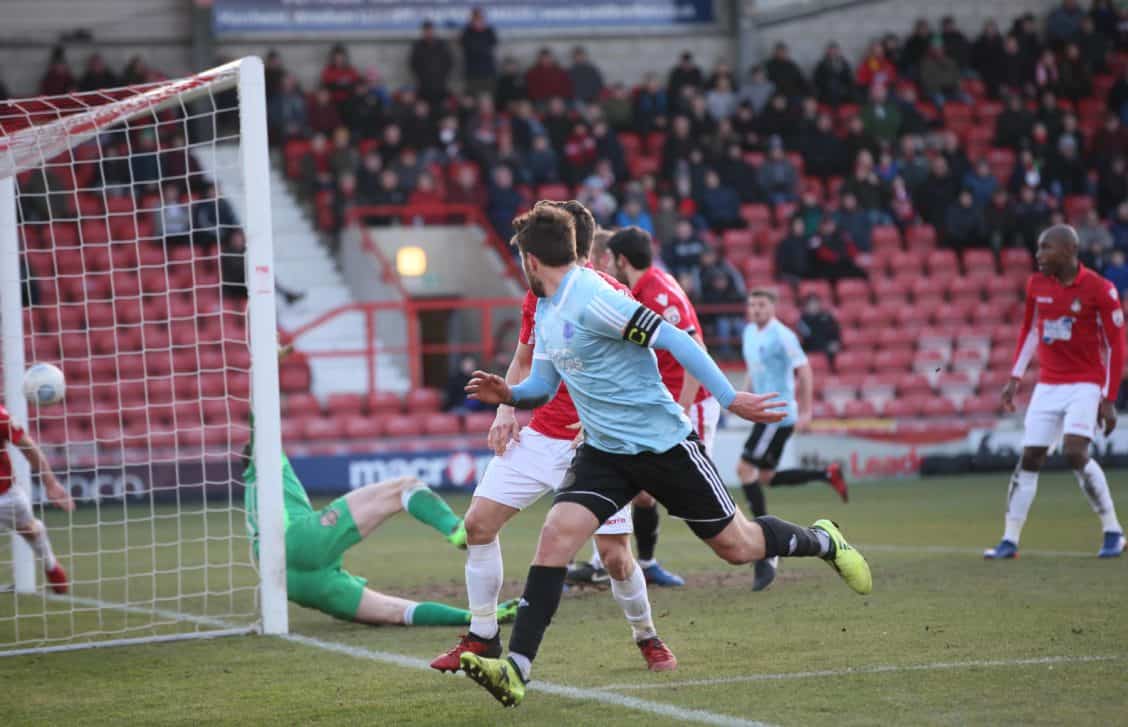 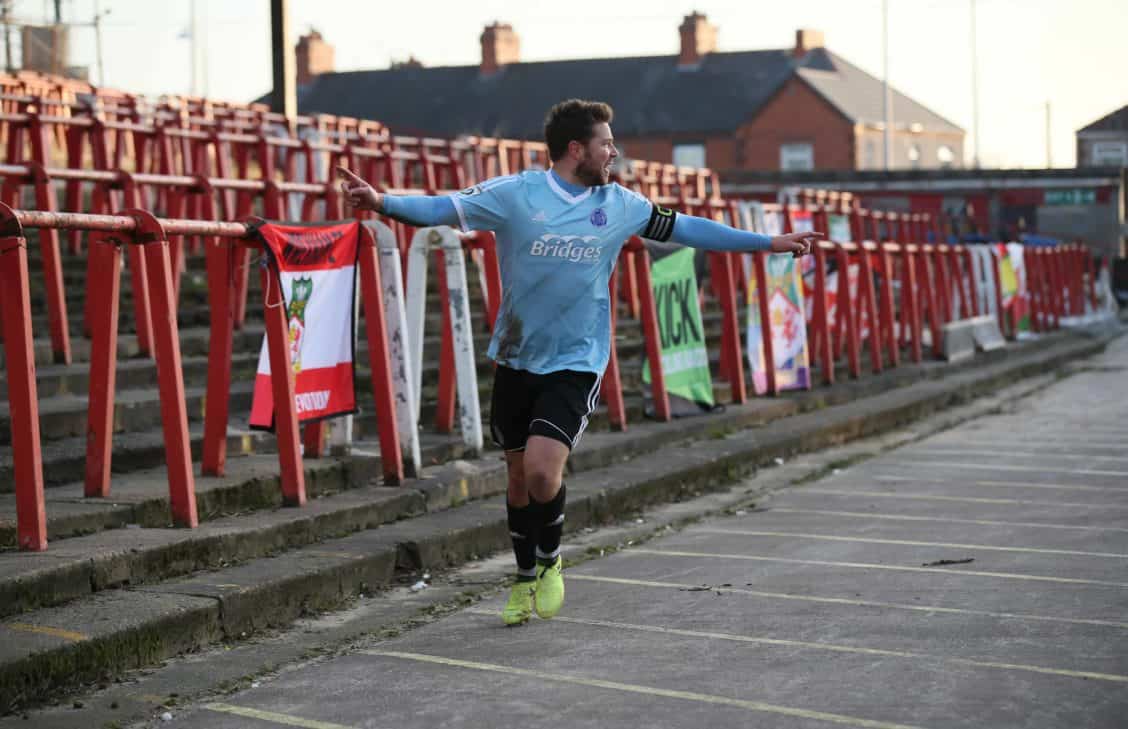 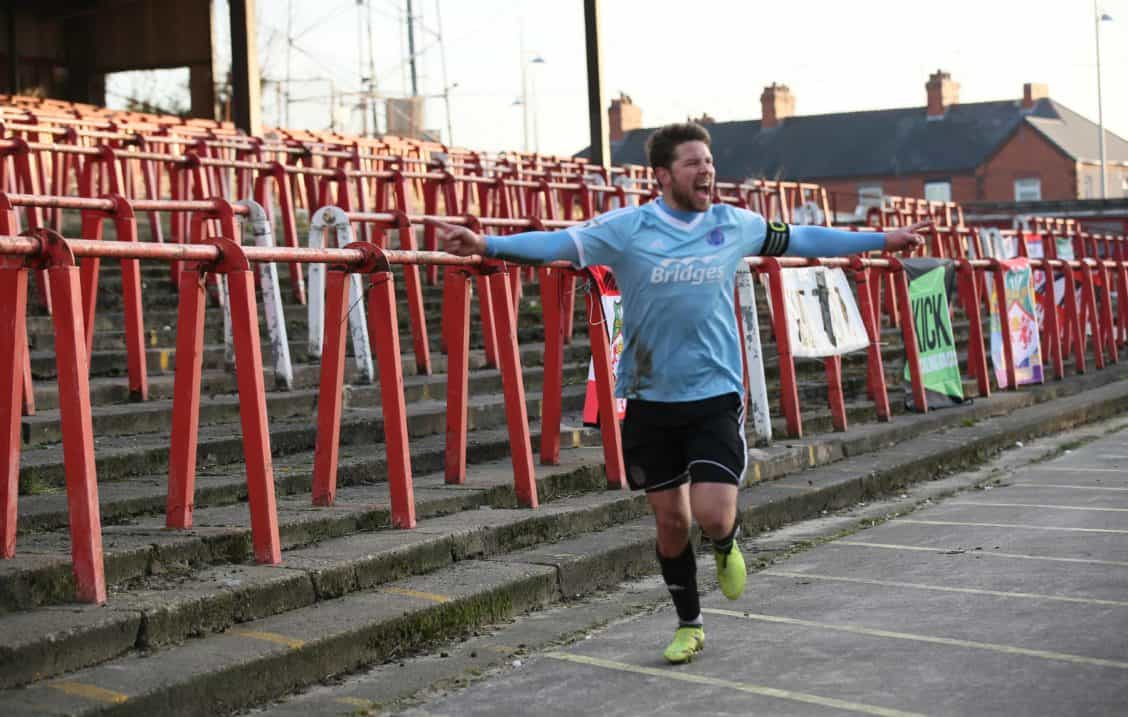 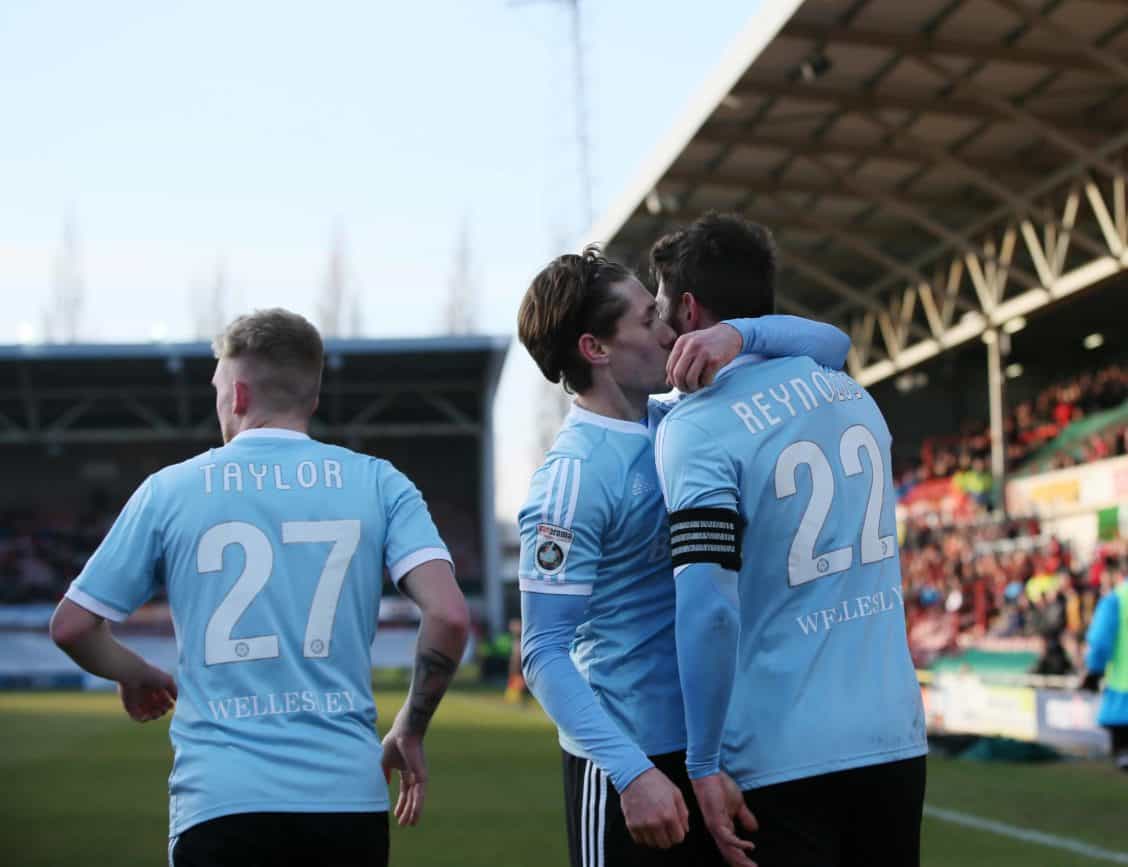