Aldershot Town have signed former Eastleigh defender Will Evans on a one-year contract.

The 24 year-old, who has been released by the Spitfires after making over 100 appearances in three seasons, is primarily a centre-back but can also play at right-back or in midfield.

6ft 2in Evans is a graduate of the Swindon Town Centre of Excellence, and made his professional debut for The Robins against Southampton in August 2010. A five-month loan spell with Hereford United was made permanent in January 2012, as Evans played 27 games for The Bulls in League Two. He made a further 21 appearances in Conference National during 2012-13 but ended that season on loan with eventual Play-Off Final winners Newport County.

The Wiltshire-born player then became part of Eastleigh’s 2013-14 Skrill South Championship-winning team and rapidly established himself as a fans’ favourite at the Silverlake Stadium.

“He’s played a lot of games at a Club that’s been competing at the right end of the table, and this is a good signing for us,” explained manager Gary Waddock. “He’s a big, strong lad and has a real presence, but he’s also comfortable in possession of the ball.

“I know the Eastleigh fans were sorry when Will left, and that’s encouraging for us to be able to attract that sort of player here. We want to bring good players to the Club, and the more good players that we’ve got will give us more of an opportunity to compete.”

“Everything that Gary told me is everything that I wanted to hear,” explained Evans of his talks with the Shots. “I feel that he is somebody I can work really closely with, that will help me to progress. He will work with individuals every day to help them improve as a person and as a player.

“I’ve always been impressed with the pitch and the facilities, and always enjoyed playing here – although I’ve had a bit of stick from the fans over the years,” he admitted. “Hopefully I can change their minds now and do them proud! But things like that stick in your mind, knowing that you’re going to get good support here.

“I want to progress, and play at as high a level as I can, and feel that playing centre-half is my best position. Everybody wants to win promotion, but if we play the right way, how the gaffer wants us to, then I’m sure we’ll be happy at the end of the season.” 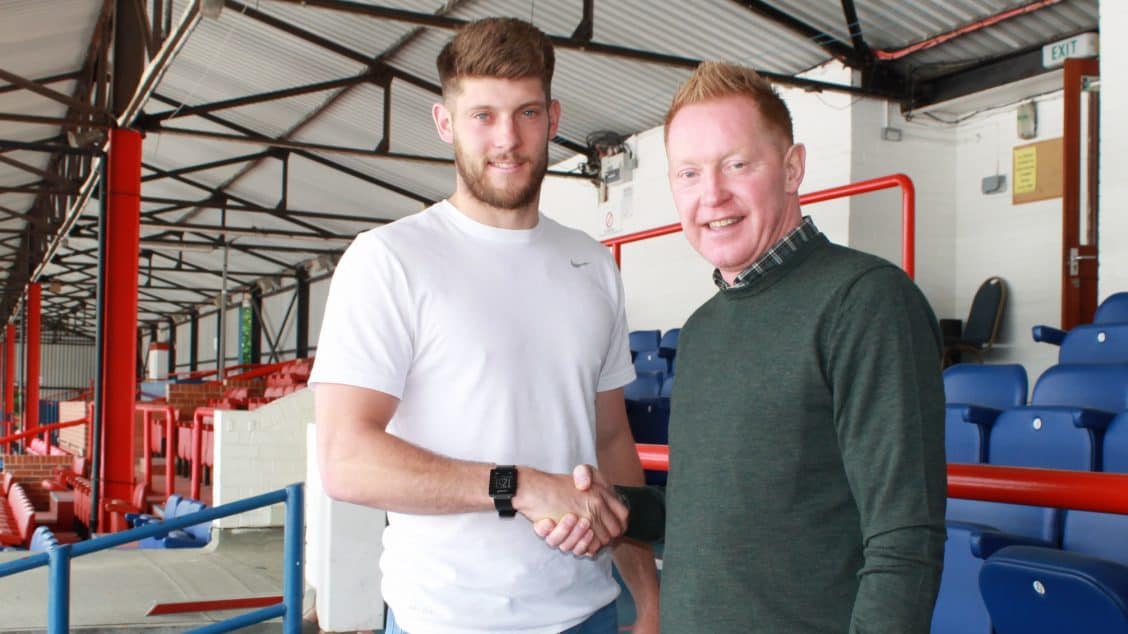