There was penalty shoot-out drama at the EBB Stadium last night as Gary Waddock beat James Rowe in a six-goal Shots For A Day thriller.

A unique game between two sets of Shots fans, all of whom had bid for the privilege, Rowe’s squad raced into a 2-0 lead, thanks to Phil Yarney and Jason Berney, only for Waddock’s team to roar back with three unanswered goals from Tim Graveney, Freddie Snell and Sheldon Grimes. Ian Barnett then popped up with a late equaliser to take the game to a nerve-wracking shoot-out in front of the East Bank.

Both squads had enjoyed a pre-match meal in the EBB Lounge, after which the two managers gave their squads in-depth analysis of the opposition. The warm-ups were led by Russ Clash and his sports science staff, and overseen by first-team players Callum Reynolds, Shamir Fenelon, Bernard Mensah, Jim Kellermann and Jake Cole.

“I threw a few tea cups around the dressing room at half-time,” admitted Waddock, “and it seemed to have the desired effect, even though James changed his formation to 6-3-1 for the second-half. My team kept their shape and discipline well and their character was rewarded in the end.

“What my team lacked in athleticism and ability they more than made up for in spirit, and we seem to have made a habit of scoring late goals in recent matches!”

“It was a great day, and a brilliant match,” said Commercial Manager Mark Butler. “My thanks go to all the players for their superb support of this fundraising initiative and for making it such an exciting game. The whole night showed what the people of Aldershot are about, in bringing the Club together.

“Gary and James deserve huge credit for giving their time and management skills so freely, and thanks also to the Club’s backroom staff for participating. Finally, our thanks to Matt Walbridge, who was the highest bidder amongst the 32 players, and his company Glass Inspirations, for their sponsorship of the game. Their support is much appreciated.”

The evening ended with ‘We Are The Champions’ blasting out of the home dressing room and tentative plans for Shots For a Day 2019 being discussed. 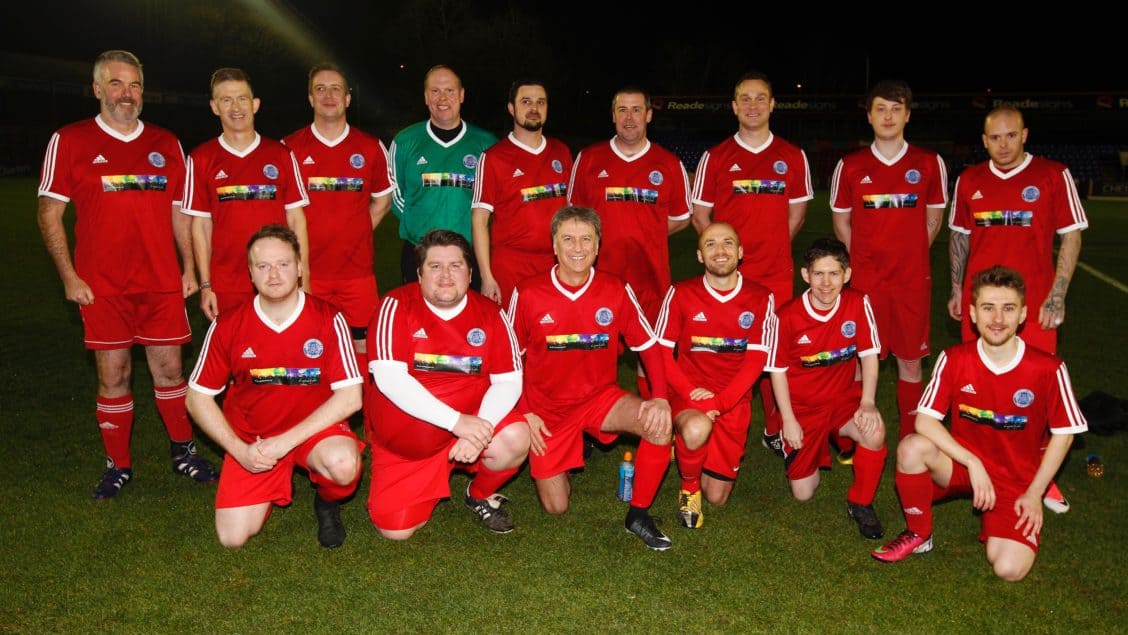 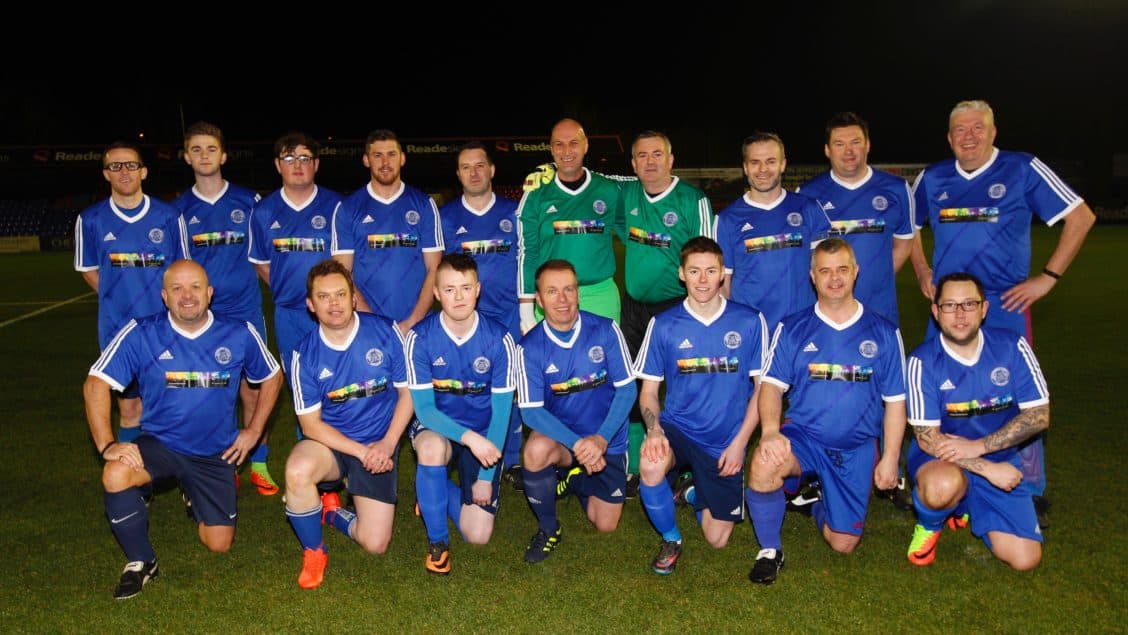 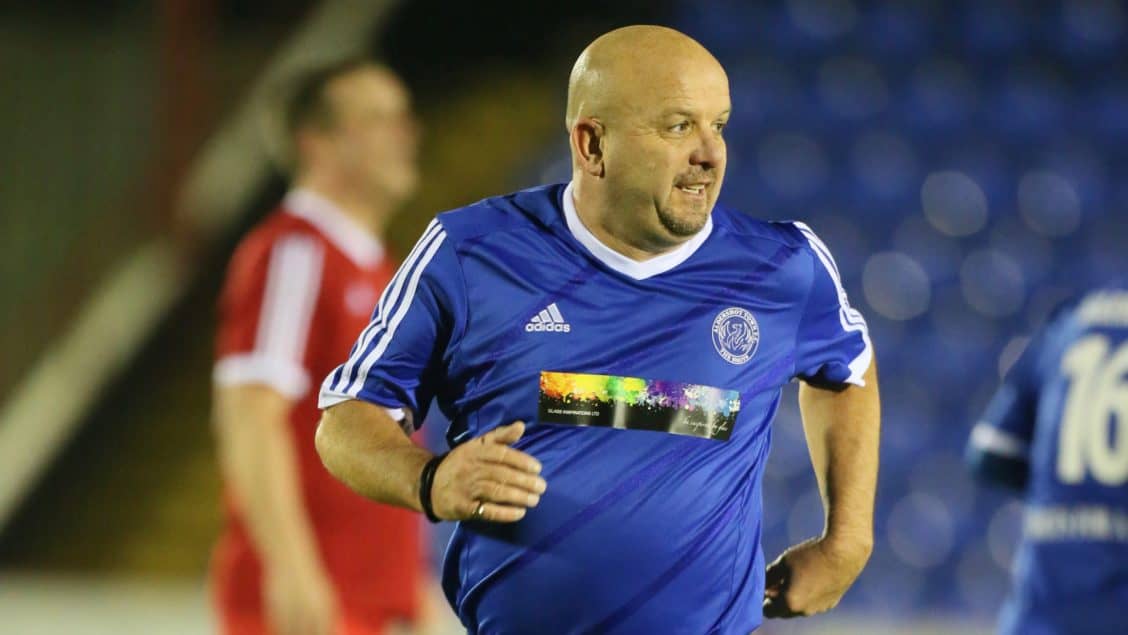 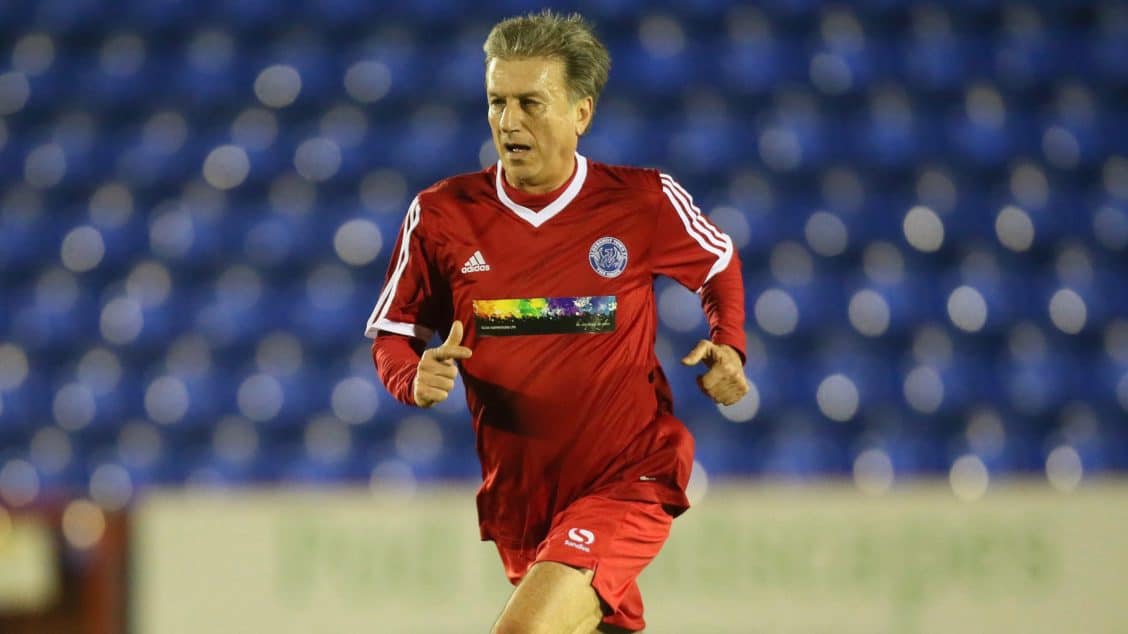 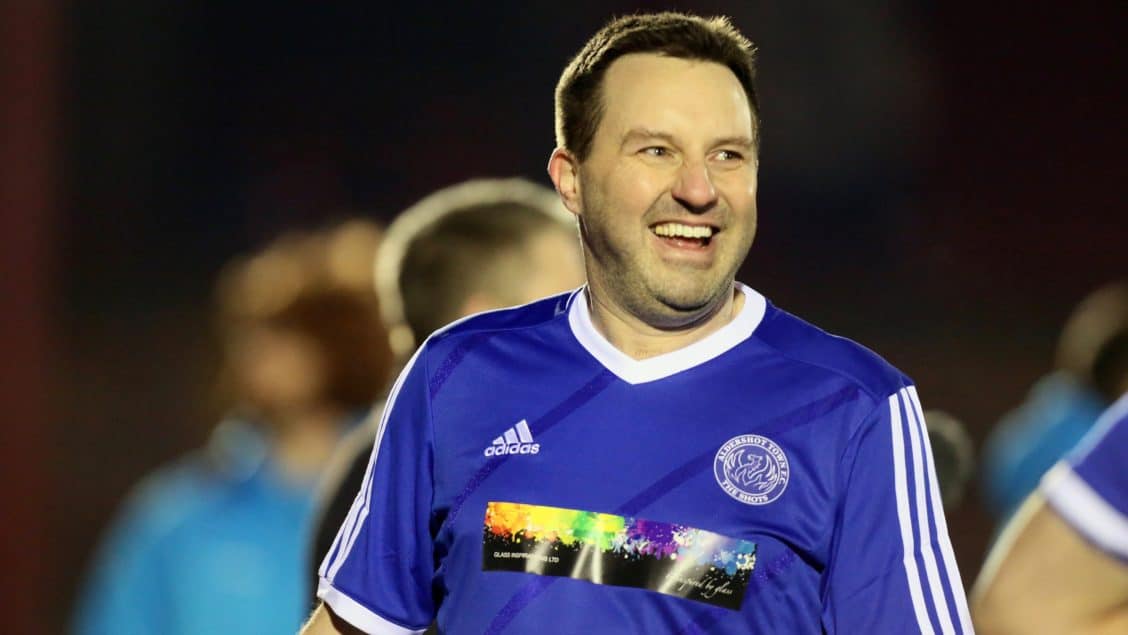 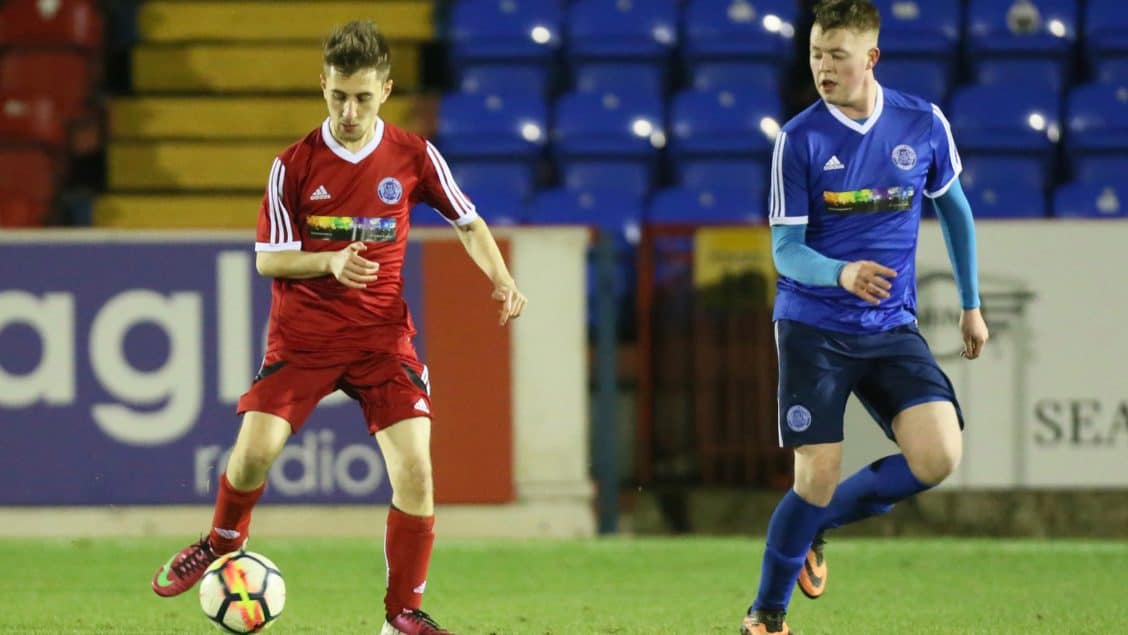 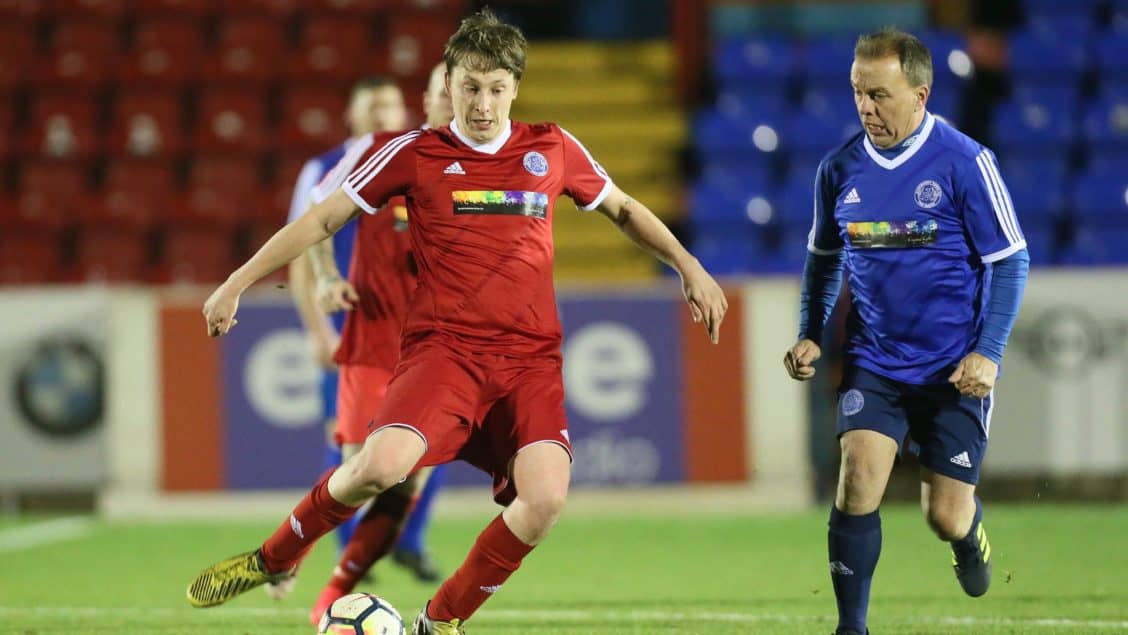 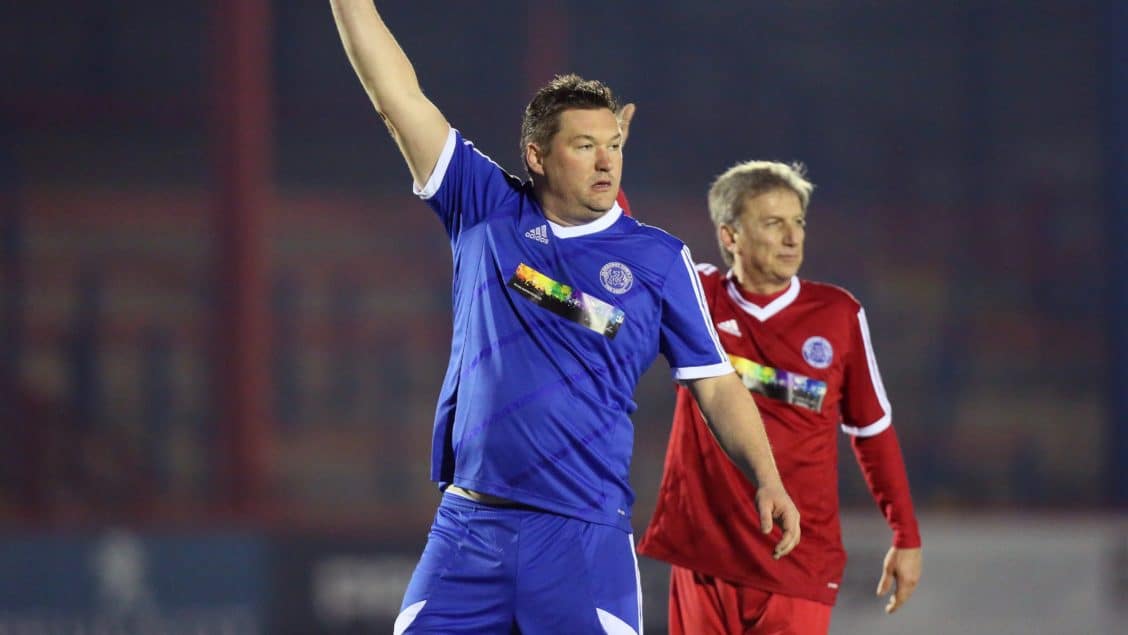 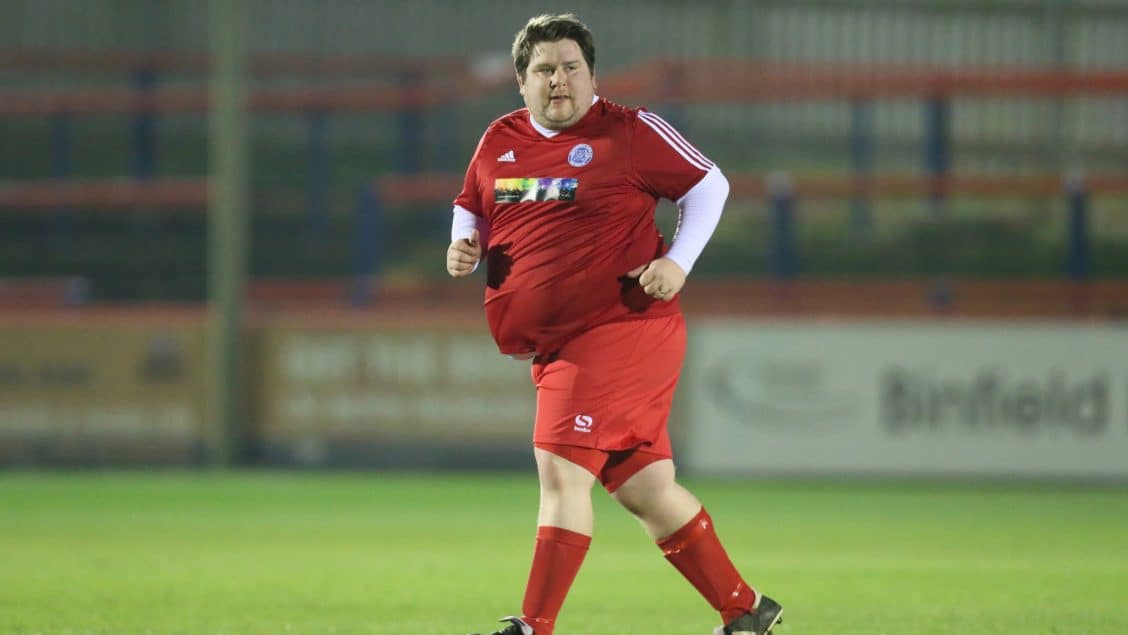 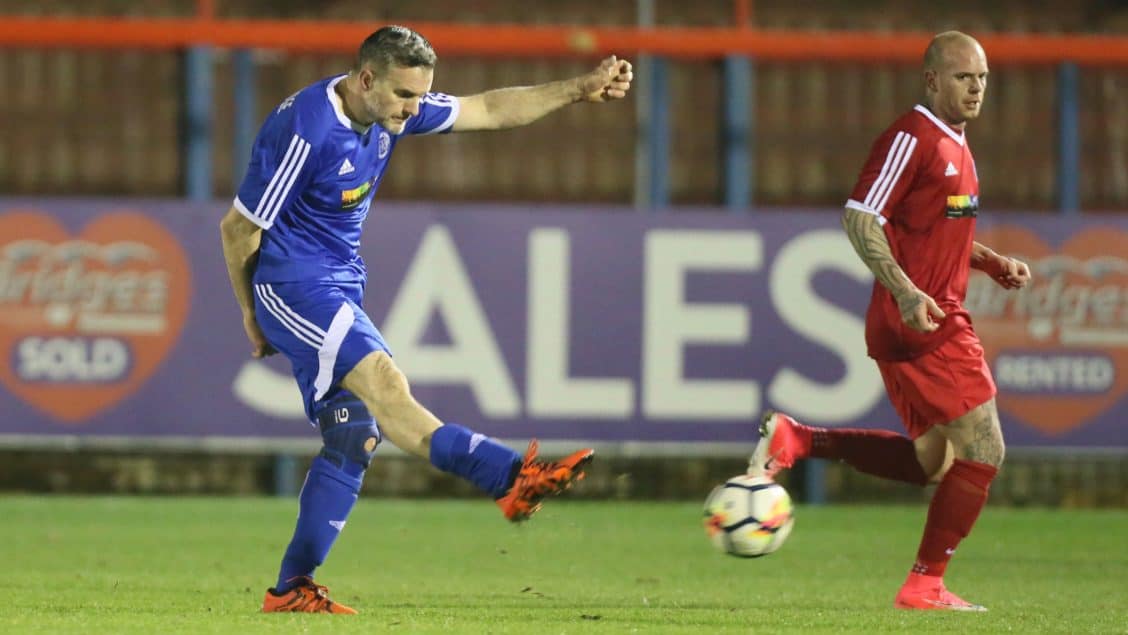 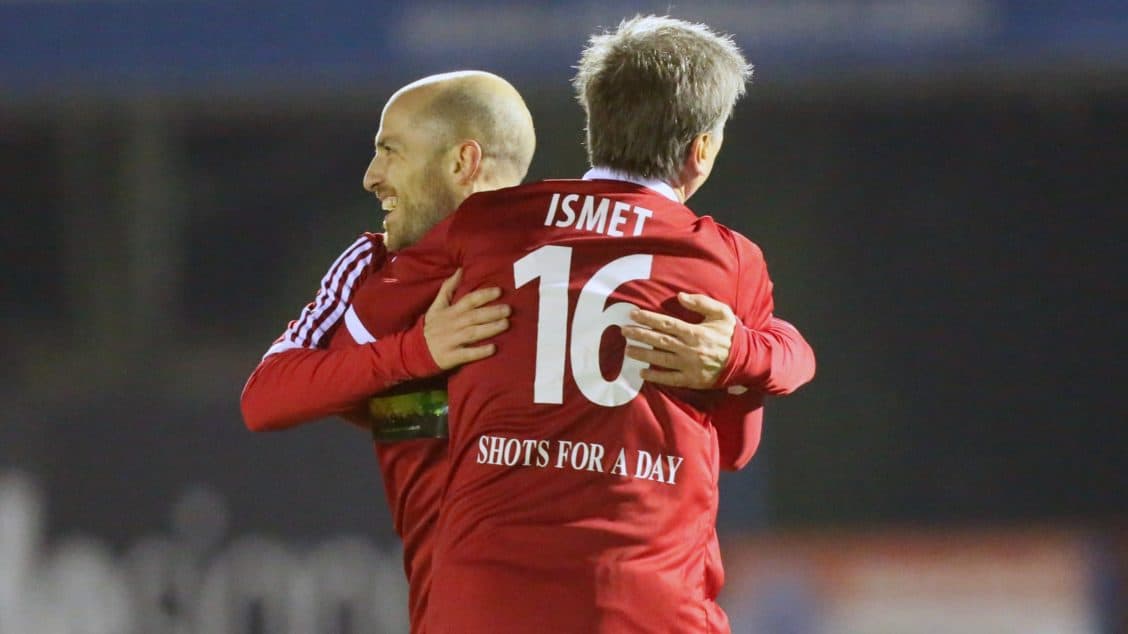 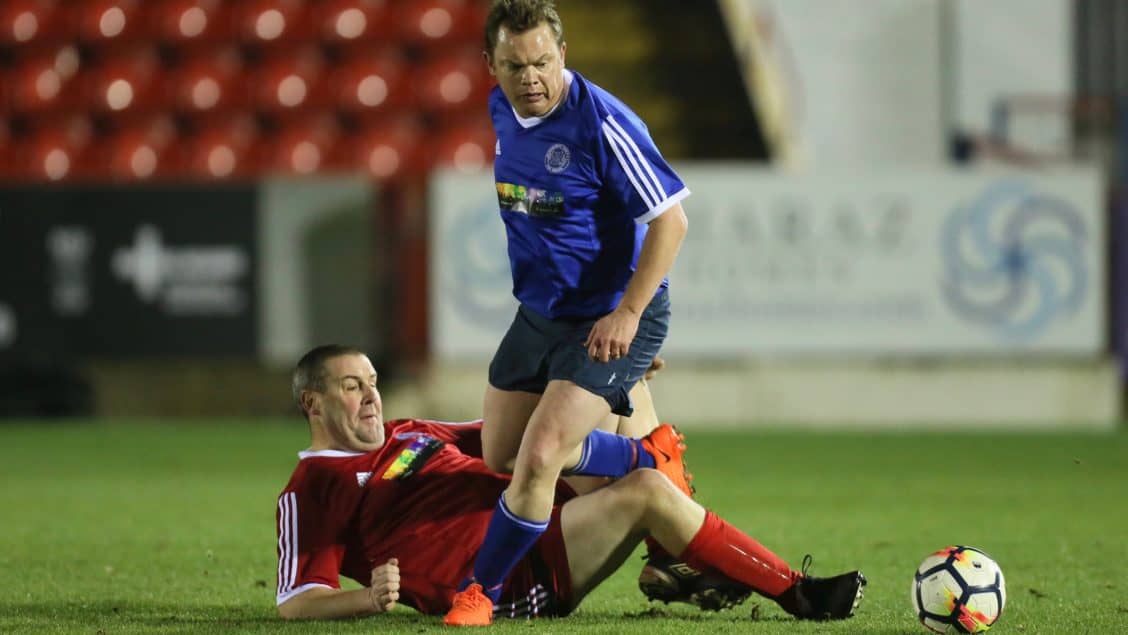