Vanarama have extended their sponsorship of the National League into a fourth year.

The announcement, made at the League’s Annual Congress at Celtic Manor on Saturday, confirmed that one of the UK’s leading van leasing specialists have both extended their title sponsorship to the full three years of their initial agreement and increased the length of that agreement.

Their statement explained: “The warmth Vanarama has received from fans of the 68 clubs has had a major impact on our decision, we’ve worked hard to engage with the fans in person at clubs and over social media. Season 2015/2016 saw us giveaway 90% of our ticket allocation straight to fans in various competitions over last summer.

“The support we have received from clubs and The National League team in Birmingham has also had a major part to play in our continuation. The recent promotion final at Wembley is a good example of two organisations working together for the good of the game in putting on an experience for fans. Activation on the day included t-shirt cannons, freestyle footballers and the opportunity for a fan to present the trophy to his winning captain from the Royal Box. It’s collaboration and flexibility like this that has enabled us to put on these events.

“In November 2015 Vanarama were nominated for a Football Business Award for its sponsorship with The National League, narrowly missing out on winning. Another sign of our partnership putting us on the national sponsorship map with other brands such as BMW and Stella Artois.

“So when deciding whether to extend the sponsorship further the decision was pretty straightforward. Vanarama is looking forward to working with clubs, fans and The National League for a fourth season in 2017/18.”

Andy Alderson, MD of Vanarama (pictured), said: “The re-brand exercise taken by The National League 12 months ago has in part helped our own brand image grow in and outside our industry. Our profile and recognition has risen beyond our expectations. We look forward to continuing to work closely with everyone connected with the League and our early decision to extend to 2018 validates how partnerships can flourish if the mix is right.”

Charlie Clapham, Vice-Chairman of the League, commented: “Since Vanarama joined with us two seasons ago our partnership, and above all else our friendship, has grown, and this news was a massive boost to everyone present at Congress. Thanks to Andy and all his wonderful staff.” 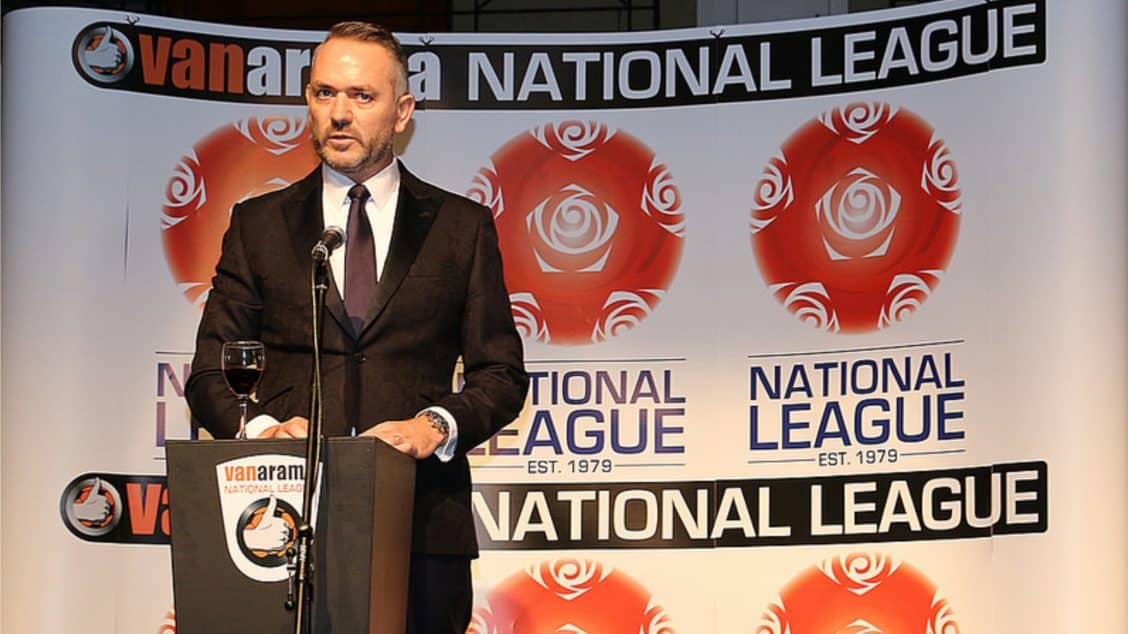