Saturday’s edition of The Shots, your award-winning matchday programme, is produced in honour of Frank Burt, who again graces the cover.

Manager Barry Smith leads the tributes to Frank, and he is joined by Graham Brookland, Mike Pusey, Terry Owens and Frank’s favourite Shots player of all time, Ben Herd, in remembering a wonderful man.

Our BIG Interview is with Millwall loanee Alfie Pavey who, despite arriving at the EBB Stadium looking for all the world like a natural-born goalscorer, tells us that he hasn’t always been a striker – but has already fallen in love with the East Bank!

Elsewhere, Jack Rollin remembers some fine Shots goalkeepers of yesteryear, Ross Lafayette selects his Team Mates XI – featuring a recent ATFC opponent who is “horrible to play against” – and we catch up with former Aldershot Town and Tranmere winger Ryan Williams, who remains a crowd-favourite at the age of 37.

We also look at the career of Tranmere Rovers’ owner Mark Palios, who made his professional debut at The Recreation Ground over 42 years ago, along with all the action from a hard-fought victory against Kidderminster Harriers.

That’s all for just £3 – don’t forget your copy of The Shots! 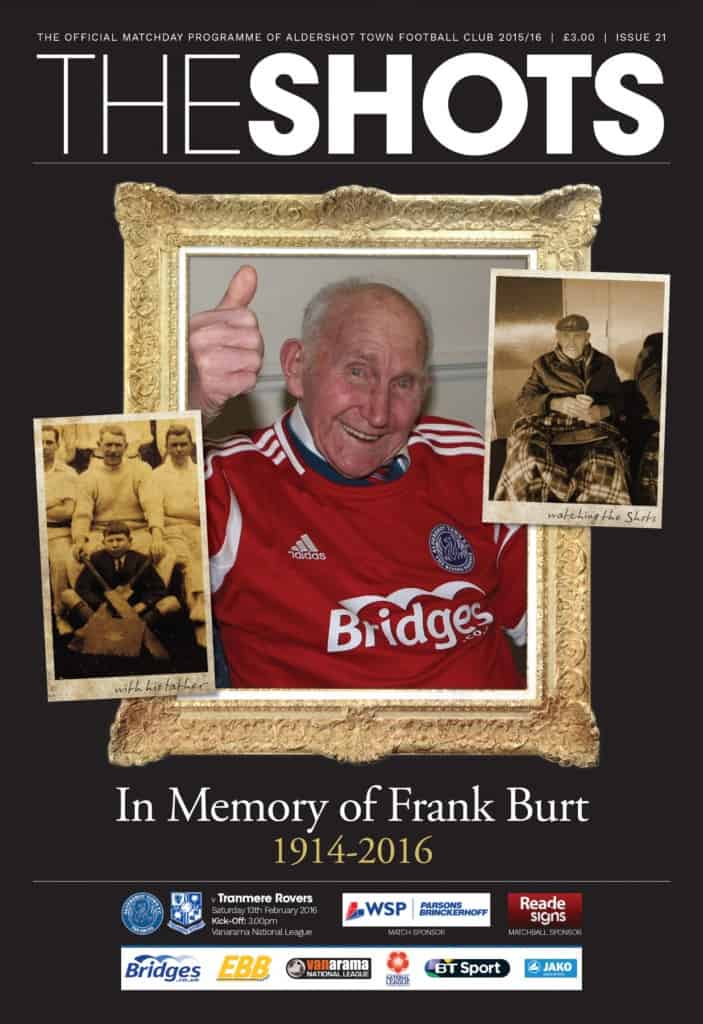