The race for a play-off place moved up another notch as Aldershot Town earned an impressive point against Tranmere Rovers only to slip to sixth place in the National League.

Easter Friday saw a fast paced yet tense first half with two goals for both sides, three of those scored in the first 25 minutes. Four minutes in and a ball over the top from Jim Kellermann led to Matt McClure able to outrun the bundle of players in the penalty box and have a shot, succeeding in a 1-0 advantage.

Just a few minutes later and The Shots’ had another chance; a free kick was awarded to Idris Kanu, who was fouled on the edge of the penalty box. Kundai Benyu took the opportunity and a low drive through the defensive wall had Tranmere Rover’s keeper Scott Davies scramble it away.

Tranmere levelled in the 13th minute when a deflected shot from striker James Norwood, punched away by Jake Cole, fell to the feet of Cole Stockton who smashed in the equaliser. Tranmere further increased their tally of goals when Connor Jennings took his chance on a one on one with Cole in the 24th minutes and scored his 6th goal this season.

Benyu and Mensah highlighted the strong bond they have off and on the pitch when a skilful interplay between both of them led to Mensah’s close shot on target however, it was punched away by Davies.

Prior to half time, The Shots’ scored another fantastic goal in the 41st minute, curtesy of Bernard Mensah when a flick from McClure down the left side filtered into Mensah in the box whose tight angled shot crept straight past Davies into the far corner.

The rain didn’t seem to falter spirits as both teams emerged for the second half, a vital 45 minutes ahead.

The Shots’ first attempt came from a Jake Gallagher header, an easy save for Davies yet the brilliant ball retention prior emphasised the skill and ability The Shots’ had to take control of the game.

A yellow card for Kellermann in the 79th minute could’ve been a possible reason as to why Manny Oyeleke replaced him in the 80th minute. One of Oyeleke’s first touches of the ball nearly resulted in The Shots’ taking the lead; his smooth 22-yard shot flew just wide of the far post.

The final touch of the game saw a crucial block from captain Callum Reynolds after a Tranmere cross nearly led to a 3-2 victory.

A point from the North-West side is vital yet makes the home game against Dover even more important with both sides fighting for a play-off place. An undeniably thrilling game at Prenton Park surely to be emulated at The EBB this coming Monday. 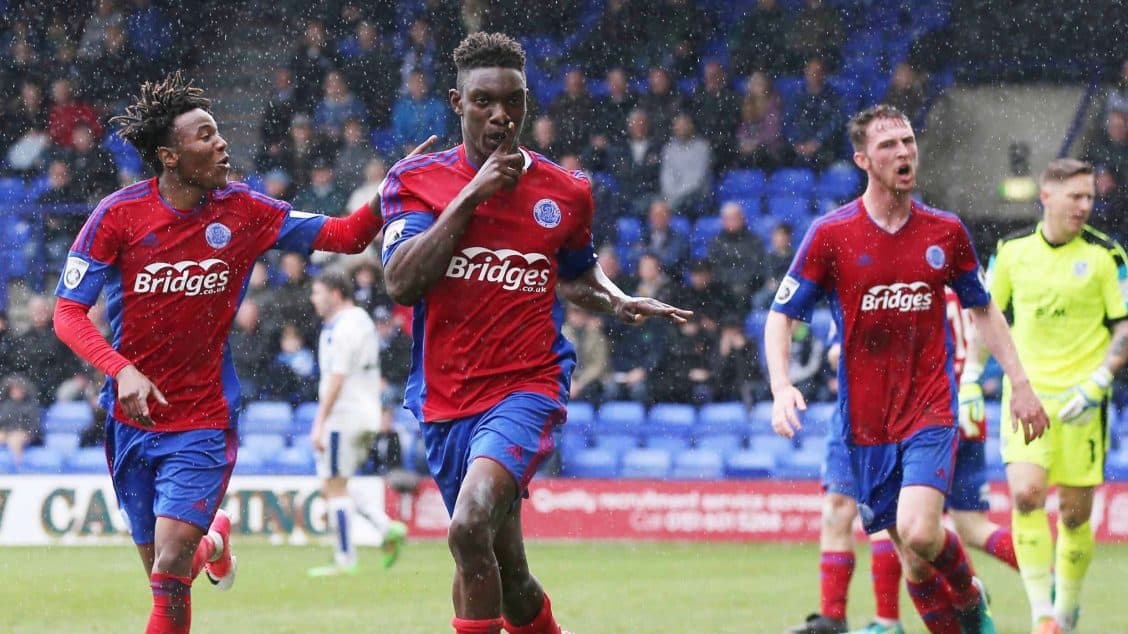 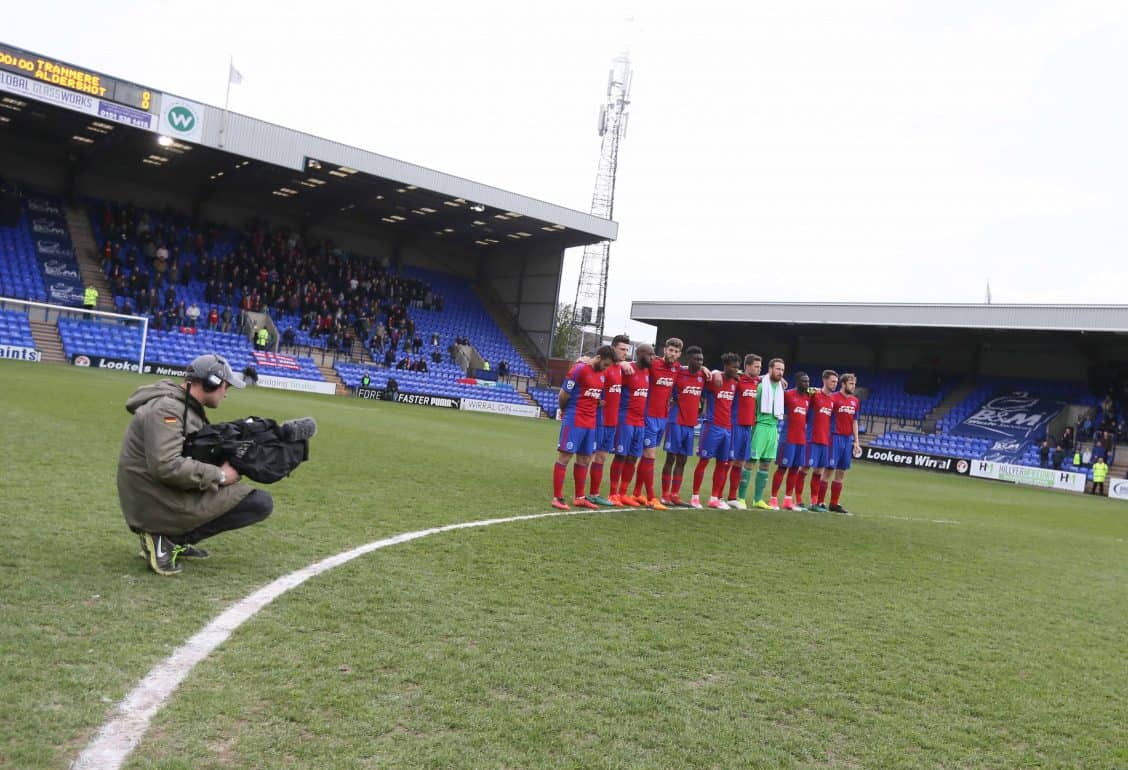 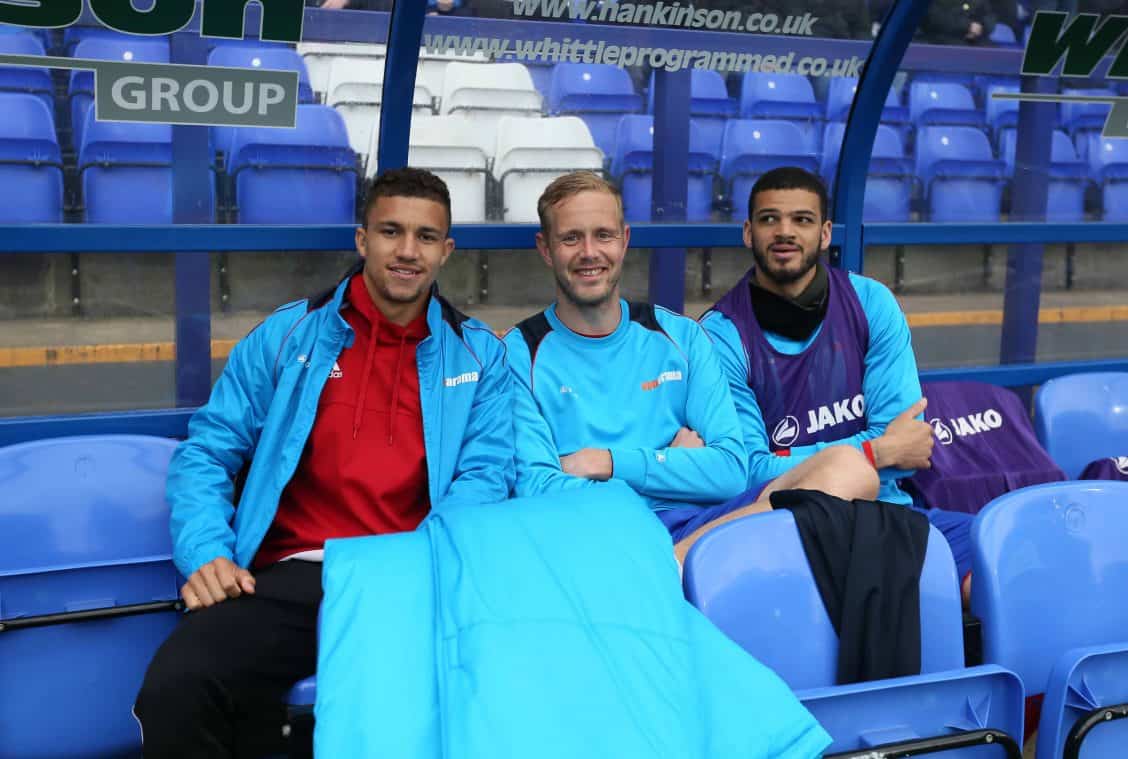 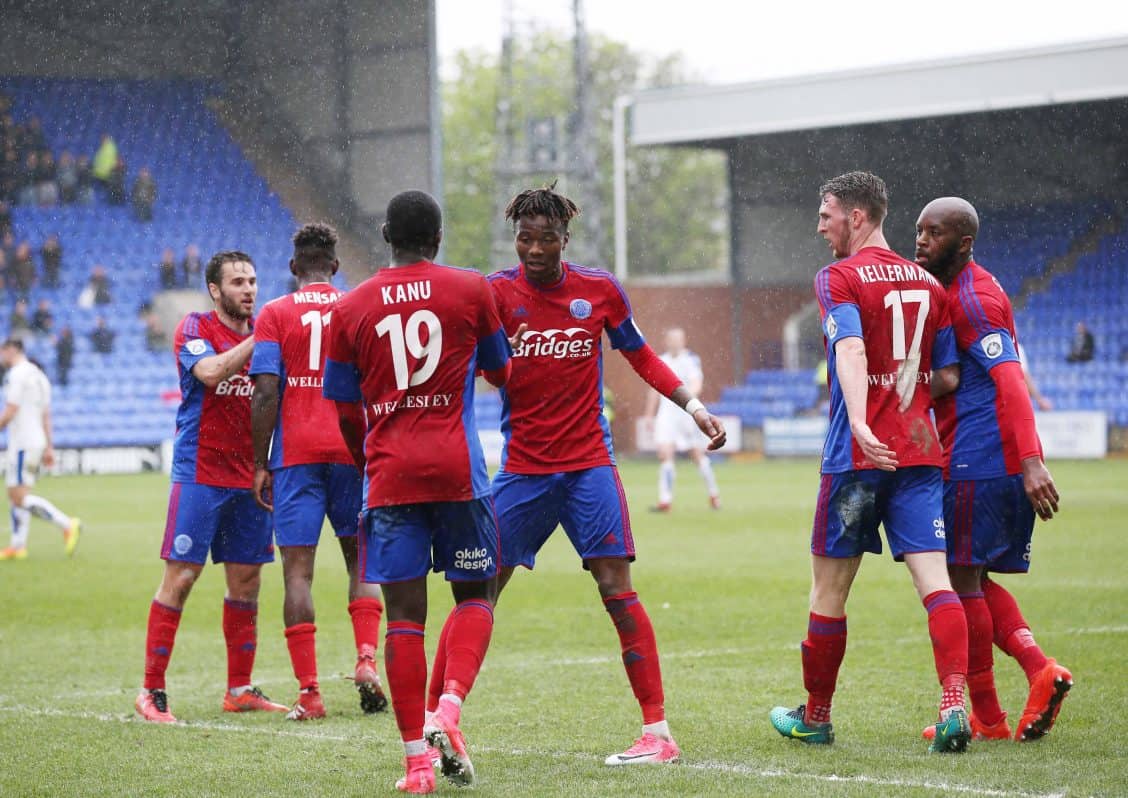 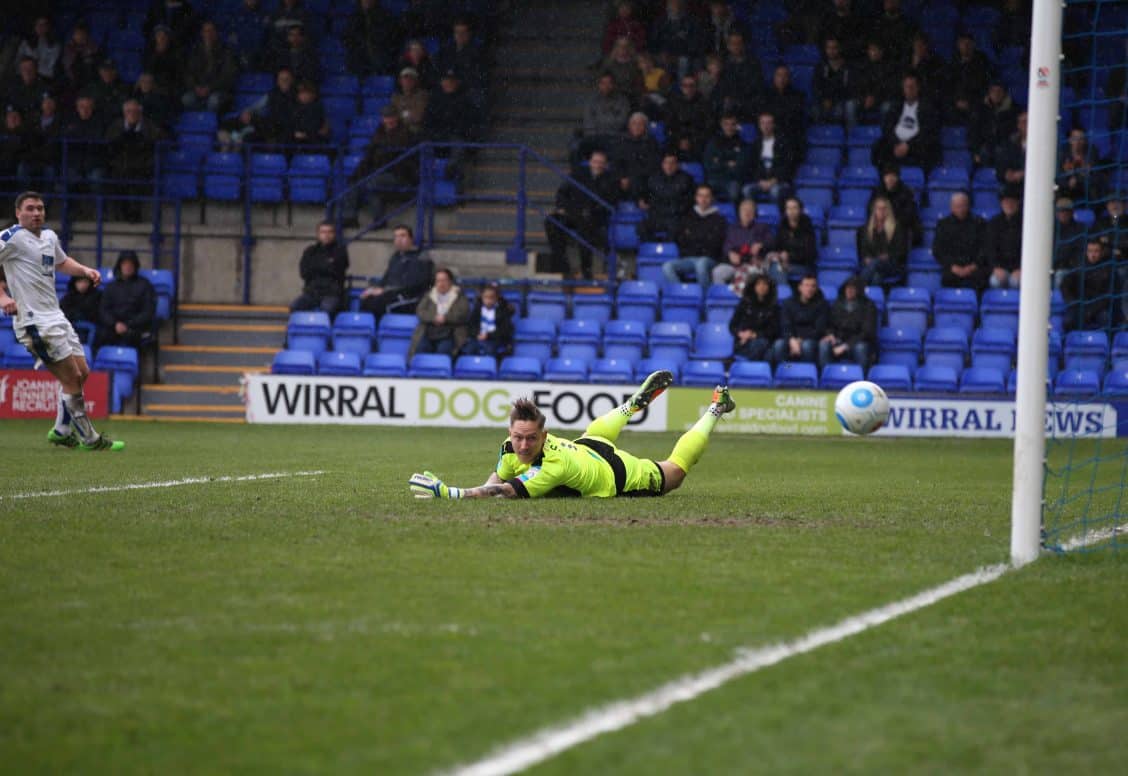 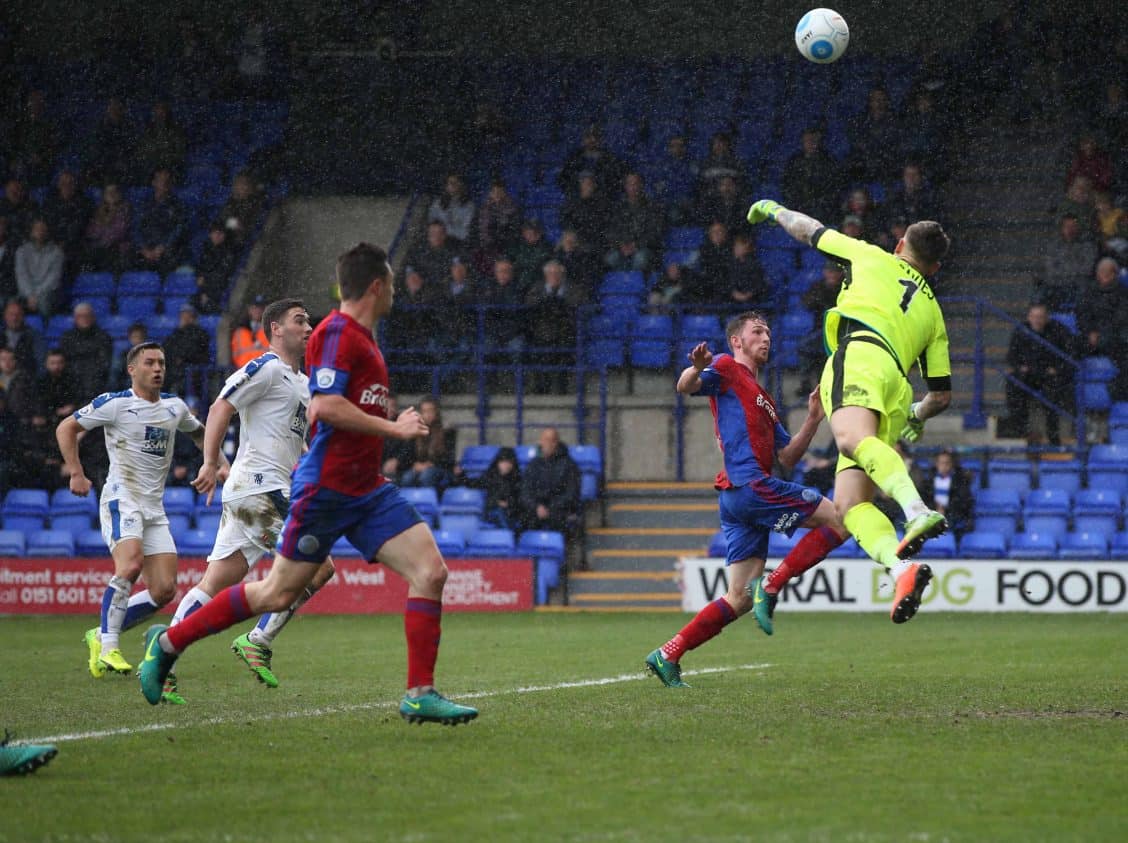 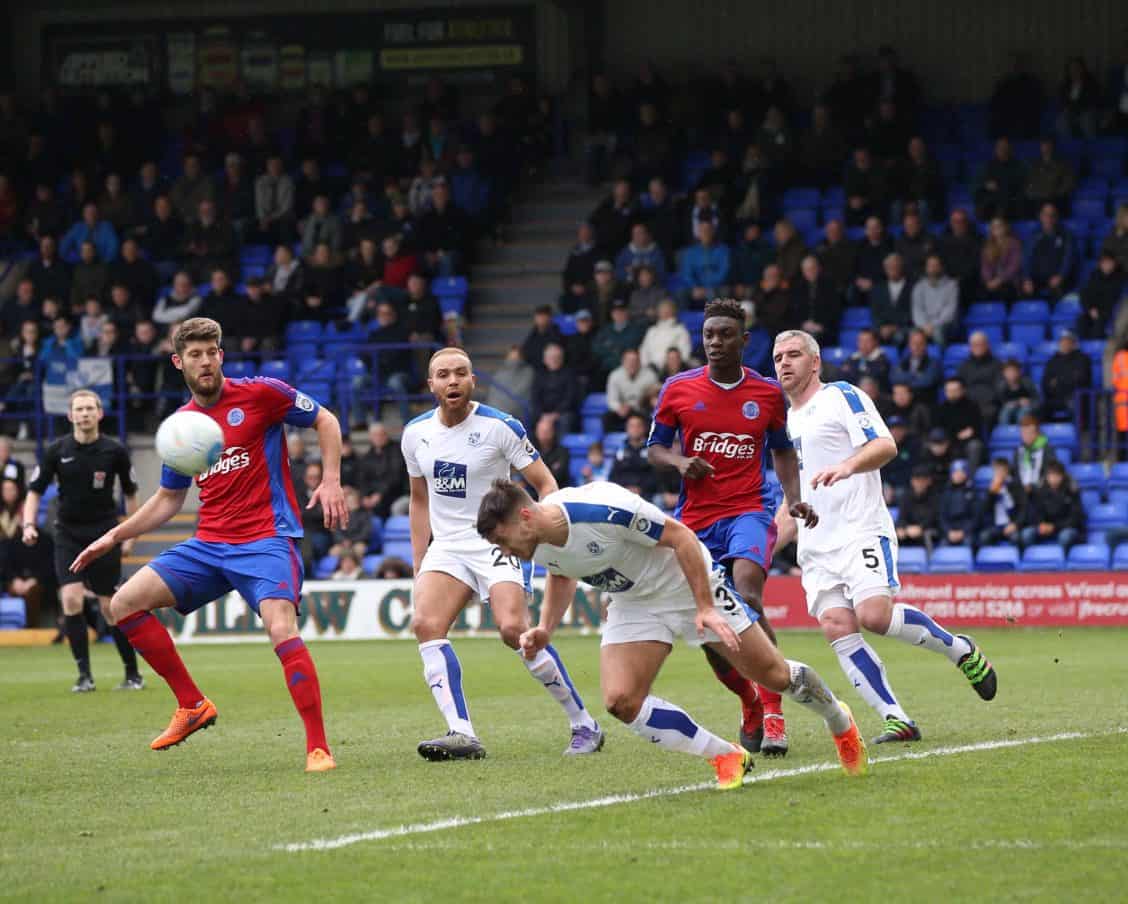 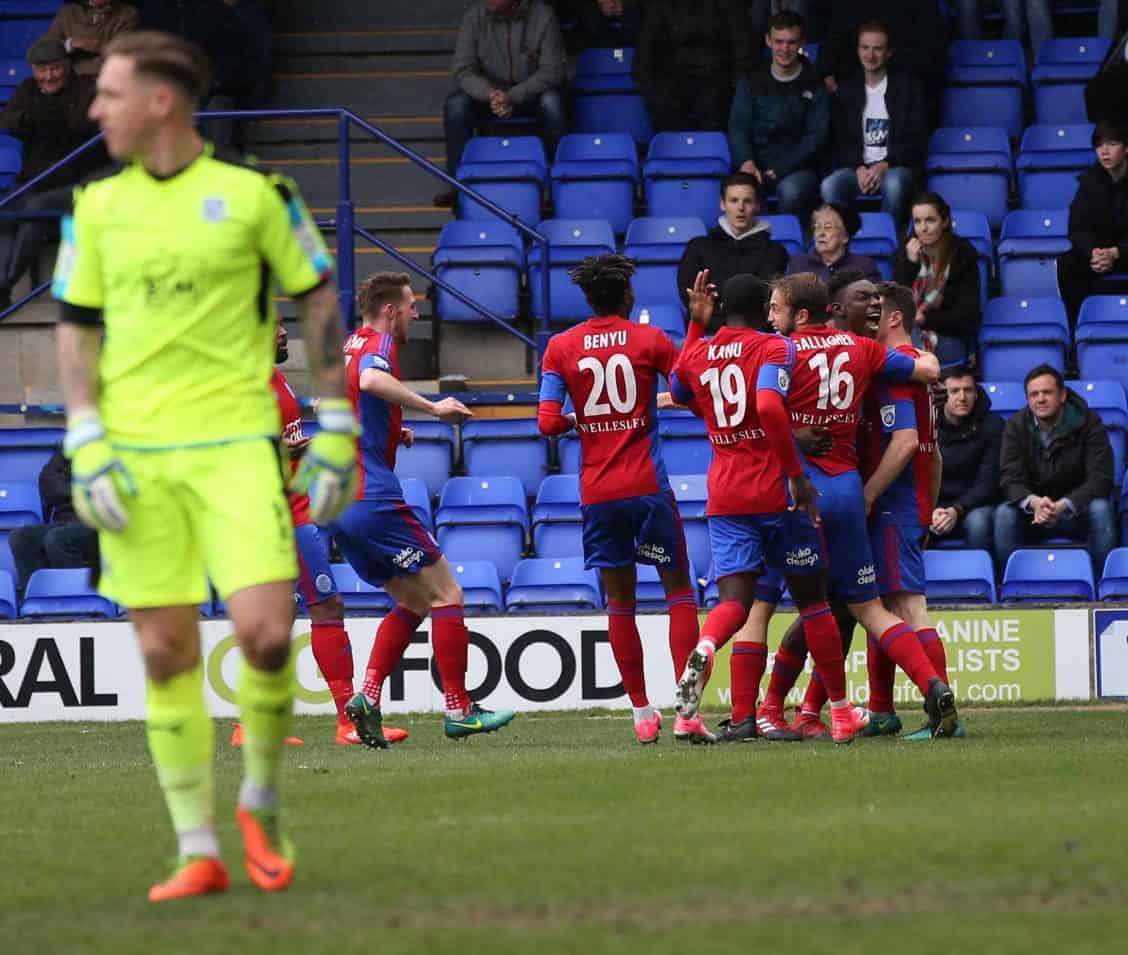 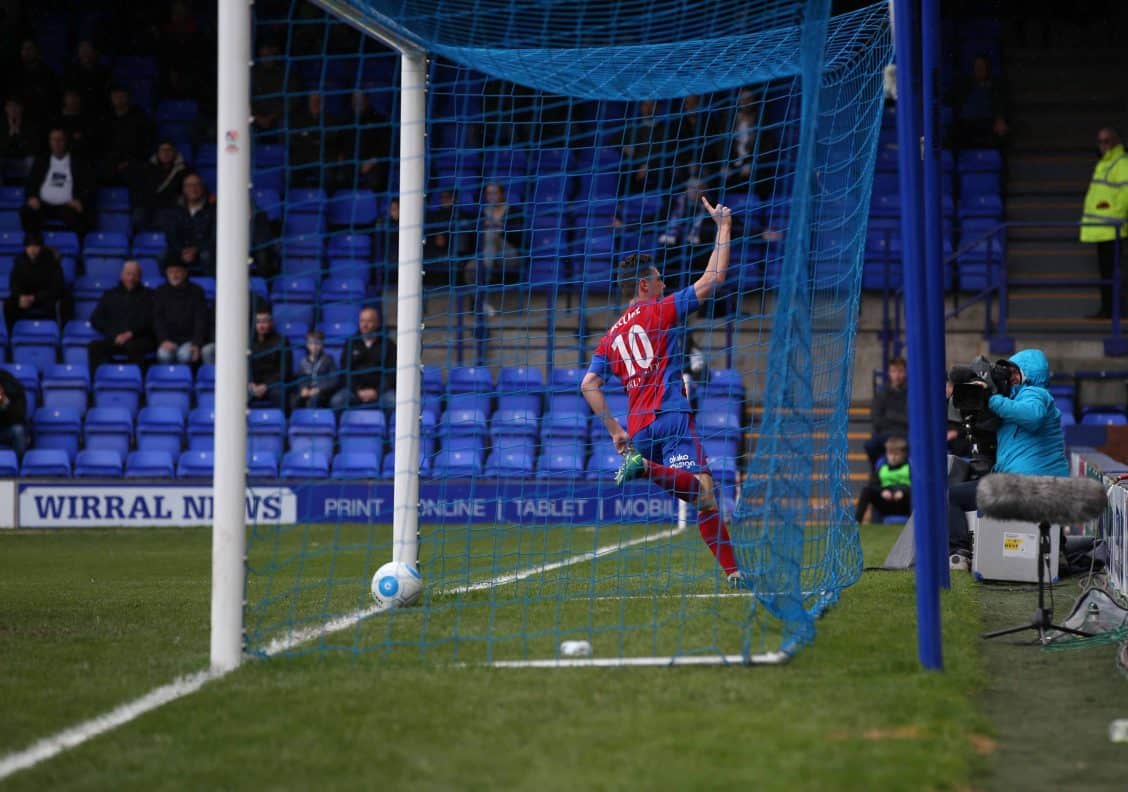