First-half goals from Shaun Okojie and Idris Kanu sealed a first victory of pre-season for The Shots.

Okojie notched his first for the Club in just the fifth minute, pouncing on a wayward defensive clearance from the left-back position to fire a shot across Shane Murphy via a slight deflection.

Mark Smith was called upon just two minutes later, making an excellent double save virtually on his own goal-line in first denying Young and then falling on the loose ball amidst a crowd of players. Immediately Murphy made another strong save, to deny Shamir Fenelon, but on 11 minutes The Shots had their second.

Okojie’s lay-off invited Mensah to play a crisp through-ball down the middle and Kanu finished well into the bottom corner.

Mensah was at the heart of everything good about The Shots in the opening quarter. He again played in Fenelon for an angled drive which was saved by Murphy, then hit the crossbar with a towering header and hit a shot towards the top corner, only for Murphy to again tip it past the post.

Aldershot Town continued to create good chances but it took an alert save from Smith, in blocking Adekunle’s angled effort after being played in by Whittingham, to preserve the two-goal advantage at the break.

It could still have been three, on 43 minutes, as Murphy parried Okojie’s stretching effort, but the myriad changes at half-time saw the second period produce less opportunities.

Kellermann, who had begun the game at right-back, then moved into an even more unfamiliar central defensive position after the break due to Tshibangu’s hamstring injury.

Matt McClure fashioned two half-chances, one of which brought another good save from Murphy, but on 71 minutes it was a Totton substitute who pulled a goal back, as Nathaniel Sherborne directed a powerful header across Jake Cole into the bottom corner of the net.

In the final seconds, Murphy tipped Wrightman’s shot onto the post, but Gary Waddock was satisfied with his side’s fitness at the start of a tough week which sees the squad travel to Bath University for a three-day training camp. 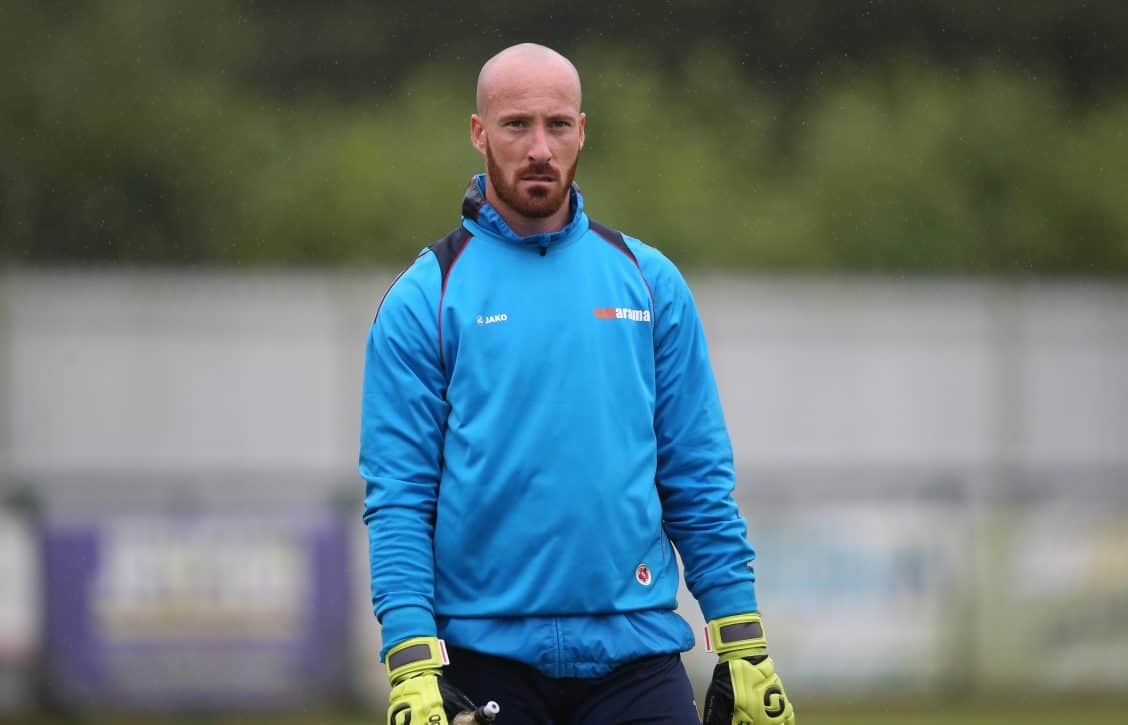 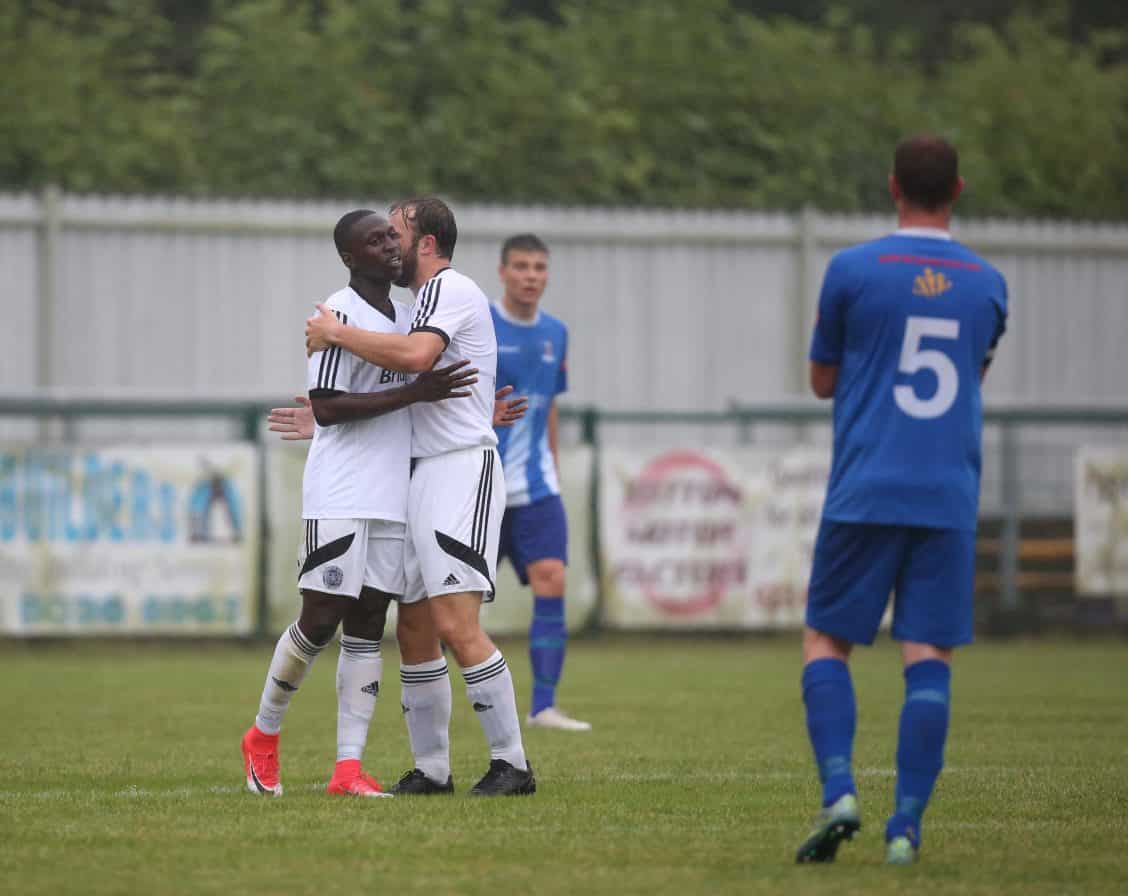 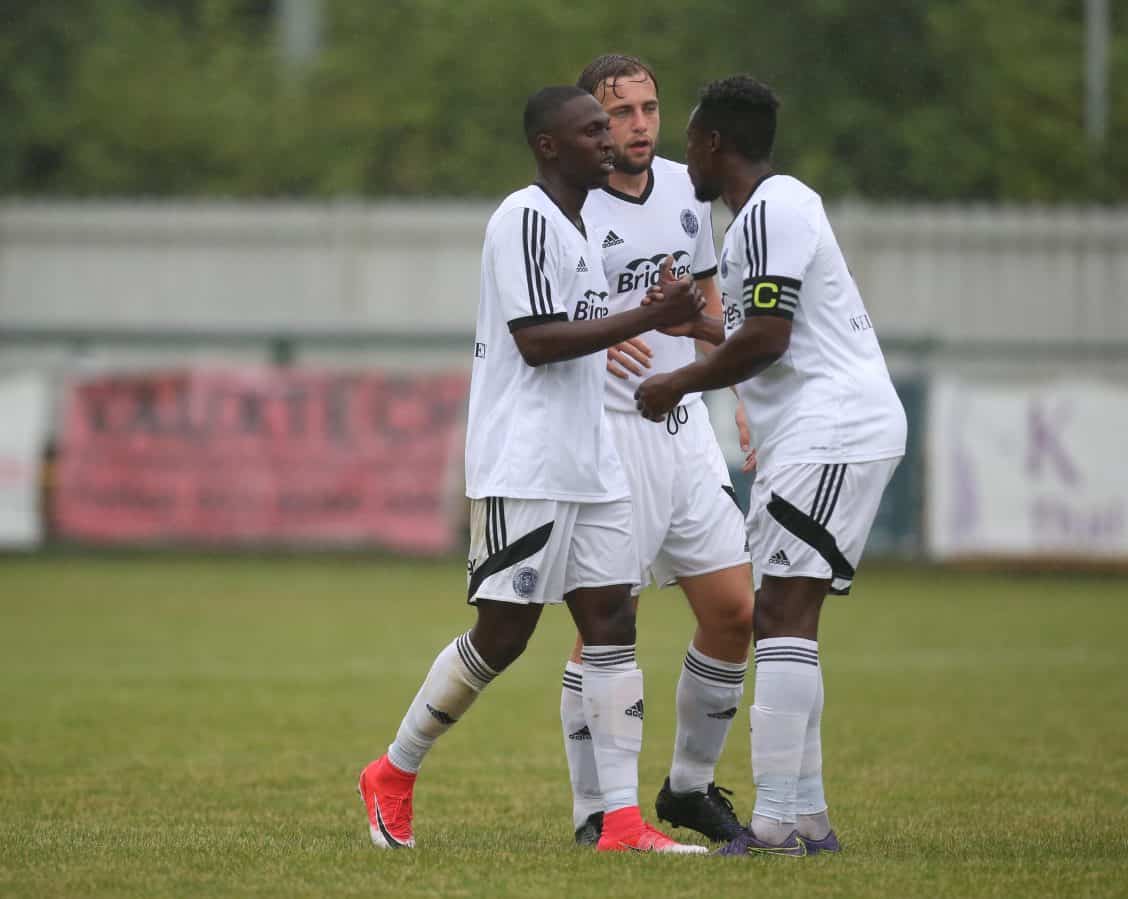 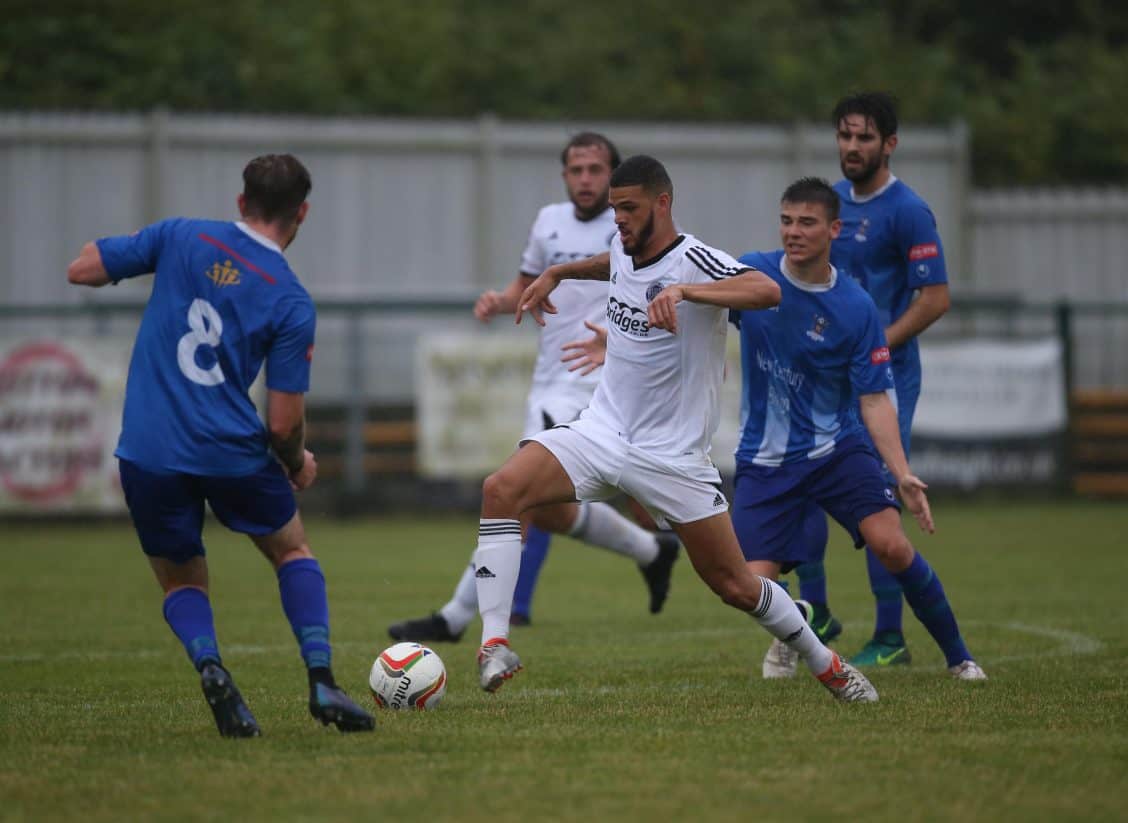 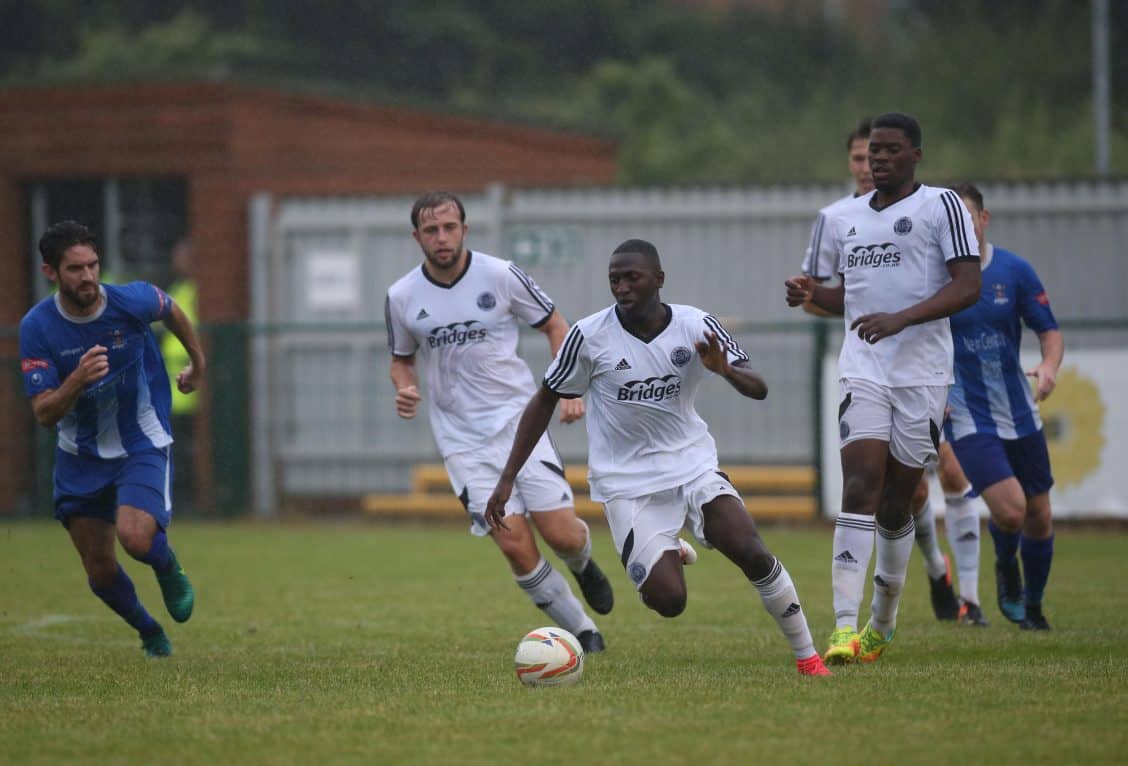 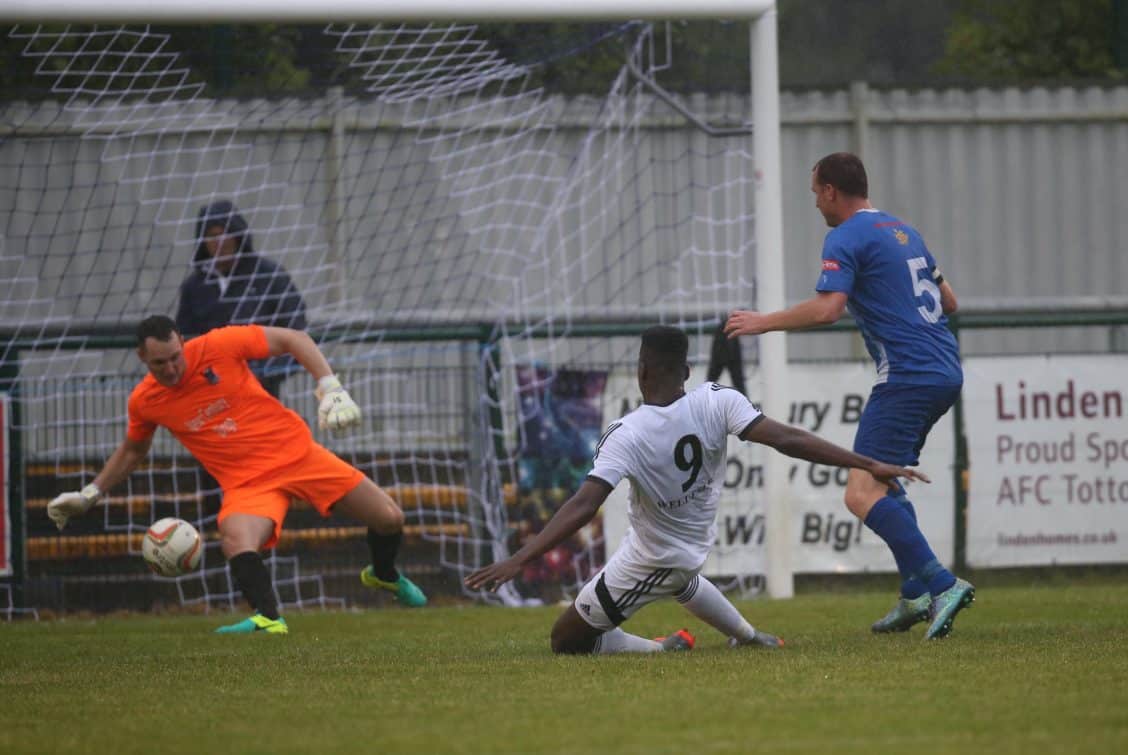 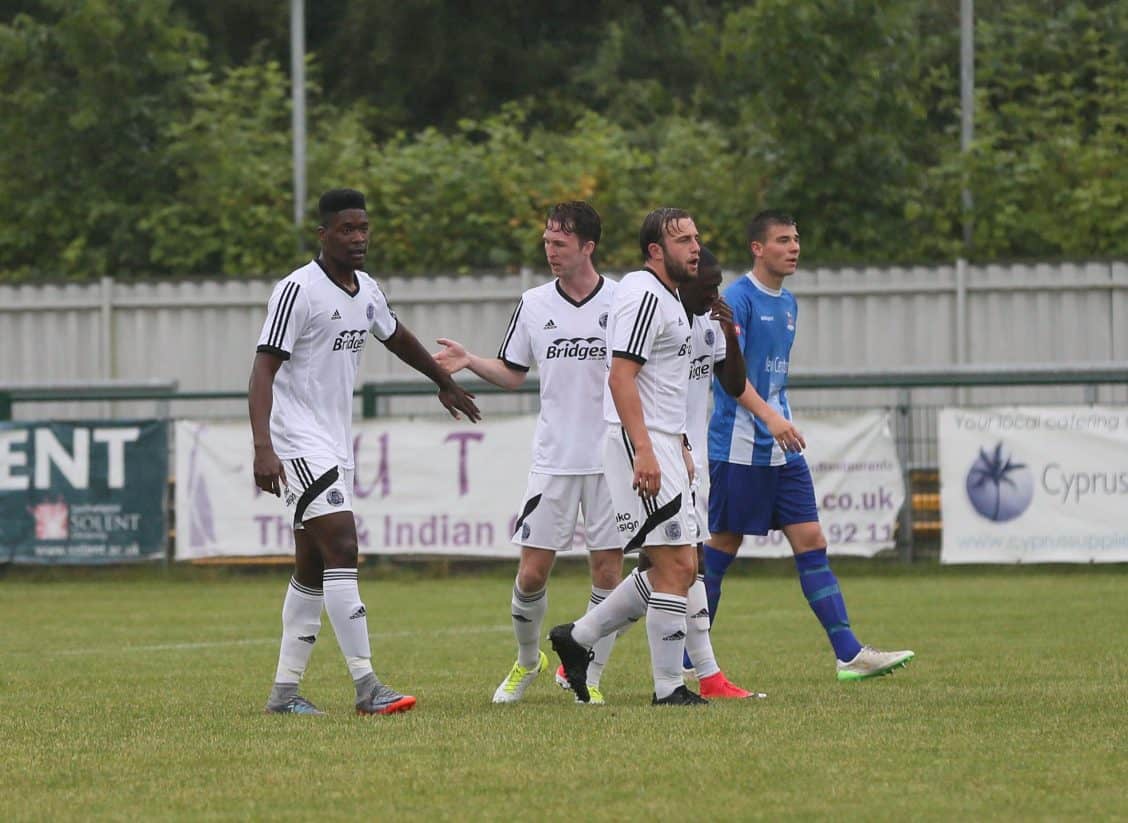