Will Evans graces the cover of your award-winning matchday programme, The Shots, tomorrow, as we host North Ferriby at the EBB Stadium.

The BIG Interview is with Liam Bellamy, who discusses the bond he already feels with Shots fans.

Anthony Straker plays the Alphabet Game, whilst Scott Rendell selects his Best XI featuring a Shots legend and young Premier League star who was “the best player on the pitch even at 15”. 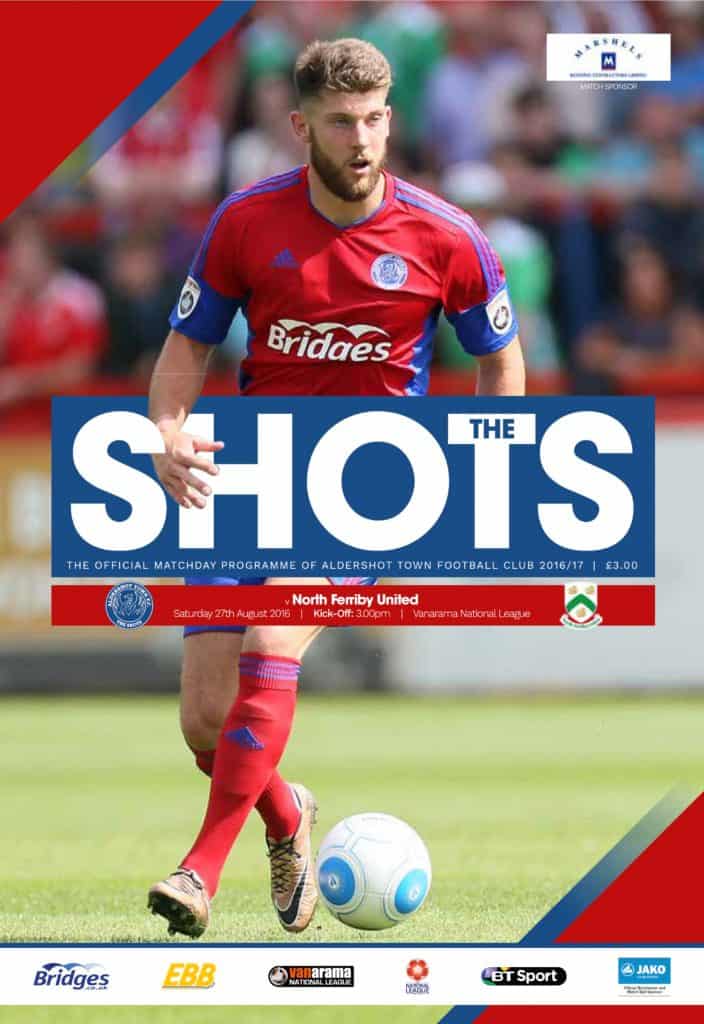