The Shots let the lead slip twice as Bedford Town earned a FA Trophy first-round replay in an absorbing six-goal thriller at the EBB Stadium on Saturday afternoon.

That lead didn’t last long as Aldershot’s constant pressure paid dividends. Gerry McDonagh, who proved a handful throughout the contest in his first home appearance since joining the club, had his shot deflected before Shamir Fenelon guided the ball through goalkeeper Niall Cooper’s legs.

Despite being on the back foot for the majority of the first-half, Bedford still created a pair of clear-cut chances. Former Arsenal and Watford defender Gavin Hoyte had his header sway narrowingly wide of the target whilst Will Mannion tipped Dan Walker’s goalbound delivery behind the post.

Thankfully, it was the Shots who went into the interval with the lead as the dangerous McDonagh roofed his strike under the bar from a tight angle, leaving Cooper with no chance.

The weather conditions continued to play it’s part heading into the second half with strong gusts of rain and wind pelting down on the already slippery turf.

It looked as though the hosts would be coasting to full-time until an astonishing final 20 minutes allowed plenty of drama to unfold.

Eagles substitute Jermaine Osei latched onto Walker’s cross at the near post as Mannion failed to keep the header out levelling the scoreline in the 72nd minute.

With just five minutes of normal time to play, Luke Wanadio, who earlier had an identical swinging strike kept out by Cooper, saw the ball sail into the top-right corner.

However, the Shots left themselves vulnerable when scoring as Bedford grabbed the definitive equaliser. Matt Bozier was dispossessed facing his own goal by Walker with Mannion saving the winger’s attempt before the Shots’ keeper parried Ford’s long-range effort straight to Osei, who couldn’t miss sliding home the rebound.

In what was a solid performance from a depleted Shots’ side that could only field two substitutes, Gary Waddock will be thoroughly disappointed that his team have to travel to The Eyrie on Tuesday night for the replay. 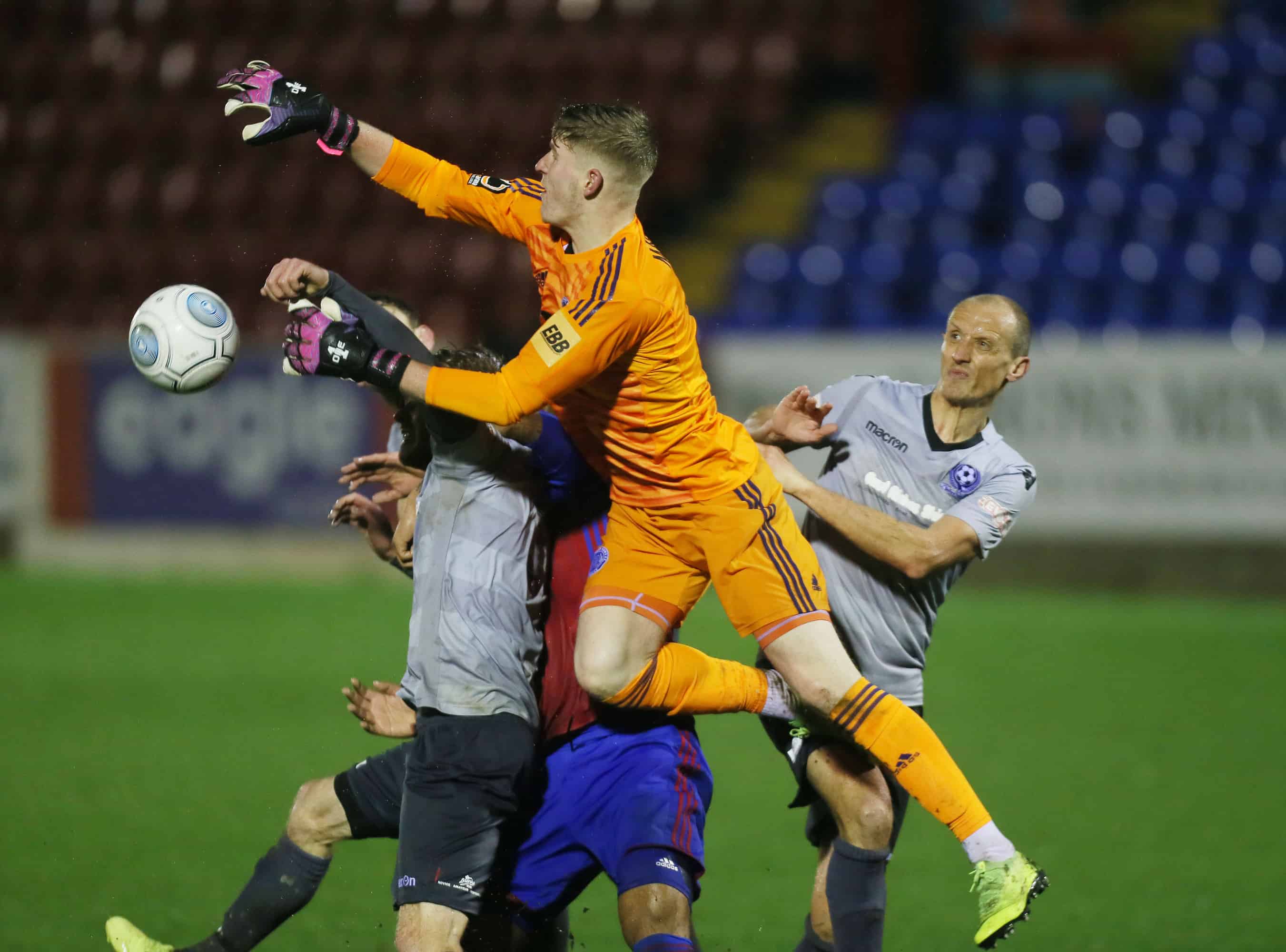 mannion under preasure from benson 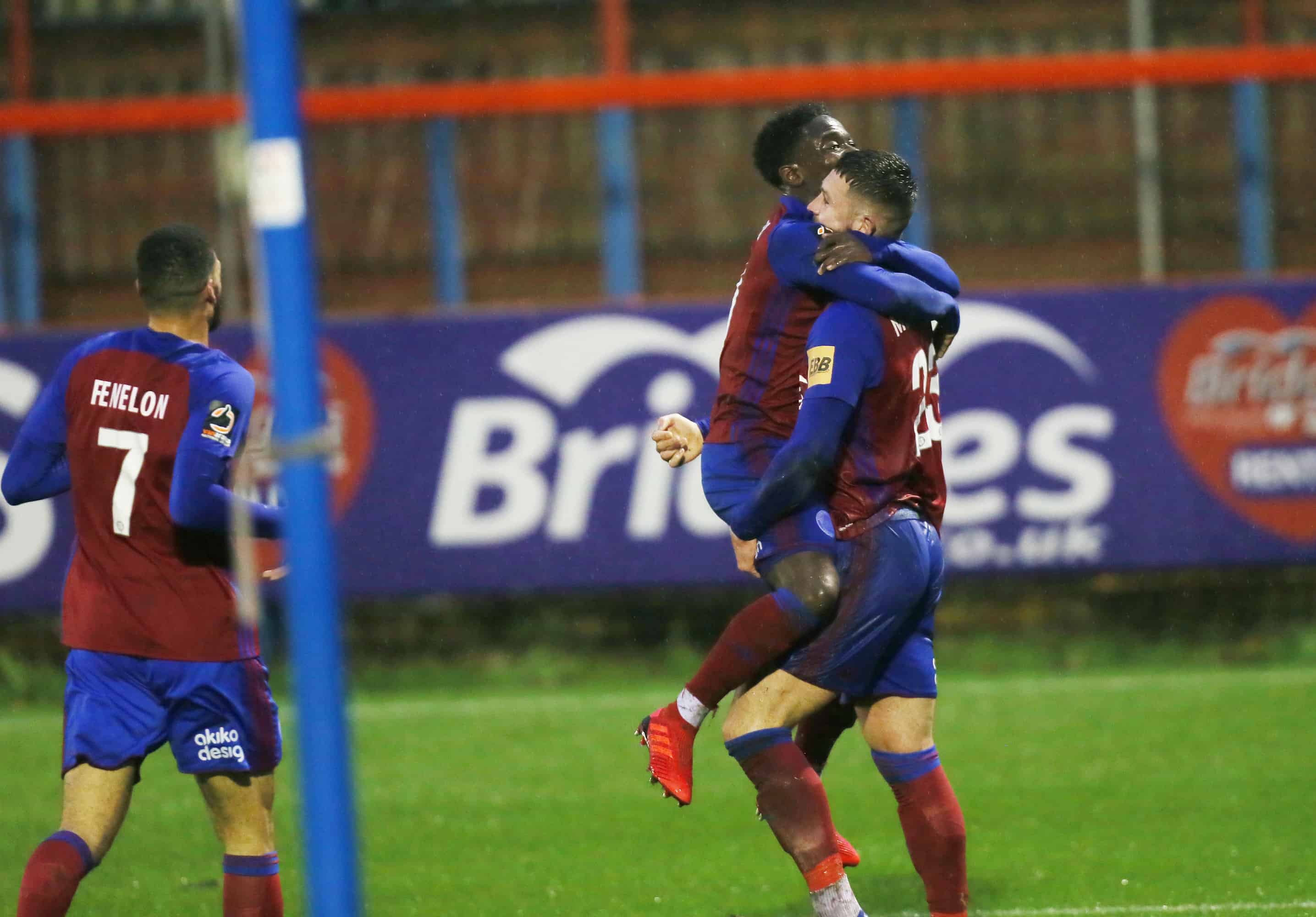 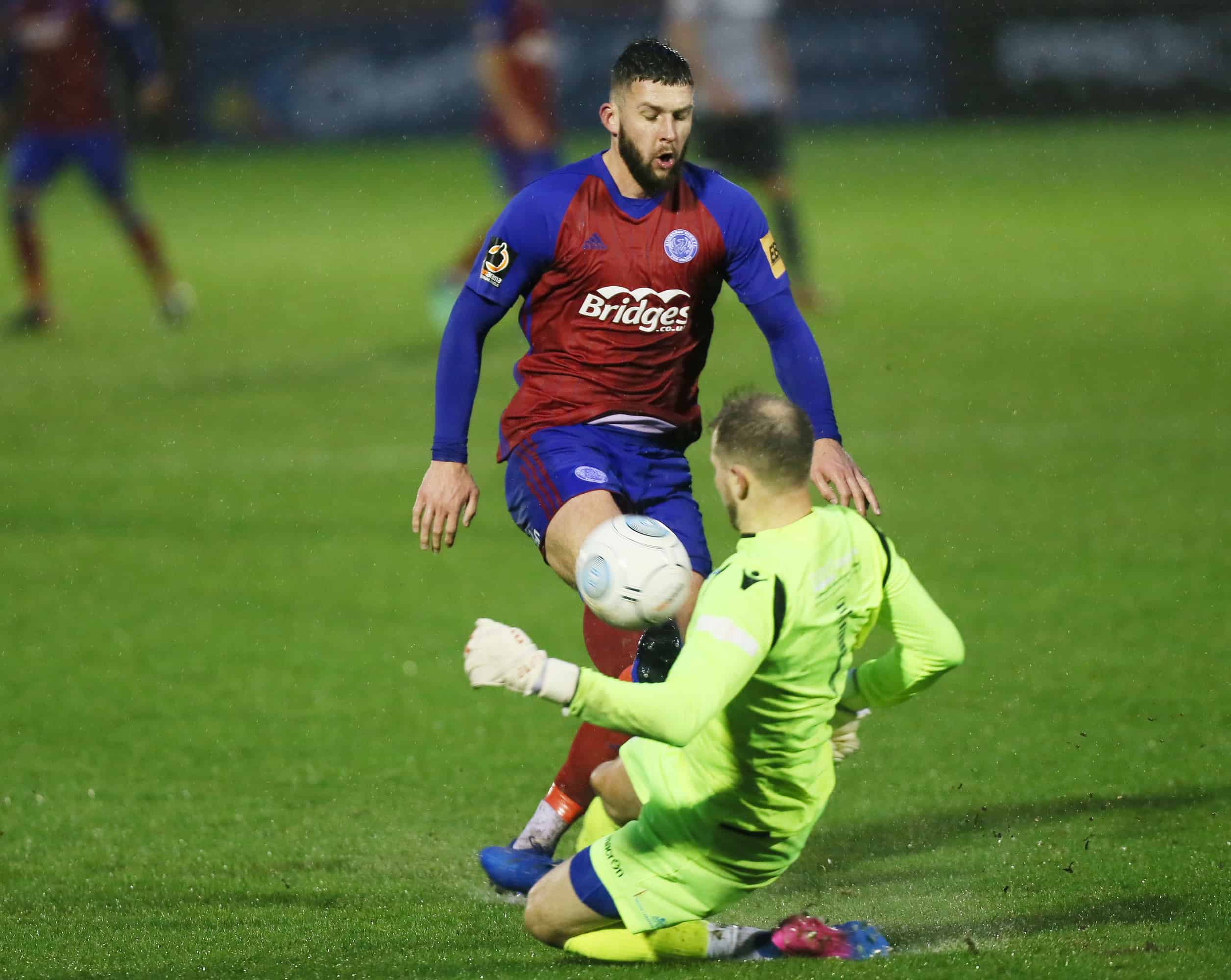 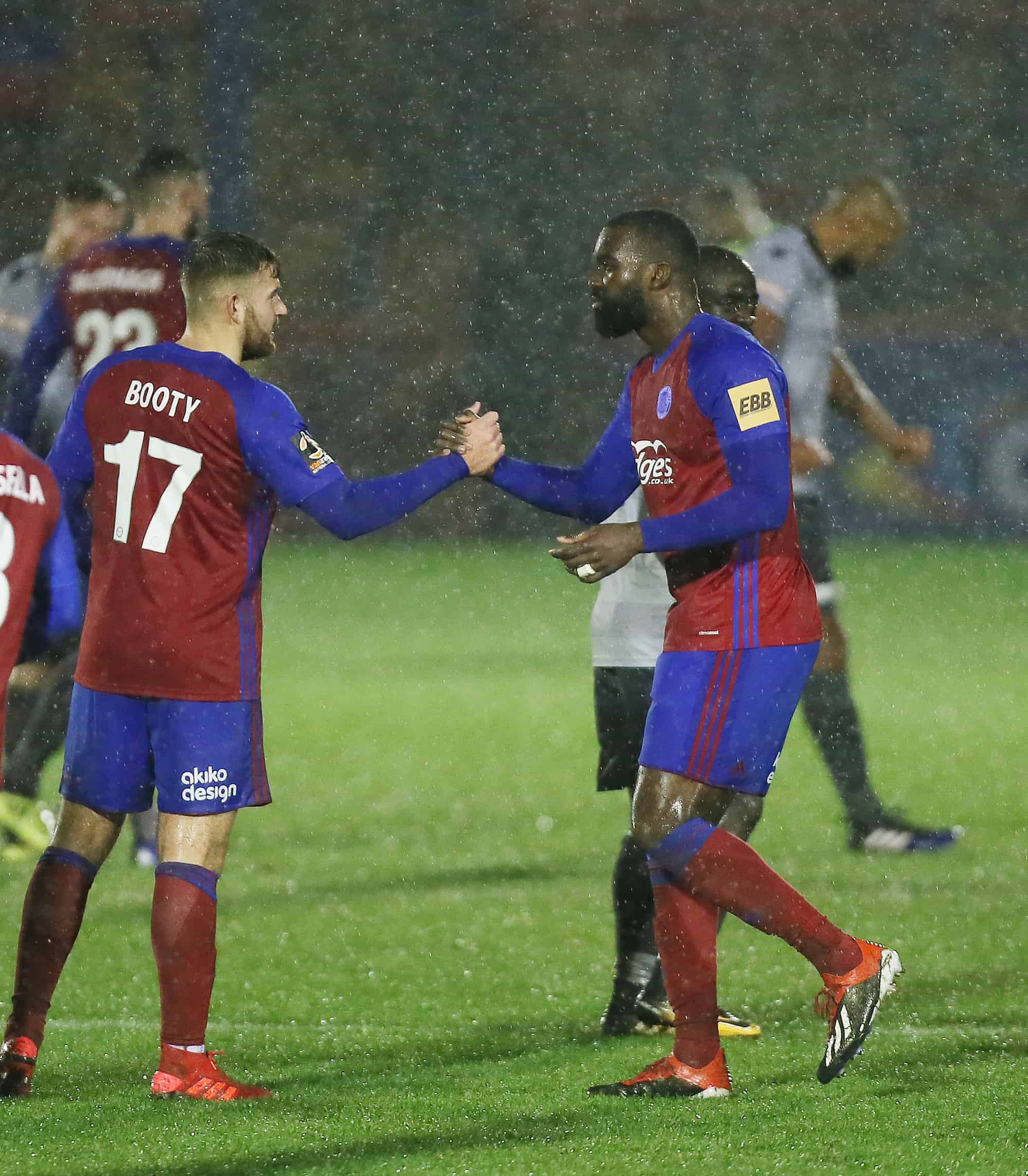 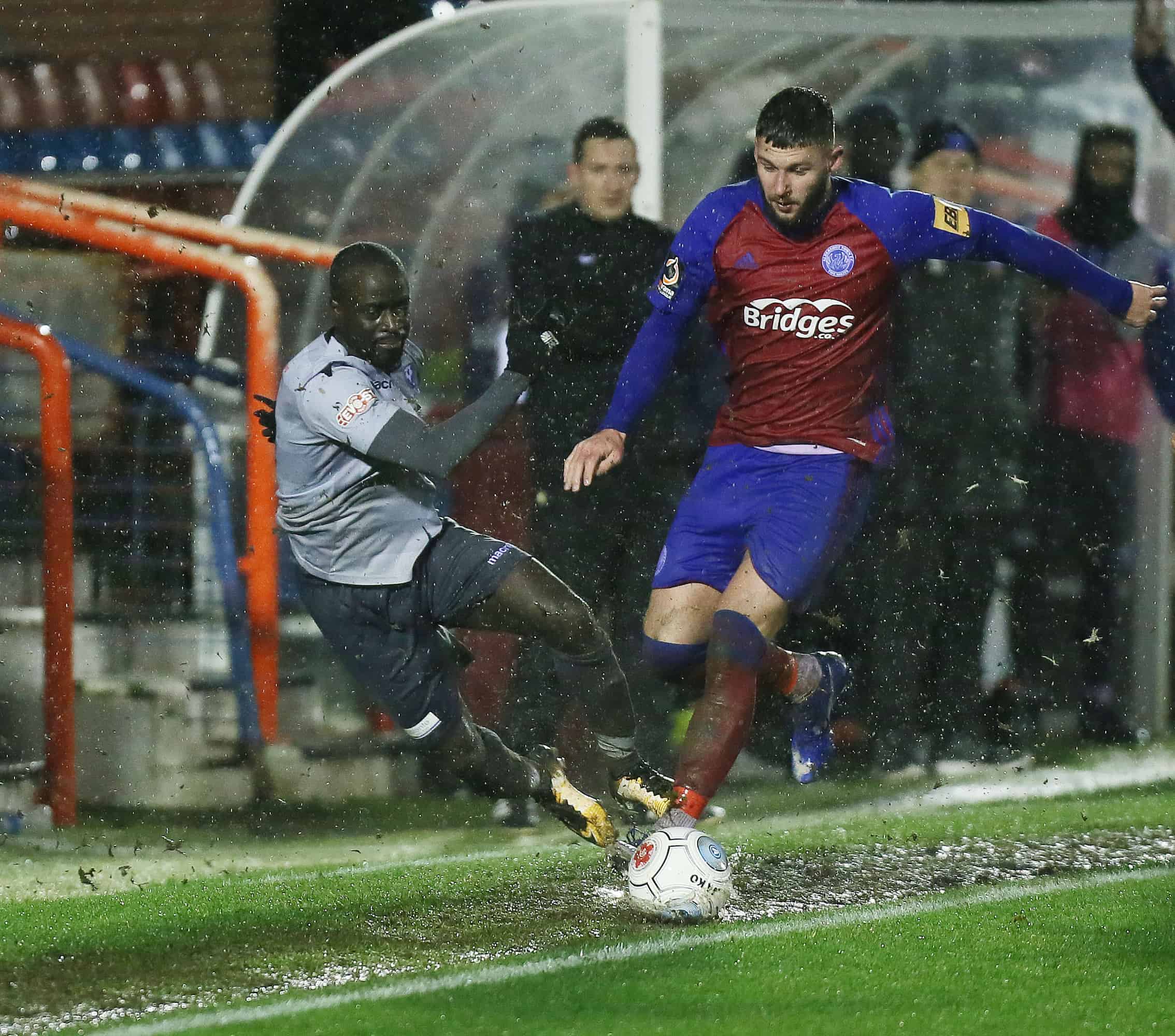 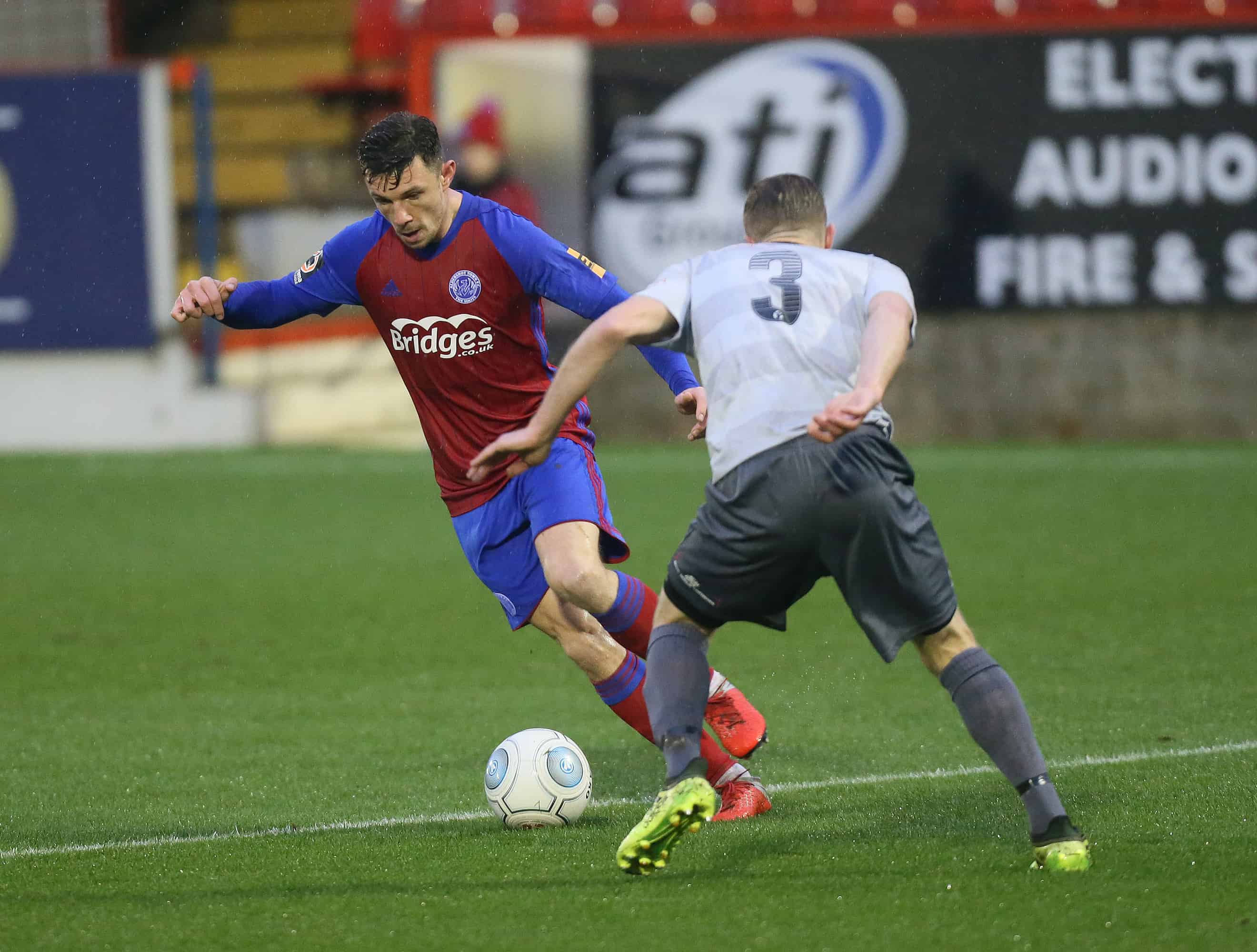 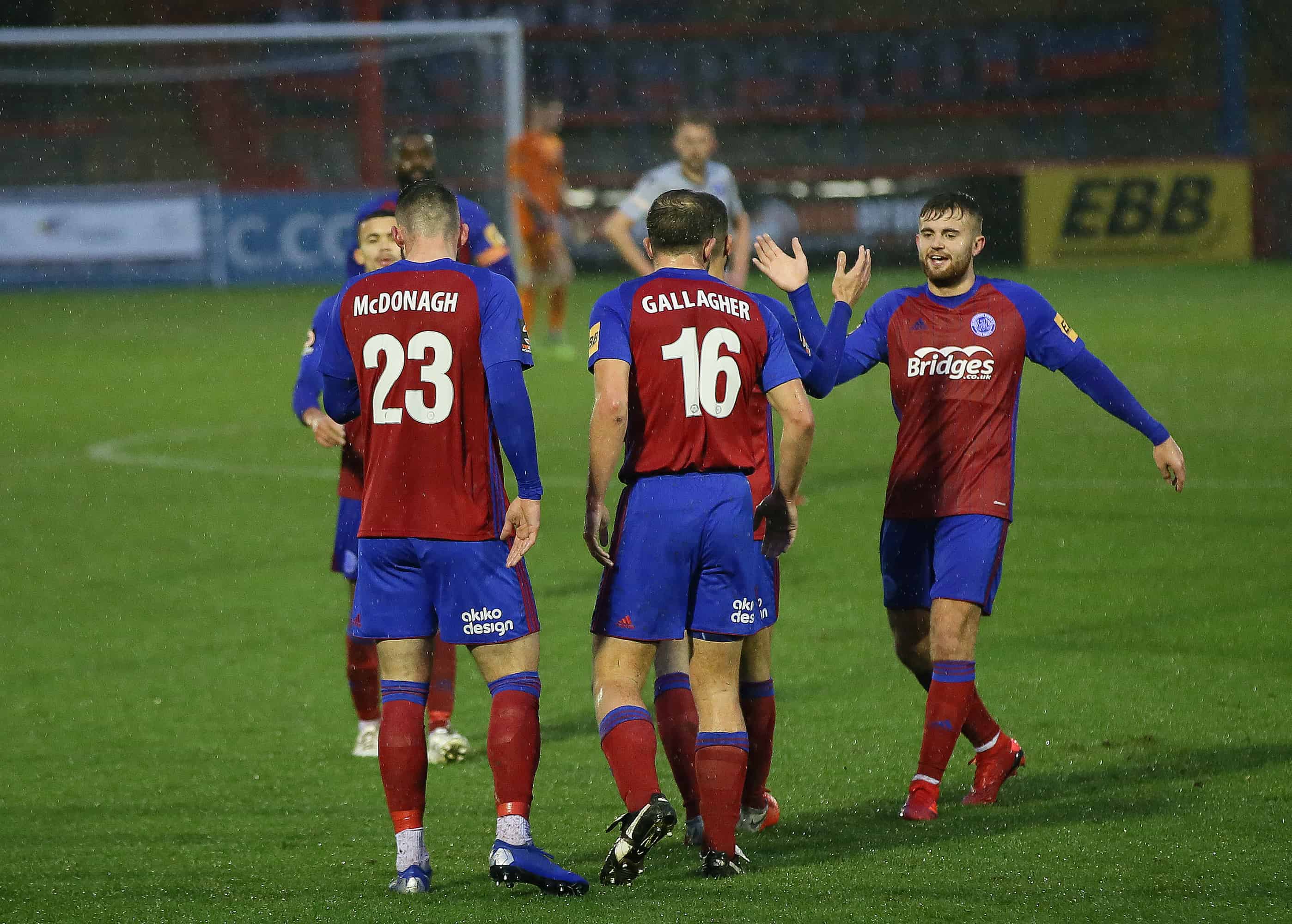