Aldershot Town football club are proud to support our key workers! We thank them for everything they do and continue to do during this crisis.

Shots fan Scotty Lorimer used his initiative to produce an NHS banner and display it on the front gate of the EBB Stadium recently. 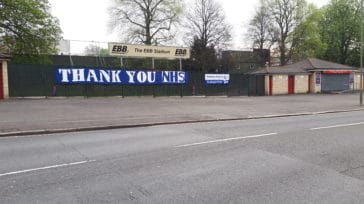 Scotty was back at it again this week. A fellow supporter pointed out that he hadn’t recognised the key workers.

He was quickly on the job to amend this. Well done Scotty! 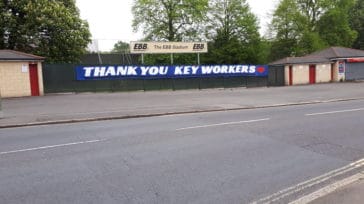 We are glad that we can be used as a place to show support towards our key workers and proud of what our fan base is capable of.

“Scott you forgot about key workers”

“Leave it with me” pic.twitter.com/X7rOI5amTy

If you want to also show what you’ve been doing to support key workers and the NHS then be sure to tweet us @officialshots !