Mr Owens, pictured with Finance Director Russ Howell, bought 500 shares before last Saturday’s Vanarama Conference game against Gateshead, and said: “After the Club achieved the target of reaching the Football League, it felt like I was on top of the mountain, and I will treasure and remember that forever. Then we had the relegation and administration, and it felt like running through treacle during those stressful and difficult times.

“When Shahid Azeem’s consortium won the fight to take over the club, I felt relieved that we still had a Football Club, but also knew what a difficult challenge lay ahead for them, and I have to say that I am pleased with the way they have re-structured the Club financially, plus kept costs under control, and that alone is a tough task.

“The Board now deserve a bit of financial support, so I have purchased 500 shares, and I feel comfortable with that purchase. It would be a nice gesture if others purchased some shares, as this Board of Directors is a lot stronger than it gets credit for.” 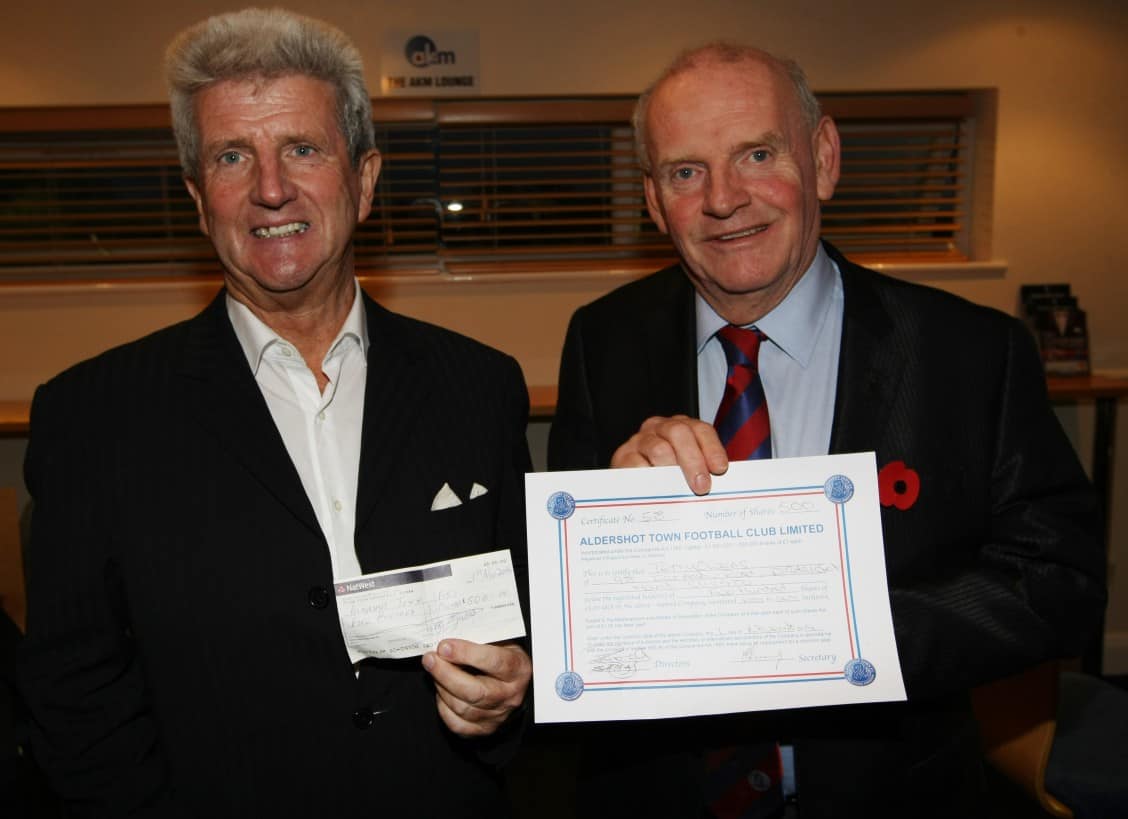