LATE TEAM CHANGES: Lewis Ward and Jim Kellermann picked up knocks in the warm-up and are replaced by Jake Cole and Jake Gallagher

Four changes for Gary Waddock’s Shots against Wrexham, as Will Evans, Jim Kellermann, Shamir Fenelon and Scott Rendell all return to the starting XI.

Fabien Robert is on the bench, whilst Cheye Alexander, George Fowler and Nicke Kabamba drop out of the squad.

The Dragons make two changes from Tuesday’s draw against Solihull Moors, bringing in Jonathan Franks and Marcus Kelly in place of Paul Rutherford and Akil Wright, who drop to the bench. 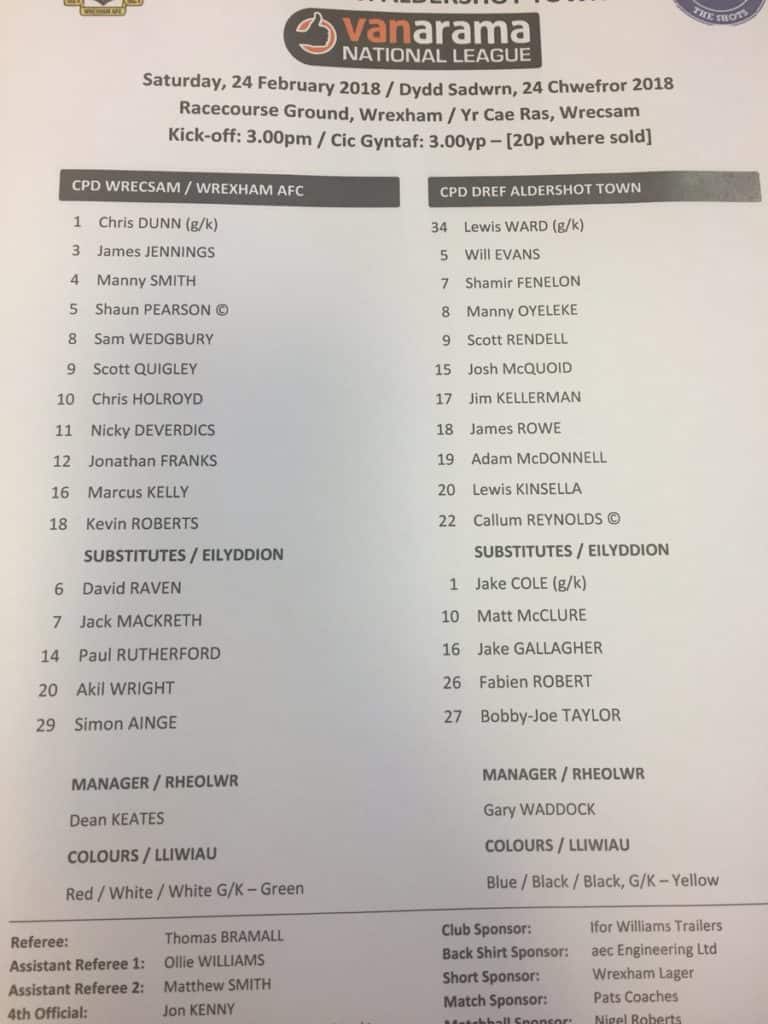 Aldershot Town made it four points from a possible...

AWAY DAYS: Wealdstone FC (A)

Aldershot Town make their next away trip of the ...

WHO ARE THE SHOTS PLAYING? Wealdstone, also kno...

FA YOUTH CUP: Our u18s will face either Christchurch u18s or Basingstoke u18s in the next round of the FA Youth Cup!

Our u18s will play either Christchurch FC u18s o...