Barry Smith makes five changes to his starting line-up as The Shots host Torquay United at the EBB Stadium.

Hatton and RIchards make their first starts since 2 January, whilst Saville starts for the first time since 5 December.

Sean McGinty, Jim Stevenson and Dan Walker drop to the bench, with Joe Oastler missing out through injury. 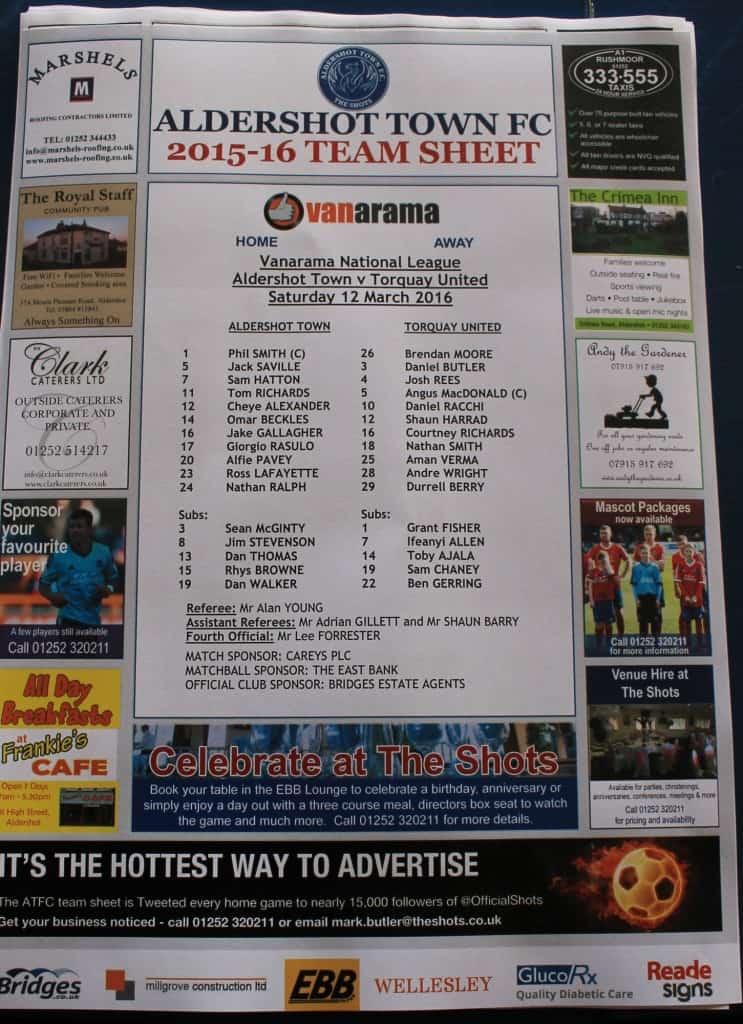