Scott Rendell replaces Iffy Allen, who drops to the bench.

Steve Burr makes seven changes for Southport after their 4-1 defeat to Barrow, including giving debuts to three of his signings made on Friday. 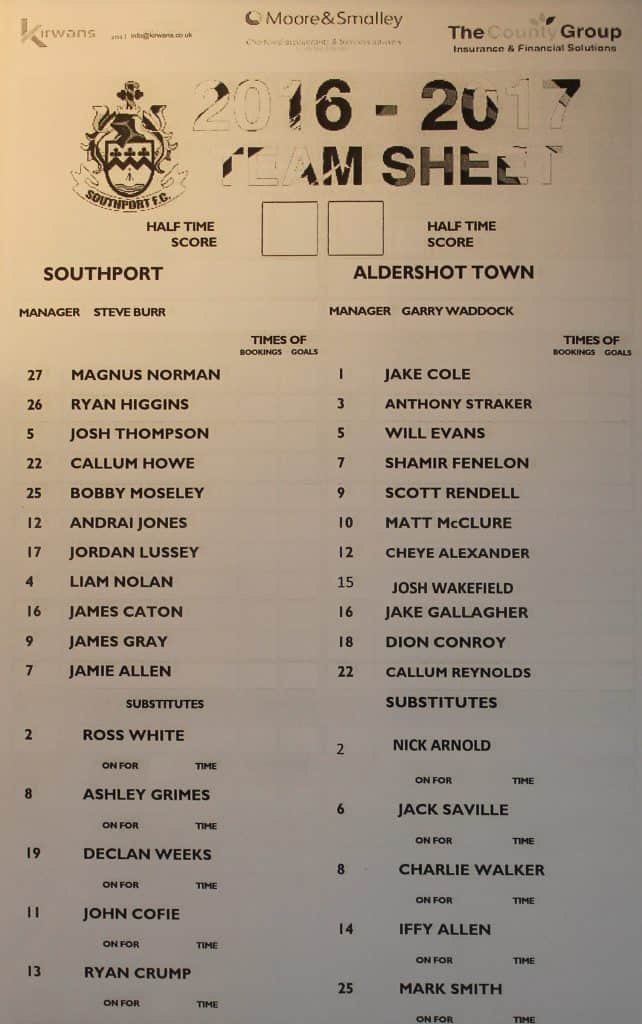