Gary Waddock makes two changes to his starting line-up for the Emirates FA Cup first round tie against Shrewsbury Town.

Shamir Fenelon and Fabien Robert return to the team. Mark Smith retains his place in the team, with 17 year-old Academy goalkeeper Luke Skinner named as a substitute.

Manny Oyeleke makes the 100th appearance of his career. 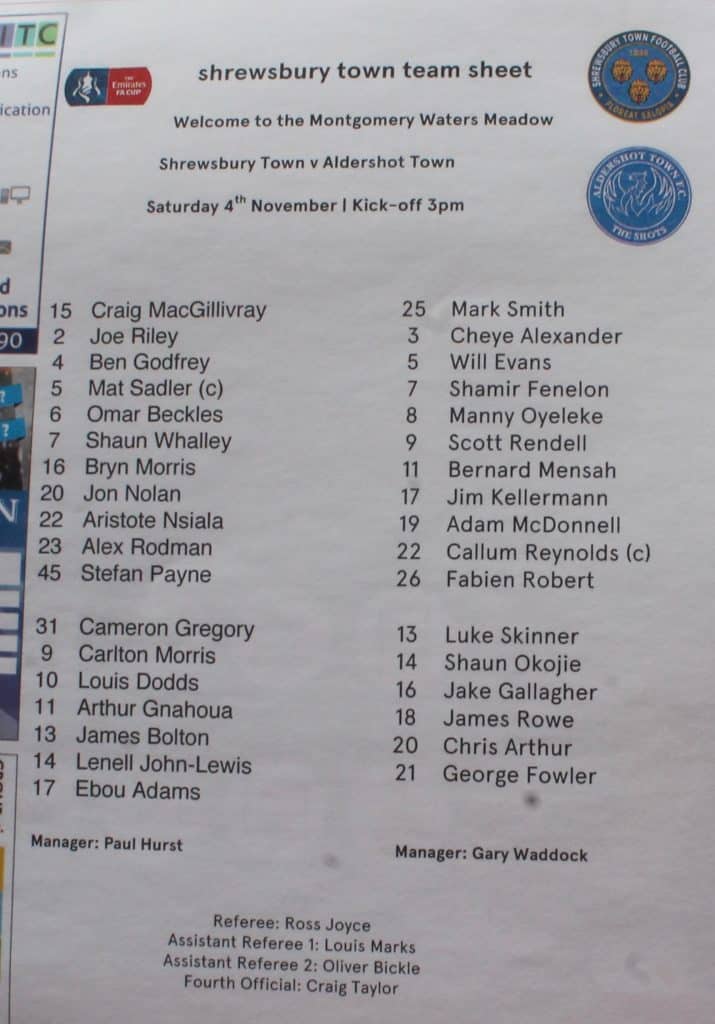