Gary Waddock makes one change to his starting XI as The Shots host Bromley at the EBB Stadium.

Shamir Fenelon replaces Bernard Mensah, who drops to the bench.

BREAKING: Bromley were unchanged but goalkeeper Ross Flitney has suffered a recurrence of his groin injury in the warm-up and is replaced by Billy Granger. Jordan Wynter comes in to the squad on the subs bench. 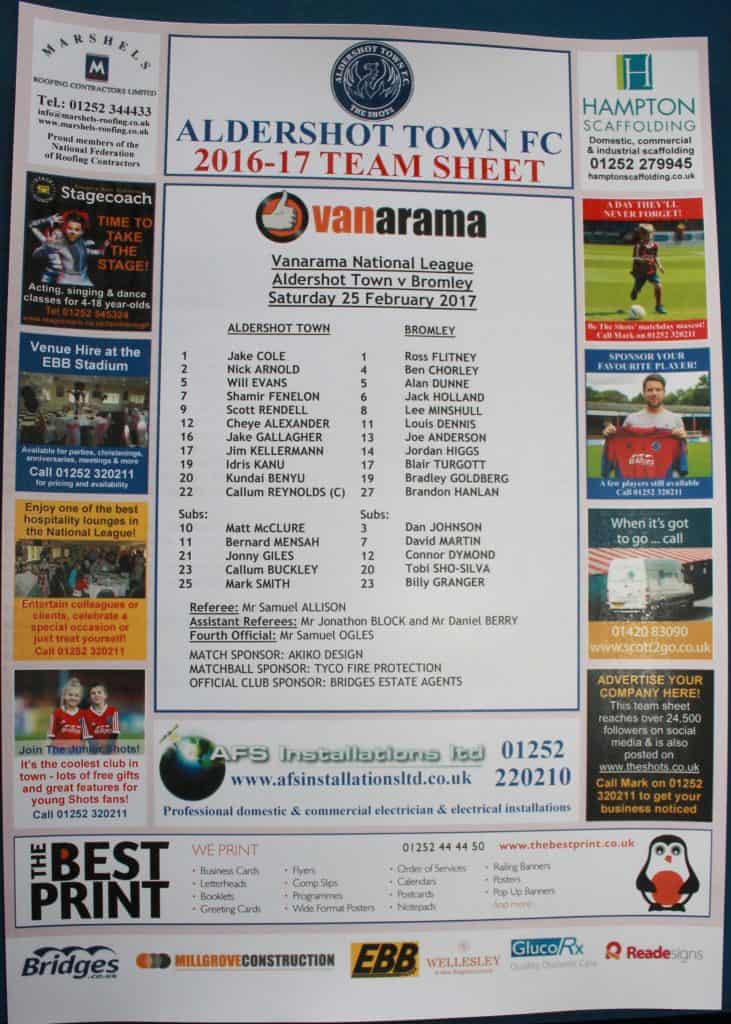