Gary Waddock names an unchanged team for the third game in succession as The Shots face Gateshead at the International Stadium.

Manny Oyeleke and Kod Lyons-Foster return from injury and suspension, respectively, and are named as substitutes. 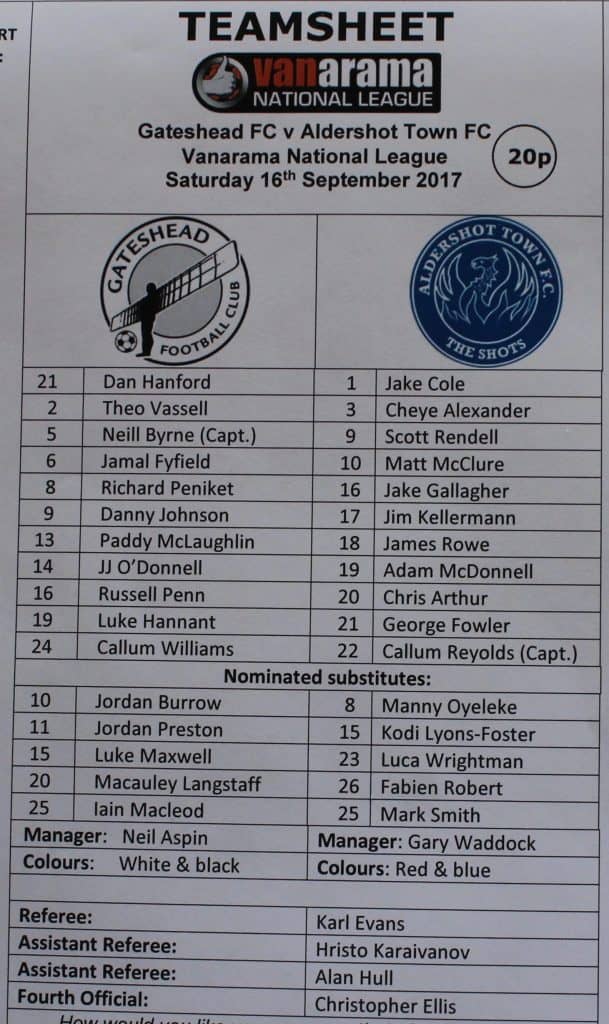