Gary Waddock gives a debut to Will de Havilland, James Rowe and Bobby-Joe Taylor as The Shots begin the National League season against FC Halifax Town at The Shay.

The hosts also give a debut to last-minute signing, right-back Michael Duckworth, who joined from Fleetwood Town last night. 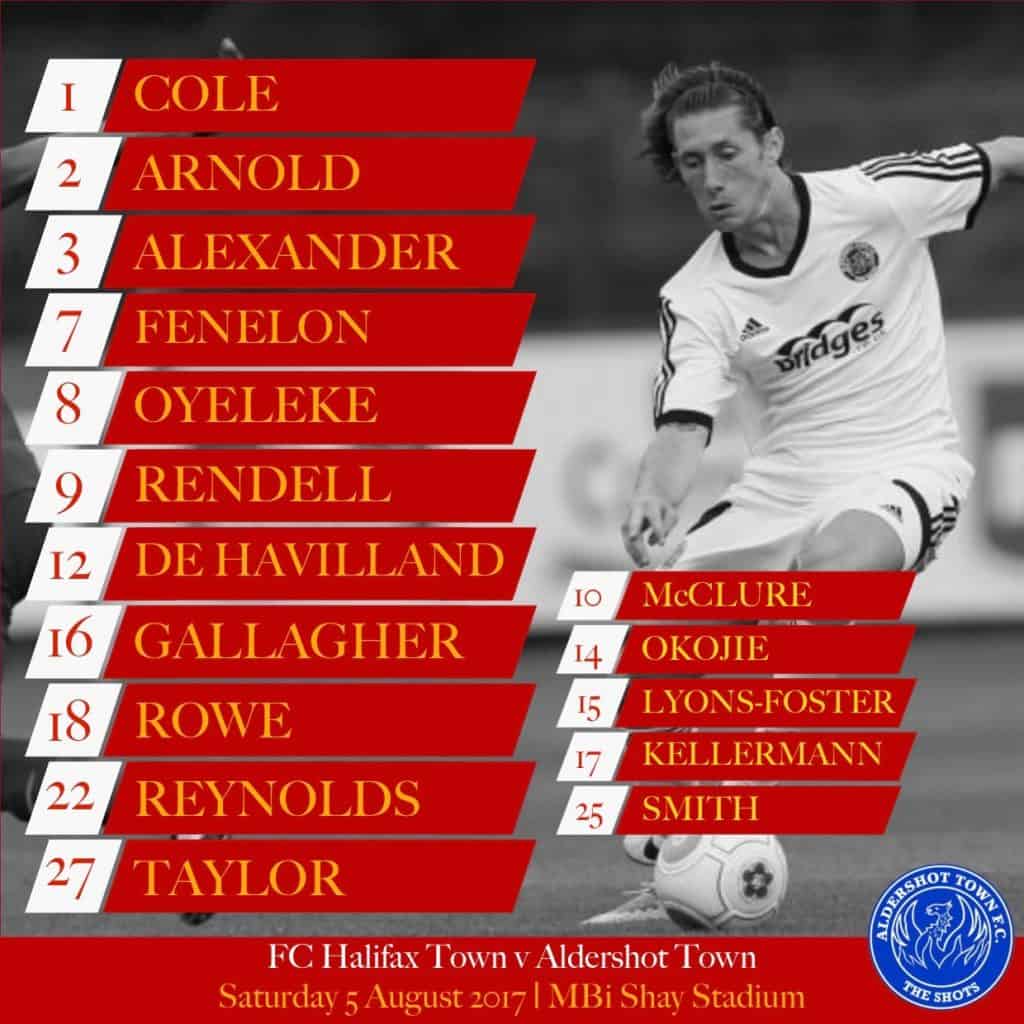