Barry Smith makes one change from Saturday’s defeat to Woking, as The Shots make the short trip south to face Eastleigh.

Charlie Walker replaces Richard Brodie in attack, as Marcus Harness also returns to the bench after serving his suspension with Ilkeston.

Eastleigh make three changes from the side which fought back from 2-0 down to earn a point at Bromley on Boxing Day. Lee Cook, Jack Midson and Dan Harding return to the starting XI, alongside former Shots players Joe Partington and Josh Payne. 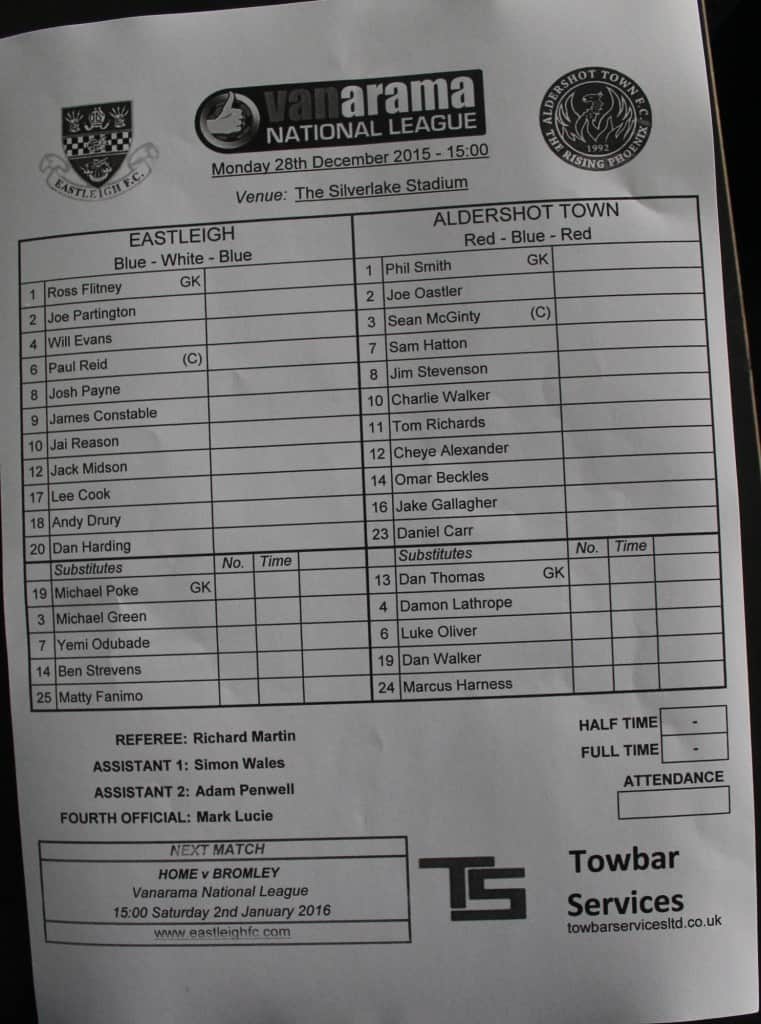